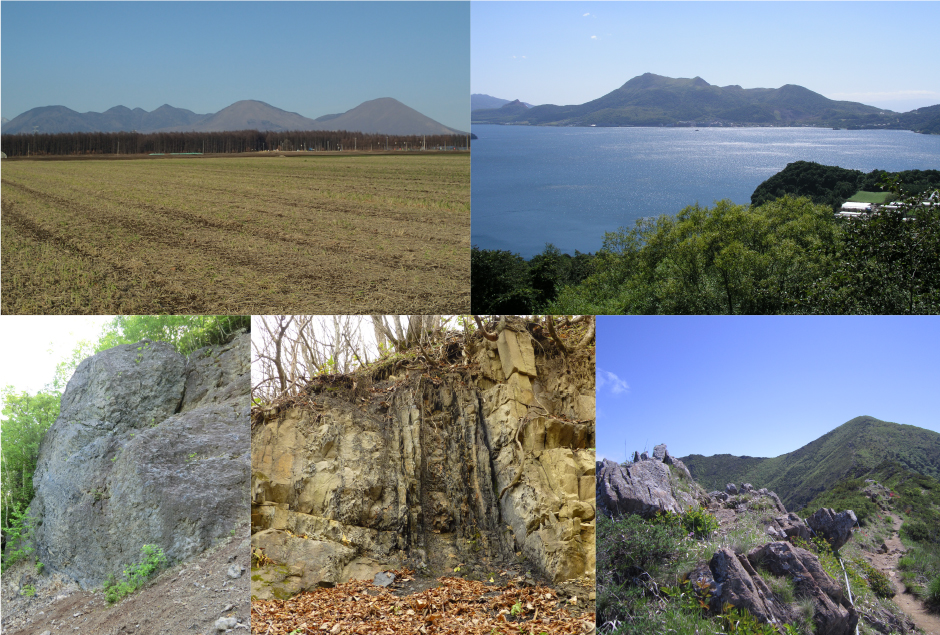 Let's go back a little in history and look at how Hokkaido arrived at its current form.

Some 80 million years ago when dinosaurs had dominion over the earth, rather than being one island, Hokkaido was scattered over an enormous area of thousands of kilometers. Western Hokkaido was part of the enormous continent that contains China and Russia, and eastern Hokkaido was a collection of islands far from its shore in the open sea. Later the various places that make up the lands of Hokkaido moved little by little with the shifting of the tectonic plates and after a while they began to bump into one another at the eastern end of today's Asian continent. The borders created the tall mountain ranges that bulge out of the earth. Around 20 million years ago, the lands that moved and bumped into one another moved to roughly the location of today's Hokkaido. Through the jostling of the lands, the rocks of the mantle that makes up the deep underground also finally showed their face. On the other hand, enormous of amounts of lava gushed forth from huge cracks in the land surrounding Hokkaido, and sea water penetrated those cracks and changed them into ocean.

Then the earth cooled off, and intense cold periods (ice ages) and somewhat warm periods (interglacial periods) began to alternate. The snow that fell in the mountains remained in place rather than melting, and some of it became glaciers that began carving out tall mountains such as the Hidaka Mountains.

The earth became warm beginning about 20,000 years ago, the snow and ice melted and the seas levels began to rise again. Hokkaido became an island like it is today.

The jostling of the plates continues today and it is for this reason that there are many active volcanoes on Hokkaido. 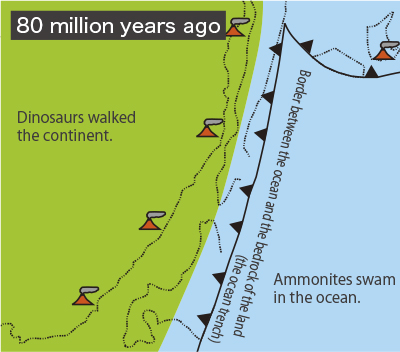 Hokkaido was still scattered over an area of thousands of kilometers, including part of the continent and islands offshore from it. 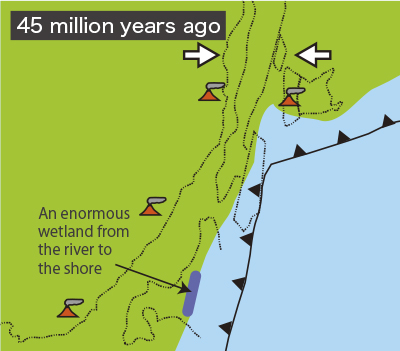 Hokkaido's lands gradually got closer to one another through the movement of the plates. 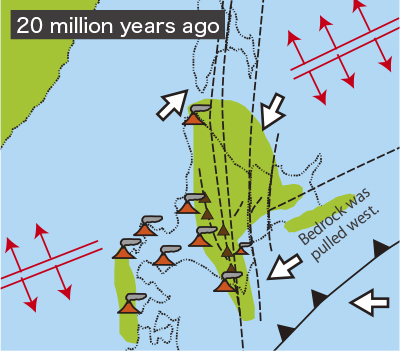 Hokkaido's land had for the most part reached its current location. At the border where lands bumped together, the high Hidaka Mountains began to bulge up. 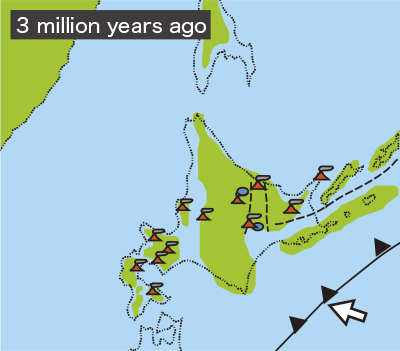 Volcanoes were active throughout Hokkaido and obsidian was formed in Shirataki. 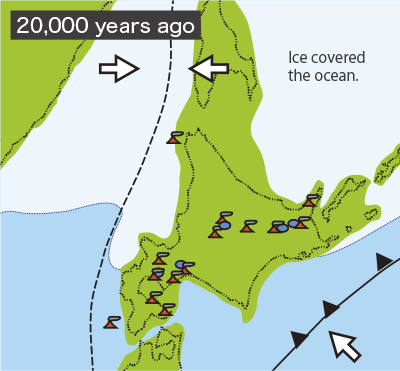 Because the level of the ocean fell, Hokkaido was connected by land to the continent. 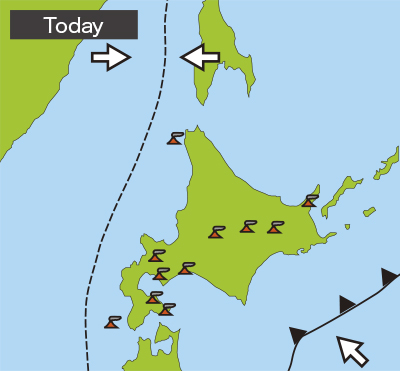 Hokkaido is an island once again and there are active volcanoes here and there.