Exploring the inner workings of our planet Earth 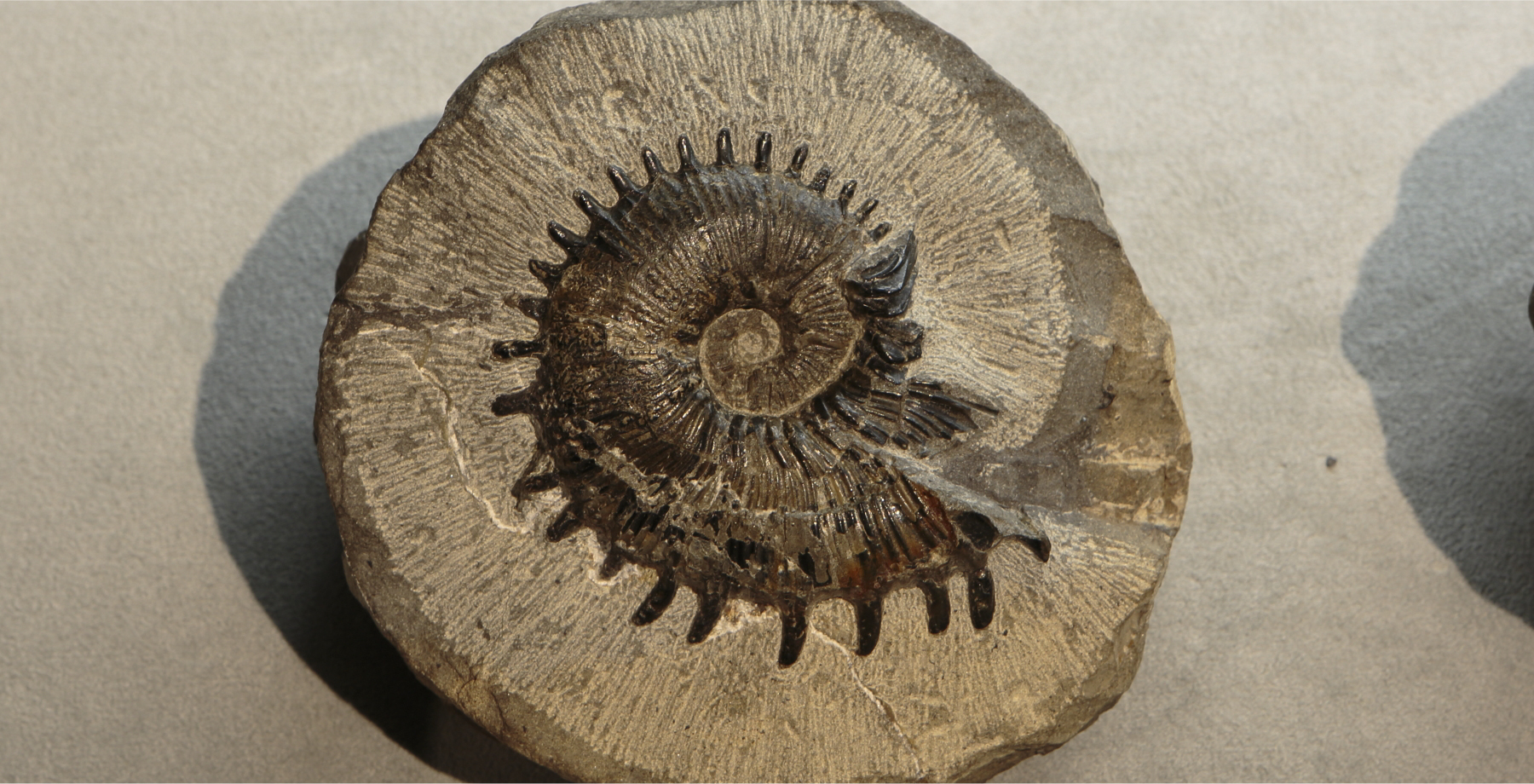 Formed by the activity of massive tectonic plates, complex mountain ranges are strung together throughout central Hokkaido. These steep ridges were formed over immense periods of time, under enormous pressure from both sides -- conditions which also produced layer upon layer of intricate geological phenomena beneath the earth. The city of Mikasa is situated atop one such region.

The essence of the wonders of geology

As wind blows eastward across the Ishikari Plains, the first hill it encounters is Mt. Tappu within the municipality of Mikasa. The slopes of Mt. Tappu are home to family-operated vineyards belonging to the Yamazaki Winery domain.
Taichi Yamazaki is in charge of grape production, and his elder brother, Ryoichi Yamazaki, heads the winemaking operation. Their father, Kazuyuki Yamazaki, first discovered that the grade and soil composition of this land is ideal for cultivating high-quality grapes. 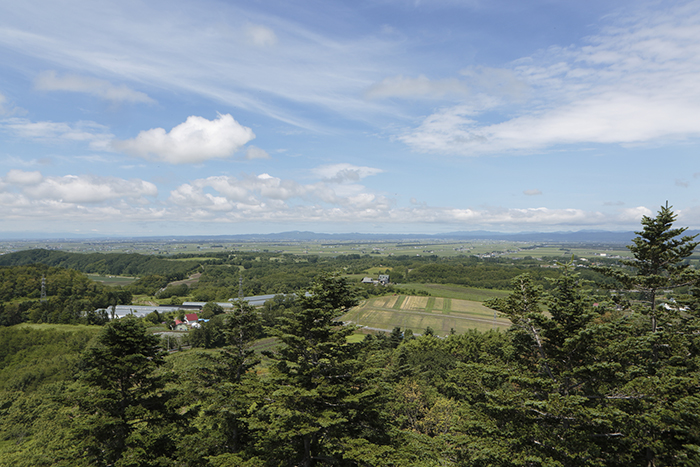 Overlooking agricultural regions of the Ishikari Plains from Mt. Tappu 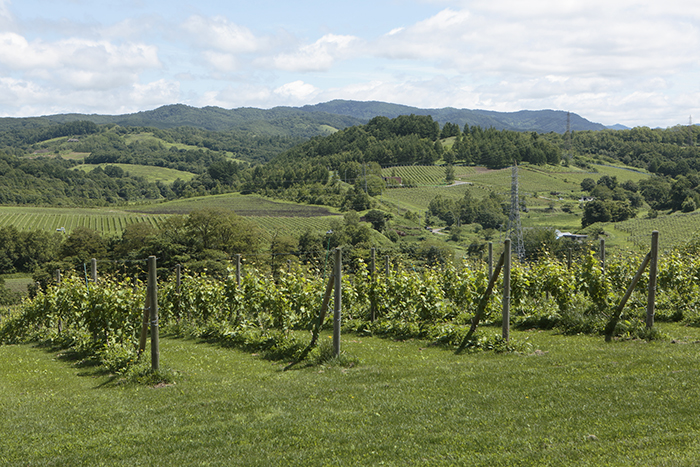 The family gardens of Yamazaki Winery spread across the slopes of Mt. Tappu

About eight million years ago, Mt. Tappu was a seabed, covered in thick layers of tough algae.

“From place to place, there are changes in soil fertility and water flow, allowing us to grow grapes with truly unique character. Bringing together many types of unique grapes allows us to create wine with depth of flavor.”
Taichi mainly grows pinot noir and chardonnay, blending the region’s unique soil, air, water, and sunlight conditions as he strives to bring even more character to his grapes. 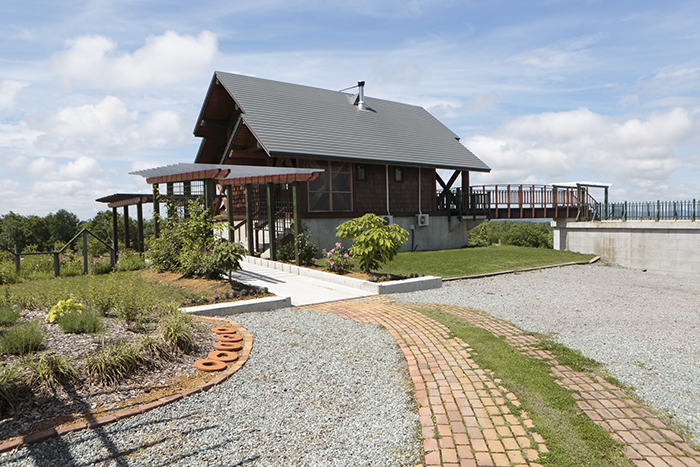 Kei Shimomura is in charge of the Geopark for Mikasa City Office. He feels that the Geopark’s activities have changed the way that Mikasa’s citizens look at their own city.

“The Geopark is like a treasure hunt for our town. More than anything, I hope it inspires our children to understand their hometown. The Geopark is already part of local school activities, and we’re always looking for new opportunities to teach about Mikasa’s ammonite, coal mining, agriculture, and artisanal heritage. These wonderful gifts from the Earth are truly unique to Mikasa.” 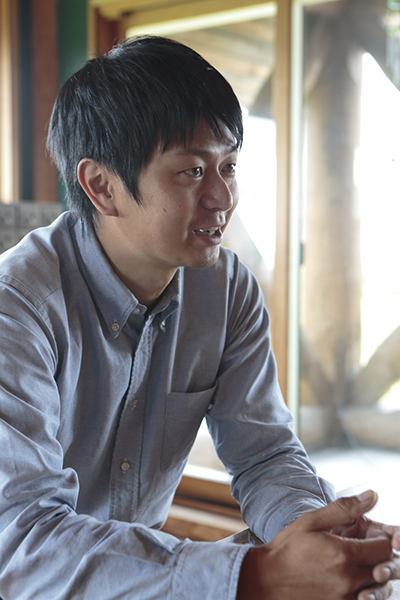 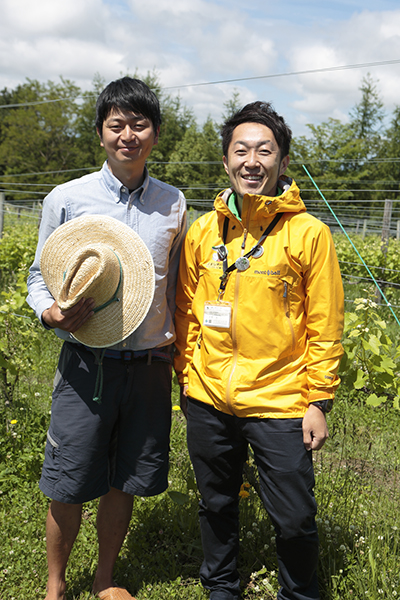 A Mecca of ammonite

Mikasa holds a special appeal for ammonite aficionados and professional researchers alike. Along the river is an exposed Cretaceous-period geological layer, renowned as a source for many types of ammonite. The sedimentary accumulation ranges from about 100 million years ago to the extinction of ammonite 66 million years ago. At that time, present-day Hokkaido was nothing more than an expanse of ocean floor. This ocean was home to large reptiles such as plesiosaurs, along with ammonite. Most remarkably rare is the incredible variety of types of ammonite which lived here during the formation of geological layers at very shallow depths, just 20 m below the surface, where the influence of tides and waves was strong. Some of the ammonite specimens feature tubercles (knots), which are thought to perhaps be an environmental response that prevented the ammonite from being dislodged from shallow ocean floors. 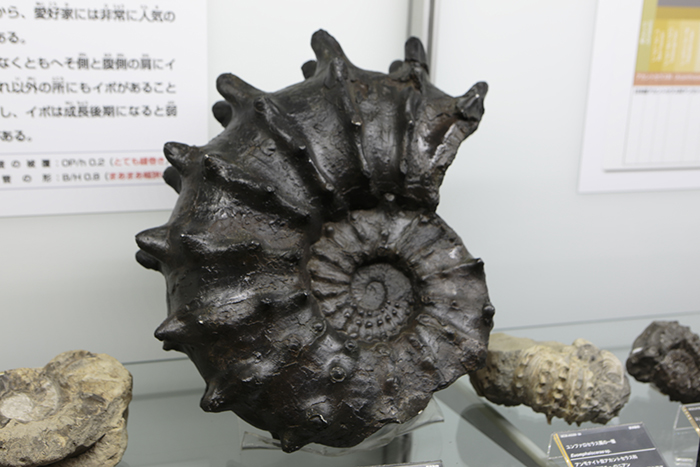 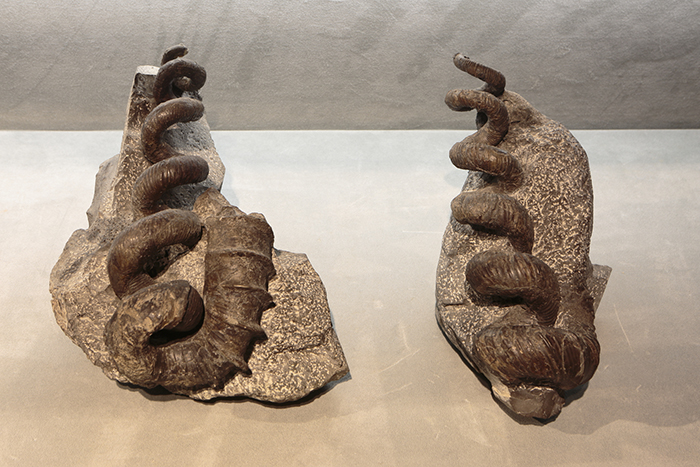 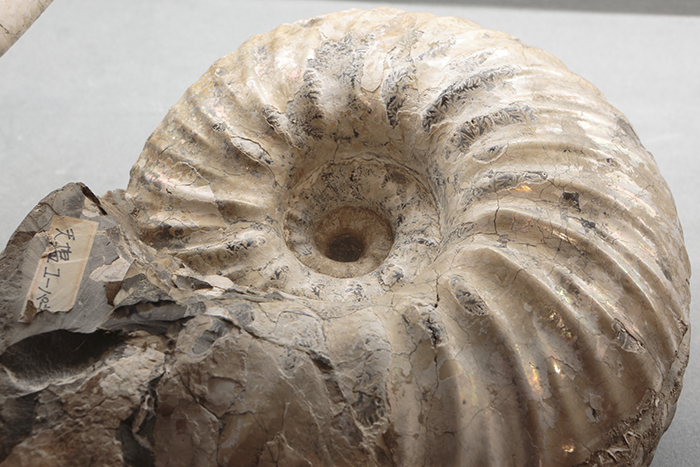 Daisuke Aiba, curator of the Mikasa City Museum, explains “Many rare ammonite specimens are found in Mikasa. In fact, we now have seven types of ammonite named after Mikasa.” 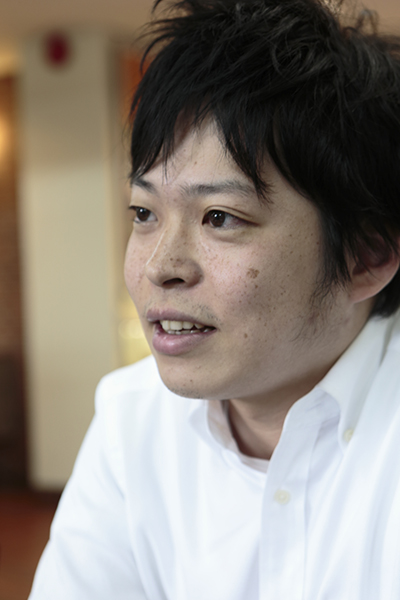 As Japan entered the Meiji period, the government found Hokkaido to be an island rich in natural resources. Hokkaido was best known for its coal. In 1879, Horonai Coal Mine, Hokkaido’s first government-operated coal mine, was opened in Mikasa. In order to ship this coal from Otaru Port, Japan’s first industrial railway, the Horonai Line, was opened in 1882. Later, many more coal mines would be established in Mikasa.

Mikasa is located in the Sorachi region, which held immense untapped coal deposits. As Japan realized the value of these resources, large capital investments drove development of coal towns such as Yubari, Akabira, and Utashinai.

The Sorachi coal deposits were a byproduct of the massive mountain-forming activity that raised the Hidaka mountain range and formed Hokkaido. The world’s major coal fields originated from forests some 300 million years ago, but Hokkaido coal has a more recent history. The same forces which gave form to Hokkaido knocked down forests, turning the trees to peat, which created coal in a relatively short time. 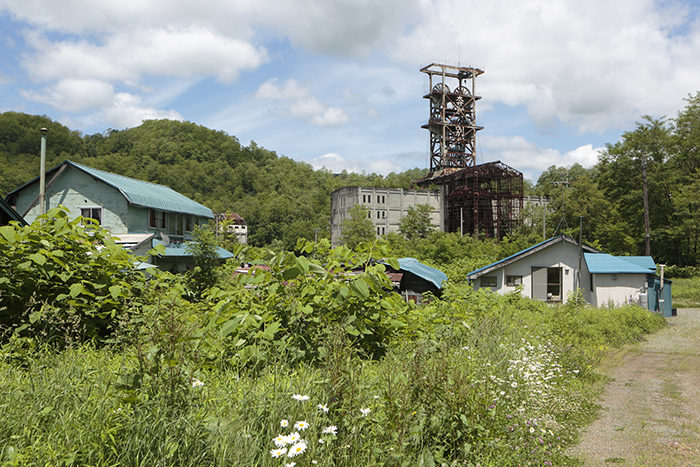 The former Honbetsu Coal Mine shaft tower, about 51 m tall. 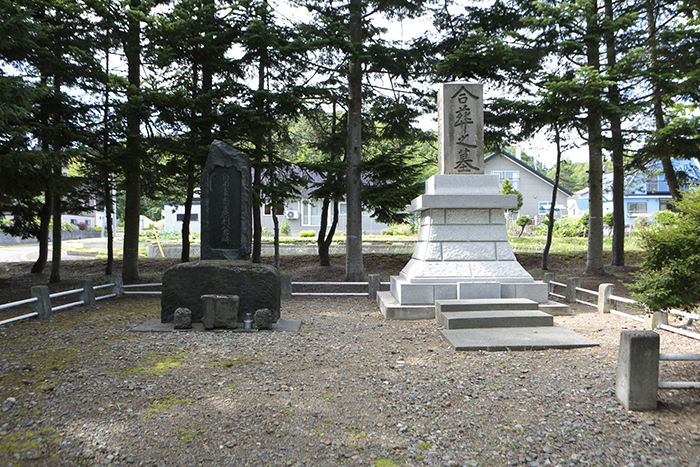 Inmates of Sorachi Prison originally performed the mining labor at Horonai Coal Mine. Many now rest at the group burial site within Sennintsuka Historic Park.

Beginning in the 1960s, energy policy reforms led to a big switch from coal to oil, bringing down the curtain on Hokkaido’s coal mining history.
But even today, there are many things to remind us that the town of Mikasa grew alongside the coal mining industry.

Horonai’s Otowa mine pit was the region’s first pithead. Visitors will also find historic electrical transformer stations, the Mikasa Railway Village, and the Mikasa Railway Memorial Museum. The historic site of the Honbetsu Coal Mine features a magnificent, massive tower that was once used to convey personnel and materials to the mine shaft below. When originally built in 1960, it was said to be Asia’s largest. (Entry to the mine property is prohibited.) 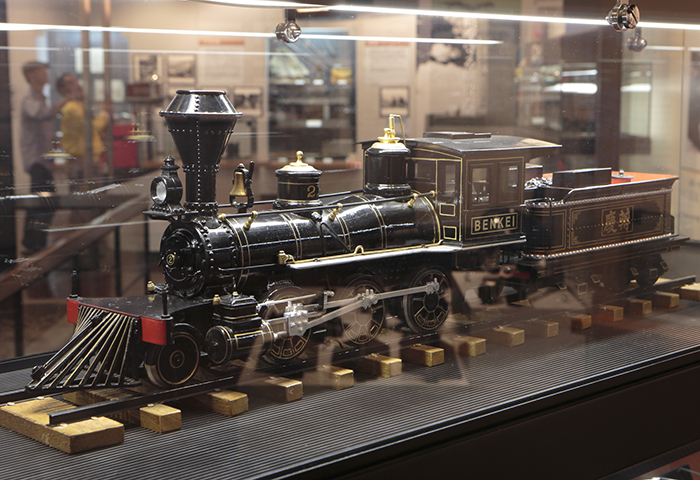 Model of the Benkei-go, a locomotive on the government-operated Horonai Railway, Japan’s first industrial railway.

See, learn, and enjoy even more at Mikasa Geopark