The joy of living on this “ever-changing earth” 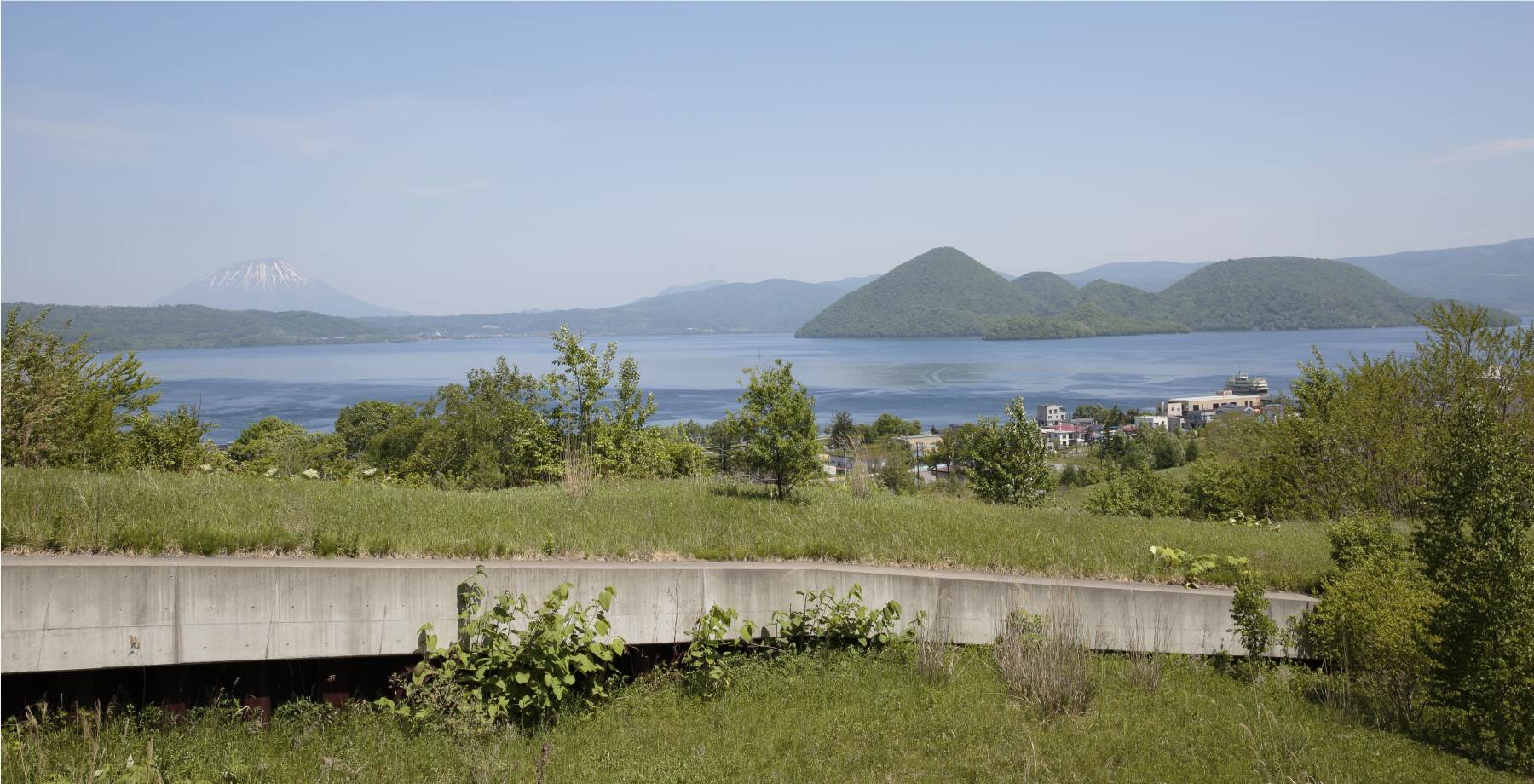 Living with nature from the perspective of volcanoes

The theme of Japan’s first global geopark, registered at the Toya Caldera and Usu Volcano in August 2009, is “co-existing with the ever-changing earth”. According to Mr. Nire Kagaya of the Toya Caldera and Usu Volcano Global Geopark Promotion Council, “A town exists right by the area of volcanic activity. An eruption could possibly occur directly beneath the national highway or residential area. This place is unprecedented throughout the world.”

Mt. Usu is known as the volcano where the world’s first advance evacuation was successfully carried out. In 1910, when the precursory earthquakes began, the police chief took command and evacuated residents who lived within a 15-km radius of the volcano. As well as the 1910 eruption, Mt. Usu erupted a total of four times in the 20th century, with subsequent eruptions occurring in 1944, 1977 and 2000.

“In the past, traces of disasters were erased and efforts were made to present the area as a safe and beautiful tourist spot. However, after the eruption in 2000, damage was preserved and utilized, eventually becoming the origin of the geopark.”
Footprints of the land’s transformations were preserved and maintained as parts of footpaths. Shizuka Goto of the Toyako Visitor Center guided us along the 2.3-km Kompira-yama Route. 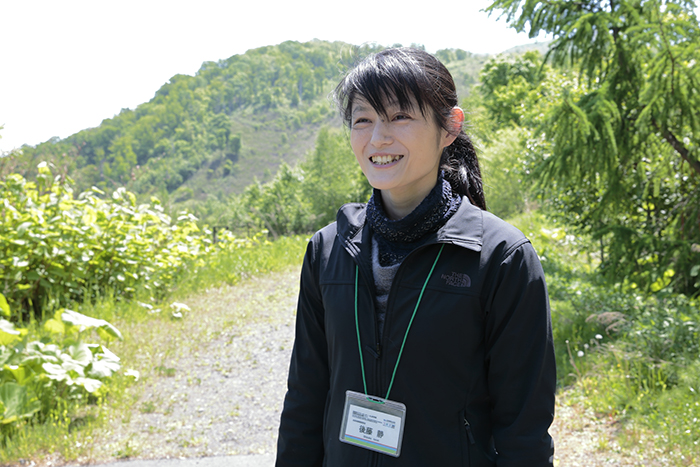 Shizuka Goto, head of the natural experience programs at the Toyako Visitor Center. 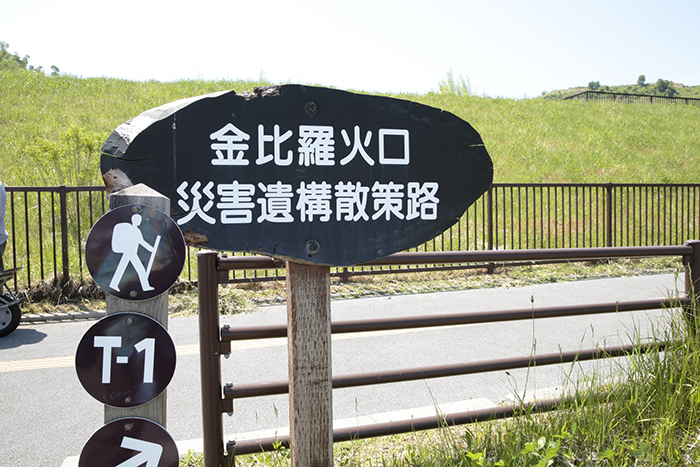 Follow the route along which the volcanic mud flowed, passing spots where the national highway rose 70 meters, a large crater lake remains, and white trees stand decayed by the eruption. Bridge girders inside a newly constructed giant sediment control dam are covered with weeds. This 600-ton bridge was swept 100 meters downstream. A feature of the footpath is that the relics of the damage caused by the volcano have been preserved in each area. 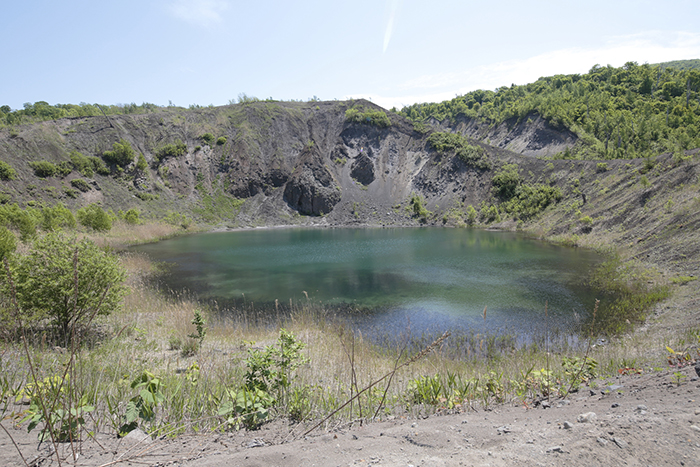 A crater lake resulting from the 2000 eruption 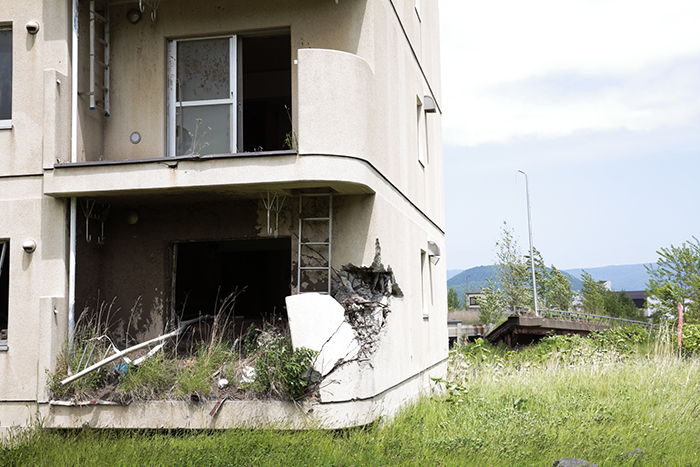 The estate in which the bridge was severely damaged. The tilted object in the distance is a bridge girder.

Why do people live here when it is known to be a dangerous place?
“If the volcano only brought damage, no one would live here; but the volcano also brings many blessings,” says Kagaya. Goto also added “Mt. Usu always warns us with precursory tremors. The risk was clear so measures could be taken.” It’s almost as if undertaking the preparation for an eruption and enjoying the benefits of volcanoes come as a set. 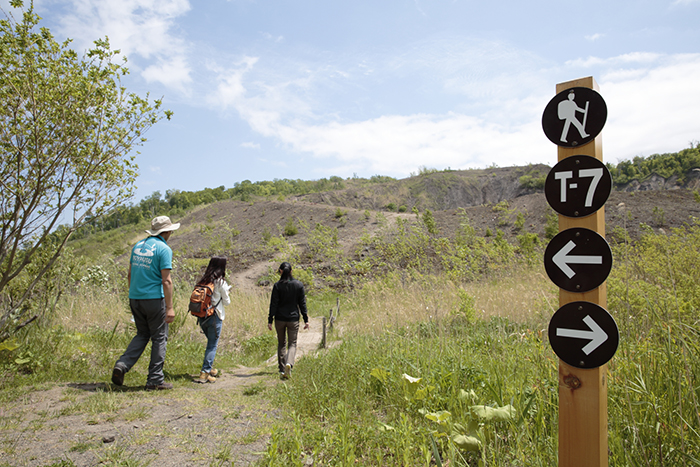 “In modern times, Mt. Usu has erupted every 20 to 50 years. This is a time scale in which parents can relay their own experiences to their children. Seventeen years have already passed since the eruption in 2000, and during the next eruption the children will act as the leaders in disaster mitigation,” says Kagaya.

This is a precious place that reminds us that the world of bubbling underground magma and the above-ground world on which we live are inseparable.