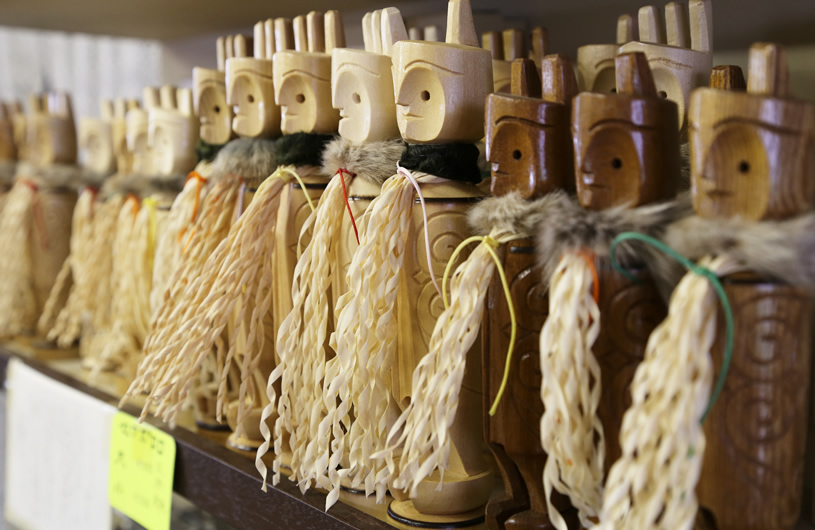 In Abashiri, I encountered curious wooden dolls known as “Sewa-pororo”. These charming woodcarvings of northern spirits were originally created by a folk craft shop over 50 years ago and continue to be produced as souvenirs. Each of these curiously-shaped wooden figures has an adorable expression and a unique charm that defies words. Just looking at them makes me want to smile.

These Sewa-pororo are made by Sakuyo Ohiro of the Ohiro Folk Crafts Shop. He used to work together with his father, Sakuho, who passed away this May. He now carries on this tradition alone. 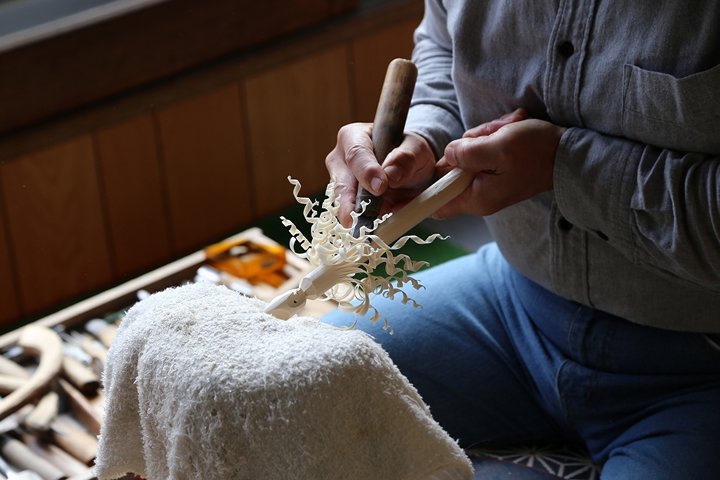 "Sewa" (600 yen) are often brought to festival dances. Due to great popularity they are now offered for sale. 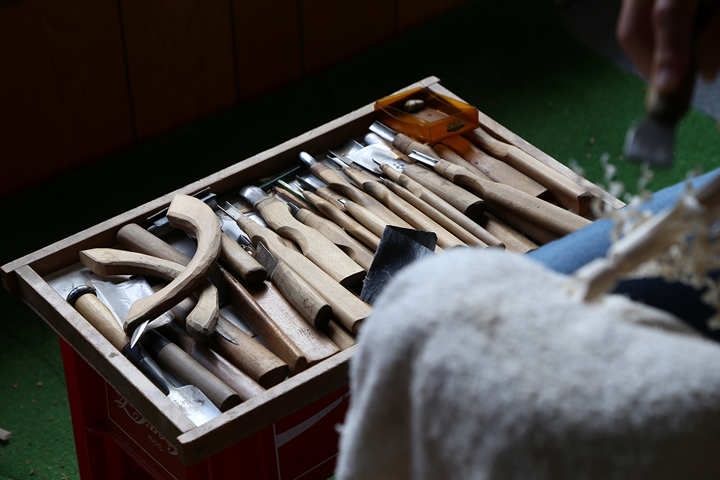 Sakuho opened the folk craft store in 1964 and became established as a creator of wooden souvenirs. One day, he was approached by Yonemura, noted as the discoverer of the Moyoro Shell Mound, an important Okhotsk culture site. Yonemura suggested that Sakuho create a souvenir to represent Abashiri based on a woodcarving of the northern Uilta people.

After the Second World War, there was migration to Abashiri, including indigenous peoples of Sakhalin. Among these people were members of the Uilta culture, who created woodcarvings to express the world of deities and spirits. Worried that these woodcarvers and their tradition would vanish, Yonemura spoke to Sakuho. According to Sakuyo, "Based on his studies of Uilta culture, my father came up with the name and design for Sewa-pororo. His feelings and imagination went into this arrangement of traditional Uilta woodcarving into a souvenir."

And so this Uilta woodcarving would become the model for souvenirs which are passed on from person to person. These tiny travelers visit new lands, telling the tales of their own heritage. 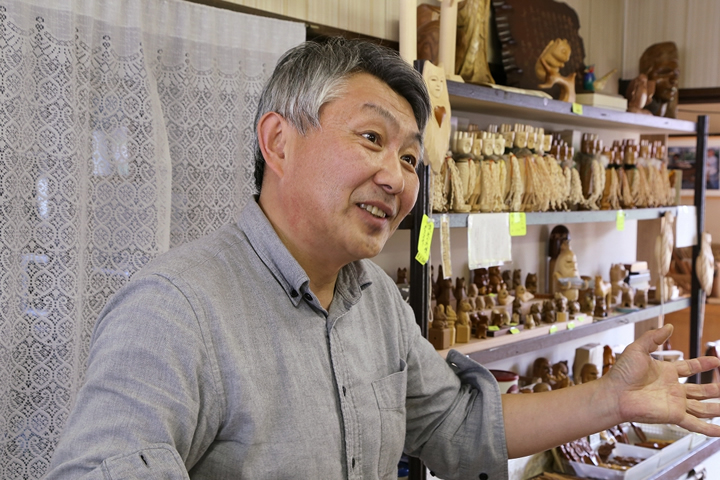 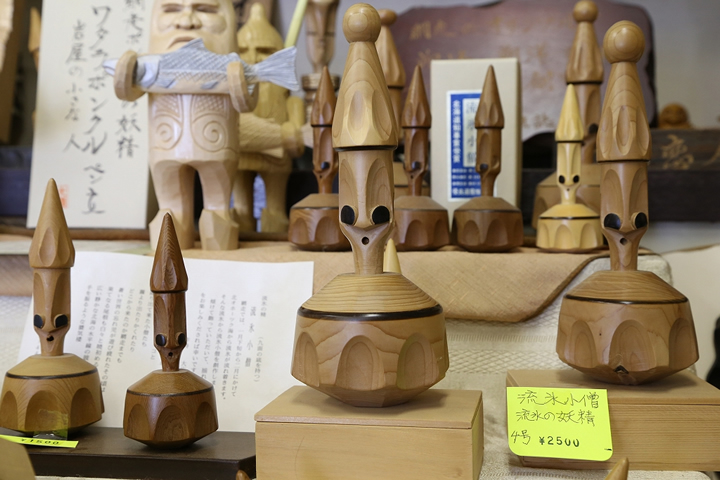