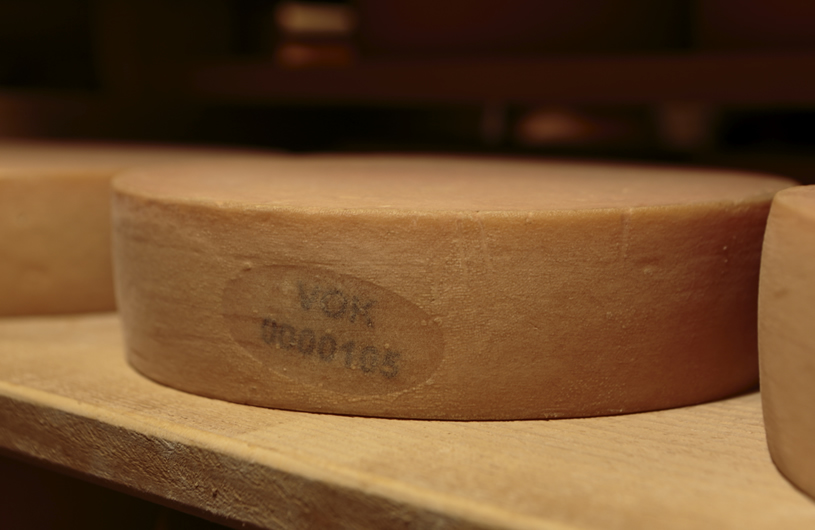 This Raclette cheese's surface is washed with moor hot spring water before it is fermented.

Tokachi natural cheese gets attention from around the world. About 60 percent of the natural cheese made in Japan comes from Tokachi.
Words by Mie Ishida
Photographs by Keiji Tsuyuguchi
Translation by Xene Inc.

We talked to Nozomu Miyajima, representative of the Kyodo-Gakusha Shintoku Farm in Shintokucho, Tokachi.
"The morning sunlight pours down on the Tokachi Plain. This light is a large source of energy for plants and an abundance of nutritious plants such as wheat and dent corn used for livestock raising is produced there."
It is also important to have an environment where it is easy for microbes that ferment the lactic acid in cheese to work.
"Shintokucho is located at 43 degrees north latitude. The 43 degree line, whether north latitude or south latitude, is ideal for fermentation, being neither too hot nor too cold, and I call it 'the fermentation line.'"
Amid such favorable conditions, Tokachi cheese is created by producers — central among whom is Mr. Miyajima — who visit such places as Europe, invite specialists to Hokkaido, repeatedly do research and polish their technique. 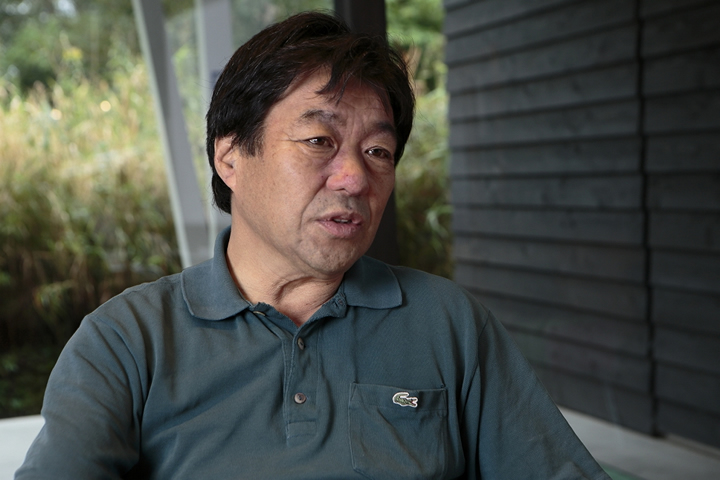 "Japanese cheese has a more mellow flavor than European cheese and it is less stimulating. But it has plenty of umami. I think these differences lie in the water. Japanese water is soft and it has dozens of times more kinds of microbes living in it than hard water does. The diversity of microbes creates a complex flavor and cheese with umami," Miyajima says. 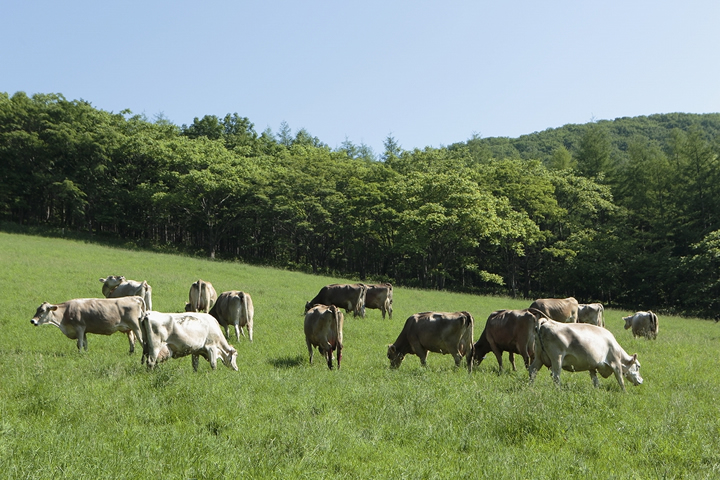 Several years ago, Miyajima and the other producers began joint cheese making at several creameries in Tokachi. Kyodo-Gakusha Shintoku Farm's Raclette is the source of this cheese. They also switched from a tropical plant-origin pigment to one that could be acquired locally in order to create the cheese's characteristic flavor.
"We eventually arrived at using Tokachigawa River moor water. Flavorful Raclette is created by spring water that flows from a vegetation layer deep underground."
The quality is kept consistent by using raw materials that meet the same criteria at all the creameries, processing milk using the same recipe and keeping the cheese in a common maturation chamber. In this way cheese with the Tokachi name was created in Japan for the first time. 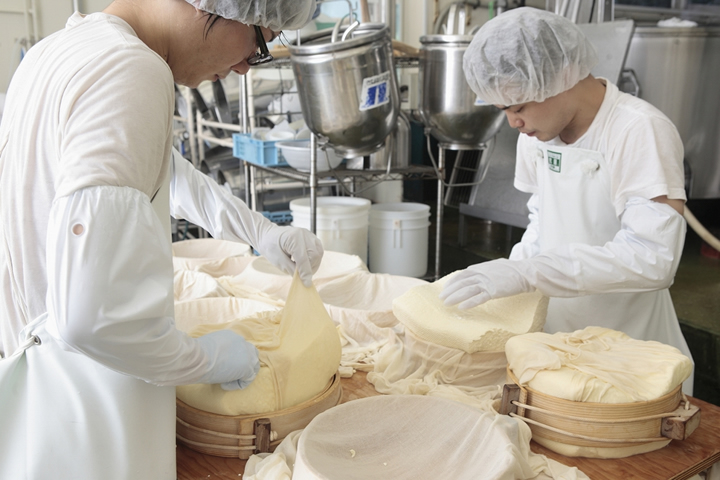 Tokachi natural cheese, brimming with originality and from a blessed place 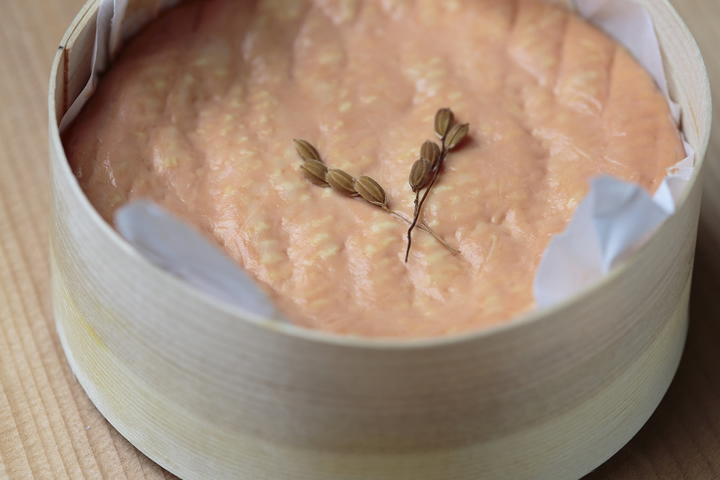 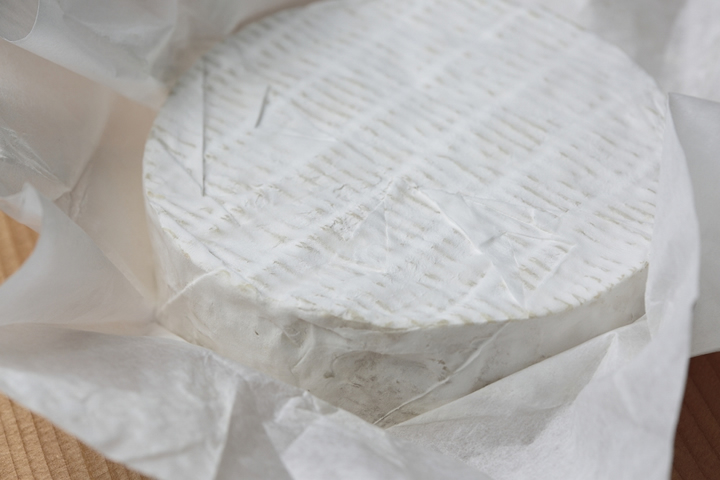 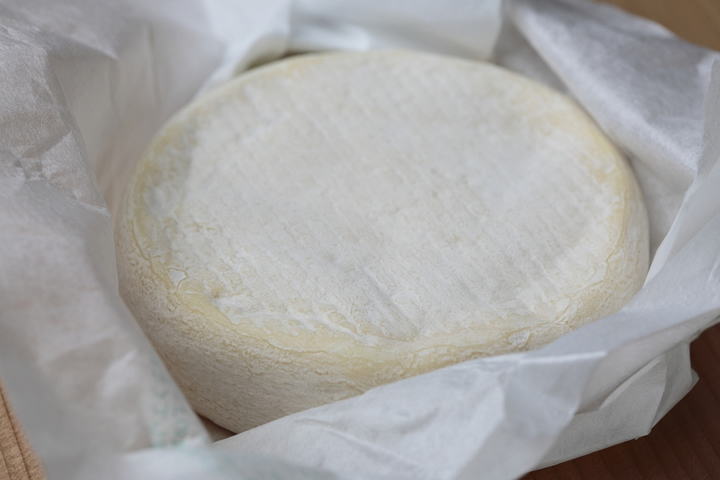 Daichi-no-Hoppe mini 180 g, 864yen / Cheese workshop NEEDS
A cheese with a soft texture and whose milk flavor fills the mouth 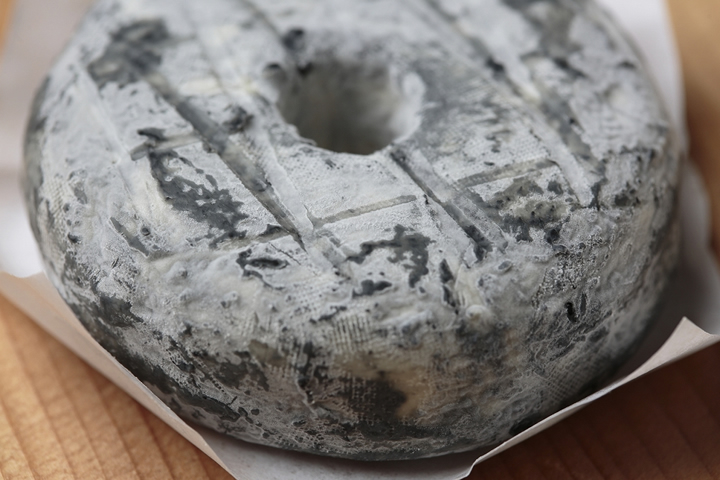 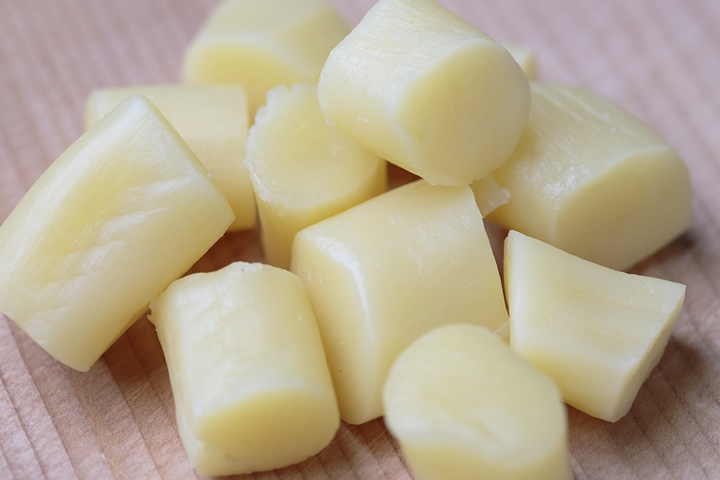