Nakao Tomeko. The solitary woman who lived by the lake 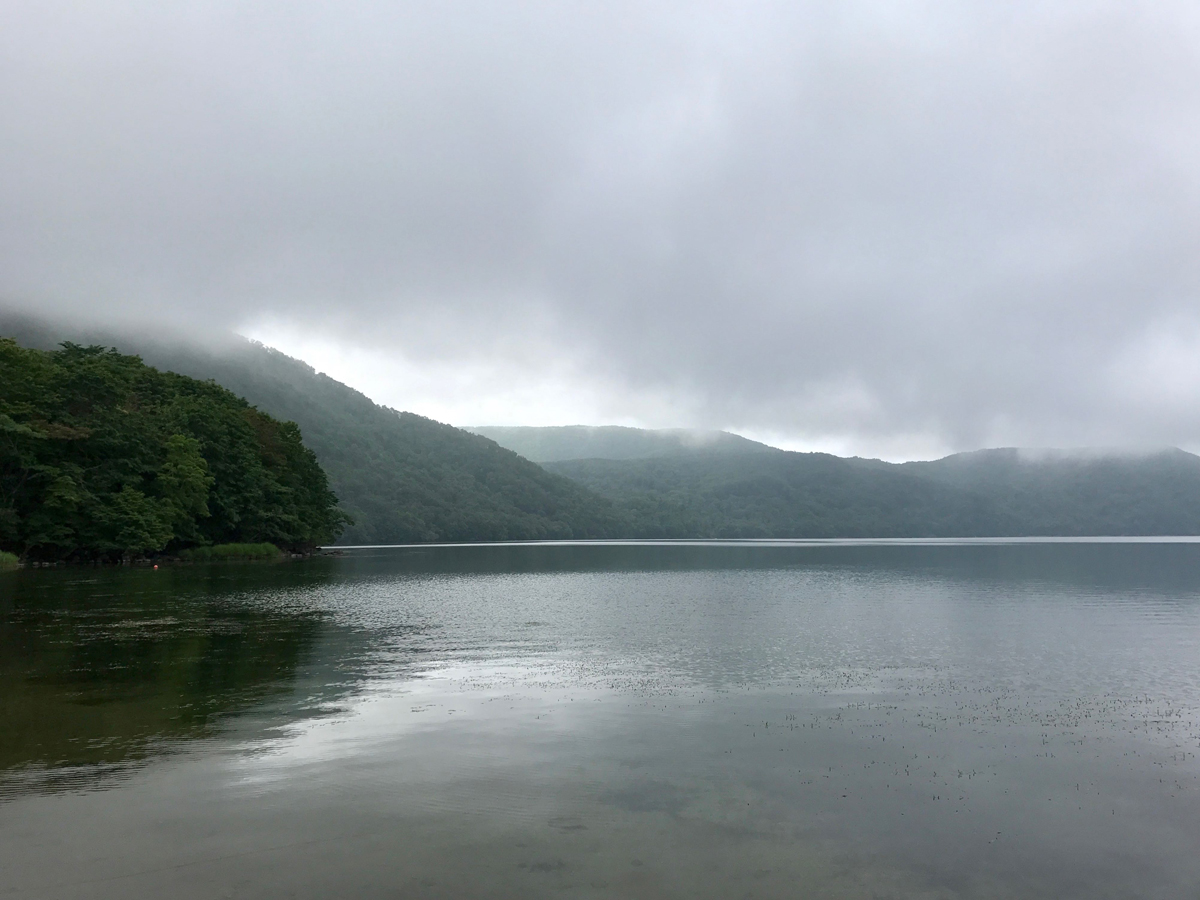 Lake Kuttara is a small lake nestled in a forest to the north and is the stage for this article. The dignified figure of the woman who lived by this lake more than 100 years ago attracts our attention.
Words& Photographs by Taniguchi Masaharu
Translation by Xene Inc.

Meeting horses changed the course of her life

Lake Kuttara (Shiraoi Town) is a small, round crater lake approximately eight km in diameter, nestled quietly in the forest. It lies to the east of Noboribetsu hot springs. This is a story about a girl who learned about horse riding from an Ainu herder at her brother’s apple orchard in Sapporo Village (which later was merged into the current Higashi-ku, Sapporo City) becoming completely absorbed in it each and every day. Her name is Tomeko. (also written as Tome. 1879 – 1942). 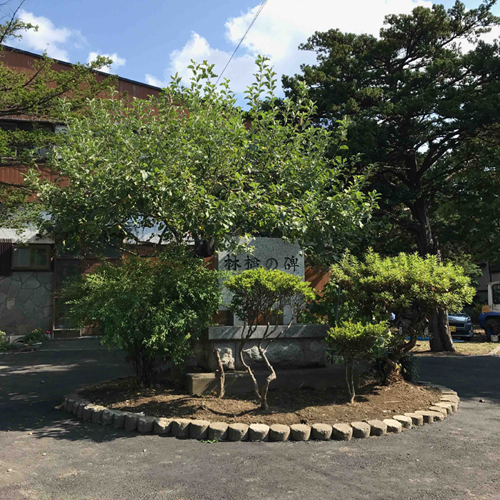 A corner in the former Sapporo village. According to the inscription on the monument, apple orchards filled the entire area during the Meiji period.

As an adult, Tomeko lived alone by Lake Kuttara for more than 30 years, from the beginning of the Taisho period. Mr. Munehiro Mitsuaki, former teacher and volunteer for “Chiri Yukie Memorial Museum” (Noboribetsu City), talked to us about Tomeko.
Nakao Tomeko, nee Kitou Tomeko, was born in 1879 in Sapporo. The population of Sapporo at the time was less than 3,000 people. Tomeko attended Smith’s Girls’ School (Currently Hokusei Gakuen Girls' Junior & Senior High School) and went on to Aoyama Gakuin (Currently Aoyama Gakuin University) in Tokyo, taking in Western culture and spirit as she grew. Before long, she married to Nakao Setsuzo from Tottori Prefecture, who studied at Sapporo Agricultural School and was active in Hokkaido’s fishery industry.

In 1909, Tomeko’s relationship with Lake Kuttara began. Setsuzo resigned from his secure job as principal of Otaru Fishery School (Currently Hokkaido Otaru Fishery High School) and started a kokanee fish farming business at Lake Kuttara with his business partner.
Although business was good, distribution of the products was difficult. Setsuzo could not easily drive his horses, which pulled a cart loaded with products, down the narrow mountain path to the destination, Noboribetsu hot springs. Moreover, Setsuzo planned to start a hydropower business at Lake Kuttara, but the people in Noboribetsu hot springs resort area furiously protested. In this confusion, Setsuzo’s business partner left, and since Setsuzo was teaching at Sapporo Agricultural School, far from the Lake, he was unable to take charge of the business.

Instead, Tomeko became involved in the farming business. She immersed herself in studying farming techniques, reading technical books in English. She wore Western-style clothes which were new to the people at that time, and for transportation to the hot springs resort area and the streets of Noboribetsu, she rode a horse. People at that time must have thought of her as an awesome “Wonder Woman.”
However, there was no profit from the business so Setsuzo decided to discontinue its in 1921. Kokanees continued to multiply and even today, many people enjoy fishing on the first day of the kokanee fishing season each June.

Next, Tomeko started a lumber and wood processing business, cutting the vast forest owned by the Nakao in the area. Her clients were people in Noboribetsu hot springs resort area, who were constructing and expanding new inns at a brisk pace. Directing the work while wearing riding trousers, leather boots and a bandana, Tomeko appeared like a movie star from a foreign film to the people in Noboribetsu. 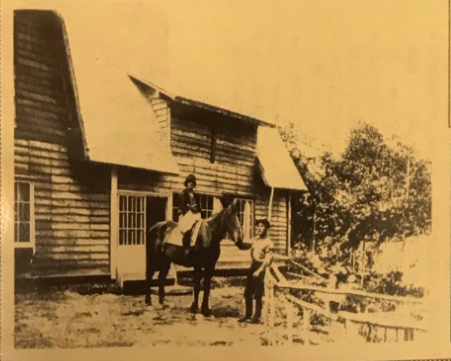 In front of the second house constructed by the Lake. Tomeko on her horse.

Half of her remains are at the bottom of the Lake

As a result of the Great Depression, Japan also entered a recession in the early Showa period. Tomeko’s logging business was no longer profitable. Still, she never left the Lake. Her next endeavor was charcoal production. While Nakao Setsuzo was living in Sapporo, he suffered a stroke and died during a trip in 1934. That may be one reason why Tomeko stayed by the Lake. The woman on the horse selling charcoal was a popular figure in Noboribetsu hot springs. 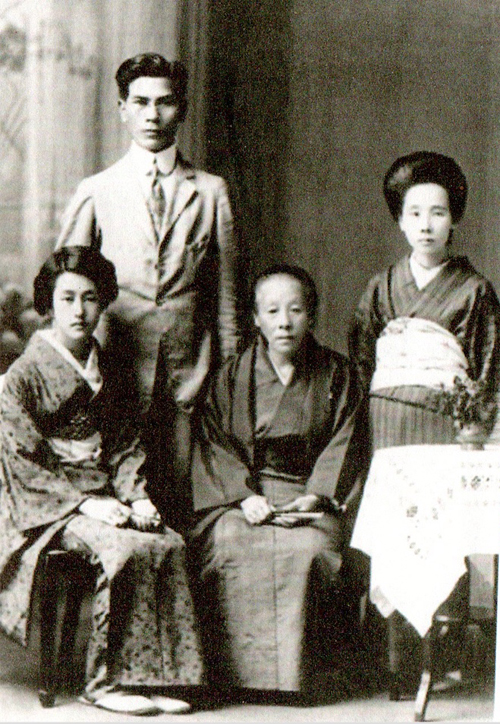 This picture was taken just before her eldest daughter and her husband left for America in the 1920s. Tomeko, in her early 40’s, is on the right. Her mother is in the middle.

In her later years, Tomeko lived by herself in a small one-story house she built herself. She never depended on her children and sought a solitary life. In July 1942, Tomeko died of disease at the age of 63. According to her will, her eldest son deposited half of her remains at the bottom of the Lake.

The path used by Tomeko and Setsuzo to haul building materials, etc., from the streets of Noboribetsu to the Lake, and later used for transport and daily living, was researched and restored by Mr. Munehiro and others. Huge Japanese yew trees and a monument can be found at the entrance of the path. 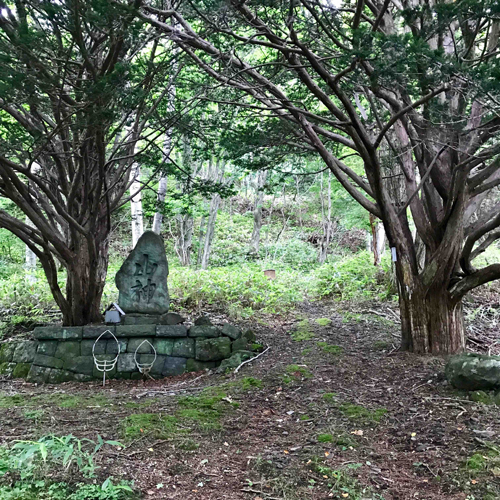 Entrance of the old path. It was the only route from the streets of Noboribetsu to the Lake.