Something Will Change if a Thousand Are Trained 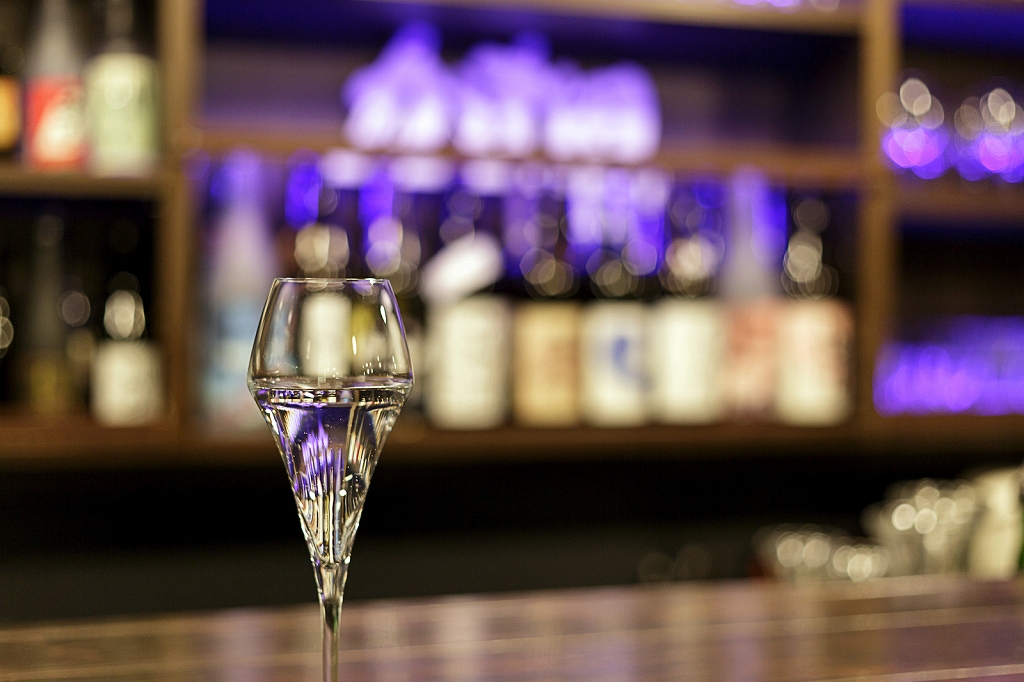 Enjoying a moment of bliss, gazing at beautiful sake bottles.

Kamada Takashi shares the attractiveness of Hokkaido sake to the world. At an interview at Sake Bar Kamada which is filled with his thoughts, we heard his story about his love of Hokkaido sake and his sake life.
Words by Aratame Nanae
Photographs by Kurose Michio
Translation by Xene Inc.

Being “Unattractive” is in the past 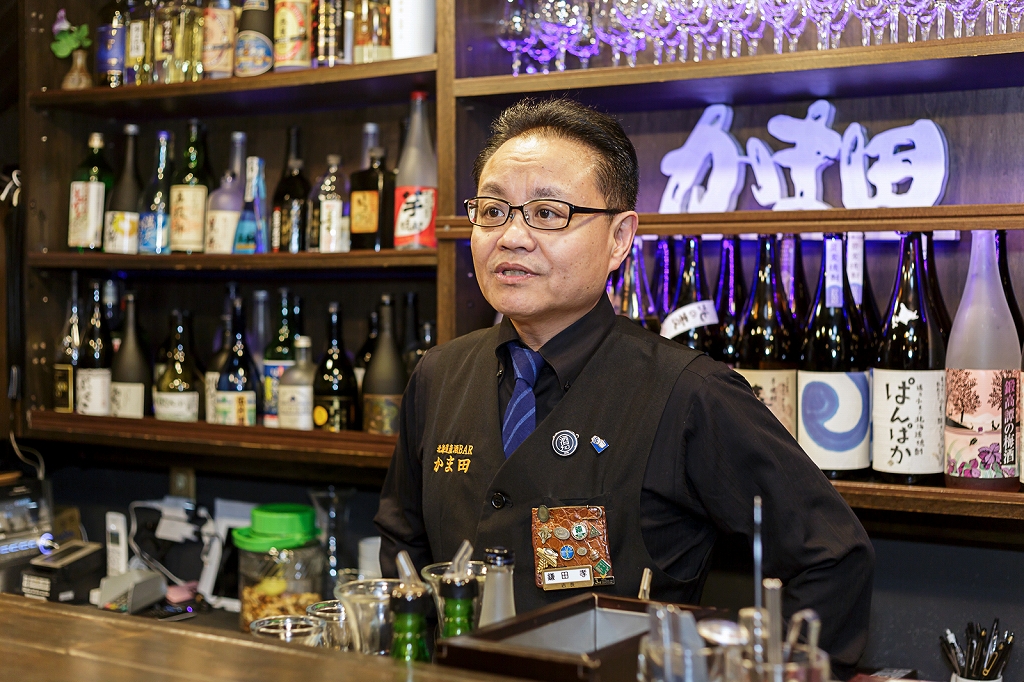 “The quality of Hokkaido sake has been greatly improved,” remarks Mr. Kamada.

“The great progress in Hokkaido sake is a result of the change to a new generation of sake brewers. Communication among sake brewers is also improving. In addition, producing shuzo kotekimai (rice produced exclusively for sake) started in Hokkaido and a system to publicize rice producers has been developed. This has created an open atmosphere among farmers, brewers and drinkers.”

Was there a time when things weren’t so open?

“Sake brewers never asked ordinary drinkers for their impression or comment in the past. But now, brewers visit tours of other breweries, participate in sake meetings and appear in the media.
Every month, I visit a brewery in Hokkaido and seriously talk with the sake brewer. At Niseko Shuzo in Kutchan Town I said, ‘your old labels are unattractive. You should change them.’ As a result the labels were changed.” 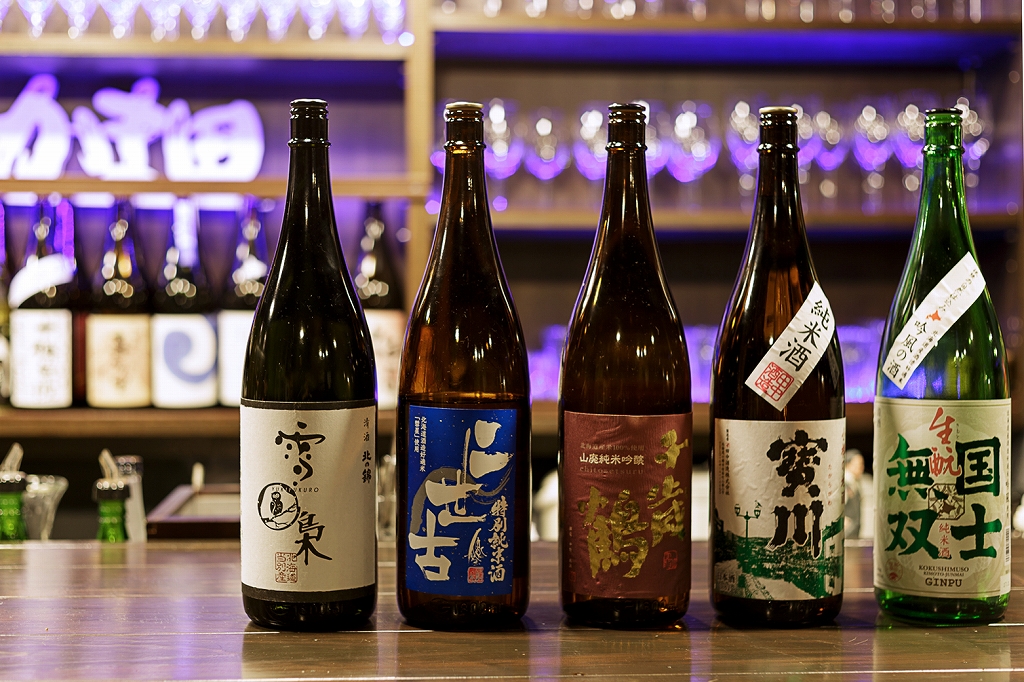 The new Niseko Shuzo label on the second bottle from the left.

Mr. Kamada also visits the rice farmers, asking about the quality of this year’s rice, and then shares this with the breweries.

“The late Soma Satoru, Ph.D. in Agriculture, said ‘Everything you eat is agriculture. You should not talk about food without understanding agriculture.’ With that, my awareness changed. The same is true with sake, we can’t talk about its taste without learning its ingredients.” 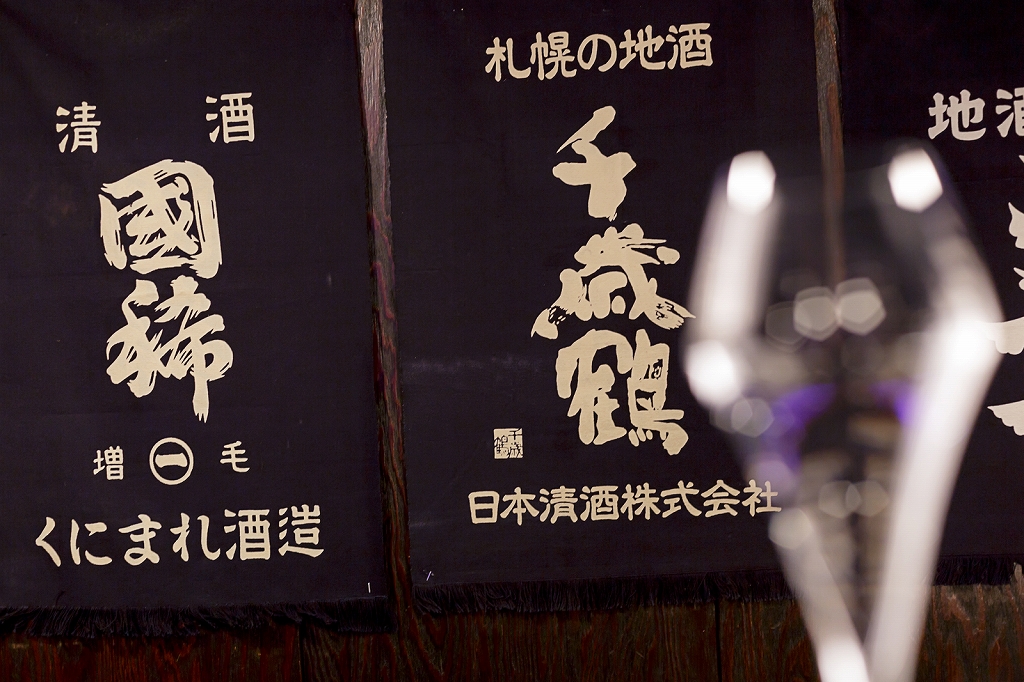 The new flow of Hokkaido sake, returning to the basics in sake brewing.

From Mr. Kamada, we learned about the new flow of Hokkaido sake, as evident by kimoto-zukuri (kimoto method).

“Kimoto-zukuri is a traditional sake brewing method which carefully cultures yeast with natural lactic acid bacteria. Since it requires extensive time, labor and cost, no brewery in Hokkaido could even try it except for Otokoyama in Asahikawa City. This sake brewing method was sealed away so to speak. However, a new generation of sake brewers at Kobayashi Shuzo in Kuriyama Town, Niseko Shuzo in Kutchan Town and Takasago Shuzo in Asahikawa City decided to try. Being able to drink “kimoto” is proof of the evolution of Hokkaido sake.”

Mr. Kamada then pours sake into the glass. It has a complex and full-bodied taste. It tastes like traditional sake. 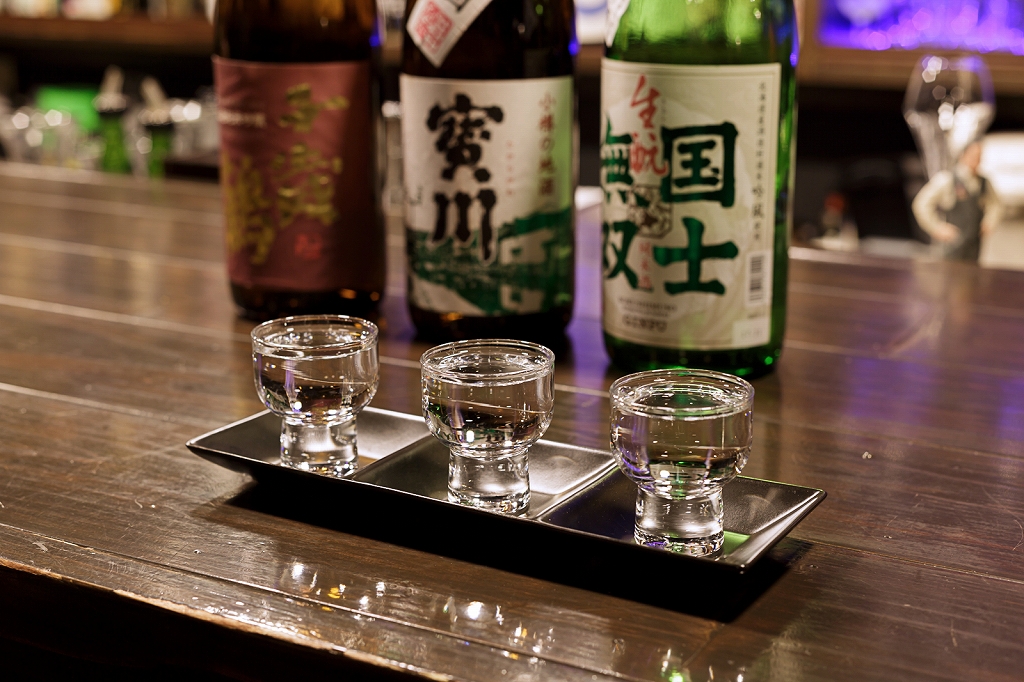 Sake produced by kimoto-zukuri at Takasago Shuzo in Asahikawa City is on the right. Hokkaido Sake Tasting Set is popular (1,000 yen).

Mr. Kamada, lover of Hokkaido sake, also works to train the next generation through the “A Thousand People Project” which to seeks to certify them as a Sake Navigator.

“The project is to create a thousand fans or experts with specialized knowledge of sake within five years. The purpose is to spread basic knowledge of sake and the proper way to drink it. The Project marked its fourth year in 2017 with 830 people acquiring qualification. I hope something will change after a thousand qualified people are created.”

We asked Mr. Kamada again about the attractiveness of sake from Hokkaido.