In search of lost breweries 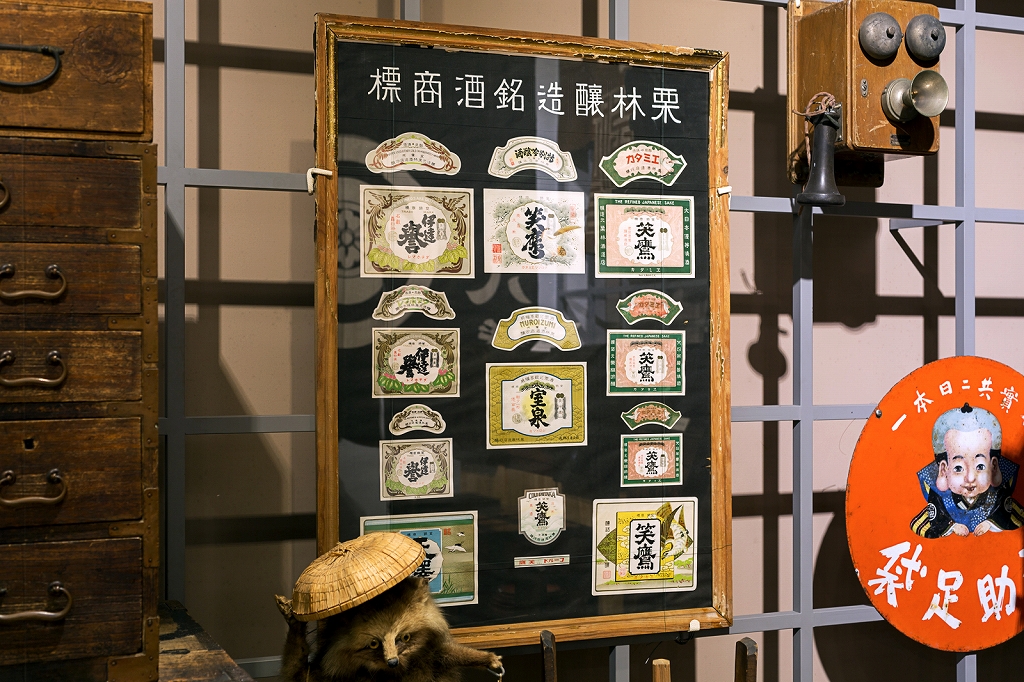 Sake was an essential part of this working class port city that serves as a focal point of the fishing industry and logistics hub, and there are records of breweries operating in Muroran in the past.
Words by Shibata Miyuki
Photographs by Kurose Michio
Translation by Xene Inc.

Breweries once operated in Muroran

There are no longer any sake breweries in the port city of Muroran, but breweries were there in the past. Breweries were established based on demand from the many people moving to Hokkaido in the Meiji period, and Muroran was no exception.
According to the Muroran City Historical Museum, there were eight breweries in Muroran around the 1890s and five in the early Showa period (1926 – 1989).
These five breweries were Tsuda Shuzo, Kuribayashi Shuzo, Miya Shuzo, Tanaka Shuzo, and Kobayashi Shuzo. The largest of these was Kobayashi Shuzo, which would later merge with Kitanohomare Shuzo of Otaru and produced the sake brand Koran until the 1970s. Many people still remember this local brand. 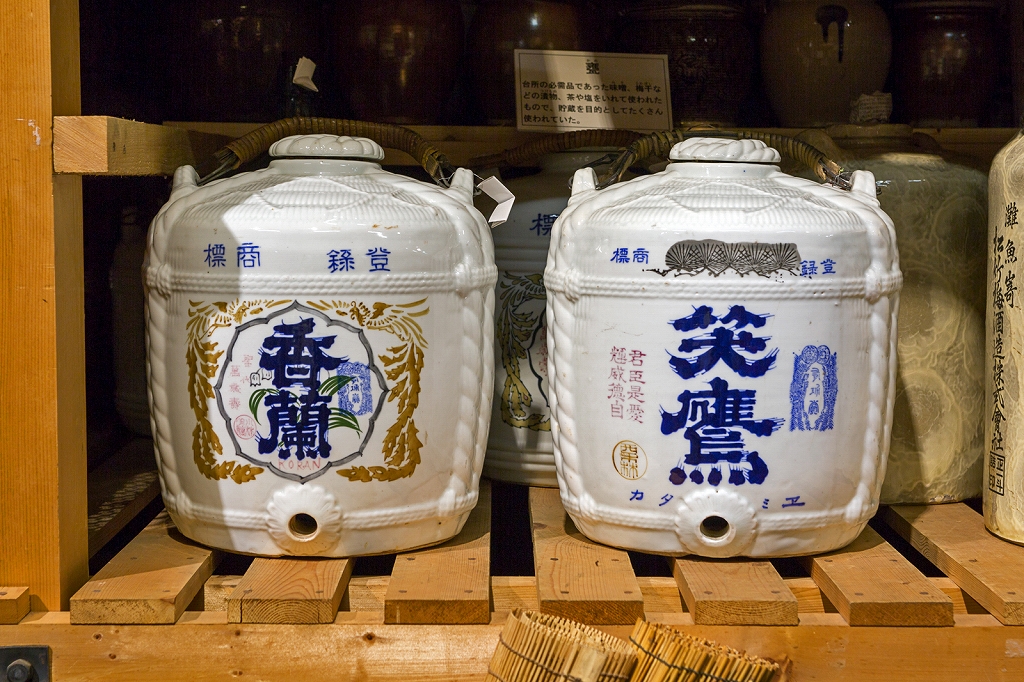 Around 1910, a number of steel mills opened in Muroran. The addition of steel to the city’s port and harbor industry spurred on greater demand for sake locally.
I visited the Tsuda Frame Store, located in Muroran’s oldest shopping arcade.
Tsuda Kazuaki, the owner of a studio making frames for paintings, is the fifth generation Tsuda from the founder of Tsuda Shuzo, which was one of these five breweries. The building where the studio and storehouse is located was formerly site of the brewery over 100 years ago. The exterior is made from brick while inside the ceilings are high and boards are used as beams to create a second floor. Apparently, the master brewer would sleep on the second floor during the preparations for brewing.

Tsuda Kiheiji, the founder of Tsuda Shuzo, was originally from Sendai and opened the brewery in 1888. The brewery’s main brand was Tokusen. Today, aprons and sake cups with the Tokusen name still remain. 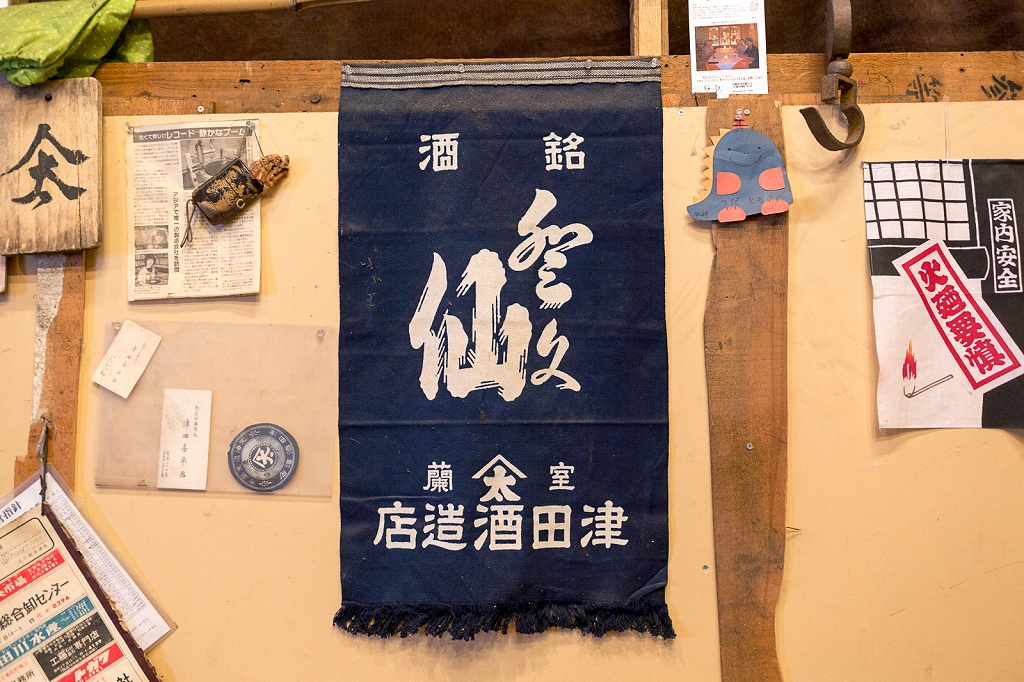 Apron with the name Tokusen 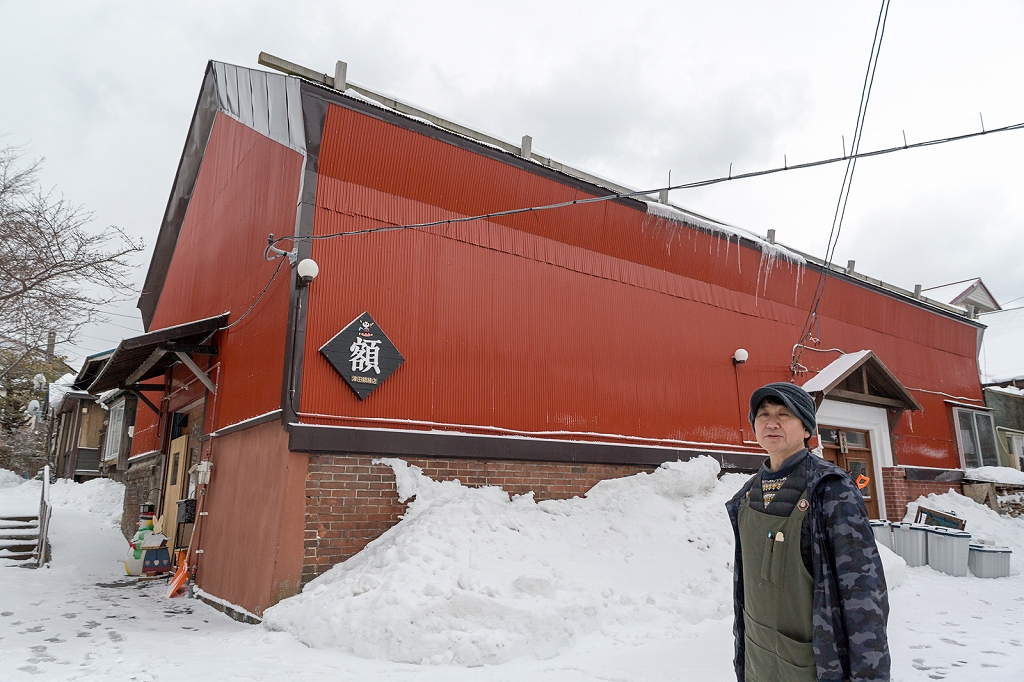 Tsuda Kazuaki standing in front of the former brewery

The return of Muroran-brewed sake

Sakemoto Hisaya, who runs an old liquor store that first opened in 1911, is trying to restore locally made sake in Muroran. His store is famous for its love of Japanese sake. 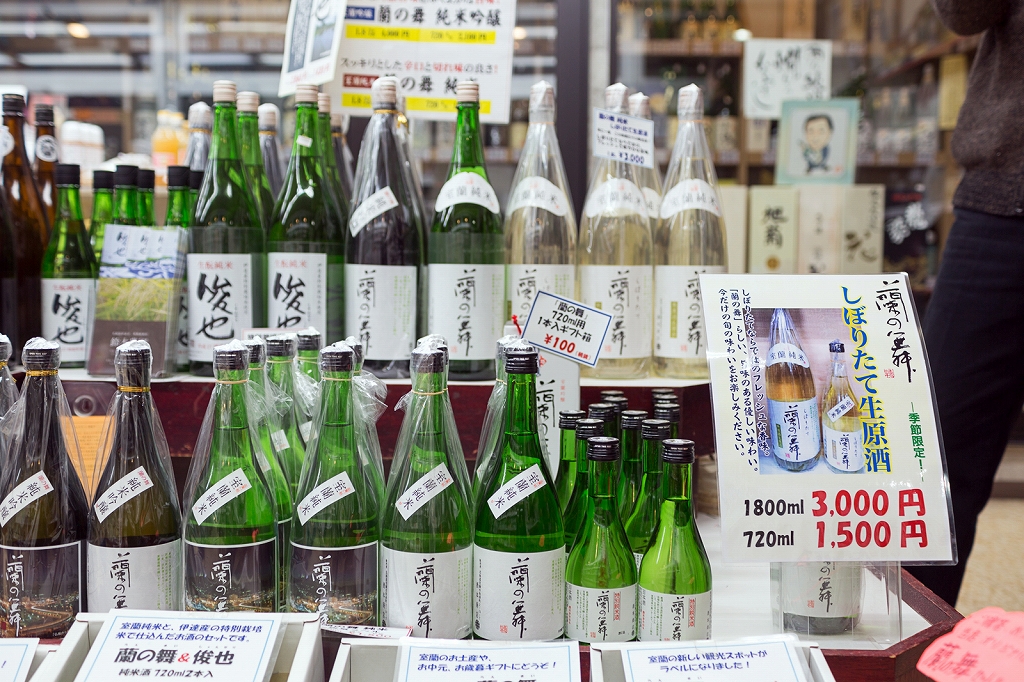 The lineup of original sake at Sakemoto Liquor Store

Sakemoto initially didn’t like Japanese sake. However, he says, “The first time I tried junmai sake [without added alcohol or sugar], I was shocked at the truly delicious taste of Japanese sake.”
Sakemoto first learned about the old local sake brand Koran at a sake festival held in Muroran in 1987 to introduce junmai sake from throughout Japan. This led him to research the history of sake in Muroran and the following year he brewed Ran no mai. “This new Muroran sake draws out the flavor of the rice and features a crisp finish and rather dry taste.” 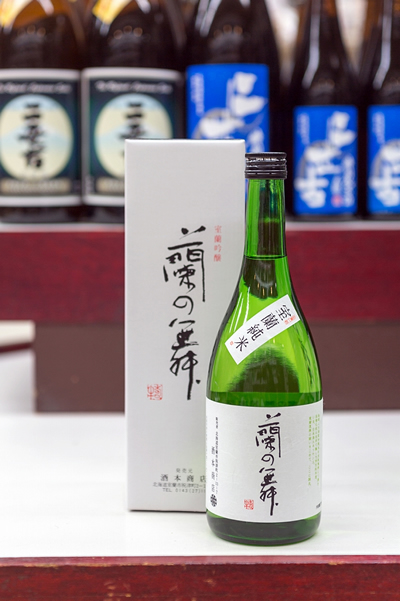 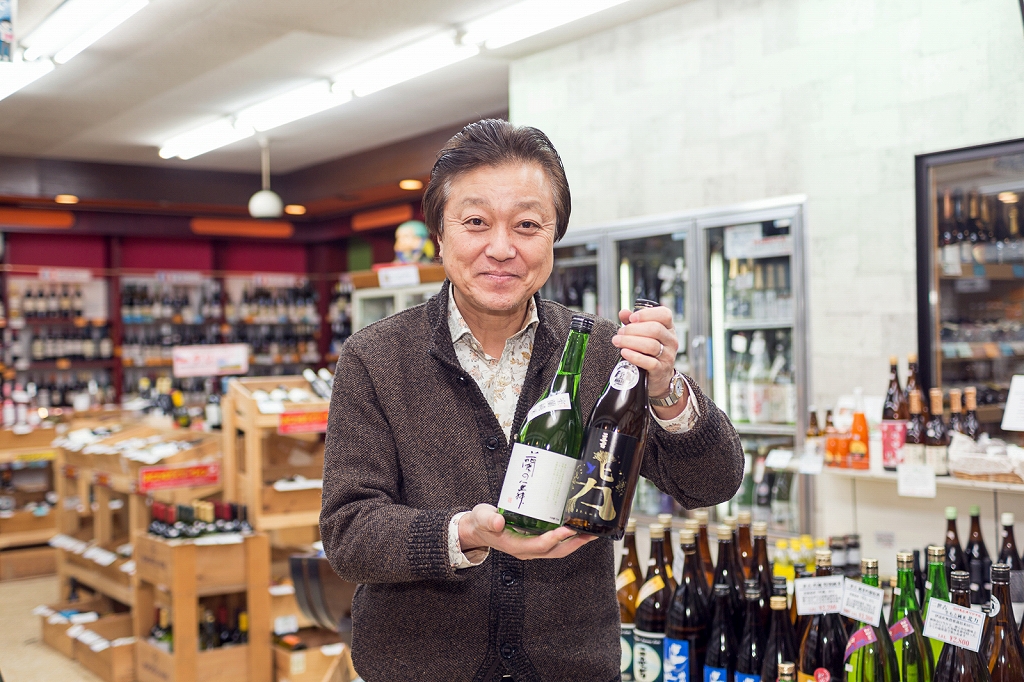 Sakemoto is a Japanese sake expert