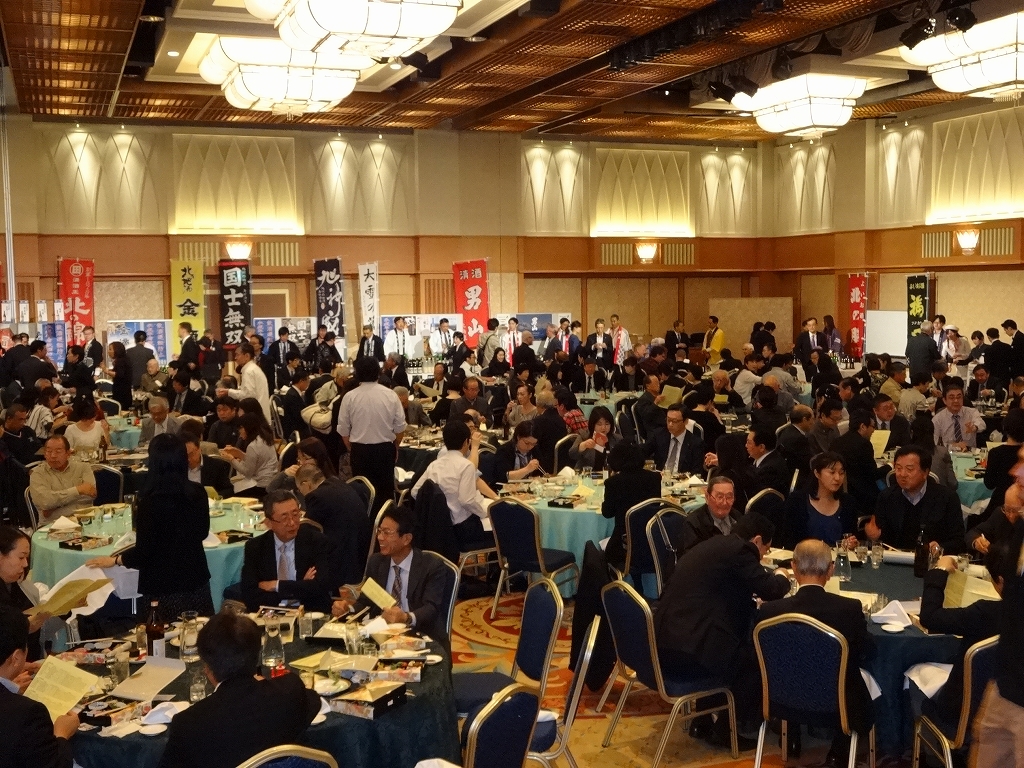 Hokkaido’s refined sake is high quality and popular around the world. We asked the managing director of Hokkaido Sake Brewers Association, Kadota Akira, about the current situation and outlook.
Words by Aratame Nanae
Photographs by Kurose Michio
Translation by Xene Inc.

A: The aim of the fair is to provide a chance to check out the taste of Hokkaido sake. Japanese sake brewers and shochu (white spirit) manufacturers within Hokkaido all gathered in one place, and sampling took place. The 2017 event featured the newly established Kamikawa Taisetsu Sake Brewery, so interest was quite keen.
Approximately 70 varieties of sake were on sale at the venue for between 100 and 500 yen per shot. The fact that sushi made by pros could also be enjoyed together with the sake was one of the reasons why the event was so popular. 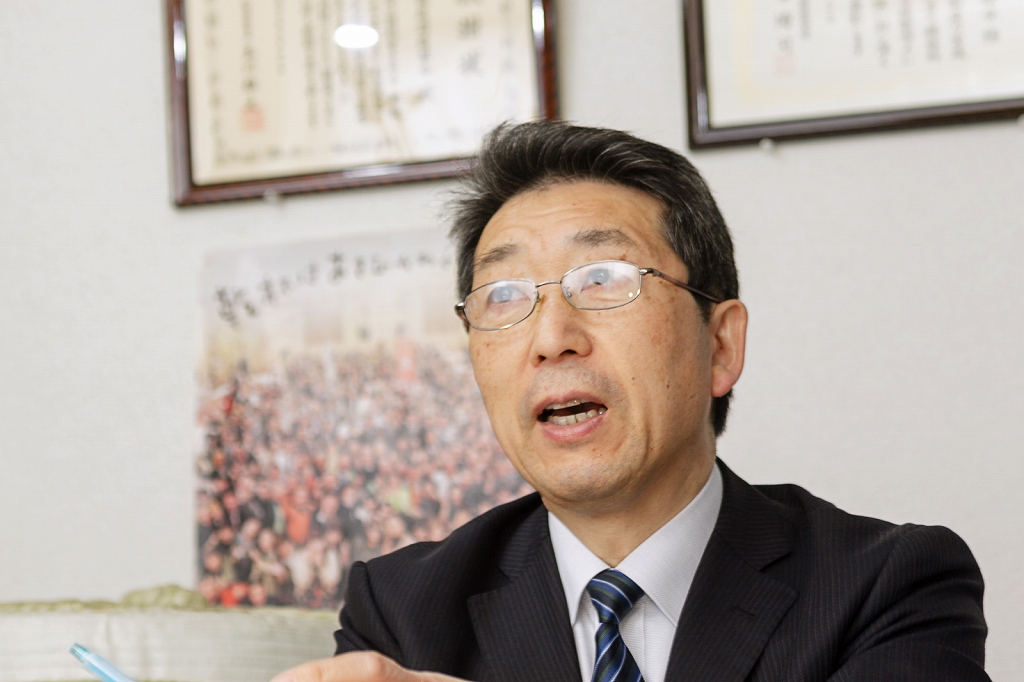 A high rate of prizewinners on a nationwide level

A: The National New Sake Appraising and Deliberating Fair held every May is the yardstick with which the nationwide evaluation is known. It’s a Japanese sake production-technique competition.
Hokkaido sake using “Ginpu,” “Suisei” and other varieties of sake rice produced in Hokkaido, has won Gold Medals every year for five years from 2011 to 2015. Nationally, the rate of Hokkaido prizewinners is top class, and technically and quality-wise, the level is high.

Q: Is the era of using sake rice from outside Hokkaido something of the past?

A: The rate of use of sake rice produced in Hokkaido is increasing every year, and in FY 2016, over 60% of the sake made in Hokkaido was “Hokkaido sake” that uses rice produced in Hokkaido. Farmers in each region exchanged opinions with local sake shops and breweries to consider what kind of sake rice is required, and then repeatedly devised ways in which to respond to the demands. Hokkaido sake rice is cheaper than rice from Honshu and this is one of the merits as far as the brewer is concerned. The number of breweries using all Hokkaido rice as ingredient rice is also increasing.

Drink and support the industry

Q: Is it true that the consumption rate of Hokkaido sake within Hokkaido is still not so high?

A: Since 2005, the amount of Hokkaido sake consumed in Hokkaido has remained at approximately 20% of the total amount of refined sake consumed. As the variety of alcohol becomes more diverse, the movement away from Japanese sake is progressing.

Q: What is needed in order to support your local brewery?

A: The best method of support is for the people of Hokkaido to drink sake produced in Hokkaido. Even if consumption only increases by 1%, this will be great encouragement to the breweries and those who produce the rice.

Q: It seems that the popularity of Japanese sake is increasing with the worldwide boom in Japanese cuisine.

A: The Snow Festival, which is visited by many tourists, provides a chance to promote Hokkaido sake. The Association established a “Hokkaido Local Sake Sales Center” at Odori West 10, from nine years ago. Every year, approximately 60 varieties are offered at between 100 and 700 yen per shot. If the visitors like the sake, they can purchase bottles right there. English-, Chinese- and Korean-speaking staff are permanently stationed on site, and new and limited-edition sakes are available. 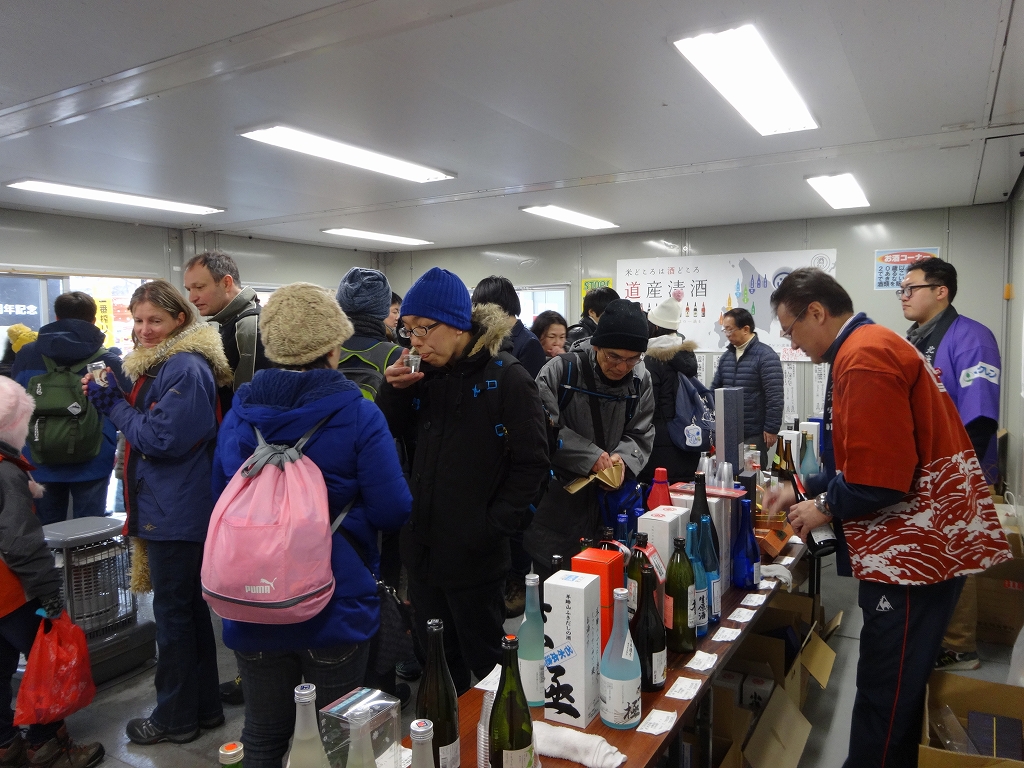