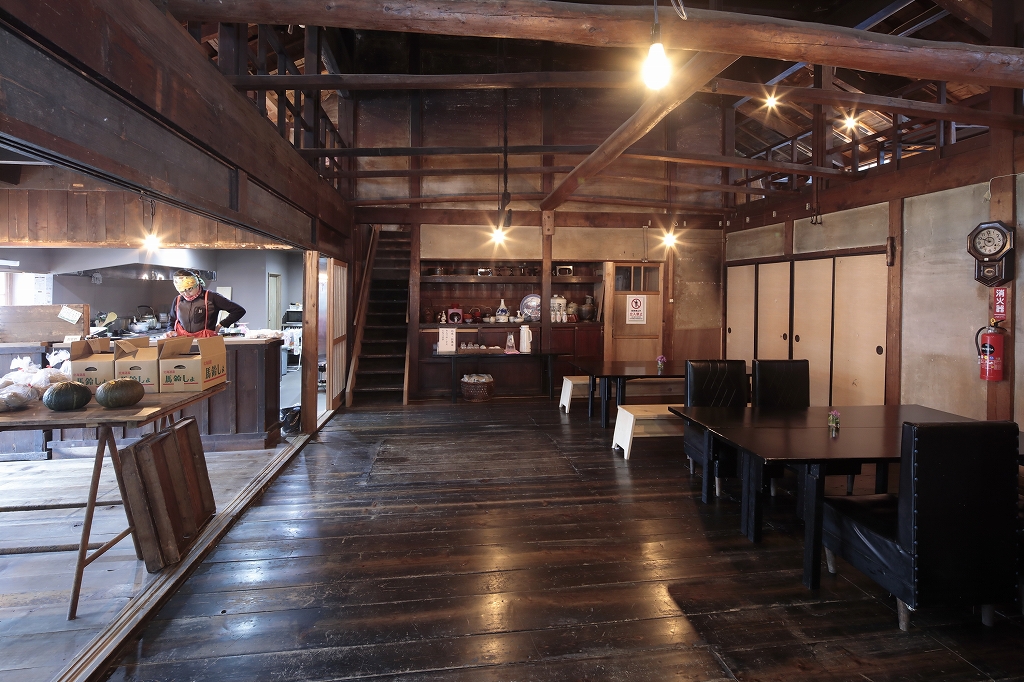 The Former Yamashime Fukui Residence, built by Fukui Shigejiro towards the end of the Meiji Period

The Bikuni district of Shakotan Town thrived on herring fishing from the Meiji Period (1868-1912), and even now the old banya (fishermen’s hut) remains.
Words by Ishida Mie
Photographs by Ito Rumiko
Translation by Xene Inc.

The aroma of coffee drifts around the banya

The aroma of coffee drifts around the building, with its shiny black floors, thick beams and the countless memories it has accumulated.
The Nishin Denshu-kan (herring culture museum) “Yamashime Banya” was acquired from the Town in 2014 by the Shakotan Fisherman’s Alley Council – an organization established by local volunteers – and was opened in 2016 as a facility to convey the herring culture. “We want it to become a place where locals and visitors to the town can gather,” says the café manager, Takeda Yuka.

Takeda moved to the town from Sapporo about a year and a half ago, was attracted by atmosphere of the charming Yamashime Banya building and began to think about “doing something” there.

Takeda became friendly with the members of the council at their meetings, and consulted with them about wanting to make the Banya’s a place where people can meet. From May of this year, Takeda has been in charge of the Banya’s café section, as well as a project to utilize the surrounding stone warehouses. 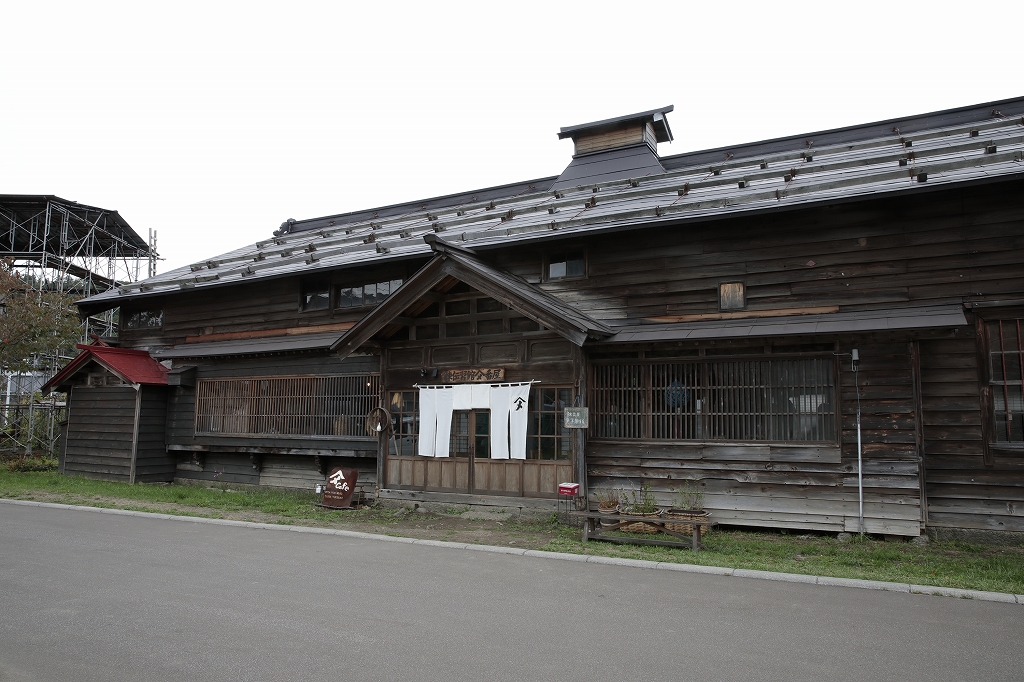 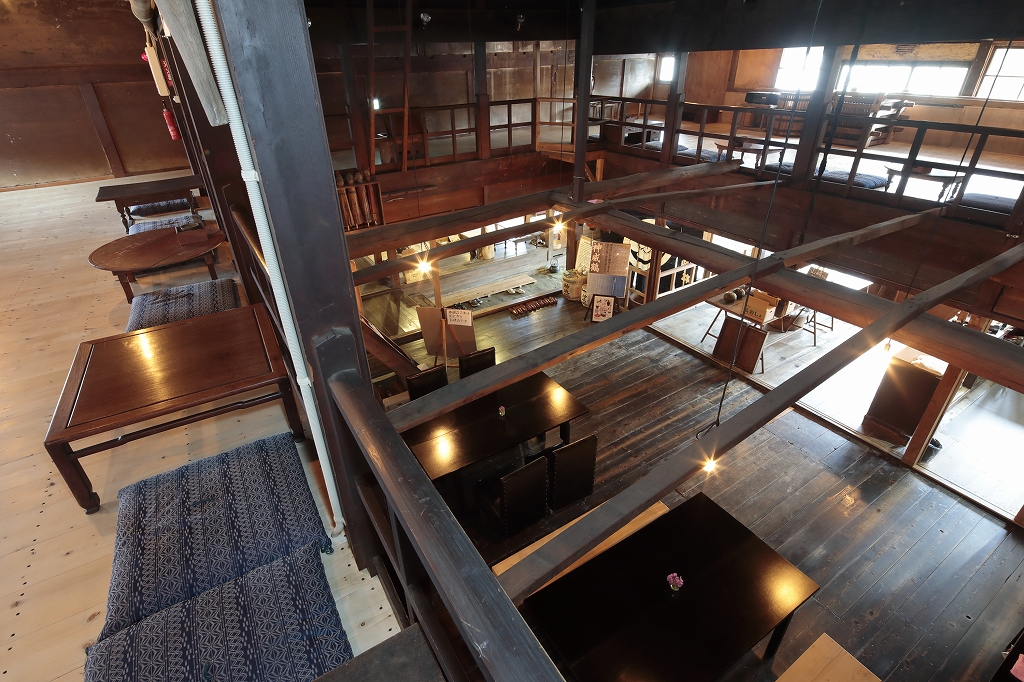 During the peak of the herring fishing boom, almost 100 fishermen slept here 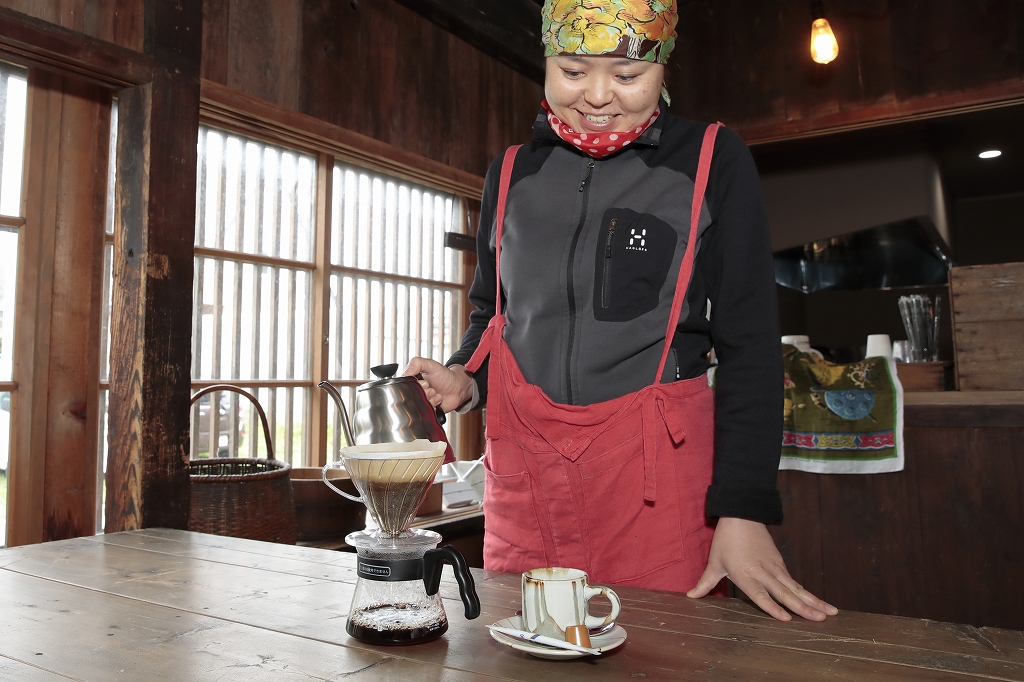 Takeda, with her charming smile

Traditional food and music, too

On the 1st floor of the Banya, not only coffee but herring broth, masu salmon and sea urchin rice-balls are also served. The cooking is supervised by Torai Kazuko, who hails from Hamafumi, a village that was once located approximately 20 minutes by boat from Bikuni. Torai’s grandfather was the owner of the fishing company and Torai herself lived in the Banya until she was a 5th-grade elementary-school pupil and during the fishing season prepared meals for hordes of fishermen.
“The fishermen often ate herring broth and rice-balls,” says Torai. In summer, many tourists come and this place is popular as there were few places to drink coffee. The Banya also hosts concerts as well as workshops held by Torai on the region’s traditional confectionery, sweet flower-shaped dumplings. 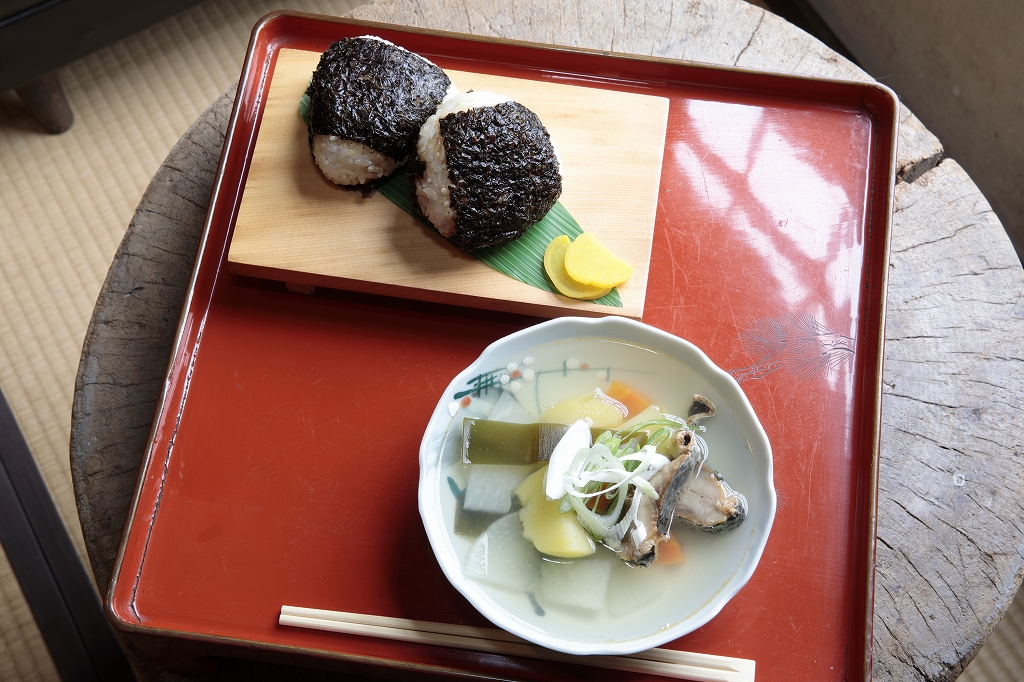 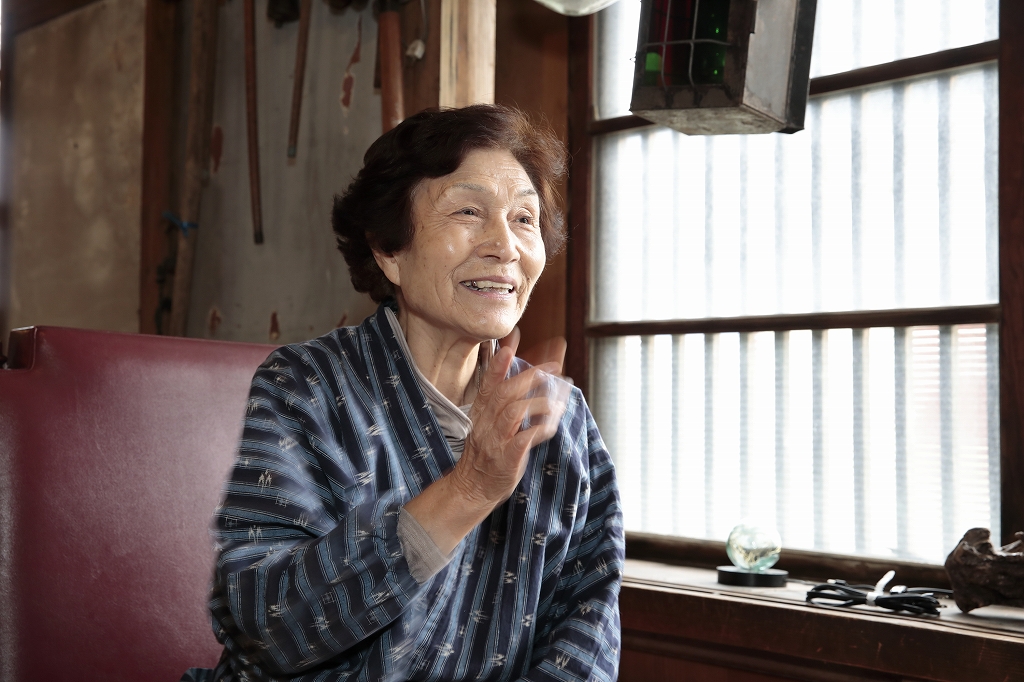 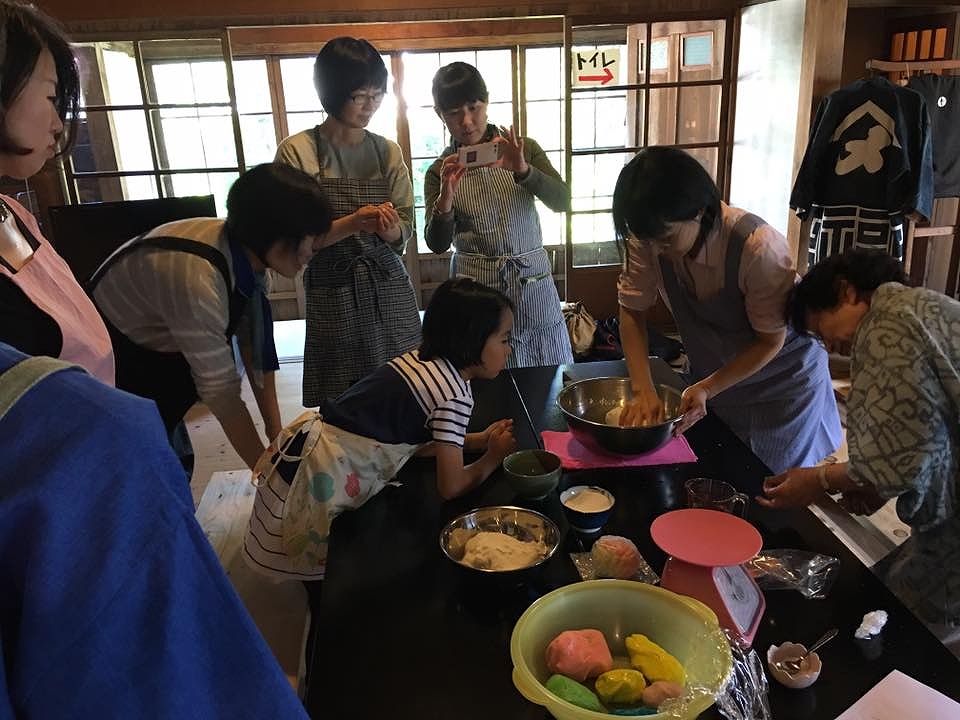 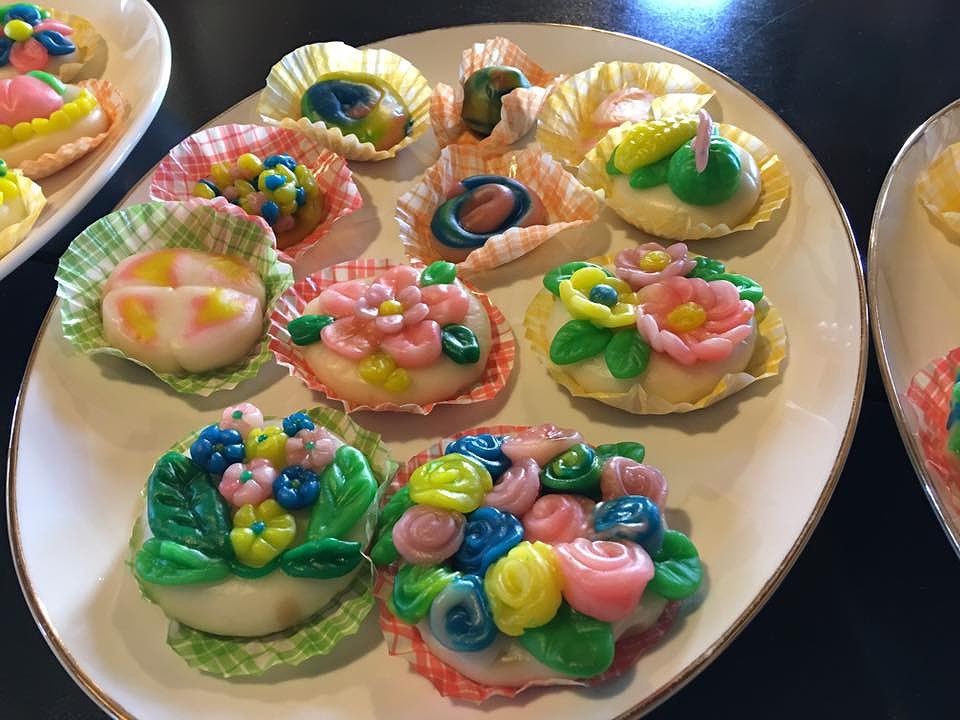 Sweet flower-shaped dumplings are used as offerings at graves. (The above two photos courtesy of HIROMA) 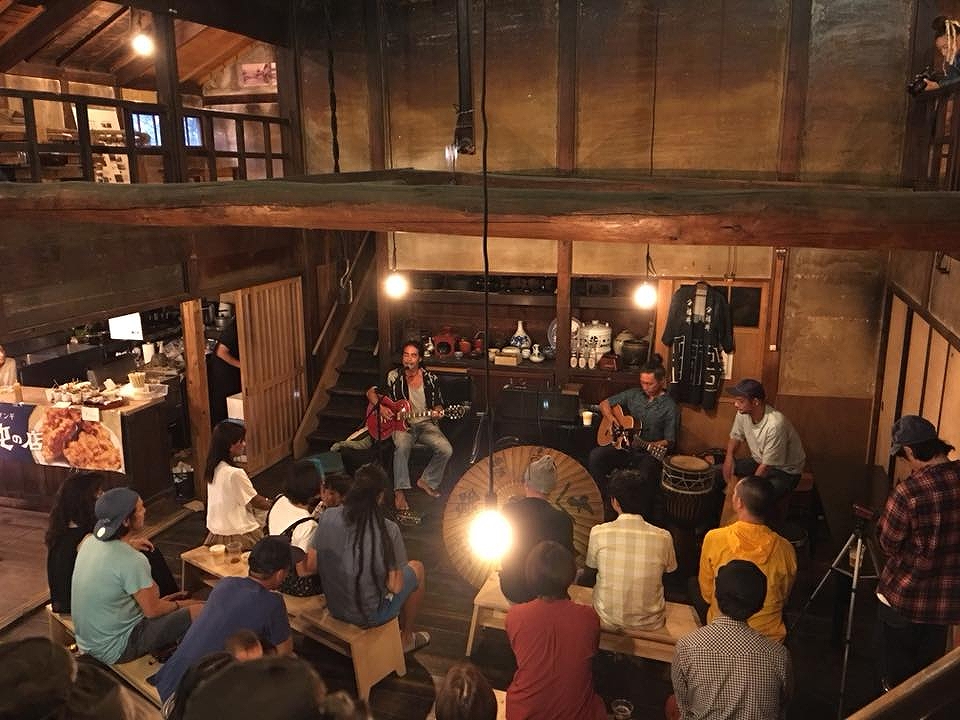 A scene from one of the concerts (Photo courtesy of HIROMA)

One of the volunteers that explains about the lifestyle at the time in order to convey the herring culture is Kawagishi Goro, who often came to play at the Banya as a friend of the Fukui family’s son.

We asked the chair of the Council, Bessho Norikazu why the Banya had been preserved.
The role of the Yamashime Banya changed along with the decline of the herring fishing industry, and from 1949 it became a Japanese-style inn and a boarding house. From the 1970s, it was not used at all and was donated to Shakotan Town. In 2011, the Town Assembly approved the sale of the Yamashime Banya. At that time, Bessho and his colleagues heard a story from another town, where “a herring banya was sold by auction and immediately demolished.”

Bessho and his colleagues realized that the buyers valued the Banya not for its history but for its materials – its thick beams and columns – and formed a study group to preserve the Banya. The group then persuaded the Town Assembly to scrap its plans to sell the Banya.

“In future, too, the Banya will remain here, and it will be great if lots of people can spend time here.” 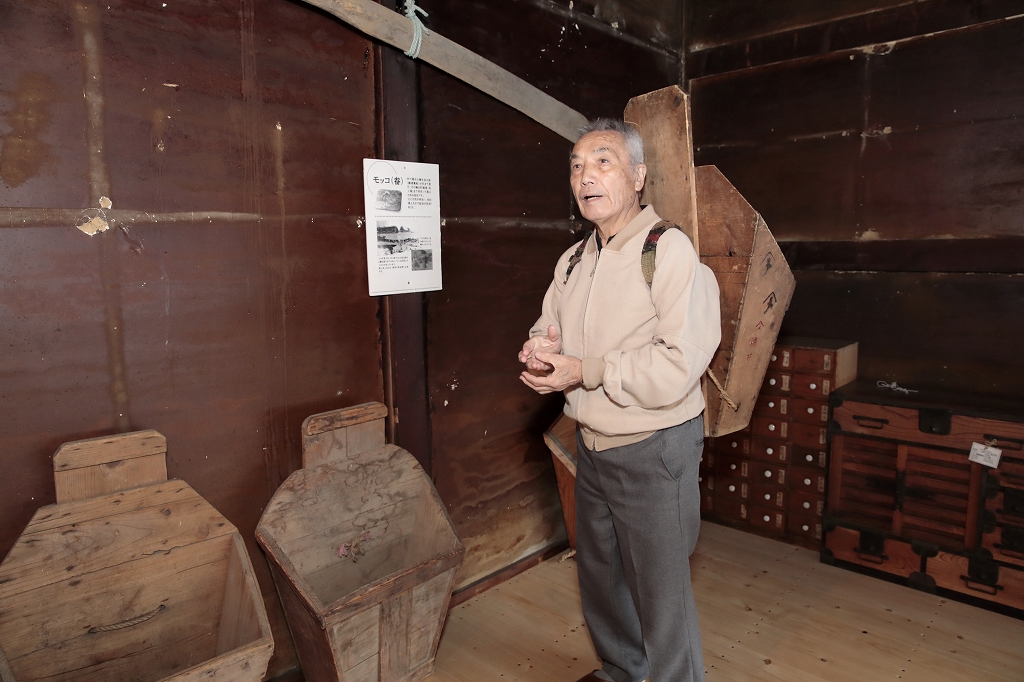 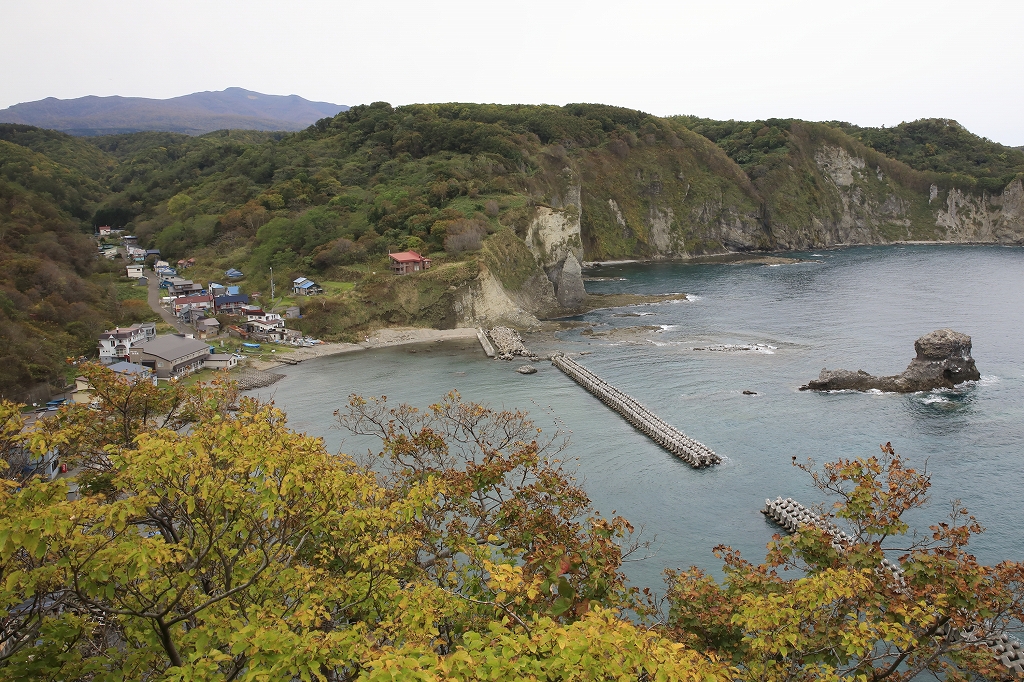