The Salmon Ancestry of the Northern Ancient Peoples 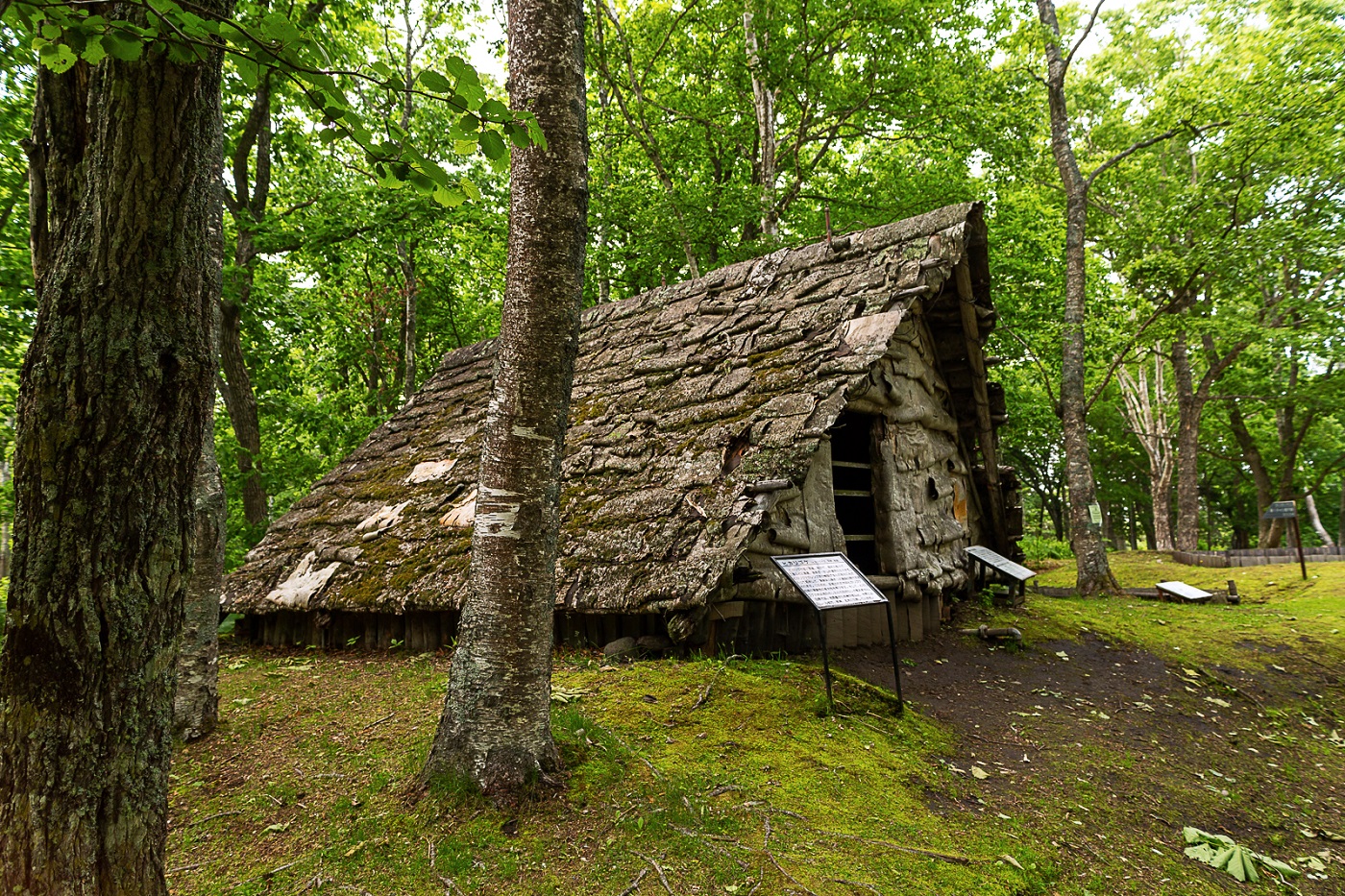 A reconstructed Tobinitai house within the park

People have gathered in the Shibetsu region building their culture around the salmon swimming upstream in autumn, since 10,000 years ago. In the background of the blooming culture of a northern ancient people called the Tobinitai culture, the salmon was the intermediary that was influencing the movement of its people. The countless remnants of pit-dwellings convey this history.
Words by Shibata Miyuki
Photographs by Kurose Michio
Translation by Satomi Saito and Winslow Taylor

Shibetsu Town, a land of the remains of many large pit-dwellings

Shibetsu is located at the base of the Shiretoko Peninsula. It is a town known for salmon, as catching salmon is a fundamental part of its fishing industry. Shibetsu boasts some of the best salmon fishing in Japan. Many people have gathered to search for salmon since long ago. There are about 4,400 pit-dwellings built around rivers from the Jomon period(~10,000 years ago) up to the Satsumon period(~1,000 years ago) in the town. It is named as the Shibetsu ruins grouping. The discovery of salmon bones aged from long ago, found at each pit-dwelling is one of the unique characteristics of the ruins. This gathering of salmon for provisions indicates that people have dwelled in the Shibetsu region for the span of nearly 10,000 years.

The Ichani Karikariusu Ruins are designated as a National Historical Site in Shibetsu Po-Gawa Historical Nature Park and is the largest site among the Shibetsu ruins grouping. There are the remains of pit-dwellings left only as depressions on the top of a small terrace of a forest deep within the Shibetsu marshland. Among the approximate 2,500 pit-dwelling sites that have been found, more than half of them are concentrated here. 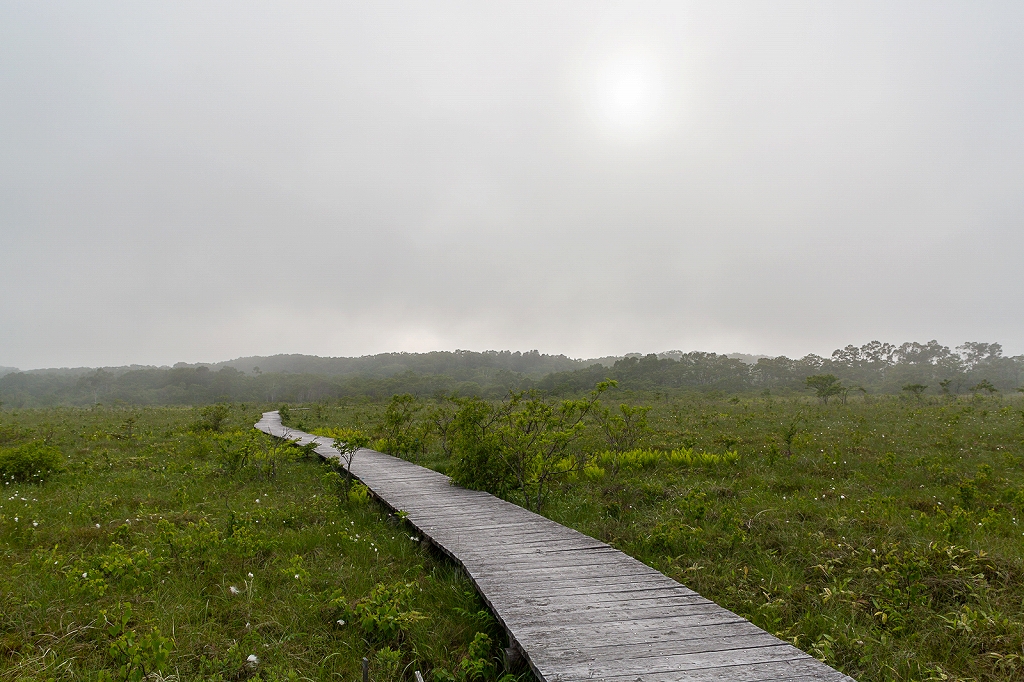 About 60,000 years ago the area where the sea previously encroached, became a marshland about 30,000 years ago. The Ichani Karikariusu Ruins, now situated on top of the marine terrace eroded by seawater, contains the remaining traces of livelihood from that of the Jomon period to the Satsumon period. 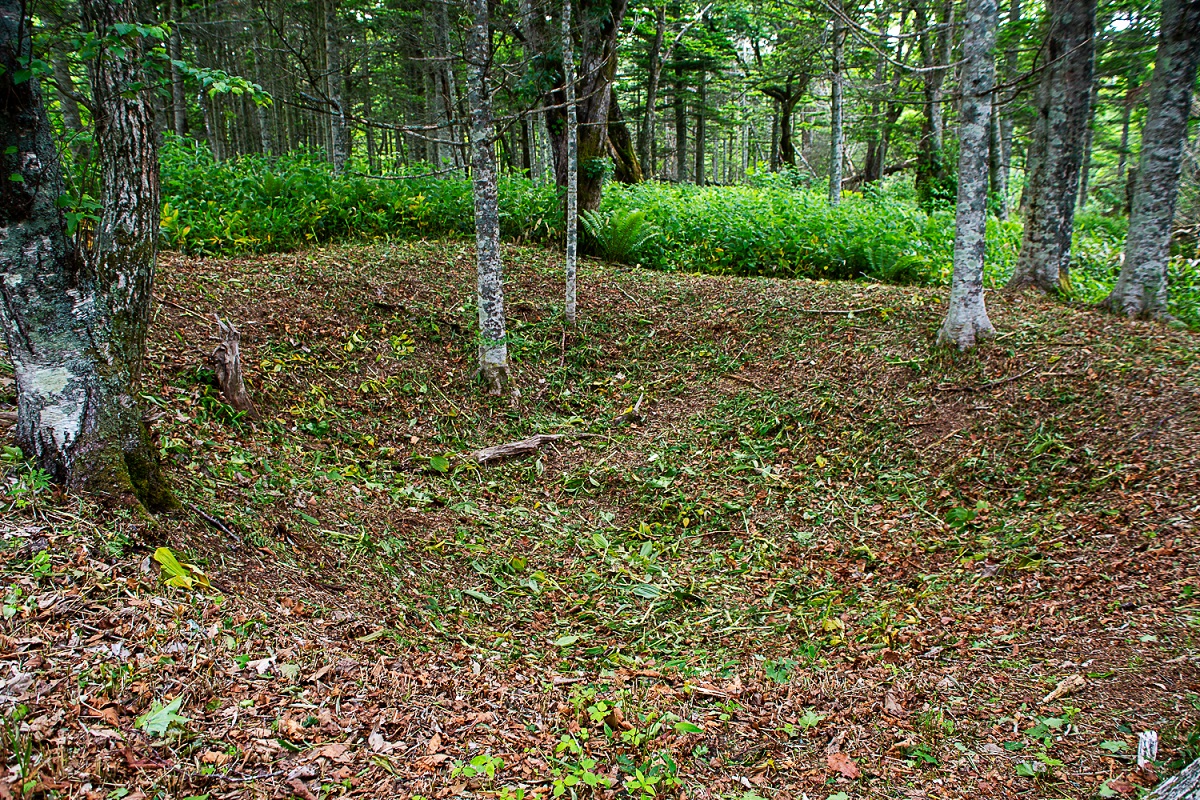 Round depression of a pit-dwelling from the Jomon period. A following pit-dwelling was built on top of its remains in a later period.

Ichani is derived from “Ichan,”meaning the spawning ground of salmon, in the Ainu language. The Po River flows along the terrace where the ruins are located. The river flows into the Nemuro Strait, and is a tributary of the Ichani River. The salmon climbed upstream from the Ichani River and laid their eggs to spawn there. The salmon bones which were excavated from pit-dwelling remains of Jomon culture from the early Jomon period (~6,000 years ago) to the middle, late, and also the following era. Under the survey of Jomon ruins at the Shibetsu ruins grouping, about 70% of excavated food remains were of salmon classification.
As Tetsuya Ono, the curator of Po-Gawa Historical Nature Park remarks, “Although salmon remains have been found as one of the various food sources at other Jomon Ruins, there have been few cases in which salmon is the main constituent of food remains.” In places such as Sapporo and regions downstream the Ishikari river, it only amounts to up to 50 percent of the remains, which indicates a distinct prevalence of salmon remains in Shibetsu. 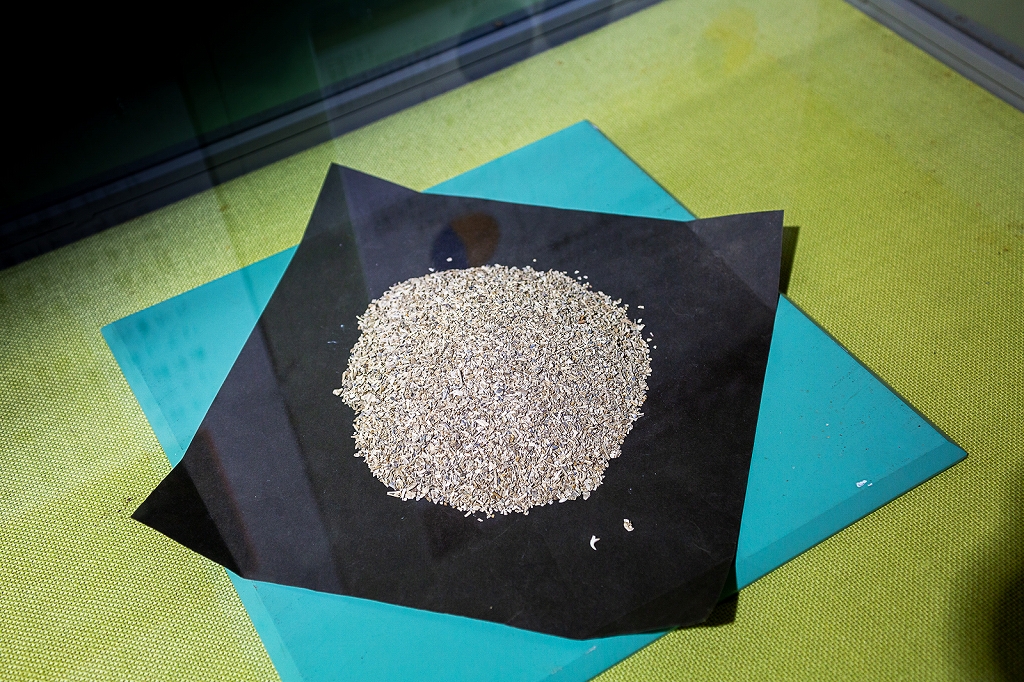 Salmonidae bones remains found in the fireplace of a pit-dwelling. (Exhibition in the Visitor Center).

Moreover, in recent years in a DNA analysis, it was discovered that most remains were of Chum salmon (Oncorhynchus keta). It then became clear that people had been hunting salmon when these fish go upstream in autumn. The salmonidae that come in the spring such as White-spotted char, Cherry hybrid has not been discovered. This is why it is thought they couldn’t have caught the fish except in autumn. Ono’s line of thinking is as such: ”Concerning the presence of only Chum Salmon, people seemed to have gathered in Shibetsu only during the autumn salmon fishing season.”
There are remains of Jomon culture on the Nemuro Strait coast such as in Nemuro itself and Betsukai as well, but not many salmon have been excavated. In spite of being a place where a lot of salmon lived, perhaps they were not caught. Possibly, the people who lived on the Nemuro Strait coast in villages migrated to Shibetsu for salmon fishing in autumn. The salmon they caught by themselves would be processed into dry salmon acting as a preserved food. When salmon season ended, they moved to another place in search of food and built a new village. Moving from place to place each season, we see the possibility of the Nemuro Strait coast having acted as a single dwelling area for such people. 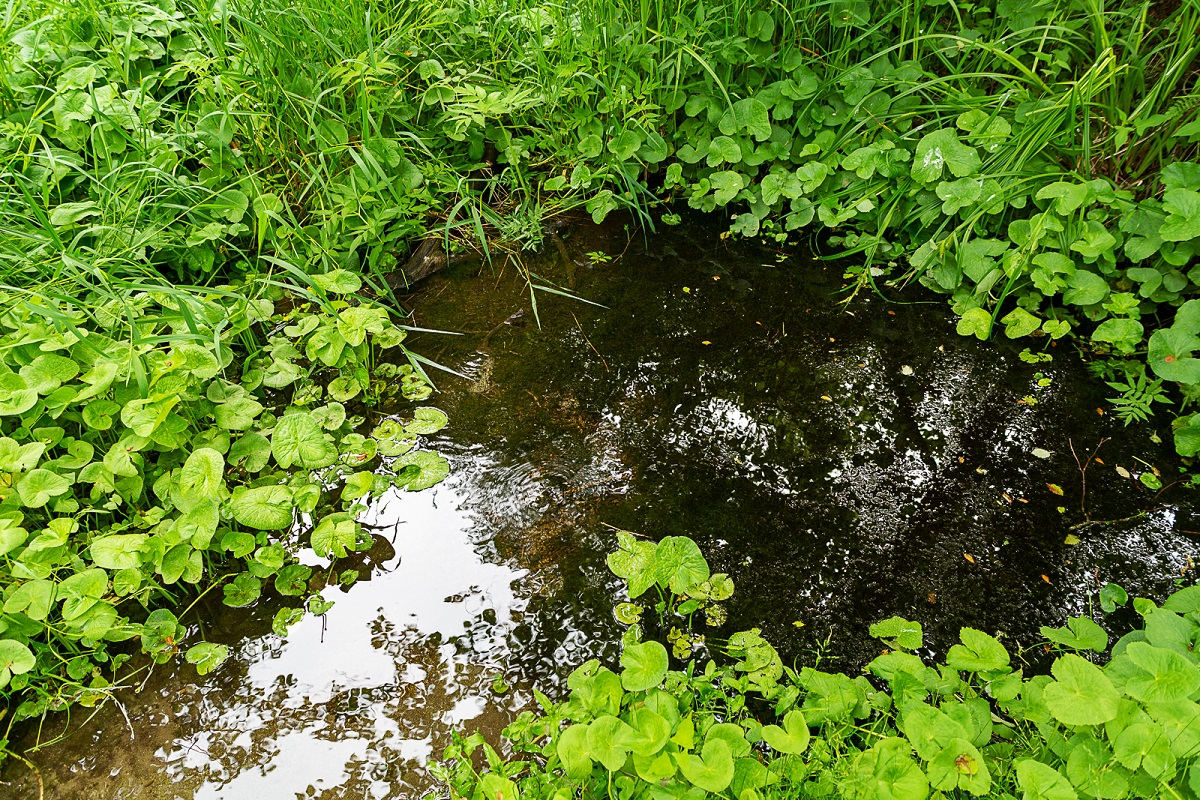 Ponds under the ocean terrace where subsoil water from the Shiretoko mountain range gushes out.
The spring water doesn’t freeze, even in winter. It has served as a spawning bed for salmon and a water source for the people of the nearby pit-dwellings.

A Livelihood based in marine life, towards one centered on Salmon

Salmon bones have been found in large numbers in the Tobinitai pit-dwelling remains from the early 10th century in the Ichani Karikariusu ruins.
Tobinitai culture in the Nemuro Strait area highly exhibits such features. Ohotsuku culture spread along the Ohotsuku coast and among the Kuril Islands by people who came across from the continent around the 5th century. During the 7th century, the Satsumon culture spread into the Ishikari marshlands located in central Hokkaido with the Ishikari river at its heart. As a result of this contact, Tobinitai culture came to flourish in the 10th century. So far, the ruins of the villages have only been found in Shibetsu and Rausu, as well as Kunashiri and Etorofu on the opposite shore. At the very least, it is thought that it was a route on which people traveled the area.
We can see many pit-dwelling remains from Ohotsuku culture whose main subsistence was from marine animals such as sea lions, seals and other animals. In the same way as the Satsumon culture, it changed to mainly salmon and trout. Many excavated salmon bones signify an important turning point in the culture. People who lived in the Tobinitai culture chose a life that was particular to salmon as a means of supporting their local culture. It isn't known whether it was Chum salmon or not, but if so, possibly the large village was built anew each autumn. Surely, people from the opposite shores of the islands also came here. The high quality Shibetsu salmon, dried and stored for winter, is thought to have been a point commerce with the neighboring Satsumon people. 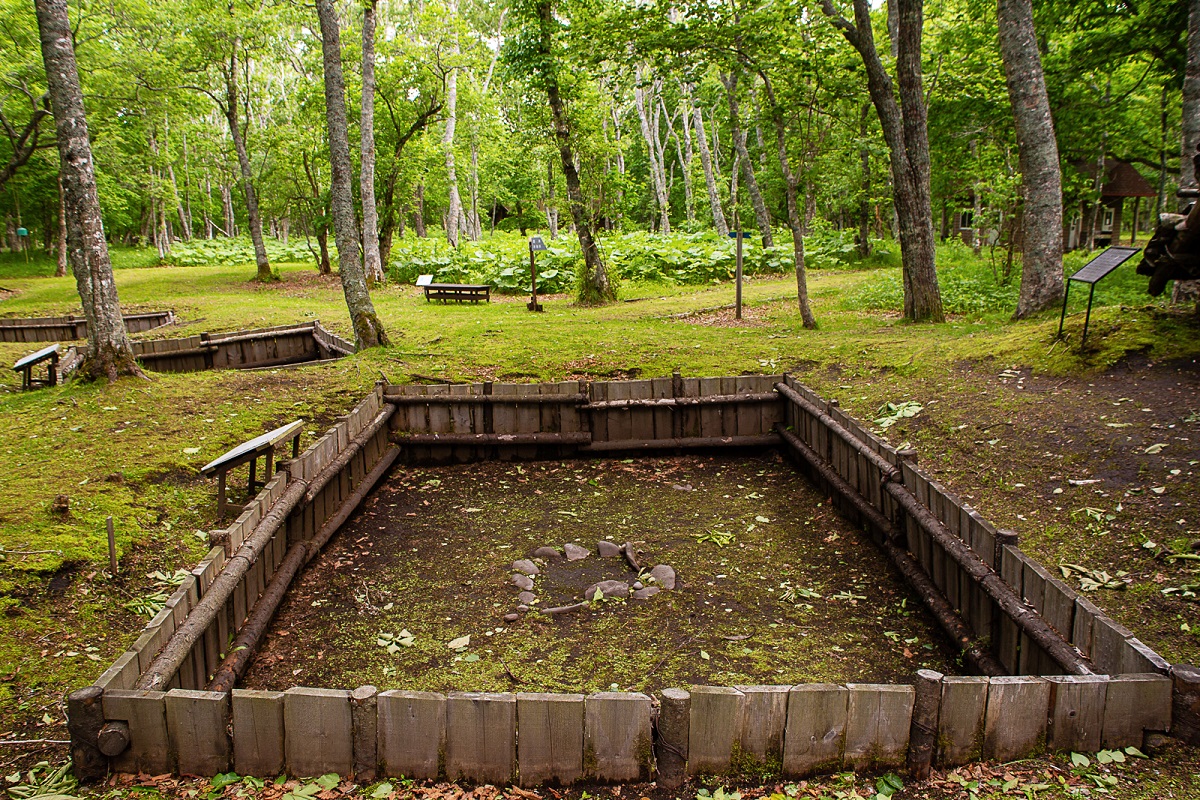 After that, It is thought that Tobinitai culture was absorbed by Satsumon culture but it still isn’t clear whether or not this was the case. It was one cultural zone connected by salmon in the Nemuro strait area according to the Satsumon ruins on Kunashiri Island and Notsuke peninsula which are thought to have been a transit location. In addition, this area overlapped with the Ainu people who lived the land called Menashi.

An inheritance of a local network in the channel

A hill lies on the junction between the road from the Shibetsu township and into the Notsuke Peninsula. This is the Tabu mountain Ruins. On the ruins there is a Chashi, a kind of remains of Ainu culture upon the hill. There are Chashi in all parts of Hokkaido, which often used to be used as war forts or castles. It is thought that they were built at first as sacred ground, and then came to be used for various functions.
One of such functions is the role of a lookout. They were often built near rivers from midstream to upstream where salmon and trout go upstream and spawn. It is thought that the villages were building and they were watching and managing the water source and the salmon for resources. However, the Tabu mountain ruins were built at the mouth of the river. The Chashikotsu river flows parallel to the sea in front of the Tabu mountain. There was the village here, but its location on the inland riverside appears to serve a different purpose. 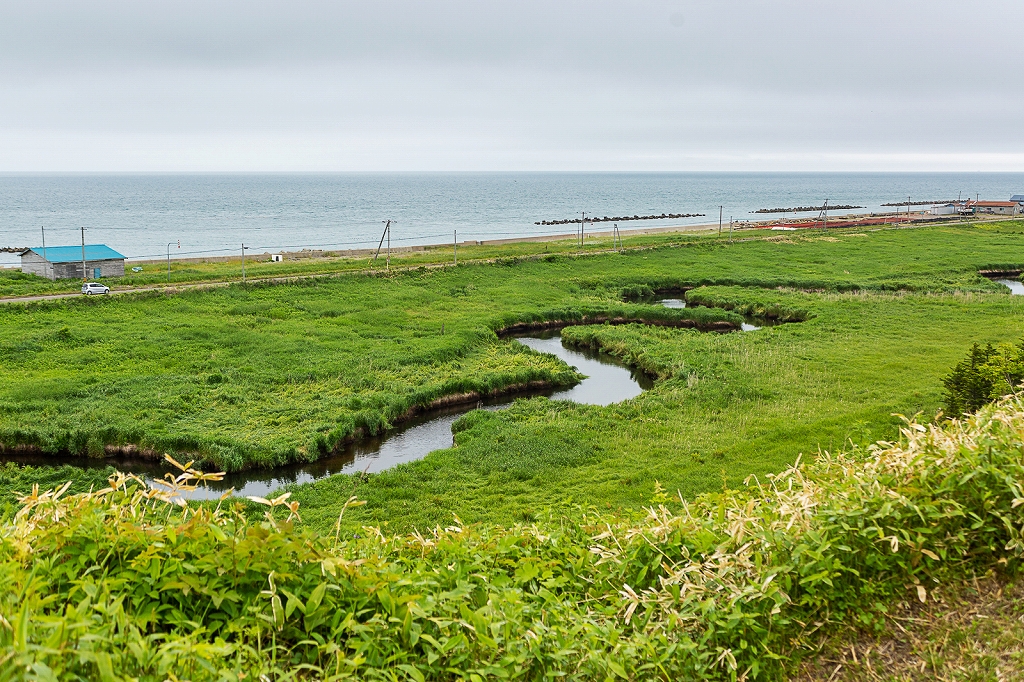 View of the Chashikotsu River from the Tabu Mountain Ruins

For the Ainu people, rivers were also routes of travel. For the Jomon, Tobinitai, and Satsumon peoples as well, they traded along the riverside, and otherwise left towards the sea to cross the channel. It can be surmised that the people who built the Tabu mountain Chashi used the mouth of the river, not the riverbanks, as a base of communication, transportation, and exchange. Mr. Ono states, “They were probably using the mouth of the river as a harbor. They moved from the Chashikotsu river to the Notsuke gulf, and into the open sea as well. Thanks to their ships, they could easily leave from the narrow lands between the rivers and the ocean. 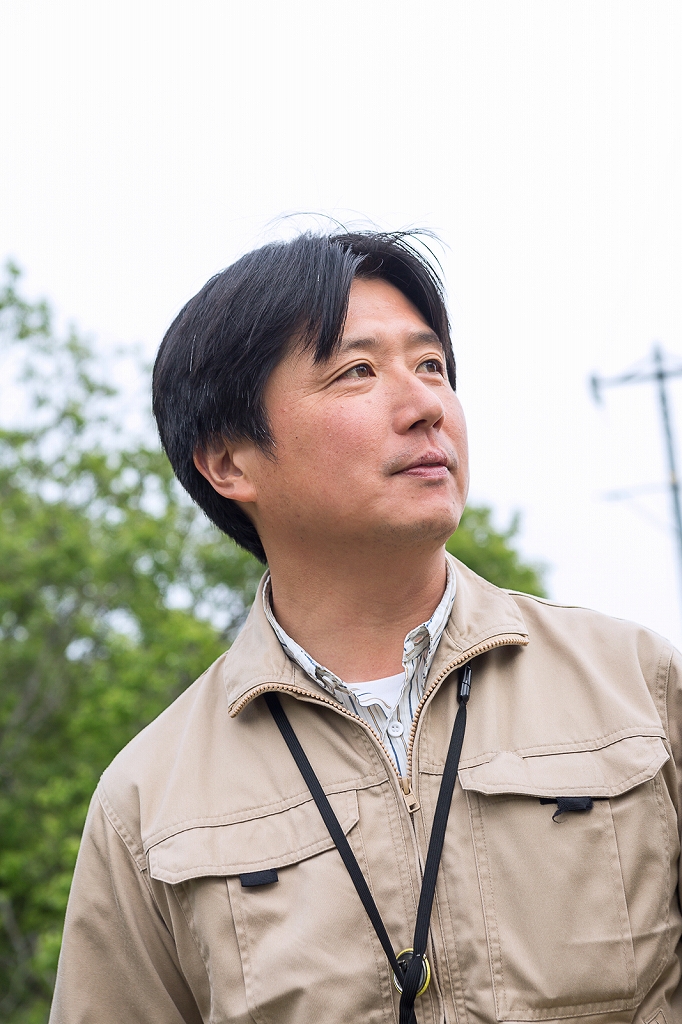 Chashi ruins can be seen at other mouths of rivers on the Shibetsu coast. On the opposite shores of Kunashiri, there are also Chashi at the mouths of rivers. This suggests the Chashi ruins around the mouth of the river were places which connected villages and the sea in a network that spread as a single region across the Nemuro channel. Using salmon as a culturally inherited means, the Ainu culture associated with the land of Menashi began here. 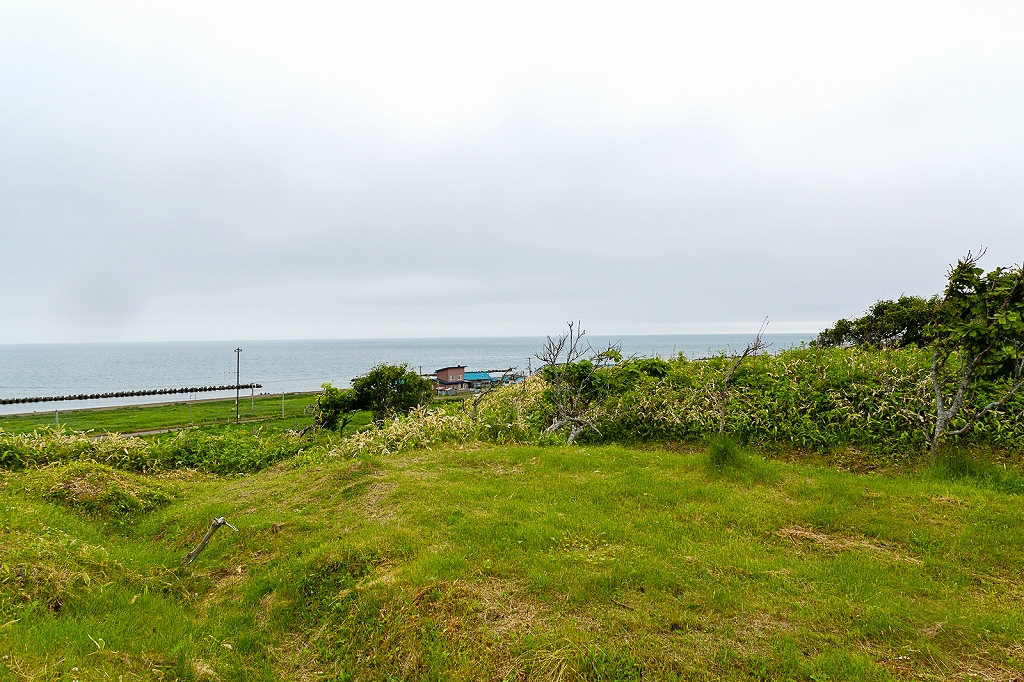 The four remaining trenches were foundations of barricades surrounding a fortress in the Tabu Mountain Ruins.
Here are the traces of previous conflicts between fellow Ainu peoples.

If you stand upon the Tabu Mountain Ruins, the Nemuro Strait is visible in panoramic view. The silhouette of Kunashiri can also be seen in the distance. Gazing out at the sea into a wide and singular world, one wonders what the people of that era had thought of it. 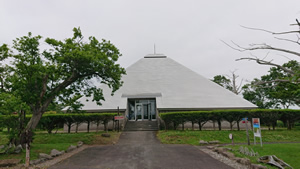