Start from a museum 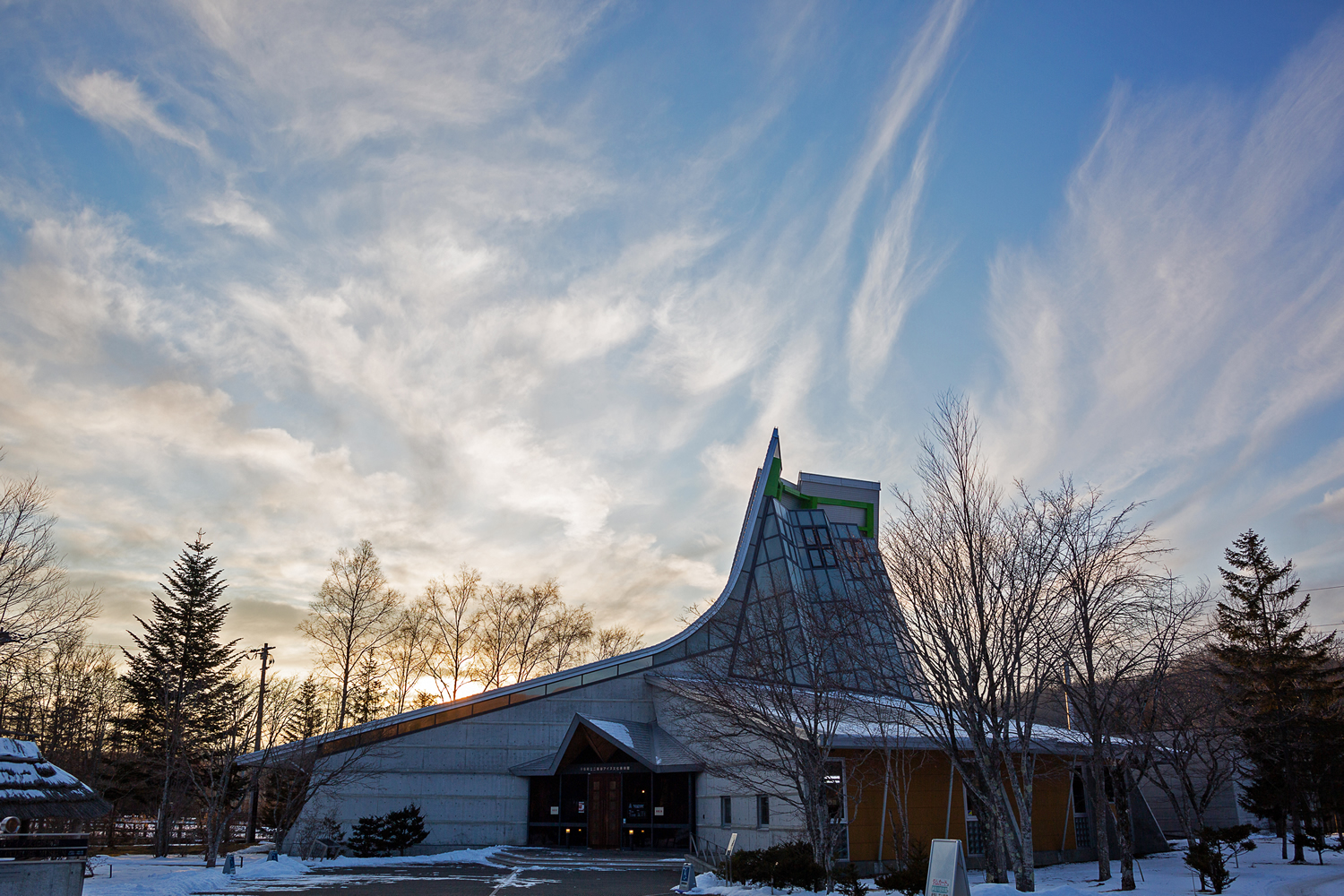 In the museum amid the land that can be said to be the origin of Ainu culture, is a world of everyday implements that are blessings from the kamuy (gods).
Words by Shibata Miyuki
Photographs by Kurose Michio
Translation by Xene Inc.

The Biratori Municipal Nibutani Ainu Culture Museum boasts a collection of over 1,000 everyday Ainu articles and, in terms of diversity, is one of the largest collections in Japan. Some have been reconstructed but almost all were actually used in the region; many of them are thought to be from the Meiji and Taisho periods over 100 years ago. According to the deputy curator Sekine Kenji, “There are almost no other places where such implements that were actually used in the region can be seen.”

But why does such a large number of everyday implements remain here?
Japan’s first Ainu member of parliament, the late Kayano Shigeru was a leading collector of Ainu implements, who focused his attention on handing down the Ainu culture in Nibutani. Kayano claimed “If we don’t collect the Ainu implements ourselves, they will be dissipated,” and began his personal collection in the 1950s by gathering all he could in and around Nibutani.
Research of Ainu culture in Nibutani progressed from the Meiji period, and the magnificent patterns of wood carvings and the like attracted the attention of Wajin (Japanese) researchers. However, everyday items failed to attract such attention, and disappeared from the lifestyles of the Ainu in modern times. Kayano purchased all kinds of items from people of the regions, and what he couldn’t obtain he made. These items were then displayed in a museum he established. Subsequently, the main part of Kayano’s collection was transferred to Biratori Town and, in 1992, became part of the Nibutani Ainu Culture Museum collection.

The exhibition hall is divided into 4 zones.
Immediately after the entrance is the Ainu Zone; The Ainu Way of Life, in which a plethora of items used in everyday life are displayed. As well as knives and trays craved with beautiful patterns, there is also a wide range of embroidery and clothing woven from attus, cooking utensils and nursery items. 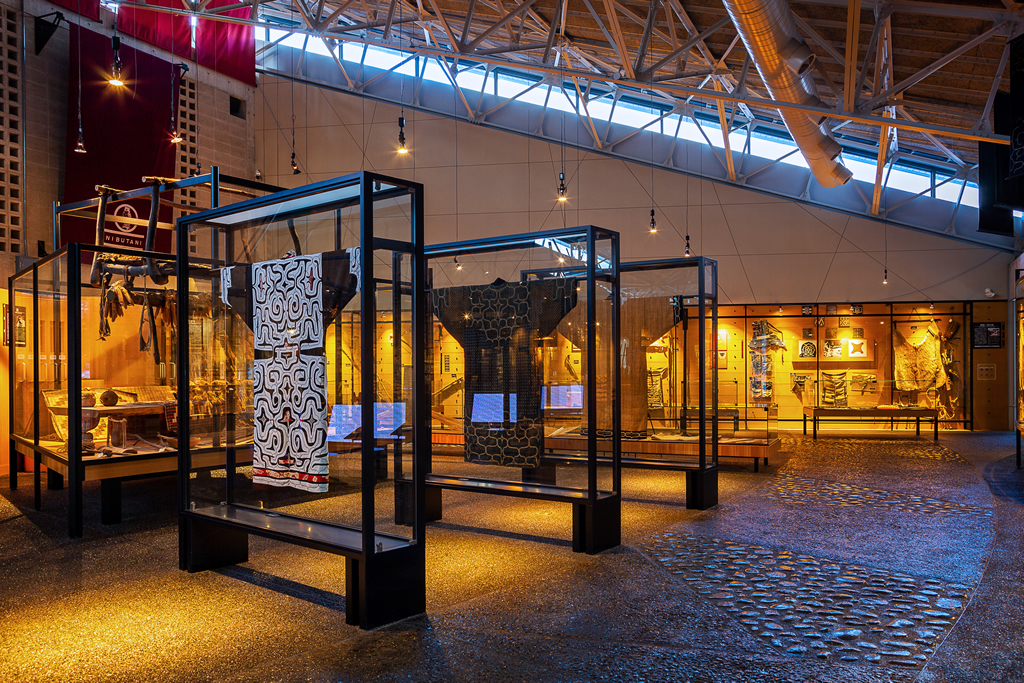 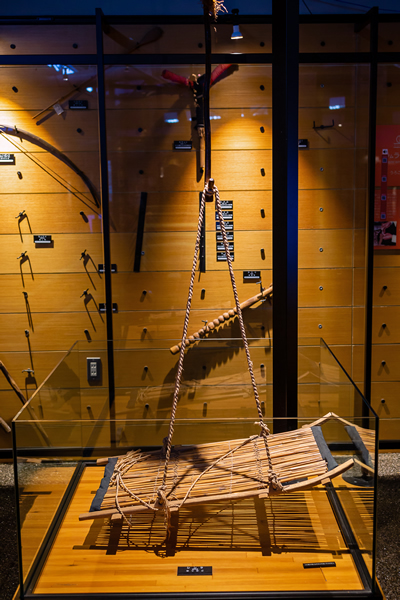 Next is the Kamuy Zone; Drama of the Gods, in which materials related to the rituals and folklore are displayed. In the center is a video stage modelled on the interior of a cise, where recordings of yukar (heroic epics) and the like can be heard.

Among the implements used in rituals are many items that show the Ainu’s relationship with the Wajin. Typical items include large lacquerware containers on legs into which the Ainu put things that were considered important. The Ainu did not make lacquerware but obtained it from the Wajin. 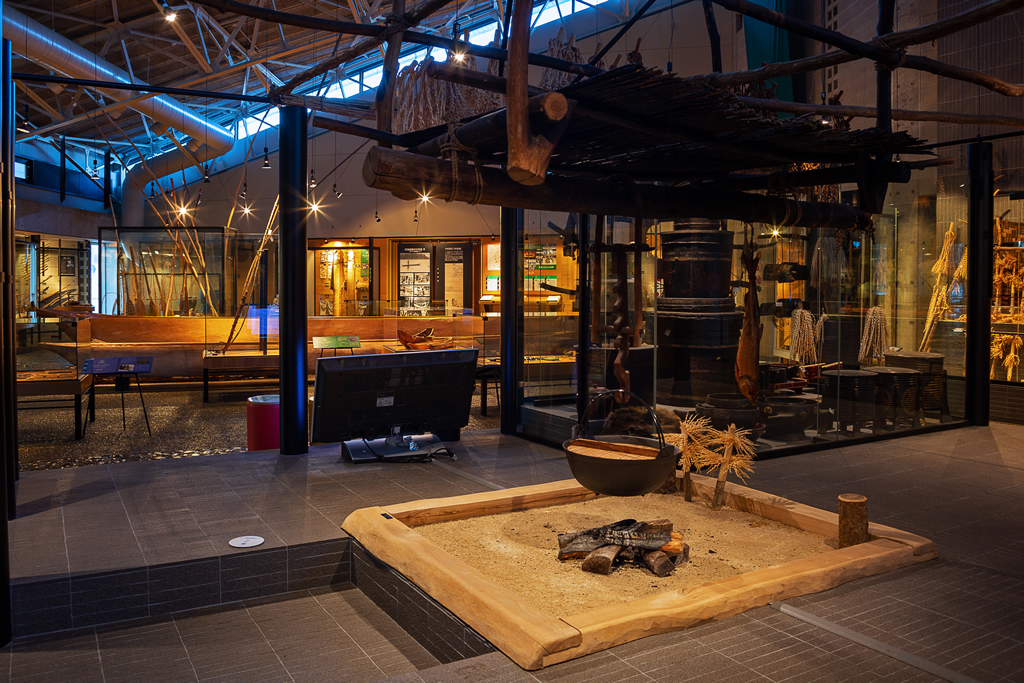 A reconstructed interior of a cise in the Kamuy Zone; Drama of the Gods

Some ikupasuy (implements used to convey wishes to kamuy during rituals) were also covered with lacquer or gold leaf, and Sekine speculates that the Ainu requested them to be processed by the Wajin. The carved fish scale patterns are a characteristic unique to the Saru River region. 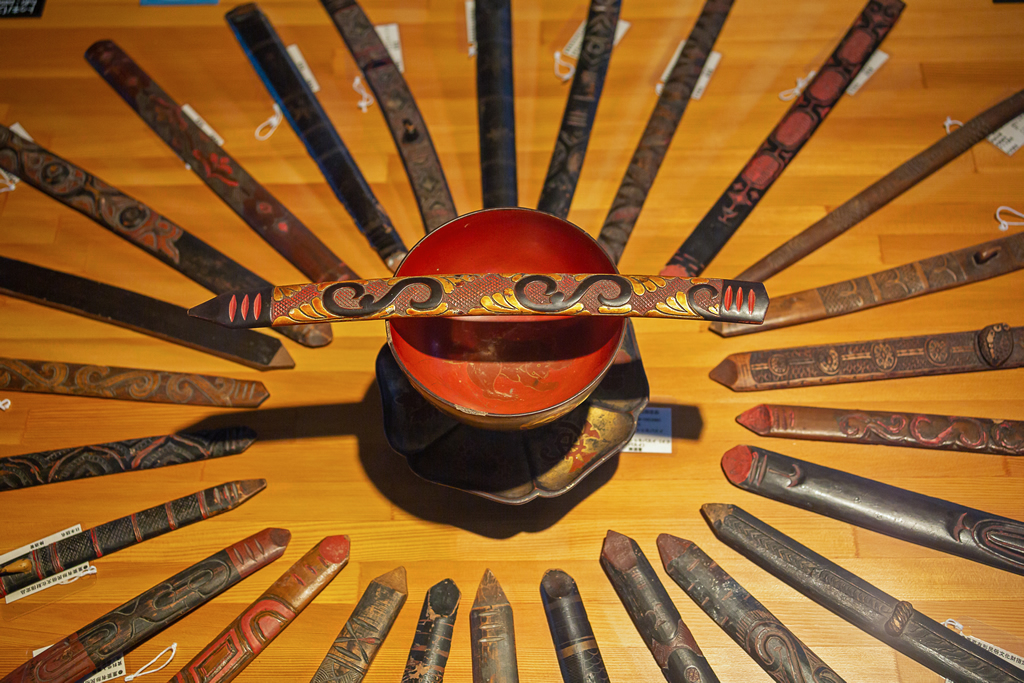 During rituals, sake was placed on the tips and offered to the kamuy.

The third, Mosir Zone: Blessings of the Earth focuses on implements used in farming and hunting. The dugout boat displayed in the exhibition hall has a powerful presence. Carved from the trunk of a katsura tree, it is said to be the largest in Japan, and provides a sense of the lifestyle that existed alongside the large Saru River. 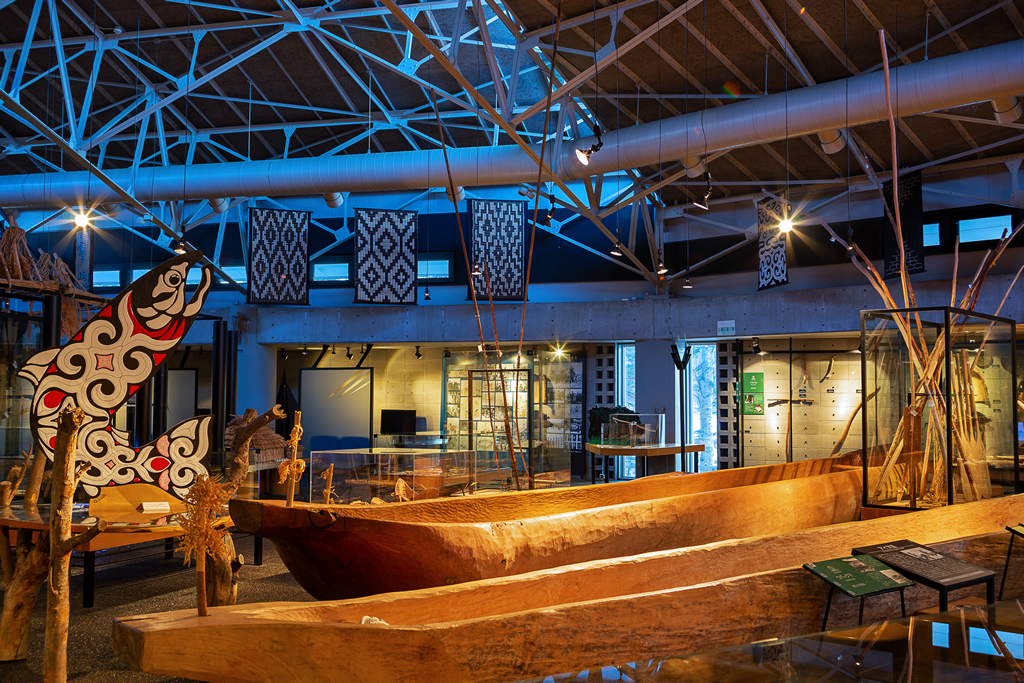 Mosir Zone: Blessings of the Earth

The final, Morew Zone: A Tradition of Figurative Art is situated next to the exit of the exhibition hall. Morew means gently curved, and indicates the curved-line patterns used on the Ainu implements. As if placed meticulously inside a storehouse, the items here provide a real sense of being items that existed with the lifestyle. 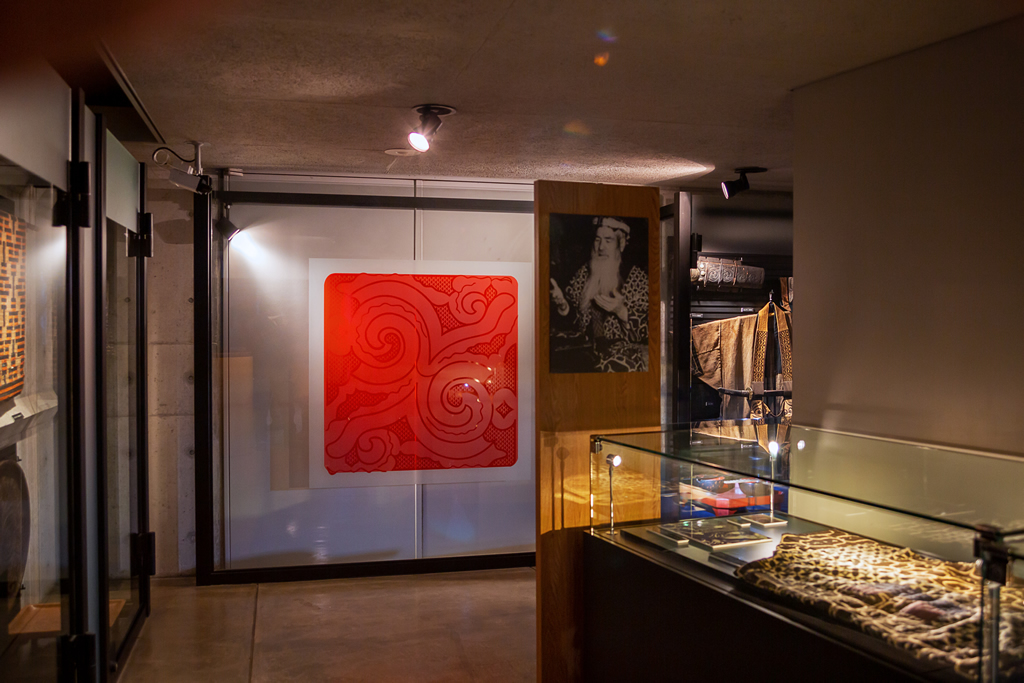 While Kayano collected Ainu articles, he also got rid of others. At that time, he expressed that “the item itself wanted to move”.
With regard to the collected items, which “themselves have a spirit,” it was not just a collection of items but a deep understanding that it was a collection of the spirits of the Ainu contained in the objects.