Fabrics made from blessings of the forest 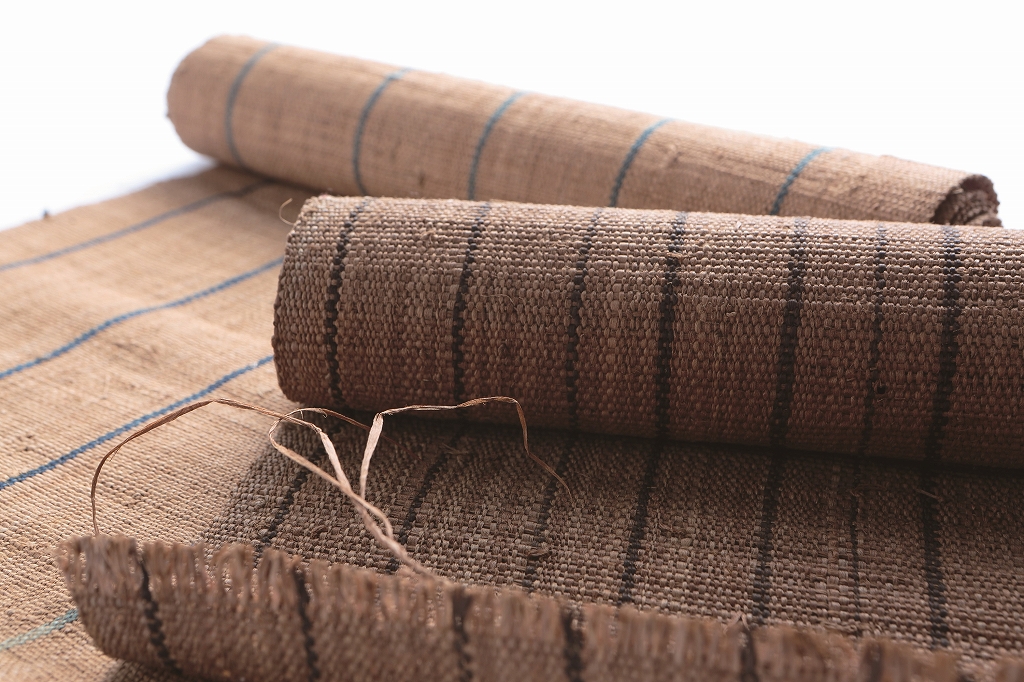 Together with the Nibutani-ita (tray), the Nibutani-attus is certified as a traditional craft by the Ministry of Economy, Trade and Industry. Woven from thread made from the inner bark of Manchurian elm, Japanese lime and the like, the texture of the attus is unique.
Photographs by Tsuyuguchi Keiji
Translation by Xene Inc.

Attus is a fabric – plain-woven from tree bark – that has been handed down as part of the Ainu culture. The kimonos created from the fabric are also known as attus.
Attus uses thread made from the inner bark of Manchurian elm, Japanese lime and the like. Attus production nurtured in the Saru district has been dearly treasured as a staple item of Ainu craft since modern times, and led to the establishment of the Atsushi Textile Production Association (a voluntary group organized in Nibutani) in 1969.
Attus, which has been nurtured by abundant forests and human activities, can be said to be a craft in which the long relationship between nature and humans itself, is interwoven.
The fabric’s features include durability, resistance to water and breathability. The longer you wear it, the softer it becomes, with a texture unique to natural fibers. In March 2013, Nibutani-attus and Nibutani-ita were the first Hokkaido products to be designated as “traditional crafts” by the Ministry of Economy, Trade and Industry. 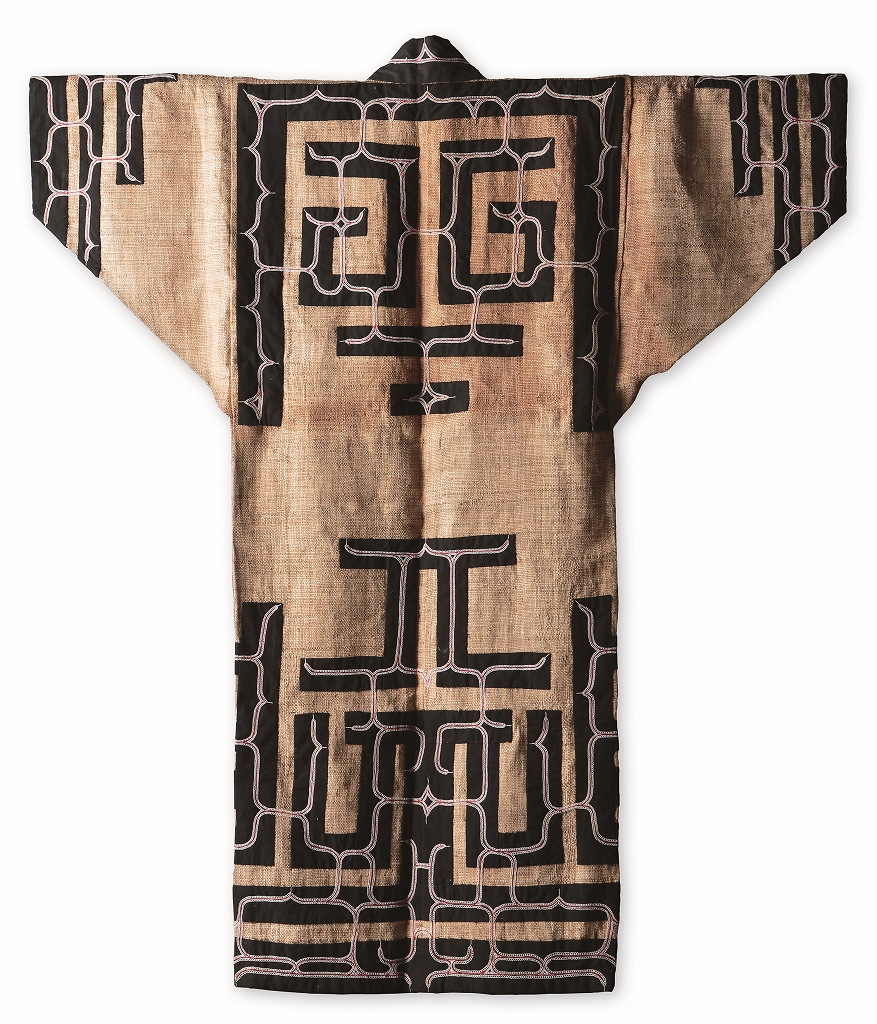 Attus was produced in all regions of Hokkaido, but the eastern Hokkaido-, northern Hokkaido- and Iburi regions, and the Saru River watershed of the Hidaka region where Nibutani is located, were known as regions of production in the Edo period. The Saru River watershed first appeared in literature as an attus production region at the beginning of the 18th century. As attus was durable and water resistant, it was popular as a material for the workwear of people in the herring fishing industry and sailors on the Kitamae ships that travelled between Honshu and Ezo-chi. There are also Kabuki performances in which the actors wear attus.

In Nibutani today, attus skills have been inherited and its manufacture and sale take place using the same style tools as those used 100 years ago.
The use of Nibutani-attus is not limited to kimonos and their obi (belt); it can be utilized in various fields of our present-day lives, from fashion to interior goods.
Those involved with Nibutani-attus carefully preserve the traditions accumulated by their ancestors, while expanding their areas of expression in various fields.

*This manuscript is a revised excerpt from “Traditional Craft; Nibutani attus” (Production: Northerncross), issued by the Nibutani Craft Cooperative Association in 2015. 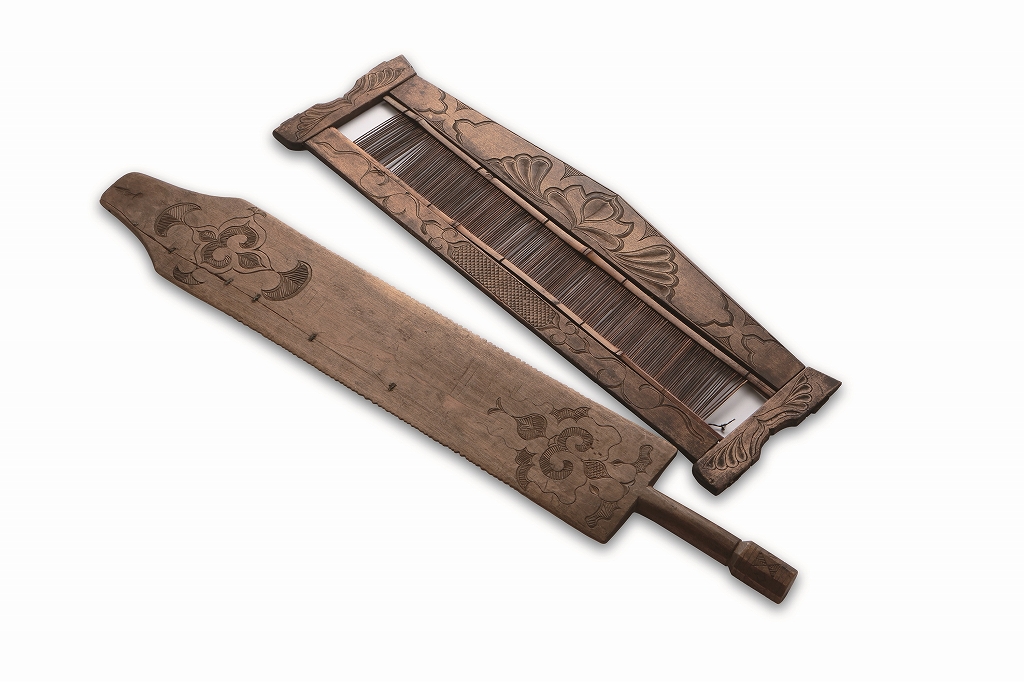 The process of producing Nibutani-attus
1. Strip the tree bark 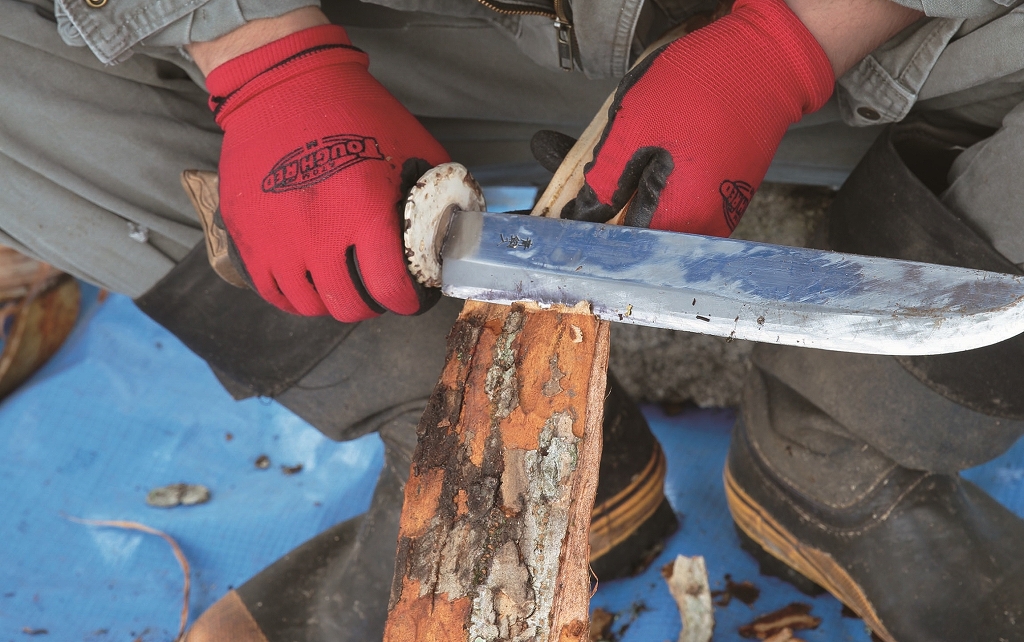 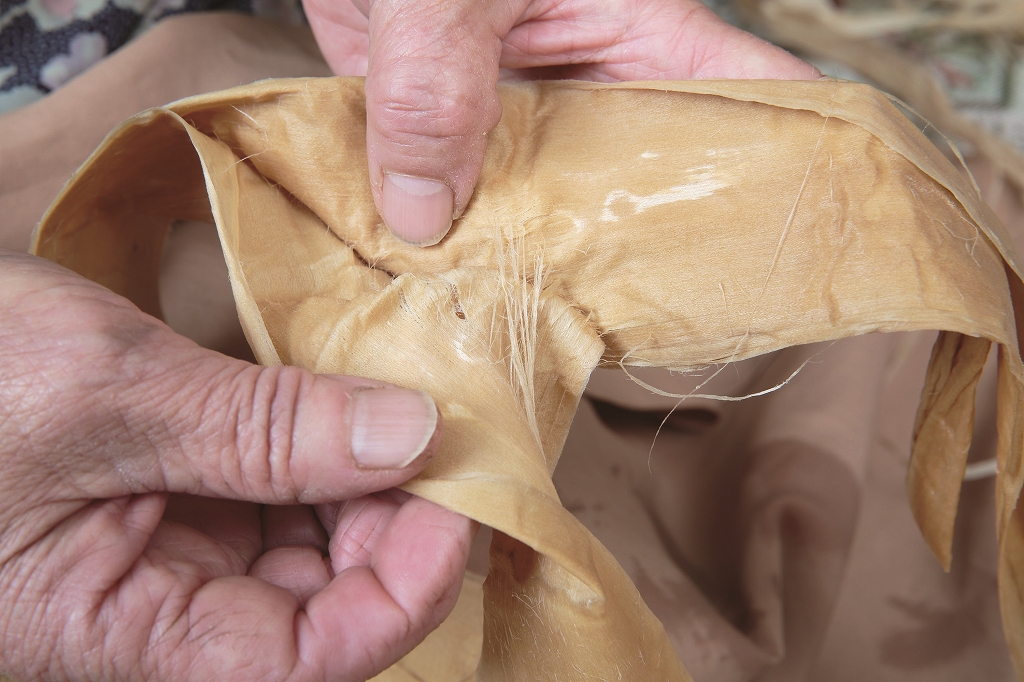 6. Tear up the inner bark to make the thread 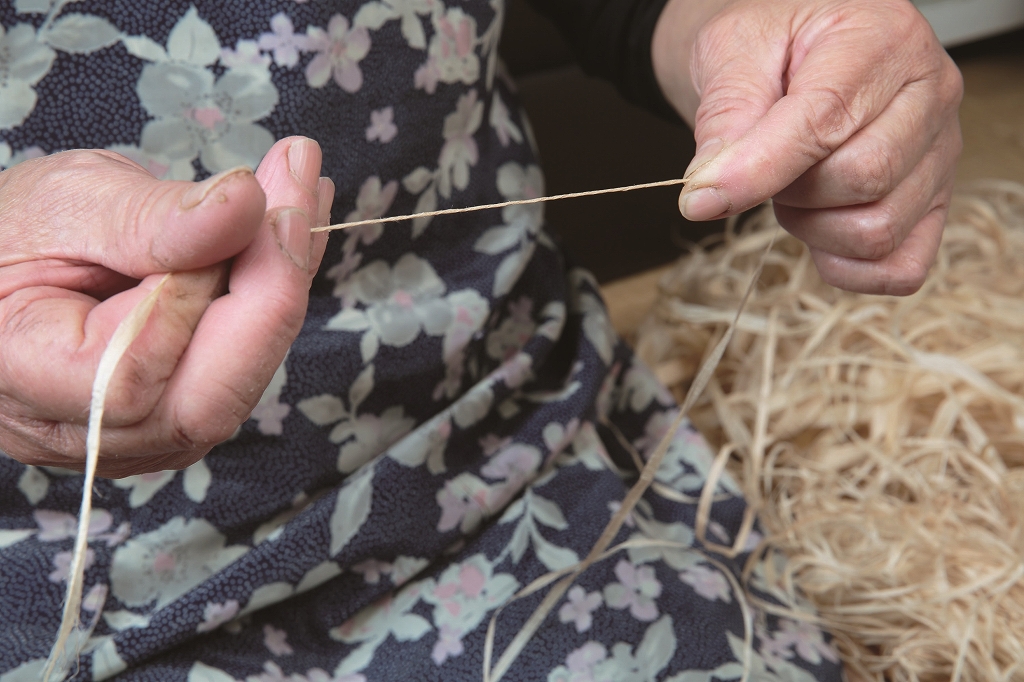 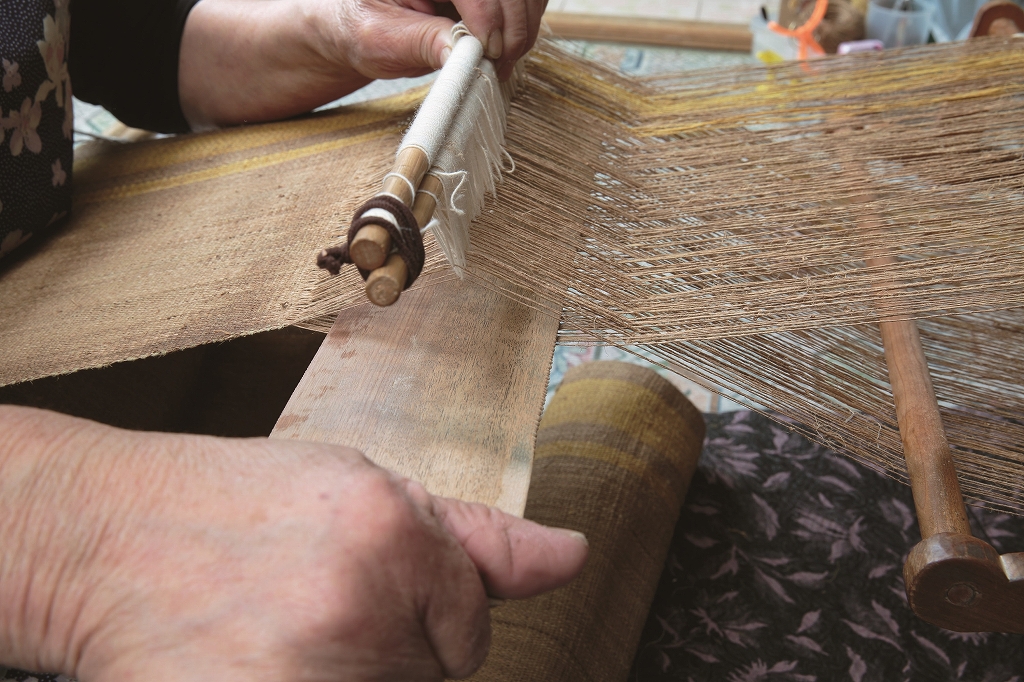