Expanding The Possibilities Of Education And Community Development At Manabimakurisha 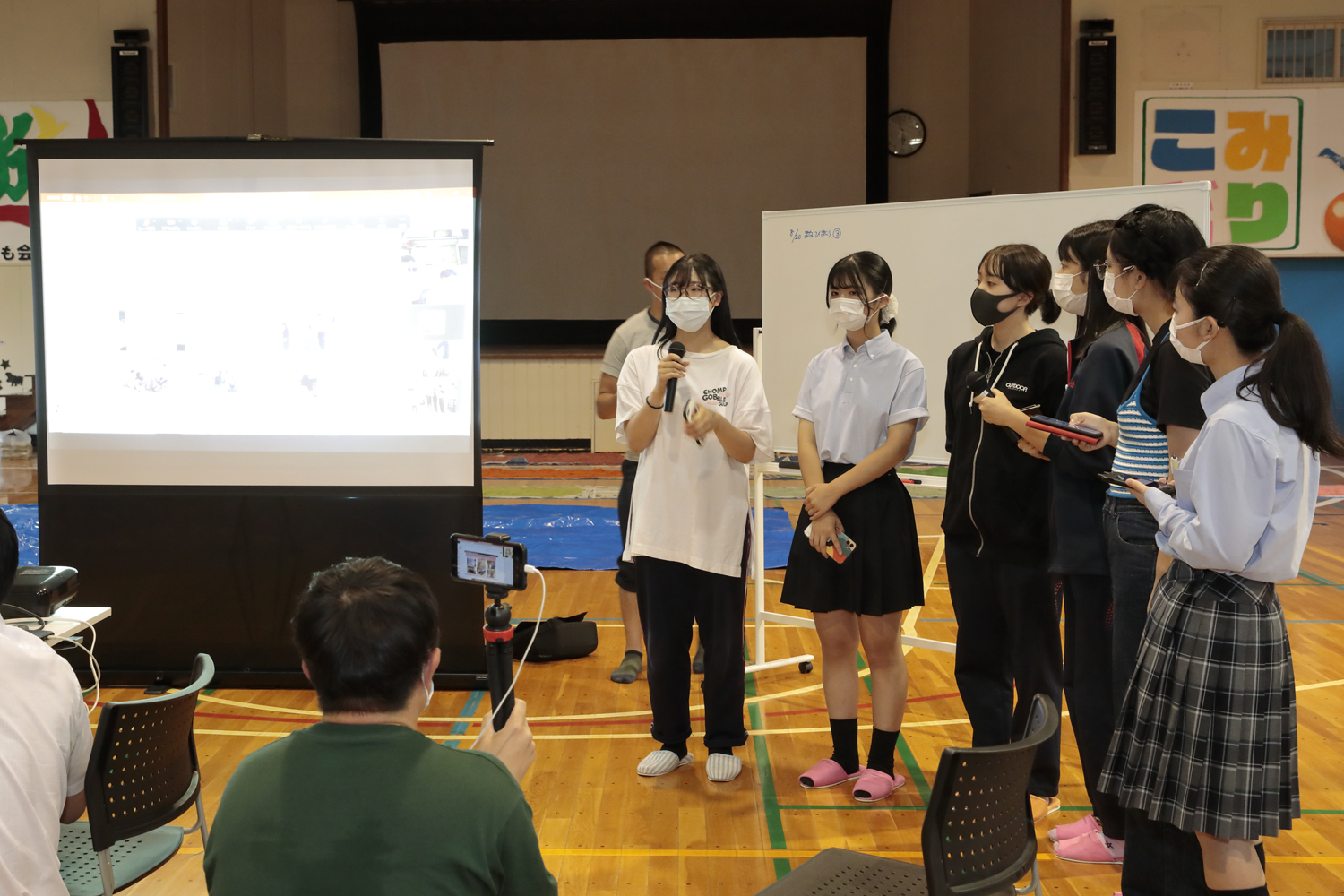 High school students gain a personal perspective on local and social issues from an SDG-based standpoint.

We spoke with Hayashi Masahiro, president of Sapporo Manabimakurisha, a group that connects the thoughts of high school students to local issues and considers urban development.
Words by Aratame Nanae
Photographs by Ito Rumiko
Translation by Xene Inc.

Listening to the students’ ambitions

"I want people to talk not about what they want to see happen, but about what they want to do in order for the community to become how they envision it."
Hayashi, representative of the executive committee, made this statement at the first lecture of Manabimakurisha 2021 held in Sapporo in June.
The 30 or so high school students who gathered were nervous, but with Hayashi's advice, "Even if just a little, we need to bring to reality what everyone wants to do and what society needs," they revealed their motivations and honest opinions for participating, such as, "I want to have as much fun as I can," and "I want to change from who I have been up until now." 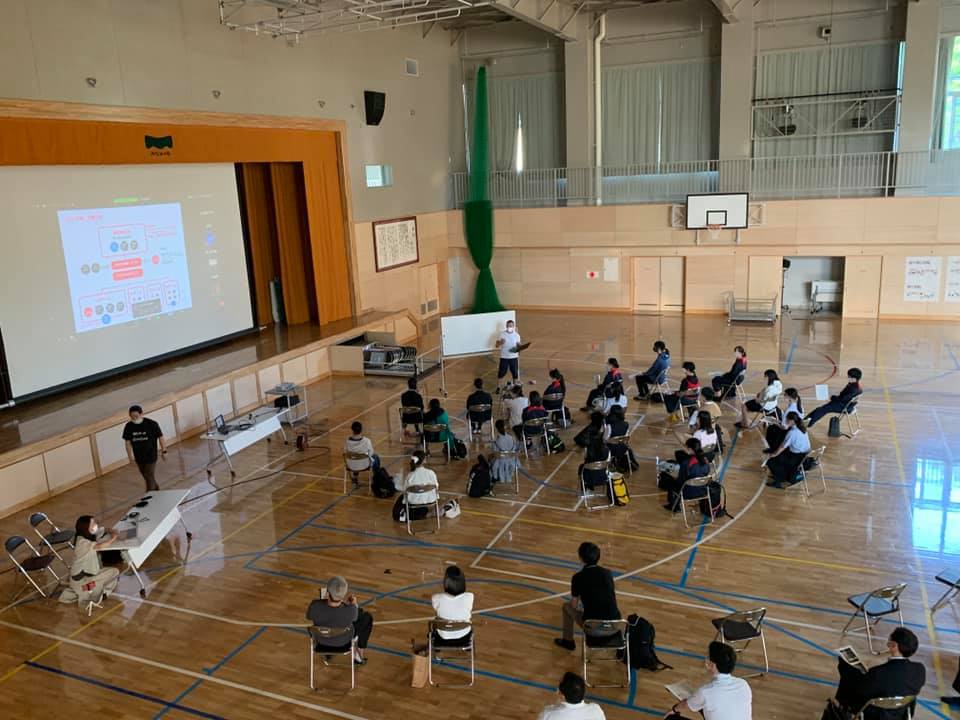 Manabimakurisha is an initiative in which high school students in Sapporo uncover local and social issues and try to find solutions to them.
There are many examples of high school students working on community development, but what makes Manabimakurisha unique is the executive committee that works together with the students. The members include people involved in community development organizations, high school teachers, university professors, café owners, children's book authors, employees of public organizations, and more. Hayashi says, "Manabimakurisha is not about teaching high school students. It is an ultra-voluntary social exploration group where everyone, regardless of position or age, can learn from each other on a level playing field and find their own unique way to get involved." 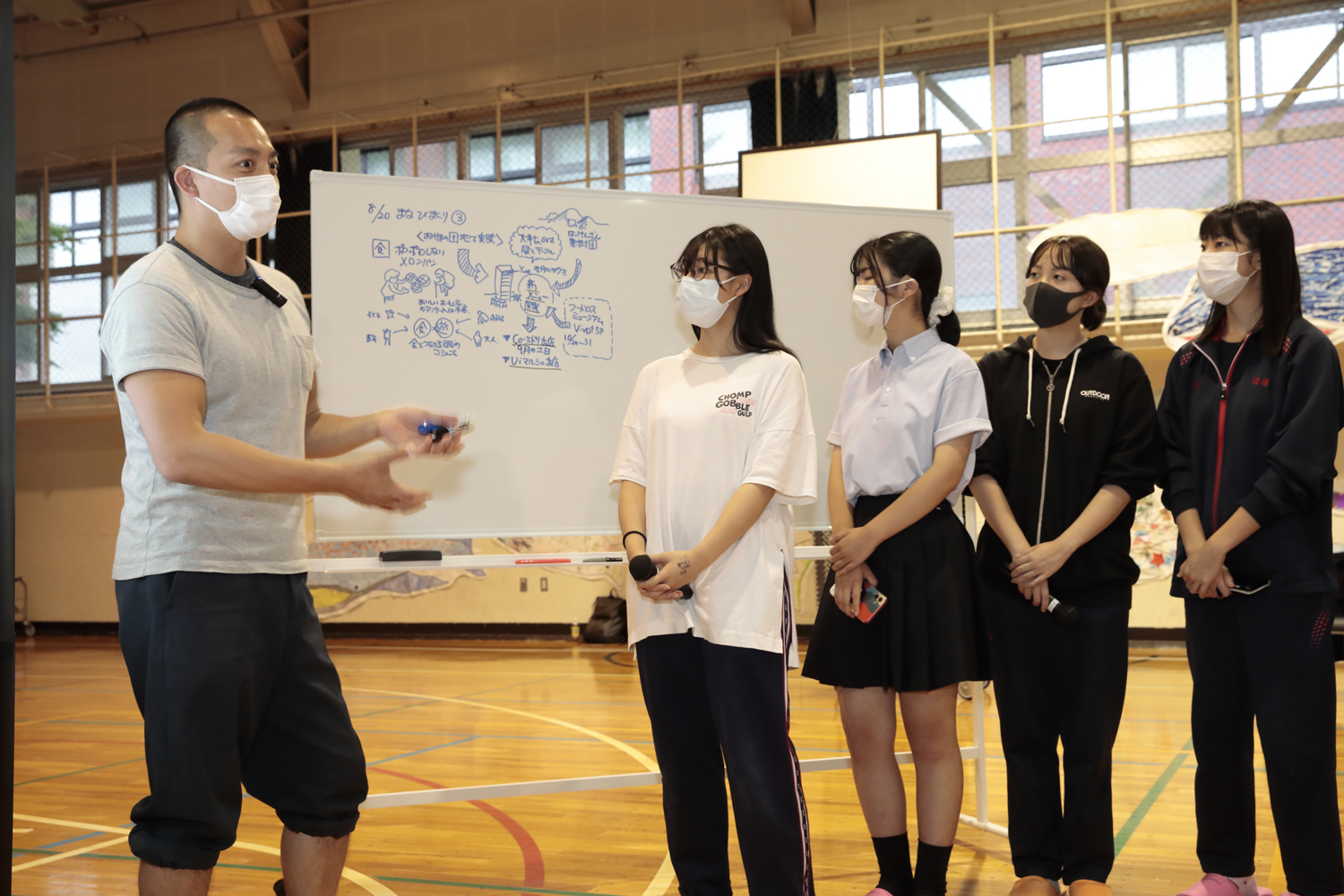 Around 30 students were divided into five courses to have discussions with the adults on the executive committee at the third lecture held on August 20.

Where did the idea for eliciting the unique senses and ideas of high school students and linking them to the concerns of residents and the community come from? According to Hayashi, it all started with a community activity in a shopping district in Makomanai, Minami-ku, Sapporo, where there are concerns about the declining birthrate and aging population. 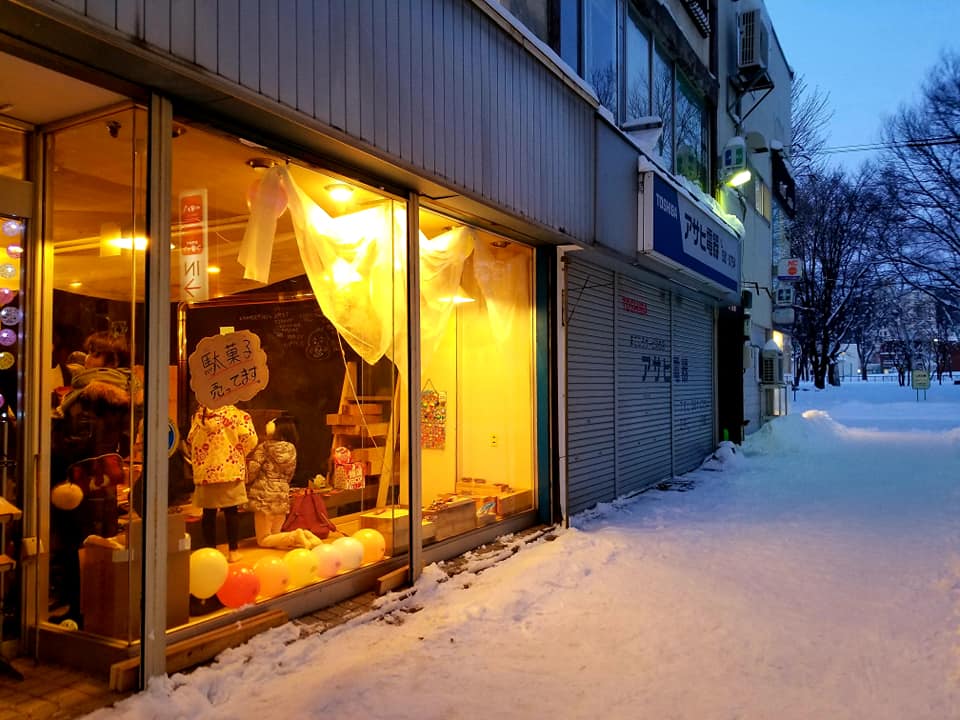 The Makomanai Kenkyusho, a citizen's group for community development in Makomanai, and Eco-Mobility Sapporo, a non-profit organization, planned this event.
Makomanai Kenkyusho was started in 2015 after Hayashi, who worked for a design firm, entered and won the Sapporo Community Development Ideas Competition for the Future of Makomanai with friends from outside the firm. Eco-Mobility Sapporo is a non-profit organization that has been operating an eco-friendly bicycle cab service in Sapporo since 2008, and has also been conducting awareness surveys and experiments related to the SDGs in Makomanai since 2015.
The two groups working in the Makomanai area began to interact with each other. Nagai Kakeru, a teacher at Sapporo Moiwa High School, saw the interaction between these two groups which led to activities involving high school students taking shape. 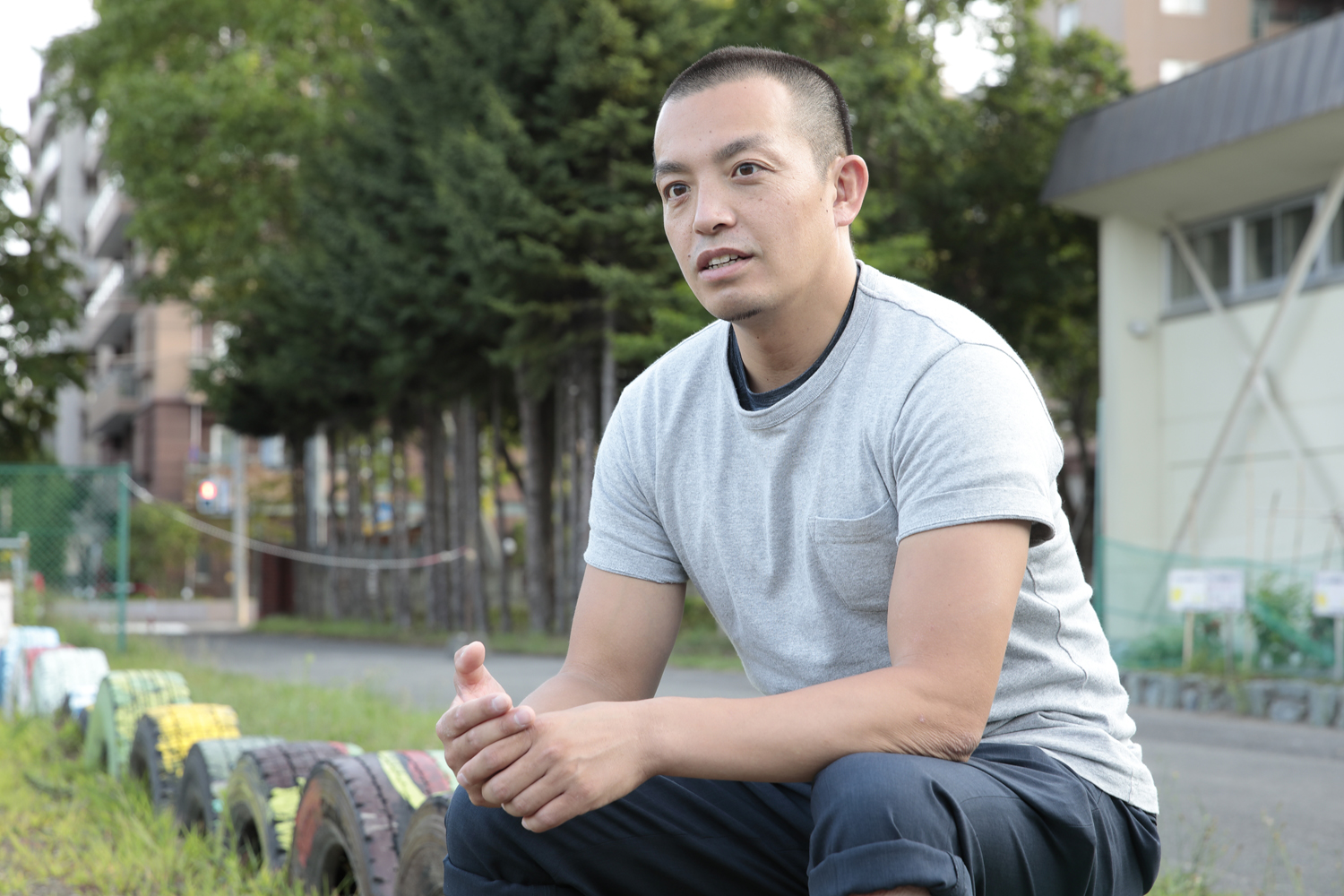 Hayashi, who was born in Osaka, has been involved with Makomanai in Sapporo for about seven years.

Adults take action for the future, and young people take responsibility for the future. In addition, activities that were the forerunner of Manabimakurisha started at Co-MEGANE, a spot where a variety of different people, including local elderly people and young children, can gather freely. The idea was for both adults and children to present their aspirations and think of ways to revitalize the shopping district and utilize the public space while communicating with each other.

One of Mr. Hayashi's memorable initiatives in the 2019 activities, known as the 0 Year Students, involved an apple pie sale designed by Moiwa High School students. There is a junior college nearby, but students tend to pass by the shopping district without stopping by, so they started this project based on the idea of creating a culture of going to different shops and trying different foods. "I was impressed by how the high school students, who at first didn't seem to know what was going on, gradually changed and actively came up with ideas," said Hayashi. One of the team members even changed their career path to learn more about community development. 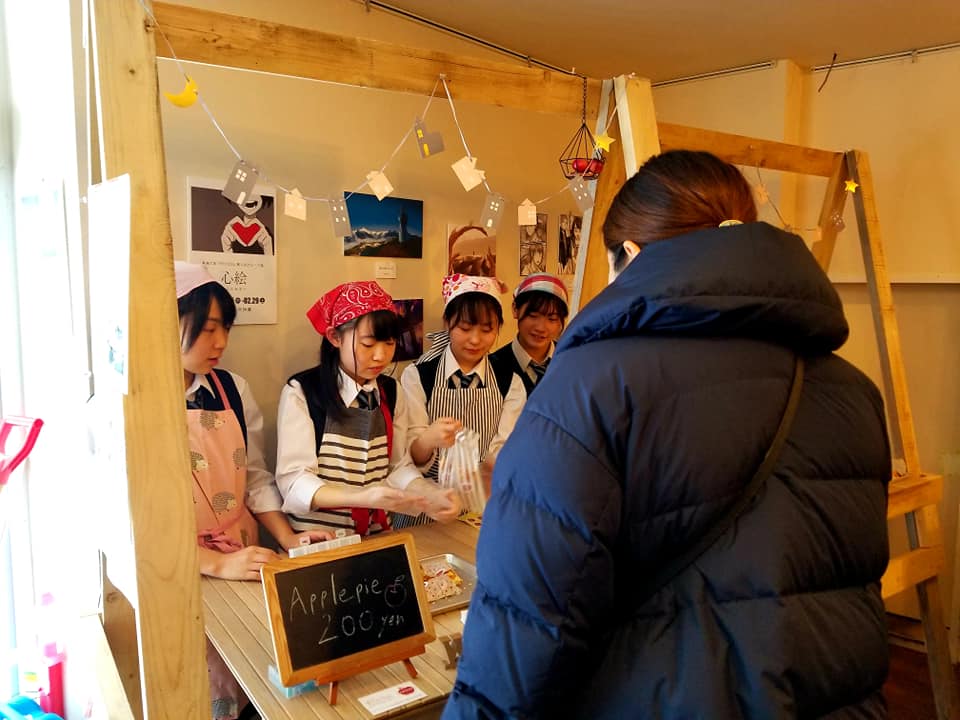 In order to create something new with someone, it is necessary to first establish a relationship of trust based on the approach of learning from each other. Manabimakurisha believes in the idea of exploration which conveys the joy of taking initiative in an open team environment.

We threw a curve ball at Hayashi with a difficult-to-answer question. Do problems ever emerge when people of diverse backgrounds and generations come together?
Hayashi responded, "The only way to find out is to talk about it." The key to connecting people and realizing their ideas lies in a steady stream of communication.
Hayashi continued, "We don't just want to provide a place for high school students to carry out community development. We want to create a mechanism for creating a new attraction for Sapporo that combines community development and learning. We hope that Manabimakurisha, where businesses, government, and education collaborate in local activities, will become a platform for sustainable local culture, community revitalization, business development, and more. It is important for the community and adults to listen to the voices of the young people who will be the leaders of the future." You can feel the philosophy of attempting to create a new value for the city by making vivid connections between diverse groups. 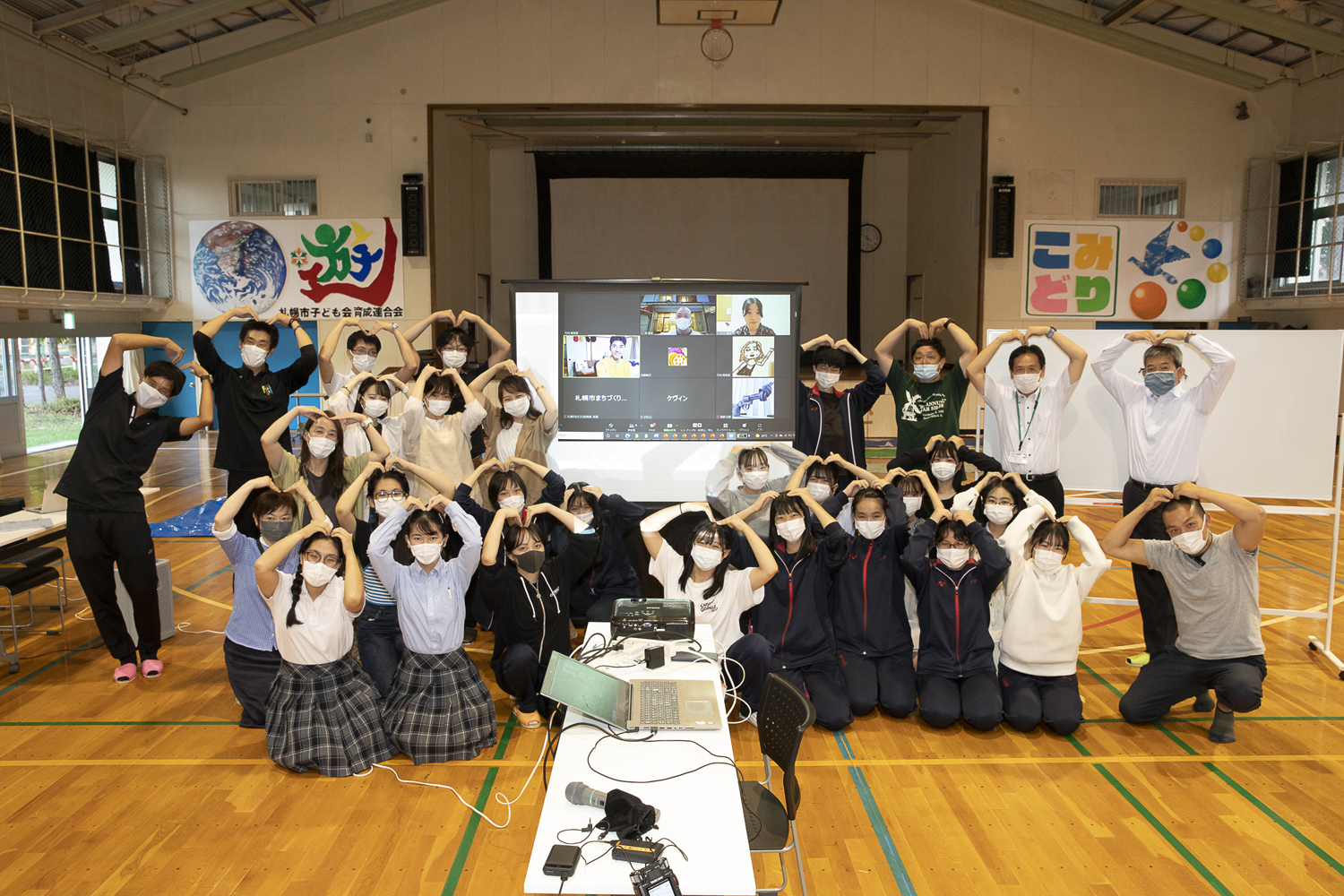 The students try out idea after idea in preparation for the presentation in October.