The Festival Fire, Once Again: Tengu Fire Walking in Furubira 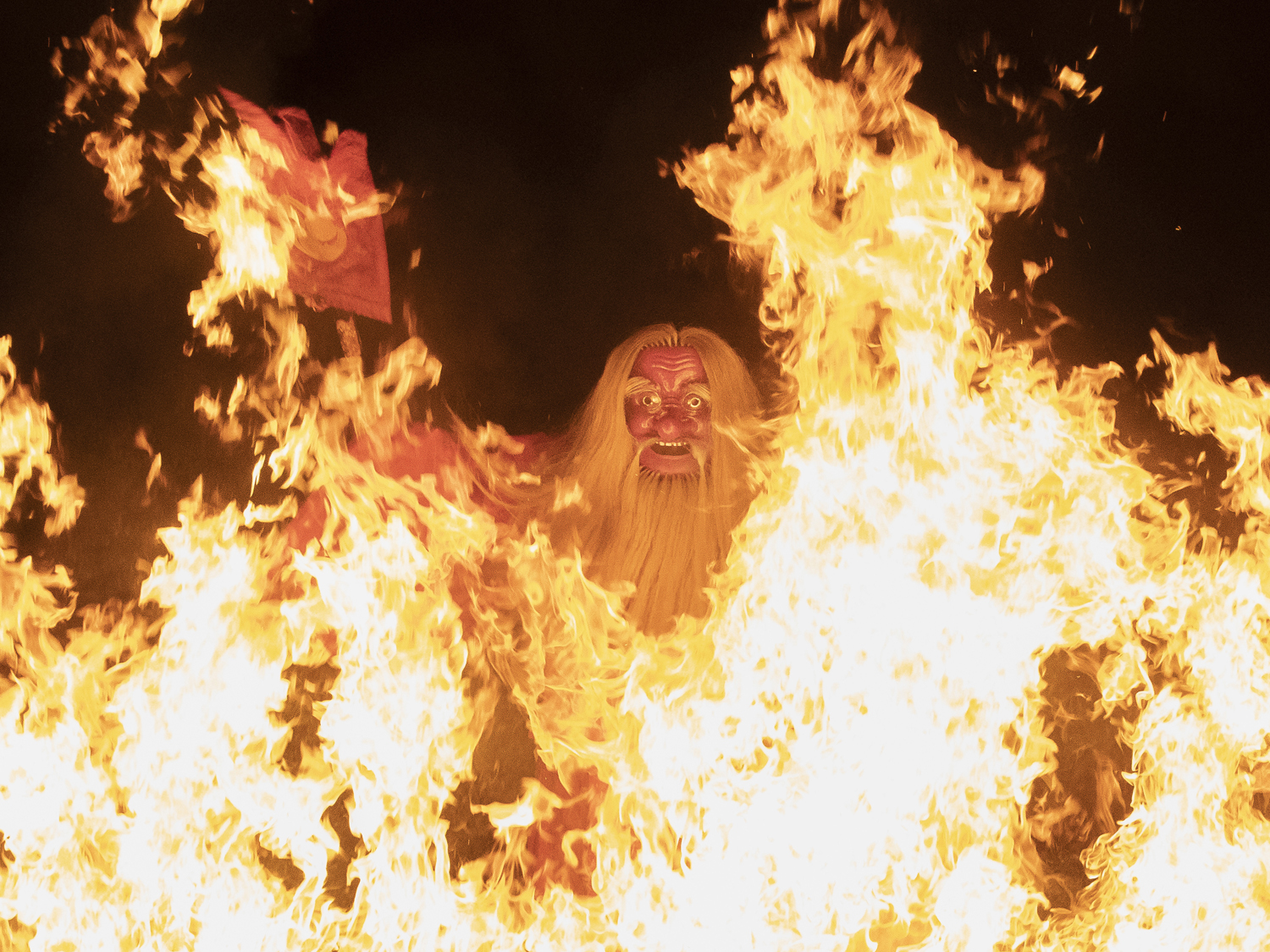 There are several hiwatari fire-walking rituals in the seaside towns of the Shiribeshi region, but none are as dynamic as the one in Furubira Town.

Passing on traditional culture to the next generation is a difficult task in a society in transition. The Tengu no Hiwatari Fire-Walk Festival in Furubira has a long and intimate connection with the people who preserve the festival.
Words by Hasegawa Michiru
Photographs by Ito Rumiko
Translation by Xene Inc.

In the town of Furubira, which once prospered mainly from herring fishing, there is a festival that attracts more than twice as many people as the population. The Kotohira Shrine Festival is held every year for three days, around the second Saturday in July. The highlight of the festival is the parade of portable shrines and the climax of the festival is the Tengu no Hiwatari Fire-Walk. 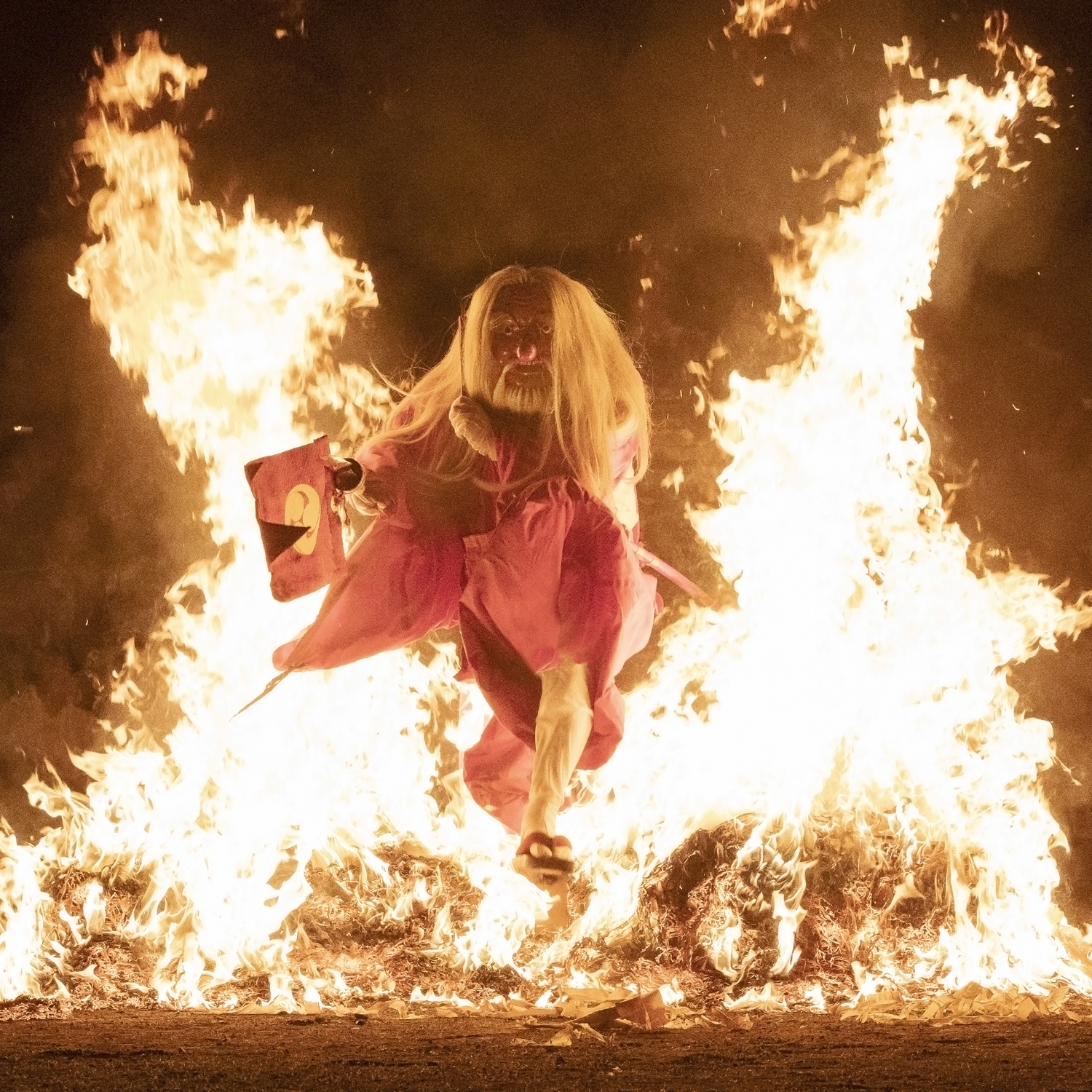 The true identity of Tengu is a god named Sarutahiko. He seems to be a familiar and popular god in the world of Japanese faith, having various names throughout the country, such as Inari-san or Shirahige Myojin.
For the residents of Furubira as well, Sarutahiko has a superstar presence, says Fukutsu Takanori, the head of the Kotohira Shrine Parishioner Representatives. 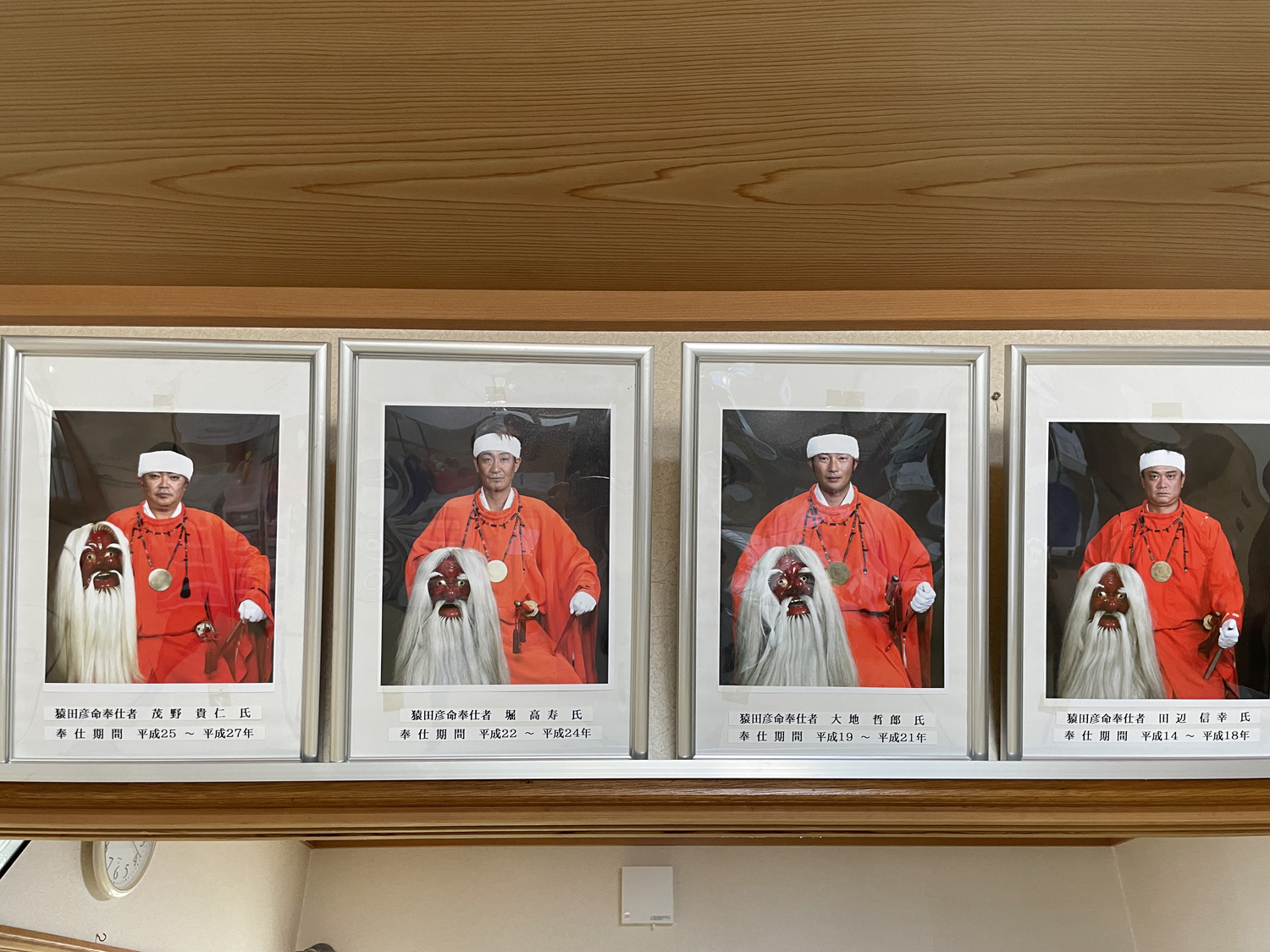 Everyone who has played the role of Sarutahiko in successive generations (photo by Hasegawa Michiru).

The hiwatari fire-walk, which the town's residents eagerly look forward to, is held on the second and third days of the annual festival. People of all ages gather at the park where the event is held, and photographers from inside and outside of the town take up positions and wait for the procession to begin.

When the mikoshi portable shrine procession arrives after a day of parading through the town to the sound of flutes and drums, the atmosphere becomes heightened. When the fire is lit on the pile of shavings prepared in the center of the hiwatari fire-walk site, flames soar several meters into the air in an instant. The flames are purified and the shishimai lion dance is performed for purification. Next comes the Sarutahiko.

During this time, the fire is kept burning, and the wood shavings are constantly being added to the fire. Sarutahiko proceeds to the front of the bonfire, gestures out a manji sign, and inserts his spear into the blazing fire to make sure it is safe. If the flame gets smaller, he shakes his head and says, “Motto Moyase!” (make the fire bigger). When the fire becomes raging, Sarutahiko lunges toward the flames. 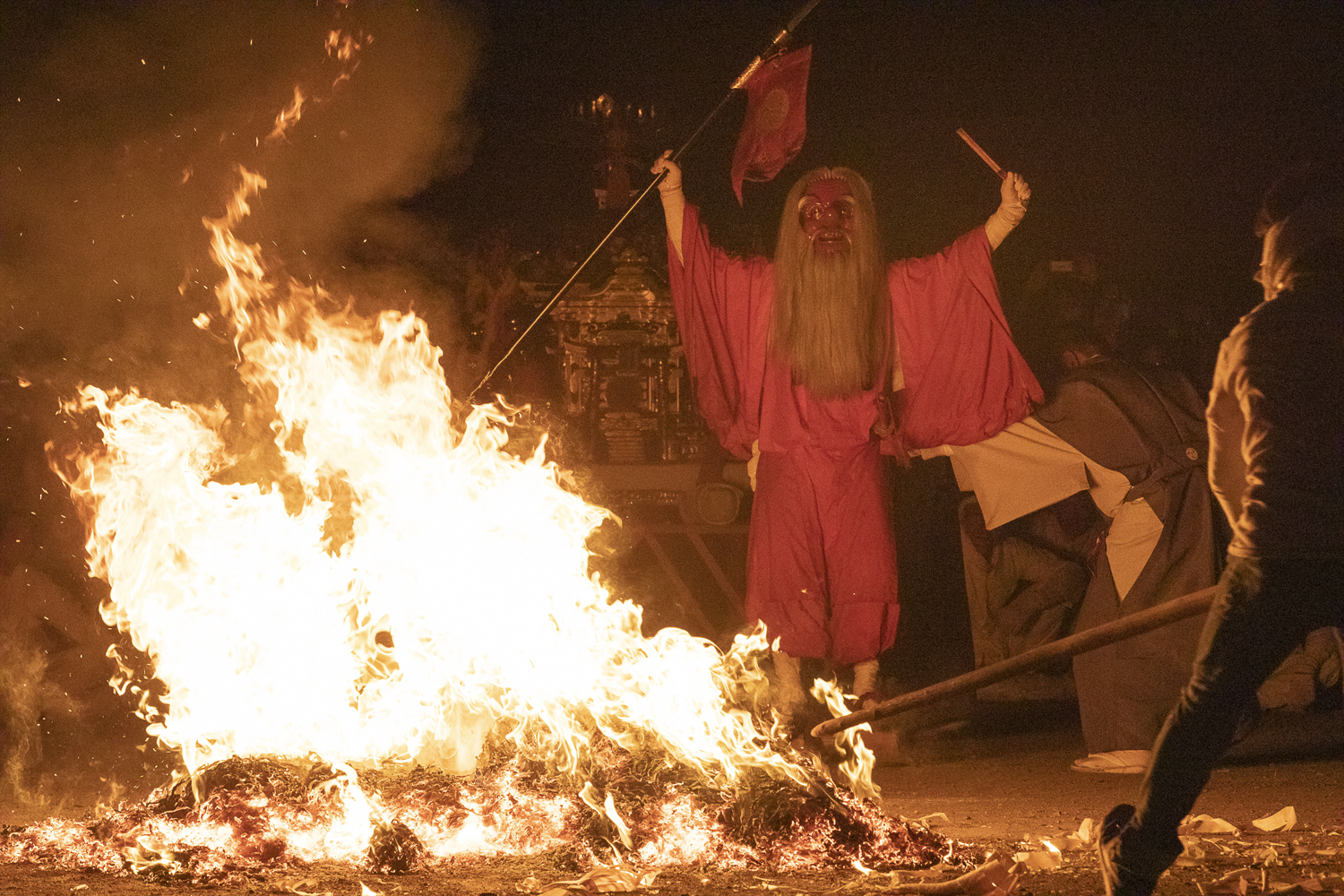 A man in his 30s or 40s from the town plays the role of Sarutahiko.

The mikoshi portable shrine procession at Kotohira Shrine has been held for about 150 years. However, there is little accurate information on the origin of the Tengu no Hiwatari Fire-Walk, as all documentation was lost in a large fire over 70 years ago. However, it is believed that the Hiwatari Fire-Walk has been in existence for at least a century. 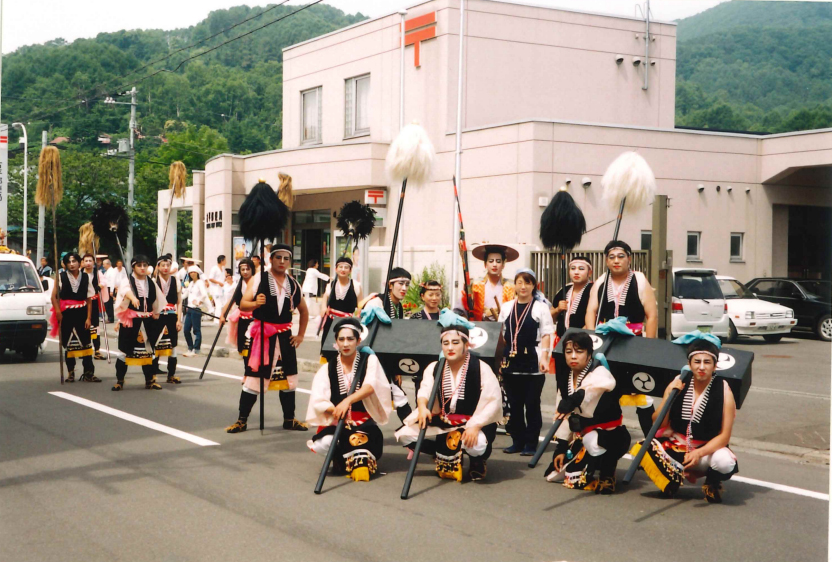 One of the features of the festival is the yakko procession (photo by the Furubira Town Board of Education). 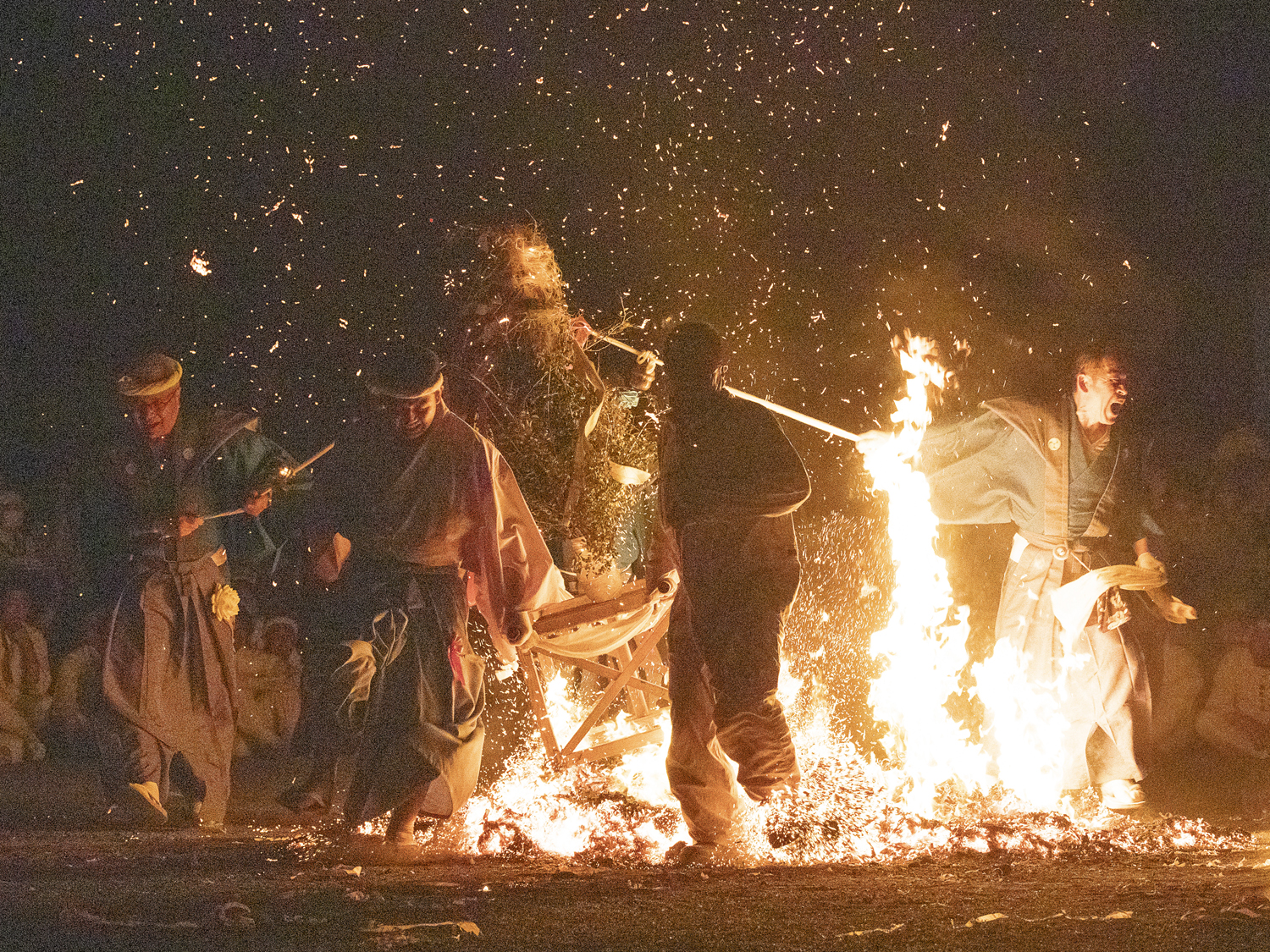 Fishermen have played a central role in providing support for shrine operations and festivals. Fishing towns in the Shiribeshi region, including Furubira, have a long history of prosperity from herring fishing, and many fishermen have lived in these towns. A fisherman's work was often associated with death, so the role of shrines and the prayers and purifications they offered must have carried a heavier meaning than they do today.

In the past, the Shiribeshi area was so active in herring trade that a palace was built there, but after peaking in 1902, the amount of herring caught declined. Along with changes in the industrial structure, the declining birthrate, aging population, and outflow of residents has become more noticeable, and the town's events and cultural traditions have started to feel the impact of these changes. 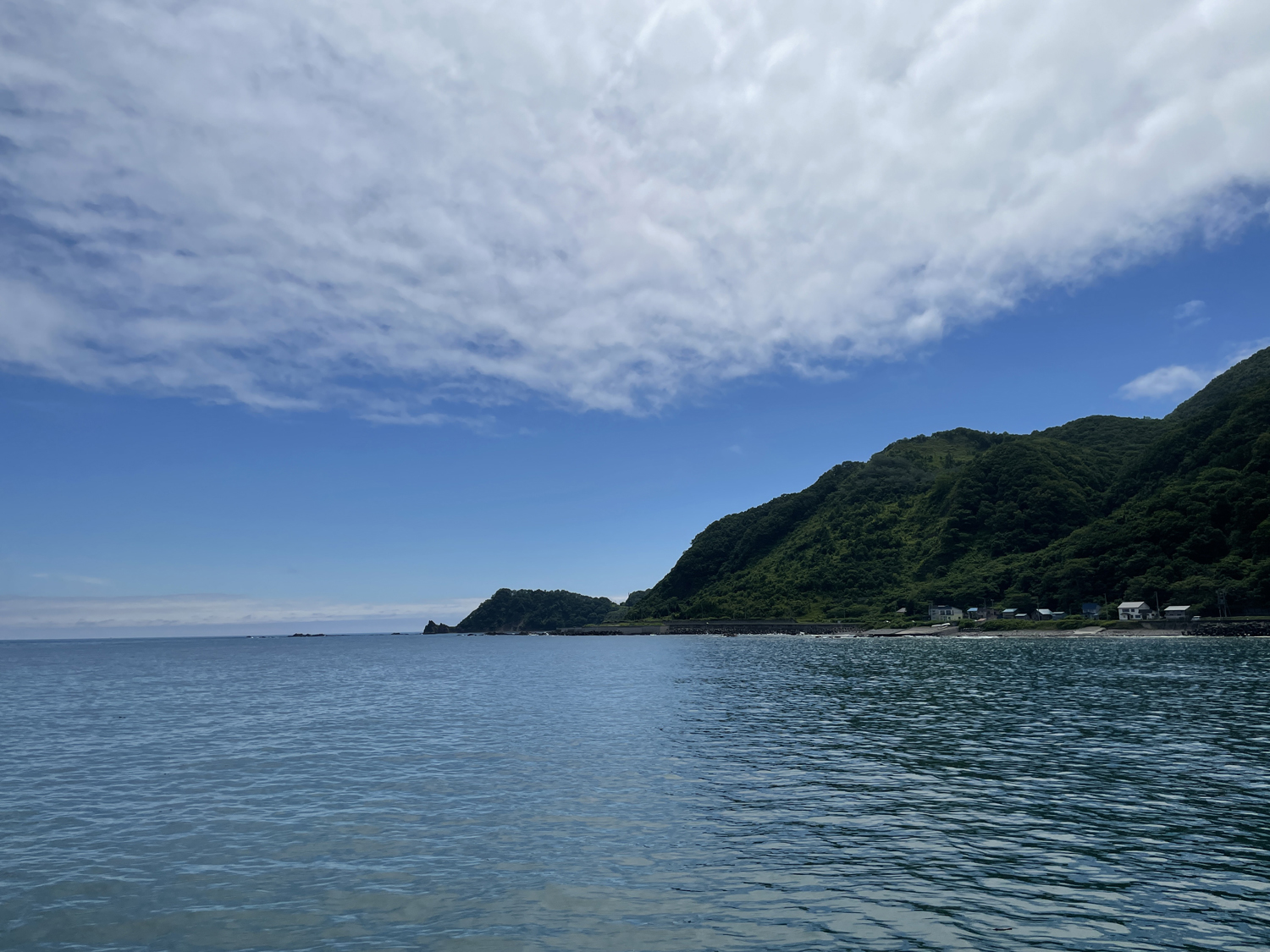 Yokono Osamu says, "The management of Kotohira Shrine has largely depended on donations from fishermen, a practice that still remains today. With the number of residents decreasing from 15,000 to 2,800, it is not easy to manage the festival."

People originally from Furubira come from all over the country, saying, "I can't go home for the Bon summer holidays and New Year's, but I will come back during the festival period," and "Even though I have to work on the day of the festival, I would like to go back just to carry the mikoshi portable shrine." The festival continues to connect one generation to the next. 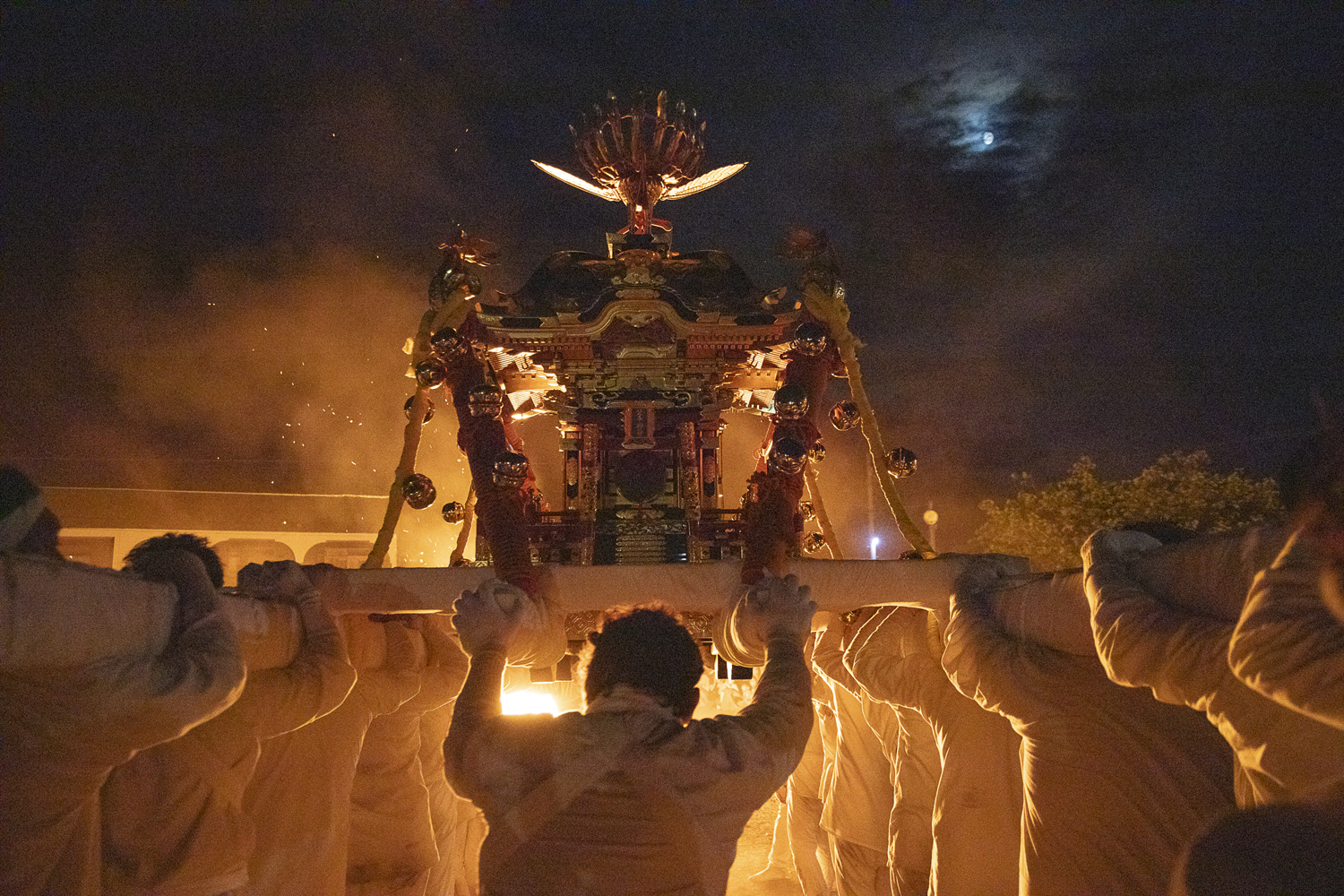 Fukutsu says, "When I think of my hometown, this festival is the first thing that comes to mind. I would like to continue this intangible town development left to us by those who came before us."