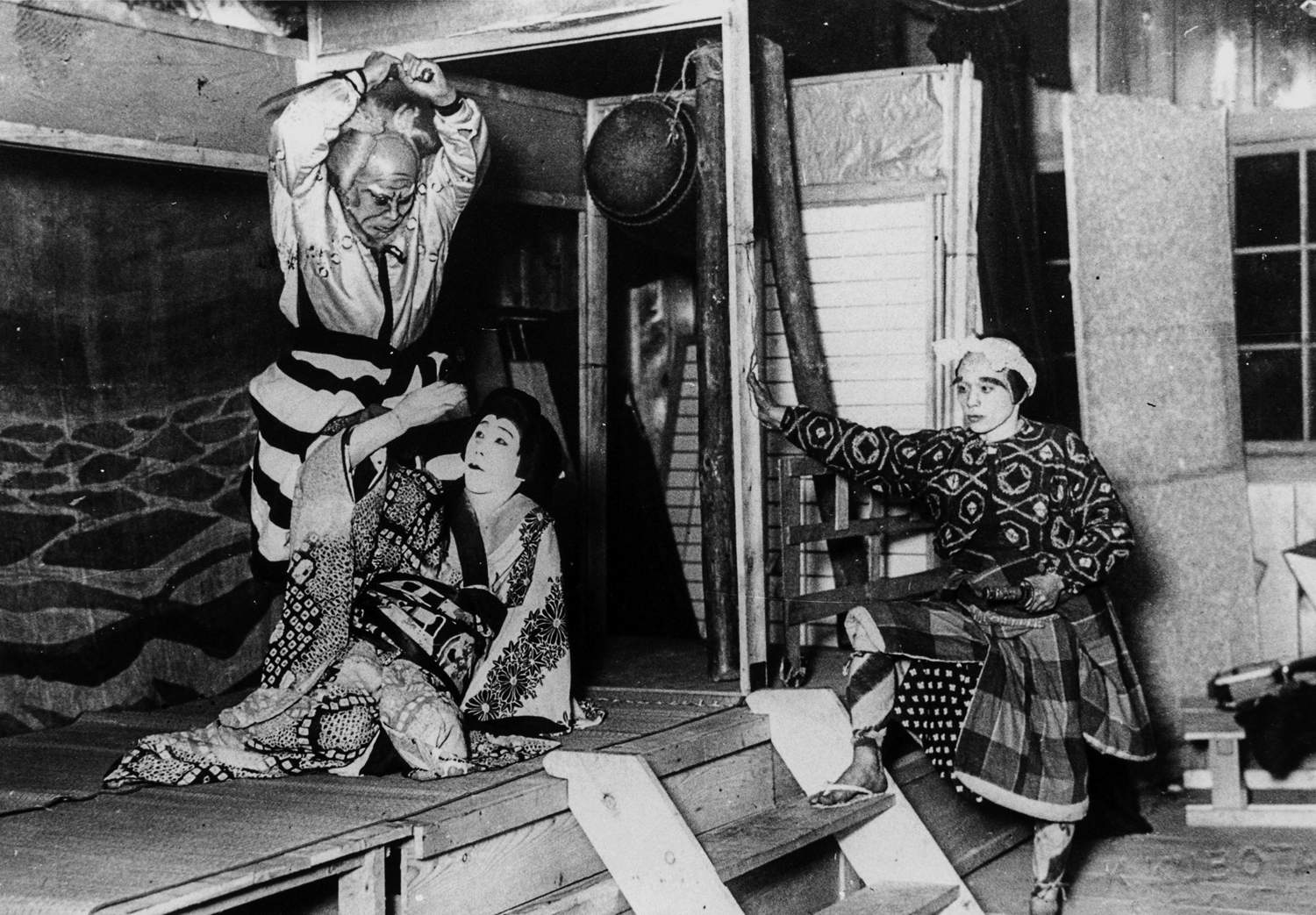 The last performance of Shinoro Kabuki in 1934. On the left is Onuma Sanshiro, known as Hanaoka Yoshinobu, the leader of the troupe.

Kabuki actors are sought after for TV and movies. In fact, there were kabuki actors all over Japan. This is the story of Shinoro kabuki, one of the amateur theatricals called rural kabuki, which has been passed down through the generations in Sapporo.
Words by Aratame Nanae
Photographs by Kurose Michio
Translation by Xene Inc.

His stage name is Hanaoka Yoshinobu

Hanaoka Yoshinobu is a pioneer farmer from Shonai, Yamagata Prefecture, who settled in Retsureppu, Shinoro Village with his father Sakichi when he was 9 years old. While working in the fields, he performed in plays at the age of 21 with the Wakarenju, and was the troupe leader of the Shinoro-mura Retsureppu Amateur Theatre Troupe, which continued to perform for the next 33 years. His real name was Onuma Sanshiro. He later directed and starred in his own local kabuki activities in the village, known as Shinoro kabuki. 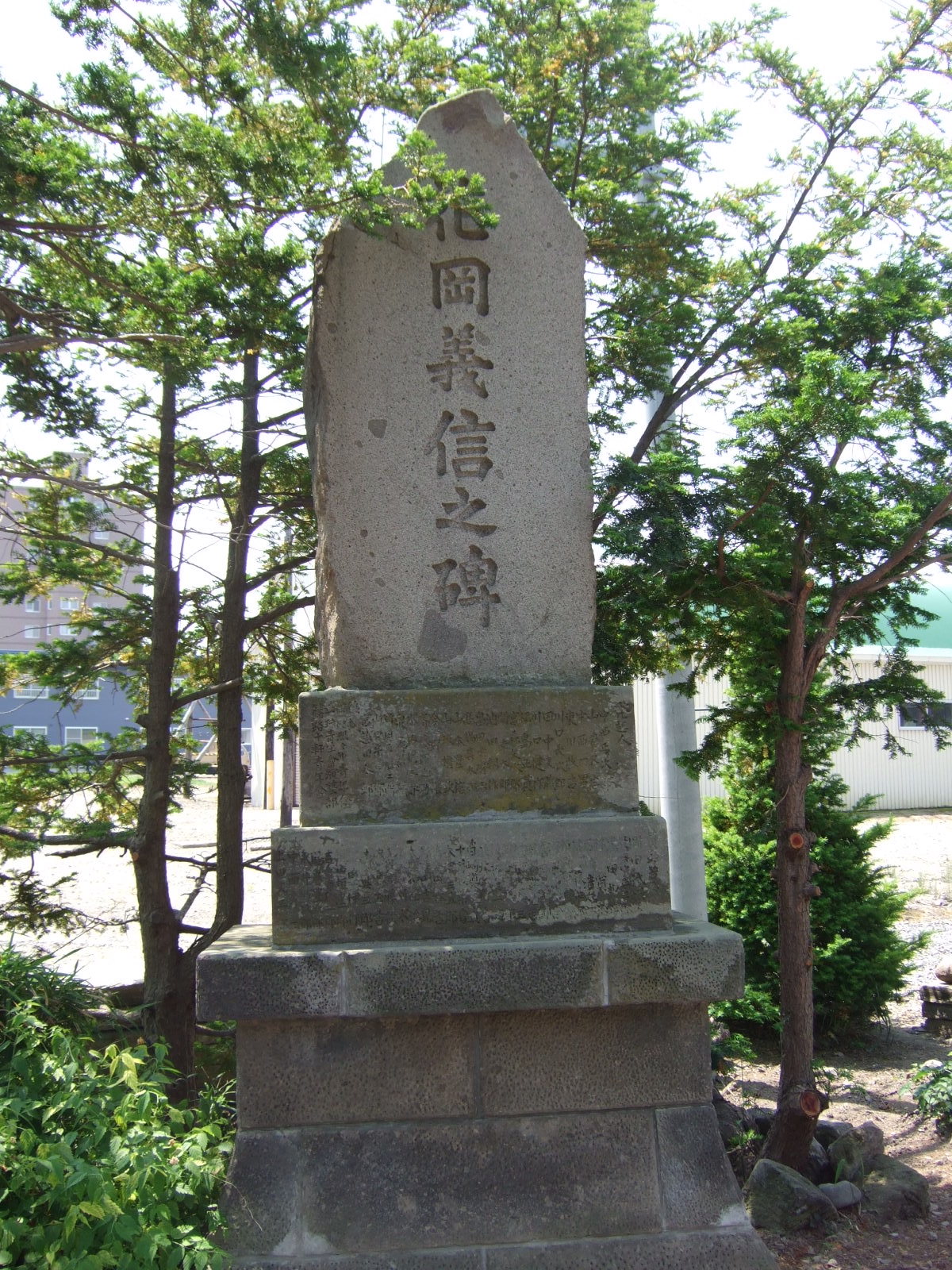 Monument to Hanaoka Yoshinobu at the Onuma House in Shinoro, Sapporo (photo courtesy of Takahashi Katsuyori)

Professor Takahashi Katsuyori of the School of Humanities at Hokusei Gakuen University said, "I was amazed at the idea of creating such a large monument with the stage name of a member of an amateur theater troupe." His specialty is American theater, but he has also studied Shinoro kabuki for more than 10 years. Currently, in cooperation with Professor Mori Masato of Sapporo Otani University, he is conducting research for a project of Sapporo's Kita Ward to preserve Shinoro kabuki and other forms of kabuki as well as to provide support for groups that will carry on the tradition. 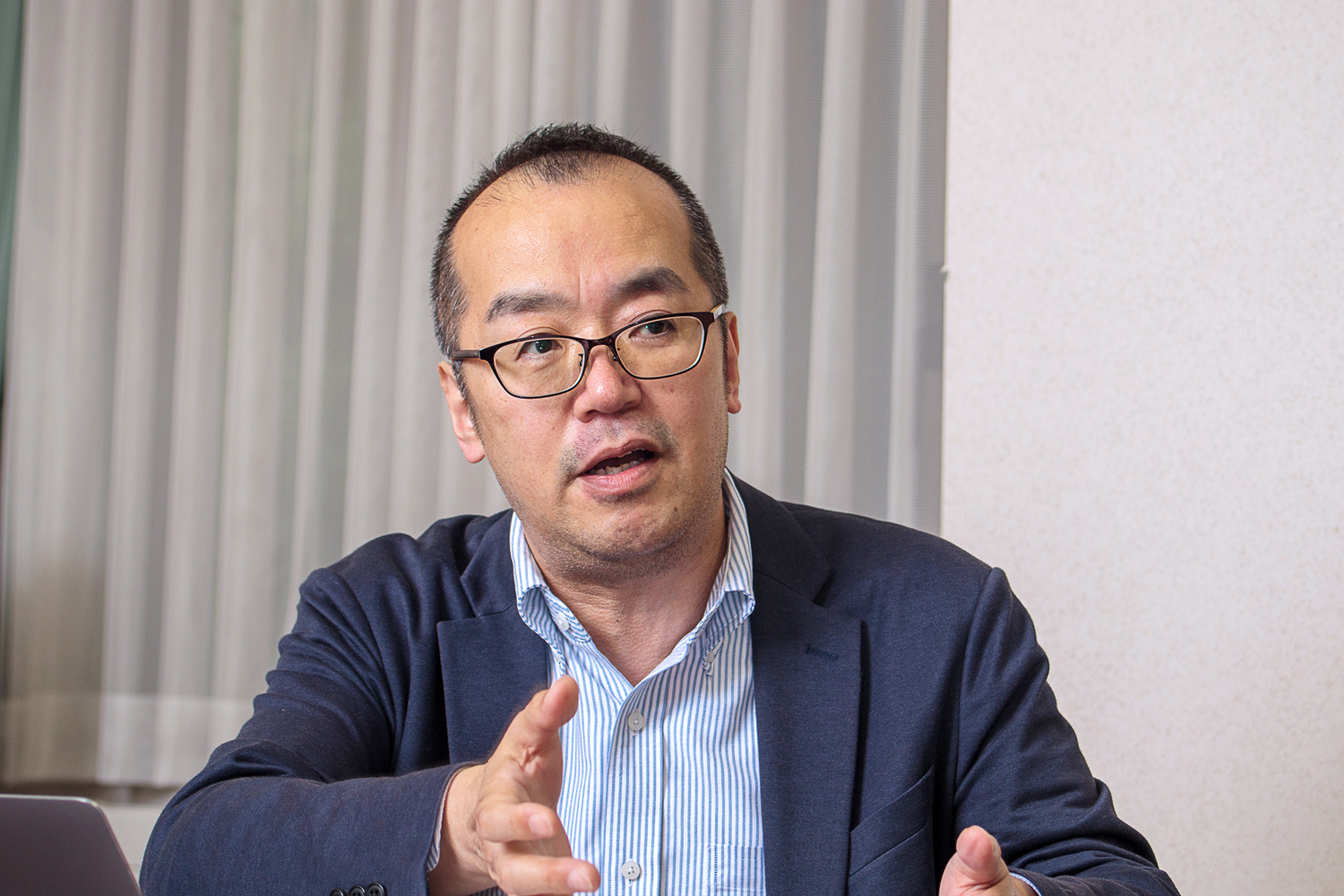 As Professor Takahashi says, "Shinoro kabuki was one of the driving forces that brought together the feelings of the people who came to Hokkaido from other parts of Japan." Shinoro kabuki had a significance and influence that transcended the realm of entertainment. "The more we look into it, the more new facts emerge," says Professor Takahashi, as he chronicles the wonders surrounding the Shinoro kabuki. First, let us look back at its origins, demise, and revival.

The first performance of Shinoro kabuki was on April 25, 1902. It was first performed by young people of the village at the spring festival of the Retsureppu Shrine. 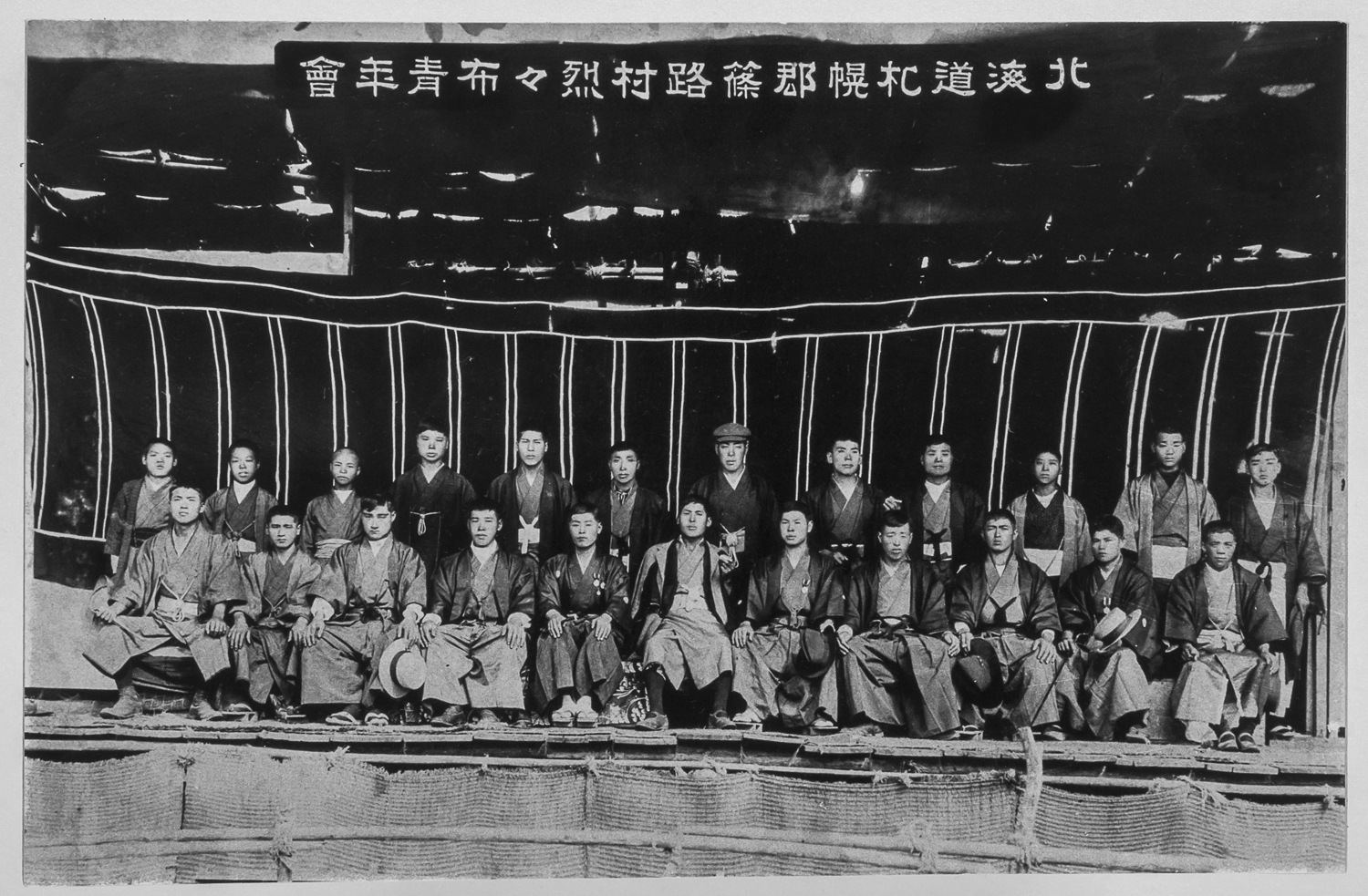 In those days when there was no radio or television so it is amazing to think how much the villagers were entertained by the fact that young people they knew became actors and acted out stories. What started as an endeavor by 20 local youths expanded to 50 by the Taisho era (1912-1926) with the addition of youths from surrounding areas, and in addition to performing at fall festivals in each area, the performances were also given in Sapporo and at coal mines in more distant areas. People from the surrounding areas also came to the fall festival at the Retsureppu Shrine, which was reportedly packed with as many as 500 guests.

Professor Takahashi says, "Theatrical performances that show extraordinary situations are an essential form of entertainment that distracts people from the harshness of reality, and it is certain that the roles played by all the young people in the village cultivated a sense of unity.”
Above all, kabuki served the role of raising the self-esteem of the young people and enhancing their attachment to the village.
However, the village's enthusiasm for Shinoro kabuki declined as the Showa period (1926-1989) began. It was difficult to retain kabuki troupe members, and radio broadcasts and motion pictures began to spread, which increased the number of accessible forms of entertainment.
In 1934, Shinoro kabuki came to an end. Under the title of "Hanaoka Yoshinobu's Retirement Performance," the troupe celebrated the ending of the tradition in their own way.

Rural kabuki used to flourish in many parts of Japan. Among the many varieties of local kabuki, Shinoro kabuki is characterized by the powerful presence of Onuma Sanshiro, also known as Hanaoka Yoshinobu. 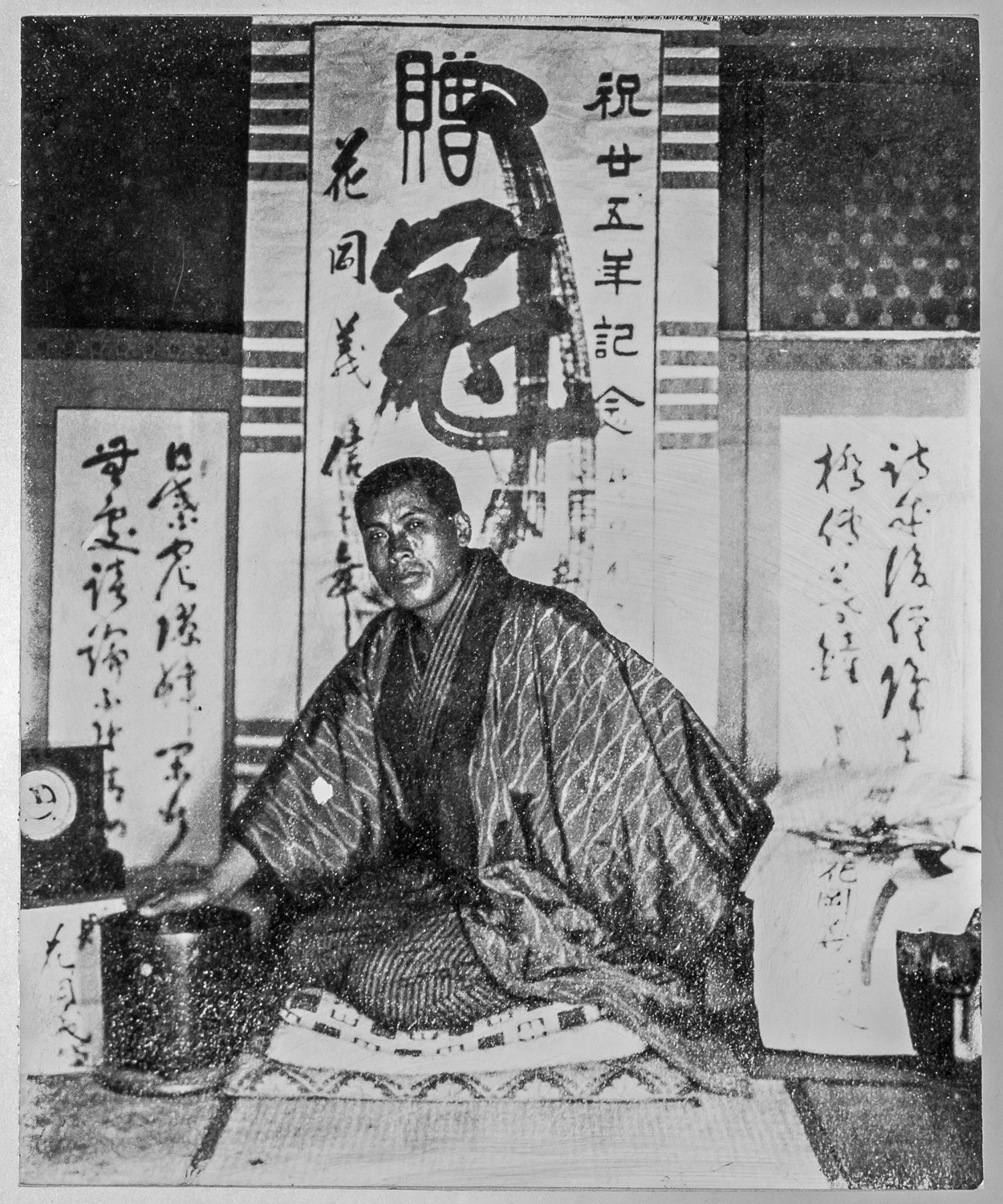 Commemorative photograph of Onuma Sanshiro taken in 1926 at the celebration of the 25th anniversary of Shinoro kabuki.

Professor Takahashi's explanation that, "some of the people who moved to Hokkaido from other parts of Japan had dreams, while others must have lost hope, but they tried to unite with the idea of making Shinoro their new home," evokes the ambition and spirit of a young man with a love of theater who vowed, "I will create a new Kabuki performance here."

Onuma's extraordinary passion brought many people together and assisted in the pioneering period of the village.
In the year following his retirement, a monument to Hanaoka Yoshinobu was erected by a group of volunteers, including those from the neighboring community. His significance is demonstrated by the more than 200 supporters who are inscribed on the stone monument.

Revival after half a century

It was in 1985 that Shinoro kabuki, which had disappeared for some time, came back into the spotlight. A community center was scheduled to open in Shinoro, and there was talk of putting on a kabuki performance to commemorate the opening.

More than 50 years had passed since Hanaoka Yoshinobu's retirement.
As the number of people who remembered Shinoro kabuki had dwindled, relevant records and testimonies started to be unearthed over the past 20 or so years, and momentum started to build to restore the forgotten culture of the region. 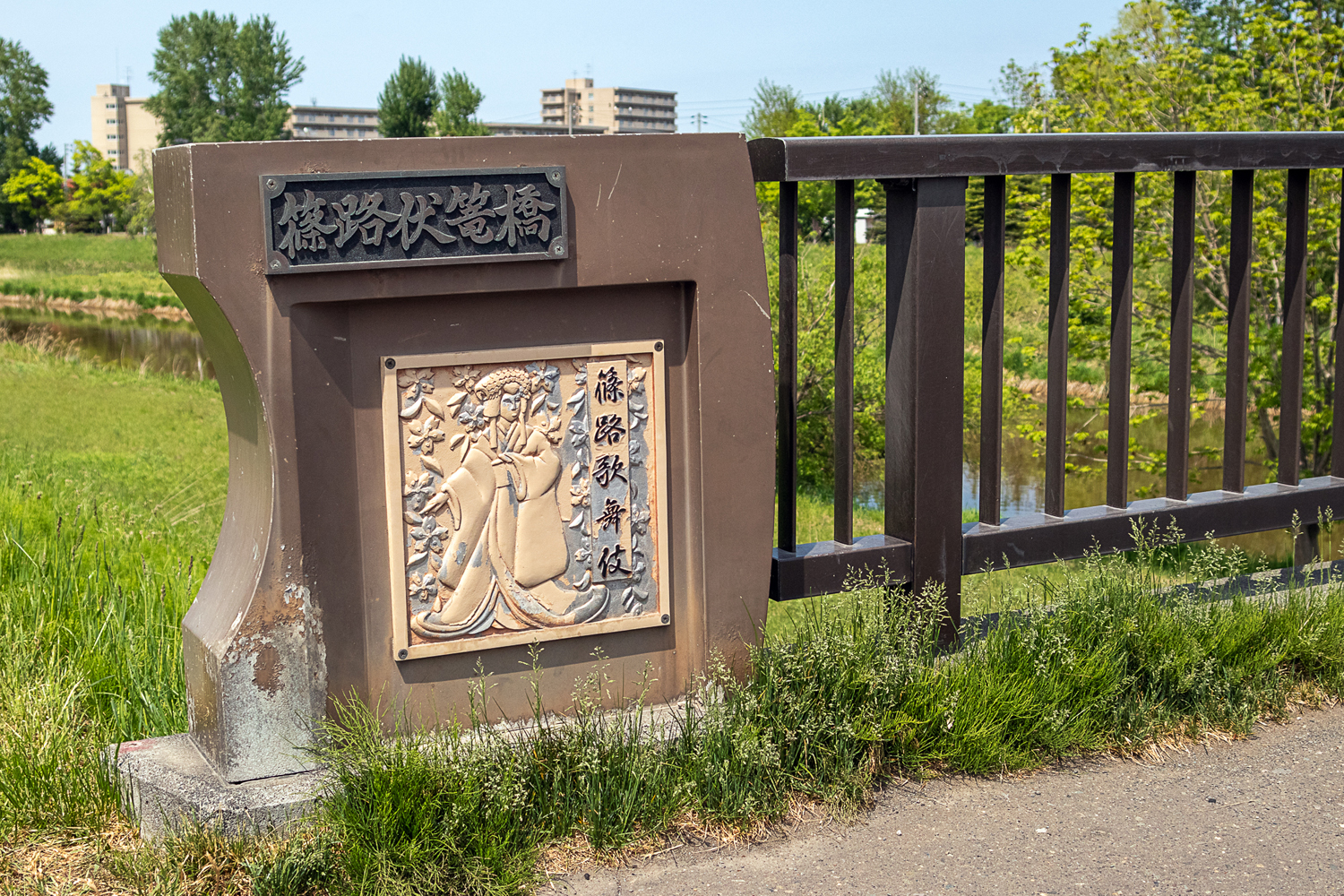 Volunteer residents formed a theater troupe. The members, all of whom grew up watching Shinoro kabuki when they were little, had a hard time recreating it. The group performed a modernized version of Shiranami Gonin Otoko as entertainment at the opening celebration, which was a big hit.
Shinoro kabuki had been successfully revived. The revival of this play would further develop in a new way. (continued)