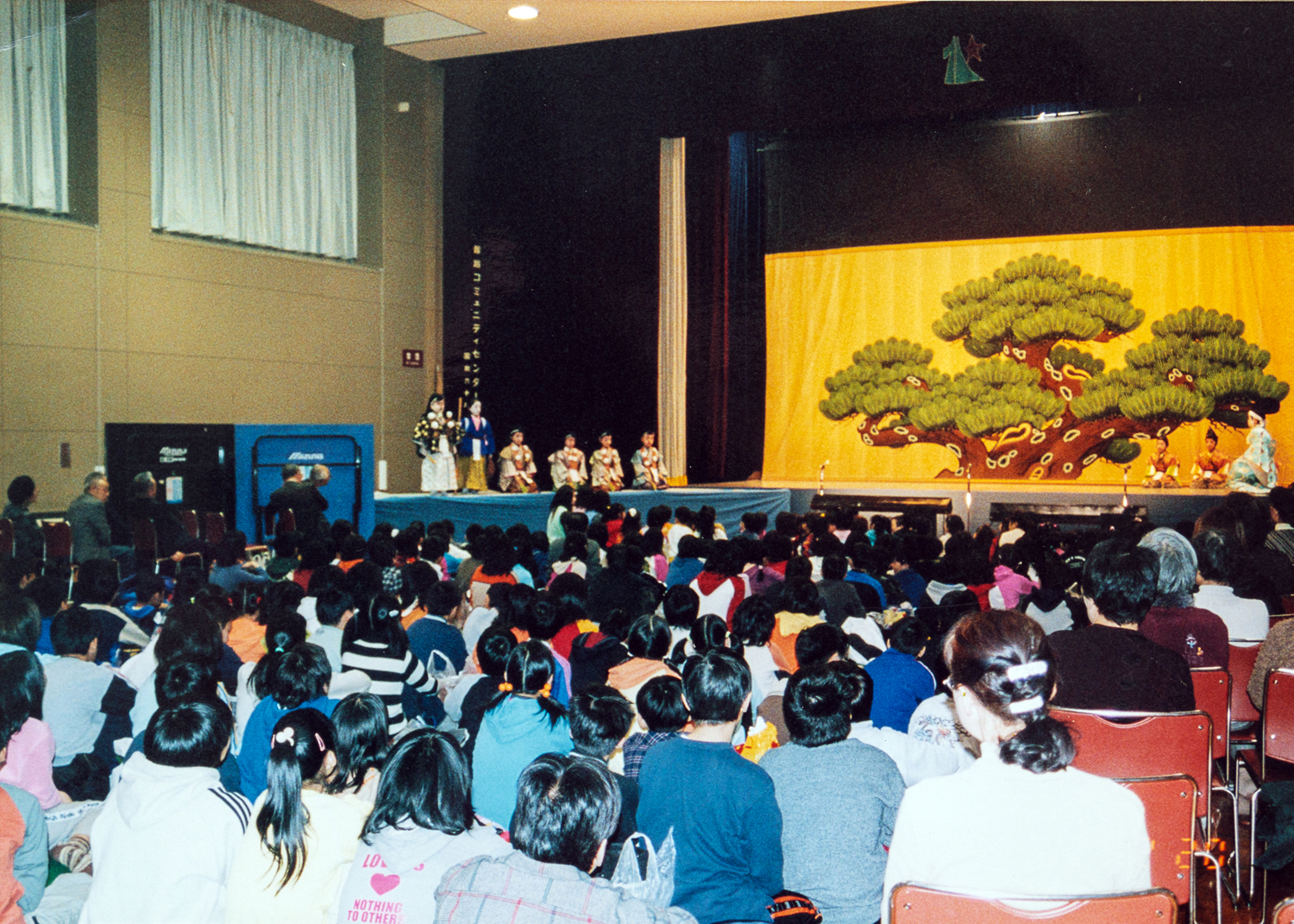 One of the activities of Sapporo's Shinoro residents in their efforts to pass down Shinoro kabuki to future generations. The actors are children.

The Shinoro kabuki troupe led by Onuma Sanshiro, also known as Hanaoka Yoshinobu, disappeared into obscurity. The residents revived it for one night only in 1985, 51 years after the troupe disbanded.
Words by Aratame Nanae
Photographs by Kurose Michio
Translation by Xene Inc.

In October 1985, Shinoro kabuki was recreated by the residents at the inauguration ceremony of the Shinoro Community Center. 51 years after its last performance, it was performed with great enthusiasm and excitement, resulting in a great success.
The following year, the Shinoro Kabuki Preservation Society was established based on the desire to preserve the revived Shinoro kabuki for future generations. Its president was Yanagisawa Masayuki, who took the stage as the troupe leader.

Otaka Hideo, currently the fifth president of the preservation society, is a former employee of Sapporo City. He once worked at the Shinoro Branch Office, and said, "I didn't know much about Shinoro kabuki and was not interested in it."
He first came into contact with kabuki when he was a university professor in Mongolia, where he was sent as a senior citizen volunteer. He was sent to teach Kabuki, a Japanese cultural art form. 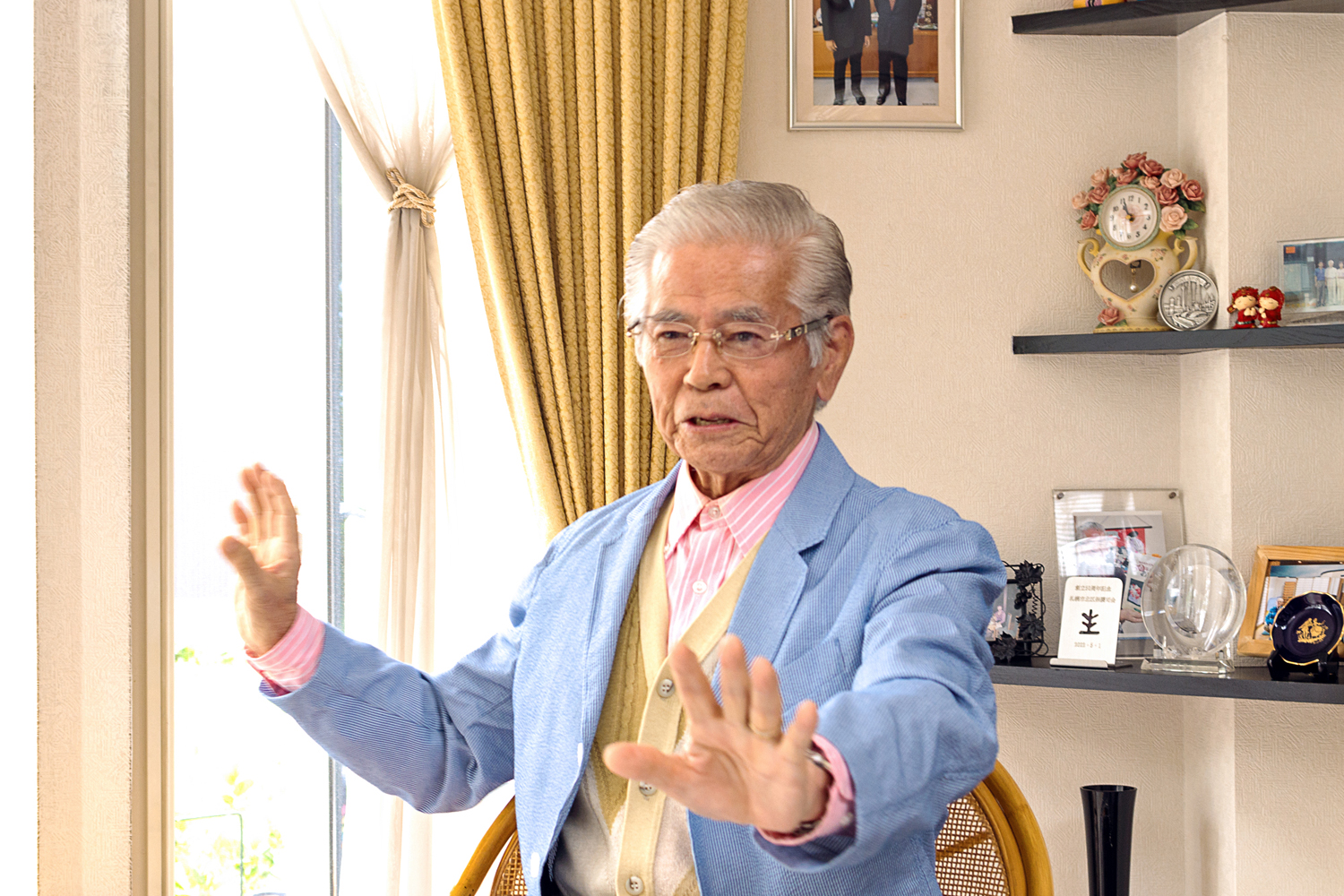 After returning to Japan, he was invited by to join the Shinoro Kabuki Preservation Society in 2013 in Shinoro, where he had newly set up residence. He said, "At first I didn't really understand it," but when he was asked to serve as president, he read the large amount of material he had received, which opened his eyes. Otaka recalls the experience saying, “It felt sobering to know that there was such a wonderful local culture!” The number of members, which was about 25 when he became chairman, now exceeds 90. Otaka has set a goal of, "aiming to become an intangible cultural asset of Sapporo together with Shinkotoni kabuki in which is also in Kita Ward."

In 1985, when Shinoro kabuki was revived after 51 years, there was another milestone event. After seeing the revival performance at the Shinoro Community Center, the staff of the Shinoro Chuo Nursery School took on the challenge of creating an original kabuki play, Hoikuen Gonin Onna. The performance was given at the celebration of the 30th anniversary of the nursery school's founding, and was met with resounding applause.

After much consideration, the nursery school decided to incorporate kabuki into the curriculum for the older children and present it at an autumn festival. The name of the event is Shinoro Children's Kabuki, which has been performed since 1986 and has become a popular local event in the Shinoro area.

Hayashi Shigeko, director of Shinoro Chuo Nursery School, said with a smile on her face, “The children learn to keep their promises, such as looking people in the eye and saying their lines. When they are on stage, they have the look of an actor. We place great importance on the message that everyone is the star of the show.” She was in charge of kojo audience greeting at the 30th anniversary ceremony and has been involved in the Children's Kabuki since its inception. 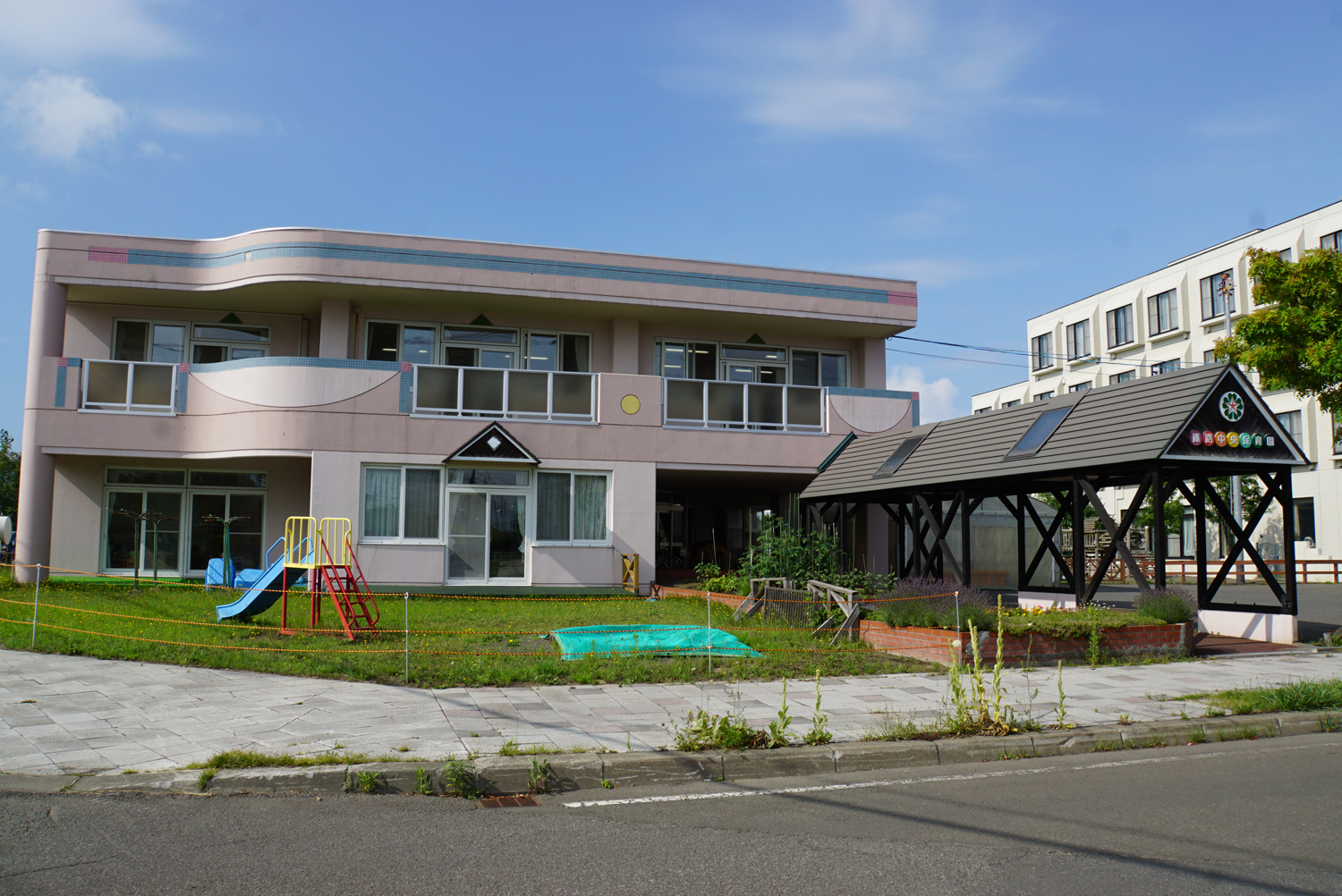 The children perform three times a year. Director Hayashi says, "The first time, the children's faces are tense and drawn, but by the second time, they calm down a bit. At the last performance, they perform confidently. We want to continue to make this an important and memorable experience for the children." 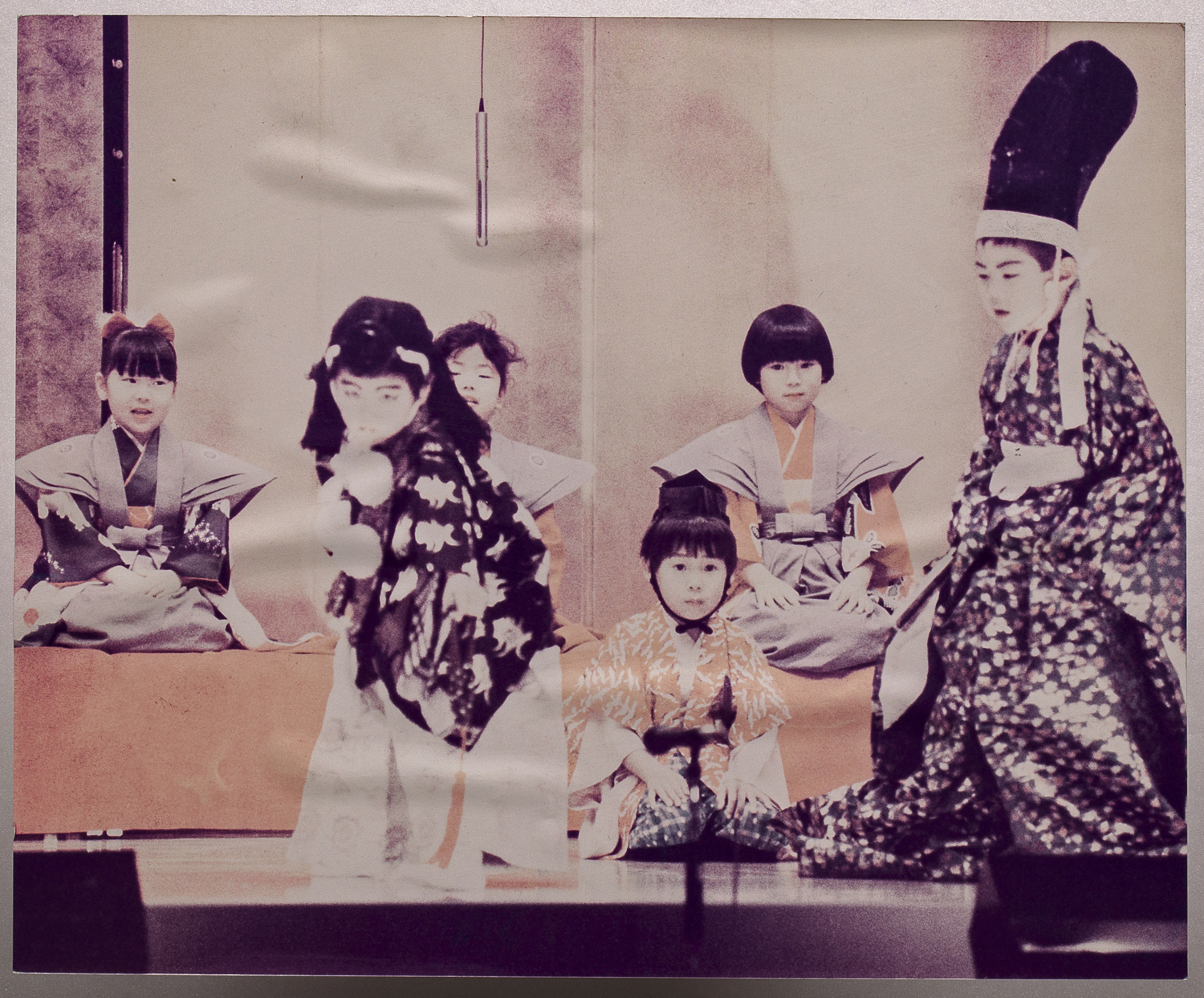 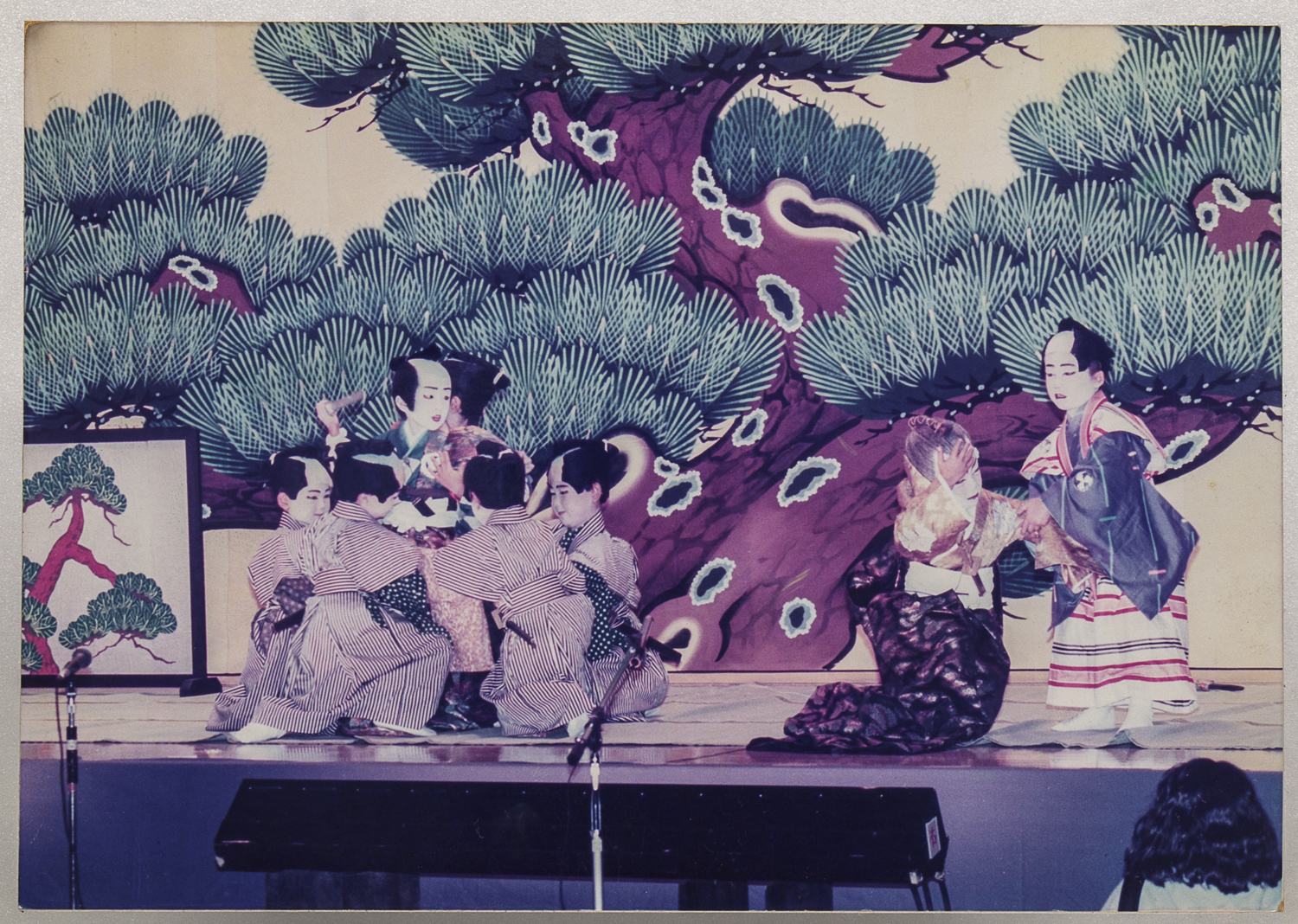 The ideas of Onuma Sanshiro and Hayashi Kenji

The Preservation Society and Children's Kabuki started at the same time, and Shinoro kabuki was reborn anew. Is this a mere coincidence?
"Onuma Sanshiro, who was the leader of the Shinoro Kabuki troupe, was a man who cared about people. This is obvious after his retirement from Kabuki," says Professor Takahashi Katsuyori of Hokusei Gakuen University, who has studied the Shinoro Kabuki troupe. 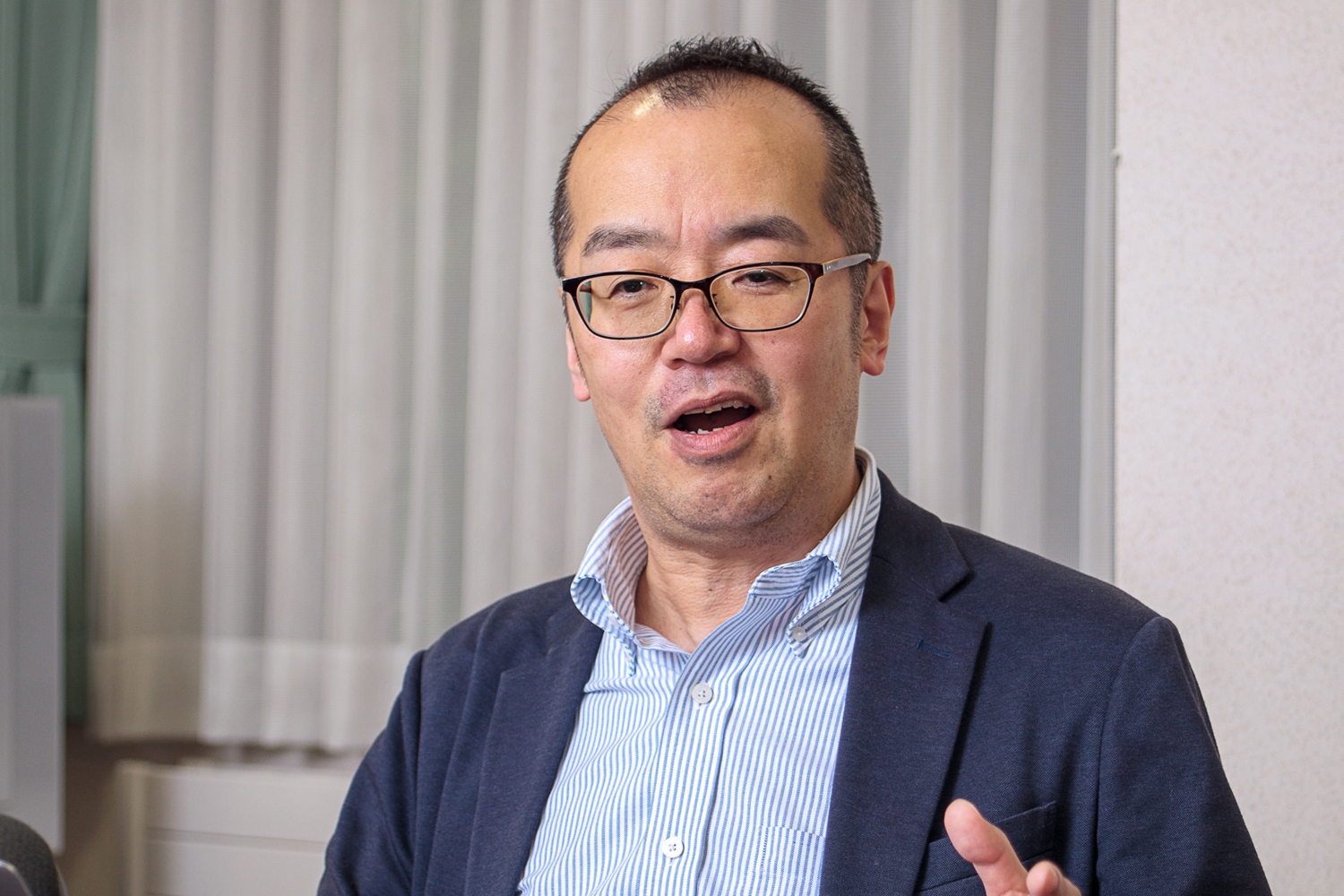 Onuma Sanshiro was elected mayor of Shinoro Village in 1947, 13 years after he retired from his stage name of Hanaoka Yoshinobu. As the first civilian-elected mayor of the village after World War II, he reportedly put a lot of effort into the merger of the village with Sapporo City.
According to Professor Takahashi, Mayor Onuma put special emphasis on social welfare policies.
Another key figure who supported the social welfare of the village was Hayashi Kenji, who was the village doctor. Hayashi Kenji was also the founder of Shinoro Chuo Nursery School, where the Shinoro Children's Kabuki is performed. He was also the father of the current nursery school director. 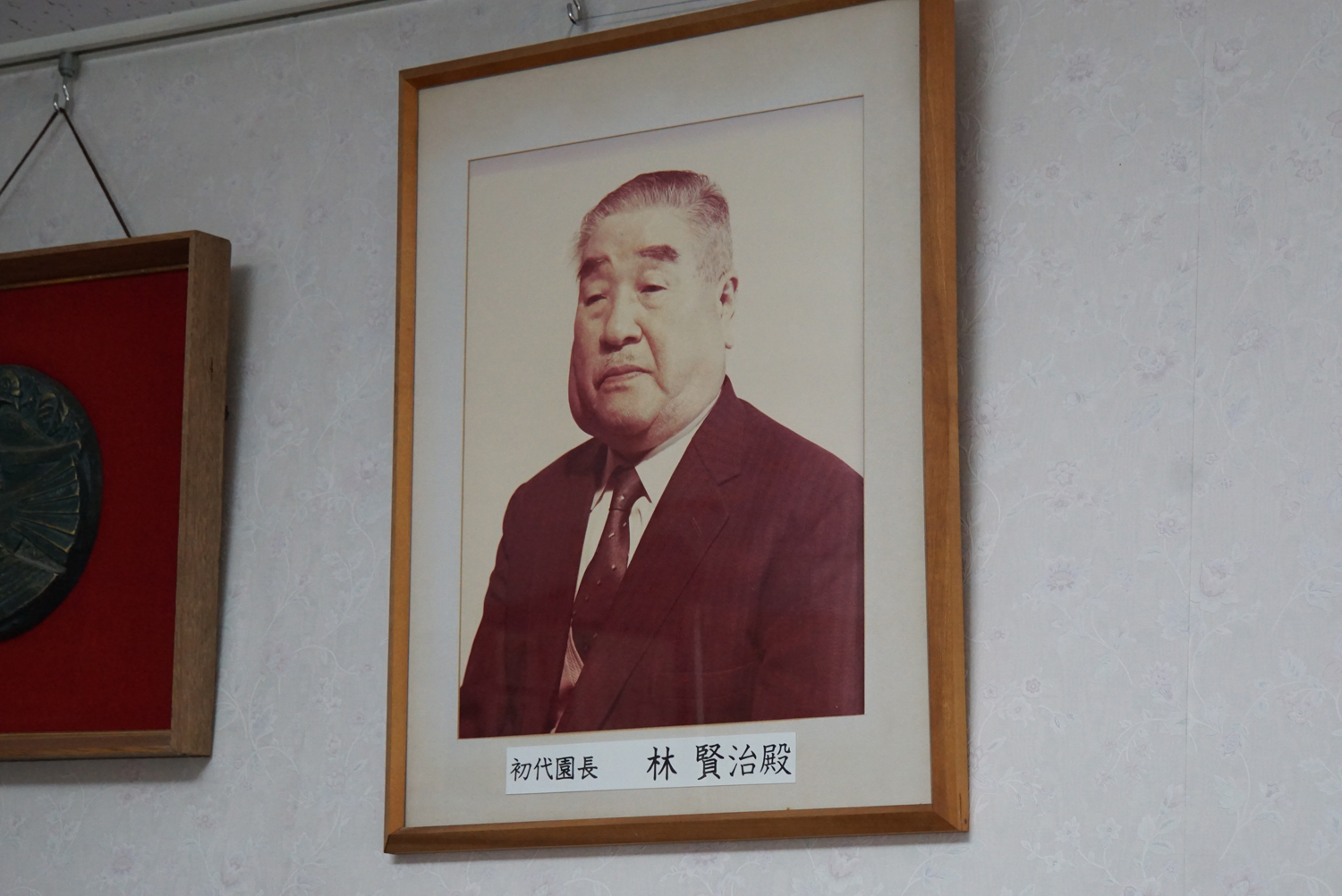 Photo of Hayashi Kenji displayed in the director's office

Onuma Sanshiro worked hard on Shinoro kabuki to preserve the village, and also devoted himself to the development of the village as its mayor.
Hayashi Kenji, Onuma's right-hand man, devoted himself to improving the welfare of the village and opened the first nursery school in the village.
The two of them who worked together in Shinoro Village have, coincidentally, passed on their passion for the village to the children of today in the form of Shinoro Children's Kabuki.
Professor Takahashi states, "The thoughts of Onuma and Hayashi have been growing in the ground like cicada larvae for half a century and have hatched in the form of this Children's Kabuki. I have the strong impression that it was predestined to happen."

The wonderous chronicles of Shinoro Kabuki will continue.