Experiencing the ultimate has shown me a new path 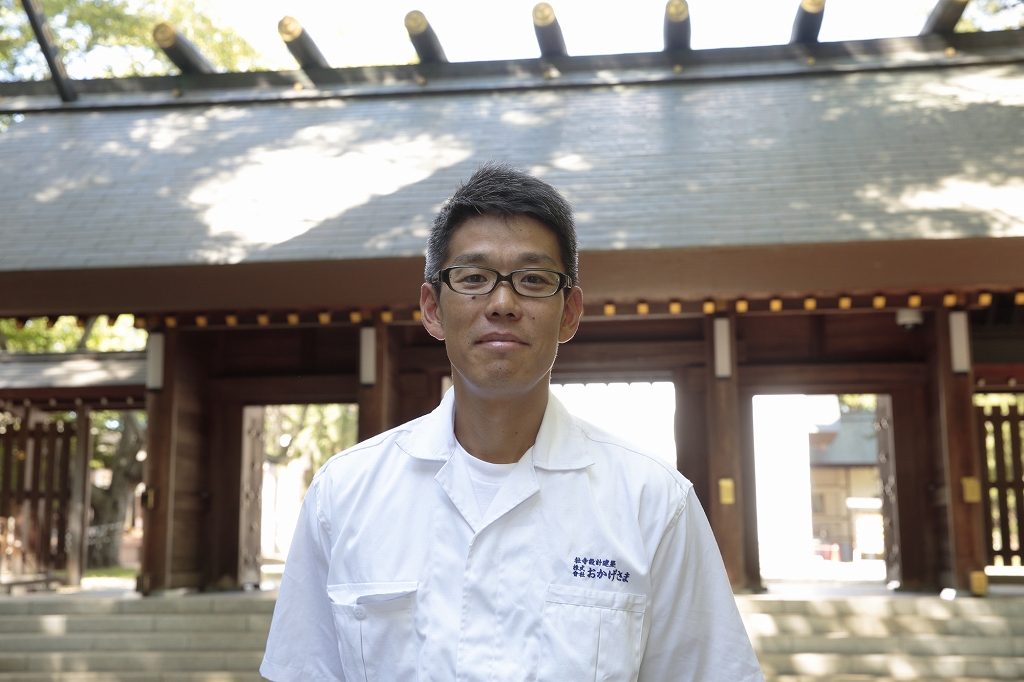 Four years ago, Sugawara Masashige returned to Hokkaido, bringing his experience serving as the assistant master carpenter for the outer shrine work during the shikinen sengu (transfer of the shrine deity to a new building after a preordained number of years) at Ise Jingu Shrine. Utilizing the traditional techniques which he has learned, he now aims to create new architectural spaces that perfectly fit with the style and beauty of the Tokachi region.
Words by Yajima Azusa  Photographs by Ito Rumiko
Translation by Xene Inc.

Kyoto’s striking sense of the times

Sugawara Masashige was born and raised in Obihiro, Hokkaido. When he read a book entitled “Tanaka Fumio: Modern Master Builder” during his university years, he became inspired to pursue a career as a temple carpenter. He trained under master builder Tanaka, gaining a wealth of experience, then, to learn even more advanced techniques, took an apprenticeship with a construction company which builds shrines and temples in Kyoto.

The sense of the times in Kyoto was particularly striking. There, most shrines and temples had hundreds of years of history, and in neighboring Nara, some such buildings had been standing for over a thousand years. Even architecture books dated from the Edo period (1603-1867) are written several hundred years after these buildings constructed in here. Masashige learned that even measuring dimensions to the precision of a hair’s breadth was no guarantee of success. Requests from his past customers have included to ensure that the form of a building grows more beautiful over time, or, after installing a curved roof, to raise the height by one sun (a traditional Japanese unit of measurement, about 3.03 cm). Masashige has honed his technique through working on many such shrine and temple projects in Kyoto.

Five years later, a senior master builder called upon Masashige to assist with the shikinen sengu. This transfer of the shrine deity is carried out once every twenty years, a process which spans eight years, encompassing rebuilding the main shrine, as well as replacement and coordination of all accoutrements, arms and armor, and saddlery throughout the shrine. This monumental effort constitutes passing on Japanese traditional techniques to a new generation of artisans, and plays an important role in the preservation of Japanese culture. Participating in the shikinen sengu is the pinnacle of any such artisan’s career. From all of Japan, 60 shrine carpenters were selected.

“At Ise, nothing short of absolute perfection is acceptable. This task demands such high standards that surfaces finished with planes and chisels must have no visible marks,” recalls Masashige. The shrine construction design drawings are inked in actual size on pieces of veneer laid upon the floor in a process known as sumizuke. Being entrusted with this task is proof of being respected as a fully-fledged master builder. 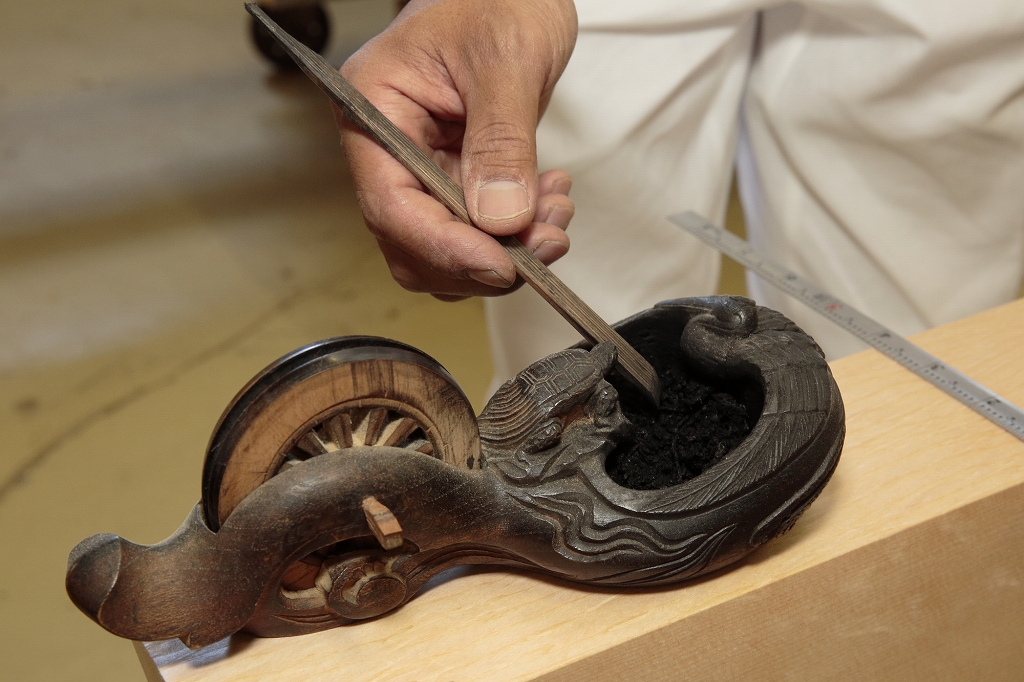 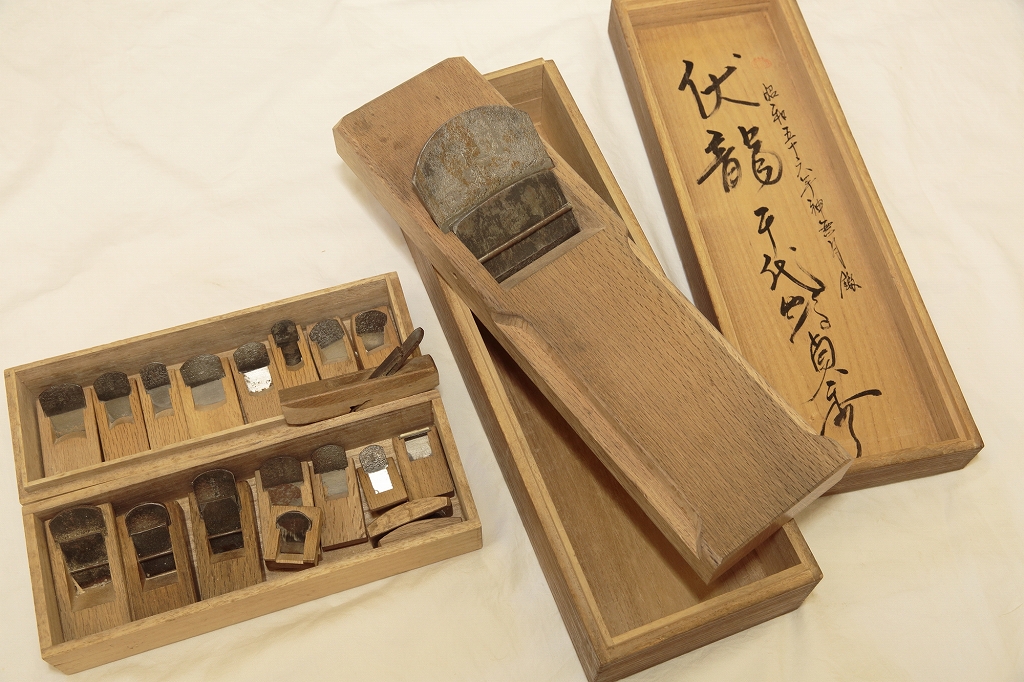 Different planes are used depending on the part. Masashige received the plane on the right from his master in Kyoto after being selected to participate in the shikinen sengu. 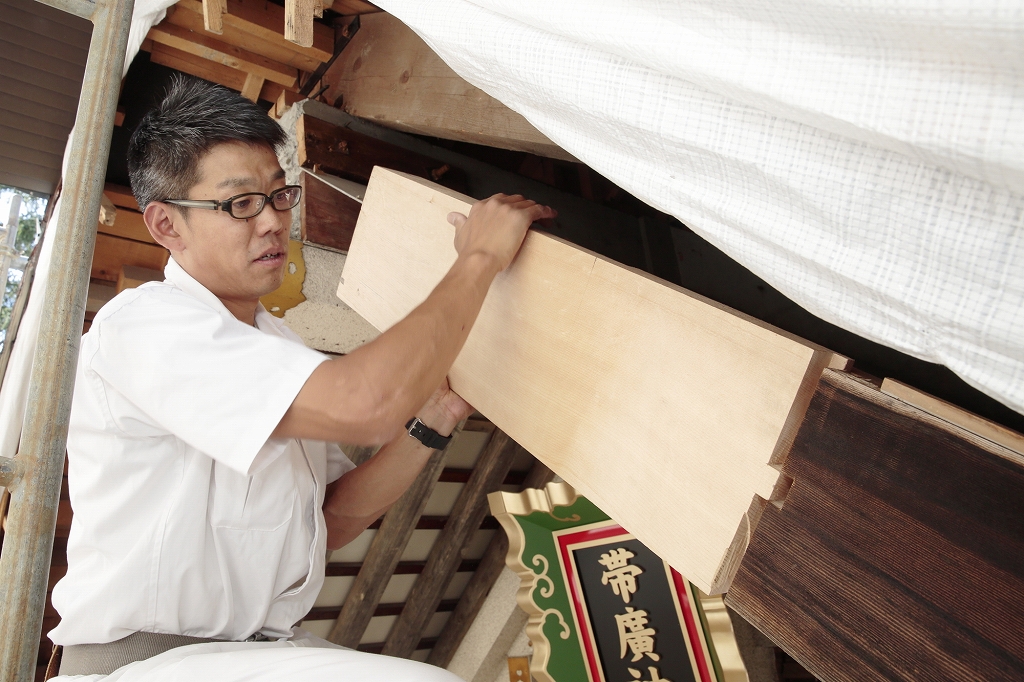 At work repairing Obihiro Shrine, which was warped in last year’s typhoon

Having had the honor to perform the inking, once the shikinen sengu was completed, Masashige’s thoughts drifted to his hometown. “Many of Japan’s Shinto shrines and Buddhist temples have been designated as national treasures or important cultural properties. This status may cause potential visitors to hesitate. I began to think about creating places of worship that are easily accessible for everyone, from small children to the elderly. I realized that this goal would require local knowledge.”

In 2015, Masashige returned to Obihiro, where he started ‘Soryo Cafe Tokachi’, an event which invites locals to casually converse with priests. This venue provides a time and place for locals to freely ask for advice about their lives and get answers for questions about Buddhist philosophy, all while enjoying a cup of coffee in a downtown cafe.

Last year, Masashige established his own company. Working together with young colleagues, he strives to create spaces that befit Tokachi. “For example, Tokachi is a wheat-producing region, so I would like to try extracting the color from wheat straw and mixing it with plaster to create an earth-toned Tokachi plaster. Last year, Masashige was the only person in Hokkaido to be selected as a candidate to serve as a traditional Japanese master builder for the Japan Traditional Technique Preservation Society. 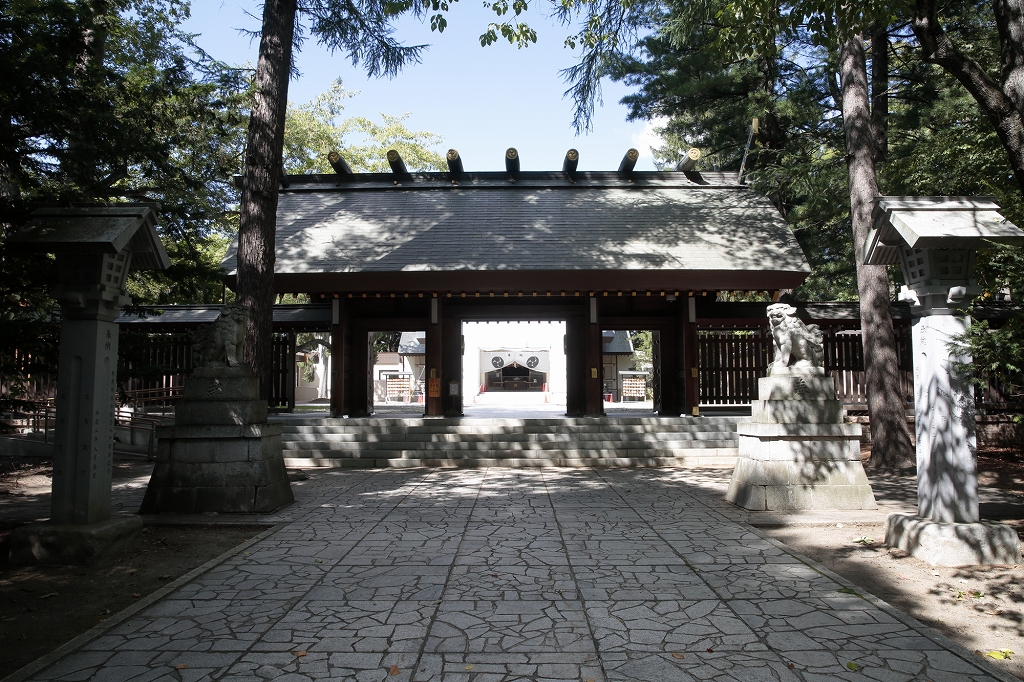 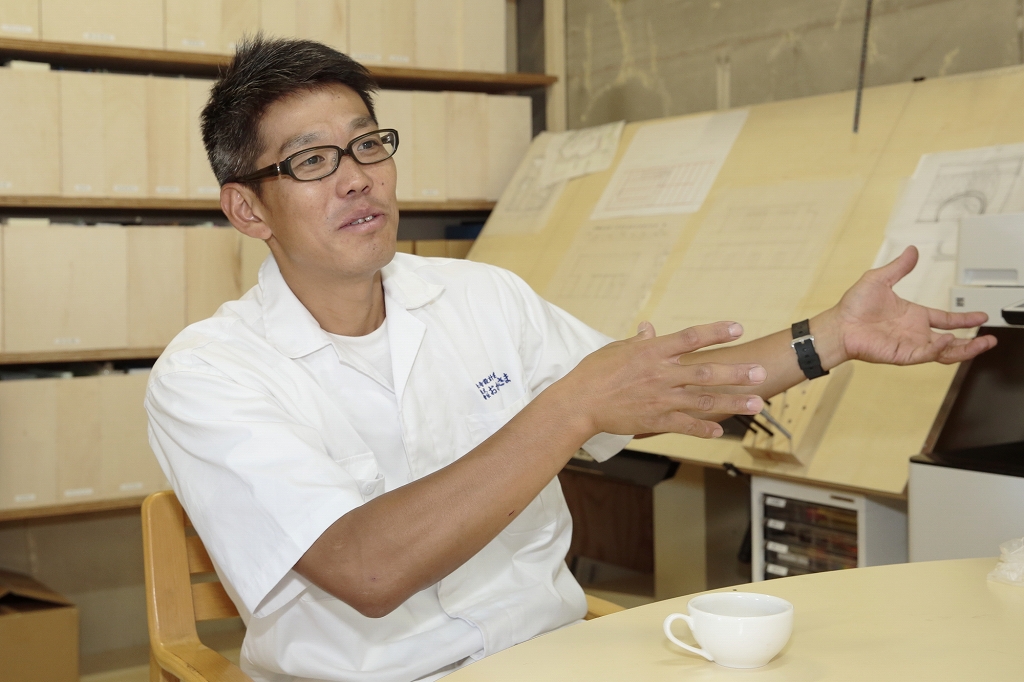 Masashige shares his dream, “I hope to build shrines befitting Hokkaido, from the ground up.”