About 15,000 years ago, the people of the Jomon period traveled back and forth across the Tsugaru Strait by boat, establishing a unified cultural region spanning southern Hokkaido and northern Tohoku. The strait was no longer a border dividing these lands, but rather a route which served to closely connect this region.

The Tsugaru Strait and the Inception of the Jomon Culture

It is thought that the formation of the Tsugaru Strait precedes the most recent glacial period, which occurred around 15,000-25,000 years ago. At that time, sea level was about 130 m lower, and regions such as the Soya Strait (La Pérouse Strait) and Mamiya Strait (Strait of Tartary) were still connected to the continent. It is thought that the Tsugaru Strait already existed as a body of water, with depths ranging from 140 m to 400 m. As the ice age came to an end and sea levels rose, Hokkaido took the shape we know today.

The Japanese Peninsula rapidly warmed, and people began to subsist on gathering, fishing, and hunting. As they became capable of making pottery and cooking food, these people began to form permanent settlements. This marked the beginning of the Jomon period, some 15,000 years ago.

Crossing the Strait by Boat

The Jomon people began to frequently cross the Tsugaru Strait. It is thought that they used wooden boats for this purpose.

Could small, hand-rowed boats safely traverse the swift current of the strait? In June 2002, an experimental crossing of the strait by hand-rowed wooden boat was staged between the town of Toi, now part of Hakodate, and the town of Oma, Aomori Prefecture, some 17.5 km away. The boat departed Oma at 5:00 am, and finally reached Toi about nine hours later. The Jomon pilots would have required great skill as they avoided the strait’s characteristic fog and seasonal winds, reading the tides and currents to safely traverse perilous conditions. Without their keen senses and strong affinity for nature, such a feat would not be possible. We can only imagine that the Jomon people would lament the disappearance of these skills in modern Japanese society. 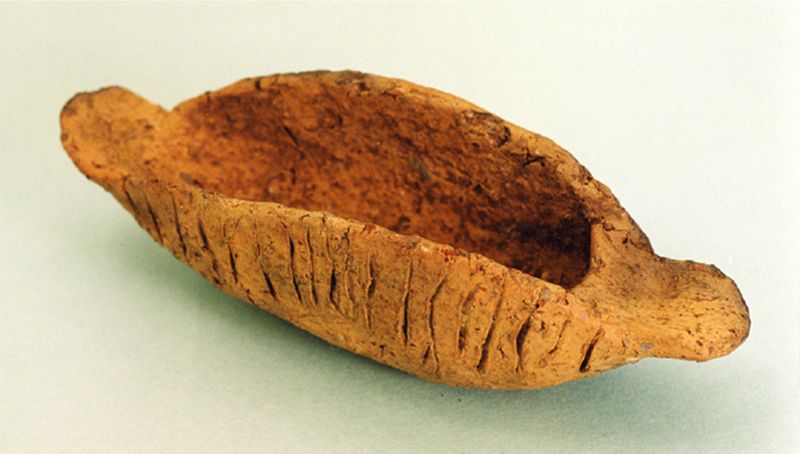 Over its span of approximately 12,000 years on the Japanese Peninsula, the Jomon culture was split into several cultural regions. Mr. Yuji Fukuda, who was vice-curator of the Hakodate Jomon Culture Center at the time of this interview, shared his insight on the history of these people.
“A great number of very similar earthenware articles have been found in both southern Hokkaido and northern Tohoku. This is a very important piece of evidence to support the concept that these two areas, although divided by the Tsugaru Strait, were in fact united as a single cultural region.”

On the other hand, even within the same cultural region, there were unique cultures found only in particular areas.
“For example, earthenware articles created on the Oshima Peninsula at the end of the middle Jomon period demonstrate the blending of styles of earthenwares from Honshu and central Hokkaido, indicating the formation of an independent earthenware culture that combined the characteristics of both.”

Mr Fukuda went on to clarify, “Although this was a period of development of limited cultures, this does not necessarily mean that united cultures were discarded. From a global point of view, the tidal currents of this period were a contributing factor. However, distinct local characteristics become prominent during the overlap of Hokkaido’s harsh cold periods and major changes in the natural environment.”
The Jomon people may have developed new styles of living in order to adapt to these changes. 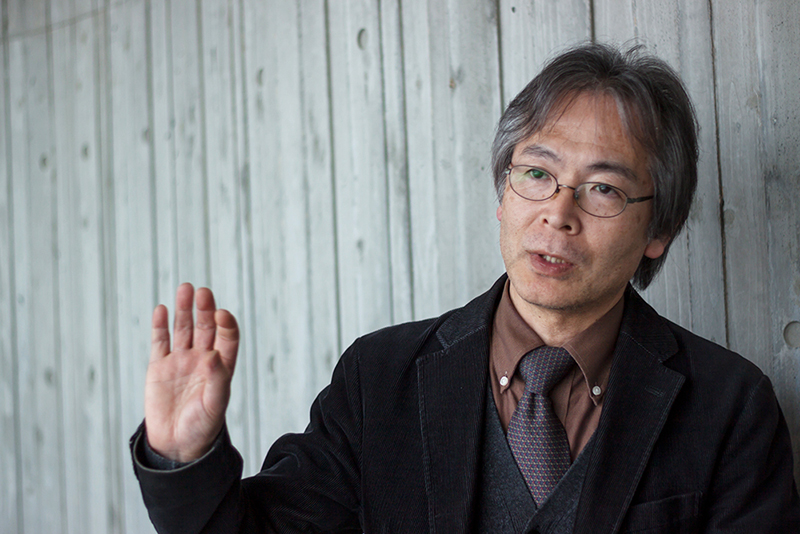 Mr. Yuji Fukuda, vice-curator of the Hakodate Jomon Culture Center at the time of this interview. 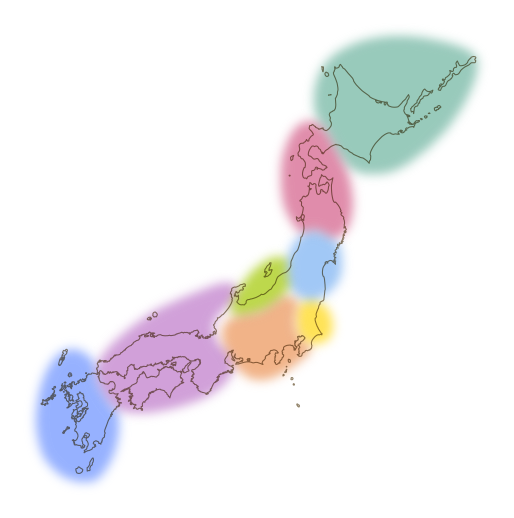 Cultural regions of the Japanese Peninsula during the Jomon period. 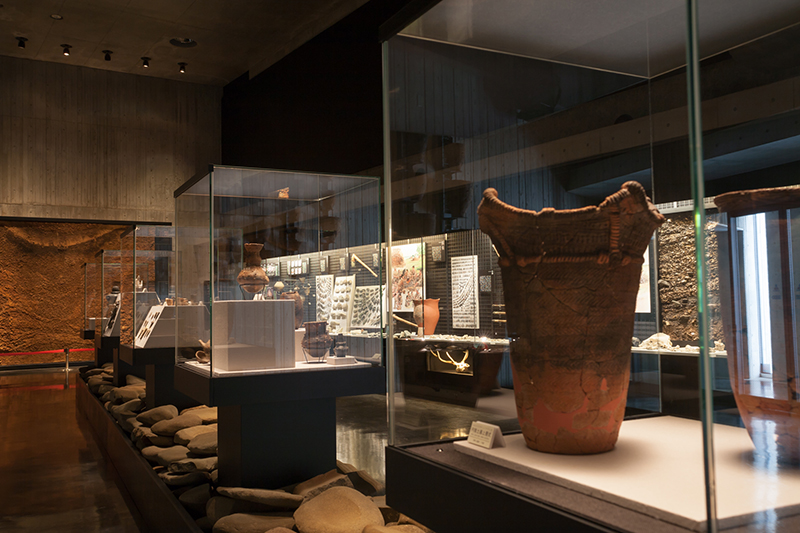 “Machete-shaped Stone Articles”, discovered in Hakodate.
These machete-shaped stone objects were thought to have been used for ritual purposes. Such articles have also been discovered in eastern Honshu, however many bear polished surfaces, whereas those from southern Hokkaido are roughly hewn. 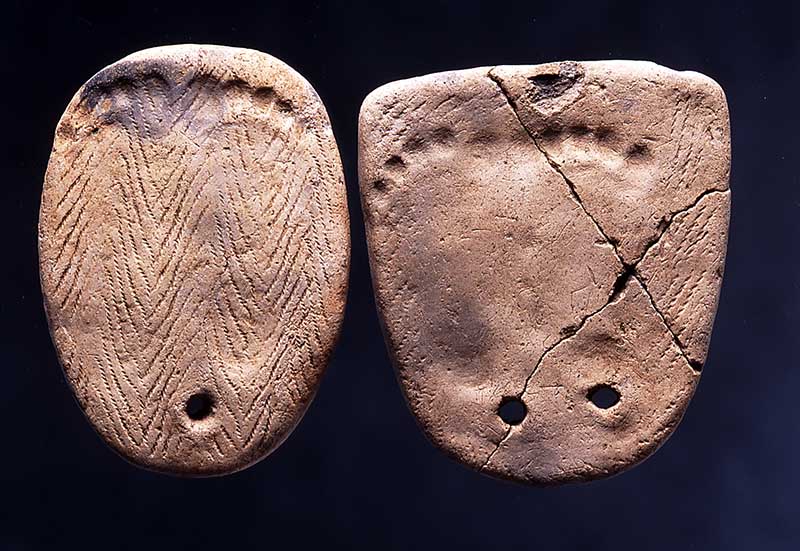 “Clay Tablet with Impression of Feet” excavated at Kakinoshima archaeological site, Hakodate (Photograph provided by Hakodate City Board of Education).
This clay artifact has been marked with a child’s feet before firing. The distribution of early Jomon period clay tablets is concentrated around Hakodate.

In 1975, a hollow earthenware figurine was discovered in a potato field in the town of Minamikayabe (now part of Hakodate). Declared as Hokkaido’s first national treasure in 2007, the figurine is prominently kept in a display room at the Jomon Culture Center.

Similar earthenware figurines have been unearthed in locations such as Aomori, Miyagi, and Tokyo. Many features correspond to the Minamikayabe figurine, including the imposing monobrow, eyes and mouth shaped like coffee beans, high nose, and beard-like markings on the chin. These companion hollow figurines from outside of the Tsugaru cultural region would suggest connections with an even larger culture. 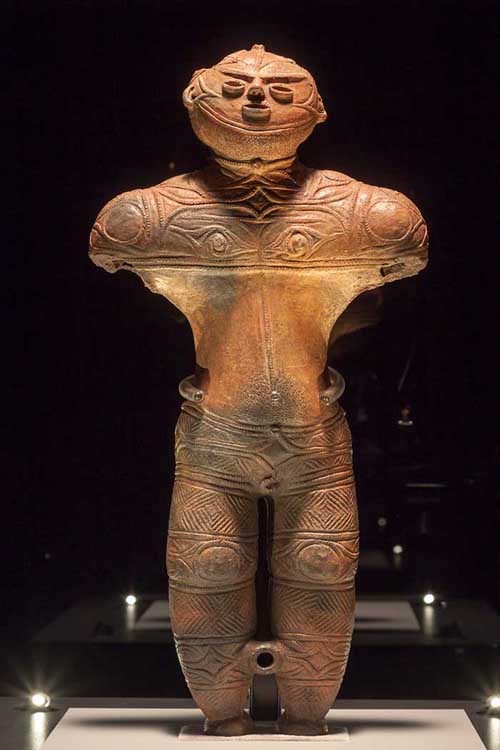 “Hollow Earthenware Figurine”, a National treasure of Japan. At 41.5 cm tall, it is among Japan’s largest. 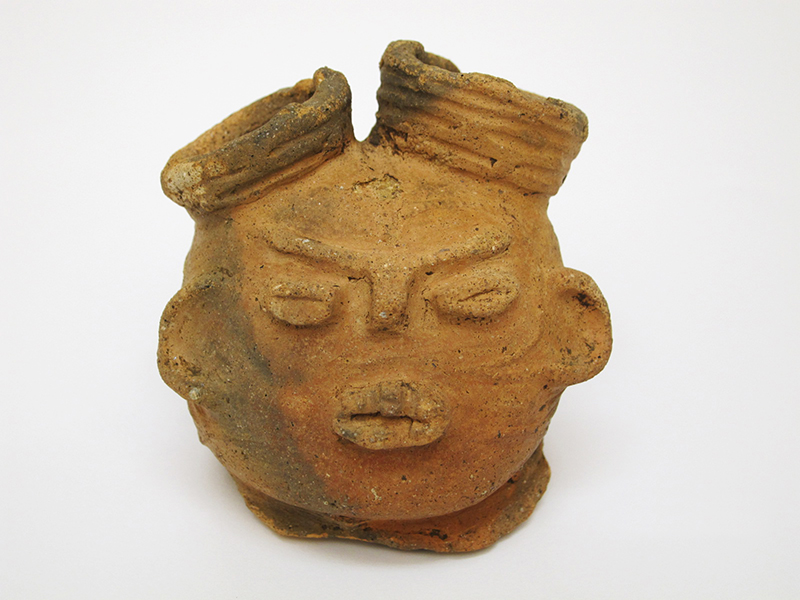 “Head of a Hollow Earthenware Figurine”, excavated at Tabata archaeological site in the city of Machida, Tokyo Prefecture. (Photograph provided by Machida City Board of Education)

The term “archaeological site” might seem rather distant from our everyday lives.
Not necessarily so, according to Mr. Fukuda.
“Most visits to archaeological sites are during special occasions, such as travels. But archaeological sites can also be day-to-day outings, like visiting a park. That’s why it’s essential that we continue to provide information, so that people can feel closer to these important parts of history.”

Adjacent to Hakodate’s Jomon Culture Center lies the Kakinoshima archaeological site, where work is underway to develop facilities to accept general visitors. The site is scheduled to be opened to the public in 2020. Mr. Fukuda commented, “I hope that this will become a venue to make people feel closer to the Jomon period, and let children use their imaginations to develop interest in our history.” 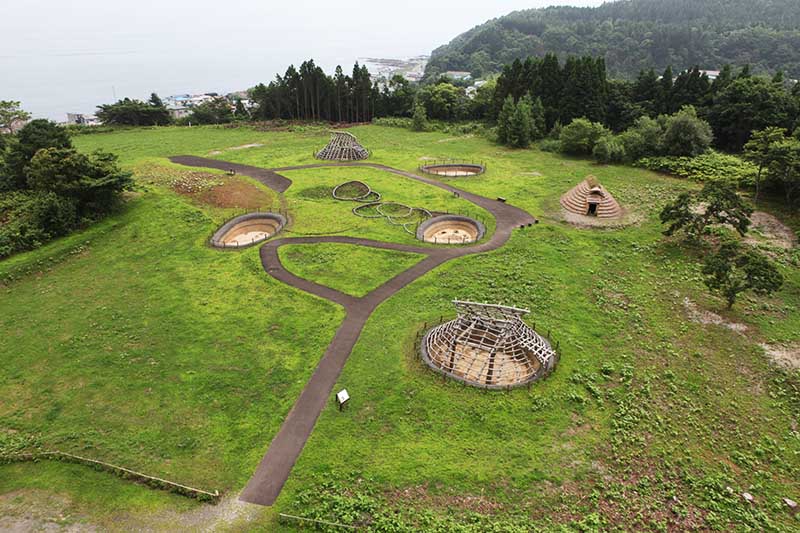 Overview of the “Jomon Gardens” at Ofune archaeological site.

(Photograph provided by Hakodate City Board of Education) 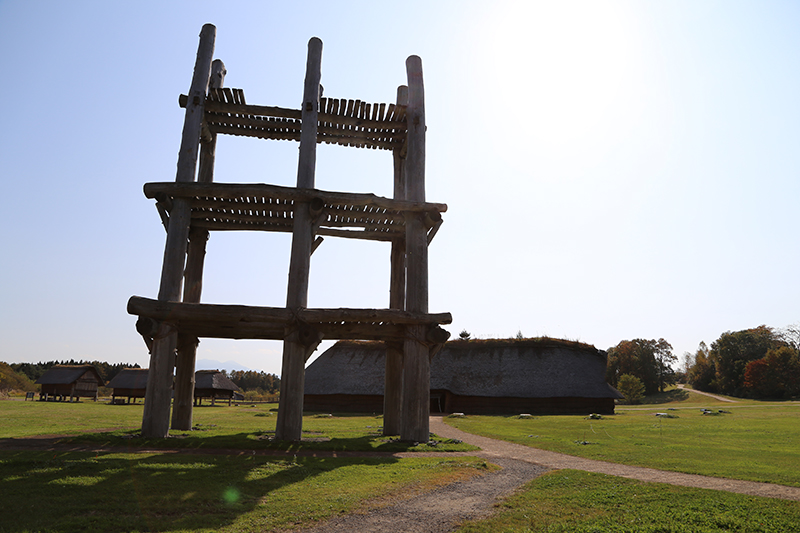 Efforts are also underway to establish 17 Jomon archaeological sites as World Heritage Sites. These include sites in Hokkaido centered on Uchiura Bay, as well as sites in the three northern Tohoku prefectures of Aomori, Akita, and Iwate.
What did the Jomon people put inside these earthenware vessels? What inspired them to cross the Tsugaru Strait? You don’t have to be an archaeologist to feel a bit of a thrill imagining the world 10,000 years ago. Visit a Jomon culture site and take a peek into the lives of our distant ancestors. 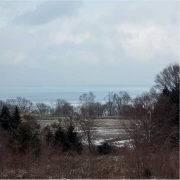 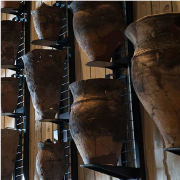 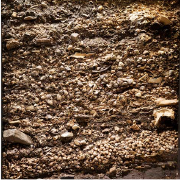 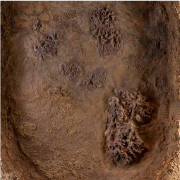 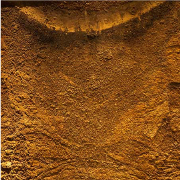 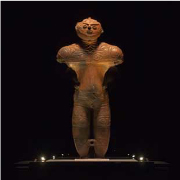