Following an old map on a walk around Sosei Higashi #5 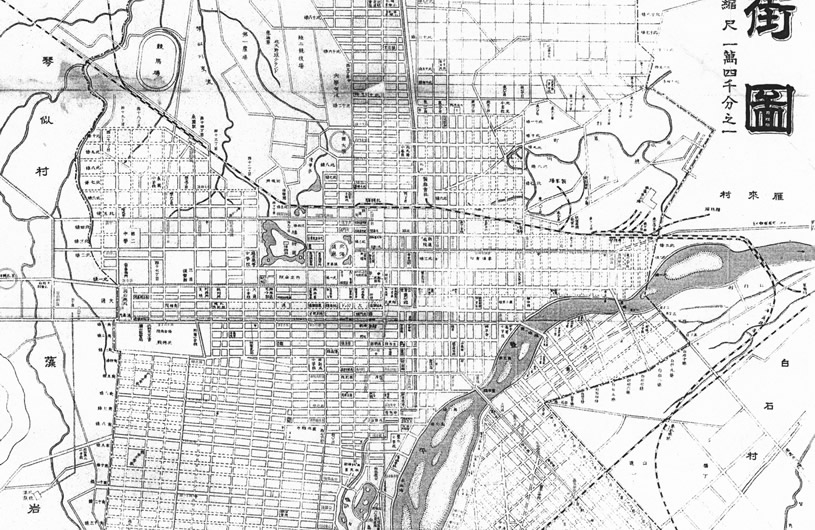 Sosei Higashi was the eastern edge of Sapporo for a long time, until the merger of Shiroishi-mura and Toyohira-cho with the city of Sapporo. It was a time of great wealth disparities, when the poor gathered at the side of the Toyohira River.
Words by Taniguchi Masaharu
Photographs by Ida Yukitaka
Translation by Xene Inc.

When Children Moved Freely Around the Eastern Edge of Sapporo

Let's have a look at Sosei Higashi using a 1935 map and pre-war newspaper articles as our guide. It was a time when the population of Sapporo was nearing 200,000.
At Odori Higashi 7-chome we find Rimpokan. Rimpokan was a facility to help the poor and others, and in the spring of that year, it established a new night school. An article in the Hokkaido Times in March said, "This opened the door for unfortunate young people to study." An adjacent clinic opened the following year. 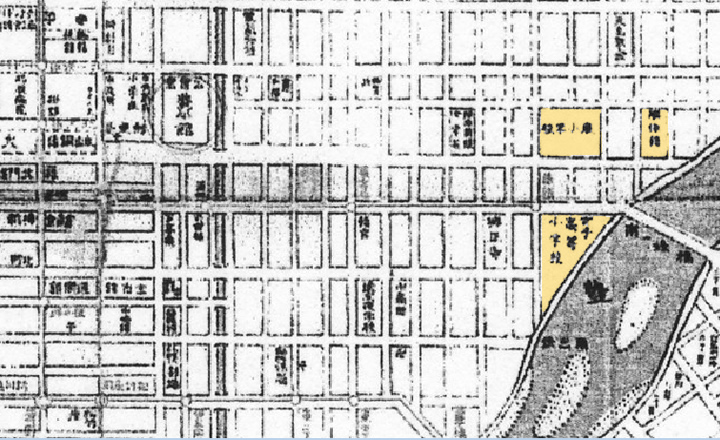 Near Rimpokan were Higashi Elementary School and a girls' school for late primary and early secondary education. Higashi Elementary opened in 1903. The first school building was south of the position shown on the map, at Minami 1-jo Higashi 6-chome. At the time that area was the eastern edge of Sapporo, and beyond it was Naebo-mura. Across the Toyohira River are Toyohira-mura and Shiroishi-mura. 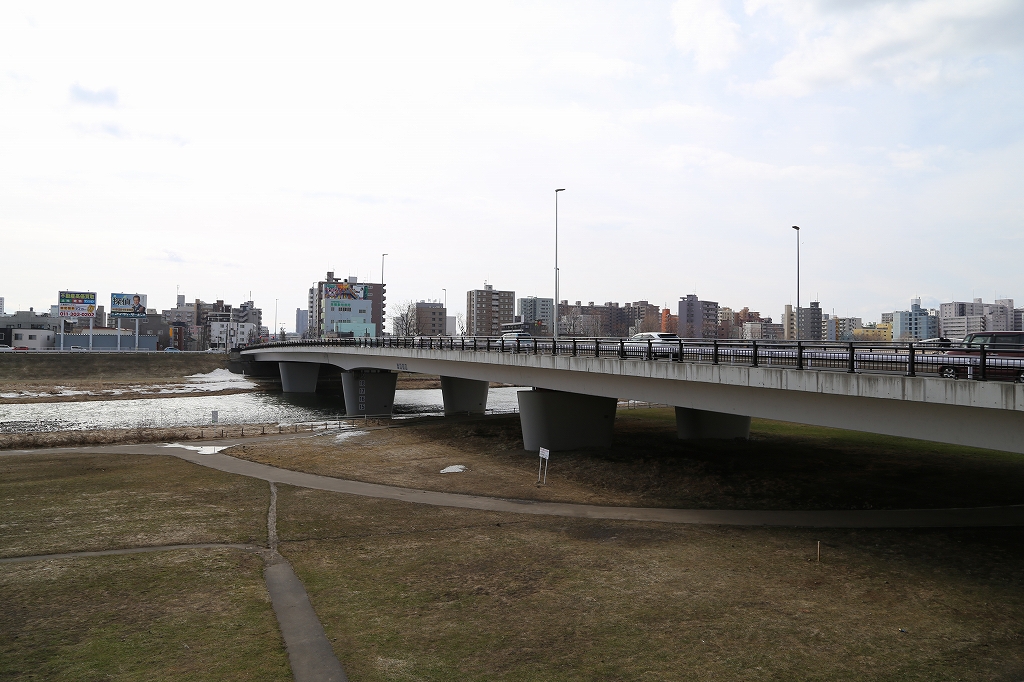 In 1899, the Girls' School for Late Primary and Early Secondary Education opened near the riverside of the Toyohira River. In 1907, part of the school building was made available to open the Sapporo-ku Girls' Vocational School. That school is the origin of the later Sapporo City Girls' High School, which today is Sapporo Higashi High School (Kikusui, Shiroishi-ku). The spot is near Ichijo Ohashi bridge, which did not yet exist when the school opened.

After the war, the Girls' School for Late Primary and Early Secondary Education became the municipal Ichi-jo Junior High School. From 1948 to the end of the U.S. military occupation in 1952, Ichi-jo Junior High School was the only model school in Japan under the occupation forces' educational policy. Post-war democratic initiatives were implemented there, including the operation of a student council by students. In 1982, Sapporo Citizens Gallery opened on this land. 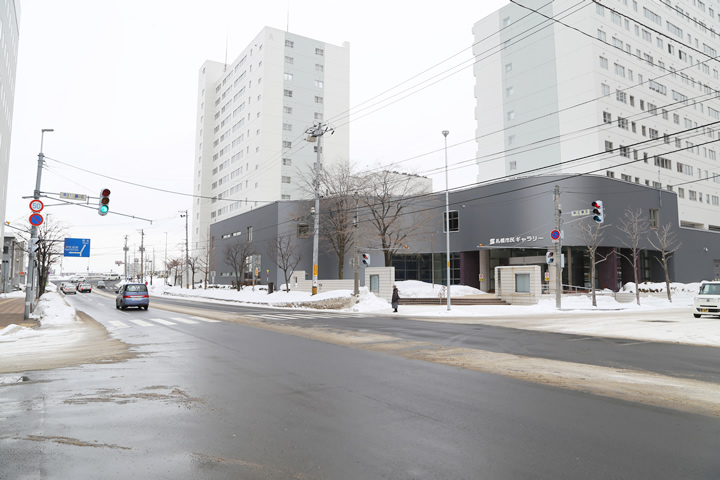 Sapporo Citizens Gallery opened on land that used to be home to a school. In the back on the left is the foot of Minami Ichi-jo Bridge.

There was a time when poor people lived in the zone of the east boundary of Sosei Higashi. The area was symbolized by its "Samurai Village," where people gathered who made a living by collecting junk for recycling and by doing day labor. The name "samurai" came from the appearance of the junk collectors who went around town asking or items of value while wearing fire tongs at their waists.
During the Showa Financial Crisis (1929-1931), poor people who had lost their jobs and homes began setting up shacks to live in near the Azumabashi bridge. It was a location where if the waters of the Toyohira River rose, the shacks would be swept away. Many times relocation plans were executed by the government, but people didn't completely disappear from the Toyohira dry riverbed until the late 1960s when the Sapporo Olympics were approaching.

An essential episode relating to the poor people of Sosei Higashi is the story of Enyu Night School, which paved the way for Rimpokan's night school. 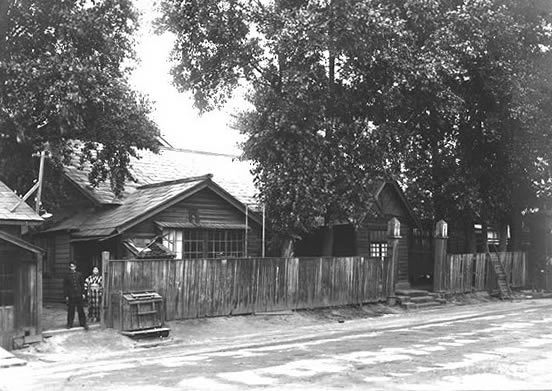 Enyu Night School was established in 1894 at Minami 4-jo Higashi 4-chome. It charged no tuition and was started up by Nitobe Inazo and others for such people as children who could not go to school because they were poor and adults who never received an education.
After graduating from Sapporo Agricultural College as a member of it second class of students, Nitobe studied agricultural economics in the United States and Germany before returning to Japan in 1891 and becoming a professor at his alma mater. His wife was Mary Elkinton (Japanese name Nitobe Mariko), whom he met in the U.S. One day $1000 was sent to Mrs. Nitobe from her home in the U.S. It was part of the estate of a person who Mrs. Nitobe's parents assisted that was left to the couple. Mrs. Nitobe's parents were devout Quakers. Using this as capital, Nitobe bought the land and building next to Sapporo Independent Church's Sunday school, and made the building into a school. 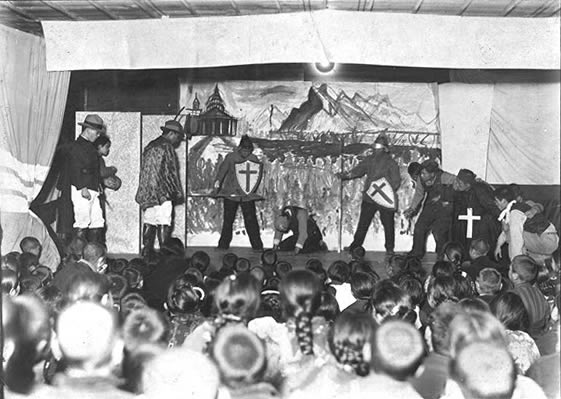 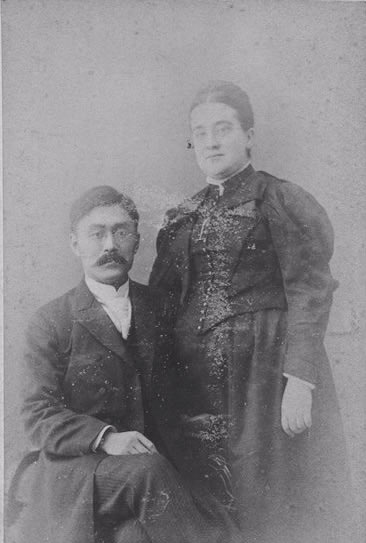 At first it was a terakoya-style school where Sapporo Agricultural College students taught children any subjects they wanted to learn about. Eventually classes like nursing and sewing were added to such general school subjects as history and geography, and on Sundays Nitobe began giving lectures on morals. The prefectural office approved Enyu Night School as a private school, and it began putting together a curriculum that conformed to the Ministry of Education, Science and Culture's Shogakko Rei (decree on elementary schools). After Nitobe left Sapporo, Miyabe Kingo and Arishima Takeo served as the school's representatives.

In 1944, when the Pacific War intensified, the authorities ordered a total mobilization of the country, so Enyu Night School was ordered closed, ending its 50-year history. Meanwhile, more than 1,000 students from the primary section and 170 students from the middle-school section finished their studies at this rare school and went on to the next stages of their lives. A series of articles that began appearing in Hokkaido Shimbun in 1957 noted that many of the graduates "would have remained uneducated were it not for the existence of this facility."
The location of Enyu Night School is now Nitobe Inazo Memorial Park. In the park, there is the "Monument to Inazo and Mariko Nitobe" by Yamauchi Takeo, a sculptor closely connected to Sapporo. 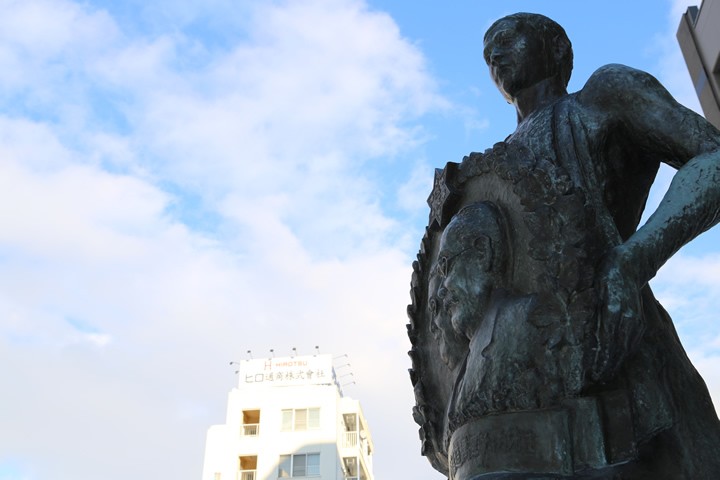 Many poor people stayed in Sosei Higashi, which was for many years at the edge of Sapporo though next to the city center. In that area, many intiatives were later rolled out that pioneered social welfare and education. It is a physical space, but seen in another context Sosei Higashi also is a place that gave shape to people's activities and thoughts.