One house made using lots of Shimokawa-produced wood was completed in Shimokawa in winter 2012. It came to be because of the Mori to Ie Project. What kind of people do you suppose made it, and what were thinking when they did?
Words by Ishida Mie
Photographs by Tsuyuguchi Keiji
Translation by Xene Inc. 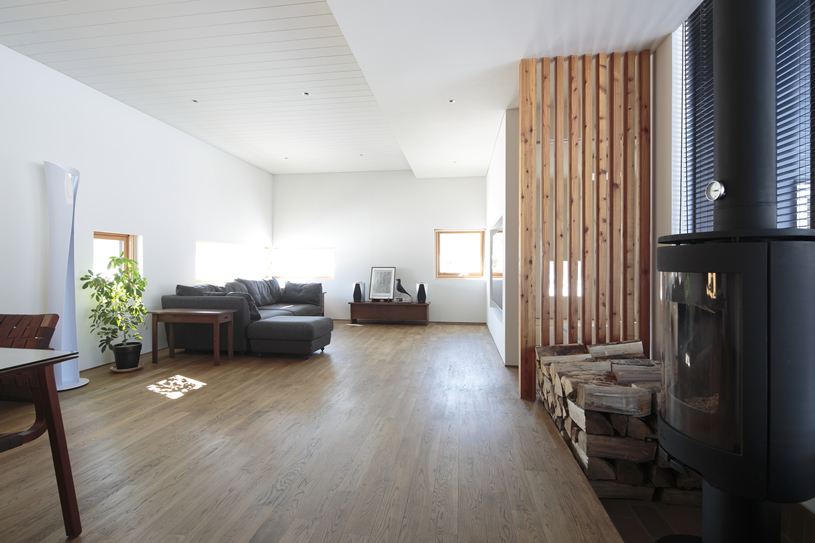 The living and dining rooms

Partners in making a house

We visited the home of Kawashima Daisuke and Satomi. Japanese larch produced in Shimokawa was used in the outer walls, so the building blends into the scenery. When we went inside, my eyes were drawn to the Shimokawa-produced Japanese larch laminated wood used in the walls and ceiling, and to the floor made from Japanese oak grown in Hokkaido. It's a comfortable space. 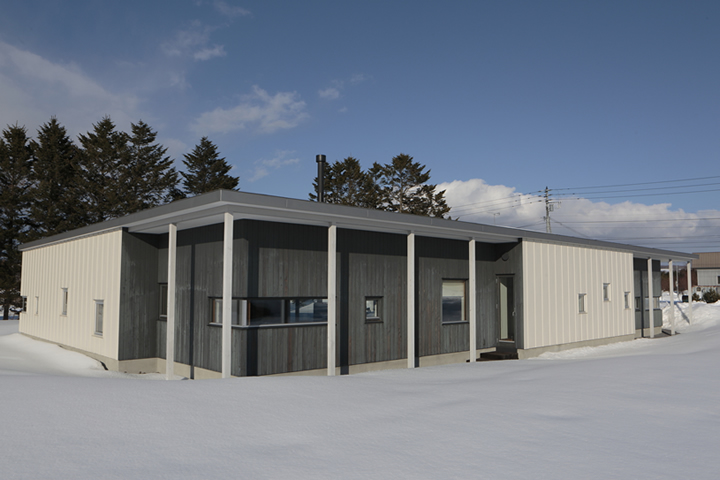 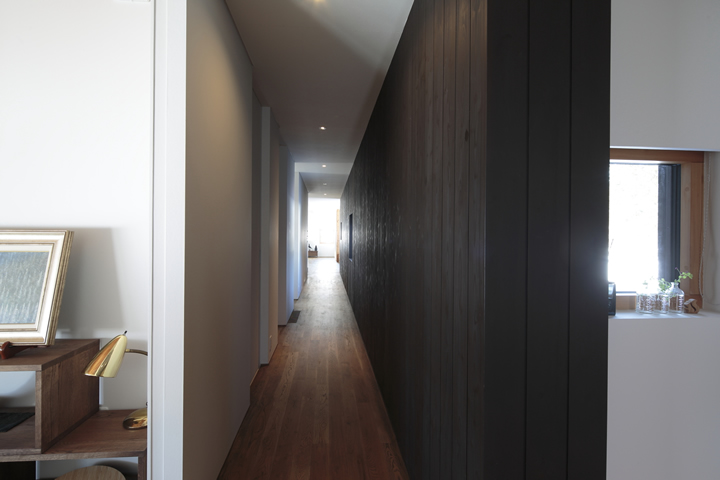 The hall extending from the entranceway

The Mori to Ie Project is a house-creation mechanism for creating houses that began in Shimokawa in the summer of 2011. The participating members are three local construction companies; four architects with their offices in Sapporo; the Shimokawa Development Foundation, which coordinates among them; and an administrative office in charge of public relations. The major mission of the project is to use lumber produced in Shimokawa and Hokkaido to make houses that provide a comfortable life of the sort a person would expect in the northern provinces. We asked Kawashima Daisuke, the first client, about it.

Mr. Kawashima runs a transportation business in Shimokawa, and he frequently transports lumber. "We thought, “The forest supports our lives in this town, so when we build a house we want to use local wood.'" If they were going to be spending money anyway, they wanted to pay it to a local company, but they didn't have an idea of what kind of house would be best for them. That's when they heard about the Mori to Ie Project. 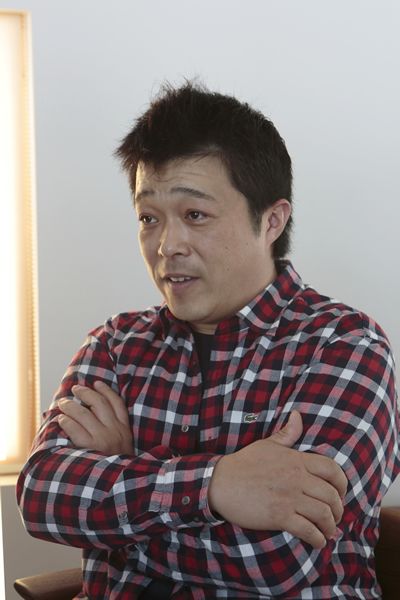 Kawashima Daisuke was born in Nayoro, which is next to Shimokawa. 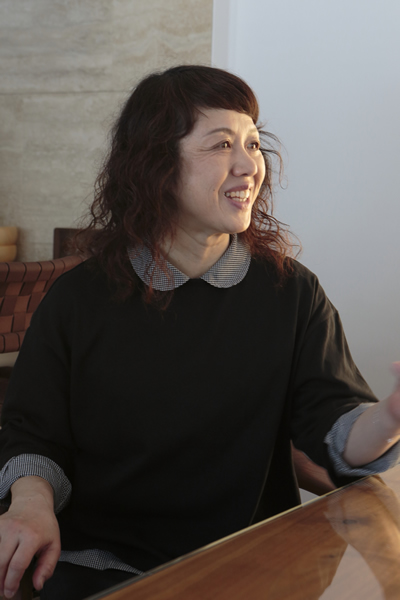 Kawashima Satomi was born in Shimokawa.

The Kawashimas chose the architect option. After repeated consultations, they entrusted the design of their home to architect Ogura Hiroyuki, who lives in Sapporo. "Mr. Ogura asked us about our lifestyle and listened well, then made a detailed proposal. As a result, I realized this was the house that I wanted," Mrs. Kawashima said with a laugh.

Ogura asked Yamagata Construction and Marusho Takahashi Construction, both of Shimokawa, to do the construction. Mr. Kawashima interacts deeply with both on a regular basis. They procured all the lumber used in the house from a sawmill in Shimokawa. Mr. Ogura's office designed furniture such as tables and chests, and a Shimokawa woodworking plant manufactured them. About six months were spent on the design, and another six months on the construction.

Mr. Ogura had this to say: "The client, the architect and the construction company are partners who create a house together. The Mori to Ie Project aims to protect the way of life of the community by having forest resources and the local economy work in a virtuous cycle. This project is not just for Shimokawa. I hope similar movements spread to various communities."
It has been five years since the project began. So far five houses have been completed in Shimokawa and Teshio, and several more are in the planning stage. 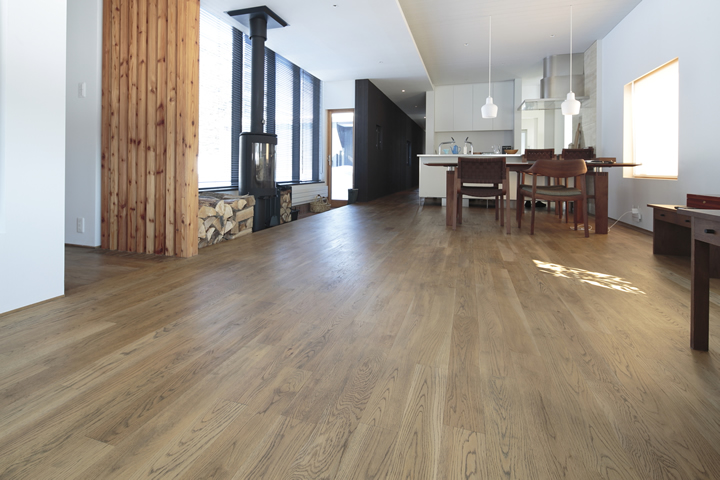 The Japanese oak flooring has improved in appearance after five years.

The project offers houses that make the most of the forests of Shimokawa and Hokkaido, with a threefold mission: 1. Developing human resources who protect the community, 2. spreading the creation of free and reliable home creation regionally, and 3. creating local flavor.