Things that link those that move to the town from elsewhere

The activities of some of those who have moved to the town of Shimokawa from elsewhere are conspicuous: one who has been enchanted by the scent of the forest; one who has been attracted by the place where people’s lives are fun. KAI spoke to two people who have become an irreplaceable part of Shimokawa.
Words by Ishida Mie
Photographs by Tsuyuguchi Keiji
Translation by Xene Inc. 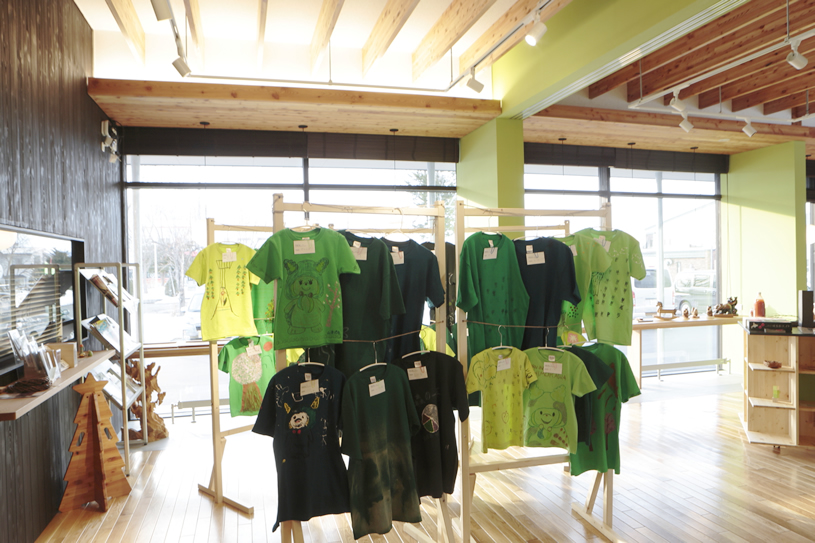 T-shirts on which local residents drew spring- and forest-based images as part of the “Spring Forest T-shirt Museum” that was held by Shimokawa Tourist Association in March 2017.

Guided by the scent of the forest

Fupunomori Co., Ltd. representative Tanabe Marie originally hails from Chitose in Hokkaido, and once worked for a florist in Sapporo. She had visited Shimokawa for leisure purposes several times and became familiar with the sites where essential oil from the branches and leaves of Sakhalin fir trees, used in aroma therapy, was made, and hoped one day to be involved in such work.

"I always liked Shimokawa's forests," says Tanabe. "I heard that the person responsible had quit and so I put my name forward as a candidate."
In 2007, Tanabe moved to Shimokawa and worked for the Shimokawa Forest Owners' Cooperative for one year, taking on the job of her predecessor. Subsequently, the work became the responsibility of an NPO in the town, and Tanabe made the shift to continue the work. Then in 2012, along with three colleagues, she founded Fupunomori Co., Ltd. and slowly began increasing the variety of products and developing the new brand. 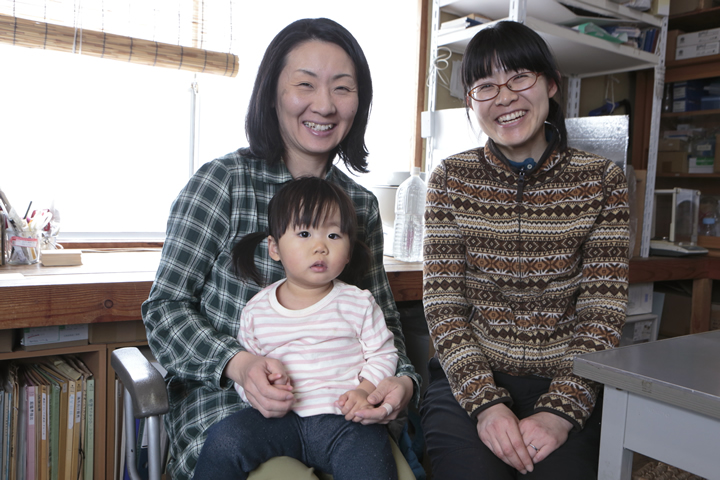 Fupunomori CEO Tanabe Marie, her eldest daughter Momi and, on the right, staff member Yasumatsuya Chise, who also moved to Shimokawa from Osaka.

Sakhalin firs are called hup in the Ainu language and are one of the trees that are so typical of Hokkaido. Fupunomori (Sakhalin fir forest) creates skin lotion, soap, hand cream, fragrance spray, candles and the like from the essential oils Sakhalin fir trees. 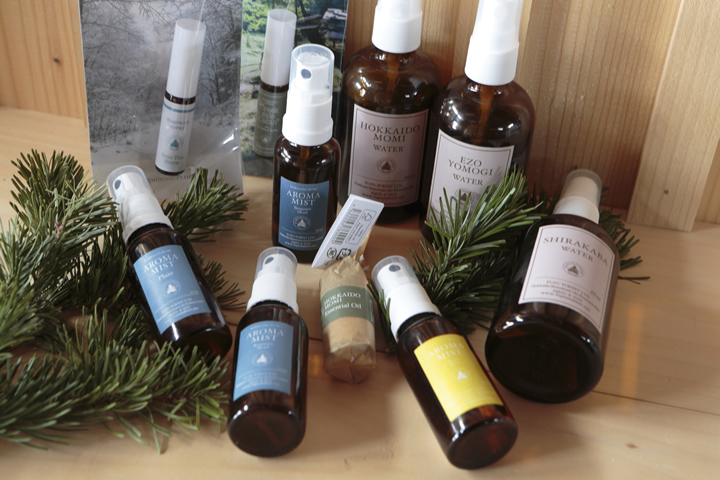 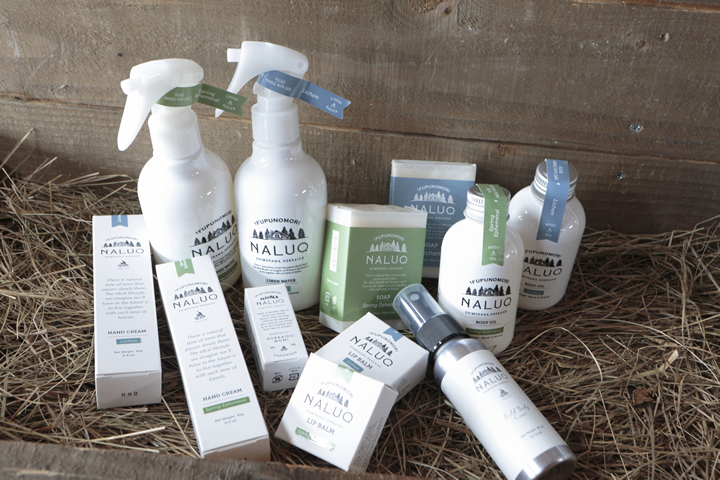 Products from the new NALUQ brand

The history of essential oil production in Shimokawa began in 1998. Until then, large amounts of branches and leaves that remain when the trees are felled were left in the forest. When thinking of ways to utilize all of the resources from the forest, at the time, the production of essential oils in Japan was rare. Shimokawa Forest Owners' Cooperative experimented and continued its research, and in 2001 created an essential oils plant, where it began producing essential oils. This work of the Forest Owners' Cooperative continued for six years, and led to Tanabe becoming involved. 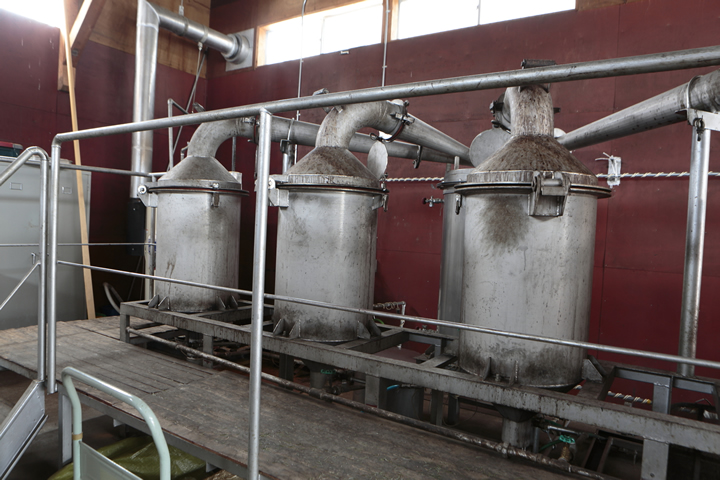 The distillation vats installed in 2001 are still in use. 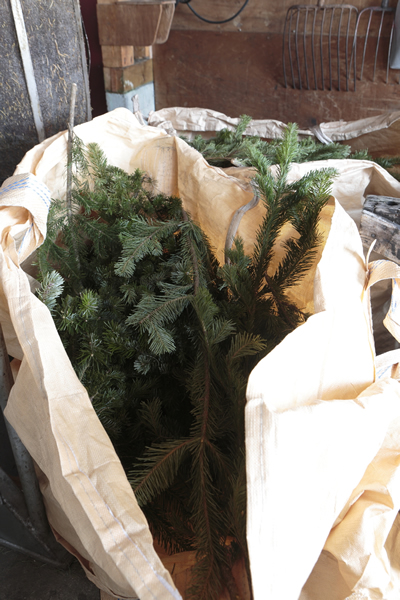 Takamatsu Hosei, who became director-general of the Shimokawa Tourist Association in October 2016, moved here from Tokyo after visiting the Shimokawa booth at a Hokkaido settlement fair.
"I saw the poster and the ‘sense of normalness' was good, so I decided to have a chat," says Takamatsu. Many regions were citing famous tourist spots but Shimokawa's poster showed everyday scenes from the town. Formerly a salesman for a manufacturer in Tokyo, Takamatsu decided to move to “expand my world in a new place.” His wife’s family’s home is in Higashikawa in Hokkaido, which also helped in getting her to agree to the move.
"Those who live in the town look forward to every day and believe their work is important in order to live a comfortable life. My role is to convey Shimokawa's appeal from the perspective of outside the town." 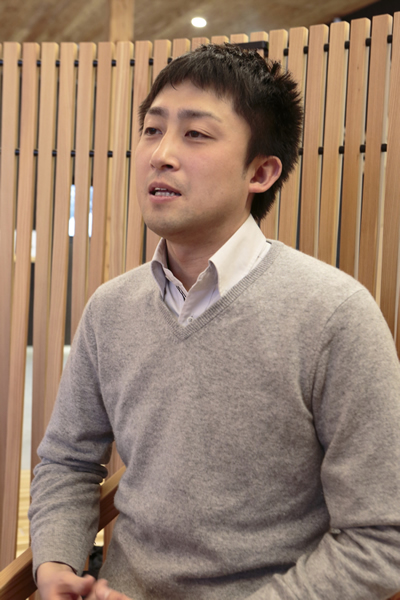 Takamatsu Hosei. "Shimokawa's appeal is in its people and I want to convey that appeal." 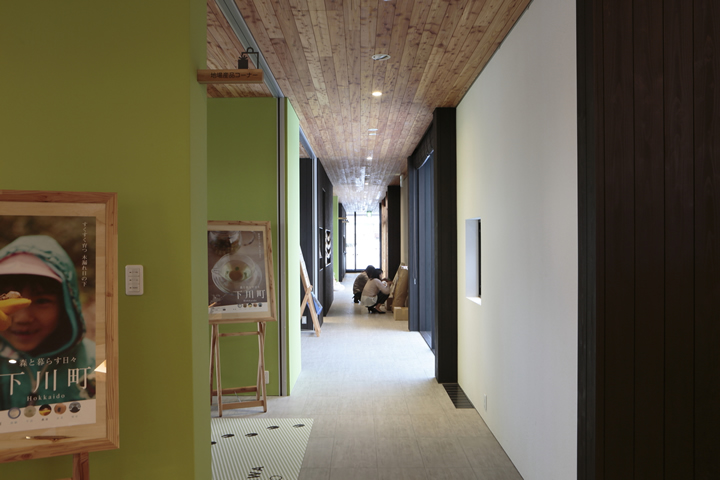 Komorebi, which also houses the tourist information desk, is a base for activity in the town. 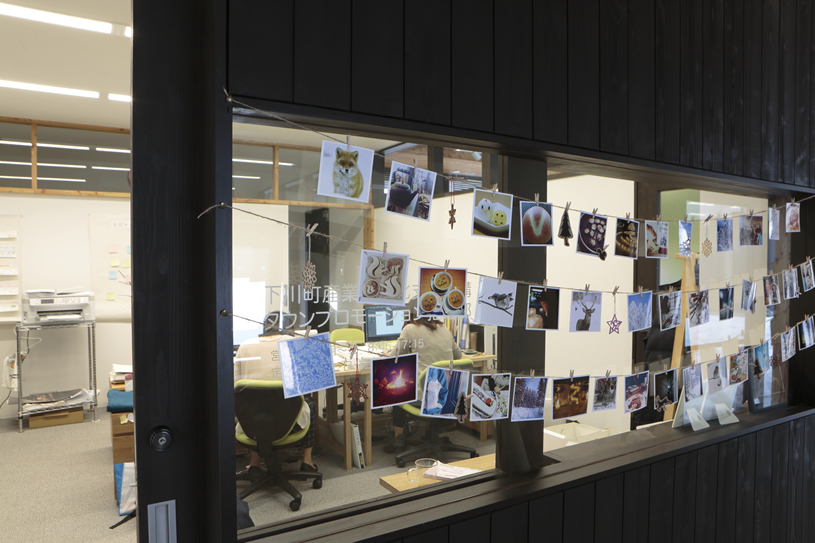 Various snapshots of the town decorate a section of Komorebi