| FEATURE ARTICLES | Winter is for Japanese sake, Hokkaido sake
Memories of the Sea of Japan that began with Kunimare -2 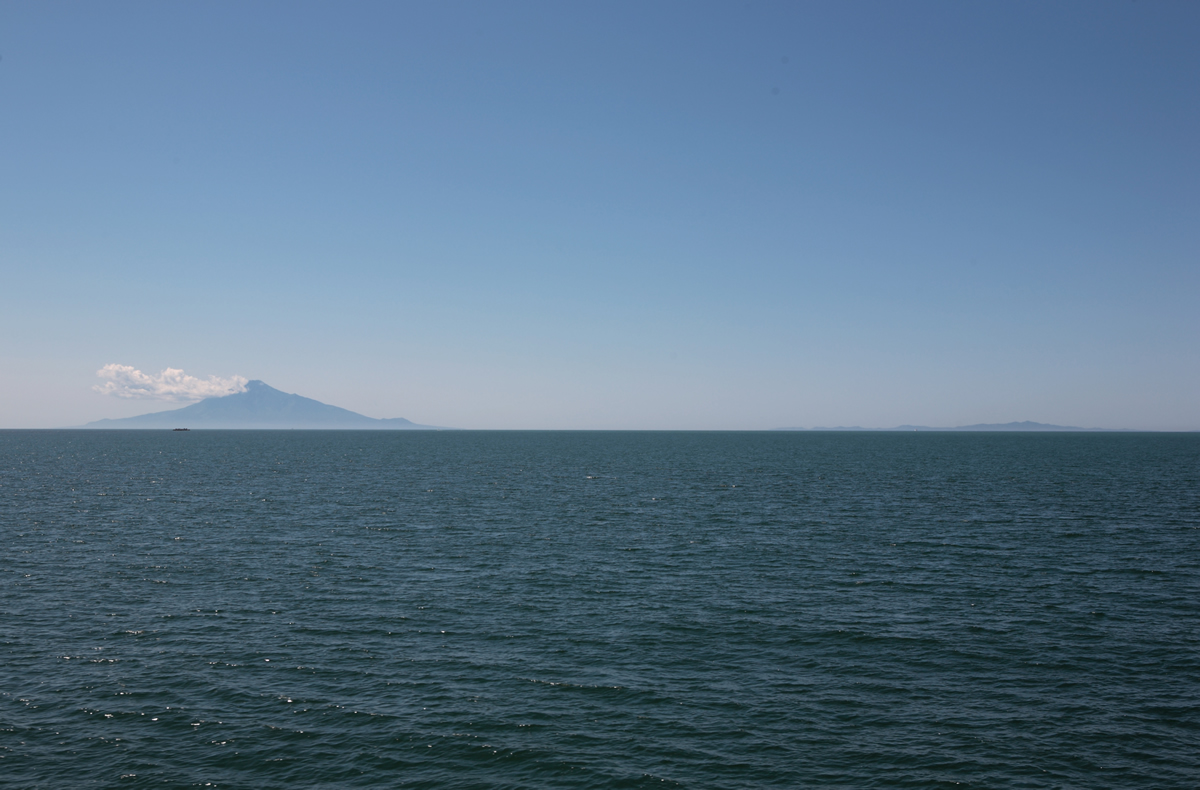 Let’s direct the spotlight on summer sea routes in the Sea of Japan 111 years ago. Our pilots are novelist Arishima Takeo, and Buddhist philosopher Inoue Enryo. What products from Hokkaido can we learn about from there?
Words by Taniguchi Masaharu
Translation by Xene Inc.

What Arishima Takeo saw in Mashike and Rumoi

Takeo Arishima (1878-1923), a future great writer, was headed for Mashike from Otaru by steamship with his father, Takeshi. It was the summer of August 10, 1907, when Takeo was 29 years old. He had returned from studying in the United States and Europe, and was on a trip before becoming an English teacher at the College of Agriculture, Tohoku Imperial University the following year,

The ship arrived in Mashike at eight in the morning. Those traveling with Takeo’s father were VIPs, such as the Home Minister, Director General of the Hokkaido Government, Chief of the Metropolitan Police, an official from the Home Ministry and a professor from Tokyo Imperial University.
After arriving in Mashike, the passengers looked around the town and then left for Rumoi at noon. The purpose of the trip was to inspect the construction plans for Rumoi Port. So they went up the Rumoi River towed by a steamship and looked over the mouth of the River from the side of the mountain. The inspection may have led to the approval of the construction plan for Rumoi Port.

That summer, Takeo was merely a young man socially speaking. After returning to Sapporo, his mother came up from Tokyo and the family left for Arishima Farm in present day Niseko Town. Takeo’s father owned the farm and had established the business. This visit was in preparation for Takeo to take over the Farm. 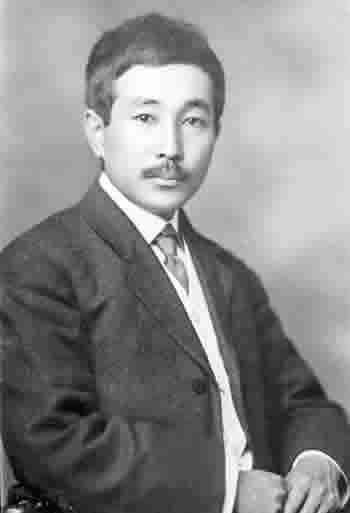 Arishima Takeo’s father, Arishima Takeshi was a former feudal retainer of the Satsuma Domain. Although he was originally a lower-ranking samurai, he became a bureaucrat in the Ministry of Finance and, soon thereafter served as the Director-General of the Customs and Tariff Bureau and head of the National Debt Bureau before becoming a businessman. He was granted lease of the vast land in Niseko at the turn of the century (Meiji Era 30s) and successfully started cultivating the area using many tenant farmers. He was given 450 hectares of farm land free of charge. Arishima Takeshi became the owner of a vast farmland and an absentee landlord. This is Arishima Farm.

The Act on Use of Undeveloped National Land in Hokkaido announced in 1897 granted the lease of large swaths of farmland to capitalists free of charge if the land could be successfully cultivated within a set time. Many absentee landlords appeared throughout Hokkaido, cultivating the land simply as a business venture. The issue between landlords and tenant farmers, as “the haves and the have-nots,” eventually drove Takeo to open up Arishima Farm (1922).

A brief look at the traveling party reveals that the Director General of the Hokkaido Government and the Chief of the Metropolitan Police were from Satsuma. Arishima Takeshi may have supported the inspection on the trip to Rumoi since the Director General of the Hokkaido Government was his junior at the Ministry of Finance and from the same province, and wanted the Home Minister to authorize the budget.

The administration of Hokkaido during the Meiji period was under the management of the Satsuma clan, centering on people such as Kuroda Kiyotaka and Nagayama Takeshiro.

Twenty days after Arishima and his party walked around Mashike. Buddhist philosopher Inoue Enryo (1858-1919) also visited the area. Enryo was from present day Nagaoka City, Niigata Prefecture. He founded the private Philosophy Academy, predecessor of Toyo University, From the late 1880s (Meji Era 20s), he delivered lectures to promulgate his ideals and collect donations for the establishment of specialized courses. 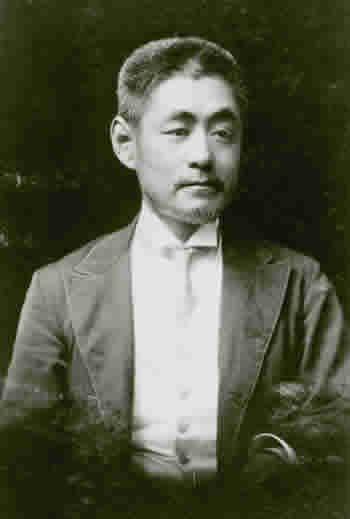 At 9 am in the morning, August 31, 1907, Enryo landed in Mashike. He delivered four lectures to 850 people in three days. Next, he rode to Rumoi by horse carriage. Enryo then went north to Haboro on horseback and traveled to Yagishiri Island by chartered Mahike-maru. Mashike-maru is a ship of Maruichi Honma (currently Kunimare Sake Brewery). Next he went to Rishiri Island by Hidaka-maru of Nippon Yusen, and from there, to Rebun Island via Wakkanai. In addition, he went to Esashi on the coast of the Sea of Okhotsk by ship and continued on to visit Mombetsu, Abashiri, Nemuro and Kushiro. According to his diary, he delivered his lectures 206 times at 115 places in 61 towns and villages on his trip to Hokkaido, with an audience of over 41,000 people.

Mashike-maru by which Enryo and his companions traveled from Mashike to Yagishiri connected Sado, the hometown of Honma Taizo, the founder of Maruichi Honma, and Mashike, and was designated by the Hokkaido Government as an “immigrant ship with discounted fares”. The ship most likely carried many immigrants to Hokkaido from Echigo (previous name of Niigata) and Sado Island since it offered a discount of 50% off the fare.

Although the Hakodate Great Fire occurred in 1907, Hokkaido seemed to have entered a new era as hope and energy appeared and disappeared. In September, the railway extended beyond Karikachi Pass, which divides Hokkaido into the east and west, connecting Hakodate, Sapporo, Asahikawa, Obihiro and Kushiro. The Japan Steel Works, Ltd. was also established in Muroran the same year. In addition, a Fishery Agreement was concluded between Japan and Russia, taking advantage of the victory in the Russo-Japanese War (1905), leading to full scale operations by the North Sea fisheries. In the decade following 1905, the population of Hokkaido increased by 719,000 people.

When the young man, Arishima came to Mashike, Hokkaido was also young and promising. Peering through Arishima’s trip as a doorway to Hokkaido, a cross-section of an island full of hope in the late Meiji period is revealed. 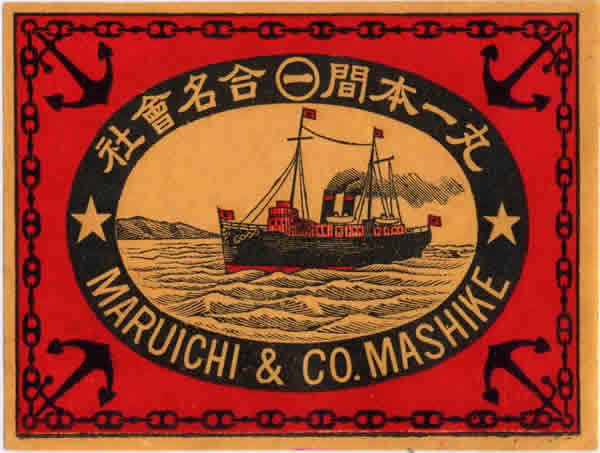