| FEATURE ARTICLES | Winter is for Japanese sake, Hokkaido sake
Memories of the Sea of Japan that began with Kunimare -3

The era of Honma Kimi 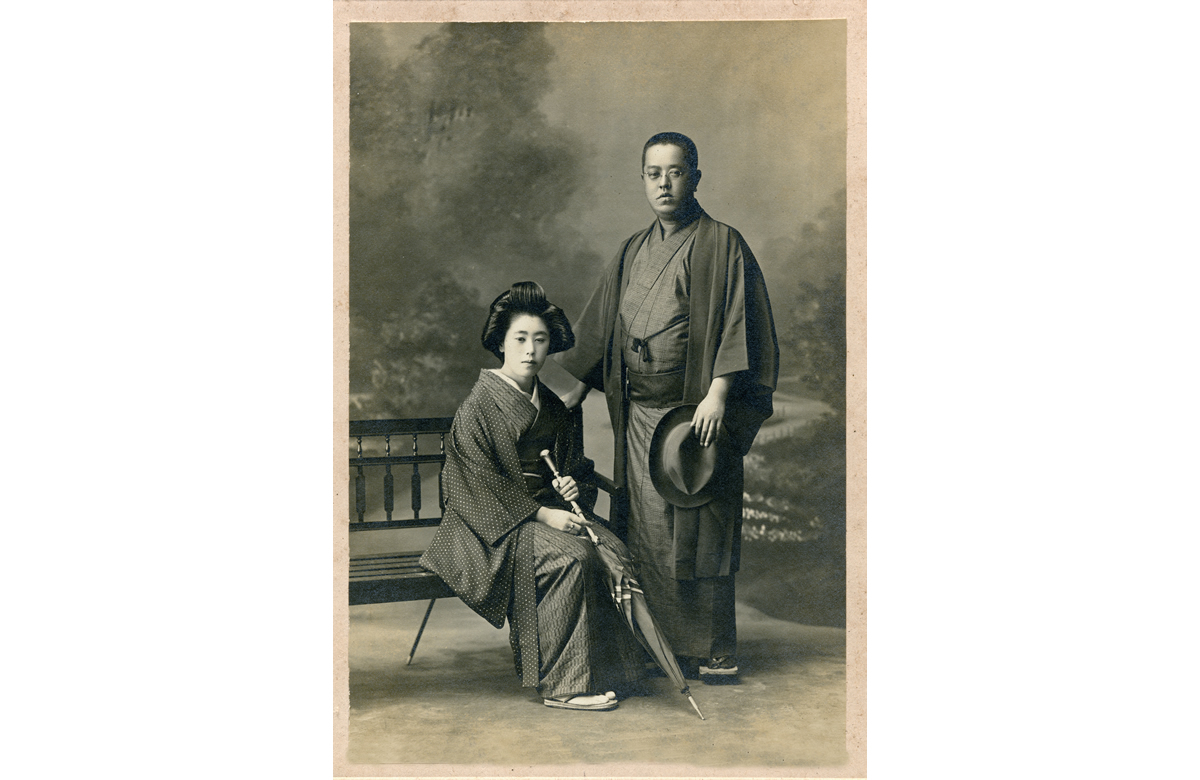 The second generation of Maruichi Honma: Honma Taisuke and Kimi

In 1910, Maruichi Honma (presently Kunimare Sake Brewery) welcomed a bride from southern Hokkaido: Kimi, born from the family line of the chief retainer of the former Matsumae clan.
Words by Taniguchi Masaharu
Translation by Xene Inc.

Honma Sakura, manager of the Planning Office at Kunimare Sake Brewery Ltd, speaks of her grandmother. “Thinking of Kimi makes me realize how closely I am involved with Japanese history from the bakumatsu (end of the Tokugawa shogunate) to the Meiji period.” Her elder sister, Hayashi Kaori, who is a director of the company, also says that she still feels close to Kimi. During the turbulent times of the Meiji, Taisho, and Showa periods, it was Honma Kimi (1891-1968) who shaped Kunimare into the business we know today.

Honma Kimi was the wife of Honma Taisuke, the second generation head of Maruichi Honma (now Kunimare Sake Brewery). Her parents’ home was part of the Shimoguni family, located in southern Hokkaido, in an area which is now in the city of Hokuto. As karo (chief retainer) of the Matsumae domain, the Shimoguni family was deeply involved in administration of the domain.

Kimi was born in 1891 in an area that now within the city of Hokuto. She had two elder brothers. After graduating from a girls’ high school in Hakodate, it is said that she taught children near her family’s home.

On the other hand, Honma Taizo, founder of Maruichi Honma, had three children with his wife Chie, and Kimi was the wife of his eldest son, Honma Taisuke.

In 1910, Taisuke fully dressed one of his company’s ships, and sailed to Nanae beach to meet his new wife. Kimi was nineteen years of age. Great numbers of onlookers gathered at the beach, forming a crowd. Even in Mashike, curiosity and anticipation built about the wife to be welcomed by the Honma family. As soon as the ship entered port, the wedding ceremony was held, together with five magnificent receptions spanning four days.

While she was a bride from a former chief retainer’s family, Kimi’s dowry was meager. One of the items can be seen on display at a local history museum in Mashike. It is a single naginata polearm. Its sheath bears the crest of the Shimoguni family. 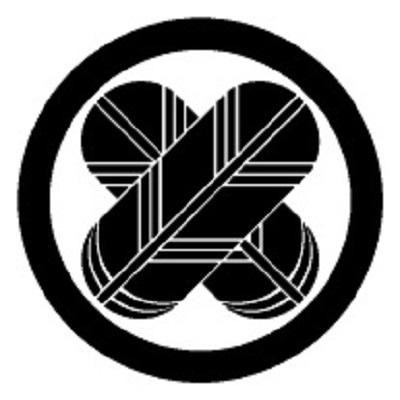 Chiyo, Taizo’s daughter and Taisuke’s younger sister, was married at the beginning of the Taisho period and gave birth to one son. Sadly, Chiyo soon passed away. This child was Honma Kazuo, who would open Japan’s first braille library. Taisuke and Kimi were not blessed with children, and so they took in Kazuo as their own child. However, at the age of five, Kazuo suffered an illness which took away his sight. Kimi stopped at nothing to restore Kazuo’s sight, sparing no expense and even bringing him to Tokyo to be treated by a renowned doctor. Alas, her wishes did not come true. 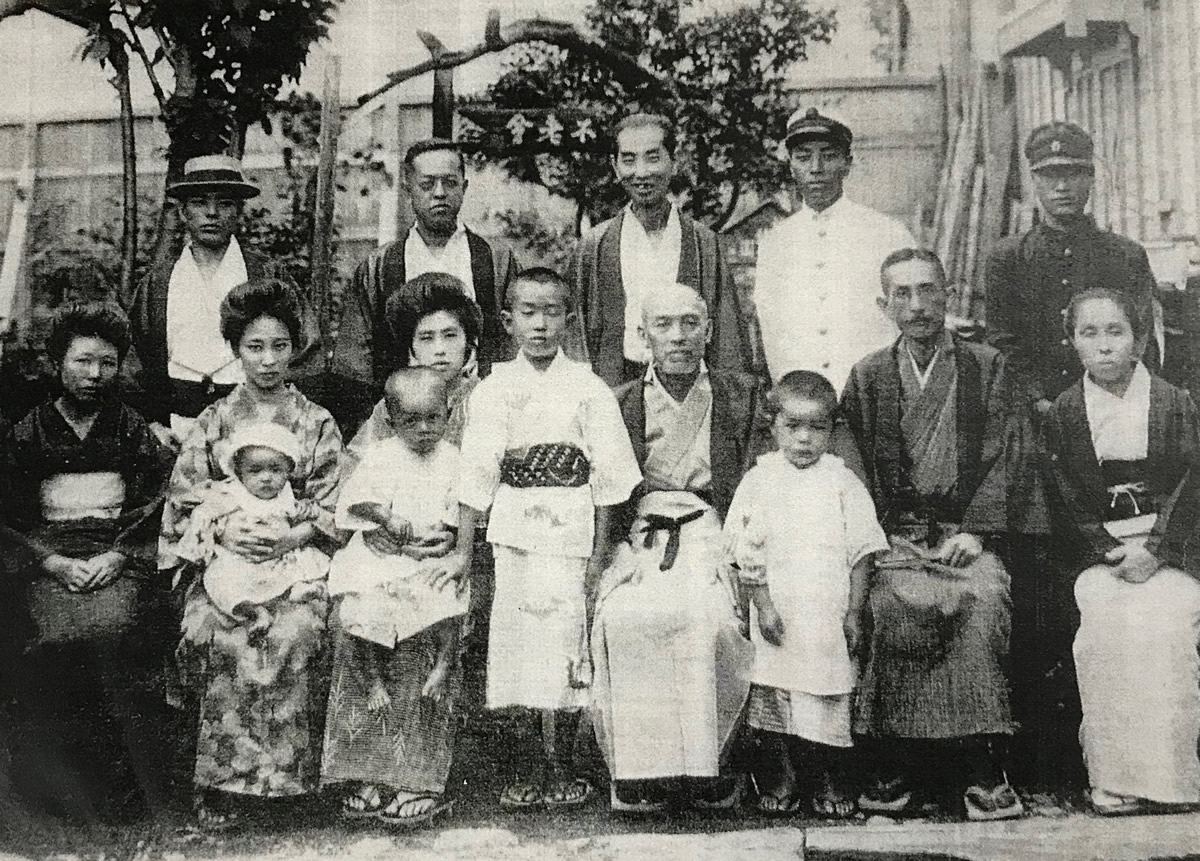 The Honma family. Honma Taizo is in the middle, Kimi and Kazuo are to the left of Taizo, and behind Kimi is Taisuke.

Kazuo studied at a blind school in Hakodate. There, learning braille was an immense joy to Kazuo. Since a young age, he had always loved having books read to him. Braille allowed him to read by himself whenever he liked, but few books were available in braille. He dreamed of making braille versions of classic and modern masterpieces of literature, and one day opening a library to house a collection of these books. As Kazuo grew up, these dreams grew to fill his heart.

Later, Kazuo furthered his studies at Kansei Gakuin University. At the time, this was one of Japan’s few higher education venues to open its doors to visually impaired students. After graduation, Kazuo worked at a facility for the visually impaired in Tokyo. In 1940, with the support of his head family, he opened Japan’s first braille library in Tokyo, based on his personal book collection.

As a future successor to his business, Taisuke adopted his nephew (second son of his younger brother). This was Honma Taiji, who served as mayor of Mashike after the father of Honma Sakura and Hayashi Kaori.

In 1925, Taisuke took over as the second generation business head, but in 1928, the year after the death of the business founder, Taizo, Taisuke also passed away.

Following the death of her husband, Taisuke, Kimi guided the operation of Maruichi Honma for 40 years, until Taiji took post as company representative in 1968. Over that time, she implemented concentration and selection of business operations. Following Taisuke’s death, Maruichi Honma promptly ceased its dry goods and shipping businesses, and in the years following 1955, as herring catches plummeted, the company withdrew from its fishing business. Kimi orchestrated the great retreat strategy which led the company to its present-day specialization as a sake brewery. In that sense, it was Kimi who created the Kunimare Brewery that we know today, a history which is keenly felt by all at the brewery. Kimi was renowned for her sensitivity to the changing workings of the world. In 1968, the year that she handed over the position of company representative to Taiji, Kimi’s life came to an end at the age of 76 years. This year also marked the 100th year since Japanese settlers came to Hokkaido following the establishment of the Meiji government. Each cup of Kunimare sake is steeped in the history of the marriage from a noble samurai family into a newly-risen merchant family, and their endeavors to face the challenges of this new era. 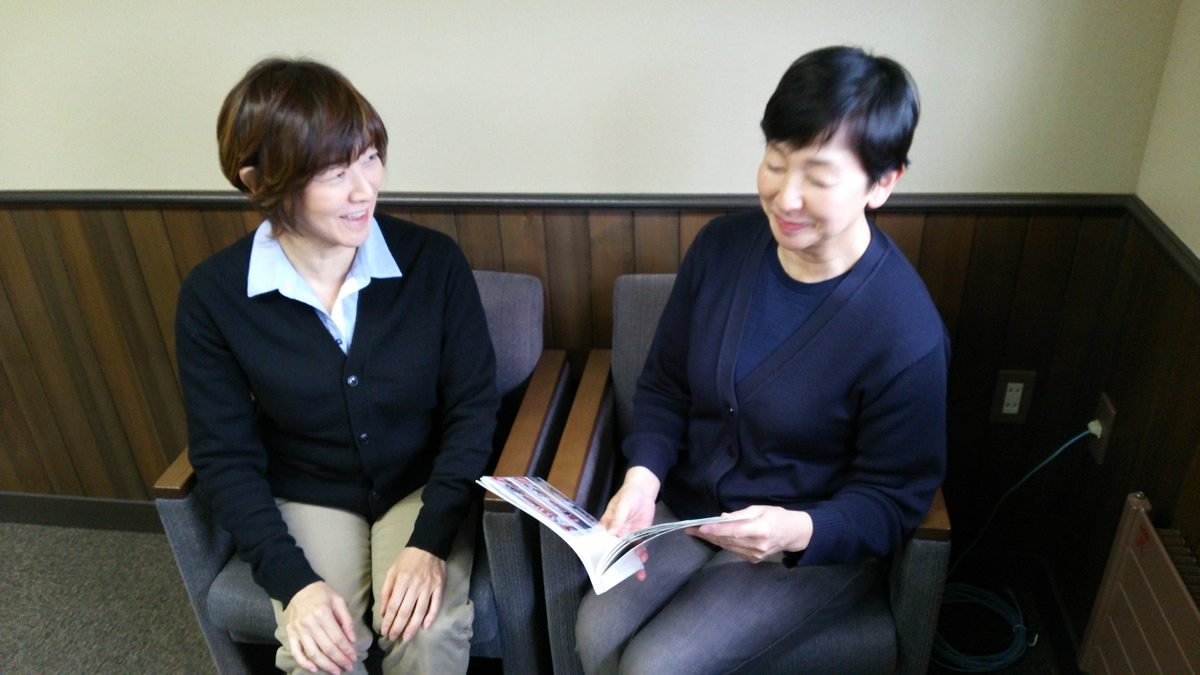 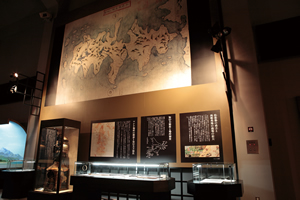