The Nagayama Residence is old but new 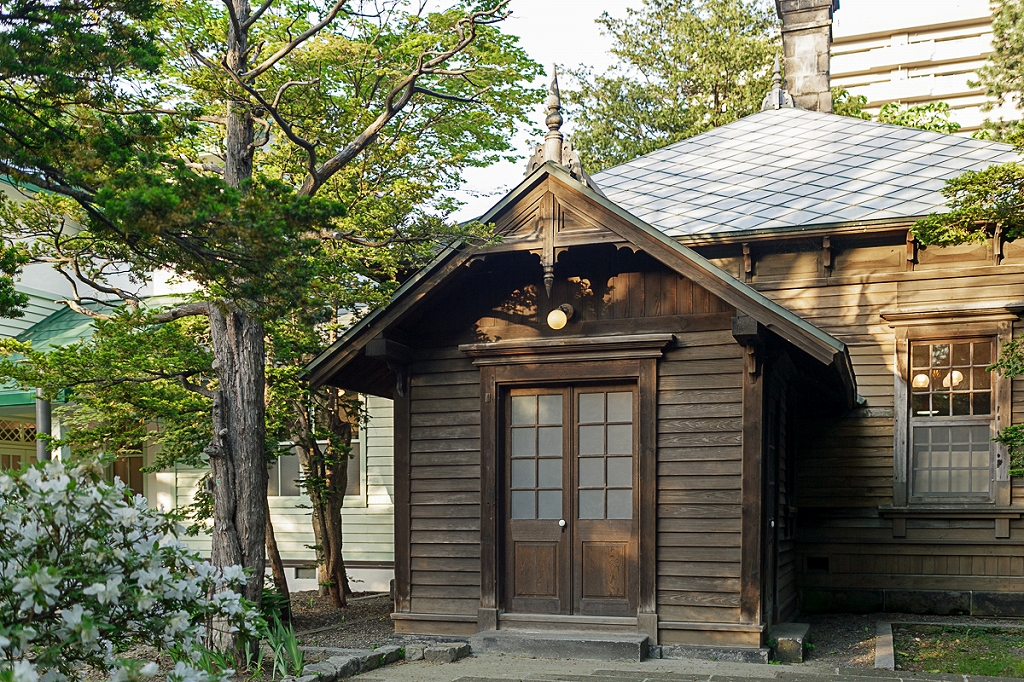 The Nagayama Takeshiro Residence, located to the east of Sapporo Factory

The Nagayama Residence was built in the early part of 1877 and provided a base for Nagayama – originally from Kagoshima – for more than 20 years from when it was built until he died.
The house expresses Nagayama’s resolution to live as a resident of Hokkaido. 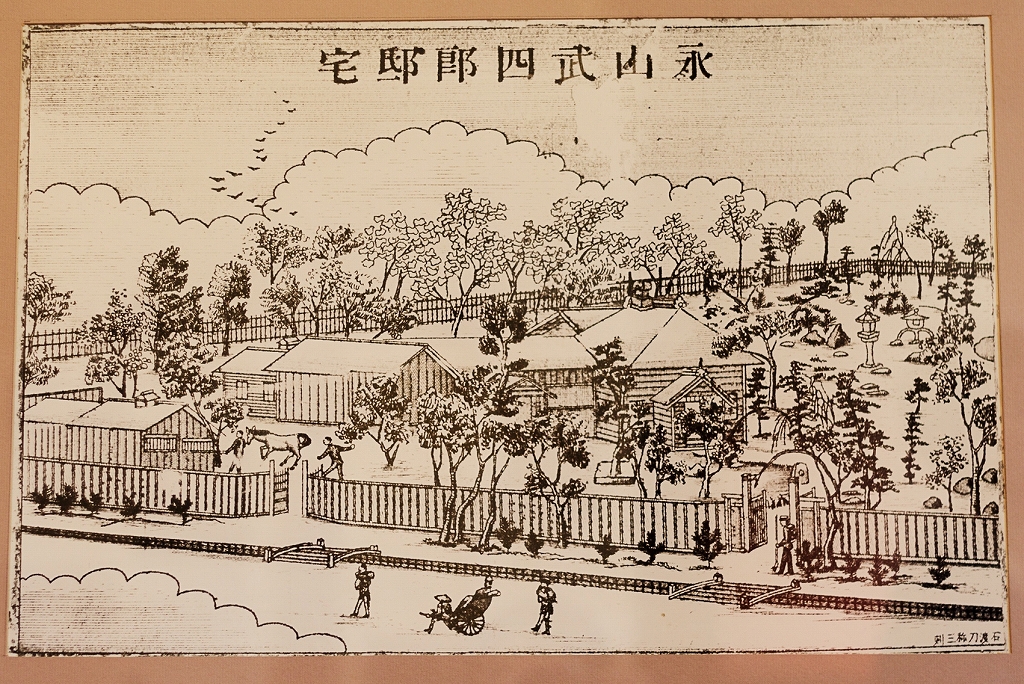 An illustration from a catalogue of Sapporo’s prosperity (published in 1887). The road in the foreground is what is now Kita 3-jo-dori.

The intention behind the blend of Japanese and Western styles

Look again at the Former Nagayama Takeshiro Residence and you will notice it differs from the image in the illustration. The current Former Nagayama Residence is just part of the building that existed in the past. Now, the part to the left is an extension that was added, which housed a dormitory for the employees of the Mitsubishi Mining Co., Ltd. 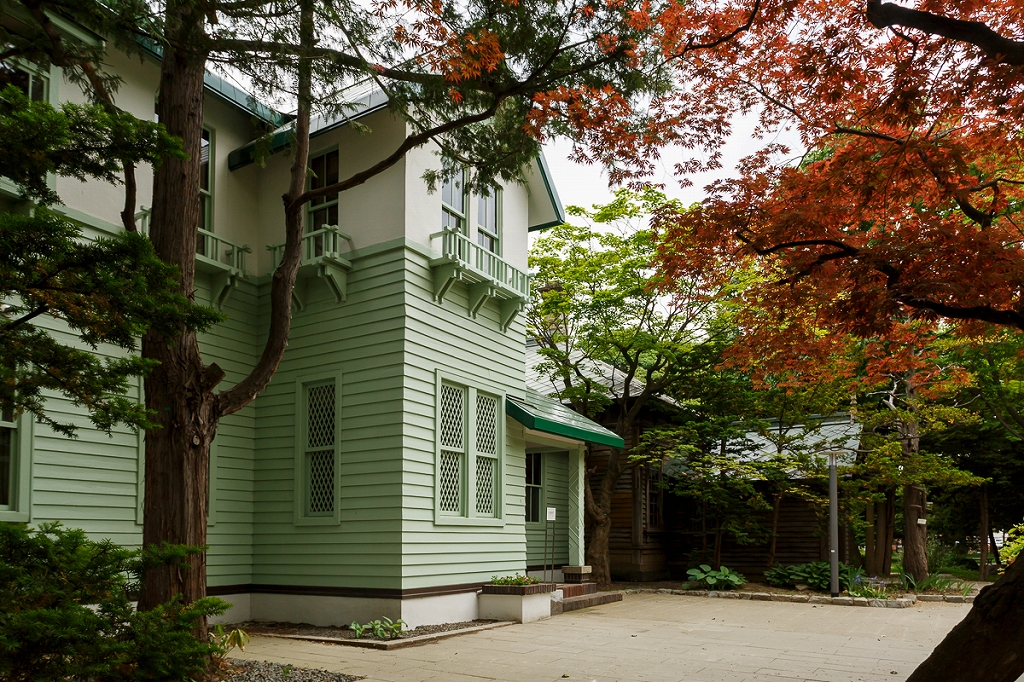 According to Kado Yukihiro, Representative Director of the Research Institute for Historical Heritage, “The most appealing characteristic is the direct link between its Japanese and Western styles.” 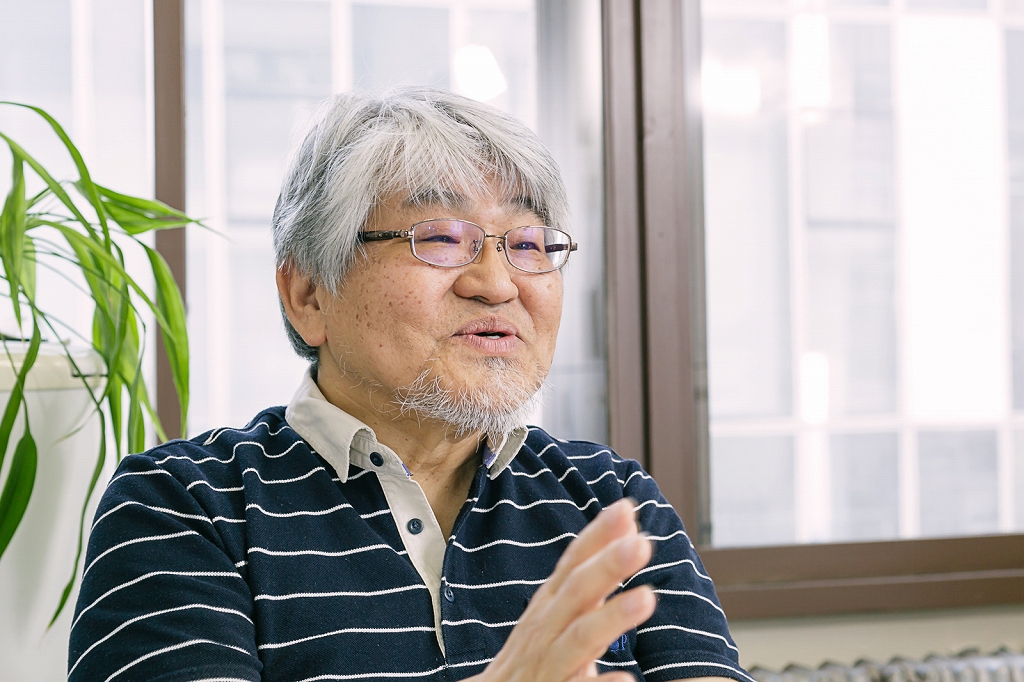 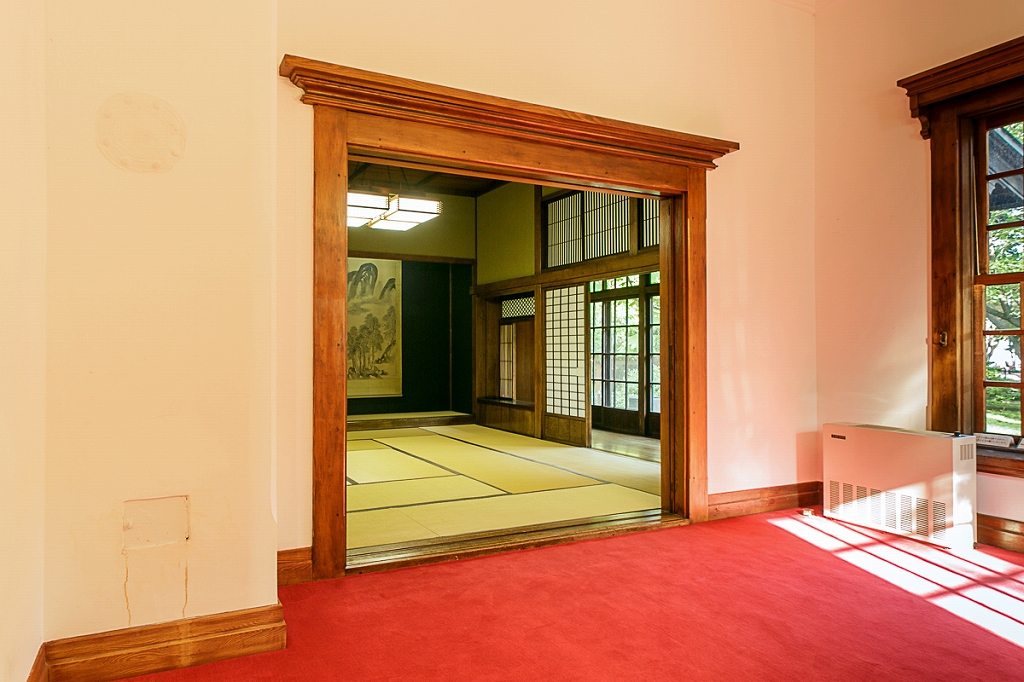 “The designs of the picture frames near the opening of the Japanese-style room are so novel, it is said that such examples cannot be found elsewhere,” says Kado.

It is said that the Development Commission wanted to try and introduce a Russian-style cold-weather-region house but, for some reason, there is only one Western-style room.

“Maybe Nagayama thought that making it all Western-style would be difficult. The official residences with Western-style architecture based on lifestyles in which shoes were not taken off in the house, did not have genkans (Japanese-style entrances) but they actually took off their shoes as they entered. The Nagayama Residence had a step-like genkan. Both Japanese and Western aspects were necessary in his lifestyle, but he didn’t know how to take in these aspects. Therefore, the concept of linking them directly is currently quite a novel architectural element.” 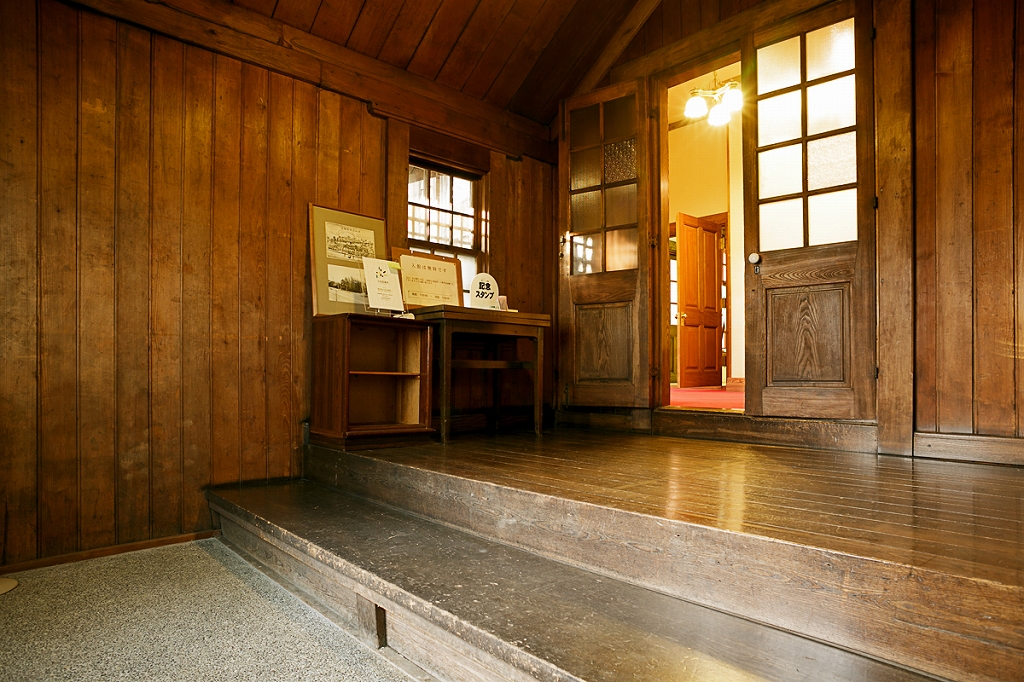 The floorboarded steps are a feature of a Japanese-style genkan

The mystery of the medallion

If you ever get the chance to visit the Nagayama Residence, take a look at the ceiling of the drawing room, where you will see a 3-D façade known as a medallion. The one in the Former Nagayama Residence has a maple leaf pattern.
Two more historical structures in the city of Sapporo – Hoheikan and Seika-tei – feature similar medallions. 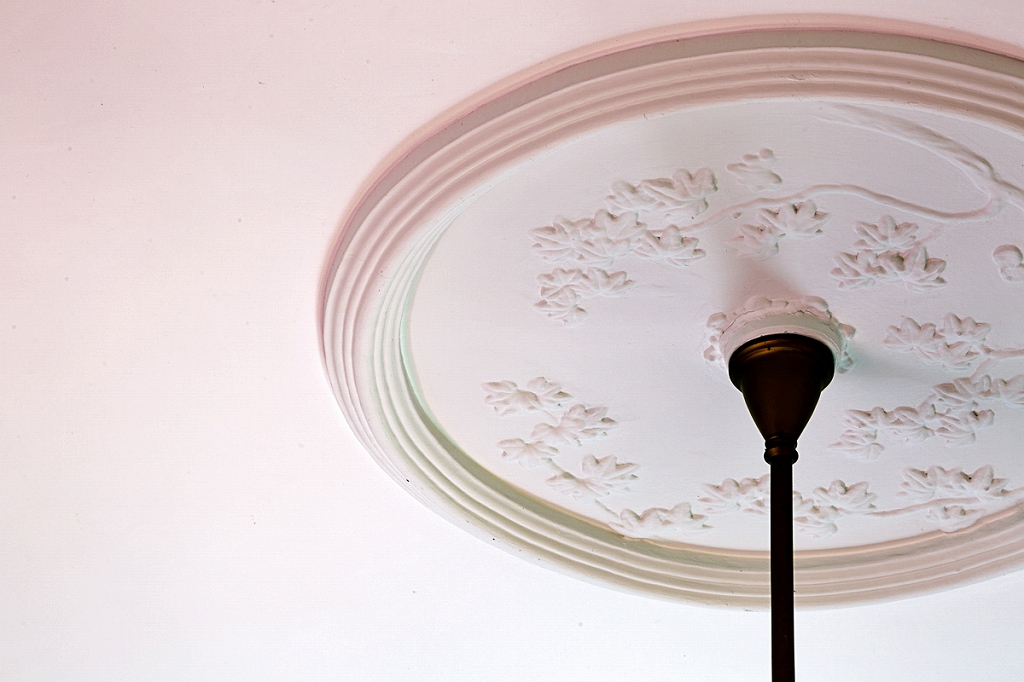 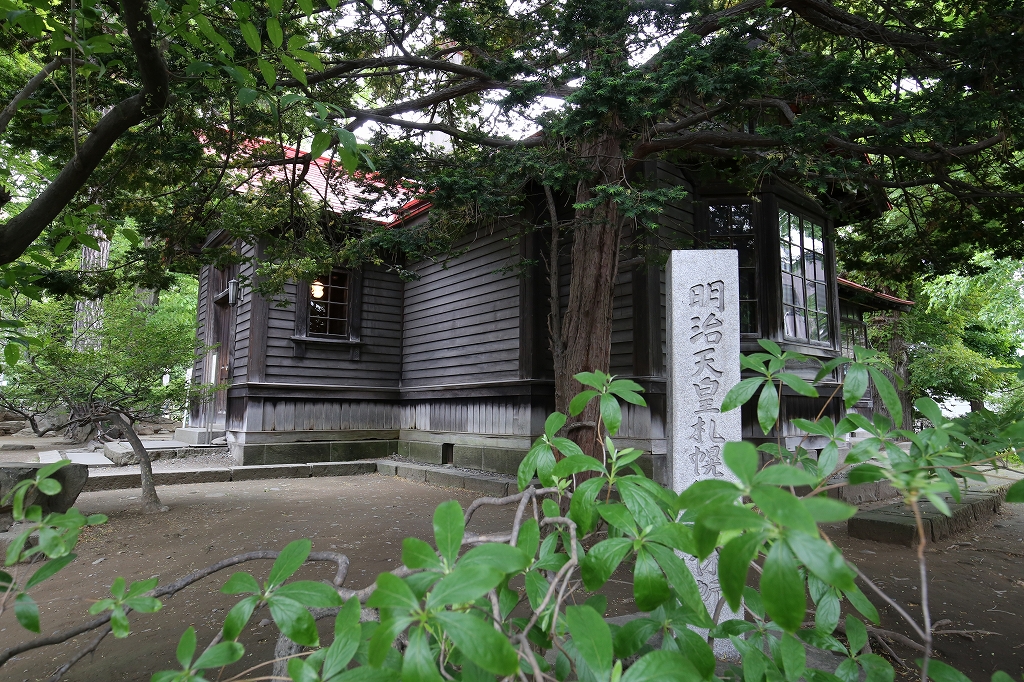 Seika-tei is similar to the Former Nagayama Residence, not only in terms of the medallion but also with regard to the exterior design and architectural style. From these common points, the report of a survey carried out in 1985 summarized that “along with the Former Nagayama Residence, the two facilities were probably both constructed in the same year, in 1880.”
“There is no conclusive evidence but it is probably correct. At the time, the Development Commission was in its heyday. If you consider that such excellent engineers supported the construction of the Nagayama Residence, its solid construction makes sense.”