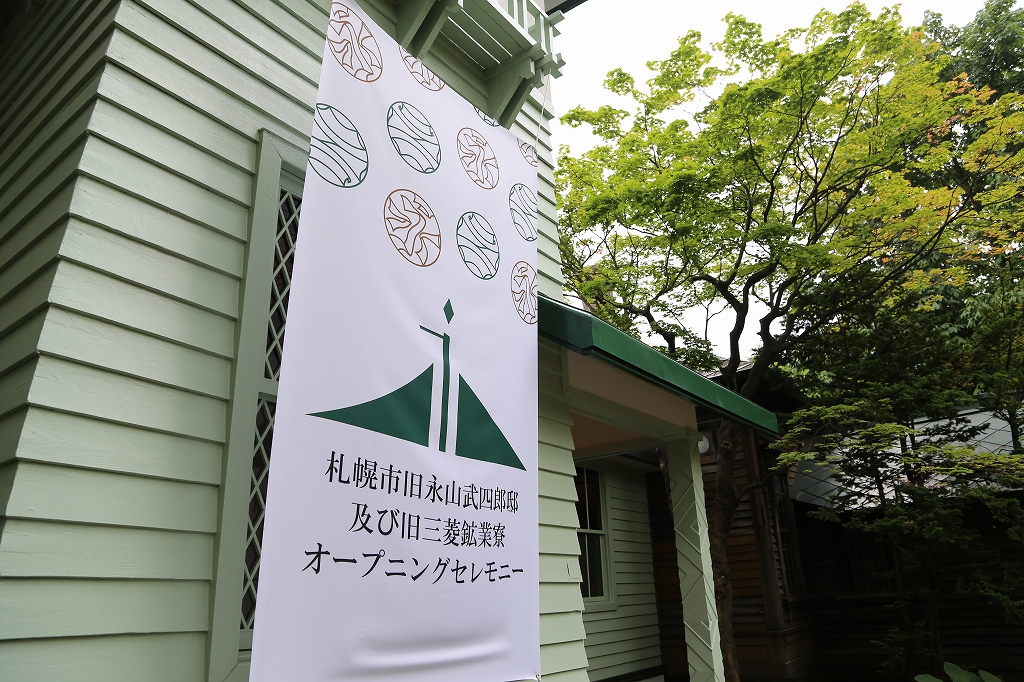 Newly opened on June 23, after refurbishment (Photograph by Ida Yukitaka)

After refurbishment, the newly opened Former Nagayama Takeshiro Residence and Former Mitsubishi Mining Company Dormitory includes a café and can be enjoyed by many people. But what are the charms that become evident when you spend time there?
Words by Aratame Nanae
Photographs by Kurose Michio
Translation by Xene Inc.

The aims of Nagayama Rest

The Development Commission proactively incorporated Western culture and, likewise, Nagayama too, probably enjoyed Western-style food in Sapporo.
Nagayama Rest, the newly established café-restaurant on the 1st floor of the Former Mitsubishi Mining Company Dormitory offers Western-style dishes based on those from the era in which Nagayama lived, as well as contemporary sweets. The café is based on a “combined Western/Japanese-style coffee shop” concept that reflects the characteristics of the Former Nagayama Residence. 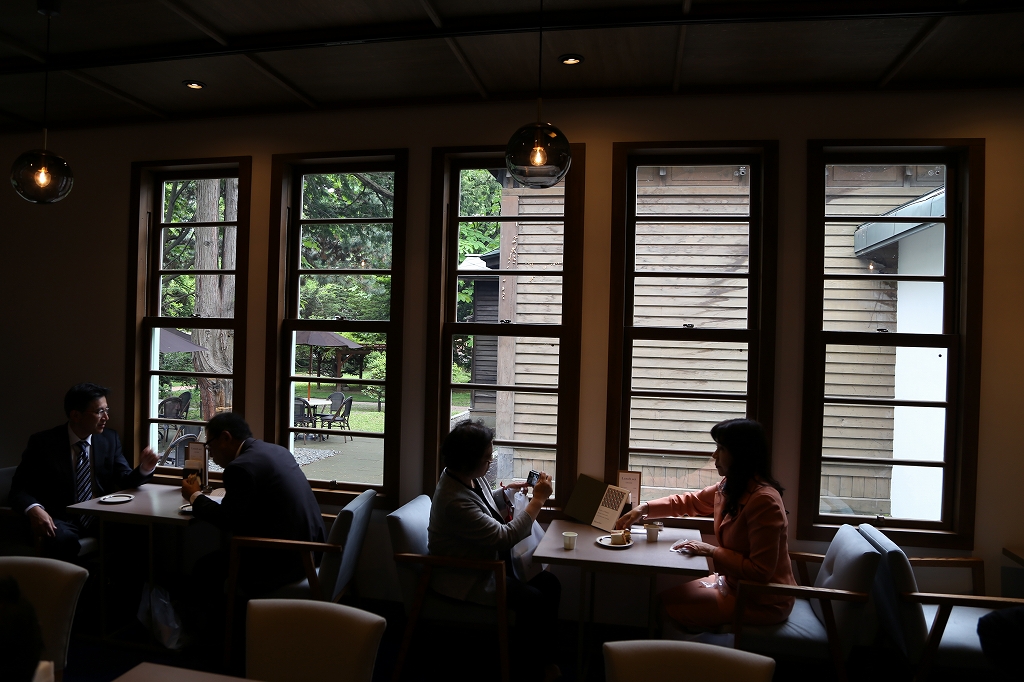 The aim of Nagayama Rest is not just a café within the Former Nagayama Residence.
According to creative director Nomura, “We want Nagayama Rest to become a destination where, if they go there, customers realize it is a cultural asset.” 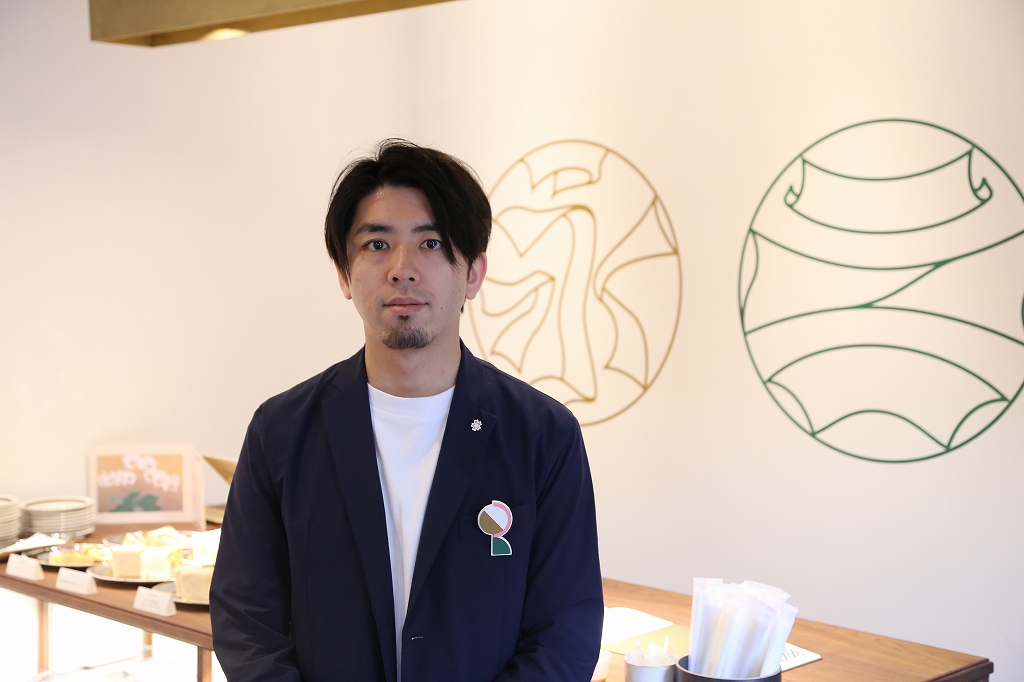 Nomura hopes to link this cultural asset with the future, through the interaction of people. (Photograph by Ida Yukitaka)

The year before the Former Nagayama Takeshiro Residence was built in 1880, The Horonai Coalmine – Hokkaido’s first contemporary coalmine – was opened in what is now the city of Mikasa. Three years after opening, in 1882, the entire Horonai Railway was opened for the purpose of transporting the coal. As a result of the Railway Nationalization Act of 1906, the conglomerates flocked to Hokkaido to embark upon the development of the railways.

In 1991, the Mitsubishi Mining Company purchased the Former Nagayama Residence as the base for its expansion into Hokkaido and built a dormitory next door in 1937. 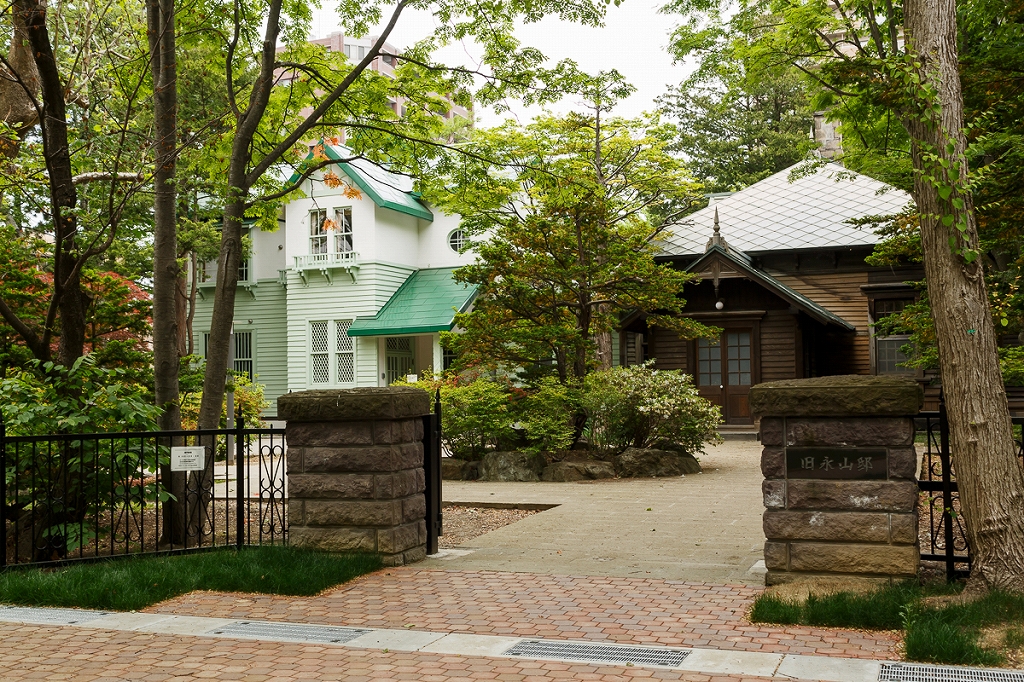 Since the Manchurian Incident in 1931, it had been the boom period for the coal industry. The flamboyant and luxurious feel of the late 1920s and ‘30s can be felt throughout the building. 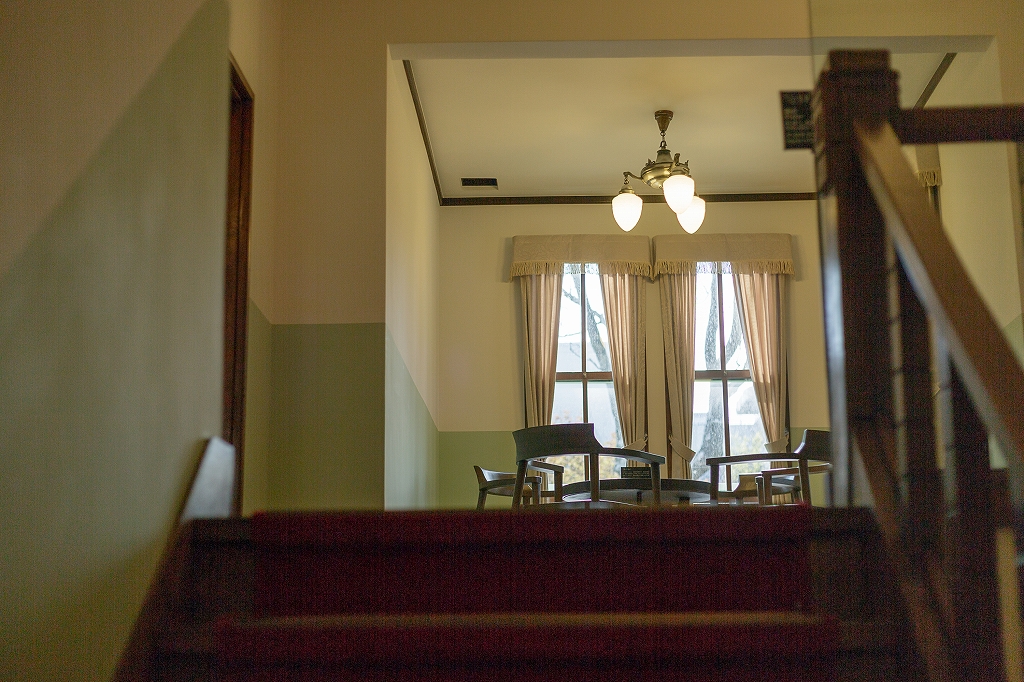 At the top of the stairs is a hall 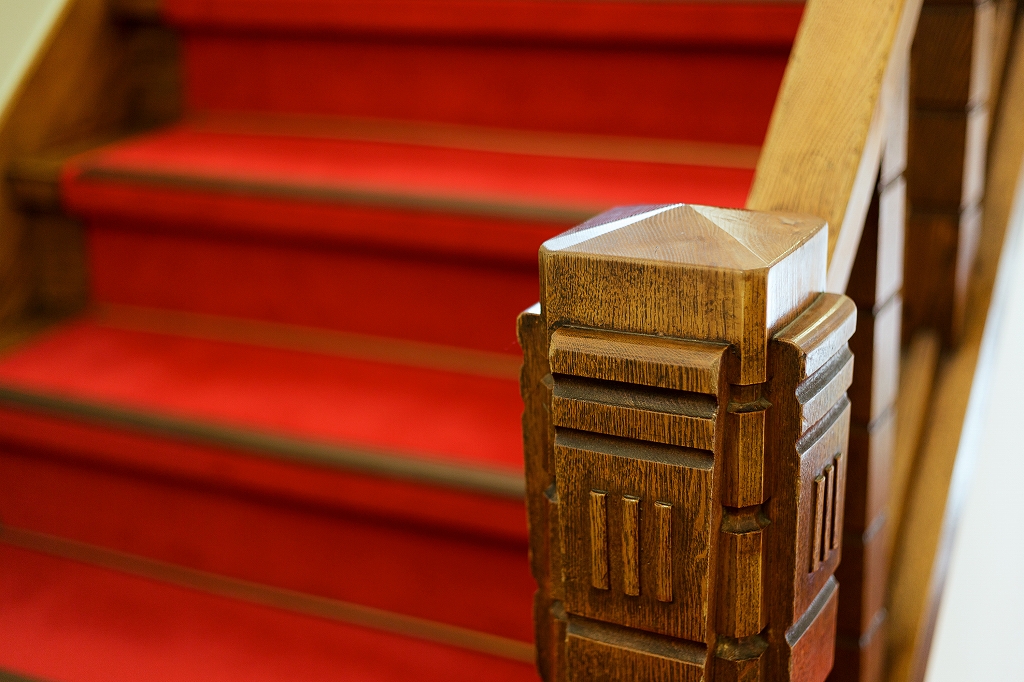 The detailed decorations on the handrails are an interesting feature

The coal industry prompted the establishment and maintenance of railways and ports, and coal was the energy that fueled Hokkaido’s development. It was probably the next step to the development of Hokkaido undertaken by the Tonden-hei (farmer soldiers) on which Nagayama staked his life.

The Former Mitsubishi Mining Company Dormitory is a precious heritage packed with mementoes of the mining era. This exists in central Sapporo and, because it is located next to the Former Nagayama Residence with its links to Hokkaido’s development, it evokes mysterious, deep feelings.

After its refurbishment, the 2nd floor of the Former Mitsubishi Mining Company Dormitory offers three Japanese-style rooms that can be rented for events, as well as an exhibition space and reading space. 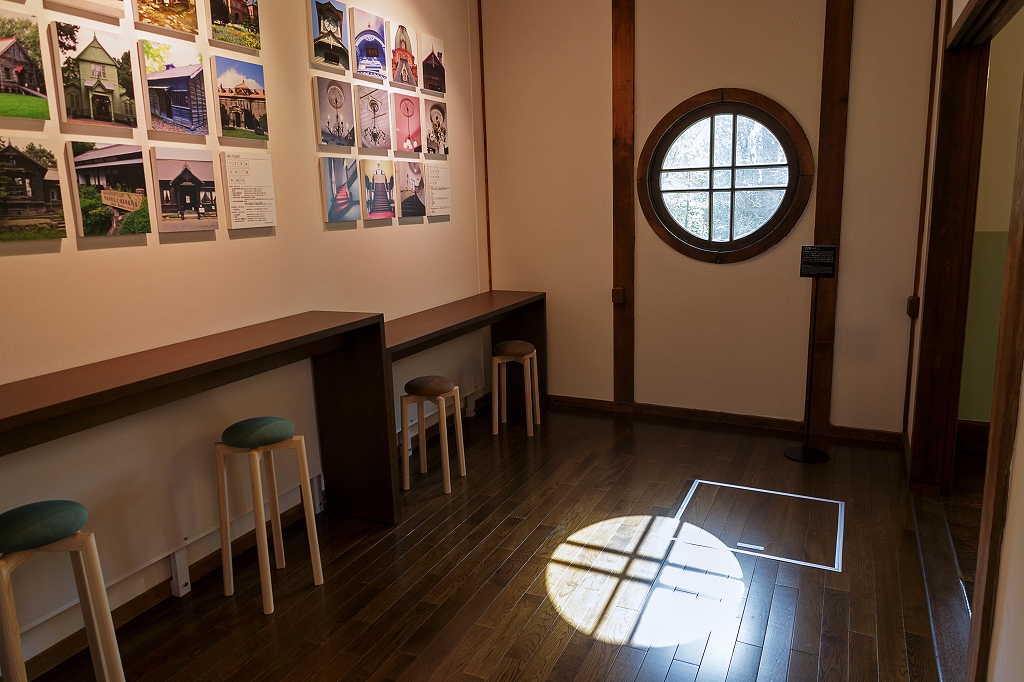 An exhibition space for photos and pictures 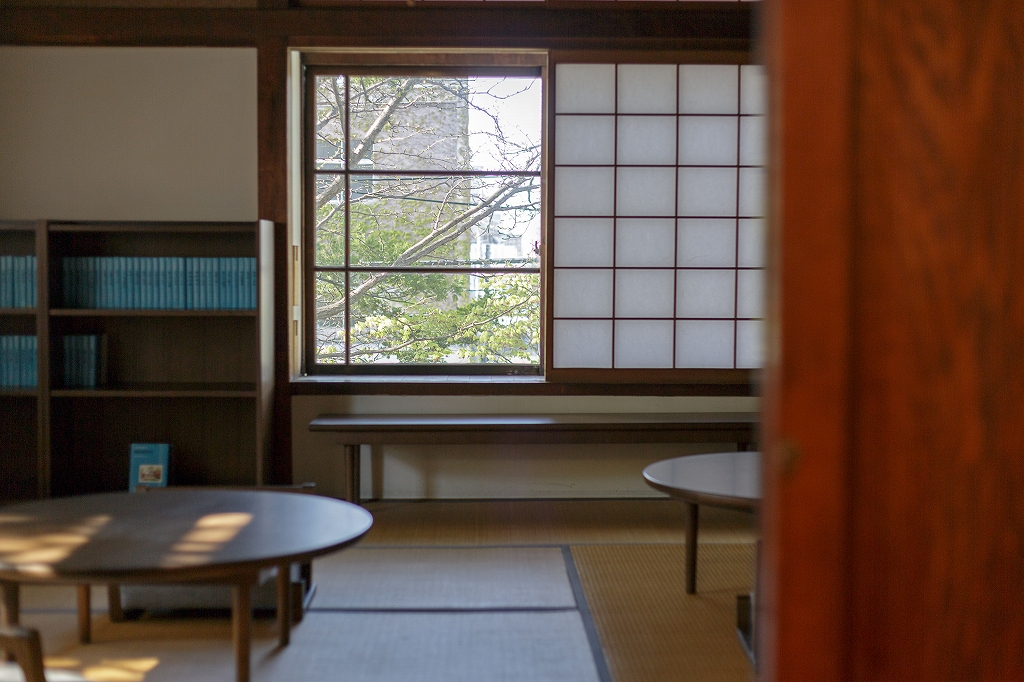 The Former Nagayama Residence is located next to Sapporo Factory and, with the Nagayama Memorial Park nearby, there are many children in the area.
“If different generations visit the Former Nagayama Residence, it will become an attractive space with a fusion of locals and historic elements,” says Kado Yukihiro, who is involved in the preservation and utilization of historical structures in Hokkaido.

Whether or not the Former Nagayama Residence can become a historic and cultural spot Sapporo can be proud of depends on those of us who play, gather and participate in activities there.