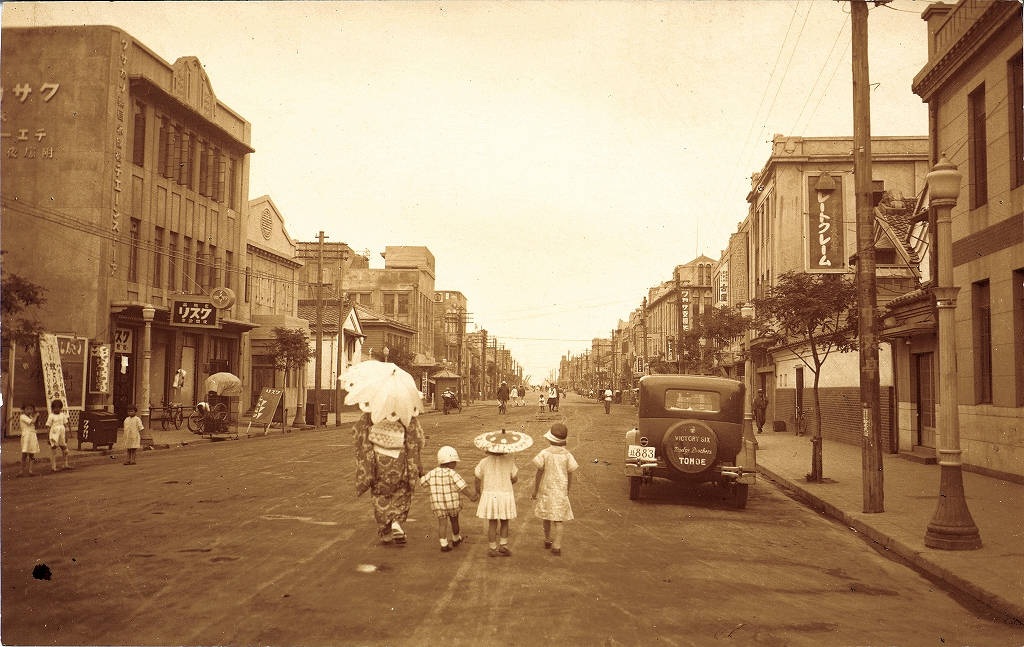 As Hakodate developed into an international trading port in the late Meiji Period, it quickly started using concrete to build its infrastructure. A citizens’ group has begun to take advantage of the city’s concrete culture to promote tourism.
Words by Inoue Yumi
Photographs by Ida Yukitaka
Translation by Xene Inc.

The “would-be” first waterworks in Japan

Hakodate built Japan’s second waterworks following the first that was constructed in Yokohama, but it was actually planned far earlier than the Yokohama system. Nunomura Shigeki, manager of a construction consulting firm in Hakodate and chairman of the citizens’ group, GRHABIP, has described this process. “Construction was postponed following the massive fire of 1879, then a later plan was delayed by another major fire. On the third try, it was completed in 1889. The population of Hakodate almost tripled from 45,000 to 150,000 in approximately 40 years, and the waterworks was completed based on specifications set considering this rapid population growth.”
The superiority of Hakodate’s waterworks that was repeatedly redesigned is proven by the fact that it is still in service today.
Nunomura has also commented, “It could supply the urbanized district without consuming any energy by taking advantage of the elevation difference. This teaches us that a long-term perspective is an essential part of infrastructure planning”. 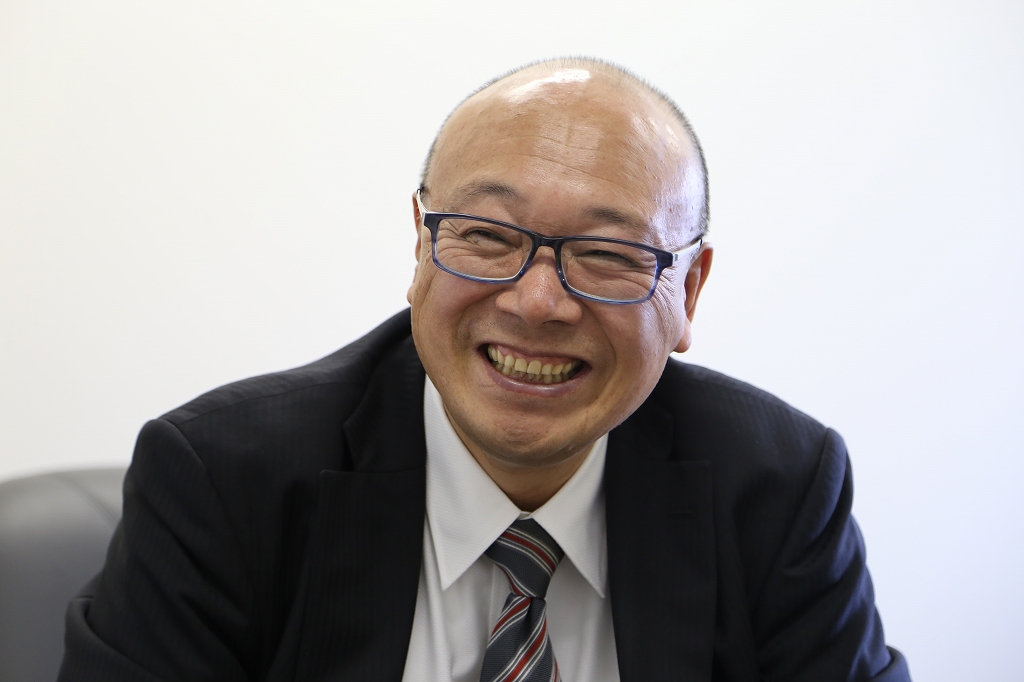 There is even a concrete Buddhist Temple

As a city exposed to strong winds, Hakodate has experienced many fires. From the last years of feudal rule in the 1860s until the early 1920s, the city suffered from an average of 1 large fire every 2 years. As a result, the people of the city yearned for buildings that would not burn down.
A series of concrete buildings which were extremely expensive to construct at that time appeared one after another. They included the Buddhist temple, Higashi Honganji Hakodate Betsuin that was burned to the ground by fire several times, then became Japan’s first reinforced concrete temple when it was reconstructed in 1915, Japan’s oldest concrete utility poles that were installed in 1923, and concrete buildings that lined the downtown shopping and amusement streets.
This owes a great deal to the influence of Hiroi Isami who has been called the father of modern civil engineering. Nunomura said, “Hiroi is well-known as the engineer who designed Japan’s first concrete breakwater in Otaru Port, but even before the Otaru breakwater was built, he constructed the Funairima Breakwater in Hakodate”. 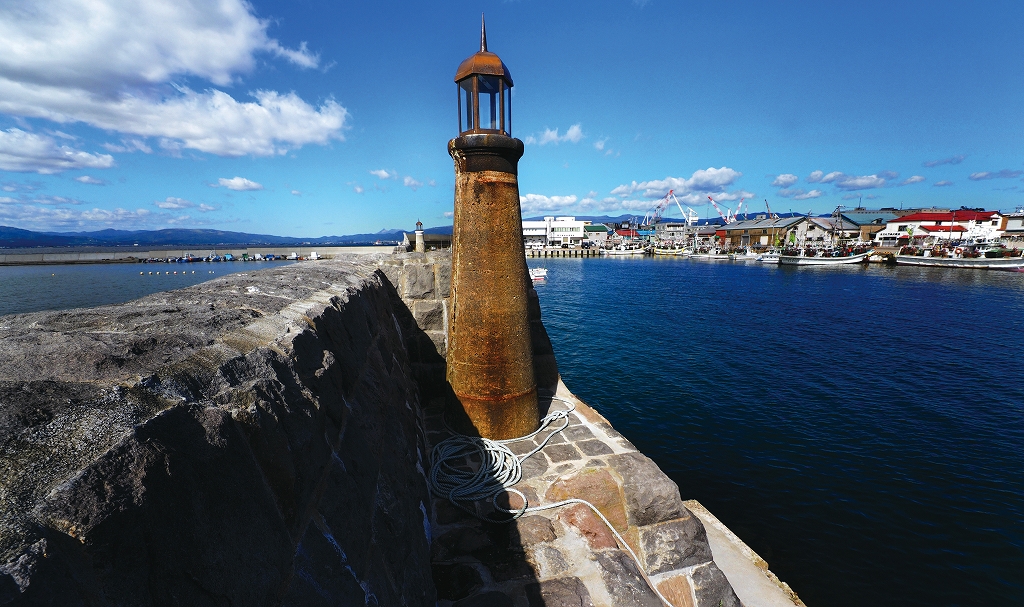 Hakodate’s Funairima Breakwater designed by Hiroi was built using a rare construction method: masonry on a concrete block foundation. Work started in 1896 and was completed in 1899.
In 1890, Hiroi started testing in Hakodate to increase the durability of concrete and established Japan’s first concrete quality control technology. This led to the application of concrete to build infrastructure throughout Japan. In a word, Japan’s concrete culture dawned in Hakodate.
Other major factors encouraging this trend were the rich supply of limestone from the Garo Mine in Kamiiso and the establishment of the Hokkaido Cement (now, “Taiheiyo Cement”) Plant that started operating in 1890. 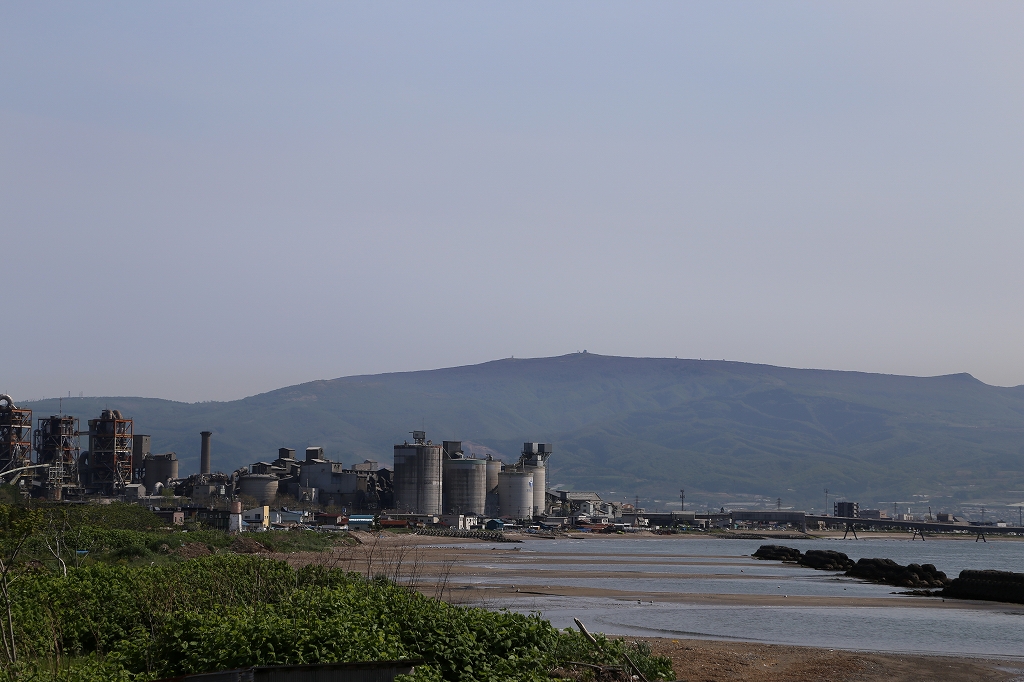 Recently, Hakodate’s concrete culture has been introduced in various forums at the same time as TV coverage of concrete culture related events has increased. Last autumn a bus tour, “The Story of Hakodate Concrete” was held, attracting many participants from outside of Hokkaido.
“Women and youth were unexpectedly interested in it. I was surprised at how eagerly they bombarded the guides with questions.” GRHABIP whose chairman is Mr. Nunomura also reports being frequently approached by the news media and receiving requests for guides.

GRHABIP that was established in 2015 stands for Greater Hakodate Bayside Innovation Project. Its goals are to discover and to creatively develop the historical and cultural resources of the Hakodate Bayside.
It brings together experts in a variety of fields, has prepared pamphlets, held panel exhibits, and organized trial package tours. The group has also taken a series of step-by-step activities such as holding a photo-contest and using the winning entries to print cards illustrating Hakodate’s concrete culture. 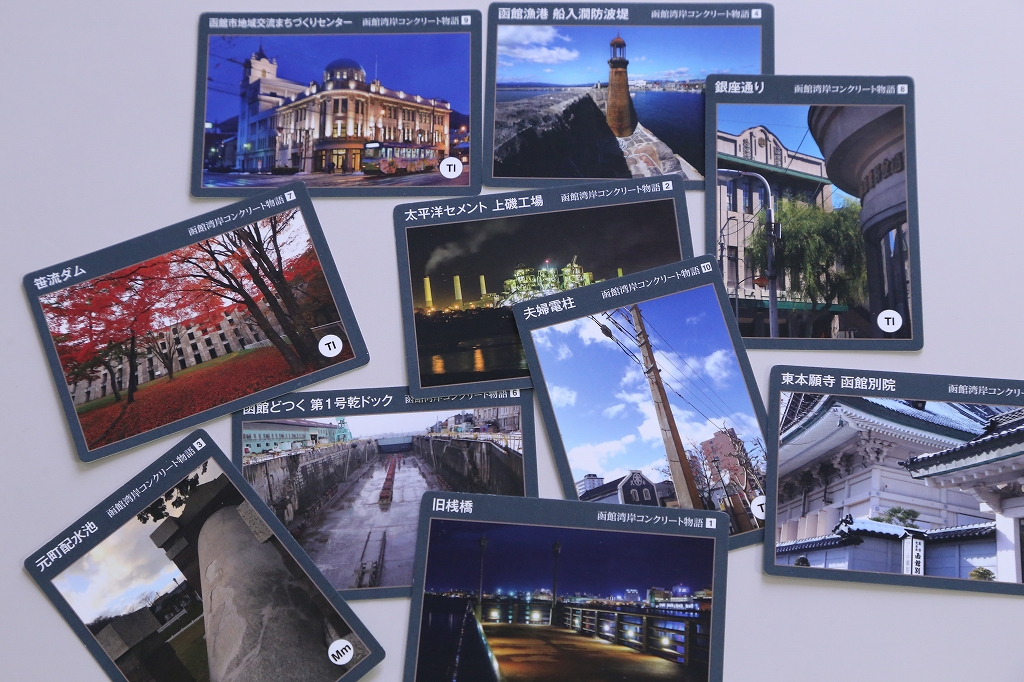 Cards handed out to tour participants.

But Nunomura also points out that the old concrete buildings of Hakodate will vanish if they are neglected.
“Many of the concrete buildings on Ginzadori Street are not in use. They are privately owned so if we don’t say anything, they will disappear. Therefore, another significance of our activities is their ability to communicate the value of these buildings and encourage their use.”
Preserving old buildings is costly. Nunomura and others in his group believe that they must find ways to use them skillfully to earn profits.
This also applies to the initiatives undertaken by GRHABIP. In Nunomura’s words, “We have played our role in getting this movement started, so now we have to find ways to make it pay.” 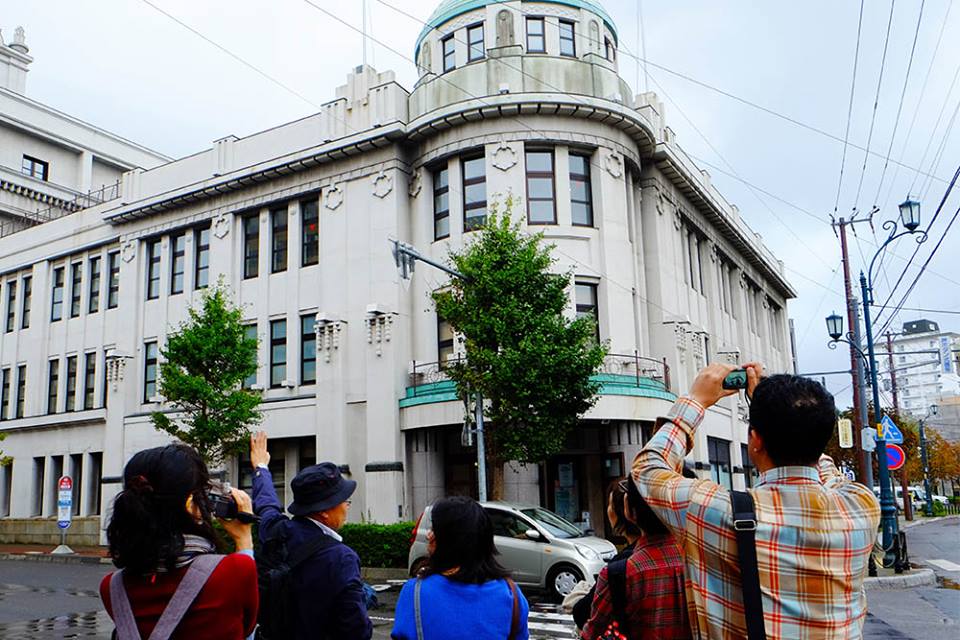