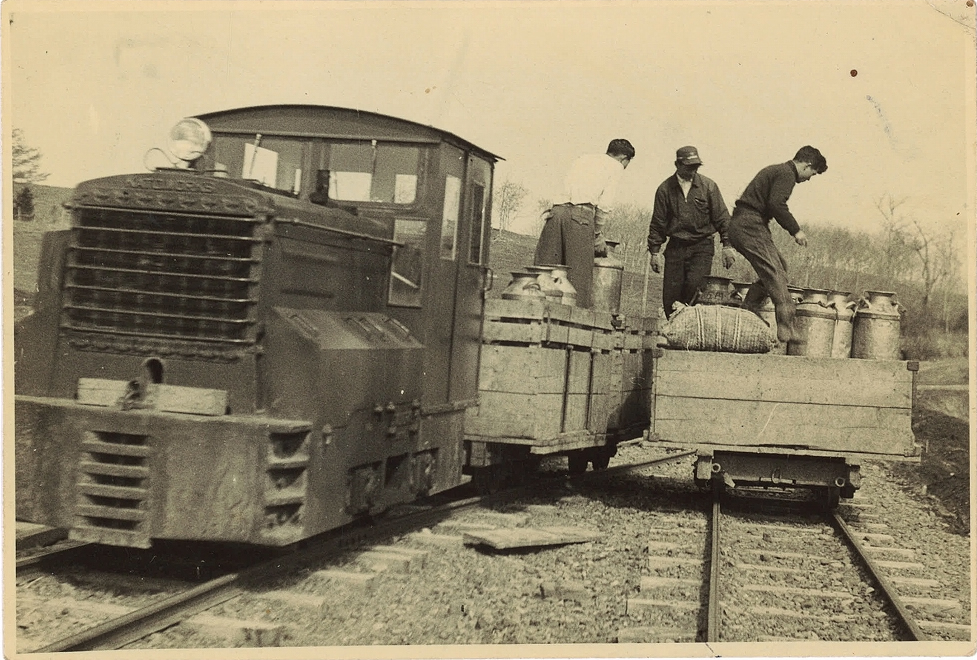 Reloading milk cans on the Chanai Line (about 1956, property of Inoue Sakio)

The Agricultural Light Railway played a major role in opening up Hokkaido then vanished about a half century ago.
Words by Ishikawa Takaori, Curator, Kushiro City Museum
Translation by Xene Inc.

Rails that opened the wilderness

From the 1860s to the first decade of the nineteenth century, migration to Hokkaido was actively promoted but did not take root because transportation in the newly settled region was inconvenient.
To solve this problem the Hokkaido Agency planned the construction of the Colonial Railway. Its track gauge was 762 mm which was narrower than the present JR gauge of 1,067 mm, reducing the cost of both its construction and maintenance. The national government constructed and maintained the tracks and other facilities. In the beginning the trains were horse-drawn and operated by local operating associations. This railway ensured more dependable transportation than that possible on the roads which at that time, were made by simply consolidating the ground.
In December 1924, the first line, a 48.8 km track from Atokko Station to Nakashibetsu on the Nemuro Main Line was completed. A large-scale opening ceremony was held at Atokko. 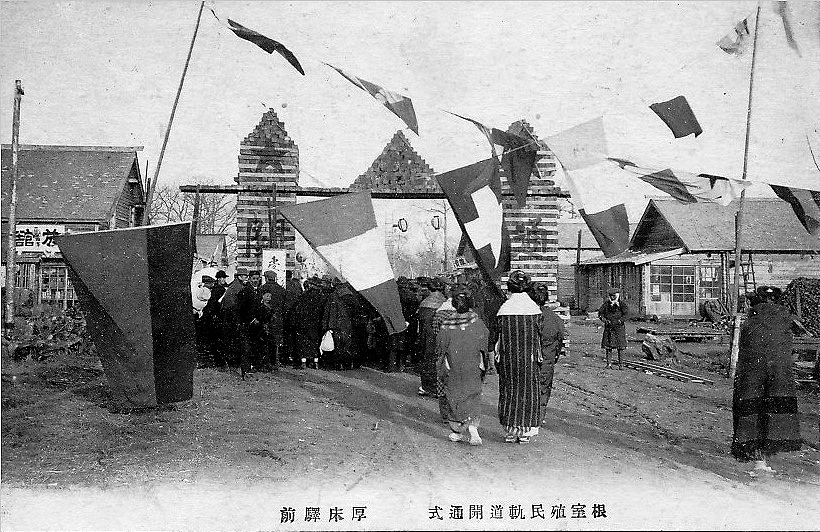 The full-scale construction of the Colonial Railway started in 1927. It included a total of 805 kilometers of track on 47 lines throughout Hokkaido. It was a successful mode of transportation indispensable for the colonists, particularly in Eastern and Northern Hokkaido.
Horse-drawn transport was inadequate to support the task of opening up the region, so in 1929, gasoline powered locomotives were introduced from Attoko to Nakashibetsu on the Nemuro Line, and lines on which the transport volumes soared were transformed into full-scale railway lines.
The Colonial Railway not only carried passengers, its trains transported charcoal and lumber and supported dairying which the sources of the incomes of the pioneering farm families. 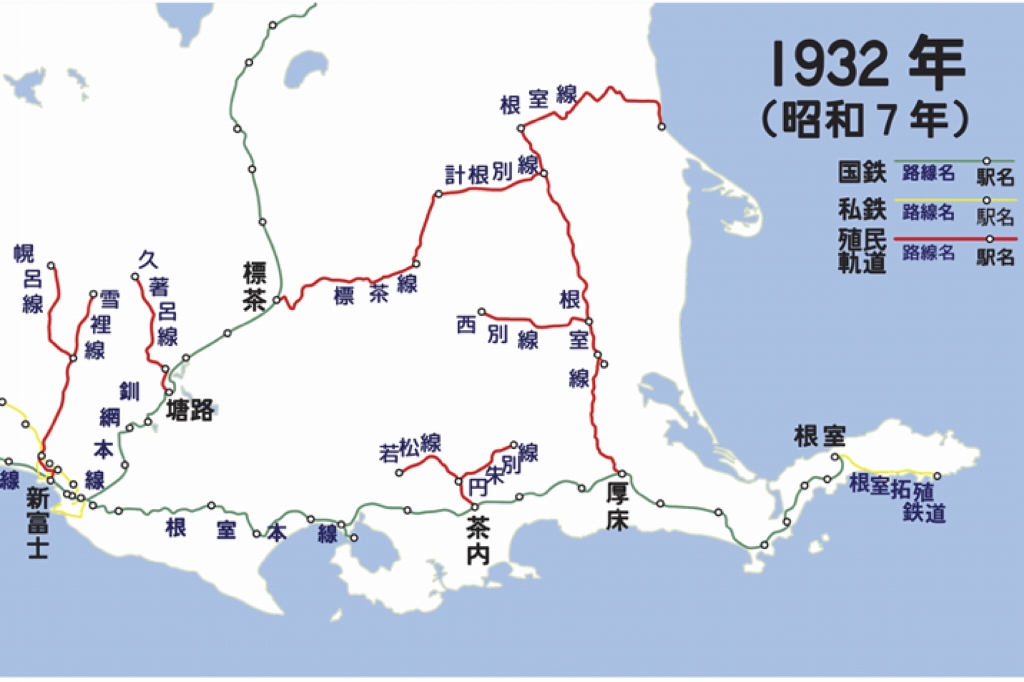 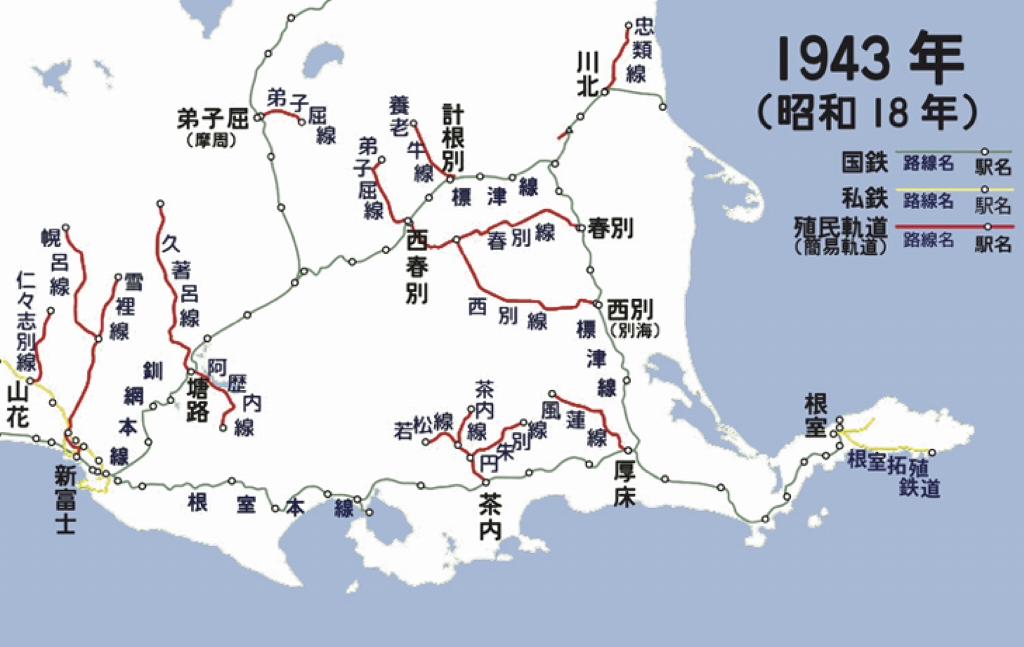 After the war, the Colonial Railway was renamed the Agricultural Light Railway. By the 1950s, many lines that could be converted to roads were abandoned, while lines carrying large volumes of cargo were motorized and reconstructed. Diesel cars were introduced and staffed by uniformed female conductors. 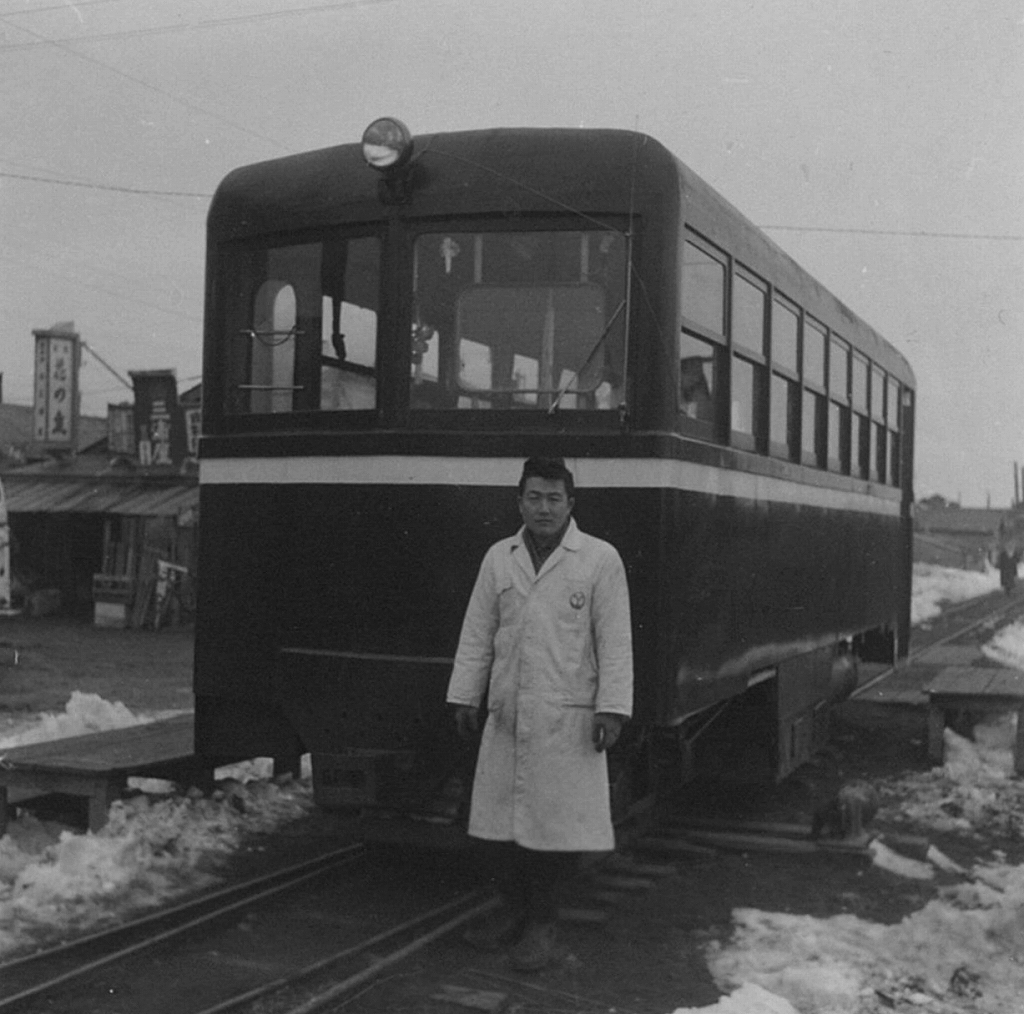 As a result of the rapid introduction of paving beginning in the late 1960s, road transportation improved greatly and the Agricultural Light Railway lost its role. In the late 1960s and early 1970s many lines closed: the Setsuri Line in 1967, the Shibecha Line and Furen Line, the Toikanbetsu Line and Utanobori Line in 1971, then in 1972, the Chanai Line and Wakamatsu Line which played the most important role in transporting milk. In this way, the Agricultural Light Railway that had supported the opening up of Hokkaido for about half a century vanished. 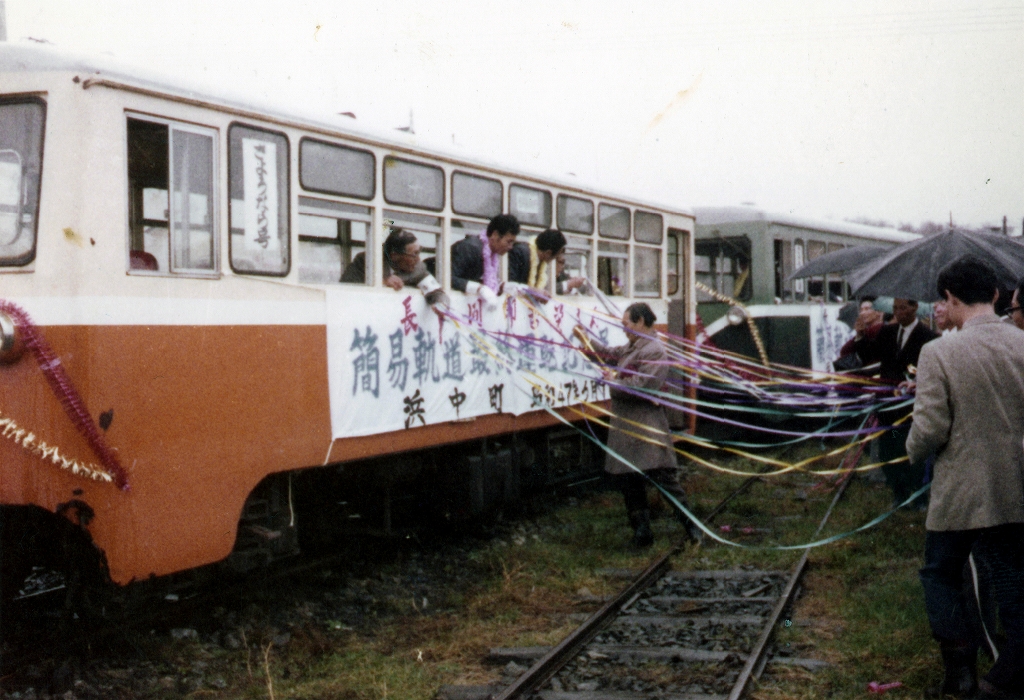 A resource that relates the history of the region 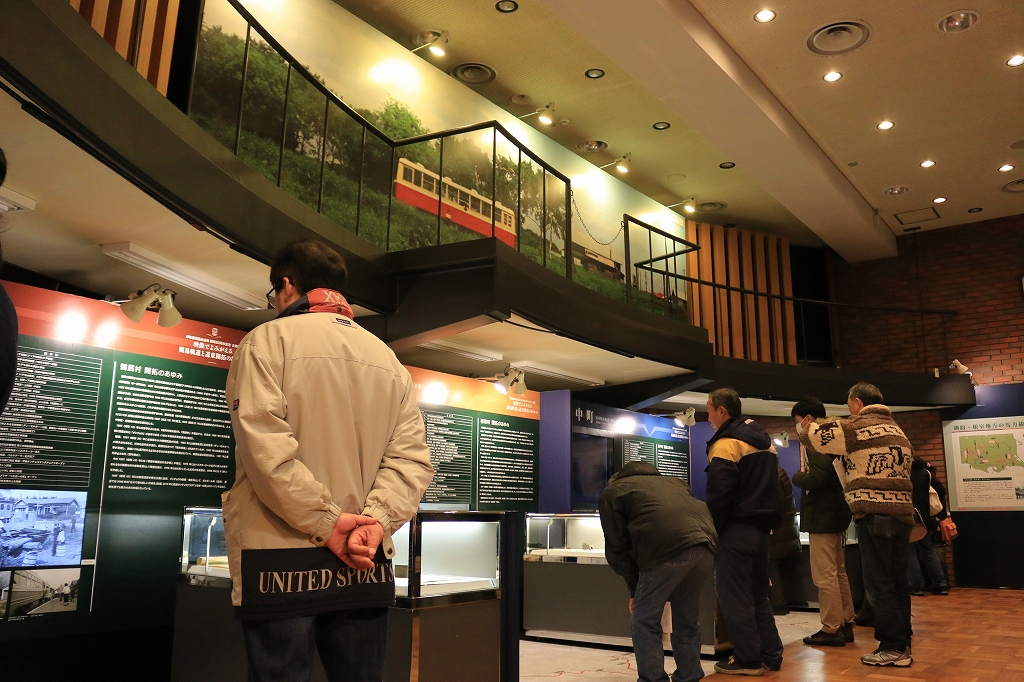 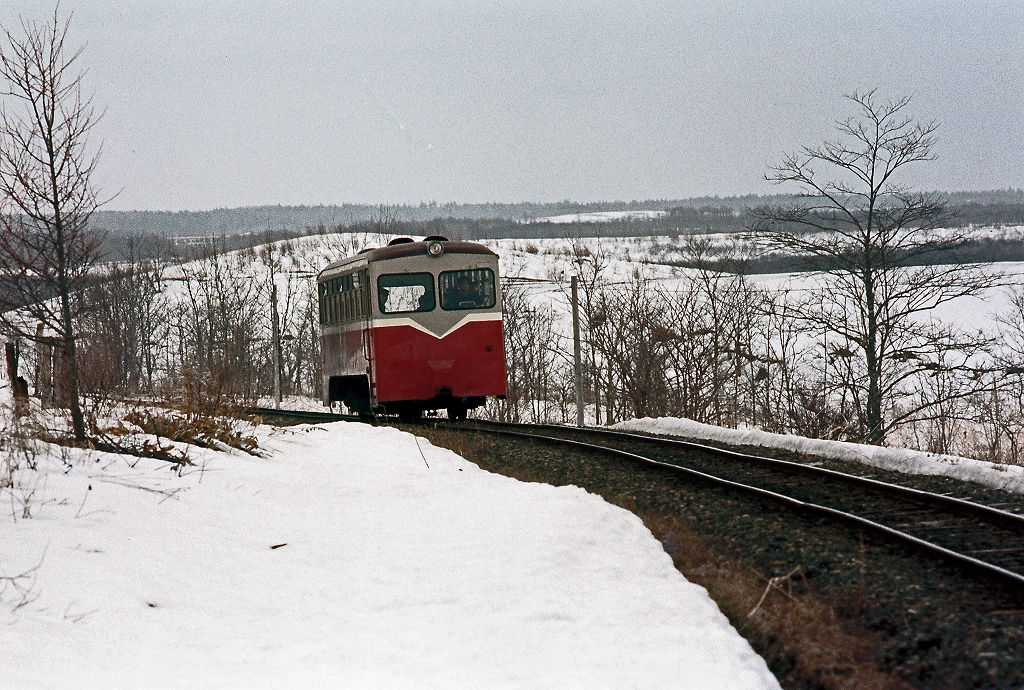