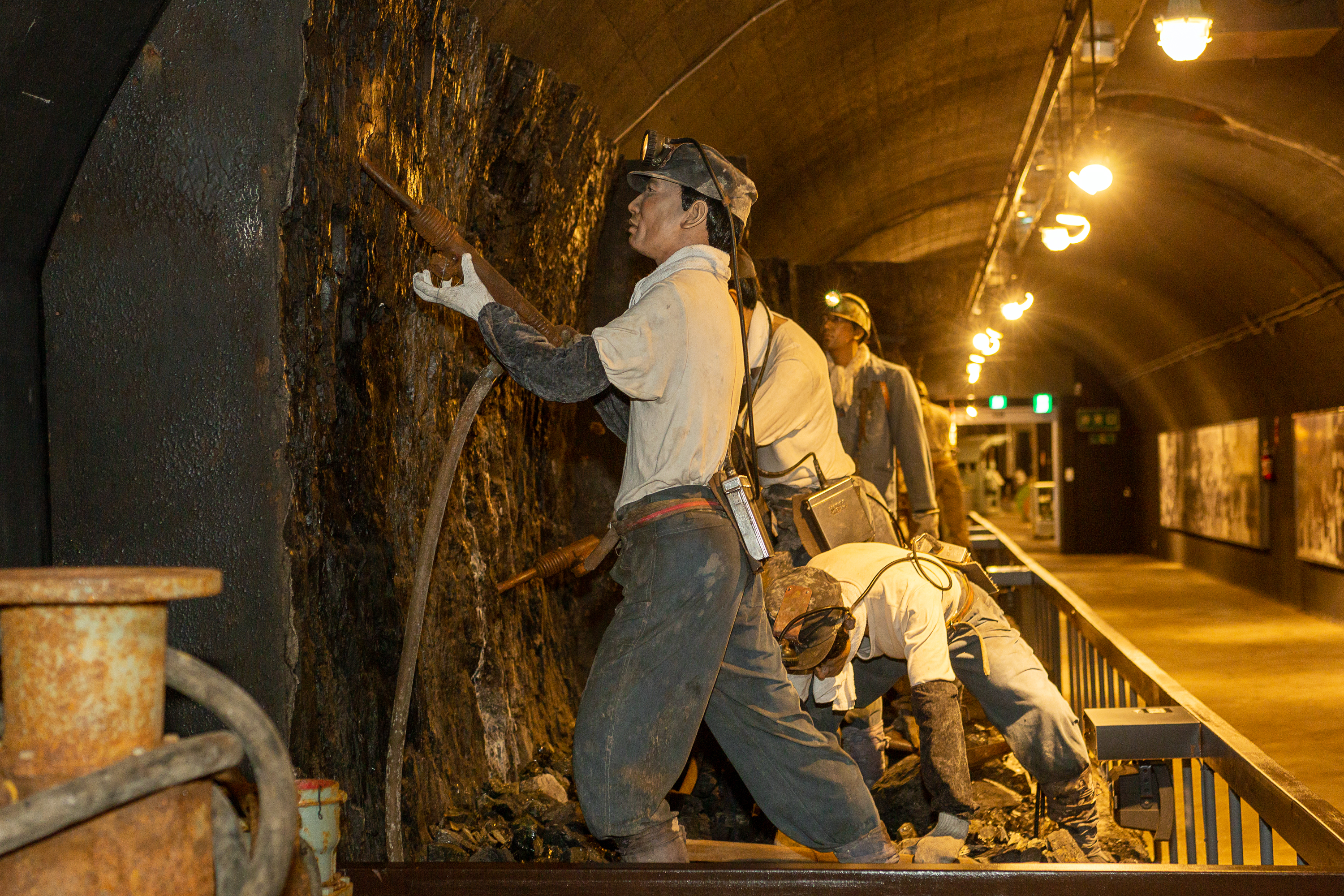 In 2019, Tan-Tetsu-Ko: Coal-Iron & Steel-Railway-Port became a Japan Heritage certified by the Agency for Cultural Affairs. At its center is the heritage of coalmining that prospered for an instant and then faded drastically.
Words by Shibata Miyuki
Photographs by Kurose Michio
Translation by Xene Inc.

A large-scale project of modern Japan

Tan-Tetsu-Ko: Coal-Iron & Steel-Railway-Port is the coalmines of the Sorachi region, which was a large coal-producing area; the Muroran steel made with coal as the source of energy; the Otaru Port from which the coal was shipped; and the railways that connected all these. It expresses the story of the coal that supported Japan’s modern history.
In Meiji-period Hokkaido, various types of developments were carried out but, among them, the coalmines were the development project to which the national government attached most importance. In 1879, large-scale coalmining development began with the opening of the Horonai Coalmine. Coal was indispensable as the energy that powered industry. During the war and the subsequent post-war reconstruction period, Sorachi’s coal continued to support Japan’s industries.
Among Sorachi’s numerous coalmines were those in the central supply region of Yubari.
The coal seam of Yubari’s largest coalmine was discovered in 1888. The following year, the mine was privatized under the ownership of the Hokkaido Colliery and Railway Company and, in 1890, mining began and the town began to develop. At its peak, the population of Yubari reached 120,000.
Currently, Yoshioka Hirotaka, Chair of the Mining Memory Promotion Project NPO that manages and operates Yubari Coal Mine Museum, says that high-quality coking coal was mined from Yubari. “Yubari’s coal was the highest-quality coking coal in Japan.” 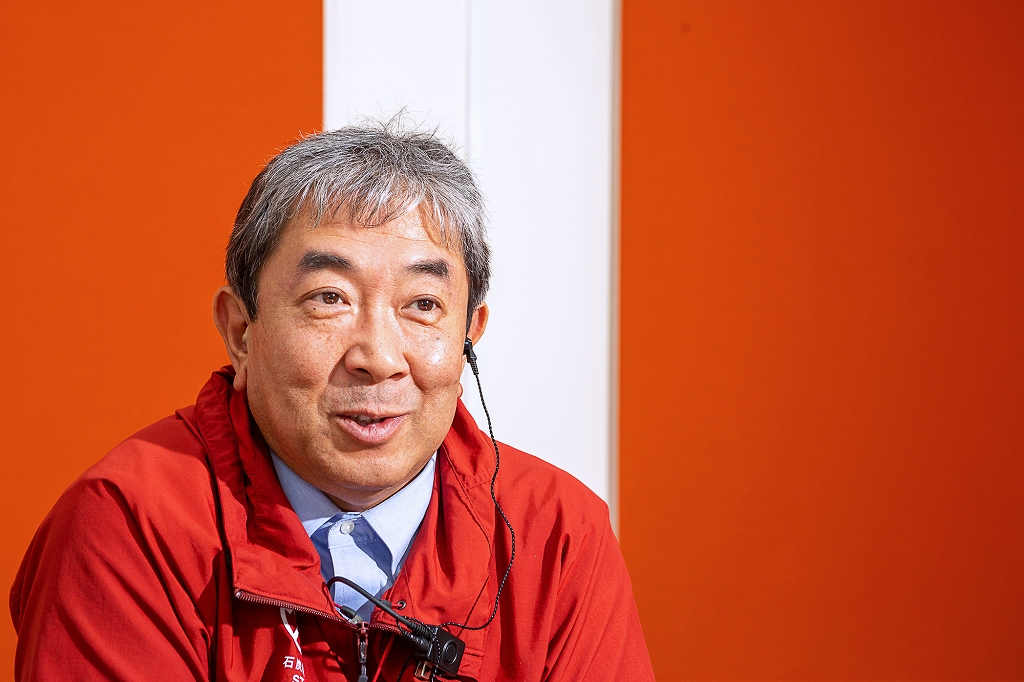 Witnesses tossed around by the times

The Mining Memory Promotion Project is an NPO that was established in 2007 to convey and utilize information regarding the Sorachi coalmining heritage of the cities of Yubari, Mikasa, Akabira and the like. Based in the city of Iwamizawa, the organization’s activities convey the memories and values of coalmining heritage in Sorachi and beyond.
From 2018, the opening of the Yubari Coal Mine Museum – of which the NPO is the designated administrator – and, in the same year, the Akabira City Coalmining Heritage Guidance Facility – with which the NPO has close links – enabled a wide range of activities covering the coal producing region of Sorachi. The clarification of the story of the Coal-Iron & Steel-Railway-Port, which was conceived ten years ago, led to its certification as a Japan heritage. 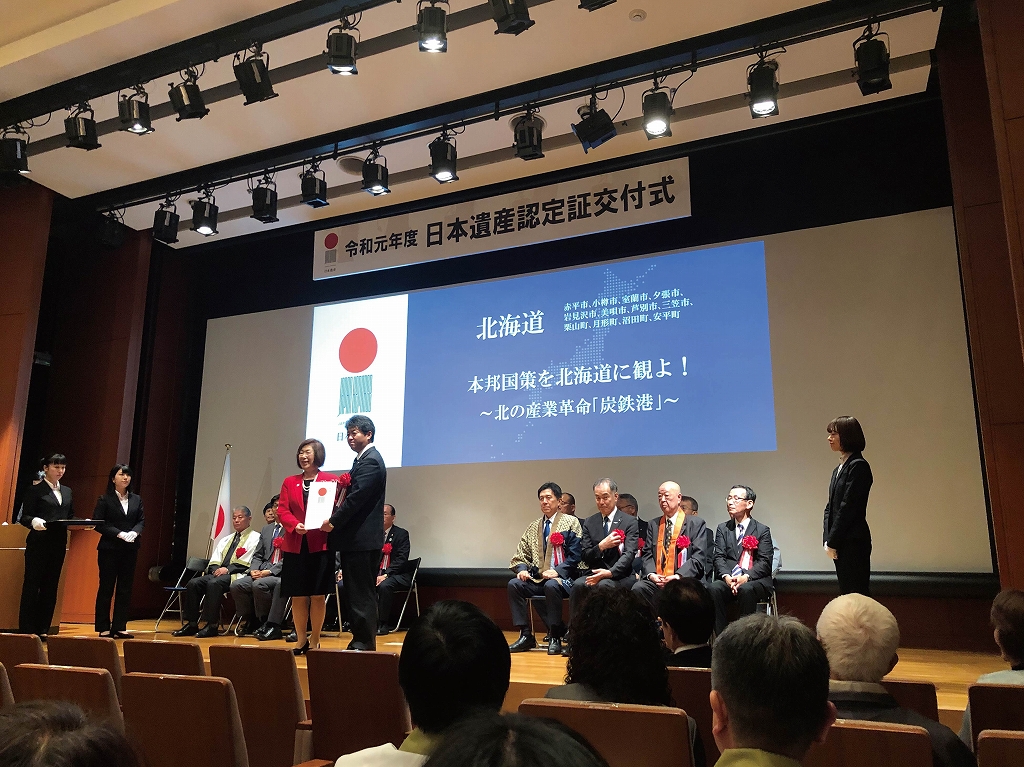 The Tan-Tetsu-Ko: Coal-Iron & Steel-Railway-Port is completed not at one location or in one region, but each of the remains are linked by a historical background that is contemporary.
In the past, a Hokkaido development concept was envisaged at the end of the Edo period by the feudal lord of the Satsuma Clan, Shimazu Nariakira. The dynamic history of the road to modernization, which began in Satsuma at the southern tip of Japan and was put into practice in Hokkaido in the northern tip of Japan, can be read from the story of the Coal-Iron & Steel-Railway-Port. 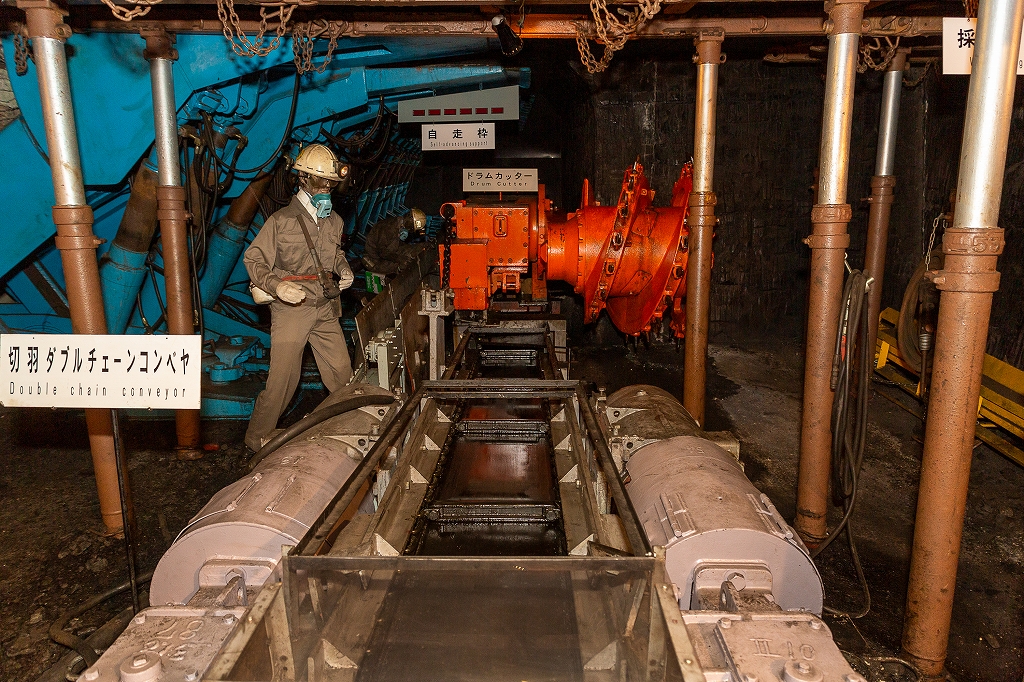 Machinery that was actually used to mine coal, on display

However, after the period of high economic growth in the 1960s, the situation surrounding coal changed drastically. A change in the energy policy towards oil brought about the beginning of the end of the coal industry. As the mines closed down, the towns of the coal-producing regions began to decline, and the population of the Sorachi region decreased to one fifth of that of its peak period. Yubari’s population is currently less than 8,000.
Yoshioka sees this as being similar to the situation of Japan’s decline due to population decrease and changing demographics. The coalmines were the future that has already occurred.
“There are no other regions that have experienced such a rise and fall within 100 years of the Meiji period. By actually seeing the coalmining heritage, I want people to know more about Japan and Hokkaido’s modern history, and to think about the past 100 years and how we should live in times to come.”
Creating a forum from which to consider Hokkaido’s future is also a task indicated by the Tan-Tetsu-Ko: Coal-Iron & Steel-Railway-Port story.
The number of coalminers during the peak period was approximately 70,000, with a total of over 500,000 people living in the region. Those memories still remain in the region today.
Tan-Tetsu-Ko: Coal-Iron & Steel-Railway-Port tells of the modern history that existed there until about 50 years ago. How do we listen to those voices? 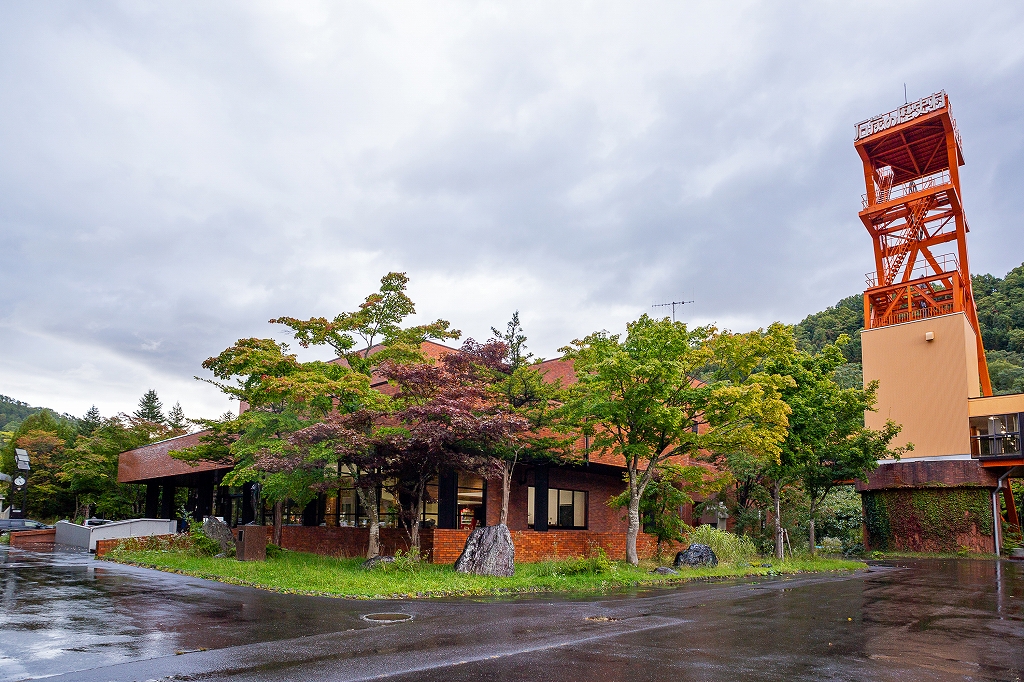