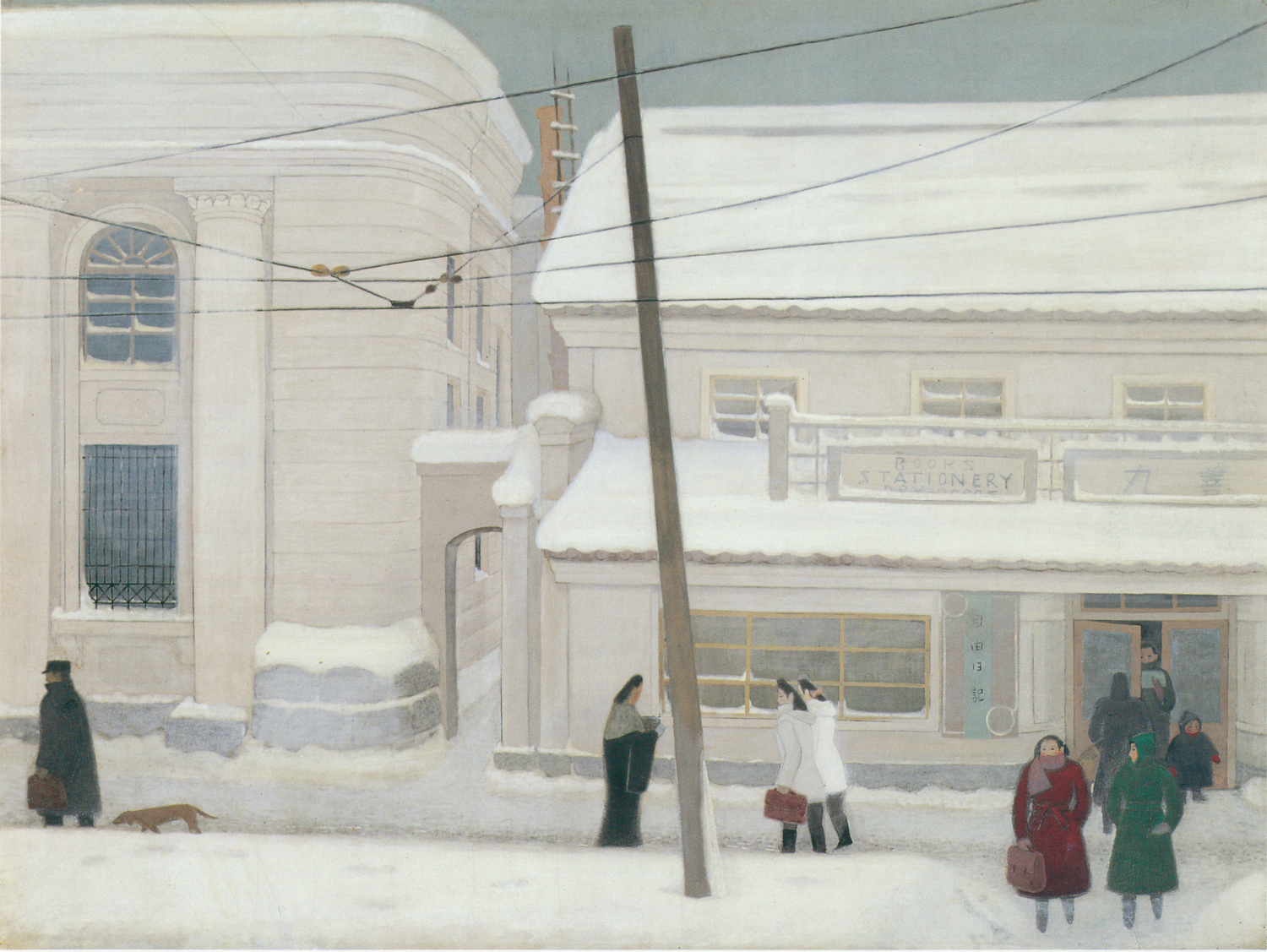 Honma Kansai was a purveyor of Hokkaido’s Japanese-style paintings in Sapporo during the early part of the Showa period (late 1920s and early ‘30s). The activities of a group of artists, mainly based in Sapporo, who began the ‘Evocative Japanese-style Painting’ exhibition in 2013. We trace the history that leads to the present day.
Words by Shibata Miyuki
Photographs by Ito Rumiko
Translation by Xene Inc.

People come and go amid the snow of downtown Sapporo. The quietness unique to the cold air and snowy days, conveyed by the texture of the snow and shade of the winter sky.
Honma Kansai painted many everyday scenes of winter in Sapporo. A style of Japanese painting that combines modern ambience with the use of mineral pigments and paper. The series of snowy urban scenes in the late 1940s and early ‘50s was surprising to the central art world at the time. This is because, despite being Japanese-style paintings painted by a Sapporo artist, they did not contain motifs that could be said to be traditional Japanese beauty.
Until the post-war period of the late 1940s and early ‘50s, Japanese-style painting was not generally associated with being a genre linked to Hokkaido.
We asked Toki Miyuki about the reason behind this. As a curator at the Hokkaido Museum of Modern Art, Toki planned a special exhibition of Honma Kansai’s work there in 1996.
One of the reasons is that there is no tradition of Japanese-style painting, there were few instructors, and environments in which to study were scarce. Another was the cold climate. Mineral pigments lack adhesive qualities and need to be mixed with boiled-down animal-based glue to allow them to stick to the paper. These harden in the cold. But the biggest reason was that Hokkaido’s natural features themselves were thought to be an unsuitable motif for Japanese-style paintings. According to Toki, “Hokkaido has western-style scenery, quite different from traditional sense of aesthetics in Honshu.”
It was Honma Kansai that overturned these preconceptions. Starting with ‘Sapporo in the Snow: Overpass’ in 1948, a painting of the overpass that spanned the west side of Sapporo Station, his work was selected to be exhibited at the Japan Art Academy 11 consecutive times – proof that the region’s natural features could become the motif of Japanese paintings. 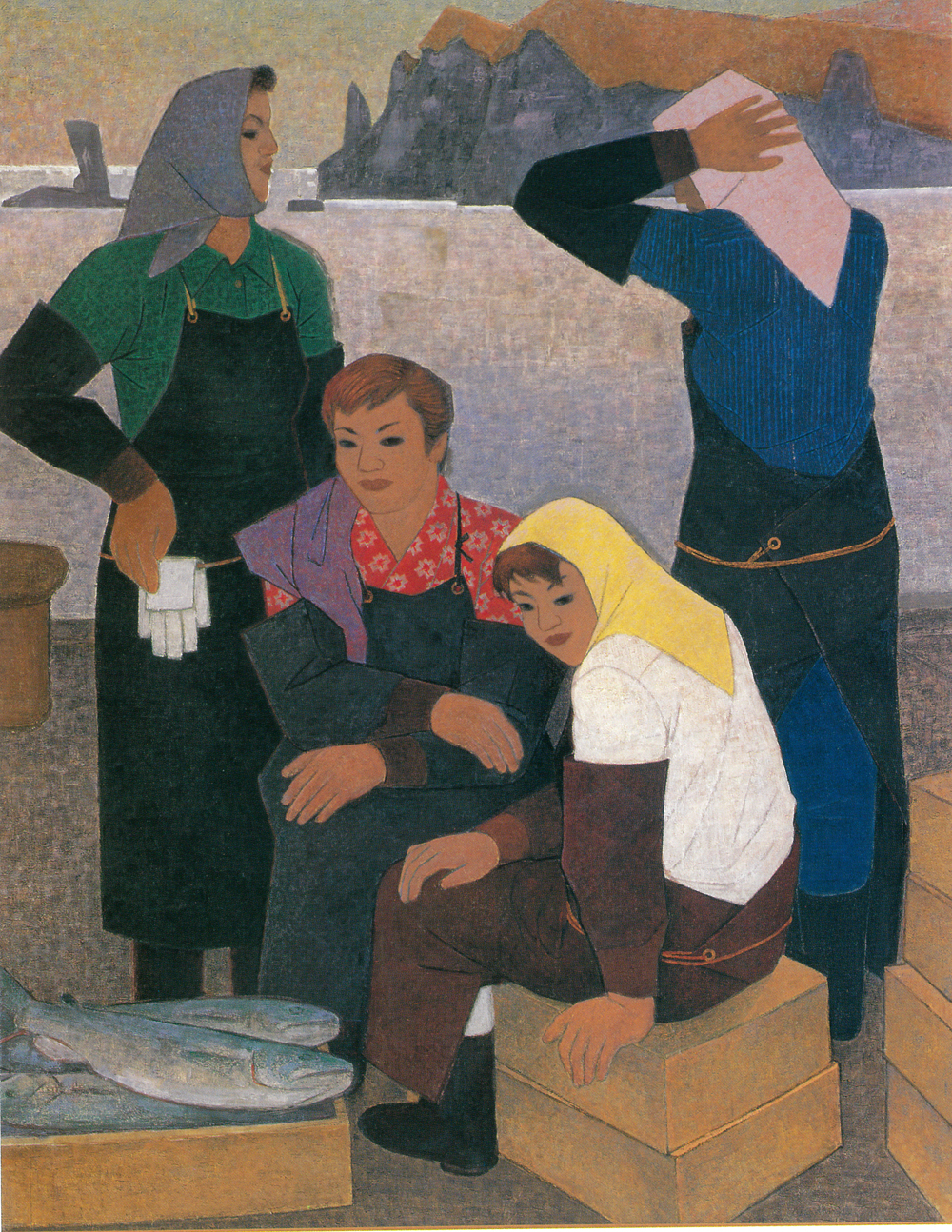 The founding of the Hokkaido Japanese Painting Association

Honma Kansai was born in Niigata in 1894. His real name was Asada Tomatsu. At the age of 14, he was taken in by the Honma family, a seafood wholesaler in the town of Yoichi. The wealthy marine merchant was often visited by artists, which sparked Kansai’s interest in pictures. At first, he aspired to be a western-style painter. He moved to Tokyo when he was 20, and studied under Nakamura Fusetsu, who had just returned from Paris. After approximately eight years, Kansai returned to Hokkaido and became a portrait painter in Sapporo.
In 1927, at the age of 33, Kansai switched to Japanese-style painting. In 1946, he established the Hokkaido Japanese Painting Association with two other artists who, along with Kansai, had left the Japanese painting section of the Hokkaido Art Academy. The association strived to nurture the next generation of artists, with the aim of improving and promoting Japanese-style painting in Hokkaido. Toki points out that these activities “probably aimed to present more independence for Japanese-style painting from Hokkaido and Sapporo rather than as the Japanese-style painting section of the Hokkaido Art Academy, which centered around Western-style painting.”
However, apart from Kansai’s work being selected for the Japan Art Academy Exhibition, there were no other major achievements, and when Kansai died three years later, the association suspended its activities after taking part in the exhibition for the final time.
Nevertheless, an attempt to pass down Kansai’s spirit of Japanese-style painting has begun in modern-day Sapporo. 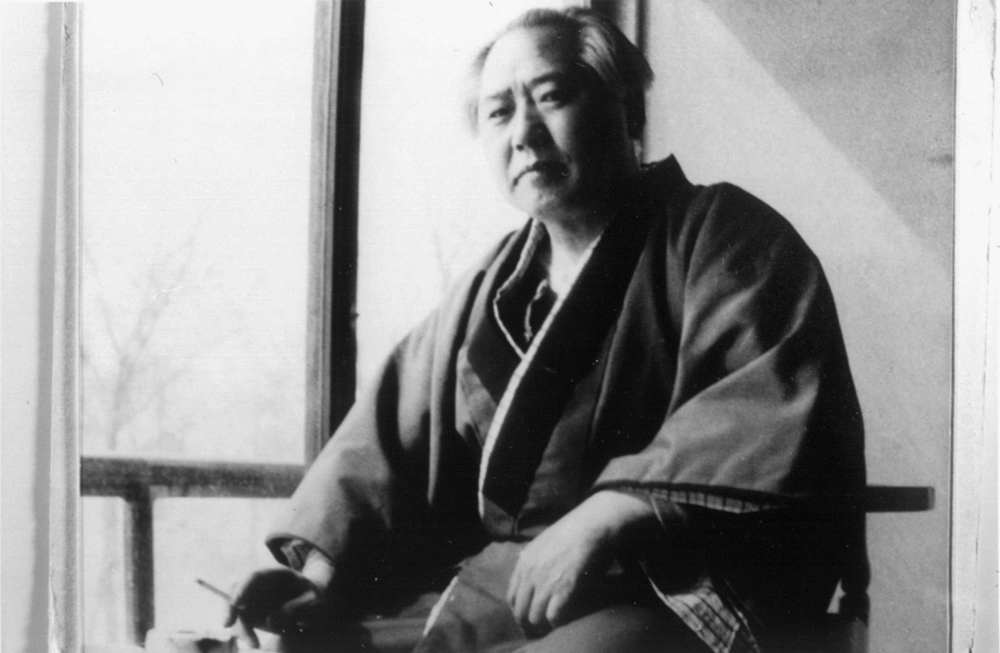 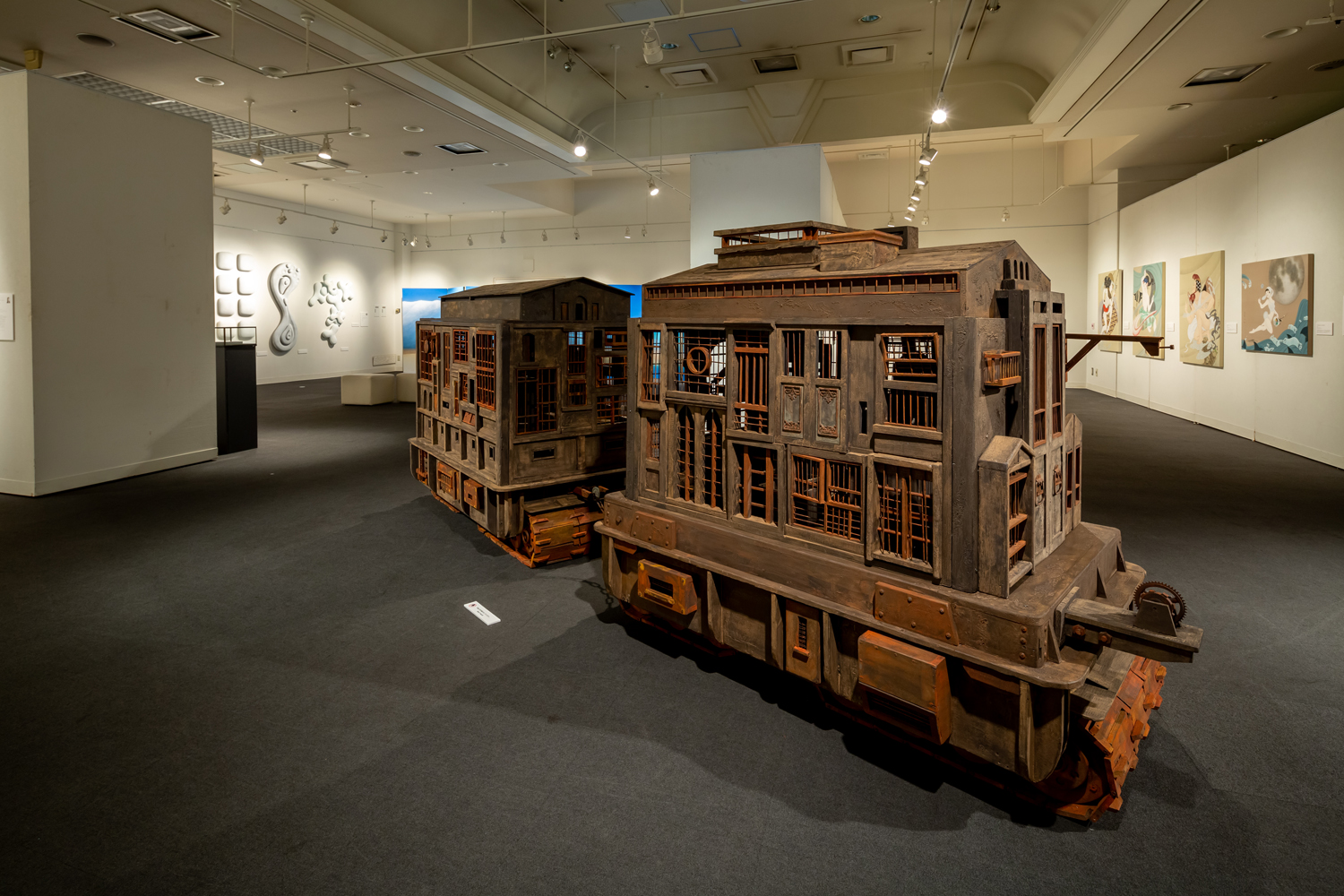 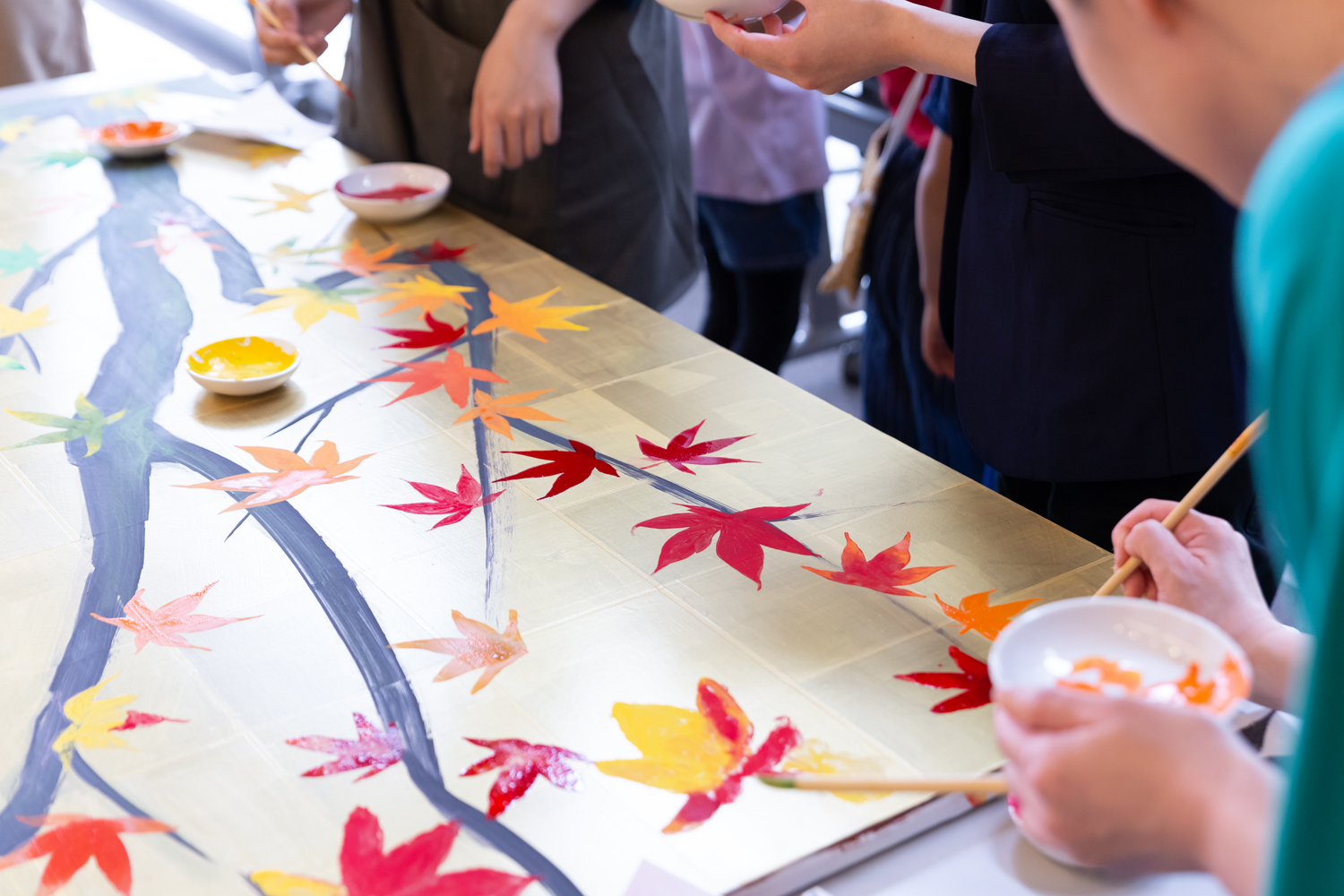 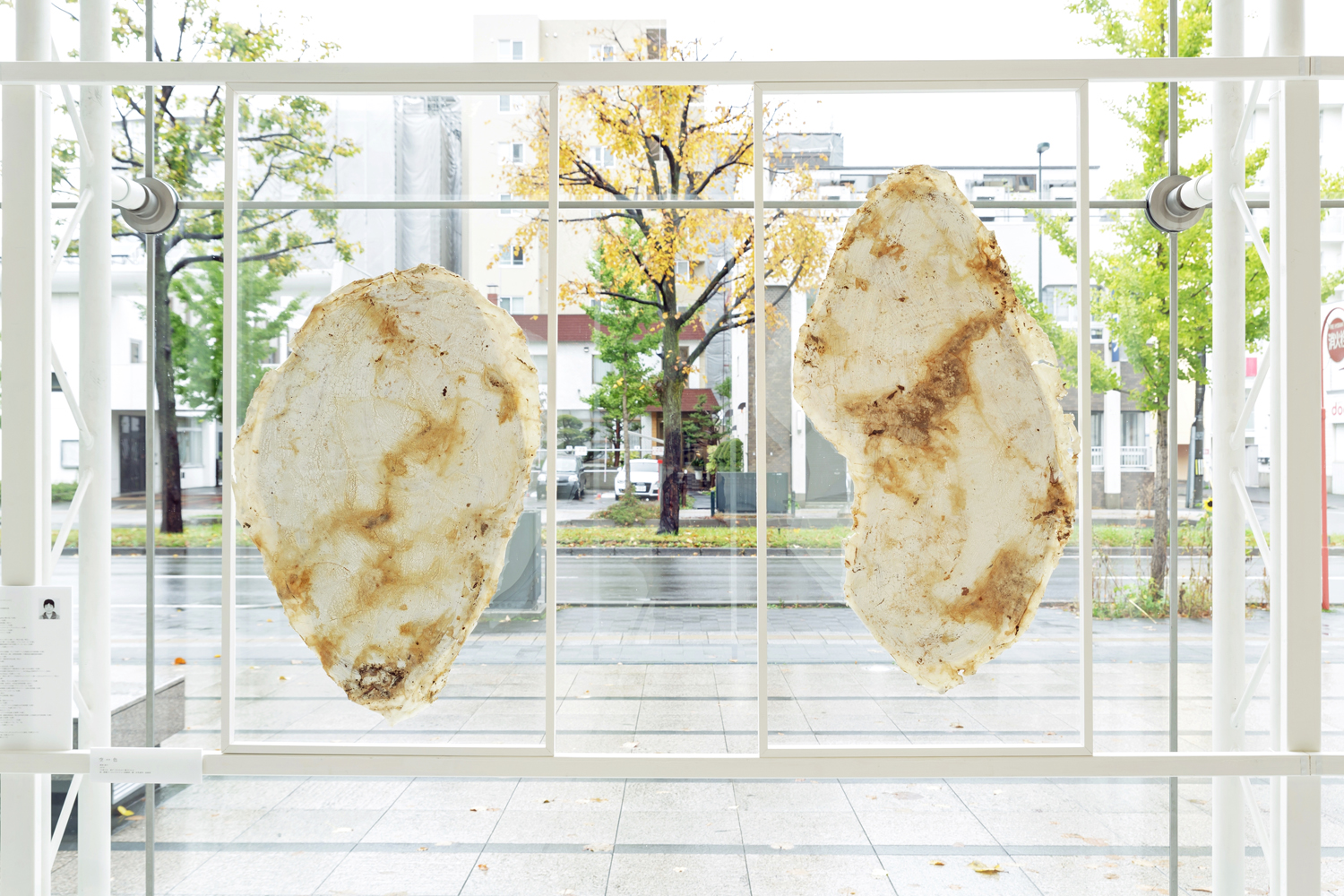 The idea of wanting to create a different flow to what has be the norm until now is synchronized with the concept of Kansai and the like, in the past. The fact that the environment is thought to be unfavorable for Japanese-style painting and that expressions that do not conform to traditional frameworks are possible, works to the advantage of Hokkaido artists. That was probably also true of Kansai. 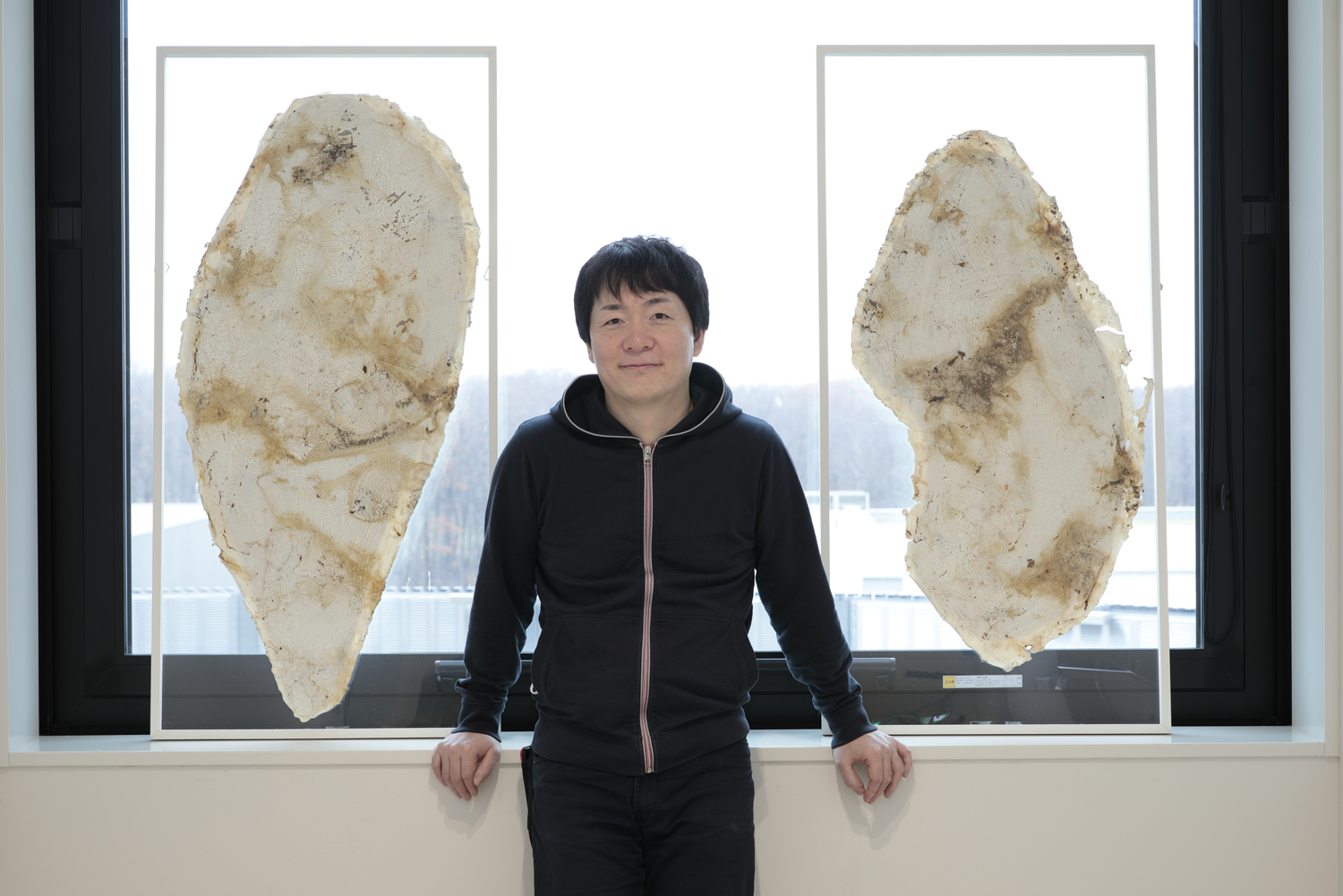 Asachi studied at the Japanese Painting Laboratory of the Hokkaido University of Education Sapporo Campus under Japanese-style painter Kawai Hiroshi. His father is Kawai Reisho, who was – along with Kansai – one of the founding members of the Hokkaido Japanese Painting Association, and Hiroshi himself studied under Kansai.
Japanese-style paintings with expressions that are only possible in Hokkaido are originating in Sapporo. That spirit is flowing and springing forth uninterrupted to new generations.