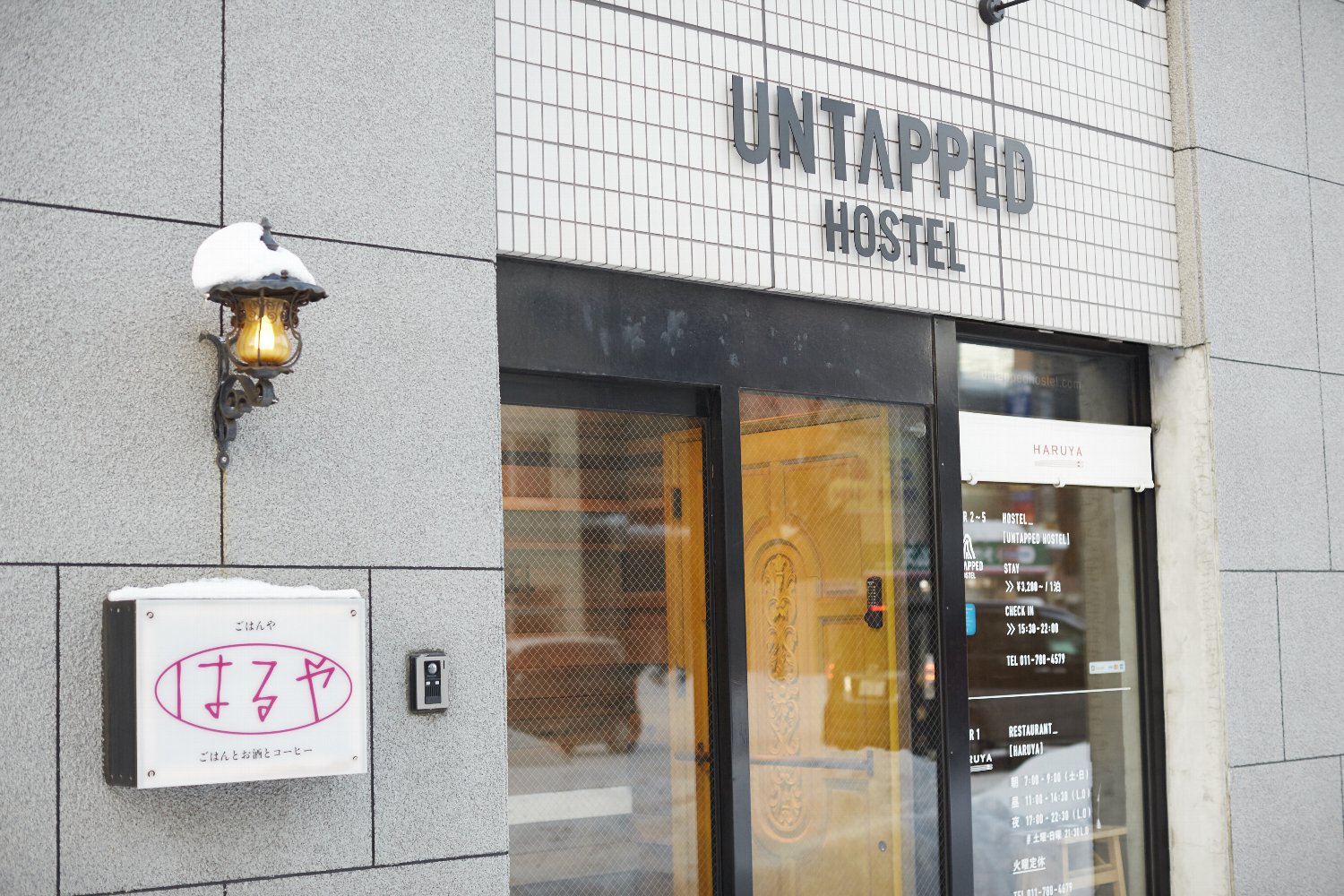 At the end of October last year, a small bookstore opened. Seesaw Books is a bookstore as well as a shelter that temporarily accepts people in need. It is run by Jin Teruya, representative of the adjacent guesthouse, UNTAPPED HOSTEL. What is the meaning behind the combination of a bookstore and a shelter?
Words by Inoue Yumi
Photographs by Ito Rumiko
Translation by Xene Inc.

The zero-sales crisis caused by the pandemic

It was in 2014 that Jin bought a five-story building near Kita-Juhachijo Station and began running a guesthouse. “We didn't have a particular preference for the area around Hokkaido University, but decided that the convenient location near the station would allow us to provide not only accommodation but also additional functions such as food and drink.”

If you open the front door of the building and go up the stairs located behind the seats at the counter of the first-floor eatery, on the second floor you’ll find the shared kitchen and living room of the guesthouse, which is quite an unusual design.

The guestrooms mainly comprise shared dormitory rooms, but there are also double and group rooms. Business was good, as the opening coincided with the boom in inbound travelers, and two years later they rented an old private house behind the building, turned it into an annex and hosted numerous events on the premises. 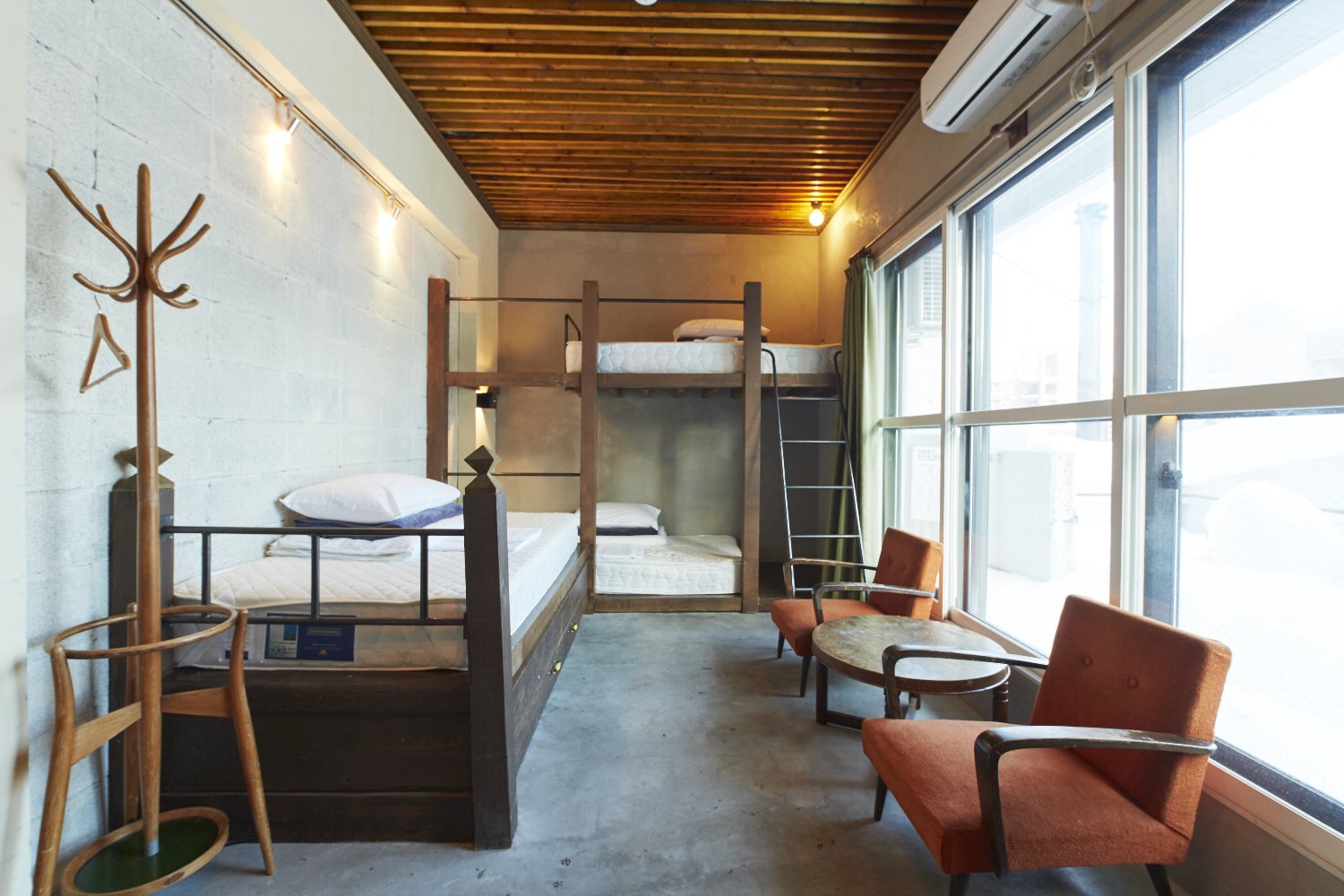 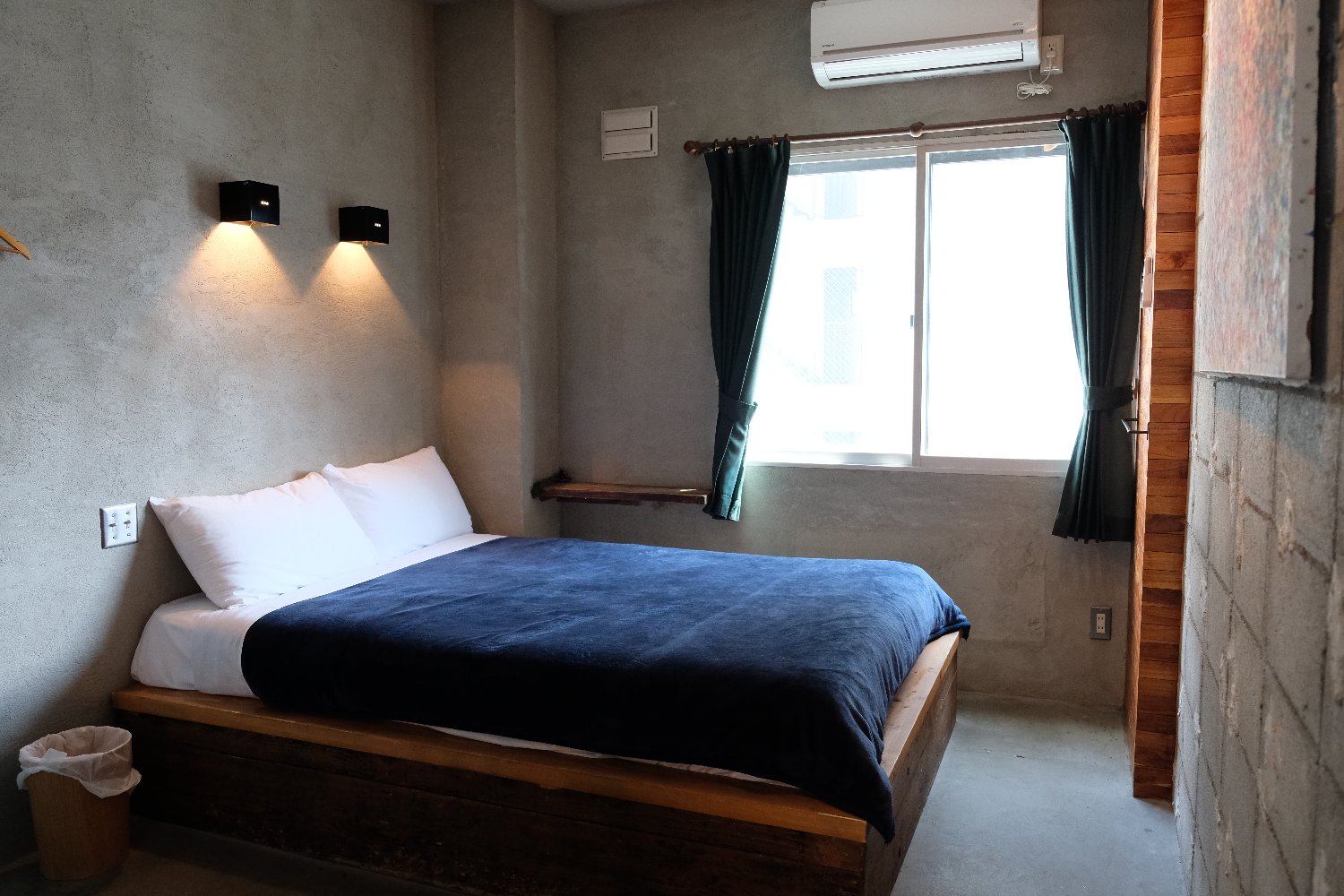 The interior, which was renovated by Jin and friends (photo courtesy of UNTAPPED HOSTEL)

However, in March 2020, when the COVID-19 virus began to spread, the guests stopped arriving.
The situation became critical, with sales falling to zero. It was at this time that news about the rapid increase in the number of people in Tokyo with nowhere to go due to the closure of Internet cafes caught Jin’s attention.
Maybe the same thing was happening in Sapporo. Jin contacted a support group for the needy to see if there was anything he could do to help and, after becoming acquainted with members of JOIN, the Sapporo Homeless Consultation Support Center, he decided to offer the annex as a temporary shelter for those in need.

“I was in trouble, but there were people who were in even more trouble. I felt that if I could make use of an empty accommodation facility, maybe I could be of some help.” 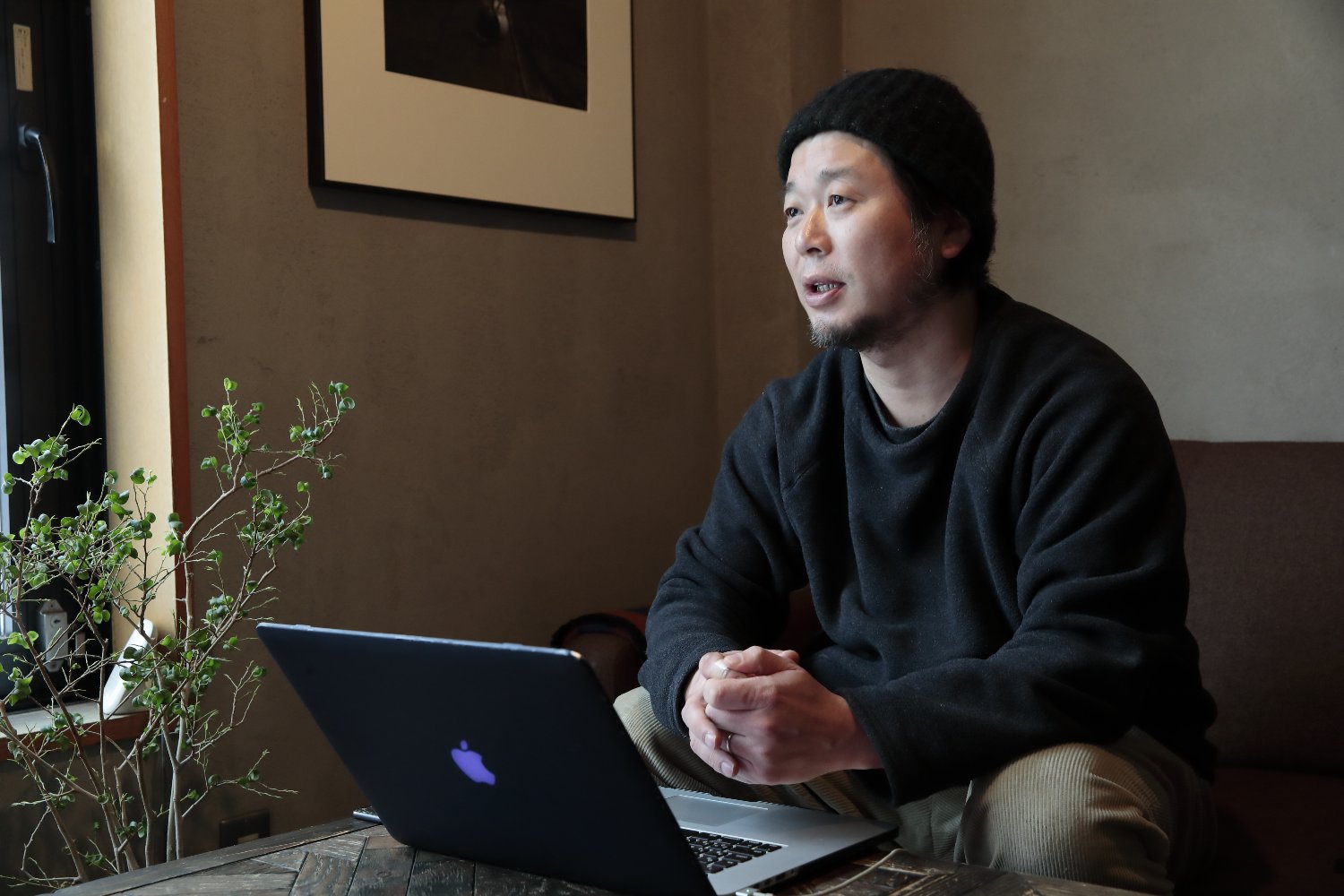 Welcoming the needy into the guesthouse

From May 2020 to July of the following year, 80 people – from teenagers to those in their 80s – were accepted and provided with meals and a place to sleep.
Each person moved in for a different period of time until a caseworker from JOIN, with whom they work closely, helped them find housing and apply for public assistance, or helped them find a place to settle down. As Jin came into contact with these people and had conversations with them, he gradually made up his mind to continue providing the shelter.

“The homeless or those in need tend to be isolated. But if we can create an opportunity to bring them closer together physically and give them a chance to get to know each other, they can have a positive impact on each other.”

What kind of system would be effective for this purpose? The first floor of the annex was renovated into a bookstore, and the second floor into a shelter to create a place that would “loosen the boundaries between culture and welfare.”

Jin had already sold the hostel building in order to protect the employment of the staff. He continues to operate the business while paying rent. He did not have the money to open a bookstore, so decided to try crowdfunding (CF).

“I was very reluctant to use CF. So, it was a one in a lifetime decision.”

He aimed to raise 1.5 million yen for renovation costs and the immediate operation of the bookstore, and he reached this target in just one day. In two months, he received 7.32 million yen from 580 people.

After renovating the annex with funds from the CF, the bookstore, Seesaw Books opened on October 30, 2021.
But why a bookstore?
“Because there are not many independent bookstores in Sapporo, and bookstores are open spaces. There are not many places, other than bookstores, where you can just drop by.” 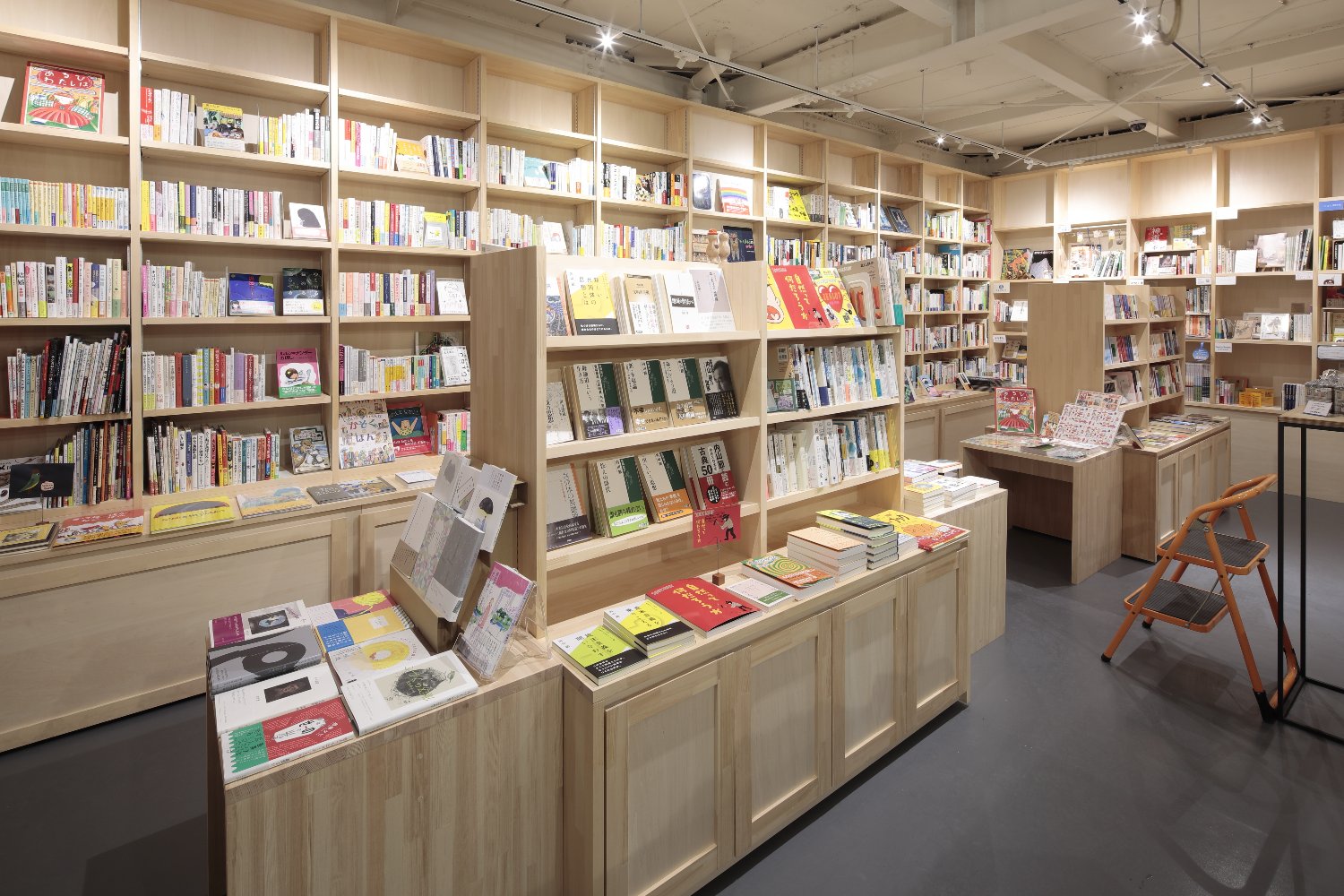 From December, once everything had settled down after the bookstore had opened, the shelter began accepting applications again.
Jin views Seesaw Books as “a bookstore for everyone, created by everyone.”

Hot meal service run as if it were an event

In addition to the shelter, the UNTAPPED HOSTEL also hosts soup kitchens and food distribution events, which were held in March and November, 2021.
It all started when a woman who learned about the shelter's activities through social media, visited the hostel and donated 50,000 yen without giving her name. It was decided to use the money to provide support in a way that could be accounted for, and lunch boxes, rice and retort-packed food was distributed to those who had lost their homes and to students in need.

“Many college and vocational-school students live alone in the Kita Juhachijo area, but with classes online and clubs suspended, many of them feel isolated and have no chance to make friends. I also heard from students and international students who had lost their part-time jobs and were having trouble making ends meet.”

Free haircuts were given and winter clothes were also distributed in November. Restaurants, hair stylists, student volunteers and many others who supported the objectives came together to help. There are now plans to continue this event twice a year. 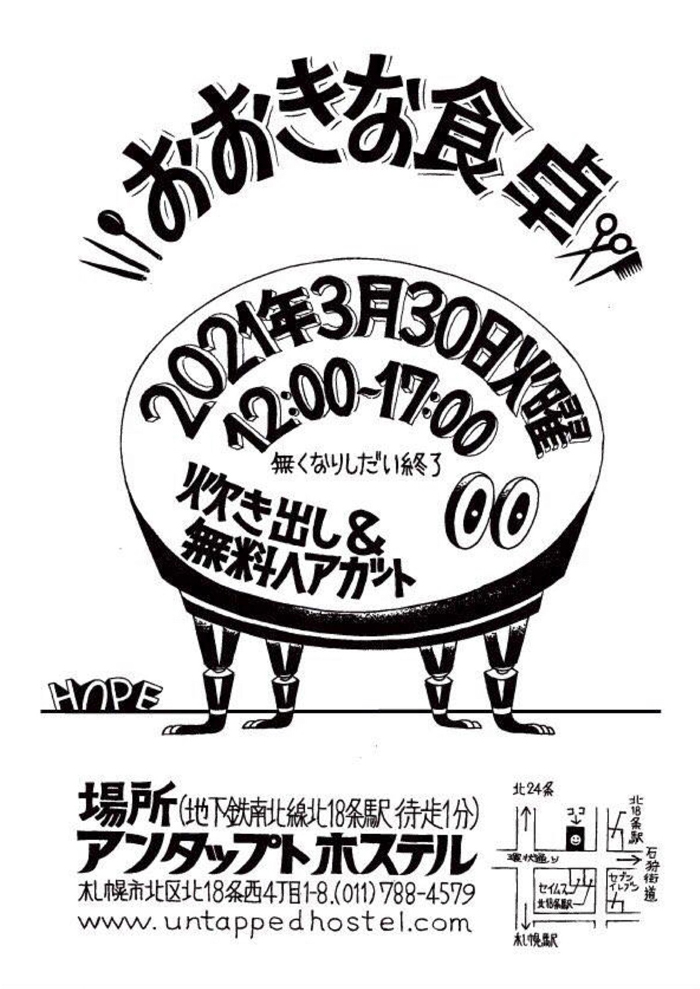 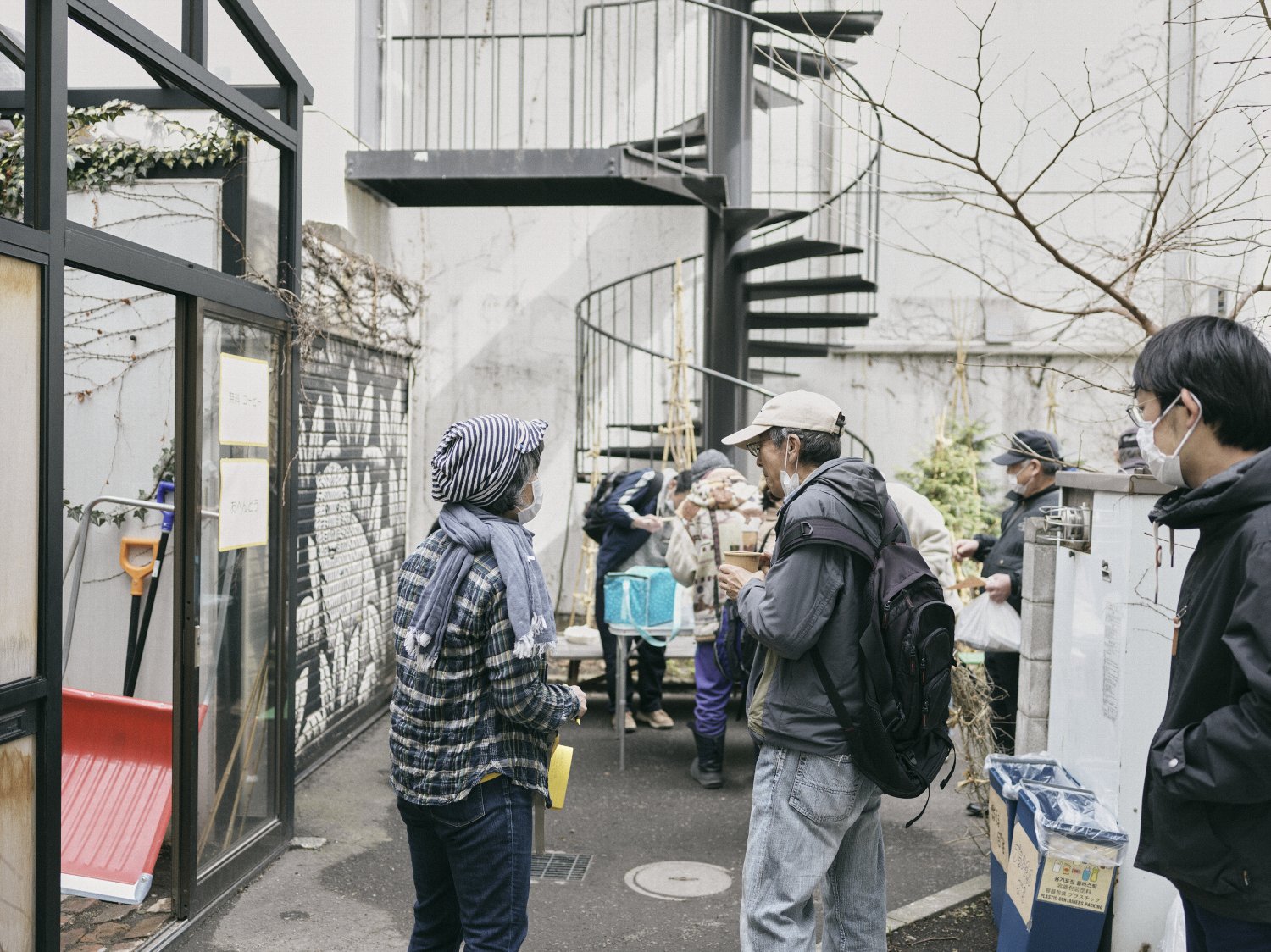 Attempts are made to create an atmosphere in which people who have never been interested in such social issues can easily participate. (Photo courtesy of UNTAPPED HOSTEL）

The desire to create a mutually supportive society

In the future, the shelter aims to be managed as a non-profit general incorporated association. It is hoped to try various things while considering a system that does not generate a deficit.

“We hope to create a mutually supportive society in a tangible way. When you know there are various kinds of support, everyone has peace of mind. In that way, there will be no need for shelters. We hope to make this place a sample of a society that provides peace of mind.” 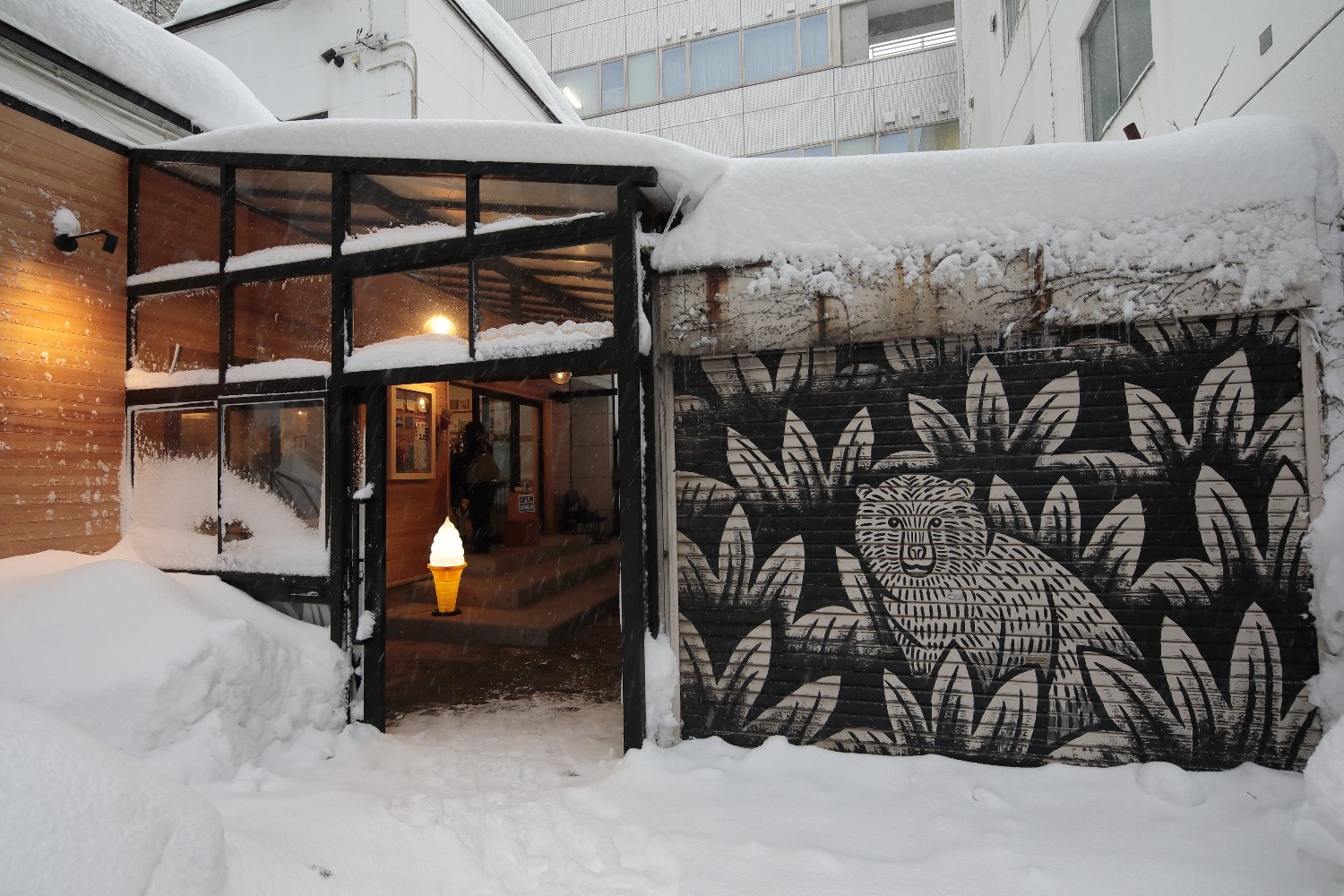 The entrance to the bookstore, located at the end of the street by the side of the hostel; the 2nd floor shelter can accommodate up to four people.

Just as the COVID pandemic suddenly plunged the hospitality and tourism industries into despair, people have also become anxious about what will happen to their lives. People with such anxieties are by no means uncommon. It is hoped that society can be changed to one in which we can offer a helping hand to each other when we are in trouble, and to one in which we can unhesitatingly ask for help when we are weak.

“It's only a small effort, but I want to be a force for correcting what I think is wrong, even if it’s only in a small way."

The hostel, named UNTAPPED, meaning “undeveloped” or “not yet found,” is becoming the base for pioneers who are developing “the kind of society we want.” 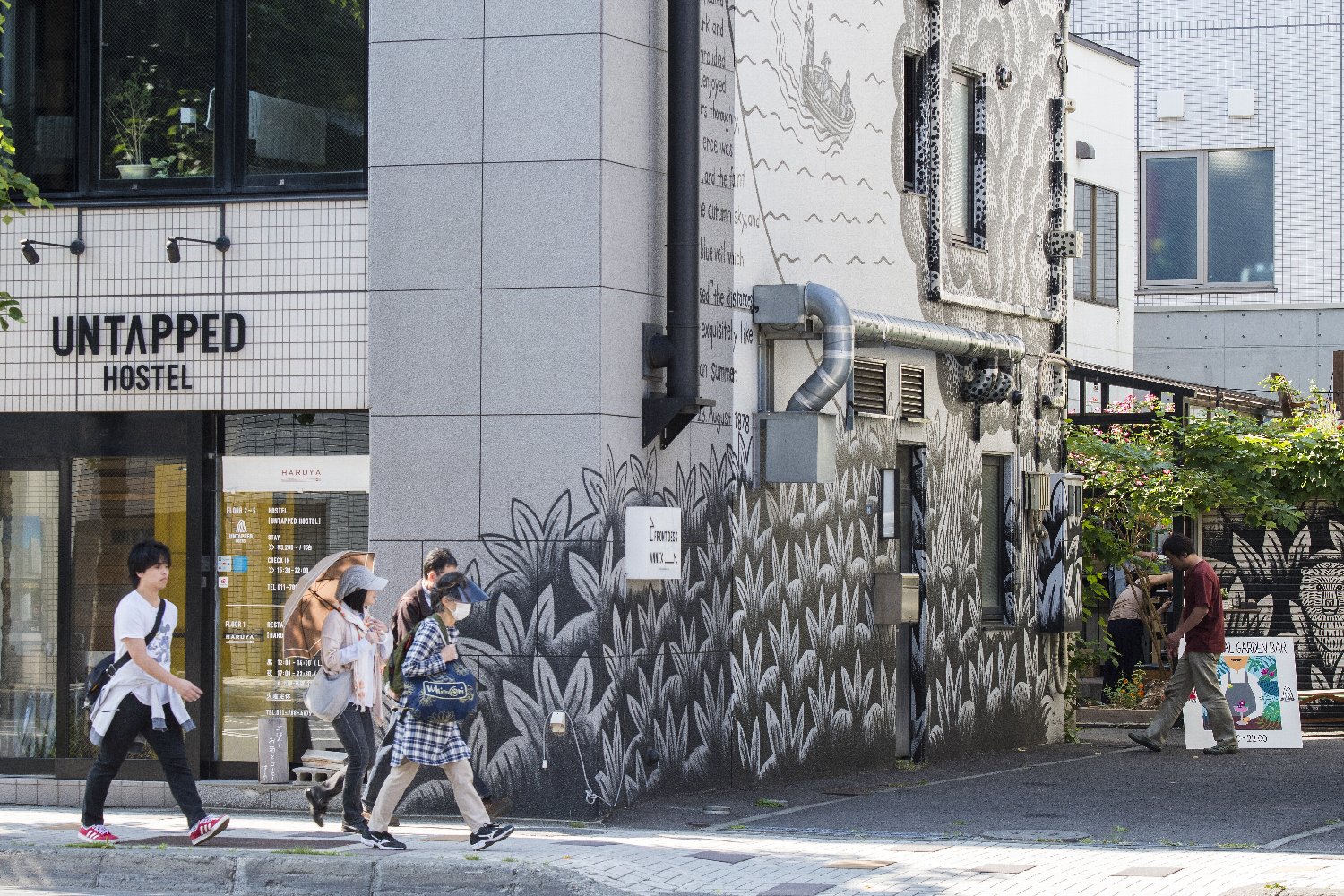