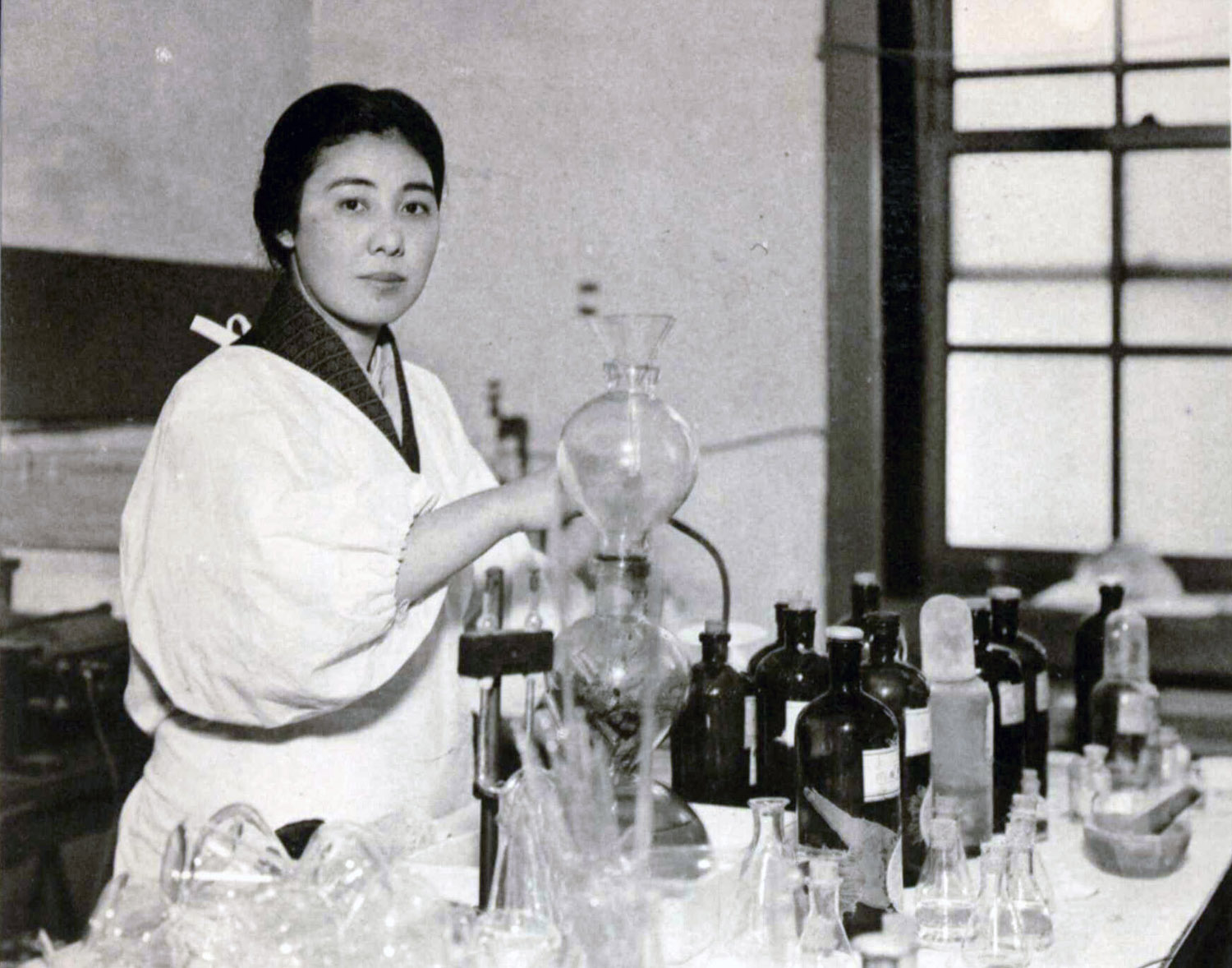 How did Kato Sechi, who was born at a time when women were not allowed to study at the Imperial University, open the doors of Hokkaido University and pursue a career as a scientist?
Words by Yajima Azusa
Translation by Xene Inc.

My lack of academic skills is not my fault

Sato, who was in the first class of the Sapporo Agricultural College, received education directly from William S. Clark and had long been advocating the need for women's education to acquire the Christian spirit and culture for the development of Hokkaido. In 1887, when Sarah C. Smith, an American missionary, founded a girls' school in Sapporo, Sato supported women's education by serving as an advisor to the school in its early days.
Sato appointed seven professors to the committee and asked them to consider Sechi's admission. However, the faculty committee opposed Sechi's admission on the grounds that she did not have enough academic skills. Even though Tokyo Women's Normal School was the most prestigious school for women at the time, it did not provide sufficient academic skills. Sechi was indignant and protested strongly saying, "My lack of academic skills is not my fault. It's because the education system is faulty. The university should open its doors to women." The university was overcome by her enthusiasm and admitted her in September 1918. 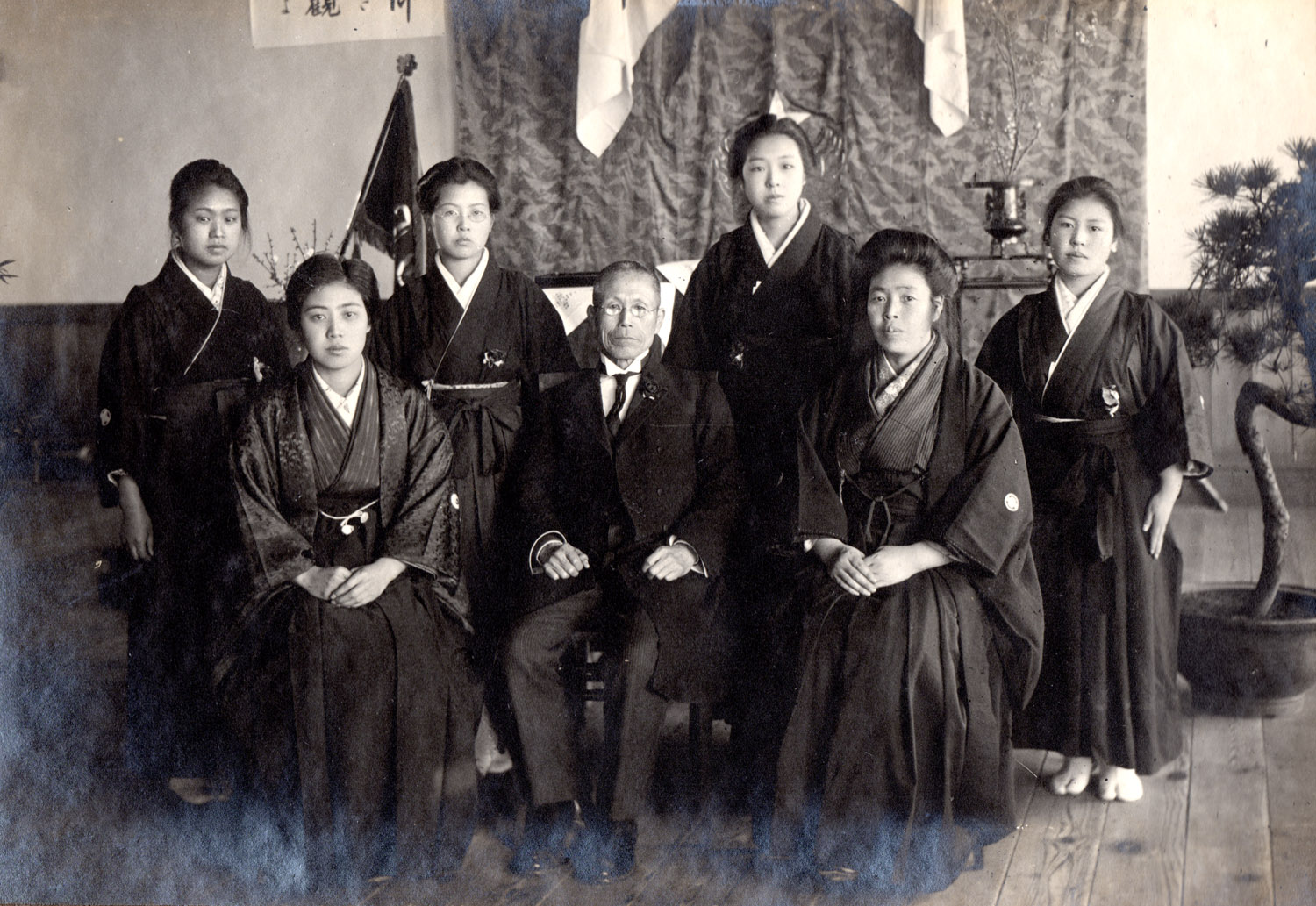 Learning is a lively and dynamic process

When I went to these lectures which I had been working hard to attend, it was as if my pen couldn't keep up. The lectures on economics, which were all in English, and animal physiology, in which the original language of each country was spoken, often left me puzzled, and I was forced to organize my notes and study the language every day.

It must have been hard work, but it was full of fascination. She also said conveying her excitement, "Learning is a three-dimensional unstoppable form that has depth and is lively and dynamic."
Sechi completed all her studies three years later in 1921 while working at Hokusei High School for Girls. Her graduation thesis from Hokkaido University was an English paper entitled "The effect of dry condition upon the germination of apple seeds" (in the library of the Research Faculty of Agriculture). Her ability to complete her thesis in a short period of time was well received, and after completing her studies at Hokkaido University, she worked for about a year as an assistant researcher in the Agricultural Chemistry Laboratory of the School of Agriculture. 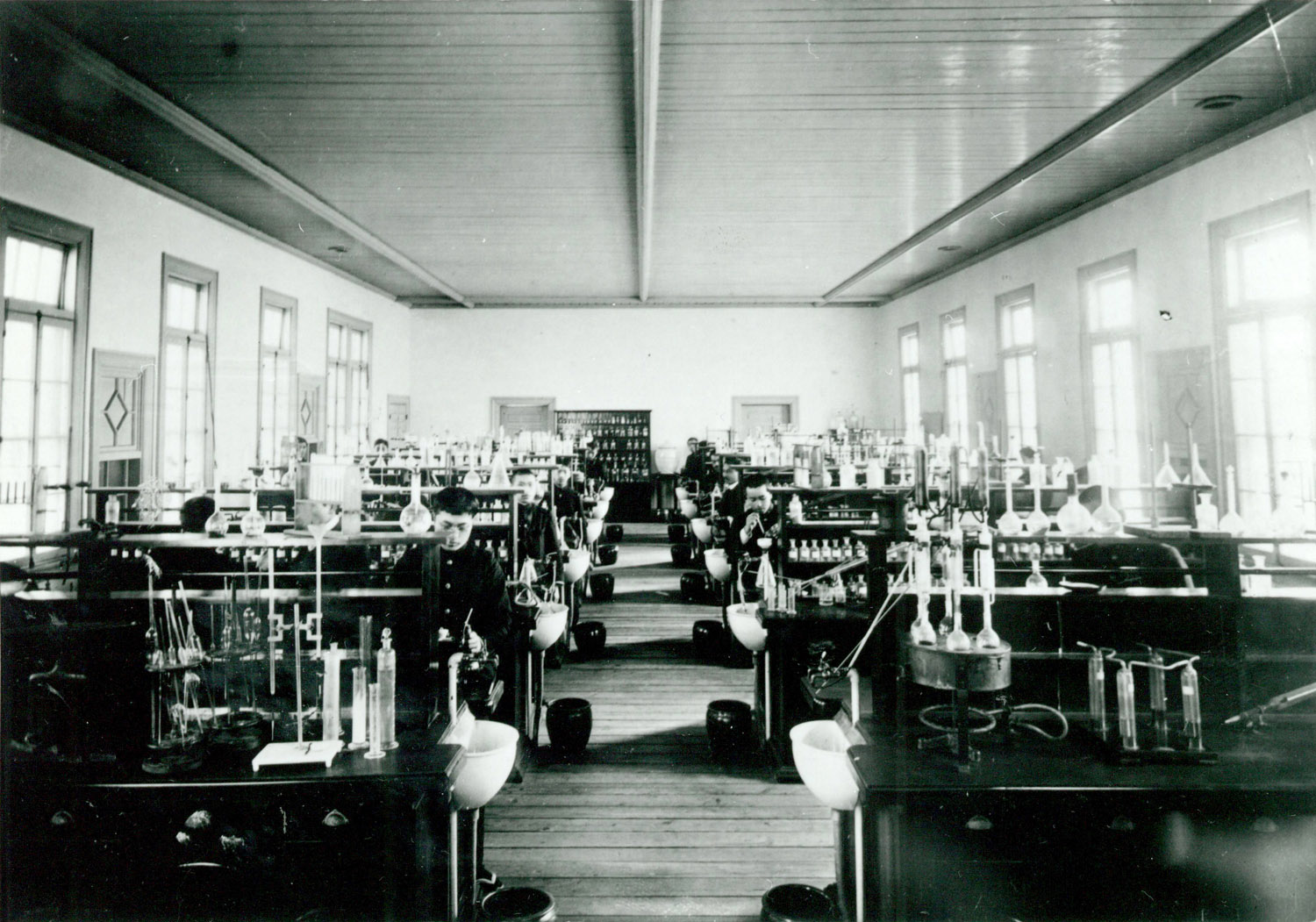 Science exists in every corner of the kitchen

In 1921, Sechi married the architect Sato Tokusaburo.
In 1922, Sechi went to work at RIKEN in Tokyo, becoming the first female researcher to study spectroscopy in a physics laboratory. She came up with the idea of applying absorption spectrum to chemical analysis as she watched the experiments. By measuring absorption spectrum with a spectroscope, the nature and quantity of substances in a sample can be studied without destroying it. Sechi continued to make solutions of one organic compound after another in the storage room, patiently measuring the absorption spectrum and examining the relationship with the chemical structure.
In 1931, at the suggestion of a professor in the Faculty of Science at Kyoto University, she submitted her doctoral dissertation, "Polymerization of Acetylene." She became the third woman in Japan to receive the degree of Doctor of Science. This was at the age of 38, 10 years after completing her studies at Hokkaido University. 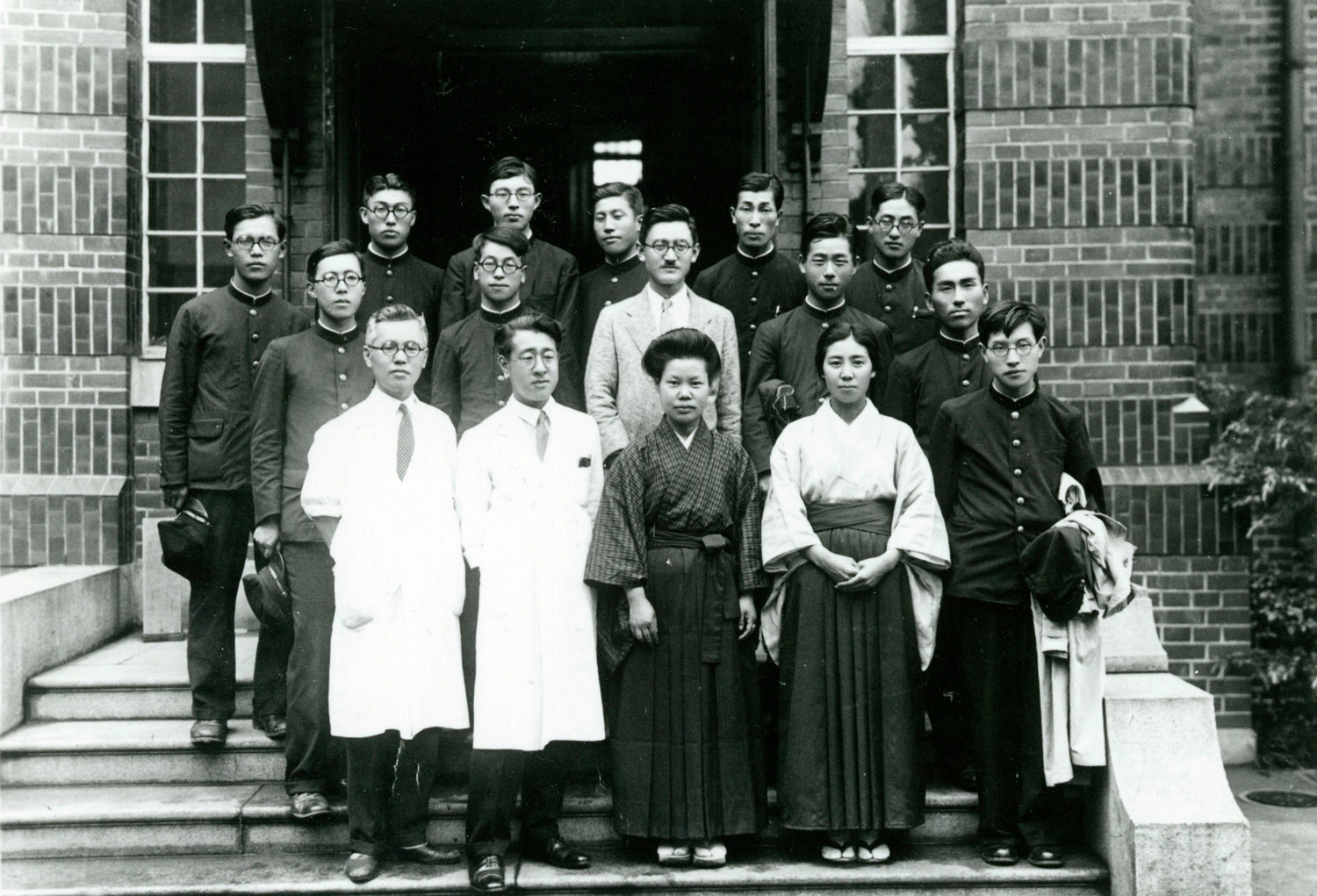 The year she joined RIKEN, she gave birth to her first son, Jinichi, and two years later to her first daughter, Ko. At a time when there was no maternity leave system, she was grateful for the understanding of her husband and the support of her stepmother, Kin, who lived with her.
The relationship between Sechi and Kin was profound. Sechi was born in 1893 to a wealthy farmer in Yamagata, but lost her mother, brother, sister, and the family home in a major earthquake, and her father died of illness when she was 15. Afterwards, she lived with her step mother and became an elementary school teacher. Kin, who had later moved to Tokyo to live on her own, wrote her repeatedly, "Go to Tokyo and study. If you don't study as much as you can when you are young, you will surely regret it later." If it hadn't been for Kin's presence, Sechi might not have thought about going back to study at Tokyo Women's Normal School, or going to Hokkaido University while working at a girls' school in Sapporo, or even continuing to work as a researcher.
During WWII, RIKEN was forced to cooperate with the war effort in a variety of fields. Sechi also conducted research on aircraft fuel as a Cabinet wartime researcher. In addition, she was involved in research on penicillin, an antibiotic discovered as a treatment for pneumonia and other infectious diseases.
What must have been going through her mind as she pursued her research career while wearing the coat of Jinichi, who was killed in action on Iwo Jima? In the alumni magazine, Sechi wrote, "I was able to return to the starting point of my research at the laboratory, which had almost lost its independence due to the defeat in the war. I turned my attention to biochemistry and continued my research with enthusiasm because I was inspired by the education I had received at Hokkaido University."
Those with families know the importance of checking the production area when buying vegetables and identifying how to use the vegetables based on the features of that area. It was the researcher Kato Sechi who came up with the idea that science exists in every corner of the kitchen. 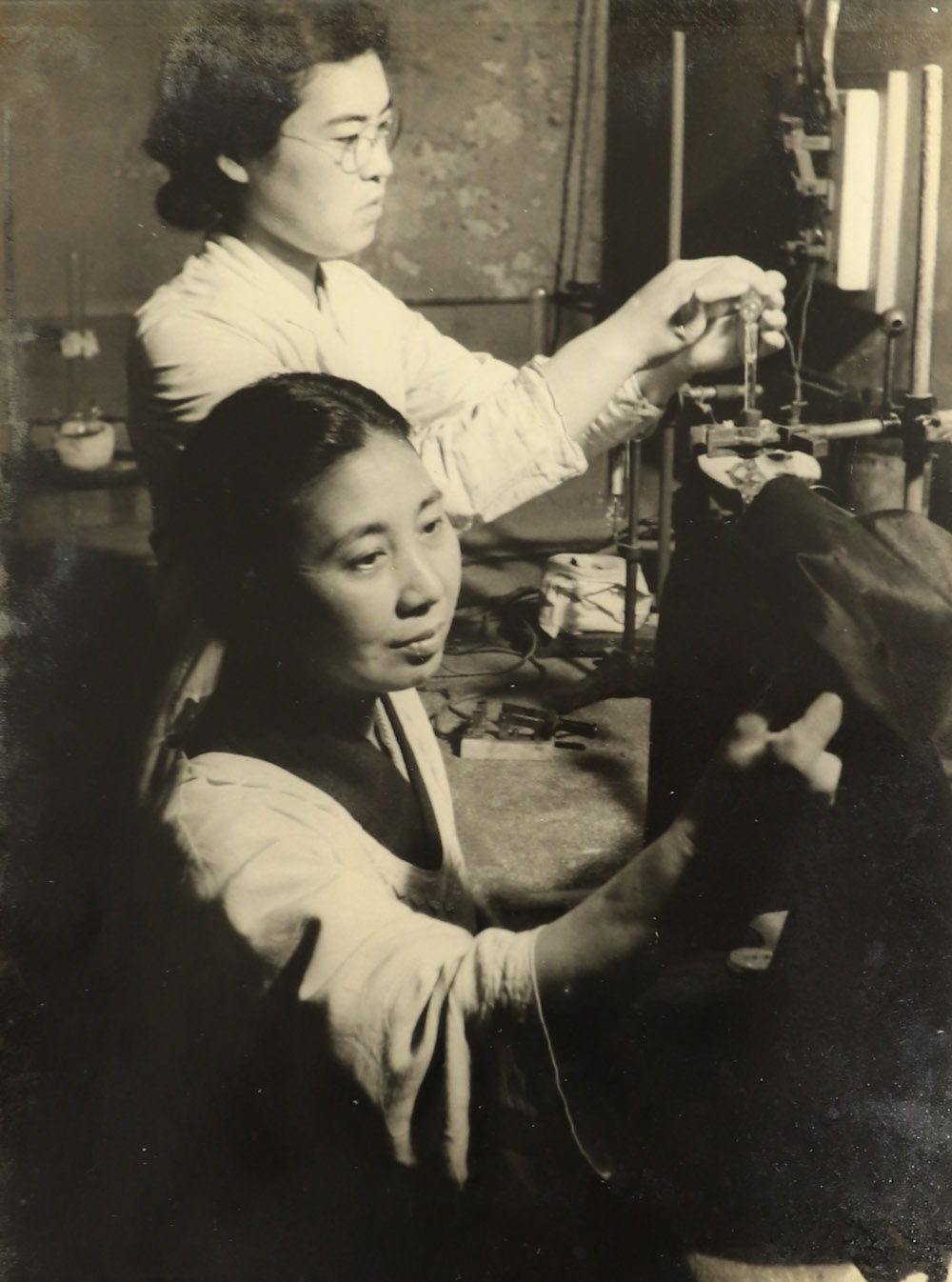