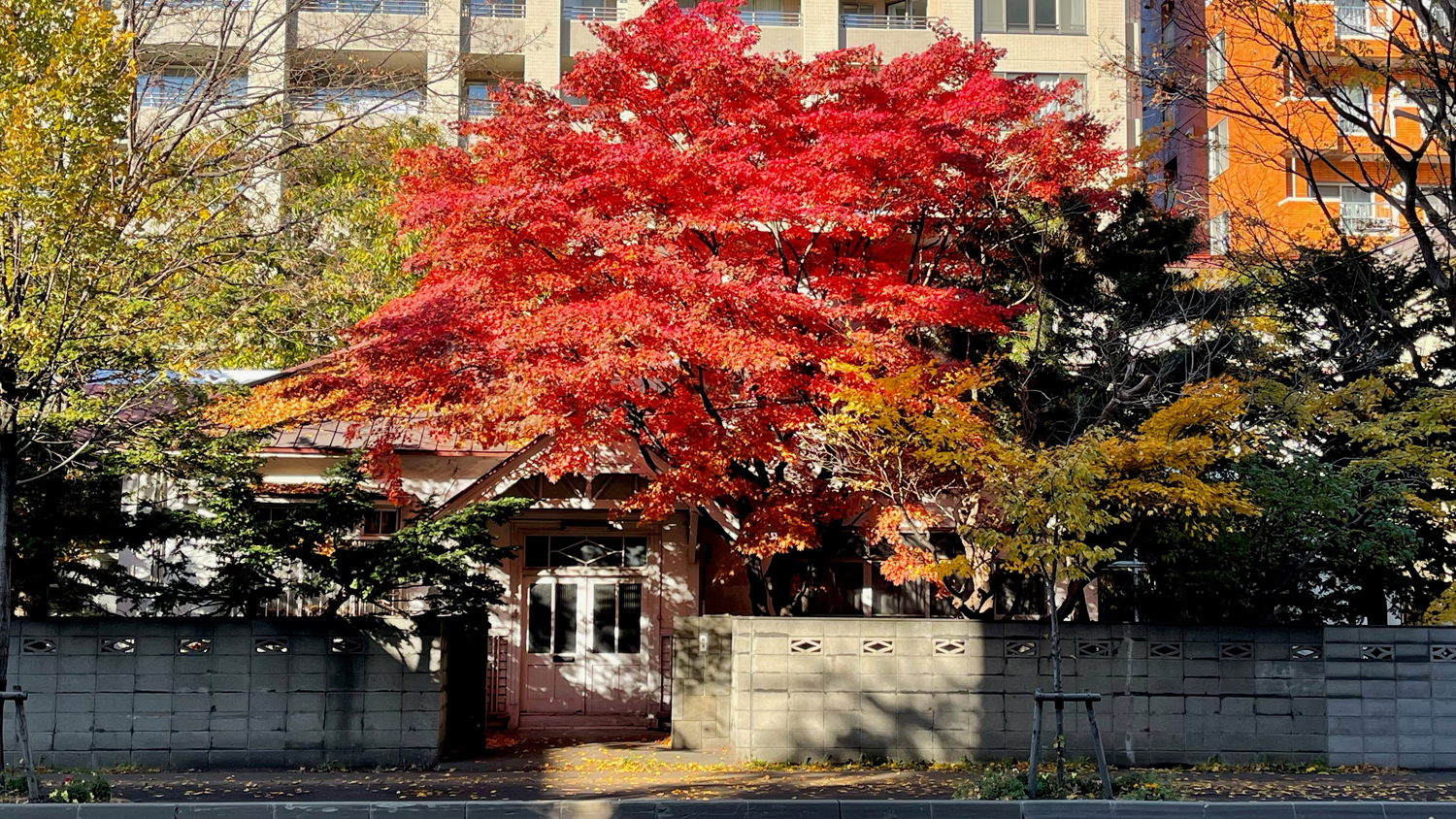 A western-style house, built in 1903, is located a 3-minute walk from the South Gate of Hokkaido University. It was built as a residence by a doctor of engineering from Sapporo Agricultural College. In 1919, Abe Unohachi, one of the founding members of Hokkai Shimbun newspaper, moved into the house. Descendants of the Abe family still live there today.
Words by Yajima Azusa
Photographs by Ito Rumiko
Translation by Xene Inc.

Missionaries planted seeds on this land

Ms. A, Abe Unohachi’s granddaughter, was born in this house and lived there until the spring of 1946. She introduces her childhood memories, saying, “Before the Christian Center was built across the street, there was a western-style house where Dr. Horiuchi Juro – who later became president of Hokkaido University – lived with his family. I often went there to play.”
A look into the history of the Hokkaido Christian Center reveals that in 1911, a group of missionaries from the Presbyterian Church in the United States of America in Japan purchased a corner lot of Kita 7-jo Nishi 6-chome, Chuo-ku, Sapporo, as a site for a missionary hall. Missionary Leo C. Lake, who worked at Hokusei Girls’ School from 1918, lived with his family in the missionary hall that was built there. Sarah C. Smith, the founder of Hokusei Gakuen, also built a home there after retiring from Hokusei in 1921, and lived there with graduates from the school. The current Hokkaido Christian Center was built on this site in 1951, as a place for Christians to train, serve, and interact with the local community. 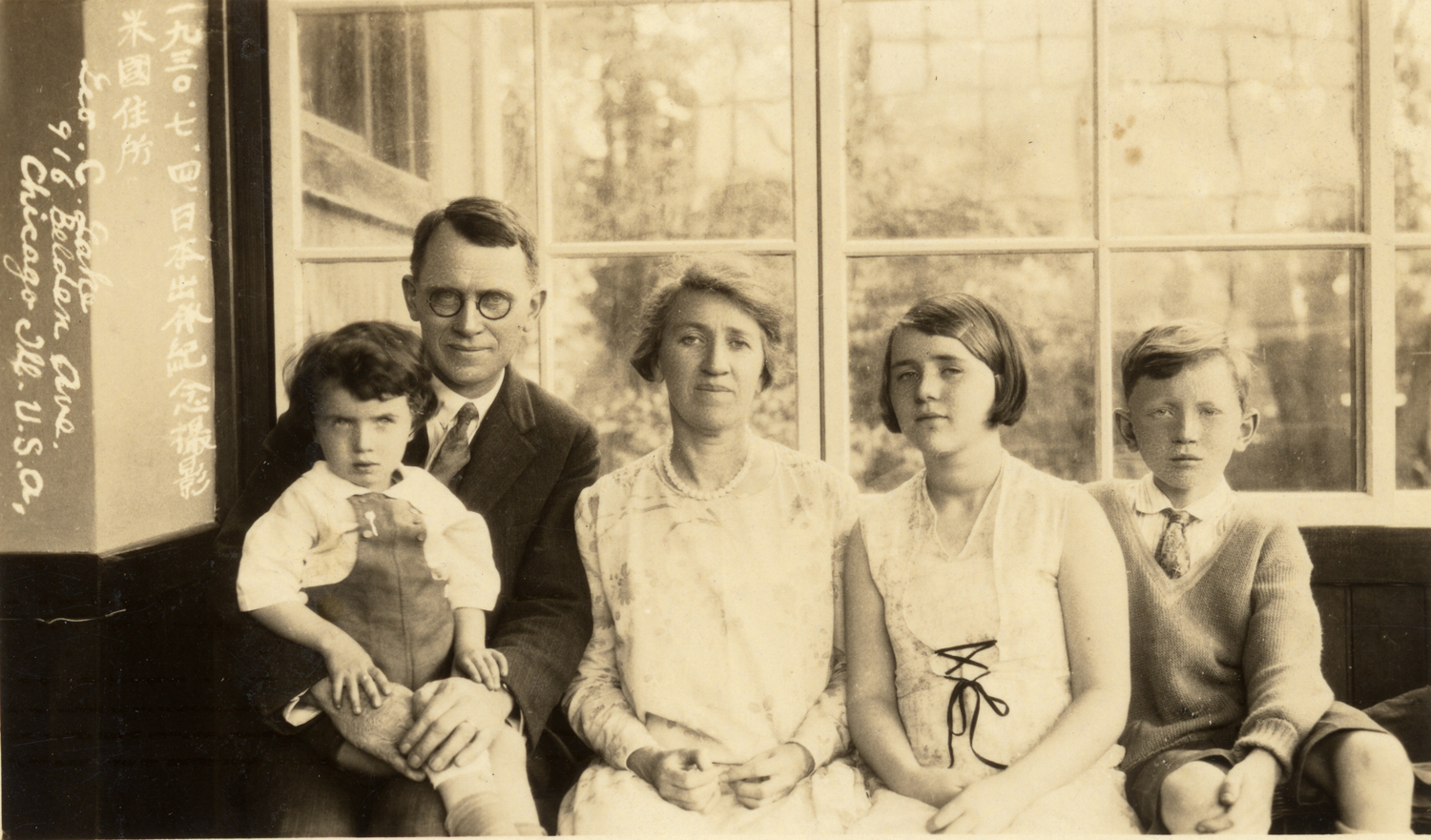 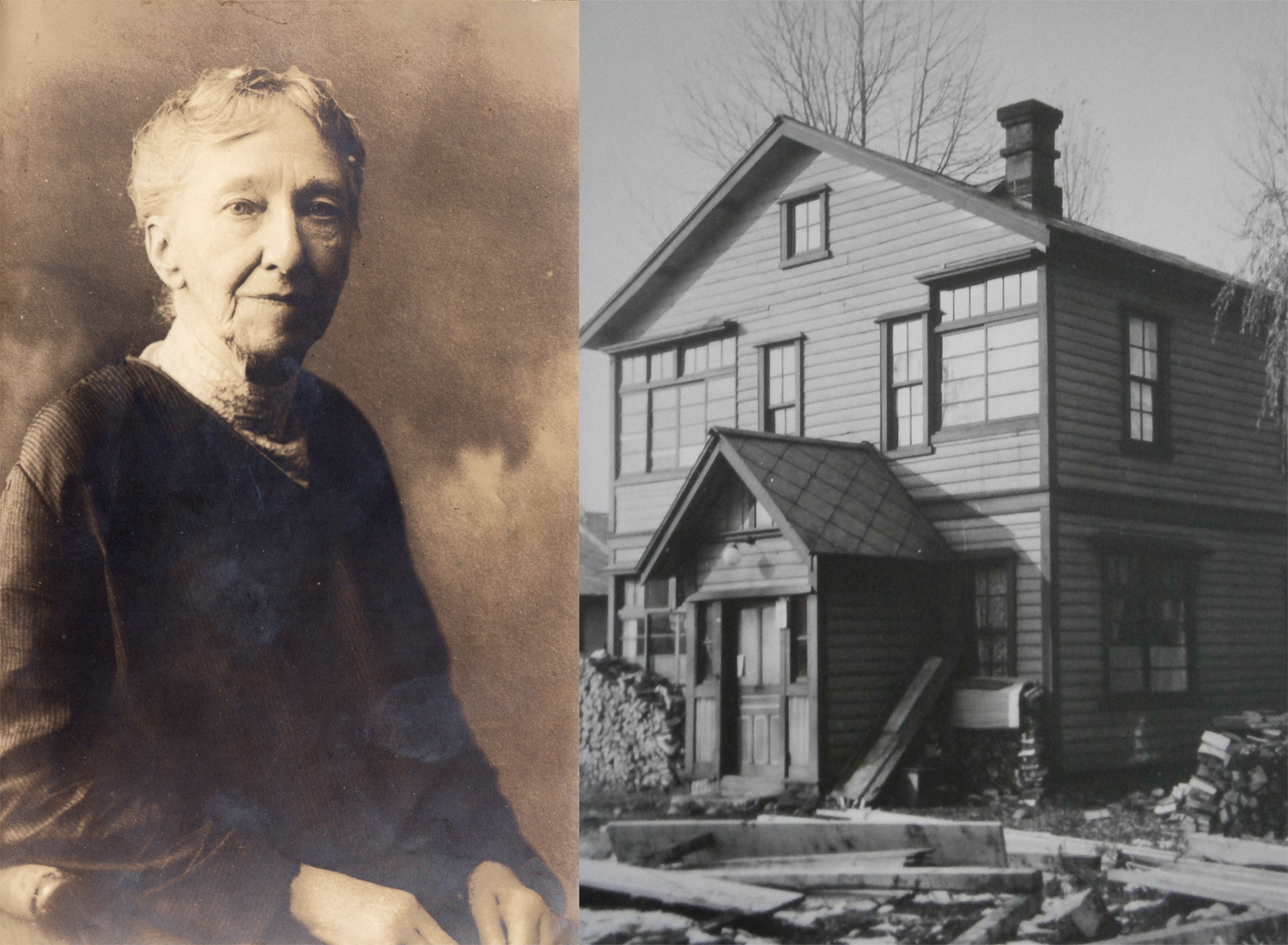 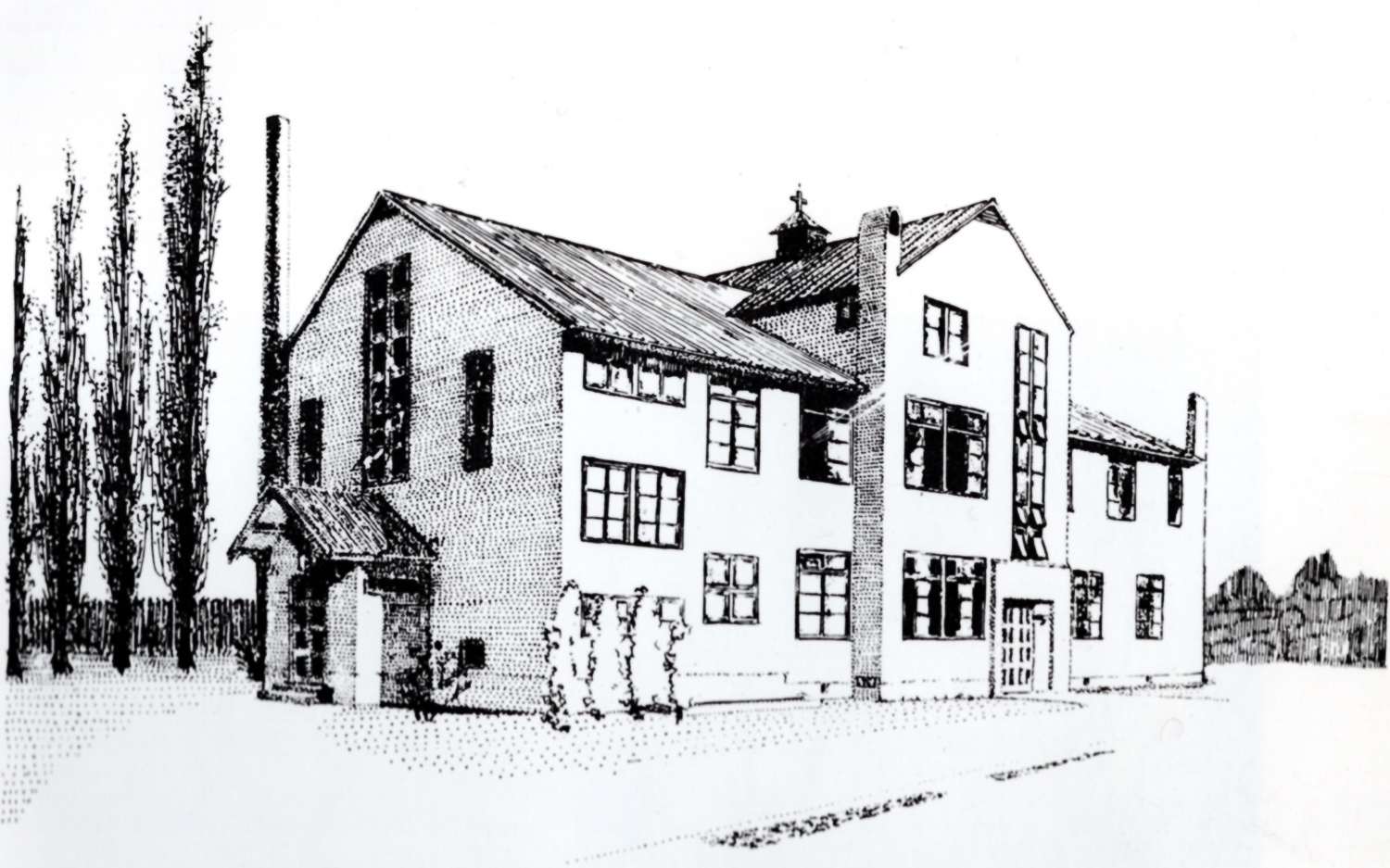 The Hokkaido Christian Hall was a three-story structure (in part) built of wood and mortar. It was designed by the Vories Architectural Office (reproduced from a leaflet distributed at the time of its founding).

Ganju Dormitory for people from Iwate

“In the olden days, Kita 8-jo Street became a dead-end after Nishi 6-chome; there was no road to Soen. That's where the Ganju Dormitory was located,” says Ms. A. When old maps were checked to see how long it had been a dead end, it was found that there was no road to the west on the 1962 map, but a new road extending west from Kita 8-jo Nishi 6-chome was on the map of the following year.
In the past, dormitories built by prefectural groups, such as those from Akita, Miyagi, Yamagata, Saitama, Nagano, Wakayama and the like, were scattered around the Hokkaido University area, and the Ganju Dormitory was built for people from Iwate Prefecture.
The dormitory was completed in November 1927. It comprised 20 dormitory rooms, a reception room, guest rooms, a dining room, a bathroom, a kitchen and a laundry room; at that time, it was unusual for a dormitory to offer private rooms to residents. It was equipped with the latest facilities, including electric cooking and bathing facilities, flushable toilets and steam heaters. 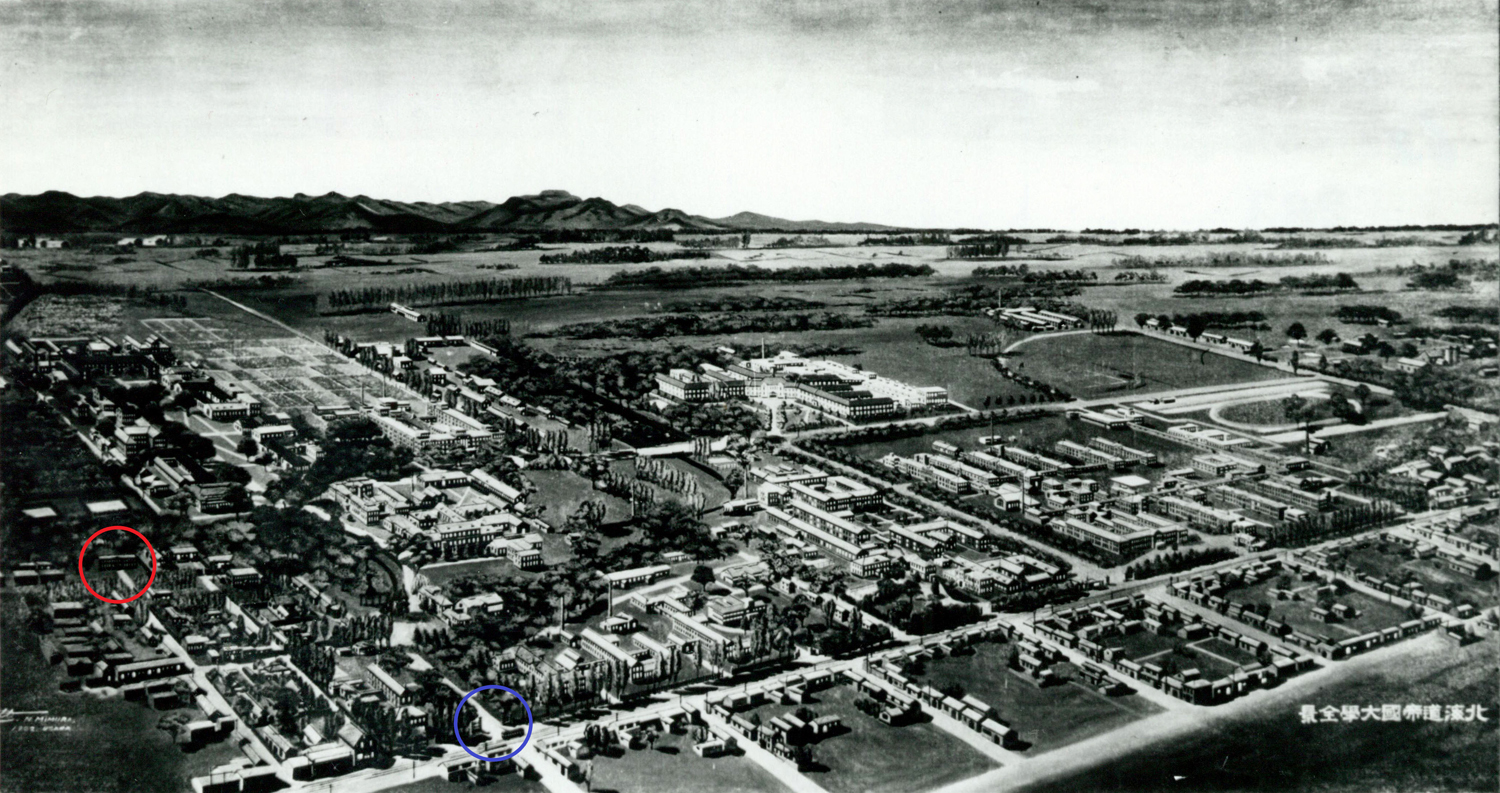 Artist Tateishi Tetsuomi, who stayed at the Ganju Dormitory from July to September 1929, drew this picture of the dormitory and his travels (reprinted from the second edition of the ‘Ganju Dormitory 50th Anniversary Commemorative Magazine’).

According to the ‘Ganju Dormitory 50th Anniversary Commemorative Magazine,’ the motto of the dormitory was “be social, be gentleman”, which was Dr. Clark's educational philosophy, and the dormitory was noted for its strong cultural atmosphere. Before the war, many scholars, musicians, painters and politicians visited and stayed at the dormitory, and dinners and lectures were held on each occasion.
In 1957, the aging Ganju Dormitory was demolished, and has since been moved to a different location, now reborn as the fourth Ganju Dormitory.

The campaign against the Japan-US Security Treaty, and the transition from the peace movement to the childcare movement

“Please help me! I'm going to be killed.” A young man wearing a Hokkaido University School of Agriculture Union helmet, with blood dripping from his nose, fell into a private house. When asked about his situation, he replied, “I was beaten up by students from another faction.” This was in 1970 – a time when the student movement against the Japan-US Security Treaty was intensifying. When neighbors were asked, they also testified, “The same thing happened at our house, too.” This part of the residential area was also the scene of Molotov cocktails being thrown. 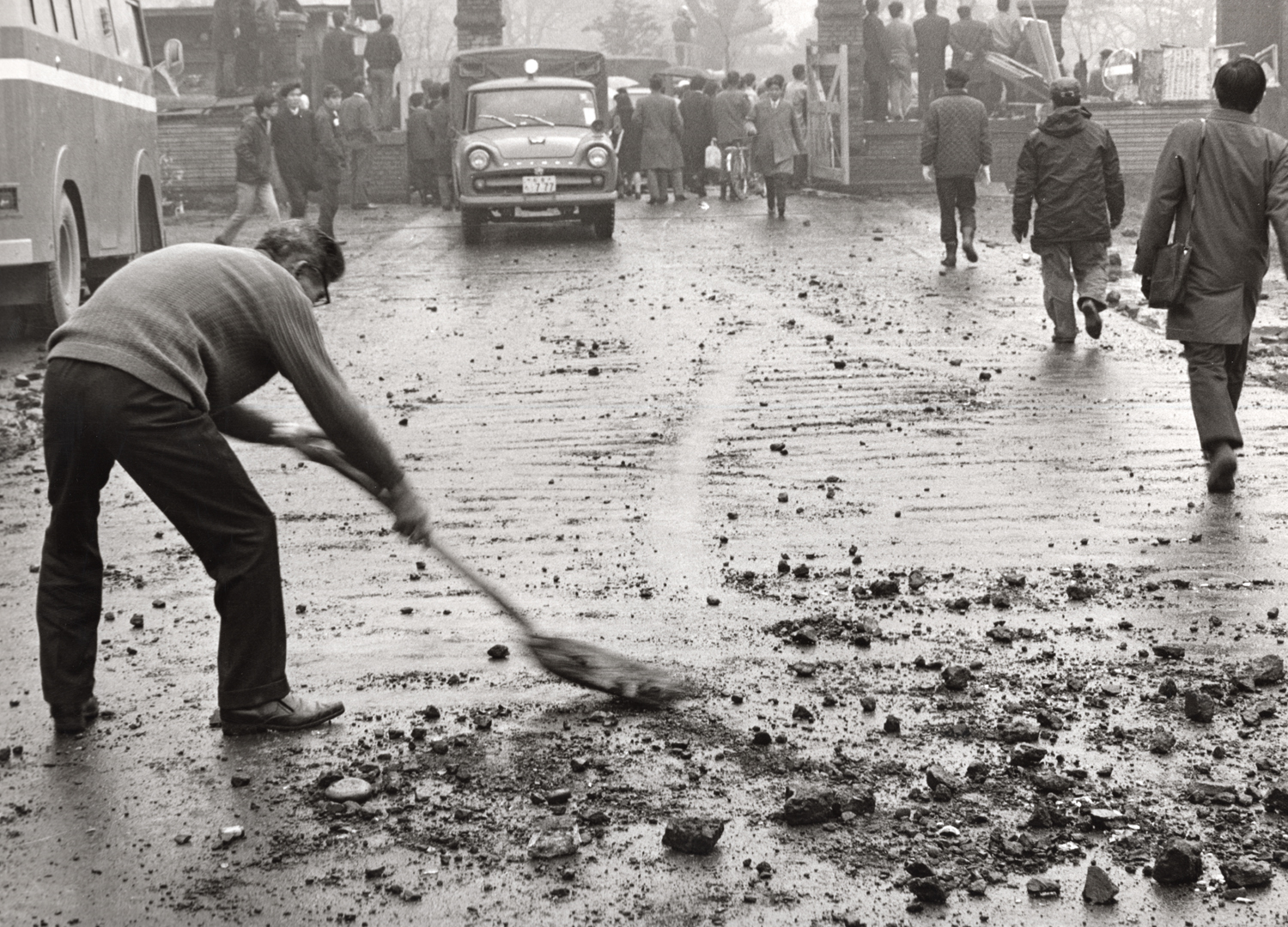 Local residents clear up the mess after student conflicts near the South Gate of Hokkaido University, circa 1970 (Photo: Yajima Shinichi)

In 1966 in Tokyo, Hiratsuka Raicho announced “an appeal to all women in Japan to stop the aggressive war in Vietnam.” Influenced by this peace movement, the following year, a group of women launched the Sapporo Vietnam Discussion Group, based at the Hokkaido Christian Center. Its main activity was to gather calls to stop the war from people all over Japan, and produce a booklet titled Voices for Peace. 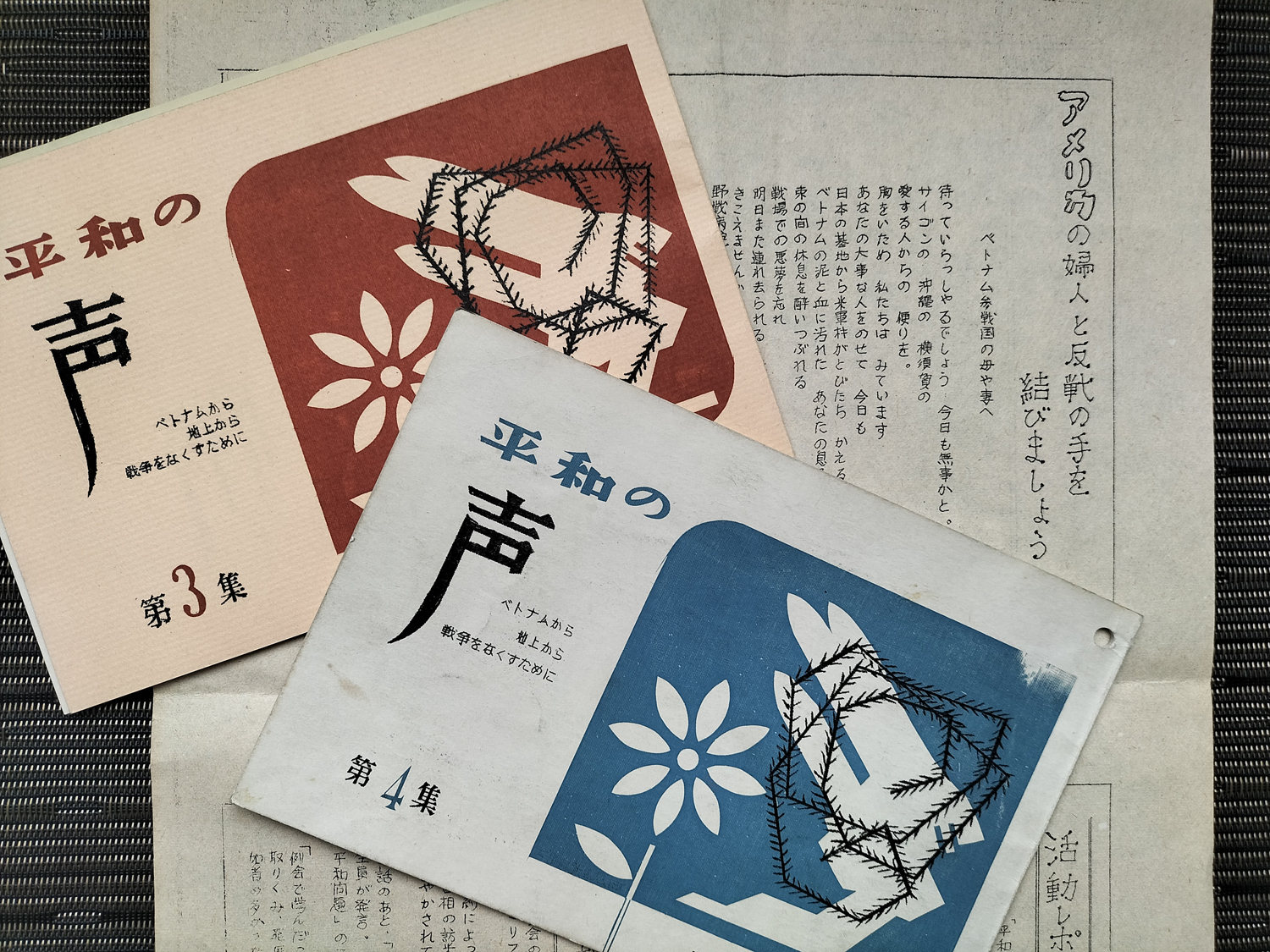 Voices for Peace published by the Sapporo Vietnam Discussion Group

Subsequently, the women turned their attention to the childcare movement. One day, when a mother living in the neighborhood was letting her children play on the Hokkaido University campus, three heavily pregnant Hokkaido University employees approached her and asked if she could take care of their babies as soon as they had given birth, demanding “If you're raising three children, it's just the same for you to raise four or five, isn't it?”
At the time, there was no nationwide system in place for childcare centers that would take care of babies, and maternity leave from work could only be taken until the child was 42 days old. If a mother took leave after that period, there was not much hope of her returning to the workplace. This encounter led to the ‘Yurikago-no-Ie (cradle house) Community Nursery’ – a room in a house on Kita 7-jo Nishi 6-chome, where children could be taken care of from the 43 days old – being established in September 1968, and it is still going strong today as the ‘Horokita Yurikago Child Daycare Center’ (Kita 18-jo Nishi 7-chome). 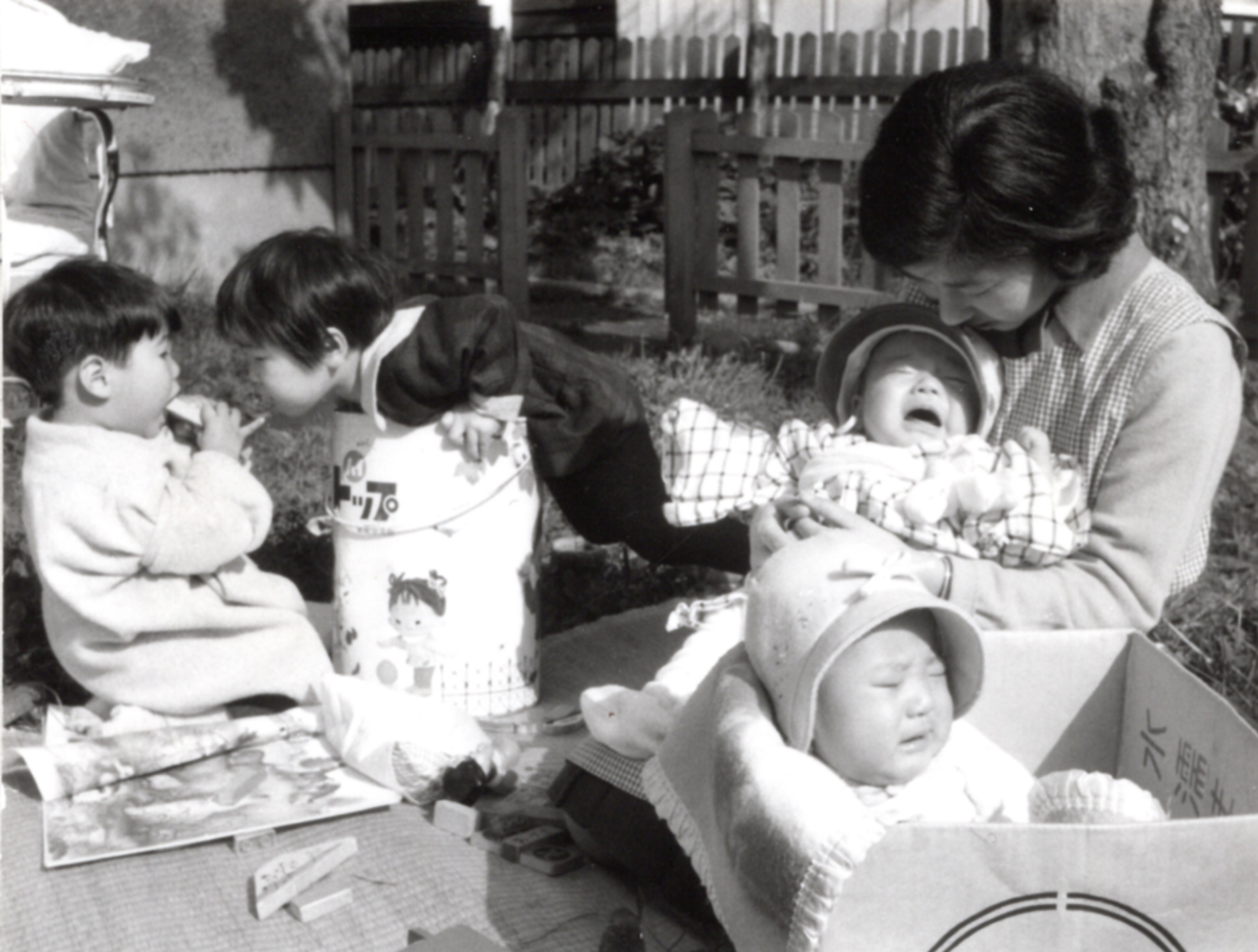 If you dig under the South Gate area of Hokkaido University

I visited the Abe residence for the first time in 10 years. The moment I opened the front door, I felt as if I had stepped back in time. All the furniture, fixtures and fittings in the drawing room retain an atmosphere in which any of the former residents could appear at any moment. “What’s protecting this house is the underground water. In the past, abundant amounts of water sprung from Kairakuen Garden, so there are veins of water in this area, making it difficult for high-rise buildings to be built,” says Abe Wakako, the great-granddaughter of Abe Unohachi. The house has been preserved for four generations by Unohachi's third son, Shizuo, and his eldest son, Kotaro.
The Kairakuen Garden spring water flowed into a number of streams. The garden was opened by the Development Commission in 1871, as Sapporo's first park. It was 1880 when Seika-tei was built as a reception hall for distinguished guests.
“The Manabe Residence was also nearby, and the Hokkaido University South Gate area is very interesting in that it’s an area that conveys the history and culture of the Sapporo Station area,” says Wakako. 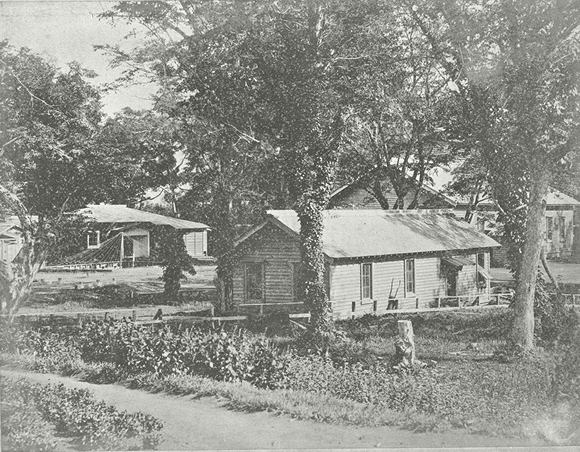 Walking route around the Hokkaido University South Gate area
●Hokkaido University South Gate/Former Agricultural College Gatehouse (Kita 8 Nishi 5)
The South Gate, made of alternate layers of brick and soft stone, was originally the main gate on the west side, but was moved to its present location in 1936 to make way for a new main gate.
●Former Matsumura Residence (Kita 8 Nishi 5)
Built in 1902 as the residence of Professor Matsumura Shonen of the Sapporo Agricultural College. It is now a restaurant serving Kyushu cuisine.
●Abe Residence (Kita 8 Nishi 6) *External viewing only
Built in 1903. The great-grandchild still lives in the house, which appears just as it did in the past.
●Former site of the Ganju Dormitory (Kita 8 Nishi 7)
At the entrance of the Hokkaido University Co-op Building, there is a nameplate that reads, ‘Place of origin of the Ganju Dormitory’.
●Seika-tei (Kita 7 Nishi 7)
Built in the Kairakuen Garden in 1880 as a reception hall for distinguished guests of the Hokkaido Development Commission. It is a tangible cultural property of Sapporo City.
●Kairakuen Garden (Kita 6 Nishi 7)
Opened in 1871 as Sapporo's first park. The park also contained a salmon hatchery, plant breeding grounds and an industrial research station.
●Toyo Camera House (Kita 7 Nishi 5)
Built in the Meiji era, the building has been used as a pawn shop, a newspaper sales office and camera store. The building includes a warehouse made of Sapporo soft stone.
●Manabe Residence (Kita 7 Nishi 5) *External viewing only
Built in 1915, the Manabe Residence retains its original appearance.
●Site of the Ishikawa Takuboku Boarding House (Kita 7 Nishi 4)
The site of a house in which the poet Ishikawa Takuboku stayed in 1907, when he was 21 years old.
●Former site of the Okada Glass Factory (Kita 7 Nishi 4)
The site where the Kawauchi Glass Factory was established, as the first glass factory in Sapporo, in 1890.