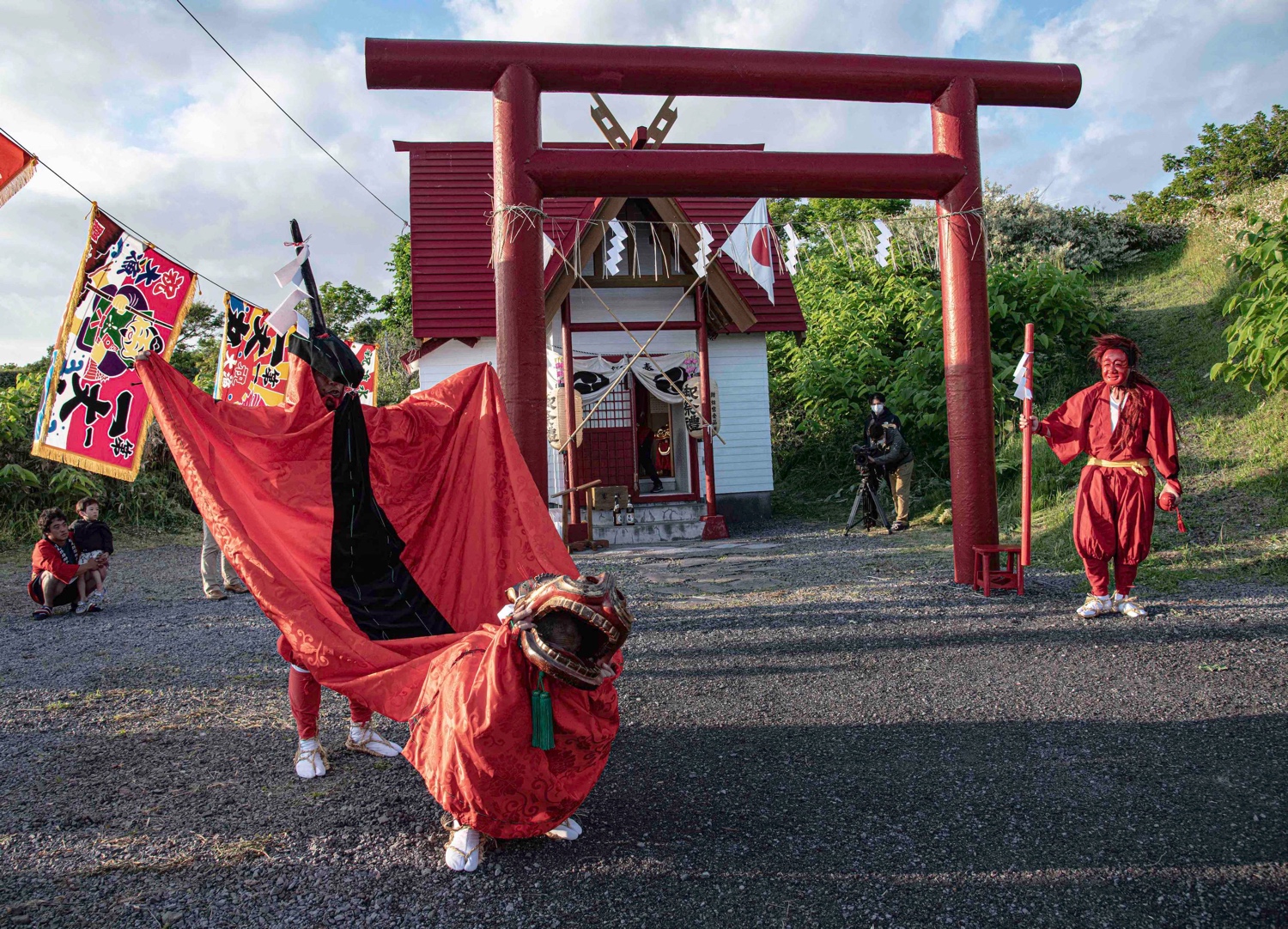 The discovery of a mysterious shishi lion's head in Senhoshi Nagahama on Rishiri Island sparked people's interest, and in 2004, the kirin shishi lion dance was revived.
Words by Taniguchi Masaharu
Translation by Xene Inc.

Countless connections made by the kirin shishi lion

In 2004, news of the revival of the kirin shishi lion at a festival at Senhoshi's Nagahama Shrine on Rishiri Island spread both inside and outside the island. This revival was featured on TV programs not only in Hokkaido but also in Tottori, the home of the kirin shishi lion, and Nishiya Eiji (then curator of the Rishiri Town Museum) was one of the members of the Rishiri Kirin Shishi Lion Dancing Association and contributed reports to several media outlets. At this time, the members of the association already had the intention of actively promoting the island's new culture outside of Nagahama.

The highlight of the following year was a visit by the association to Akisato in Tottori, the hometown of the kirin shishi lion. The stage was set for a festival at Araki Mishima Shrine. They performed together with the kirin shishi lion of Akisato, its original home. This was an amazing greeting and memorial service that the descendants of the Inaba people, who traveled to Rishiri from eastern Tottori more than 100 years ago and danced the kirin shishi lion far from their hometown, could offer in the land of their forefathers. 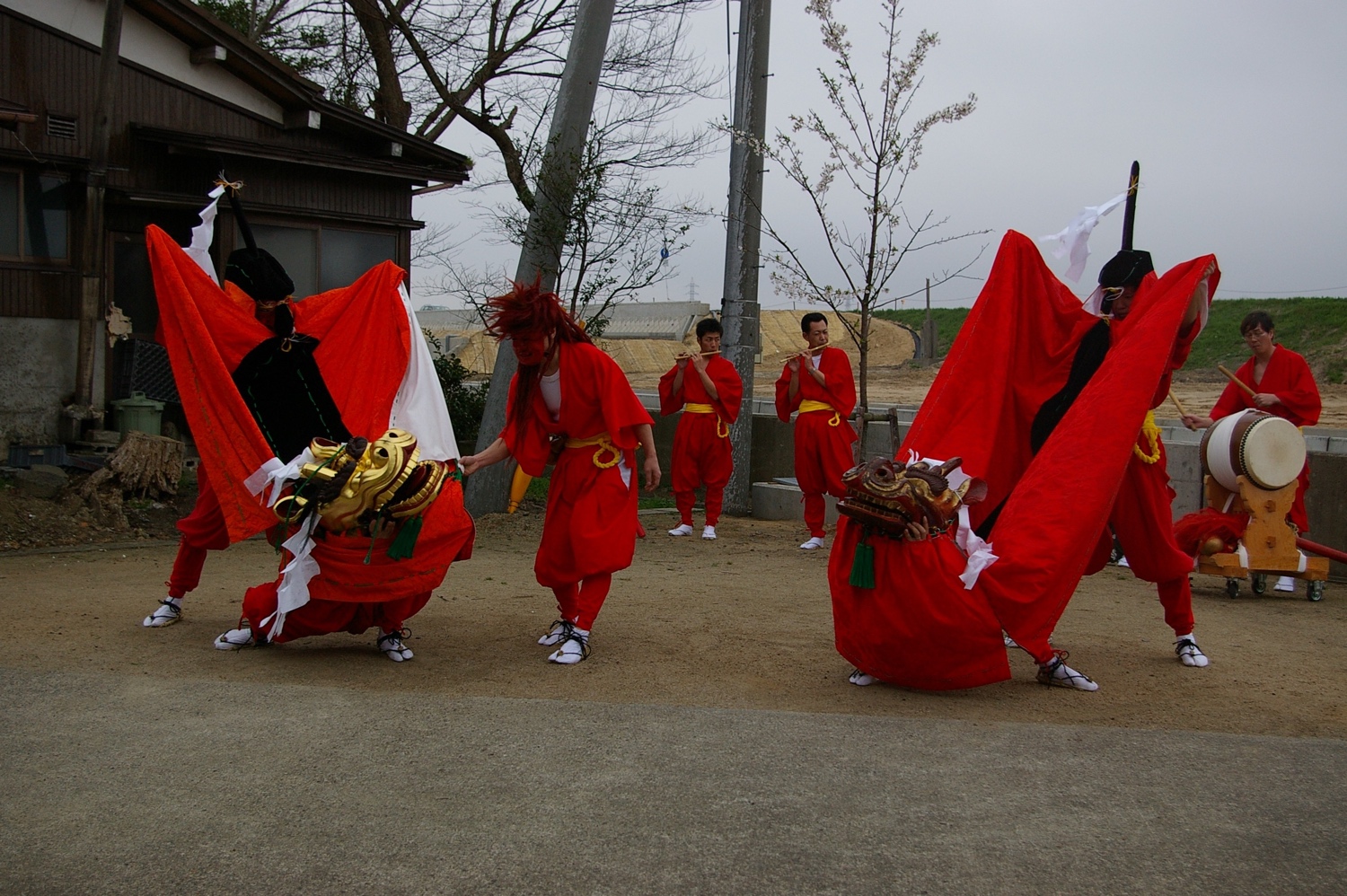 Since then, exchanges between Rishiri and Akisato have continued, including repeated mutual visits, and Rishiri's products now being available for sale in Akisato.
In 2009, "Rishiri kirin shishi lion dancing on the northern island" was selected as one of the "100 Treasures of the Islands" by the Ministry of Land, Infrastructure, Transport and Tourism. 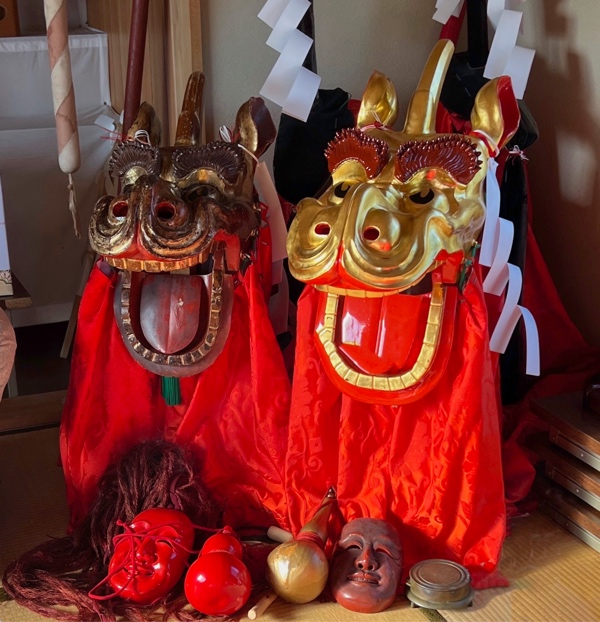 What did the revival of the kirin shishi lion on Rishiri Island mean to Akisato in Tottori?
The spring festival at Araki Mishima Shrine, the origin of the Rishiri kirin shishi lion, was suspended during World War II and revived after the war, but was forced to once again be postponed due to a large fire in the town.
Through the efforts of officials, the great festival was revived in the late 1990s. As the number of long-standing residents dwindled in Akisato, community ties started to fade away. However, in 1996, financial resources were secured and the once great festival was revived. It was not until this year in which the great festival was revived that Akisato officials learned that the kirin shishi lion had been introduced to the far northern island of Rishiri.
The residents of Akisato became more and more aware on a deeper level of the importance of the kirin shishi lion culture in their town through the exchange with Rishiri. At this time, Akisato and Rishiri started forming connections over the revival of their respective cultures. It was a mysterious connection. 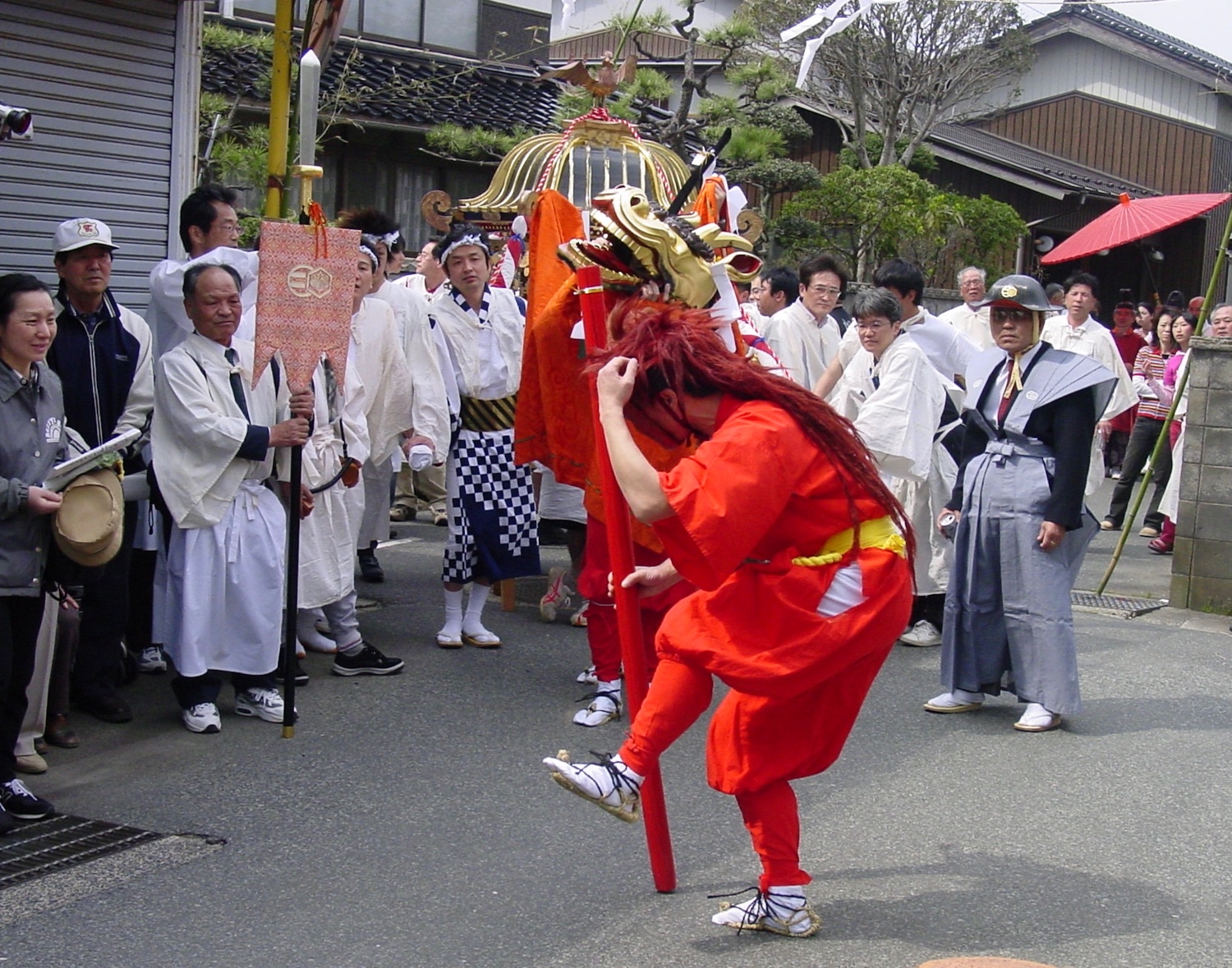 New strength brought to the region

At the 2019 festival of the Nagahama Shrine (June 20), a kirin shishimai lion dance was performed for the first time with two shishi lion heads, one from the Meiji era (1868-1912) and the other a new shishi lion head provided by Tottori in 2010. 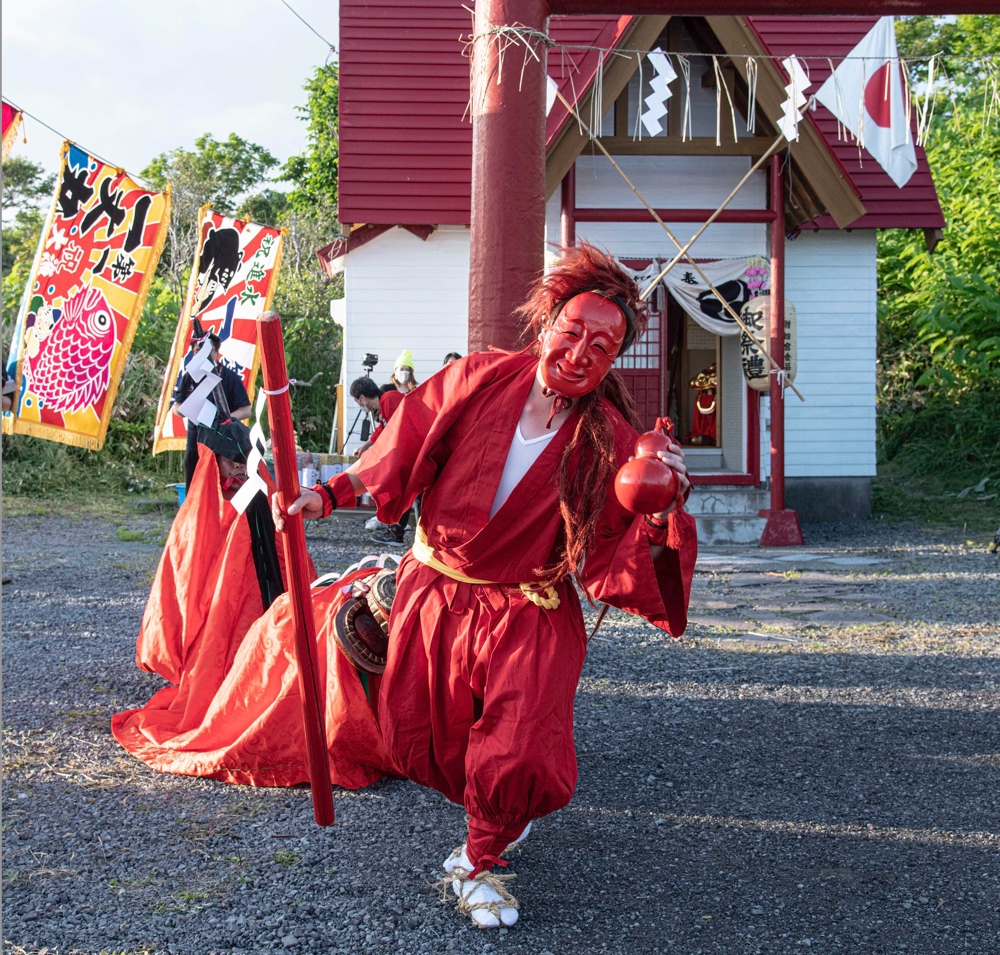 A kirin shishi lion biting a child at a festival at Nagahama Shrine, 2017 (photo by Nishiya Eiji)