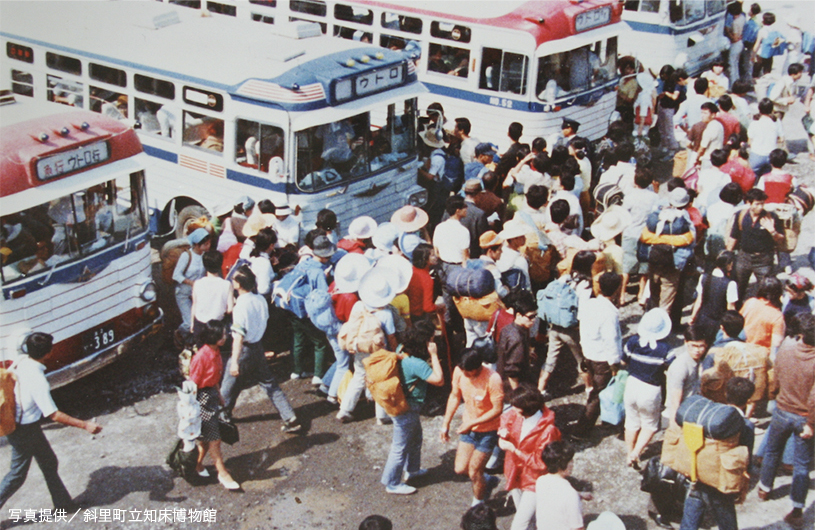 Tourists in front of the Shiretokoshari station, 1968 (photo courtesy of Shiretoko Museum)

The Shiretoko Boom and Era of Western-style confectionery

In 1960, the town of Rausu on the Shiretoko Peninsula was the stage for the movie Chi no Ha-te ni Ikiru Mono (Life at the end of the earth), which was released that year. To express his gratitude to the local people, the film's leading actor presented them with a song called Shiretoko Ryojo (Shiretoko love song). In 1964, the same year in which Tokyo hosted the Olympics, Shiretoko was designated a national park. This was also the year in which the general public became free to take overseas holidays. 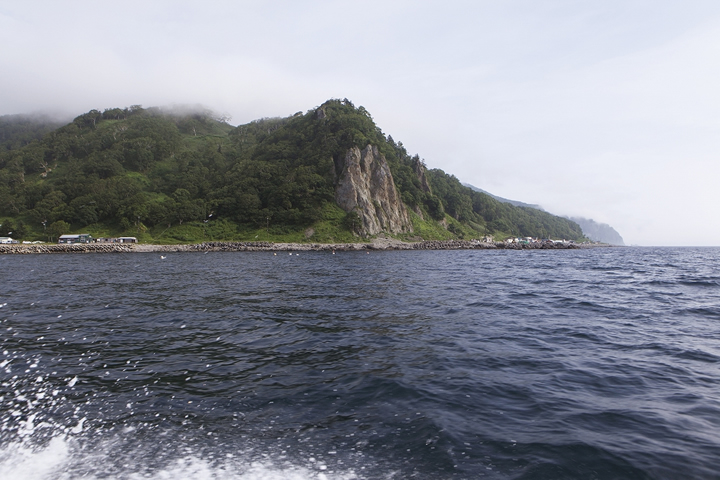 In 1971, singer Tokiko Kato had a big hit with Shiretoko Ryojo and, in 1972, the staging of the Sapporo Winter Olympics heralded an era of internationalization for tourism in Hokkaido.

A new era in Hokkaido tourism, typified by the Shiretoko boom, had dawned and a new flurry of Hokkaido souvenirs had begun. White chocolate sold by Rokkatei in the late 1960s became extremely popular, and Hokkaido's representative souvenir, Ishiya Seika's Shiroi Koibito went on sale in 1976. 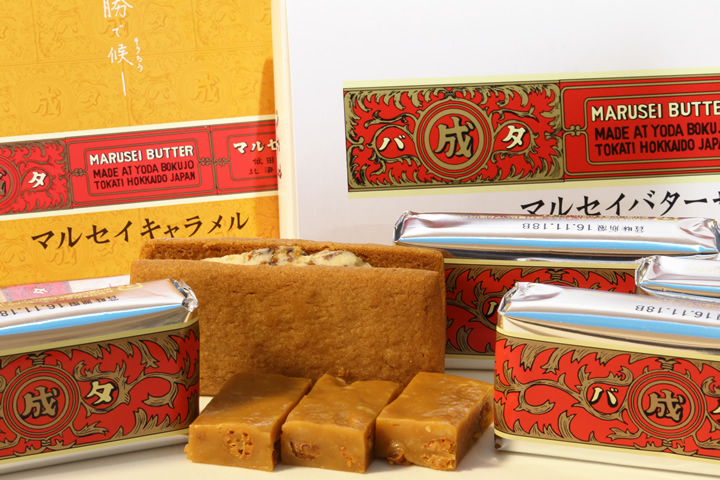