Every town has a treasure, but sometimes the residents don’t notice it. We asked about the beautiful background working towards Kamikawa Town as a “town of hospitality,” and the “Asahigaoka Project.”
Words by Mori Yuka
Photographs by Ito Rumiko
Translation by Xene Inc. 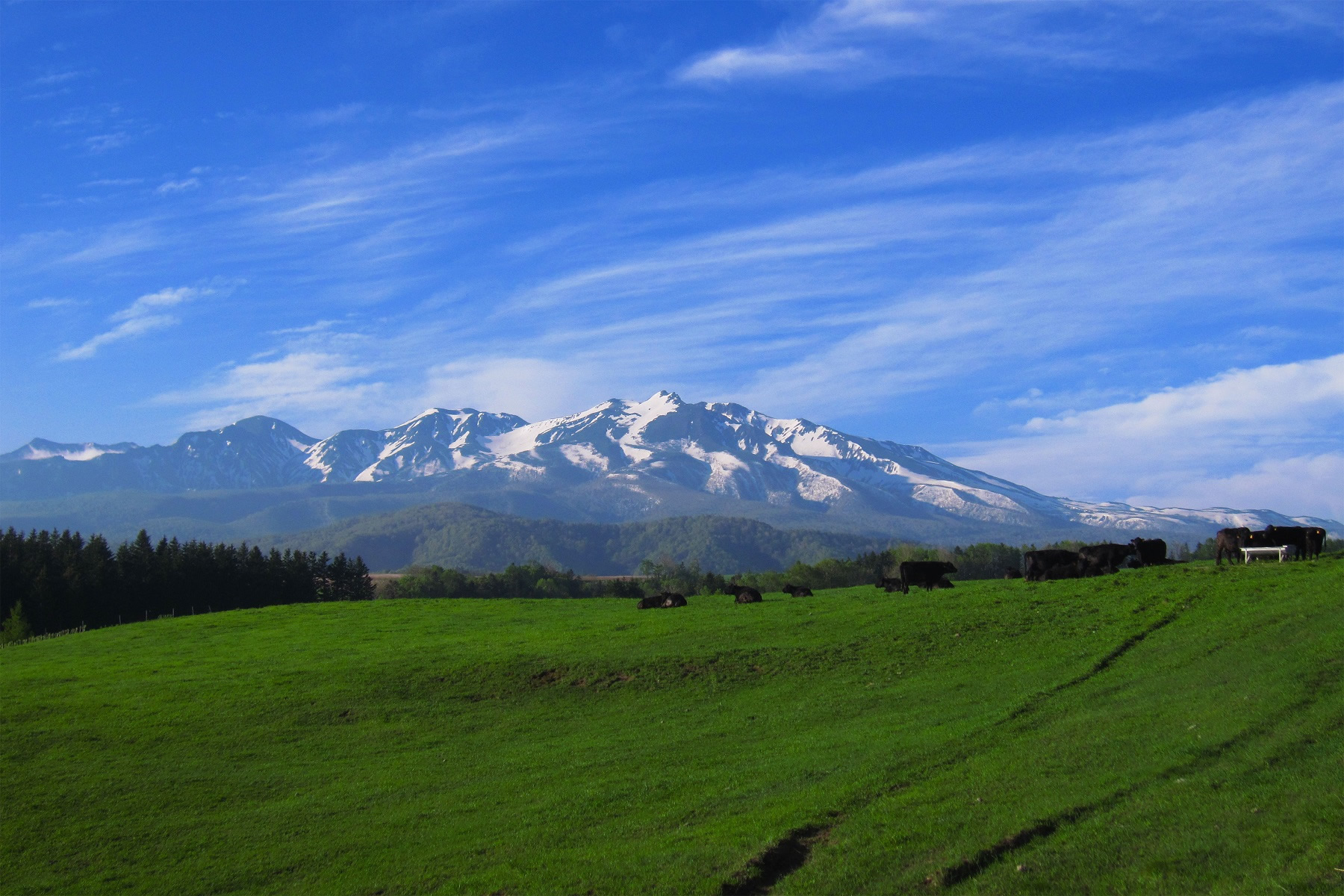 Utilizing the Scenery and Agriculture

This is breathtaking scenery. Daisetsuzan Peaks is in full view, and the agricultural village is spread out at the foot of the mountains. You can feel the scale of Hokkaido Agriculture.
According to Vice Mayor Tani Hirofumi, "Ten years ago, Mayor Sato Yoshiharu started the concept that for Kamikawa town development, activation of Asahigaoka is essential. This is the Asahigaoka Project." Mr. Tani also serves as the Administrative Director of the Asahigaoka NPO managing Daisetsu Mori no Garden. 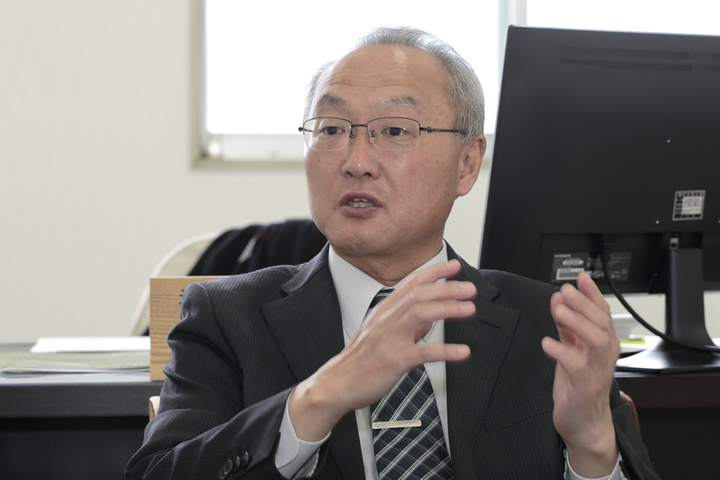 The number of the visitors to Sounkyo Hot Spring in Kamikawa Town had decreased compared to times past, and so had the number of day tourists to the city area. A sense of crisis began to be felt in the town where tourism was the basic industry. The means of survival was to raise the keyword "Asahigaoka."

The Asahigaoka Project is basically connects Sounkyo – Asahigaoka – City area. After considering many plans, including proposals from the private sector, a "garden" and “"restaurant" which utilize the scenery and agriculture became the main points of the project.

Vice Mayor Tani says, "Asahigaoka is an agricultural area that supports the town. A plan that would affect agriculture would be like placing the "cart before the horse." By considering a balance between tourism and agriculture, the answer was a “garden".

Well known for his "Kaze no Garden", Ueno Sayuki Ueno also cooperated in the garden design. The restaurant was produced by Chef Mikuni Kiyomi and opened in 2013. 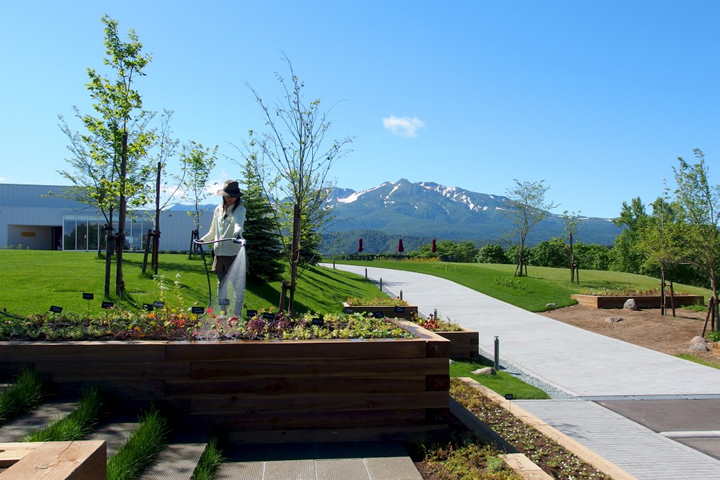 Becoming a Town of Hospitality

The ten years of the Asahigaoka Project did not progress smoothly. At first, chef Mikuni was not decided to be part of this project.

Tsukahara Toshio, Representative of Mikuni Planning, Co., Ltd. which manages the restaurant, says, "Chef Mikuni, who travels all over Japan, often says "a town cannot be developed without strong passion." Maybe he accepted to help the Kamikawa Town project because he felt some kind of passion." 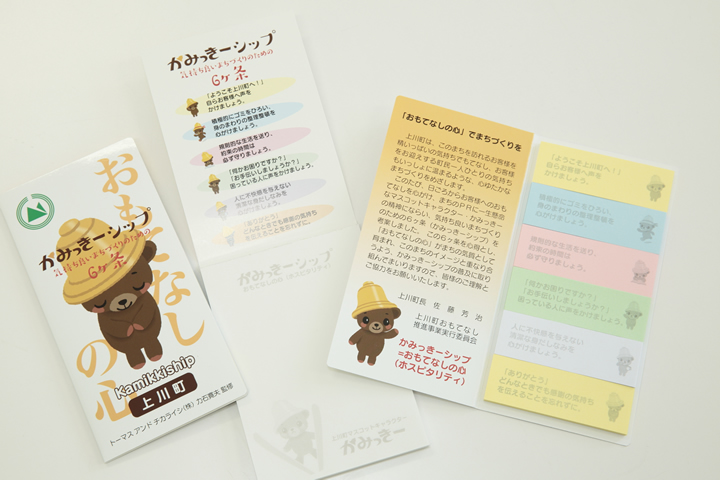 Hiroo Chikaraishi's memo pad and post-it describing the "6 Rules of Hospitality". Distributed to all residents in the town.

Currently, the planning committee, with participation from the tourist association, commerce and industry association, agricultural cooperative, and social welfare council, have planned and carried out the "Kamikawa Town Hospitality Promotion Project."

Taniwaki Yoshimitsu, of the Planning and General Affairs Section of Kamikawa Town, is in charge of the project, and said, "9th grade junior high school students are targeted, and a workshop to learn service manners and eating etiquette at the restaurant is planned for this year. Only in Kamikawa Town can you experience tasting Chef Mikuni cuisine at the age of 15. We expect this to be the next step to hospitality." 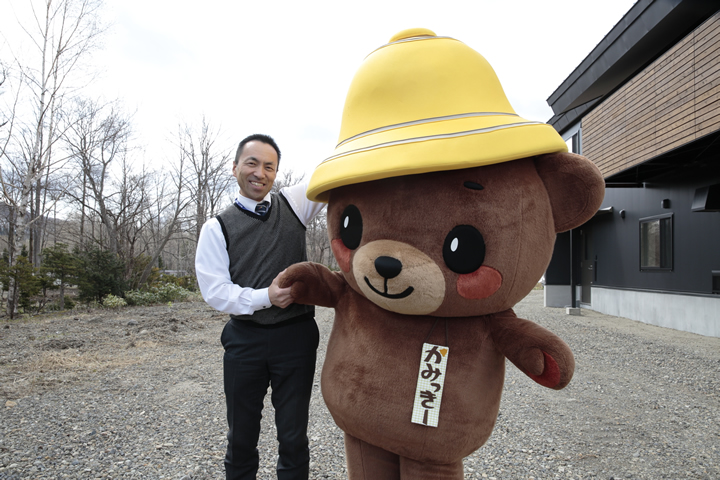 "Kamikki," Kamikawa Town mascot and Taniwaki Yoshimitsu of the Planning and General Affairs Section of Kamikawa Town working on town PR. They are also members of "Sakagura (sake storehouse) Sasaetai."

Tsukahara, has deepen ties with Kamikawa Town and completed the new sake storehouse "Ryokkyugura (Green Hill Sake Brewery)." How this sake storehouse activates the town and is just right as a stopover connecting Sounkyo and the city area of Asahigaoka is quite interesting.

Next time, the topic will be "Daisetsu Mori-no Garden" where flowers bloom in Asahigaoka. 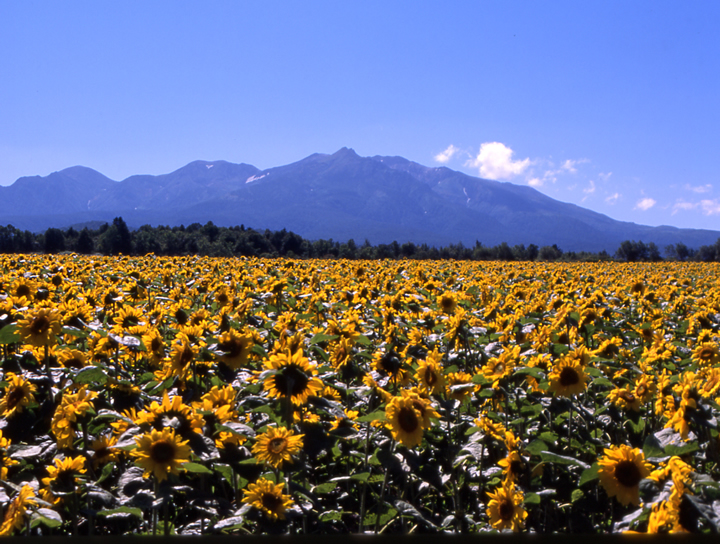 Agricultural producers in Asahigaoka cooperate in "hospitality" by growing sunflowers as part of the scenery. (Courtesy of Kamikawa town)