Scenery to be savored 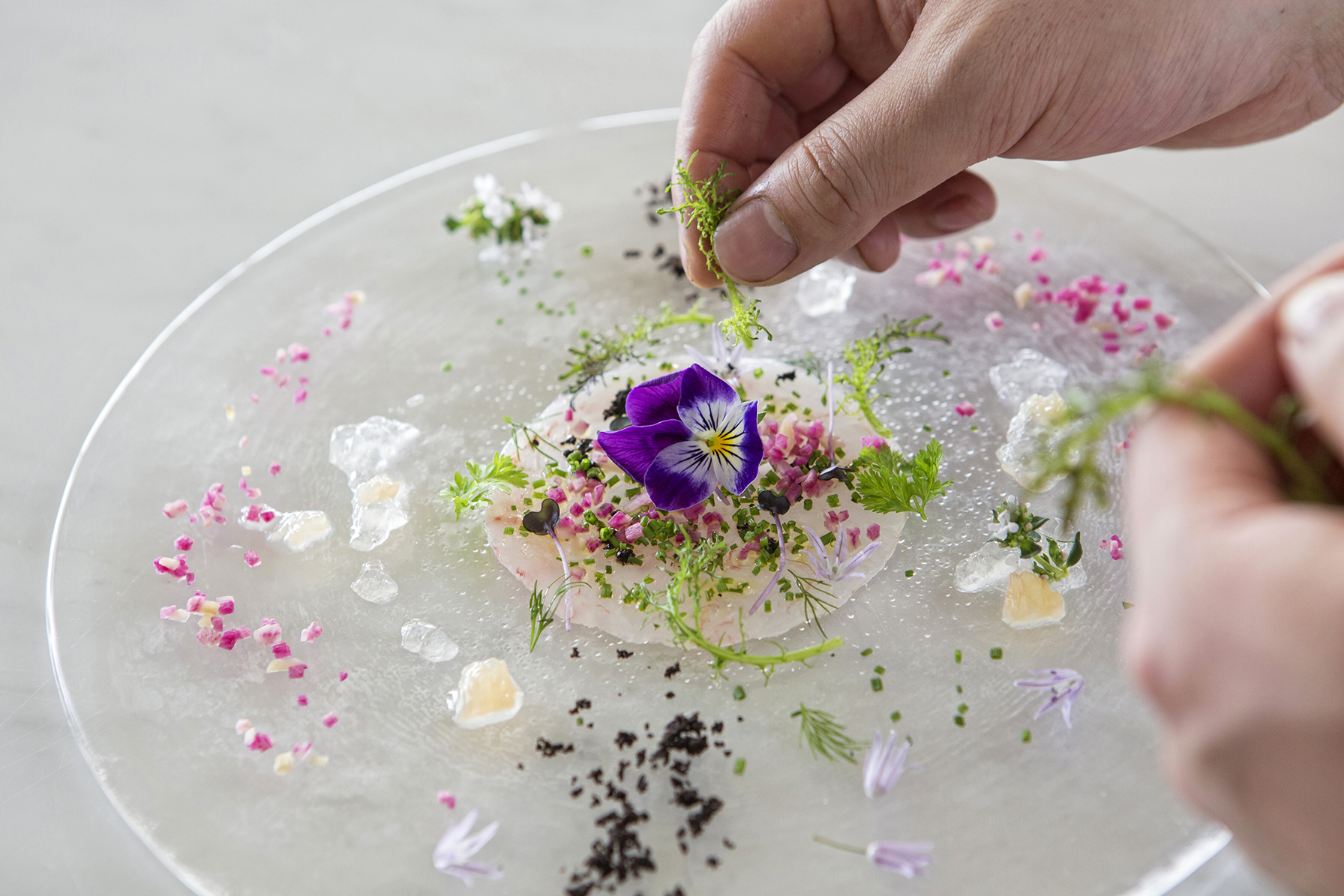 Mikuni Kiyomi of Mashike, Hokkaido, is a world-famous French-cuisine chef. Mikuni and the town of Kamikawa had no connection to each other, but they got together for the sake of Hokkaido.
Words by Mori Yuka
Photographs by Ito Rumiko
Translation by Xene Inc.

To make the town shine again

Fratello Di Mikuni in Kamikawa was listed in the Michelin Guide to Hokkaido for the first time in 2017 in a special edition. It is likely that no one was surprised by the inclusion of the restaurant, which has insisted on using Hokkaido ingredients since its opening in July 2013. 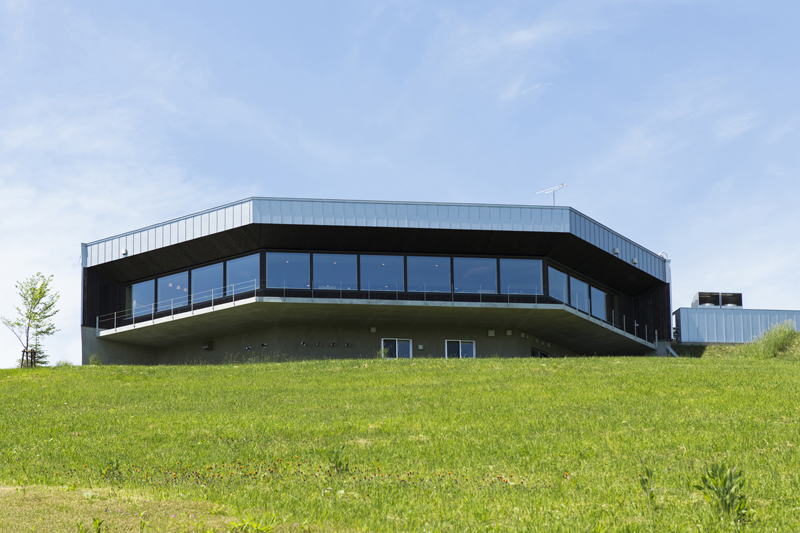 The restaurant, which is in Asahigaoka, elevation 600 meters, has a view that is a treat in its own right. It overlooks the beautiful townscape and farm and pasture land amid snow-covered mountains.
A plan to reinvigorate tourism in Kamikawa, based on the picturesque scenery of Asahigaoka, began 10 years ago. Mikuni consented to the request of Mayor Yoshiji Sato and started working on the Asahigaoka Project, which has a theme of flowers and food. He thought, "If it is helps Hokkaido, I'll do it." 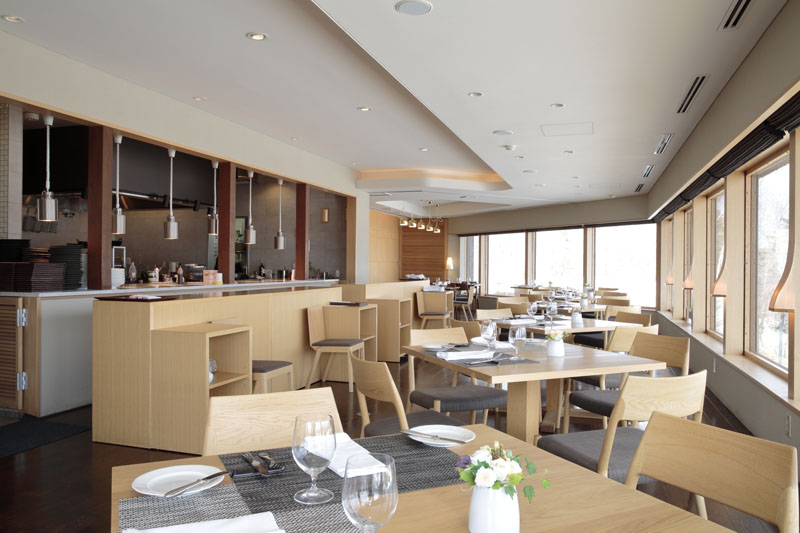 The restaurant's interior design is based on Asahikawa furniture.

Fratello Di Mikuni is both a restaurant and a place that practices hospitality in Kamikawa, which calls itself a "town of hospitality." The restaurant's chef and staff are lecturers in a hospitality training course put on for town residents. Through experiences only available in Kamikawa, it aims to spread a hospitality mindset throughout the town.
This winter the restaurant closed and the chef and staff headed to Sounkyo onsens. They went around to three hotels in 20 days and set up Mikuni booths inside the restaurants. They offered Mikuni food to overnight guests of the hot spring hotels, livening up Sounkyo in the winter. They also interacted with hotel chefs and staff, and the initiative was a first step toward raising the level of hospitality and food in Kamikawa. 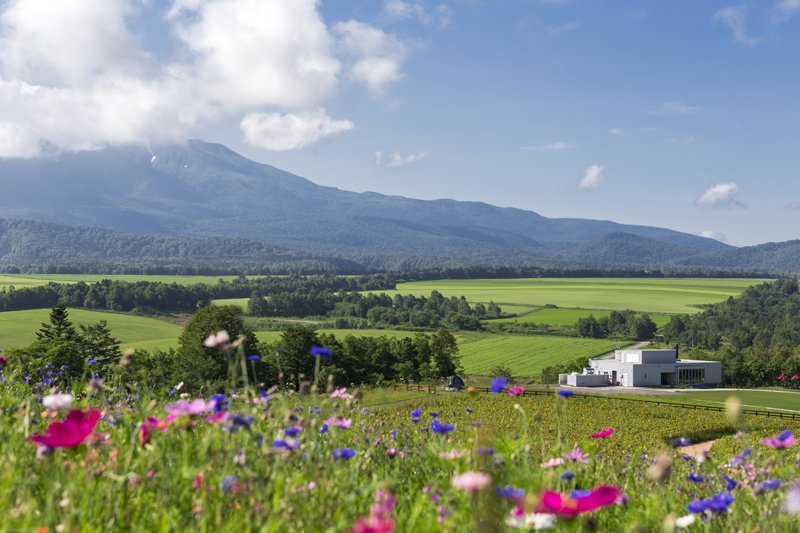 Decision by a chef from Tokyo

The Italian cuisine chef Horikawa Hideki also helps manage Fratello Di Mikuni. Mikuni and Horikawa are aiming to fuse French and Italian cuisines to create a "Hokkaido cuisine that is accessible to the whole world." Miyamoto Yoshitomo is the executive chef entrusted with cooking it. Miyamoto, who worked as an Italian chef in Tokyo, said he decided to move to Kamikawa after talking to Mikuni.
"He told me Kamikawa is almost in the center of Hokkaido. It can bring in food from the Sea of Japan, from Okhotsk and from Tokachi. So, he said, it is an exciting place for a chef to work." 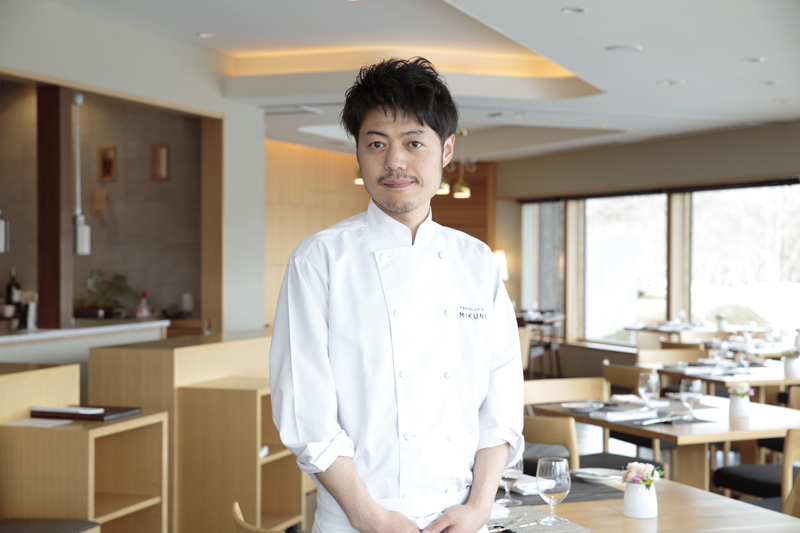 Partly because he was thinking of moving to a place with a good environment for the sake of his sickly child, he talked to his family and they decided to move to Kamikawa.After moving to Kamikawa he experienced for himself the power of the food there.
"Because the ingredients are good, I try not to alter them too much. While I was frequently cooking with ingredients that lacked flavor and body in Tokyo, in Kamikawa I am able to have fun cooking dishes that make good use of the ingredients by combining them in unexpected ways." 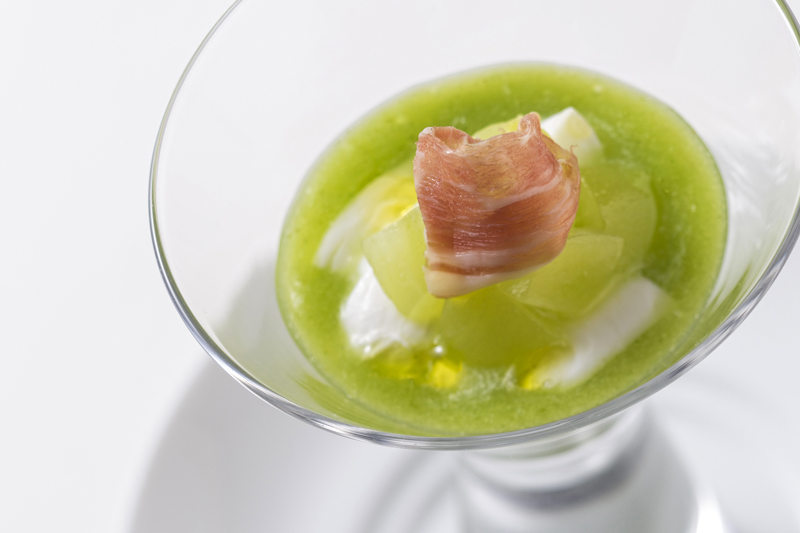 Miyamoto creates his seasonal menus by going to farms and talking to farmers.

Miyamoto's child became so healthy it surprised him and he began spending more time with his family. He goes to the farms that produce the restaurant's ingredients and picks edible wild plants himself.
"Things that were unimaginable in Tokyo are now part of my daily life."
When I ask what dishes he would like to make next, he says, "A new sake brewery has opened, so I'd like to create a course that goes well with sake."When the snow falls, a new "Course of Foods That Go With Sake" only available in Kamikawa may debut.

FRATELLO DI MIKUNI
Opened in Asahigaoka, Kamikawa, on July 7, 2013. This restaurant offers Hokkaido cuisine made with ingredients gathered from various places within Hokkaido, but centered on Kamikawa. There are four villas on the same lot, and overnight guests can eat dinner and breakfast at the restaurant.
WebSite