Strolling around Asahikawa in search of Takeshiro’s footsteps 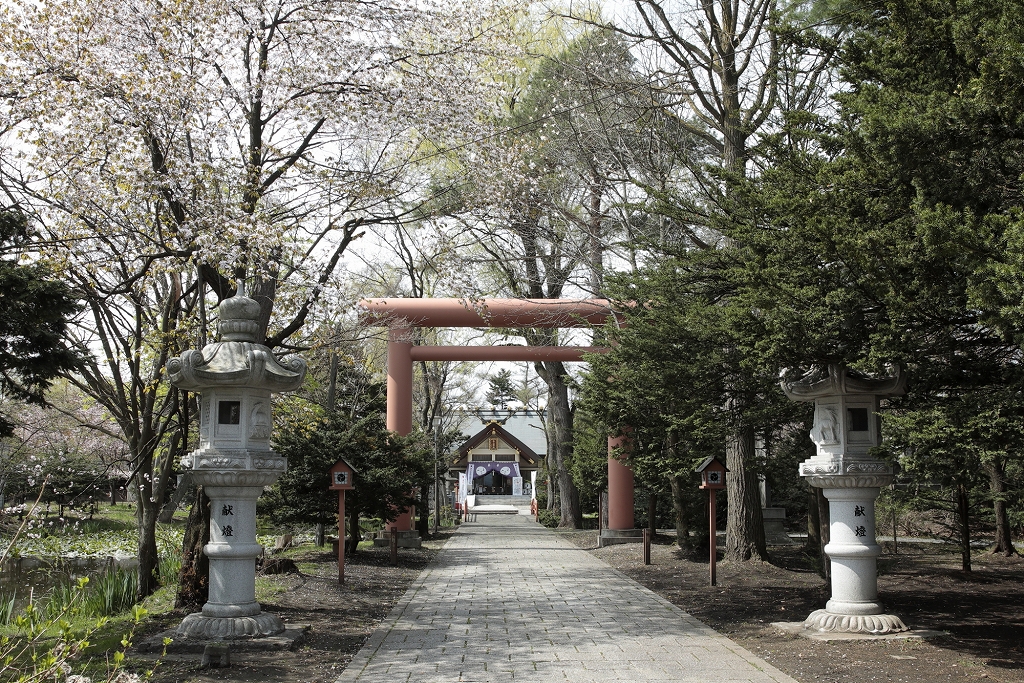 The Nagayama district in Asahikawa City is named after Nagayama Takeshiro. Are there still historical material and stories related to Takeshiro in the district?
Words by Inoue Yumi
Photographs by Ito Rumiko
Translation by Xene Inc.

Takeshiro is the pride of the people in Nagayama

Nagayama district is filled with large retail stores on Route 39. Development of the wilderness in Kamikawa began here.
“During my childhood, I was surrounded by rice fields,” says local historian Saito Kazu, 85 years old. Kazu was born and raised in Nagayama Village, and married Saito Masaru, a third-generation Tondenhei (farmer soldier.) She lived her whole life in Nagayama.
“My husband’s grandfather settled here as a Tondenhei. His father supported himself through school, and later served as Mayor of Nagayama Village. He wanted to leave Nagayama’s history to future generations. I have been working with my husband to make his wish come true.”
Kazu has participated in the compilation of many local historical documents while working for the Secretariat of the Nagayama Collection Local Museum.

“Takeshiro Nagayama is the pride of the district. We used to pay homage to Takeshiro by bowing to his picture at morning meetings when I was in elementary school. He was like a god.”
The people must have been proud of living in the district named after the General. 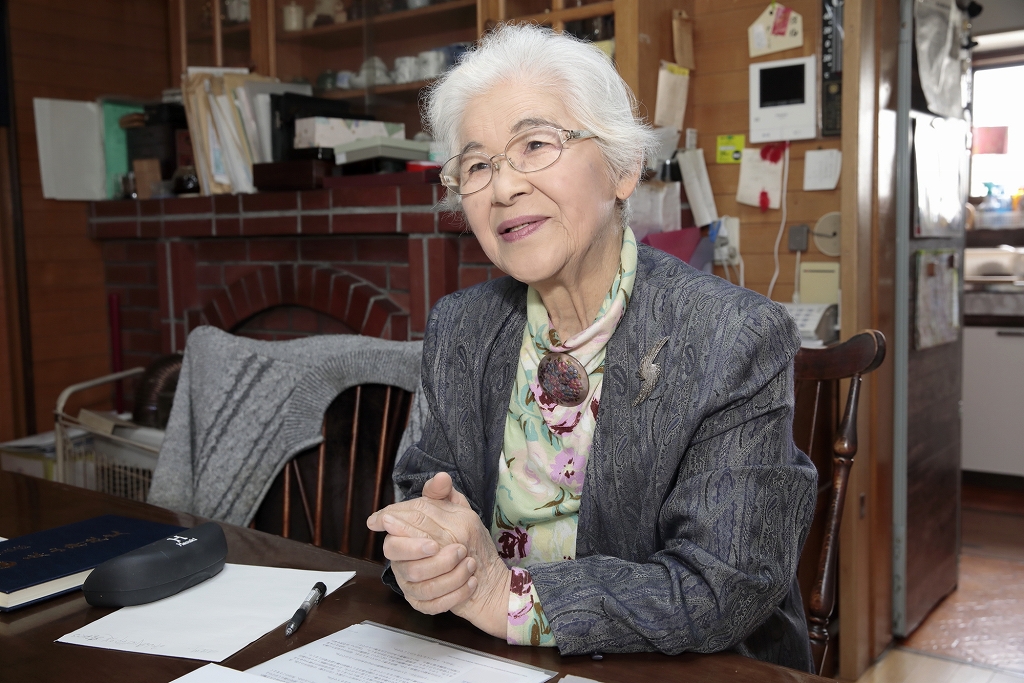 In fact, Takeshiro did become a god. Ota Satoru, fifth chief priest of Nagayama Shrine, with the longest history in Kamikawa, explains, “In 1920, the 30th year of the Village, the shrine was under the management of Nagayama Village. In that year, the application to recognize General Takeshiro Nagayama as an enshrined deity was approved by the Government and he was deified.”
In 1921, the new main building of the shrine was completed, and a military sword, cap and saber treasured by the General were presented by Takeshiro’s son, Nagayama Taketoshi. 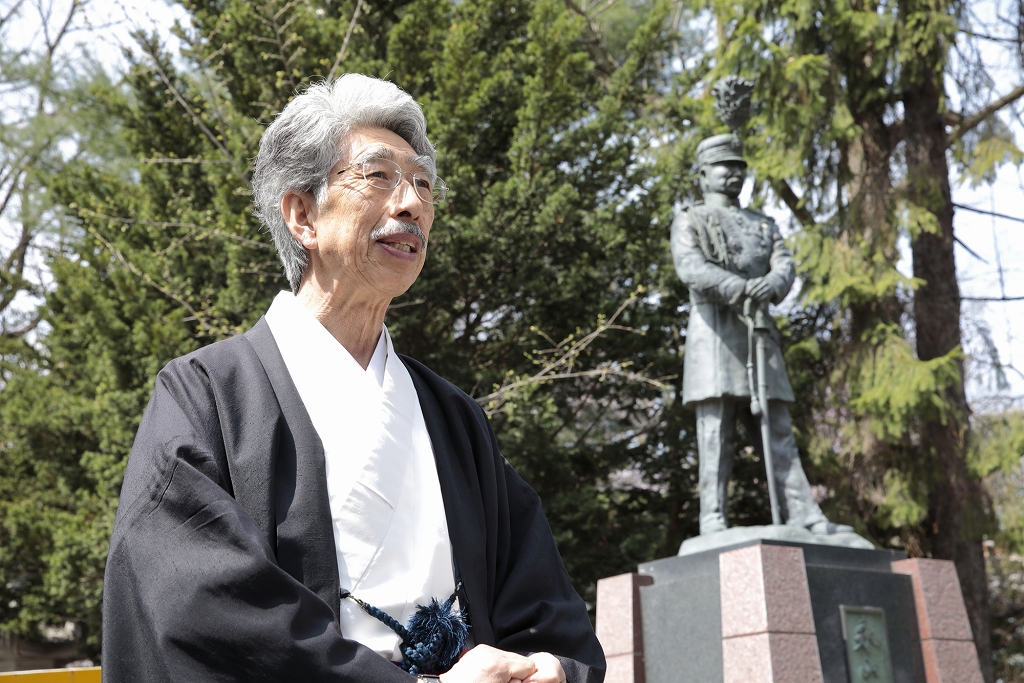 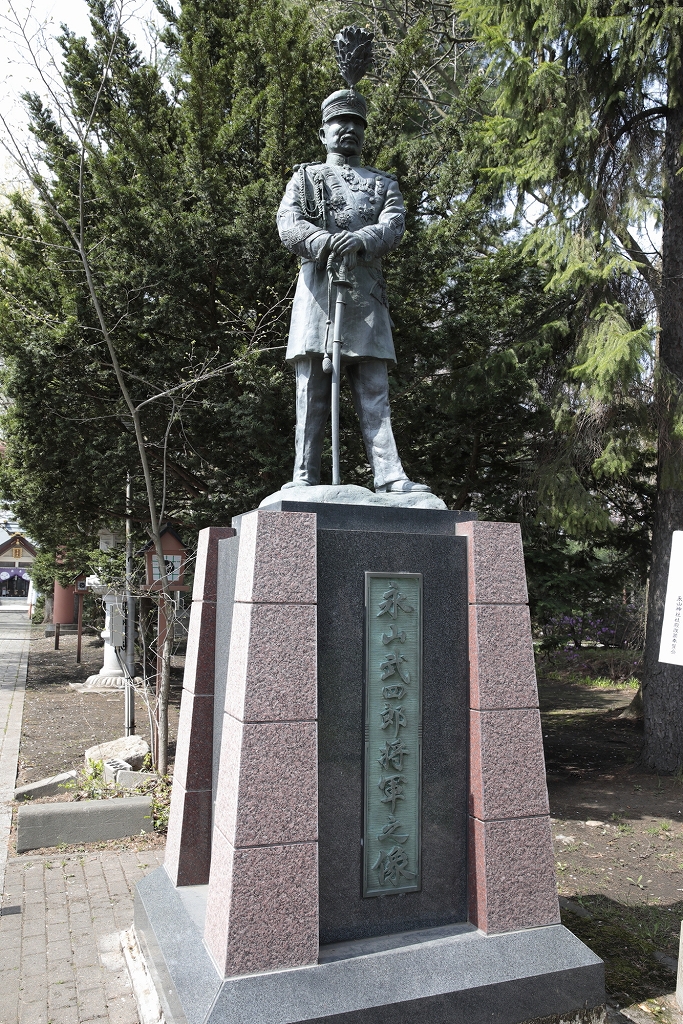 The bronze statue was erected in 1994

Affect of the construction plans for the detached palace in Kamikawa

We visited Asahikawa Heison Memorial Museum, where one can experience life in the days of the Tondenhei. It is located in the Higashi Asahikawa district, south of Nagayama. Acting director Nakatani Yoshihiro was our guide. He lived in a Tondenhei house in Asahikawa for several years when he was a child.

“During the 30s of the Showa Period, my parents purchased a piece of land that the Tondenhei had developed and moved there. The house had no insulation and was terribly cold.” 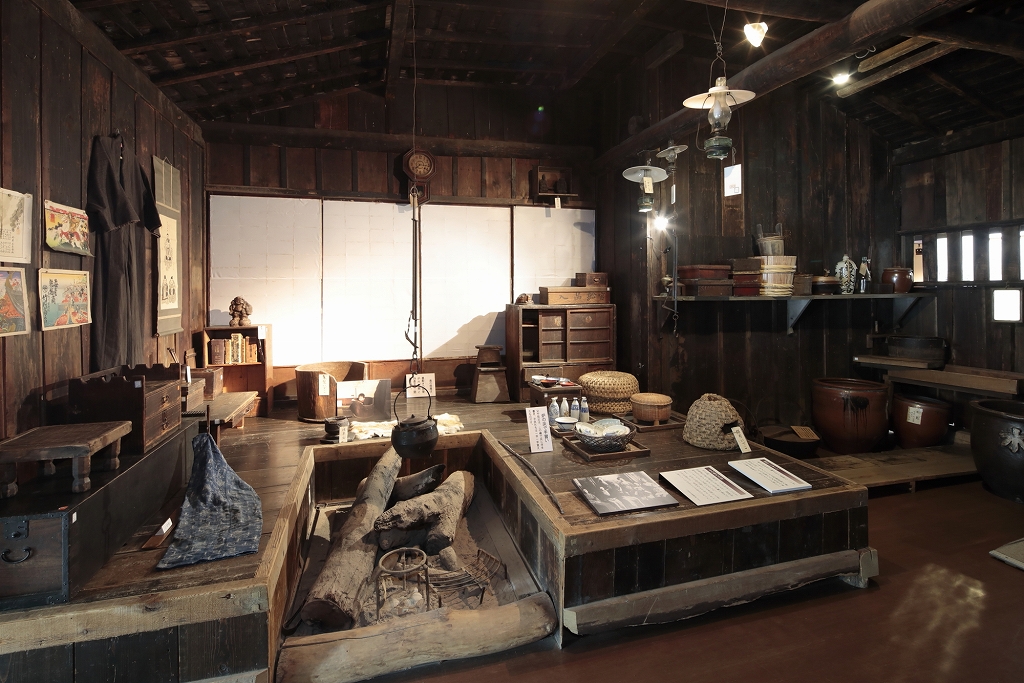 The Tondenhei house was relocated inside the Memorial Museum 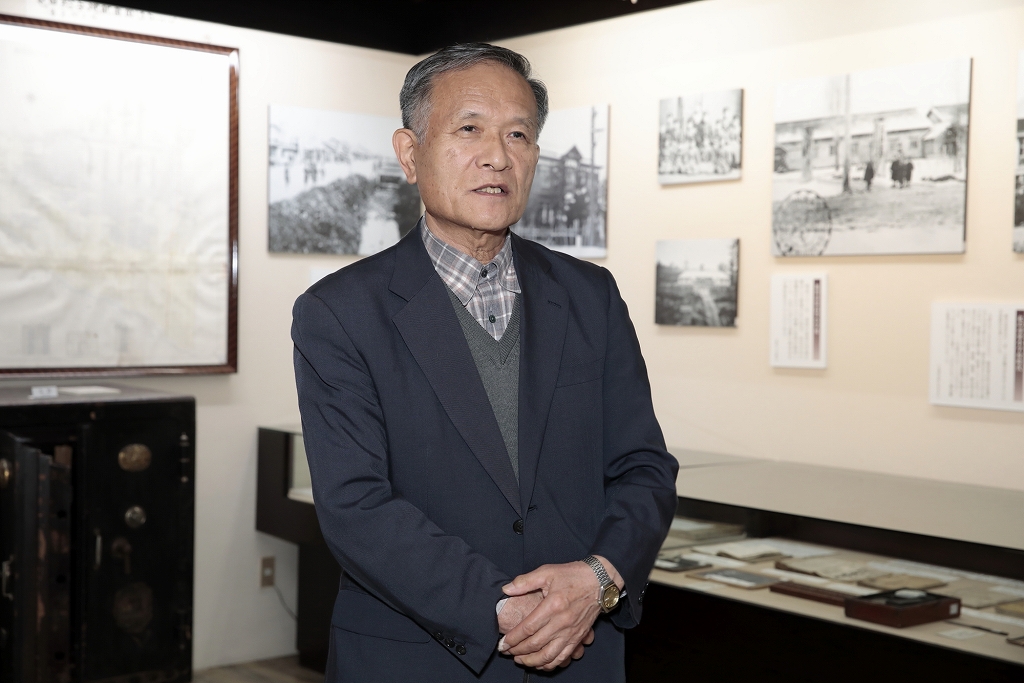 “There were many descendants of the Tondenhei when I was a child,” recalls Nakatani Yoshihiro.

A panel near the exit of the exhibition room shows the population of persons who moved to three Tondenhei villages, Nagayama, Asahikawa and Tohma, by prefecture.
“The Tondenhei system, which had been open to only samurai, became available to commoners with the development of Kamikawa. Although all three villages similarly had many from Shikoku, Higashi Asahikawa is characterized by the acceptance of as many as 45 families from Kyoto. This is probably because many people heard that a detached palace would be constructed there according to Nagayama Takeshiro’s statement to the Government.”
A detached palace is where the Emperor resides during the summer and is a place of rest. The tendency to think, “Let’s move to the place where the detached palace will be constructed,” gained momentum, but such plans were never realized.

The first Commander of the 7th Division of the former Imperial Japanese Army, Nagayama Takeshiro also served as the 2nd Director General of the Hokkaido Government. The year of his death in 1904, was the same year as the Russo-Japanese War, and Nagayama was most likely anxious about the future of the war. The statue of Nagayama Takeshiro in uniform erected near Nagayama Shrine still stares toward the northeast with a saber in his hand.

Spots to learn about Nagayama Takeshiro

Next to the Ground Self-Defense Force Asahikawa Camp, Shunko-cho, Asahikawa City, Hokkaido
Tel.: 0166-51-6111
Hours: 9:00 to 17:00 during the summer season (April to October), 9:30 to 16:00 during the winter season (November to March)
Museum closed: The second and fourth Mondays (or the following day if Monday is a holiday), Year-end and New Year holidays
admission free

Construction site for the detached palace in Kamikawa