Cultivating Rice for a Bright Future 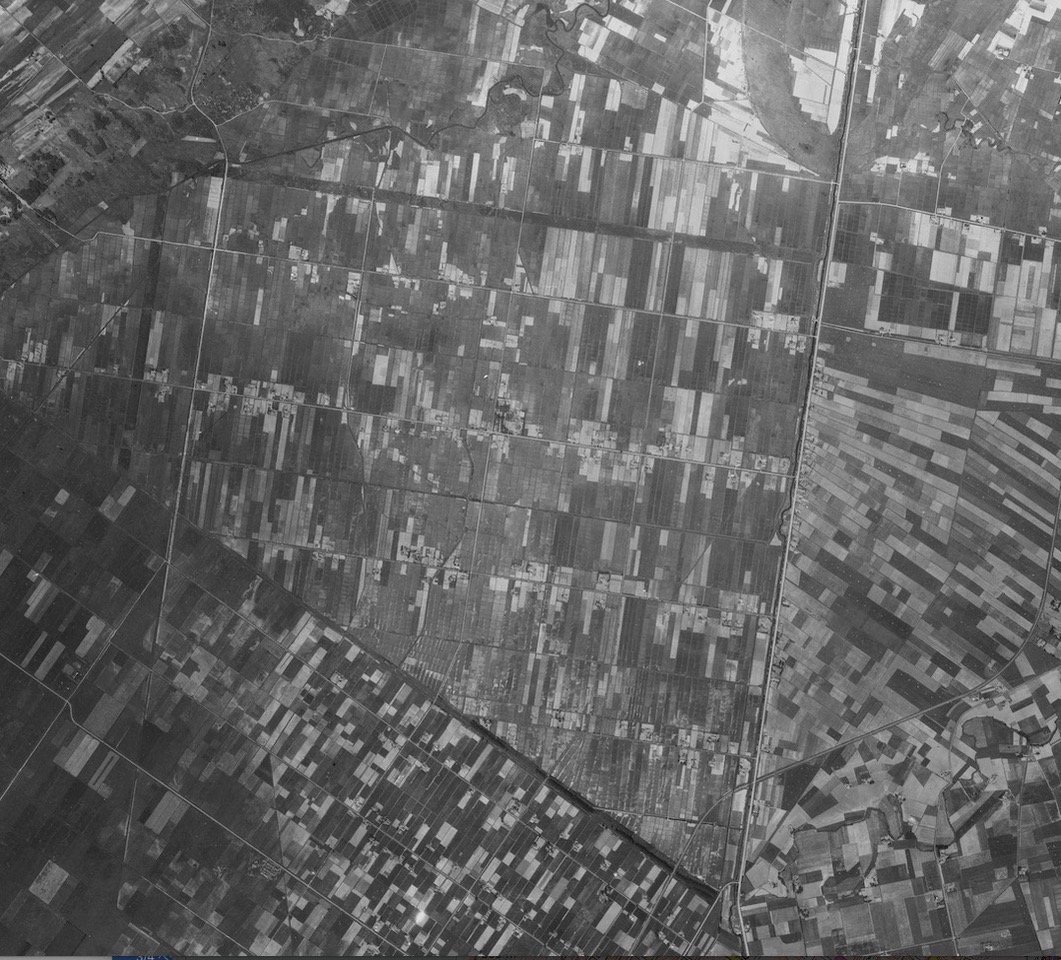 The vast rice paddies of the Tonden area, as photographed by post-war US forces (courtesy of the Geospatial Information Authority of Japan)

The Tonden region of Kita-ku in northern Sapporo is full of activity, from expansion of commercial facilities to construction of public housing. It has been 130 years since the foundation of the Shinoro Tondenhei (farmer soldier) Village. This region owes its success to rice cultivation.
Words and photographs by Taniguchi Masaharu
Translation by Xene Inc.

The Decline of Shinoro Tondenhei Village

The Tondenhei (farmer soldier) system was abolished in September 1904. After, some of the tondenhei chose to lead lives as trailblazers of the land.

That year, 1904, spelled disaster for the Shinoro Tondenhei Village (present-day Tonden, Kita-ku, Sapporo). In July, the men were sent the battlefields of the Russo-Japanese War, and at the same time, the village was beset by flooding reminiscent of the terrible floods six years before. Unable to sustain their livelihoods, resident after resident departed the village, and the population of 1,056 people in 220 households dropped sharply to 555 people in 72 households. The remaining villagers united in commitment to overcome this predicament.

The lower reaches of the Ishikari River system were poorly suited for agriculture, and their main crops were pasture grass, oats, and the like. Shortly after the first plantings, these crops were already in a state of oversupply. So, Shinoro Tondenhei Village committed itself to developing rice paddies. Rice provided a staple dietary grain, and rice straw had a variety of applications in daily life.

Rice paddies require a supply of water. A specialist was consulted to plan the water supply, who advised that water could be supplied from the Shinkawa River and the Sosei River at a required budget of 100,000 yen, which is now equivalent to approximately 1 billion yen. The Tondenhei Village had received a vast span of public land for its future use. They sold part of this land, and financed the remainder of the project through a bank. At last, in 1913, they took on the challenge of cultivating rice.

The Shinkawa River is an artificial river spanning 13 kilometers in length, which was dug in the mid Meiji period (late 19th century) to connect the Kotoni River and Hassamu River systems. It constantly supplied massive amounts of water to northern Sapporo. During spring snowmelts or autumn typhoons, excess water would backflow from the Barato area towards Tonden. The Shinkawa River performed the vital role of diverting water flowing north to Barato directly into Ishikari Bay. Upon completion of the Shinkawa River, settlement of northern Sapporo began.

In June 1914, for the very survival of the village, construction of irrigation waterways began. The work lasted 400 days, and were completed the next summer, much to the joy of the villagers. While the waterways did not provide as much water as initially planned, irrigation was a foothold in the struggle to increase agricultural production, and a source of inspiration 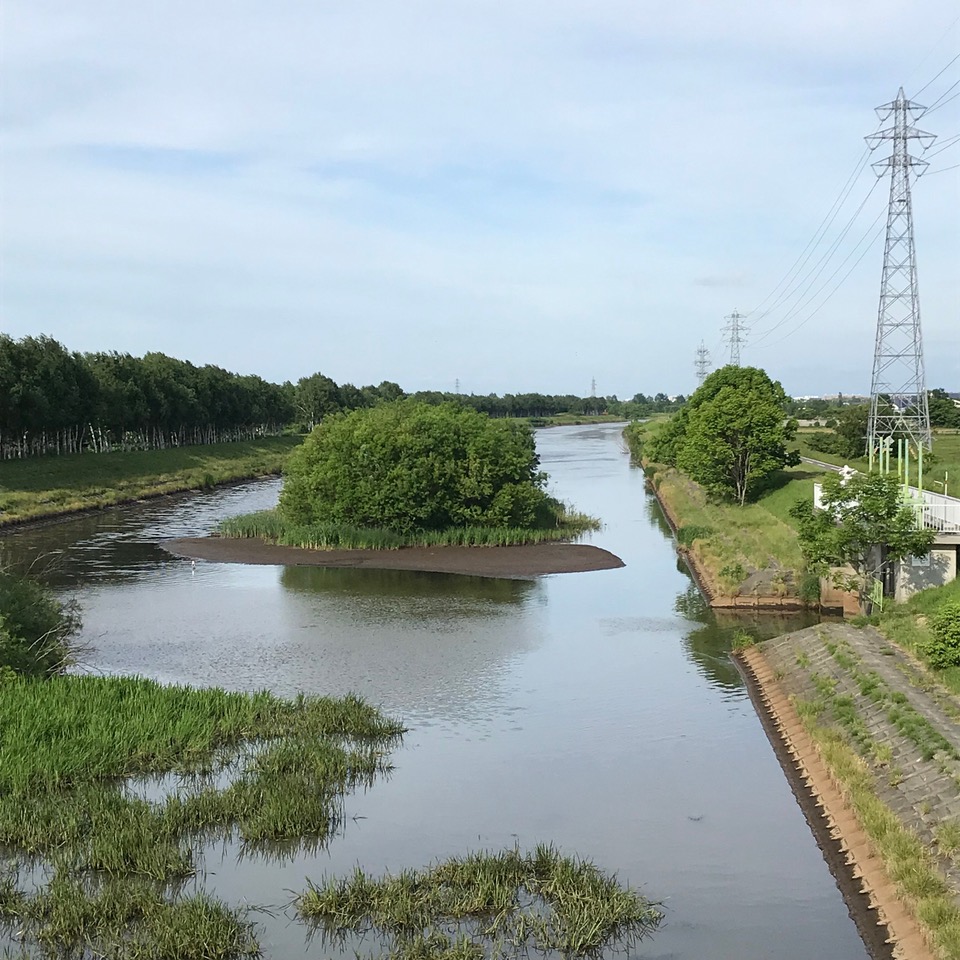 The present-day Hassamu River, which has been straightened. It joins the Barato River in Sapporo’s Barato area.

Although the farmers of Tonden had received their eagerly-awaited irrigation, rice cultivation did not start smoothly. Most of all, very few of the farmers had any experience growing rice, so they learned from the agricultural families who had some experience by cropsharing on the land left by departed villagers. It took some time before rice could be reliably cultivated. In 1919, there were 600 hectares of cultivated rice paddies, and by 1938, cultivation had expanded to 675 hectares, and the tonden village became known as Sapporo’s rice-producing region.

After the Second World War, the farmers of the Tonden area became independent farm owners under Japan’s agricultural land reform, and Tonden would go down in history as a rice belt. In 1958, the Tonden area’s population was 1,313 people in 163 households, even less than the population of the Shinoro Tondenhei Village at its founding in 1889. But, over the next 57 years, Tonden would reach a population of 37,328 people in 16,328 households, reflecting a hundredfold increase in households. In recent years, Tonden shows some of the highest population growth rates in all of Sapporo.

The remains of the irrigation canals have been converted to a parkland for leisure, and commemorated as the ‘Tonden Mizuho Dori’ area. The name ‘mizuho’ translates to ‘abundant rice harvest’ 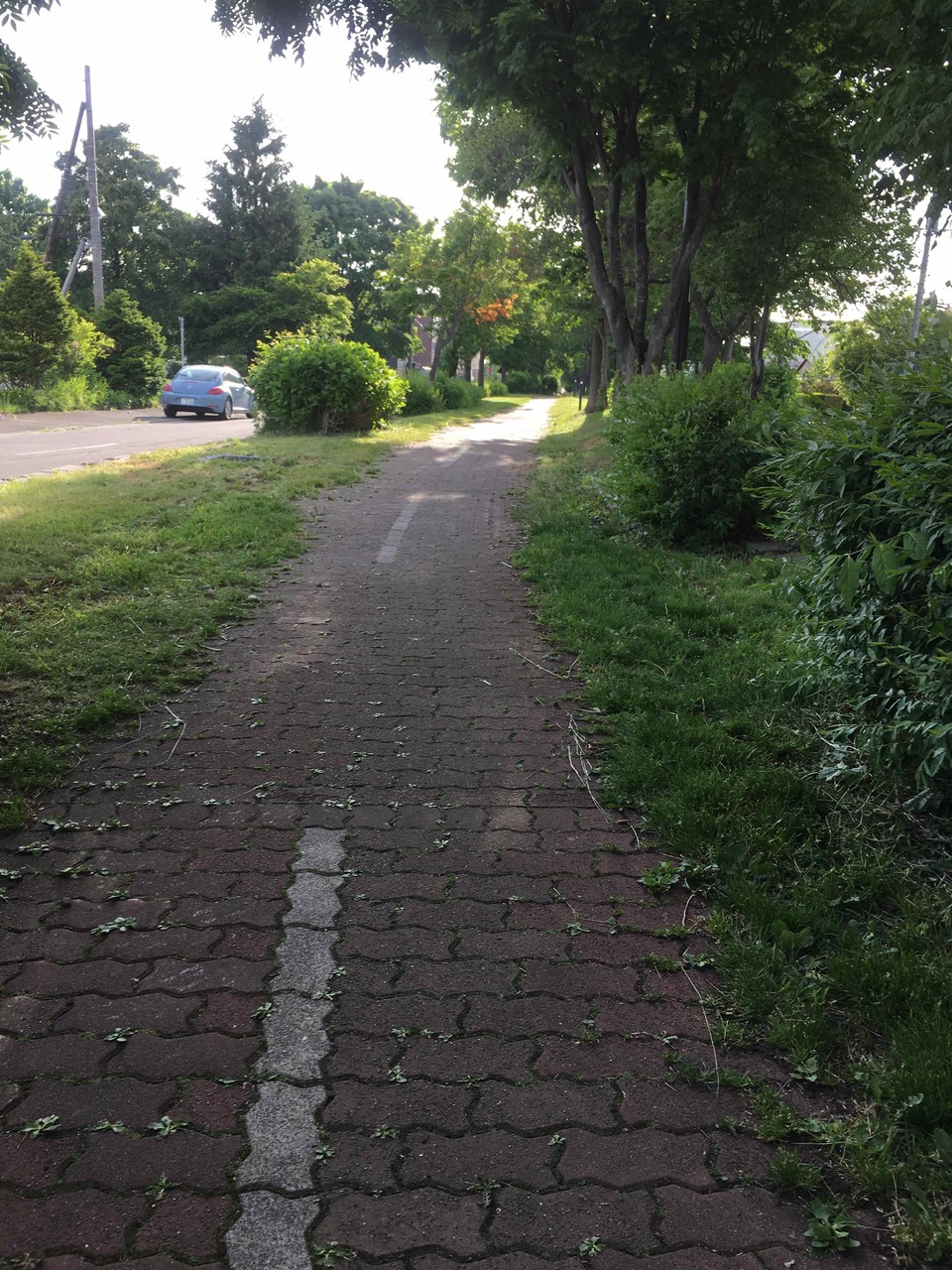 Tonden Mizuho Dori, built upon the remains of the irrigation canals.