| FEATURE ARTICLES | One more figure in 150 years of Hokkaido history-Takeshiro
Who is Nagayama Takeshiro?-1

The Life of Nagayama Takeshiro 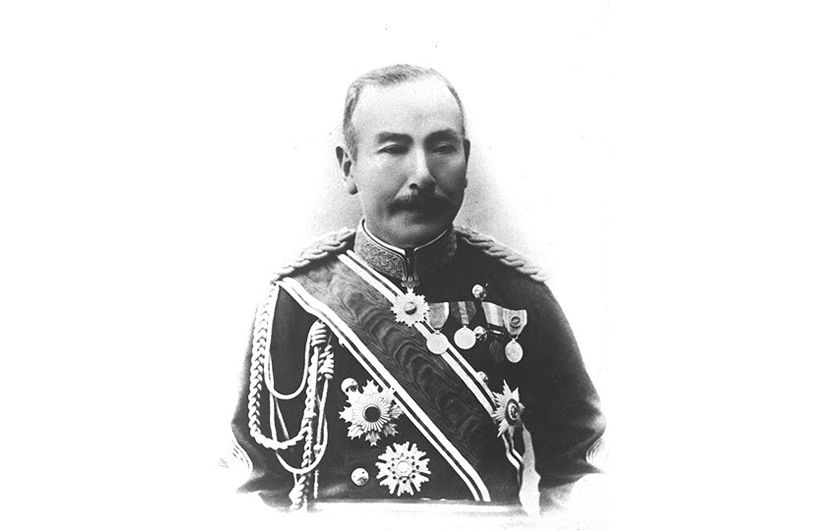 Nagayama Takeshiro was born in Kagoshima and moved to Hokkaido when he was 34 years old. This article traces 67 years in the life of Nagayama Takeshiro, called the “Father of Colonial Soldiers.”
Words by Ishida Mie
Translation by Xene Inc.

New mission for the northern land

Nagayama Takeshiro was born on April 24, 1837, in present day Kagoshima City, as the fourth child of a feudal retainer of the Satsuma Clan. In 1871, he became an army captain.
At that time, the new government decided to standardize the military system, but opinions were divided over whether to adopt the British style or the French style. Although Nagayama insisted on the British style as adopted by the Satsuma Clan, but the military system was standardized into the French style.
Conscientiously unable to remain in his post, Nagayama considered the defense and development of Hokkaido as his new mission. At that time, Hokkaido faced the major task of preparing countermeasures against Russia, so the government decided to immediately dispatch him to Hokkaido.
In September 1872, Nagayama went to serve in Sapporo. The Hokkaido Development Commission was established in Sapporo the previous year. Horace Capron, advisor to the development commissioner, visited Japan and inspected various places of Hokkaido, which started to pave the way after that.

From then on, Nagayama’s life was devoted to training colonial soldiers in Hokkaido.
Under the “Tondenhei” system, settlers performed a two-fold mission of national defense and development of Hokkaido from 1874 to 1904.
The year after his arrival, Takeshiro keenly recognized the need for defense in Hokkaido and proposed creating a petition to establish a Tondenhei (military settler colonist) system. Approved by the government, the Tondenhei Jorei (Military Settler Regulations) was instituted in October 1874.
Takeshiro was transferred to the newly established Tondenhei Headquarters within the Development Commission. The first settlement was the Kotoni military settler village in Sapporo, after which development of settlements in the surrounding areas of Sapporo continued to progress. 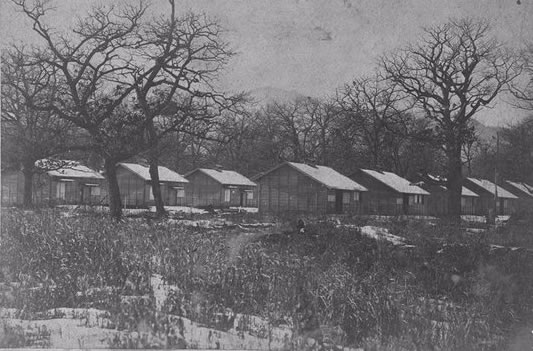 As father of the Tondenhei

On February 15, 1877, the Southwestern War broke out, with Saigo Takamori playing a central role, broke out.
Saigo was Nagayama’s senior from the same district, and greatly respected by Nagayama. In this war, Saigo advocated conquer Korea by military force, but was defeated while leading an anti-government army northward from Kagoshima. Nagayama also joined the war leading the tondenhei. It must have distressed Nagayama to know that his revered senior was fighting for the other side. Saigo’s army was defeated by new government army, and Saigo ceremonially killed himself (seppuku), ending the war.
With this victory by the first unit led by Nagayama, the power of the tondenhei, which had been largely dismissed up to now, became widely known.
In December of the following year, Nagayama was promoted to director general of Tondenhei Headquarters and he further devoted himself to improving the Tondenhei system.

Around 1881, Nagayama constructed his own residence, deciding to spend the rest of his life in Sapporo.

Although the Tondenhei Headquarters was transferred to the Ministry of the Army, Nagayama remained as the chief administrator. In 1888, Nagayama appeared before the Emperor and was told ‘Name the village Nagayamamura, after your name’, referring to the Kamikawa region, where Nagayama particularly worked on. 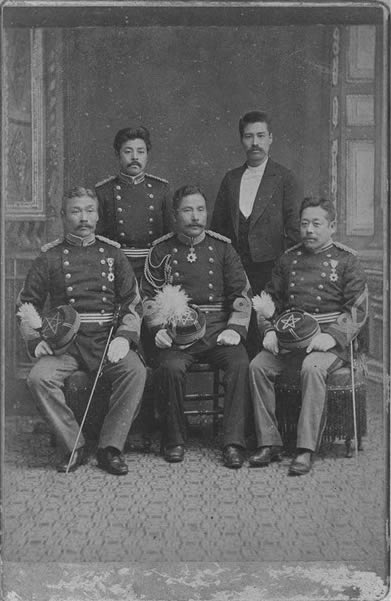 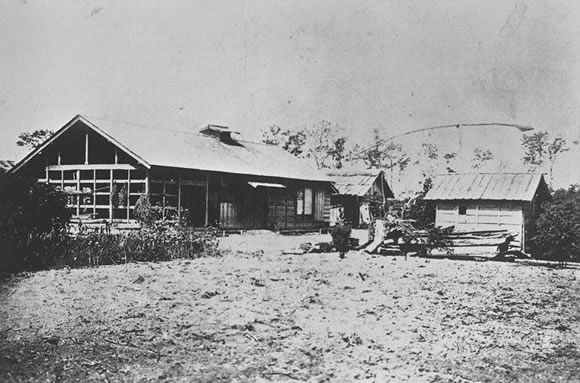 Become the soil of Hokkaido

On August 1, 1894, as the Sino-Japanese War began, the tondenhei were also mobilized and headed to Tokyo with Nagayama as the division commander. However, the war ended without the unit going into battle.
Two years later, stationing a military division in Hokkaido was also decided and the seventh division was established in Sapporo. The tondenhei were placed under the administration of the division, and Nagayama became the first division commander. The division was transferred from Sapporo to Asahikawa in 1900, and Nagayama relieved of his duties at the age of 63, and he retired from active duty.
The last tondenhei settlements were established in Kenbuchi and Shibetsu the year before in 1899. By that time, there were 37 tondenhei villages in Hokkaido and approx. 40,000 people moved into the land.
The Nagayama’s influence on Hokkaido through his vast work spanning approx. 30 years is immeasurable.

After retiring, Nagayama was selected as a member of the House of Peers and went to Tokyo in December 1903 to participate in the Diet. However, fell ill while staying at the house of his oldest daughter’s in-laws. He desired to return to Sapporo to die, but his wish did not come true, and he passed away on May 27, 1904, at the age of 67.
According to his will, Nagayama’s body was carried in a coffin from Tokyo to Sapporo by train.
During his funeral in Sapporo, many people lined the road from Nagayama’s residence, saddened by his departure. He was buried in a tomb with the words uttered while he was alive, ‘Bury me facing north. I will become the soil of Hokkaido and protect it from Russia’.

Among successive Director Generals of Hokkaido, Only Nagayama had his own residence and grave in Sapporo. 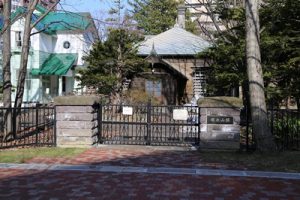