On the Sea, on the Earth, the Peoples’ Effort to Live Continues 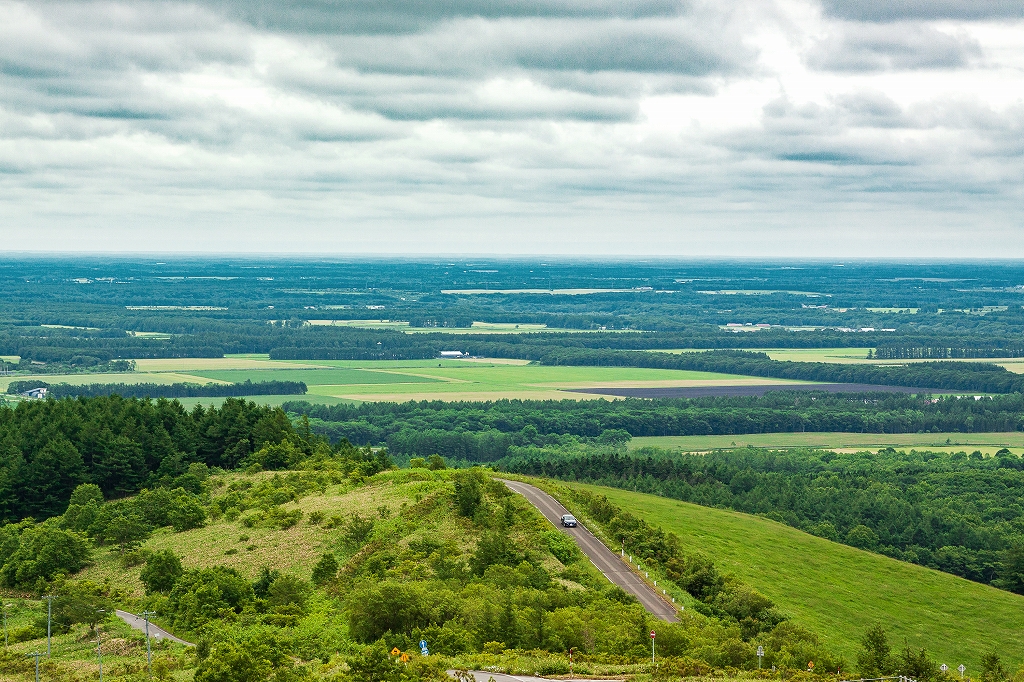 In 1946, the inland Nakashibetsu village (present day Nakashibetsu town), separated from Shibetsu village, was one of the centers for the development of dairy farming in the Konsen wilderness. The lattice form grid of windbreak trees is a unique characteristic of this area; it prevents damage from sea fog in the summer and snowstorms in the winter.

During the Meiji period, when Japan strove to be on par with the rest of the world, a fishing industry reliant upon the naturally fished salmon gradually exhausted its own resources. Consequently, the people practiced half-fishing and half-livestock farming on the coast, and so in the inland regions farming and agriculture could begin.
Words by Ishida Mie
Photographs by Kurose Michio
Translation by Satomi Saito and Winslow Taylor

Enduring the Shortage of Fish

A description of salmon fishing from “The History of Shibetsu Town” :
"With the exception of the good haul in the 10th (1921) and 12th years (1923) of Taisho, after the 2nd year of Taisho, the continued poor catch turned to a major slump in fishing. Many people couldn’t subsist even day to day. There were rumors of parent and child double-suicides, and that the head of Miyata Iwamatsu fishery had gone mad."
The salmon fishing slump drove many people into a state of crisis. The Shibetsu village fishery association established at the time recommended breeding ponies in addition to the improvement of fishing implements in order to cope with the poor conditions. With the Nisshin and Nichiro War, the value of horses soared and provided precious income to support the lives of these poor fishermen. Breeding was actively practiced not only with horses but also with cows. Usui Fuzino Cannery also started a huge farming business using trout and salmon as raw ingredients and thereby caused their numbers to diminish. It is also said that there are many cases where migrants came to fish salmon, trout, and herring, but gave it up and shifted to the livestock industry.
Provisions and regulatory measures were also observed within the fishing industry. In 1891, Nemuro Fisheries Association built an artificial hatchery in the Nishibetsu river. The following year, they were built in the Shibetsu river, Rausu river and Churui river, respectively. The Nemuro Strait is the earliest area to establish an industrialized hatchery system in Hokkaido. The effect could be seen in the sharp increase in salmon numbers since 1970. People had suffered from the shortage of fish up until then. Additionally scallops, kelp, Hokkai Shima shrimp, and others supplemented the salmon fishing industry.

Shuji Oiyama, who has 43 years of fishing experience in Shibetsu, remarks:
“A long time ago it was said: ‘Don’t lend your money and things to salmon fishermen.’ The number of fish caught increased in the 1970’s. The catch from 1985 to 2007 was also good, but now we are in a slump period again. However, it is important that we don’t give up, and find ways to keep at work.” 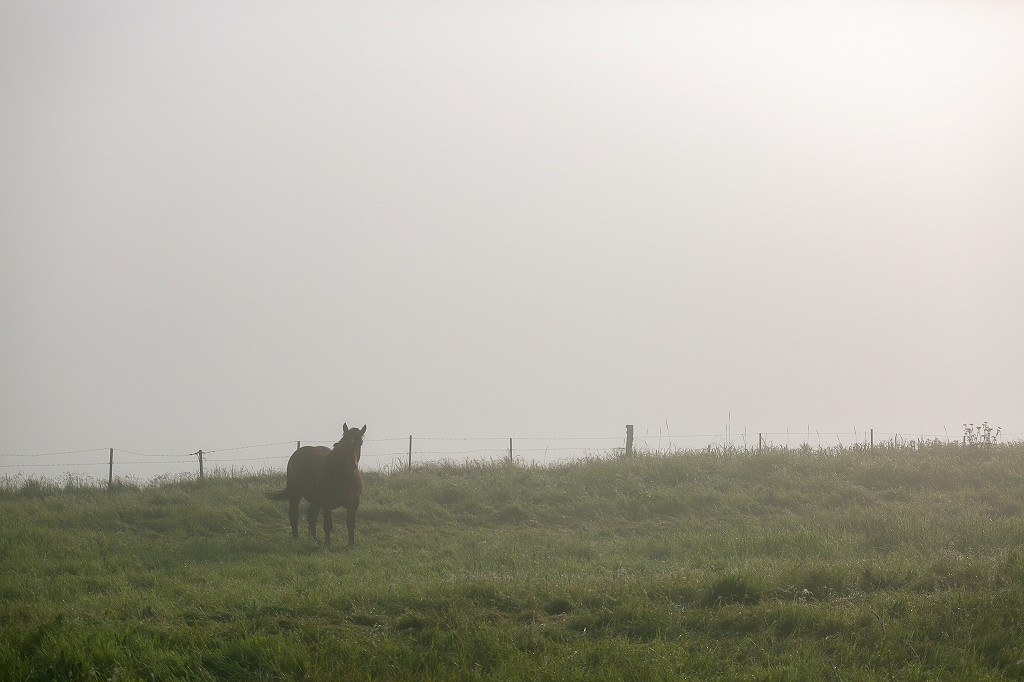 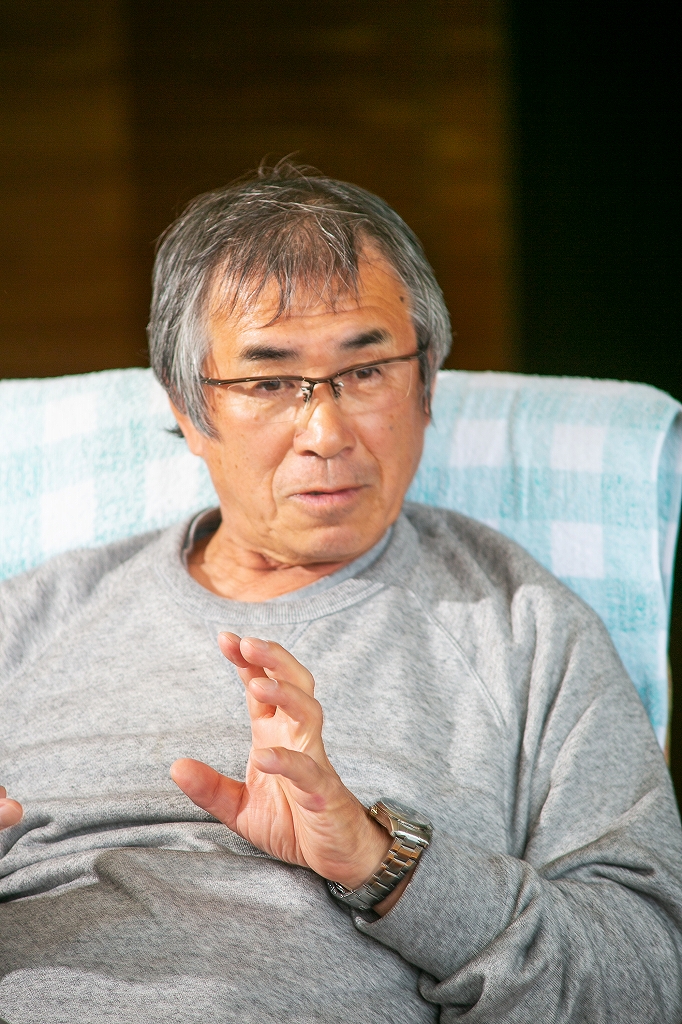 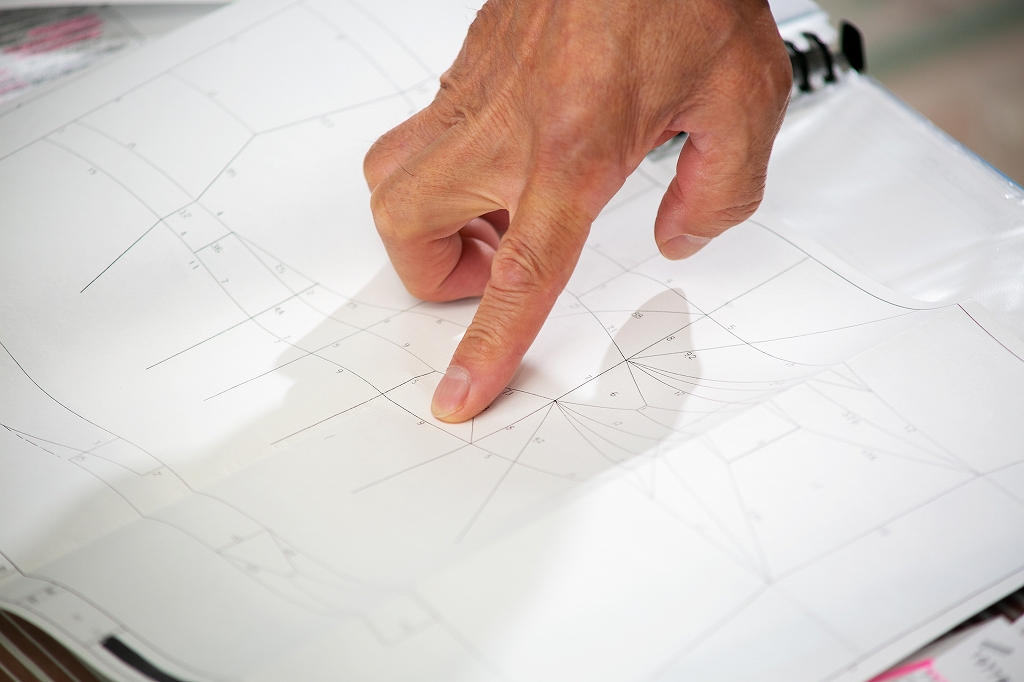 Nareyama explains a drawing which shows the design of a fixed-net salmon fishing implement; having been improved over a long period of time, it is a precise and suitable device.

The fishermen who had acquired significant wealth had been establishing livestock farms one after another. However, beyond this, development did not continue in the inland regions. One of the reasons for this was a mistake made by the Tondenhei who had settled in Wadamura (present day Nemuro City) from 1886. 440 Tondenhei Barracks were erected, along with a large farming village that was built and settled there. However, the group did not possess farming experience. They mistook the forest for the cause of a deep fog in the area, and cut down the trees. On top of that, the strong winds and sea fog further hindered their efforts, and so the falsehood spread that “the Nemuro area isn’t appropriate for agriculture.” Through further investigation, it was later understood as a proper farming area. In 1919, a Hokkaido Agricultural Experiment Station was established there, thereby laying the previous false rumor to rest.

This was around the same time that agricultural development started in the inland area of Shibetsu village (present day Nakashibetsu Town)
In 1911, people from Tokushima prefecture and Shizuoka prefecture formed 13 groups to immigrate and settle there for the first time. After that, more immigrants followed in succession. However, they were opposed by the harsh cold and the deep fog that made their practice of agriculture, mainly growing grains and beans, too difficult given the conditions. The village recommended keeping milk cows, improving charcoal furnaces, and the purchase of better agricultural equipment. In 1922, the inland Shibetsu area received a 20 percent subsidy and introduced 120 dairy cows, selling them to interested buyers in the village.

Following this, the practice of keeping of dairy cows as livestock gradually began to spread. Takumi Goto, called “Dairy Pioneer of Nakashibetsu,” built the first milk storage facility in 1925. Until then, people who had no way of selling their milk could only feed it to their calves or consume it themselves, Now, they could carry it to distant locations. Also before the year in 1924, the first colonized trading route in Japan was opened and developed between Attoko and Nakashibetsu. It became possible to move many people and resources in a place that before was only untouched wilderness.

Although there were many immigrants throughout the Taisho period, due to repeated cold weather damage to crops, the harsh situation continued and two-thirds of these people abandoned farming. The fact that agriculture was able to endure here was due in large part to the aid given to the survivors of the Great Kanto Earthquake in 1923. This included national government relief measures such as pioneering, cultivation, and the preservation of a workforce in Hokkaido. In 1927, the national government paid for the construction of the Nemuro Branch Hokkaido Agricultural Experiment Station (Denseikan). People decided to immigrate to the area after witnessing the prominent concrete buildings which were rare in those days, and were also impressed by the development of spread-out gravel roads.

However, cultivating the wilderness did not progress easily.
The late spring frost in 1931 and 1932 dealt the migrants a devastating blow. Going so far as to become a dispute in the Hokkaido legislative diet, people rose straw flags in protest, petitioned to move, and renounced the continued development of the Konsen wilderness. This resulted in a large social uproar. Yamamiya Katsuhiko, from the Nakashibetsu Board of Education and well-acquainted with the local history, says:
“Coming to Hokkaido thinking that they could eat salmon and whatever else, these people felt deceived. There were many people who went so far as digging up potatoes from the ground in the fields to eat, and for this they were called Genya no imo kui, or “The wild potato eaters.”

The immigrants staking their lives on the petition resulted in the development of a 5 year plan with the slogan of “recovering self-sufficiency” which was carried out from 1933. The Konsen wilderness was changed from the pre-existing agricultural system consisting mainly of grain and beans to one of full-fledged dairy farming. Be that as it may, until it came to be known as a dairy-farming kingdom, from the 30th year of Showa many challenges including the National Pilot Project from 1955 to 1964, had ensued. 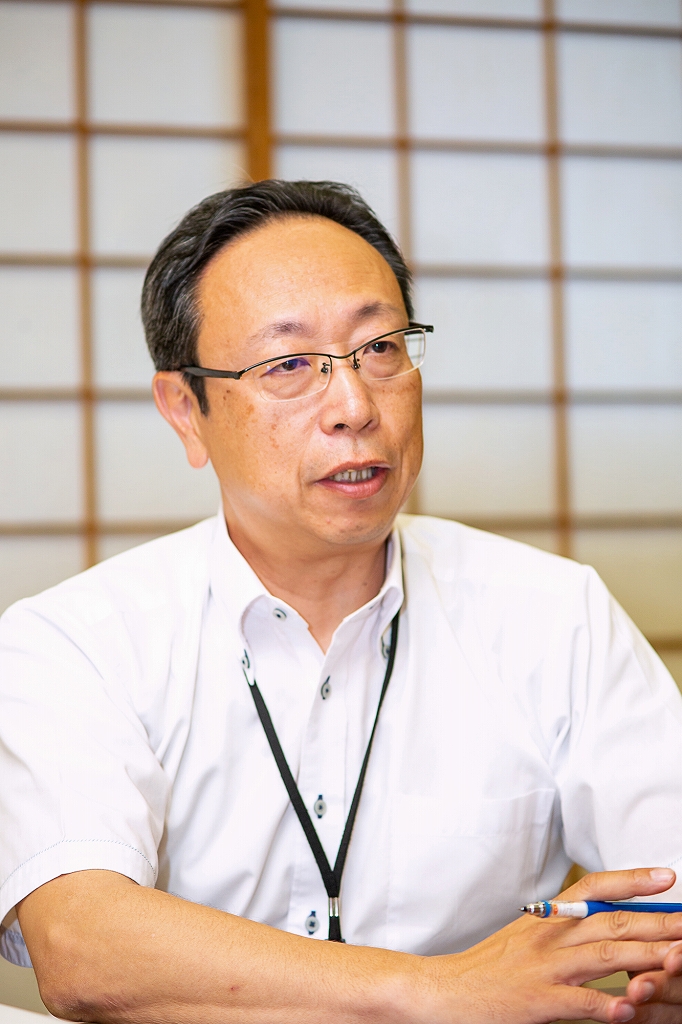 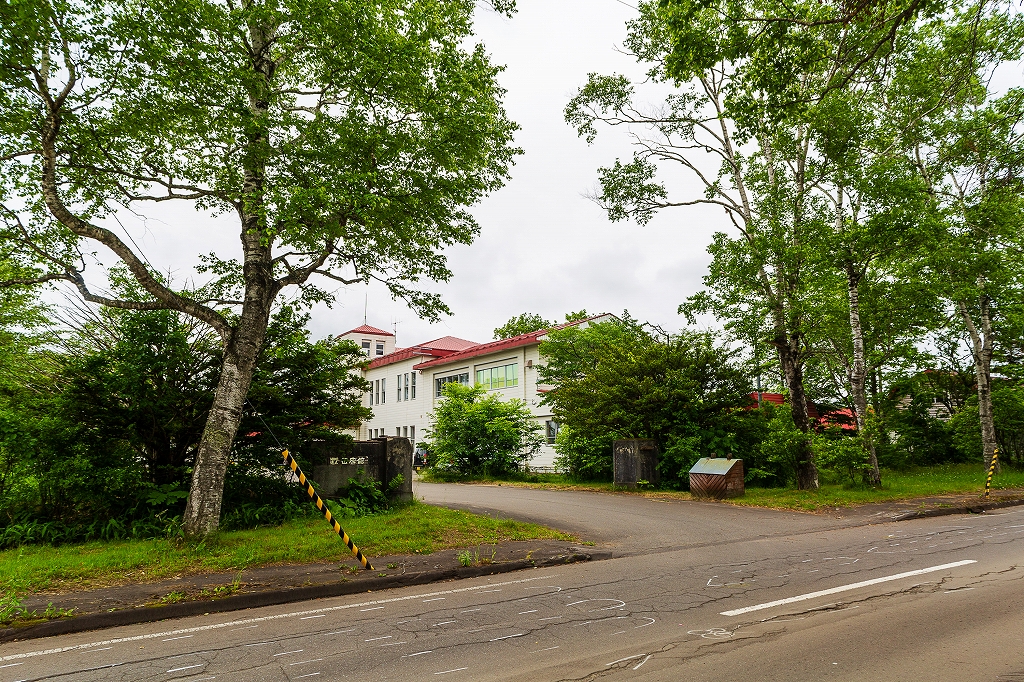 In 1927, “Denseikan” was built as a testing and research institution as part of the Hokkaido development plan. The two-story concrete building was a rare sight in Hokkaido, and it gave a sense of relief to immigrants who had felt helpless in a strange land. In the area today, a lined path of Japanese white birch trees remain from that era. 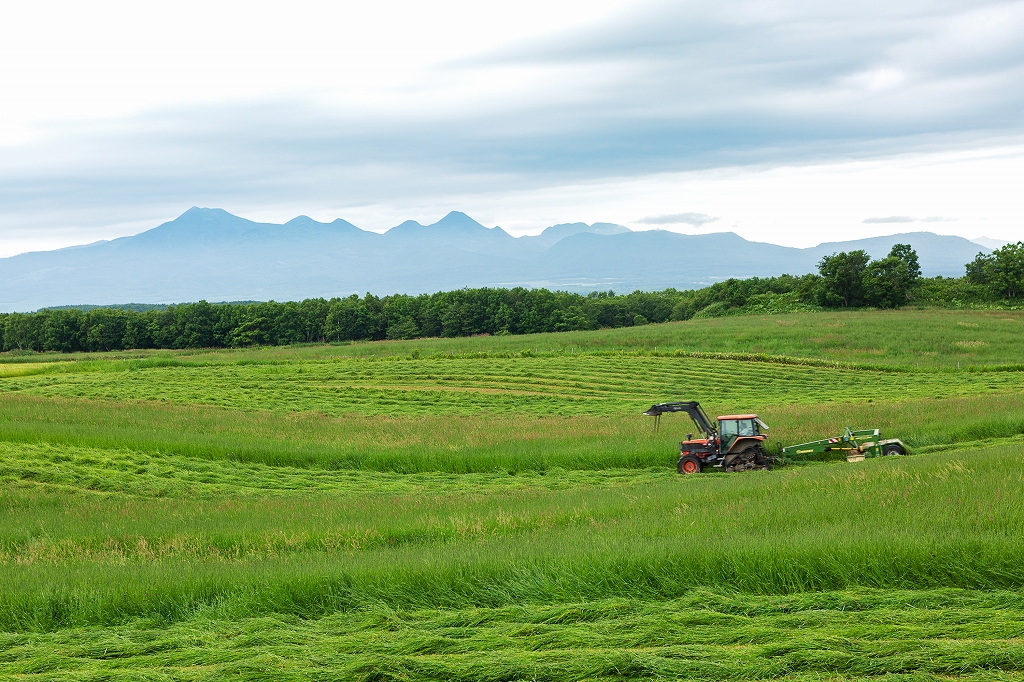 A pasture in early July. Farmers in Nakashibetsu Town keep 110 dairy cows on average and about 64 hectares of pasture land, where one of the largest scale dairy farm industries in Hokkaido is managed. A mountain range stretching from Shiretoko to Akan can be seen in the distance.

A Road that Carries Both People and Goods

Fisheries were developed on the coast, while agriculture was improved further inland, and transportation was indispensable to the both of them. From the Meiji to the Showa period, there was a unique transportation system called Ekitei, which was built to advance the development of Hokkaido. It housed people who carried goods on horseback from one point to another. It would be like including today’s train station, restaurant, department store, and hotel, all in a single place. From the start, Ekiteijo was built in the wilderness and was a mechanism to be abolished when the work of settlement was done. Over 600 Ekiteijo had been built in Hokkaido until the system ended in 1937.

Ekiteijo were placed in Shibetsu, Betsukai and Shari as well. One of them, the only one still preserved, is located in Betsukai town. We visited the “The Former Okuyukiusu Relay Station” which has been restored to its last working condition. Three different times, heritages related to transport and exchange are preserved in the Okuyukiusu area. Other than Ekiteijo, there is the former Okuyukiusu station on the Shibetsu Line of the National Railway, and the former Okuyukiusu stop of the Betsukai village local train line.
Tetsuya Ono, curator of Shibetsu Po-Gawa Historical Nature Park remarks, “The Shibetsu Line, as a path towards the salmon of the Nemuro Strait, encouraged the intermingling of people.”
In the salmon fishing season, much labor-intensive work was required. During the season, it was necessary to invite a labor force, as the work could not be covered solely by the locals. In 1937, the Shibetsu Line of the National Railway began its services. It carried migrant workers who were brought from the distant Aomori prefecture since its opening when there was a shortage in the catch of salmon. Salmon fishing had a good comeback from 1970, when the double-haul from the previous year repeated, and so migrant workers were actively coming and going in the area.

Many salted salmon, which were treated after being caught, were shipped by freight train from Shibetsu Station to all over Japan. Also in third decade of Showa (1955~1964) the train took settlers to the Konsen Pilot Farm which was the beginning of the modern dairy farm in Japan. After the fourth decade of Showa (1965~1974), there was a tourism boom of travelers visiting who had become enchanted with Hokkaido. The horses in the Ekiteijo of the Meiji period and the Shibetsu Line train of the Showa period were both packed with many dreams, ambitions, big anxieties, disheartenment, thoughts of home and family, as well as the various feelings of all those people who experienced it. 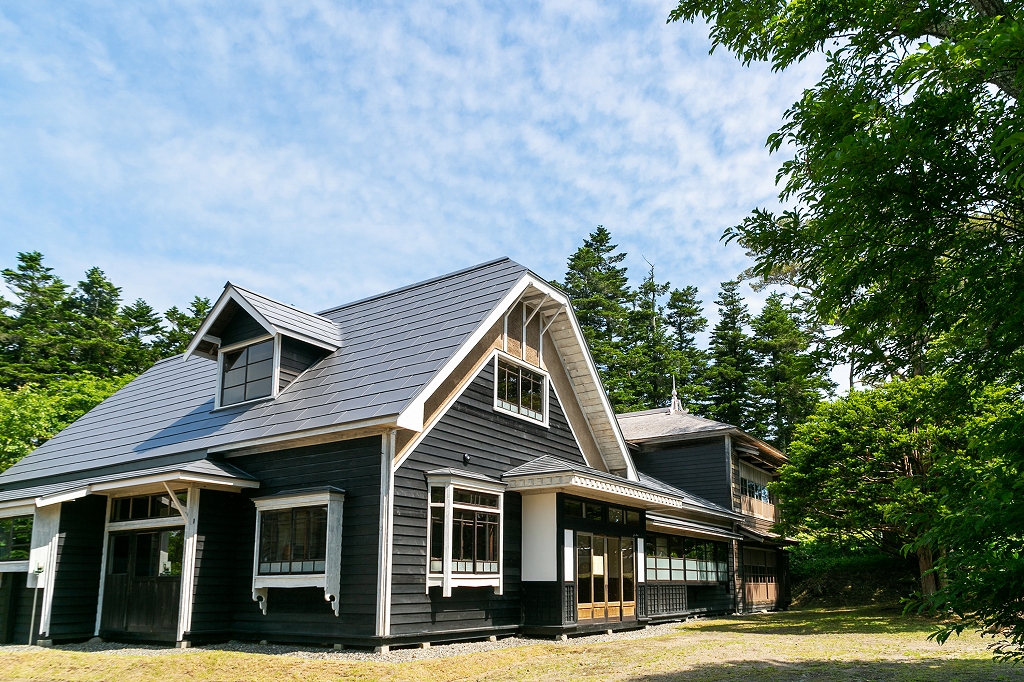 A historic site, the Old Okuyukiusu Ekiteijo, 3 years of conservation, repair, and construction completed and opened to the public on May 1st, 2019. 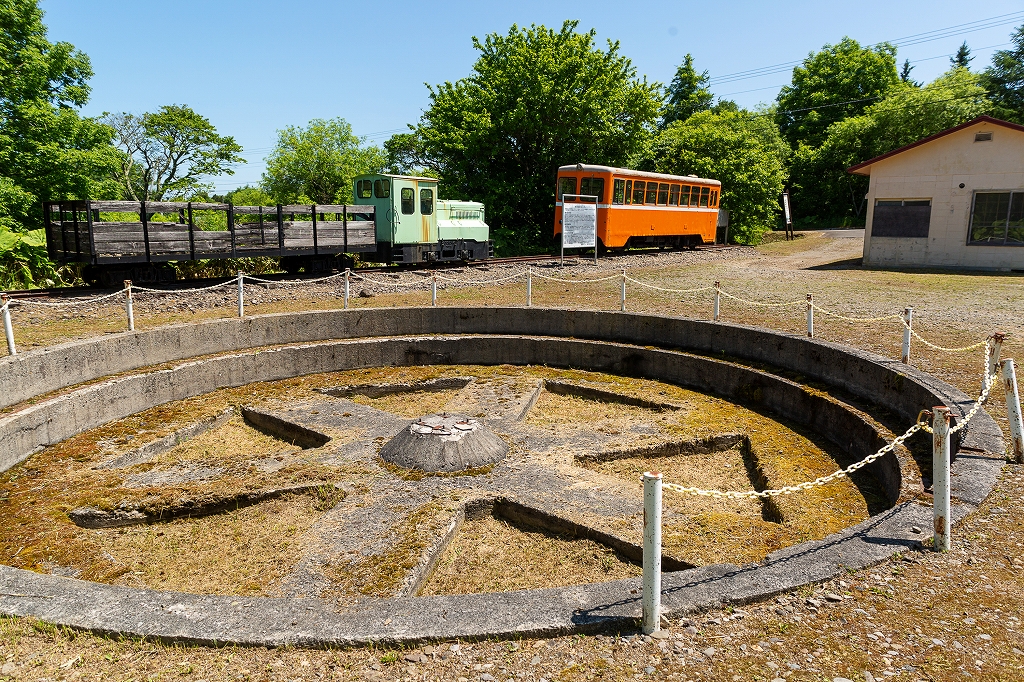 The Betsukai village local train track “Furen Line” ran from Okuyukiusu Station to Kami Furen Elementary School in 1963. Its main purpose was to transport milk, but it was repealed after only 8 years of service in 1971 with the advances in motorization. 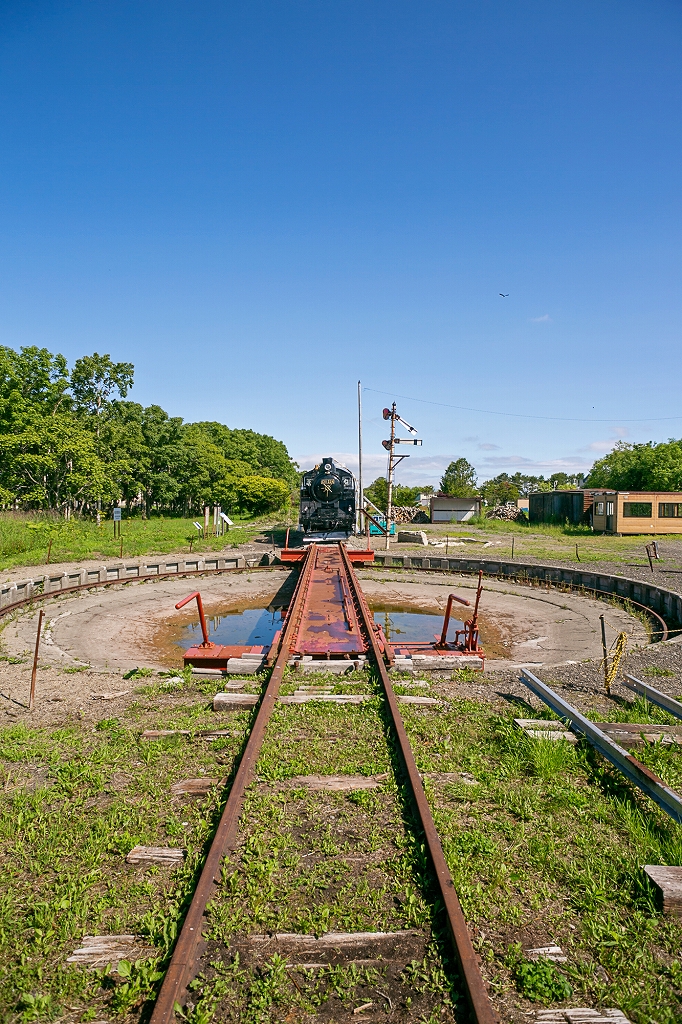 The starting and terminal station of the Shibetsu Line. The turntable, locomotory rails is a special characteristic of the Nemuro Shibetsu Station.

The former Okuyukiusu Station of the National Railway