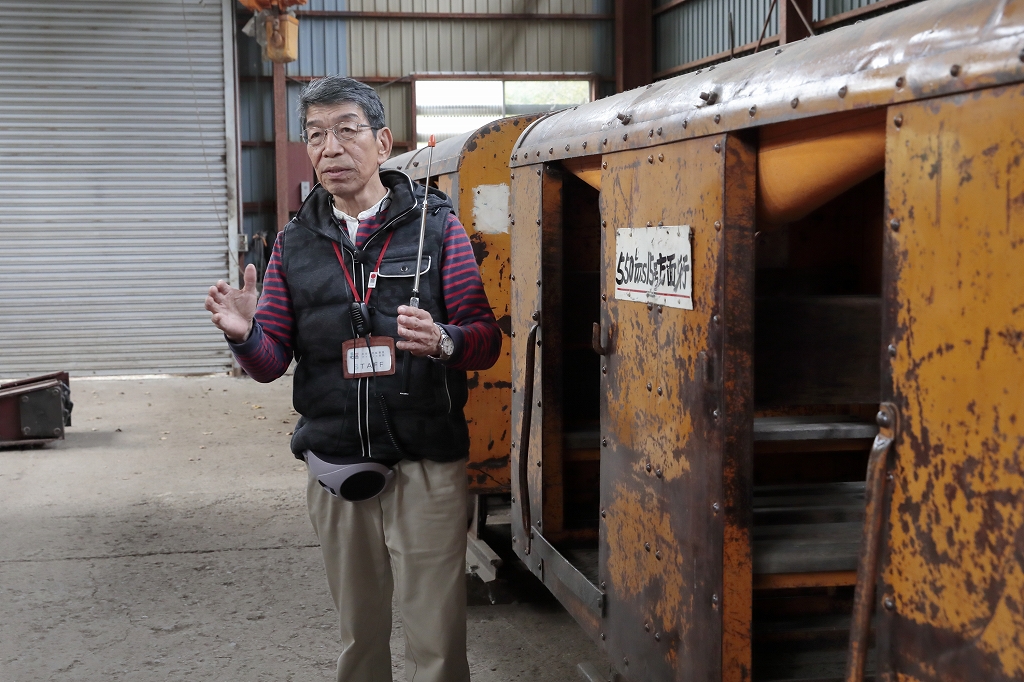 We met a coal mine heritage guide who has many years of experience in the mines.
Words by Aratame Nanae
Photographs by Ito Rumiko
Translation by Xene Inc.

Mr. Mikami Hideo serves as a guide for the Akabira Municipal Coal Mining Heritage Guidance Facility, sharing inspiring stories with visitors. One such story is about the No. 1 Shaft Tower of the former Sumitomo Akabira Coal Mine. This elevator-like facility uses a gigantic pulley to hoist wire which lowers a four-level, box-shaped cage to a depth of 615 meters underground, and also lifts extracted coal back to the surface. Mkami shares his own experiences in this very shaft. “Each level would hold a team of 18 miners. Descending at 12 meters per second, your ears would start to hurt on the way down.” Listening to his riveting tale, you can imagine an invisible wire starting to move, and the rusty cage descending deep into the earth even today. 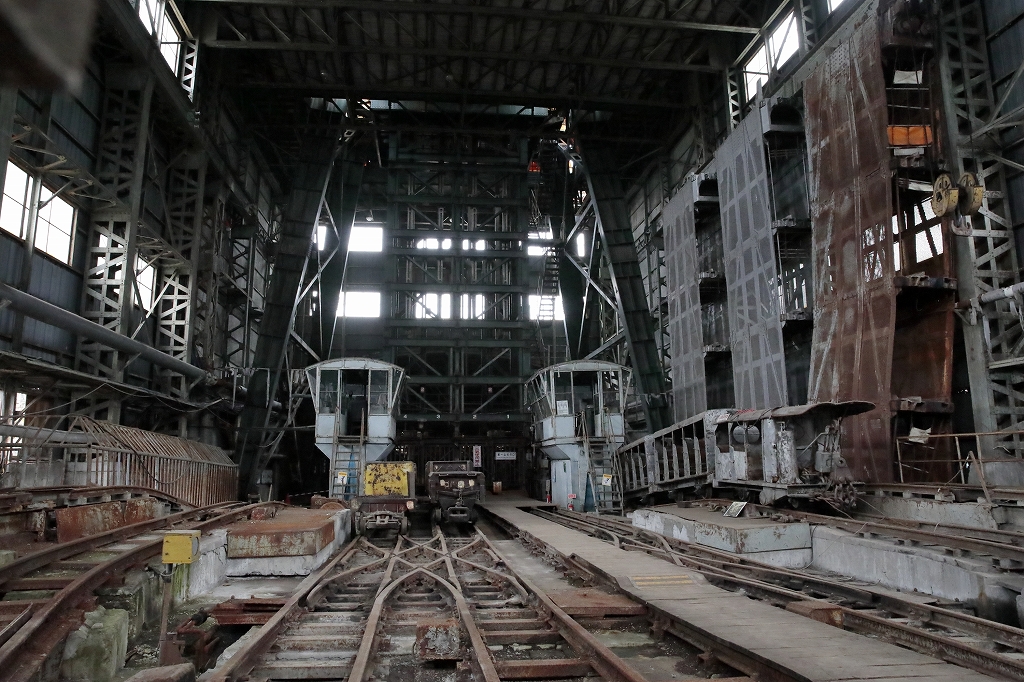 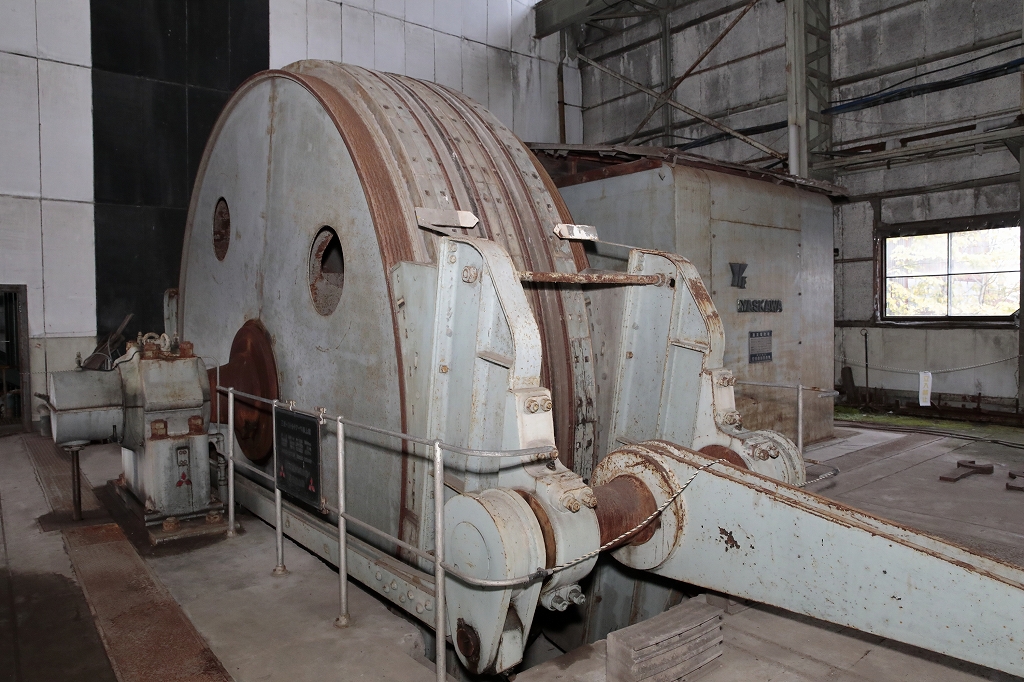 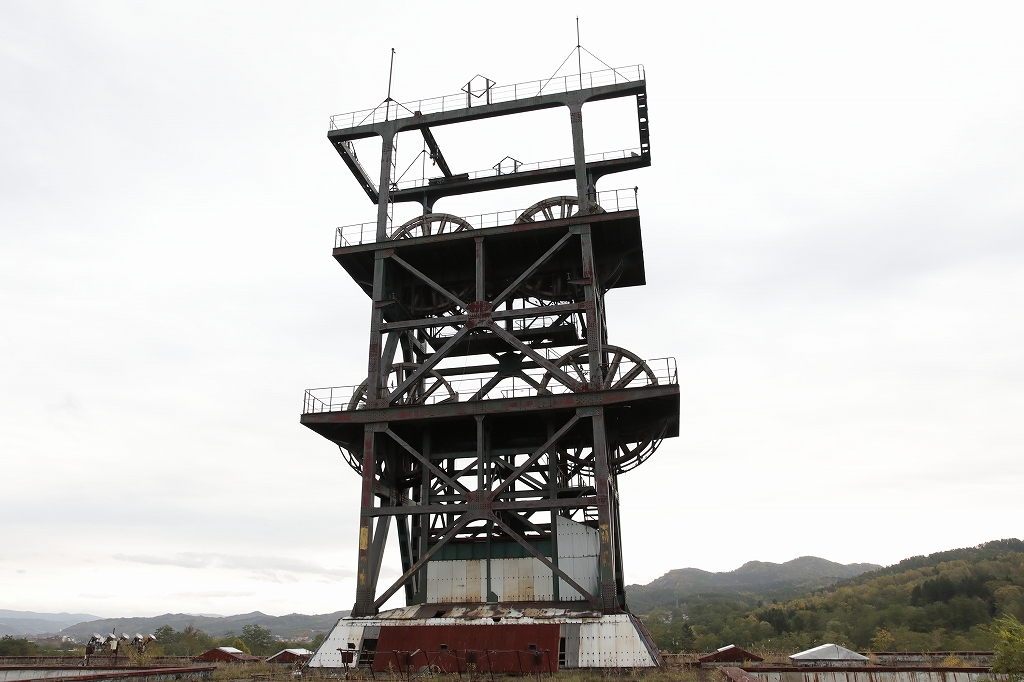 Pictured above: The shaft tower and head sheave. The 5.5 m diameter pulleys are the same as the four pulleys seen in the upper shaft, pictured below.

“My birth, upbringing, and career have all revolved around coal mining,” comments Mikami, who was born in the village of Tomari, Shiribeshi Subprefecture, which was the site of Hokkaido’s oldest coal mine. His father worked in the mines, however, when it closed in 1964, his family moved to Akabira. There, his father took up work at Sumitomo Akabira Coal mine, the largest of the four massive coal mine operations in Akabira. 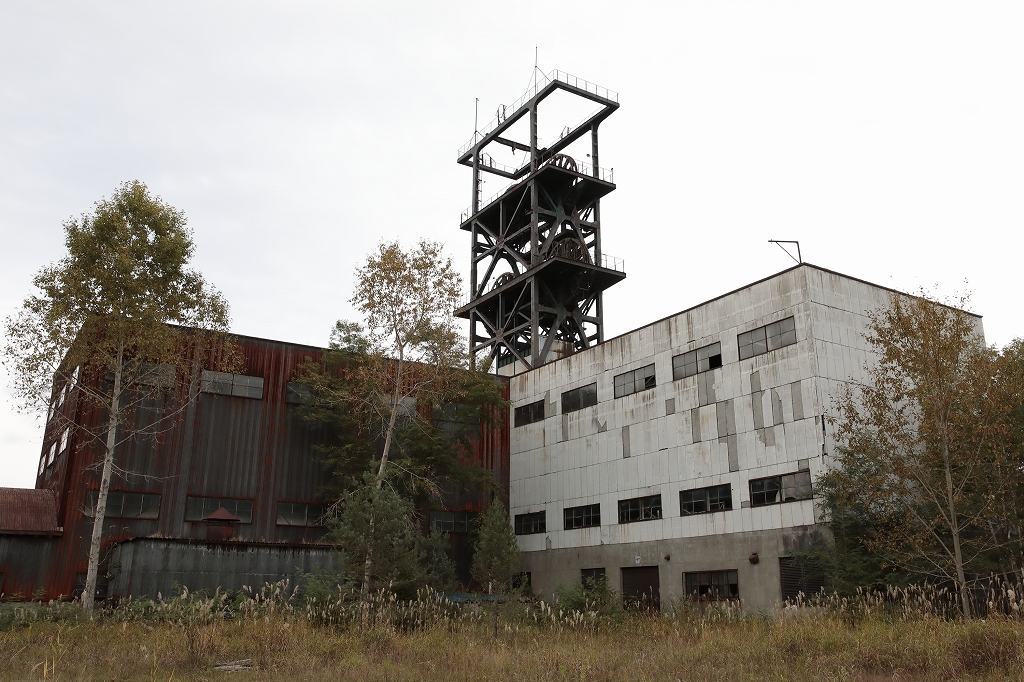 The No. 1 Shaft Tower is a symbol of Akabira

Mikami studied at a high school established by the mining company, and after graduation at the age of 18, headed to the mines himself. From the age of 23, he also undertook duties with a rescue crew independently organized by the mine. This position placed him in considerable danger as a first responder to mining accidents. At the age of 26, he was hired as a direct employee of the mine, and held a long career with roles including safety management and site foreman. 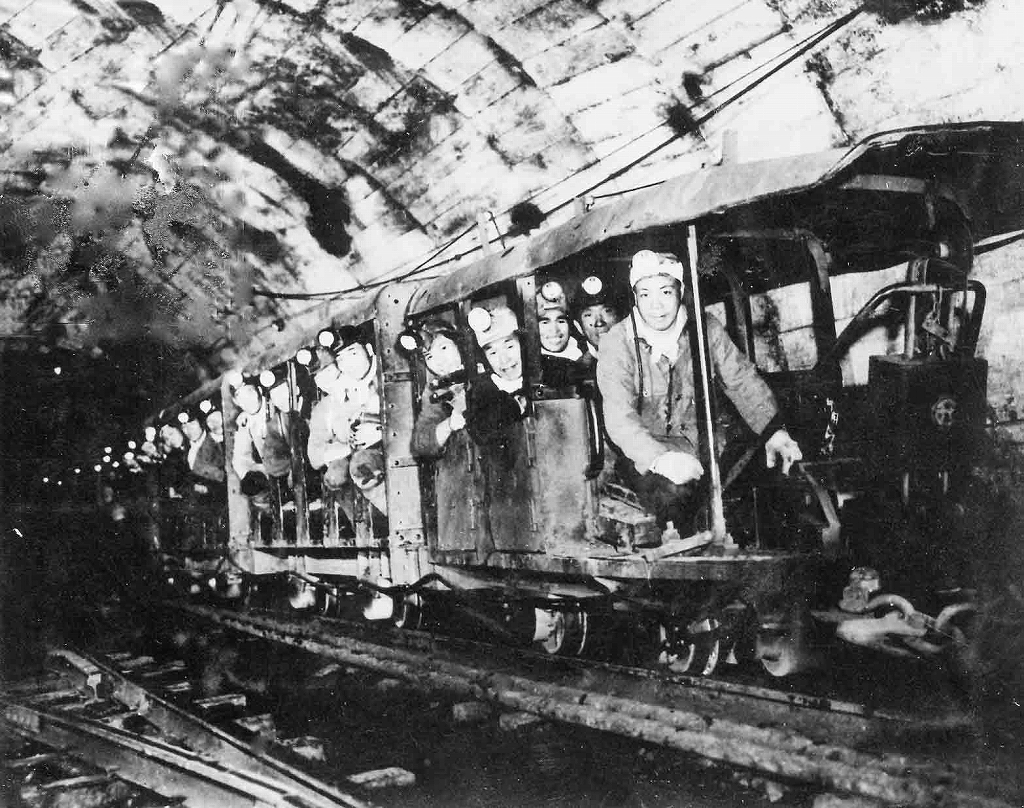 Staff entering the mine on a rail-riding cable car. (Photo courtesy of Akabira Board of Education) 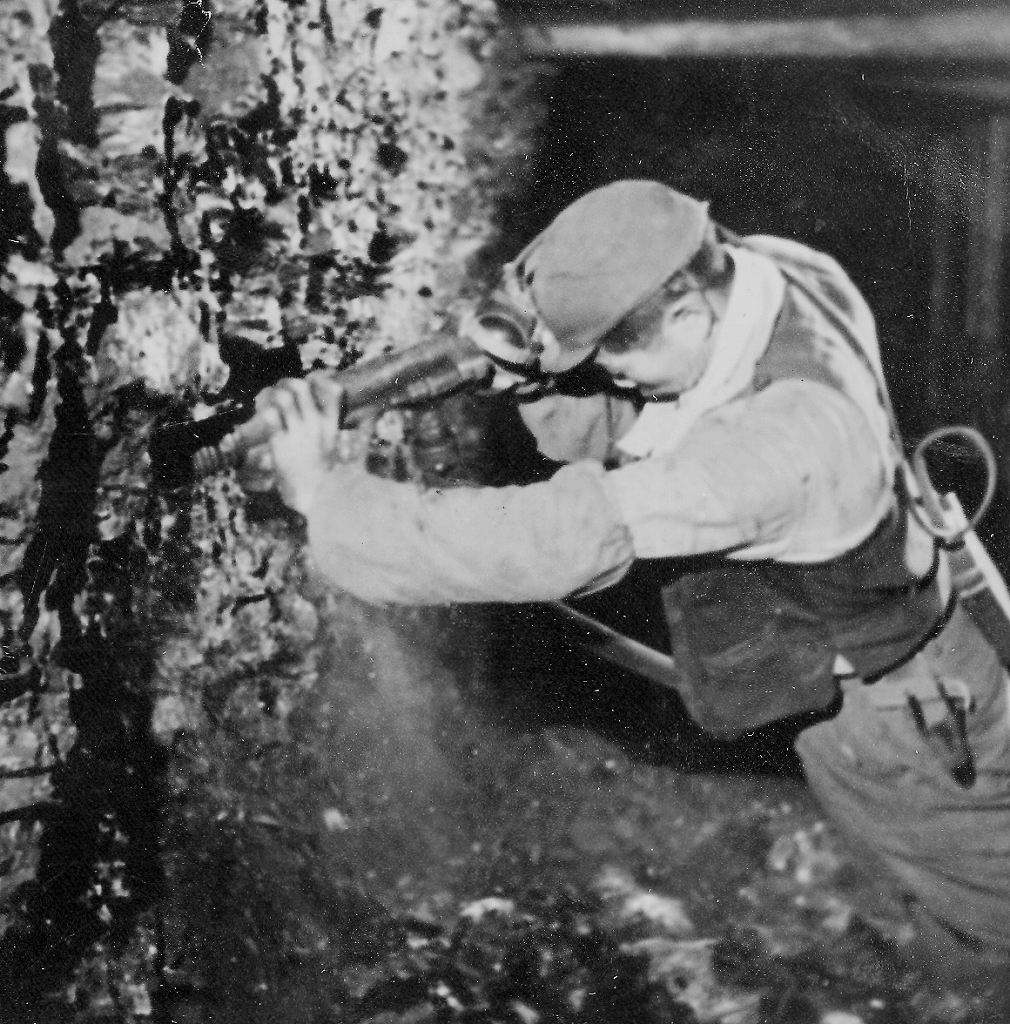 Mining work in progress (Photo courtesy of Akabira Board of Education)

Around 1965 to 1975, Akabira’s coal mines began to close one after another, until only the Sumitomo Akabira Mine remained. Efforts were made to revitalize the mine by developing its deeper sections and upgrading the shaft size to allow greater production, however, as times changed, the mine became outmoded and was eventually closed in 1994. Now 43 years of age, Mikami spent one last year finishing duties, then became a temporary employee of the Akabira municipal government.

In 2003, the 6th International Mining History Congress was held in Akabira. There, Mikami was requested to serve as heritage guide for local coal mines.

Mikami recalls that his reaction was, “Why now, after all this time?” In 2002, “Sorachi Region Coal Mining Facilities and Lifestyle Culture” was officially designated as a Hokkaido Heritage. While this was a great opportunity to create interest in the history of coal mining throughout the entire Sorachi region, regrettably, the personal experiences of former coal miners and local residents were not widely shared. Mikami was one such person. Applying his intimate knowledge of the coal mines, Mikami contributed to the first step towards today’s coal mining heritage.

Towards the establishment of TANtan

The International Mining Congress was an opportunity for Mikami to become involved with TANtan, an Akabira Community Club which had begun to utilize local coal mining heritage. Mikami took on a role as a guide for the mine shaft and related facilities.

The experience greatly reshaped Mikami’s awareness. “Akabira is home to coal mining heritage. I want to share our history and our culture.” In 2018, he took a temporary position as a full-time employee of the Akabira Municipal Coal Mining Heritage Guidance Facility. When the facility is open, he works daily as a guide. 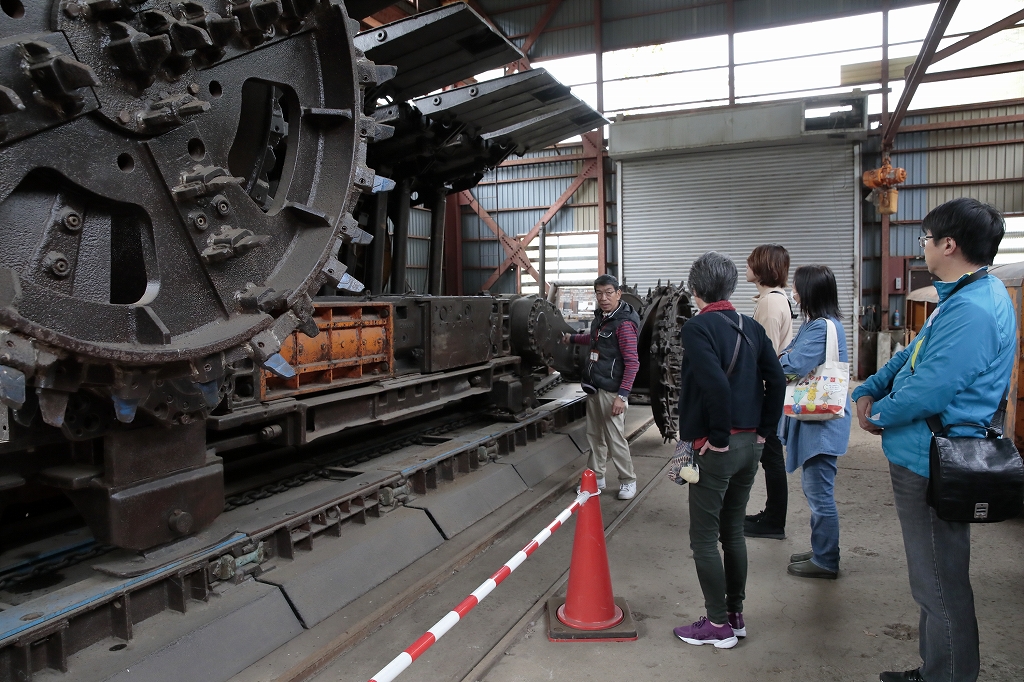 When he first started serving as a guide, Mikami did not want to speak of accidents. While serving on the rescue crew, he had witnessed a number of tragic accidents, and sharing such stories meant facing these difficult memories. While struggling to come to terms with his feelings, his attempts at guiding led him to understand that mining accidents are an essential topic. He came to realize that he must share the truth of what had happened deep within the mines. 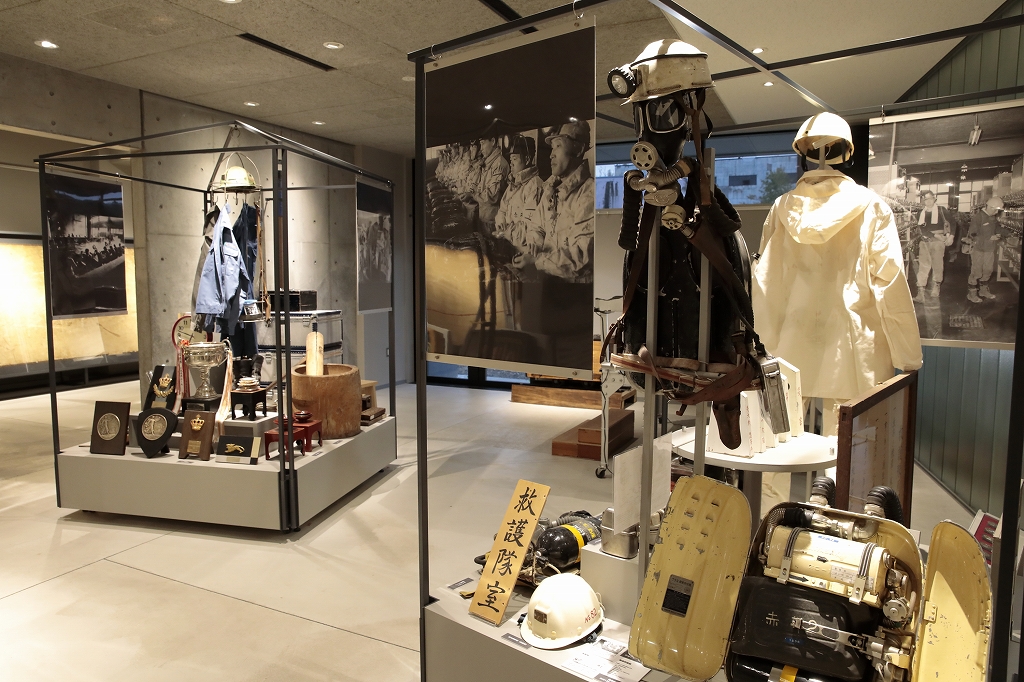 About 200 materials are on display in the Guidance Facility

Passing on memories of coal mining to future generations

Mikami faces the issue of training successors. He creates documents of his memories and videos of guiding so that even people without personal experience in the coal mines can faithfully interpret local mining history. Through trial and error, he also strives to develop programs to pass on Akabira’s coal mining heritage to generations too young to know of coal mining, especially children.

Mikami concludes, “Coal mines were central to Japan’s modernization and post-war recovery. I want to share Akabira’s history as a community that prospered through coal mining with as many people as possible.” 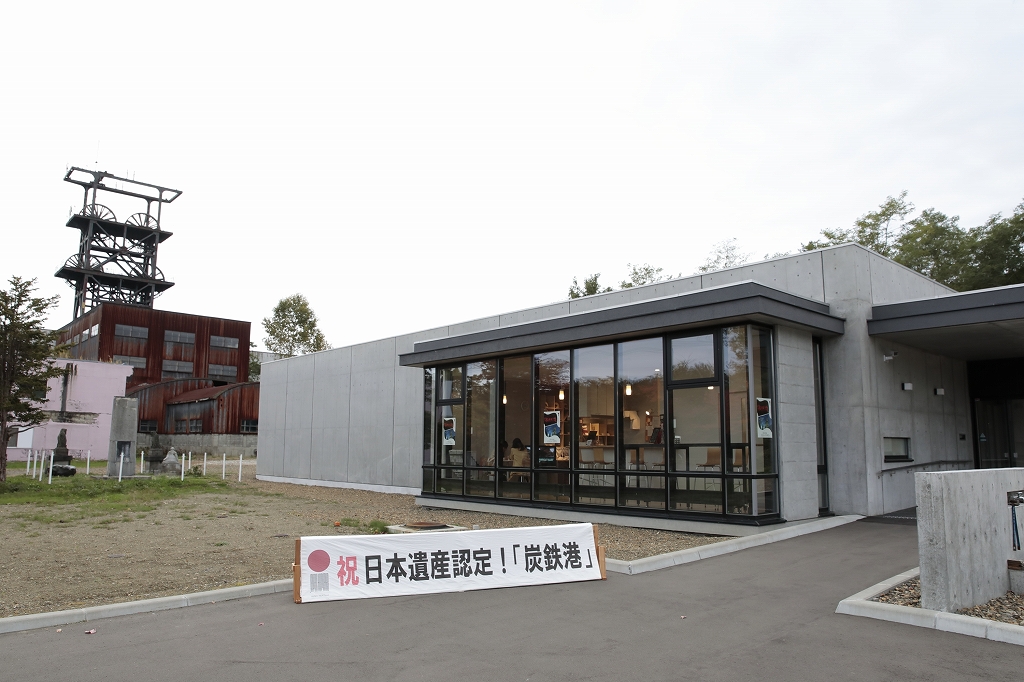