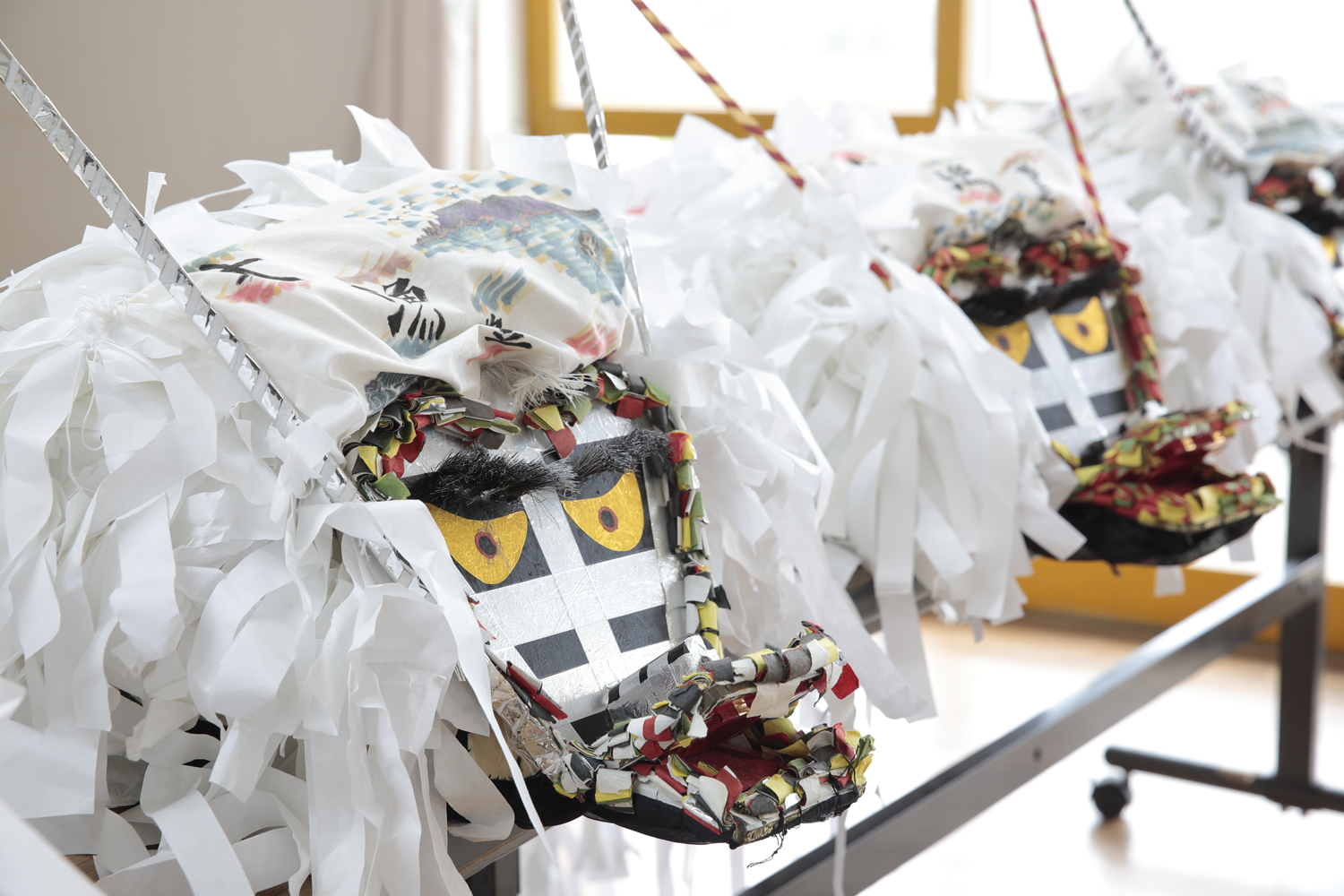 Six of the nine intangible folk cultural properties designated by Hokkaido are located in Esashi. What is the reason that the performing arts passed down through generations in the villages have been able to survive over the years without fading away?
Words by Inoue Yumi
Photographs by Ito Rumiko
Translation by Xene Inc. 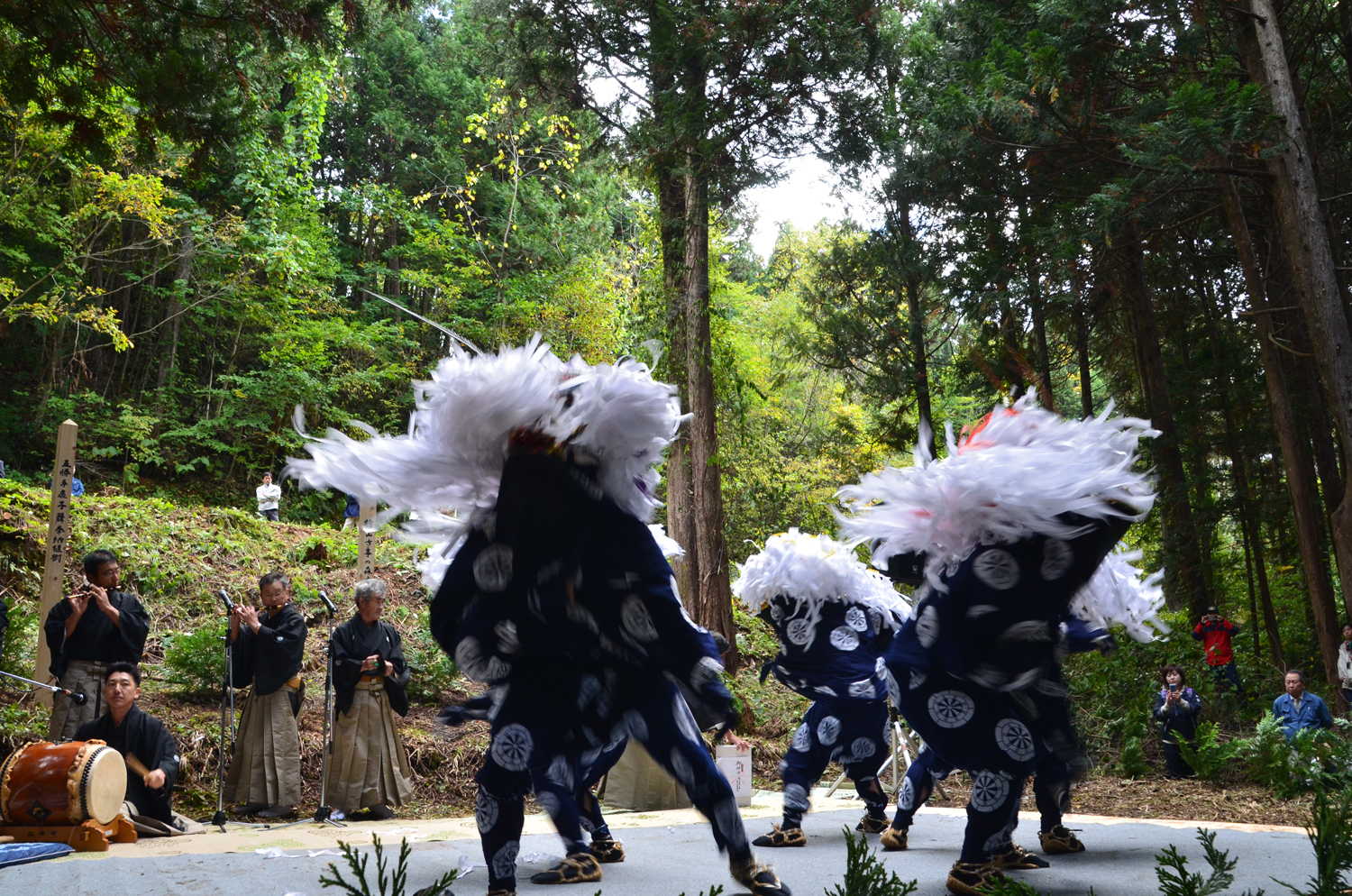 In addition to the five shishi deer dancers, at least 13 members are essential to the performance, including a singer called the oyaji, a daigasa large umbrella bearer, taiko drummer, sasara bundle, chagama tea kettle, and fue flute. The rhythm of the taiko is the driving force behind the performance.
In most cases, the less dynamic female shishi deer and the elder shirasagi deer are performed by the more elderly, while the three male shishi deer are performed by younger people. Every year in May, the dance is presented on stage at the Esashi Oiwake Kaikan, and is also performed at festivals held at shrines.

The Gokatte shishimai deer dance is a folk performing art that has been passed down for generations in the southern part of Esashi, which was once known as Gokatte. 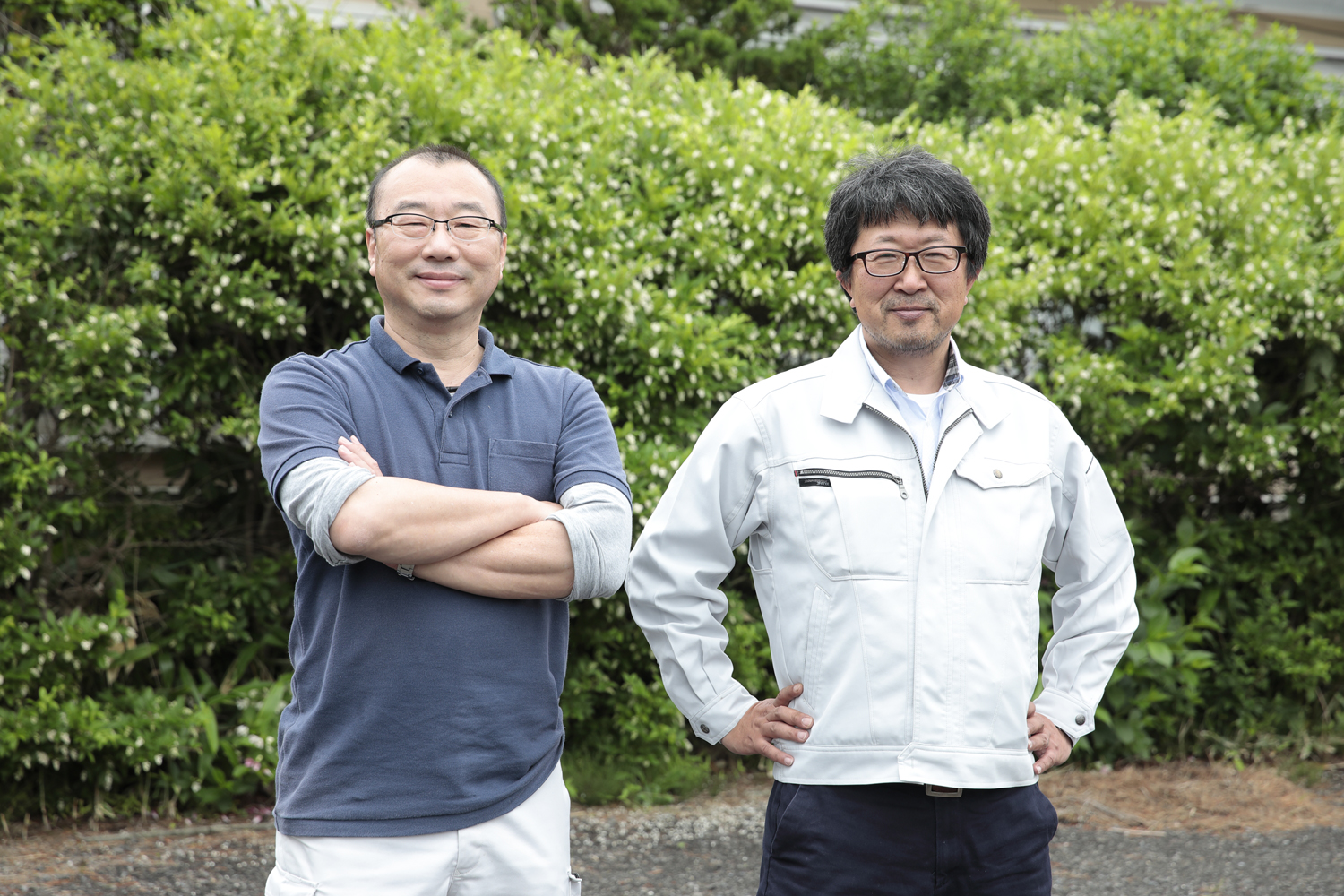 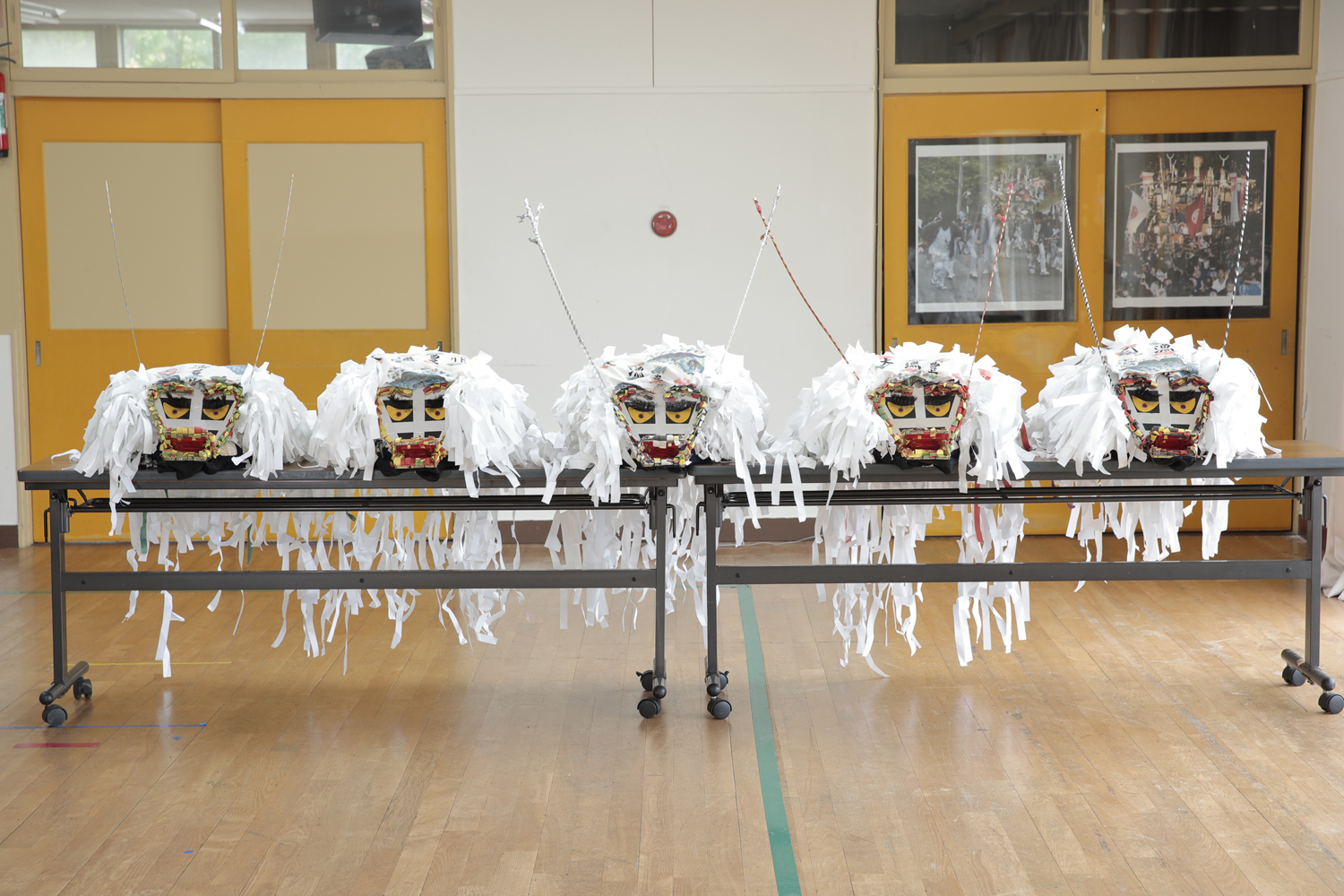 The Gokatte shishimai deer dance has continued for at least 200 years but the lyrics and composition have changed over time.
Miyahara says, “As people change, naturally the way they dance will also change. Songs are also sung in the way the people want to sing them. The lyrics are now in print, but in the old days, people imitated what they heard, and there are parts of the lyrics that they did not understand well.”
What is more important than the need for accuracy is the fact that it is passed down in the local community.

Miyahara also commented, “Intangible cultural properties are supposed to change.” The most significant thing is that the tradition continues, changing little by little to meet the demands of the times and the actual conditions of the region.

Currently, there are more than 20 members of the Gokatte Shishimai Deer Dance Preservation Society. Their ages range from first-year high school students to those in their 80s.
The question of how to preserve and pass on the dance in the future is a major challenge.

The members do not continue to perform for the sake of performing on stage. At its core, it is about getting together with fellow members of the community and having a good time. It is fortunate that the culture of enjoying local performing arts has been instilled in the local community. 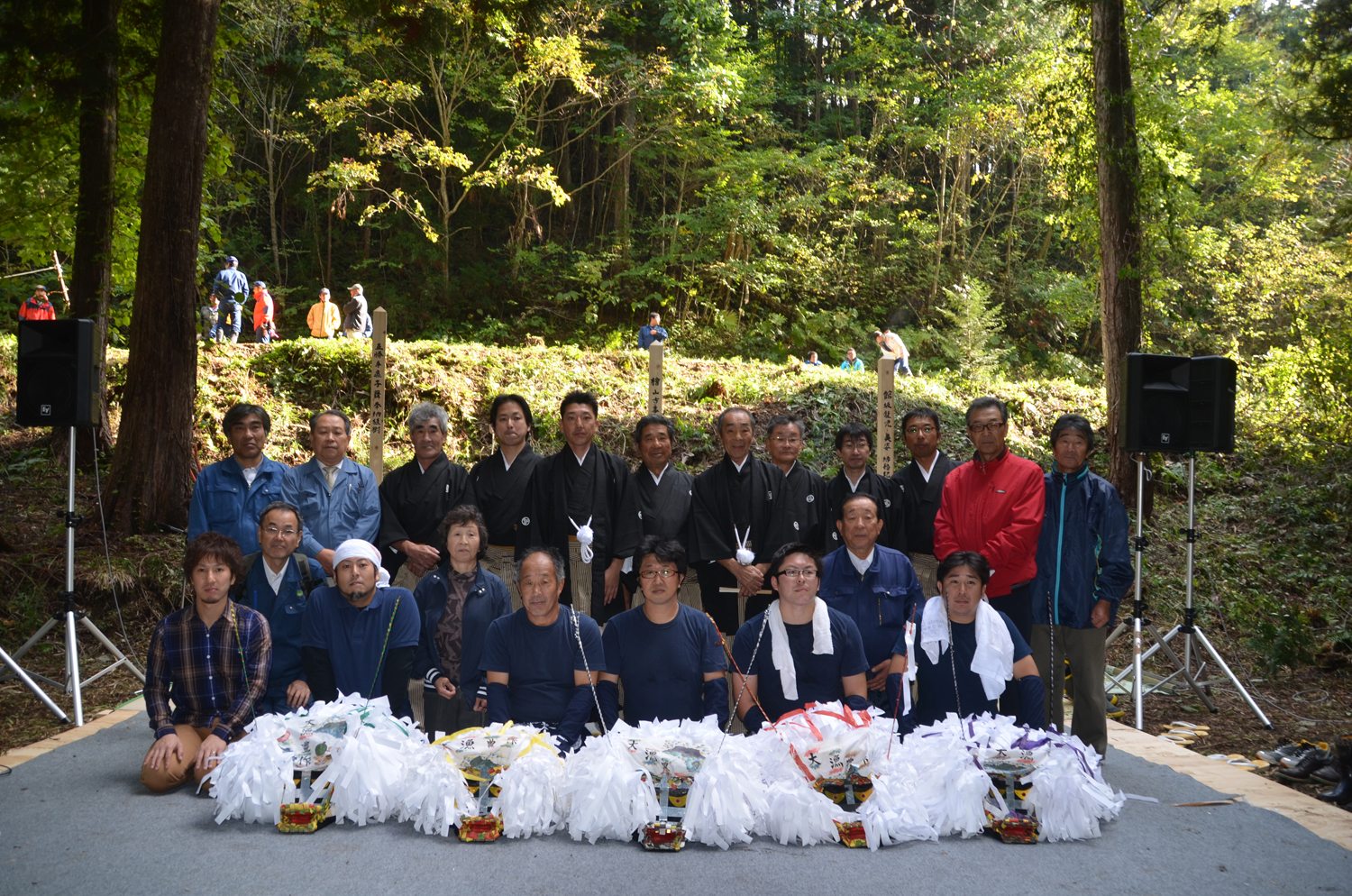