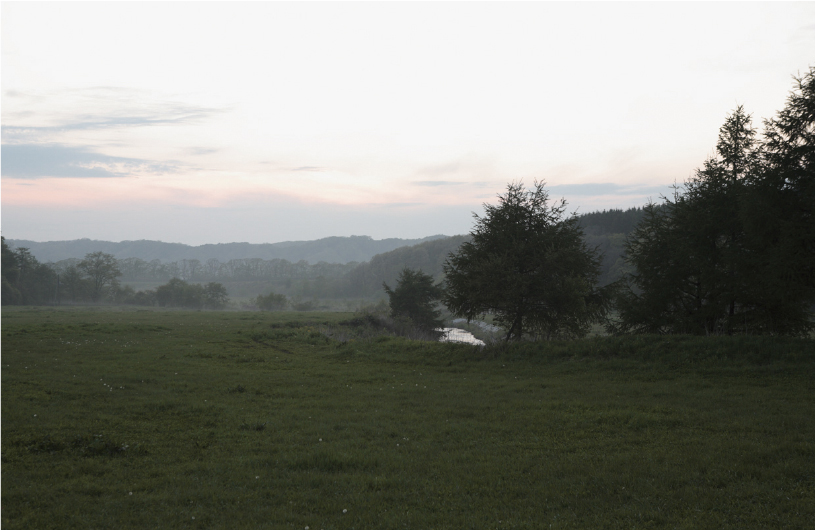 Why was Biratori considered an unbeaten track?

English traveler Isabella Bird visited Japan in 1878. Information about Japan unknown because of the policy of national isolation spread to Europe and the United States, and interest in the Ainu, an indigenous people of Japan, grew among anthropologists, who said they looked just like Europeans. Bird had the idea that she would like to be the first to report that she had visited the Japanese hinterland untouched by European civilization.
Why did she consider Biratori an "unbeaten track" in Japan? There must have been Ainu living in other parts of Hokkaido. Yoshiro Terashima, a Biratori-cho resident and local historian, showed me a map, saying, "I think it is the fault of this map, which only depicts one-fourth of Hokkaido."

This is a map created by England in 1876 to consider locations for placing a lighthouse in Japan. Bird was looking at this map when she visited Japan. To her, Biratori, which is in the upper-right corner of the map, was indeed a hinterland of Japan.

The lower Saru River as seen from the Great Shiunkotsu Bridge

Looking at Biratori Through Bird's Eyes

Before she arrived in Biratori, her trip on "unbeaten tracks in Japan" was harder than she imagined. Among her difficulties were crossing rapids riding on the shoulders of an Ainu and that the horse she was riding had difficulty making it out of a swamp. Today there is a 15 kilometer footpath where Bird is through to have walked. In the shallows where the Great Shiunkotsu-Kawamukai Bridge spans the Saru River are the remains of a ferry landing where she crossed in a small boat.
Terahima told me about a special route: “It’s not the exact route followed by Bird, but if you walk upstream along the left bank of the river from the Great Shiunkotsu Bridge, vegetation grows thickly and you can feel what the place was like at that time.”
Bird asked two boys to take her down the river in a dugout canoe (a "cip"). Today, in late August every year, a "cipsanke" festival is held on the Saru River, and participants can enjoy going down the river. This time of year overlaps with the period when Bird was in Biratori. During those several days, she collected a great deal of information and recorded it in fine detail. 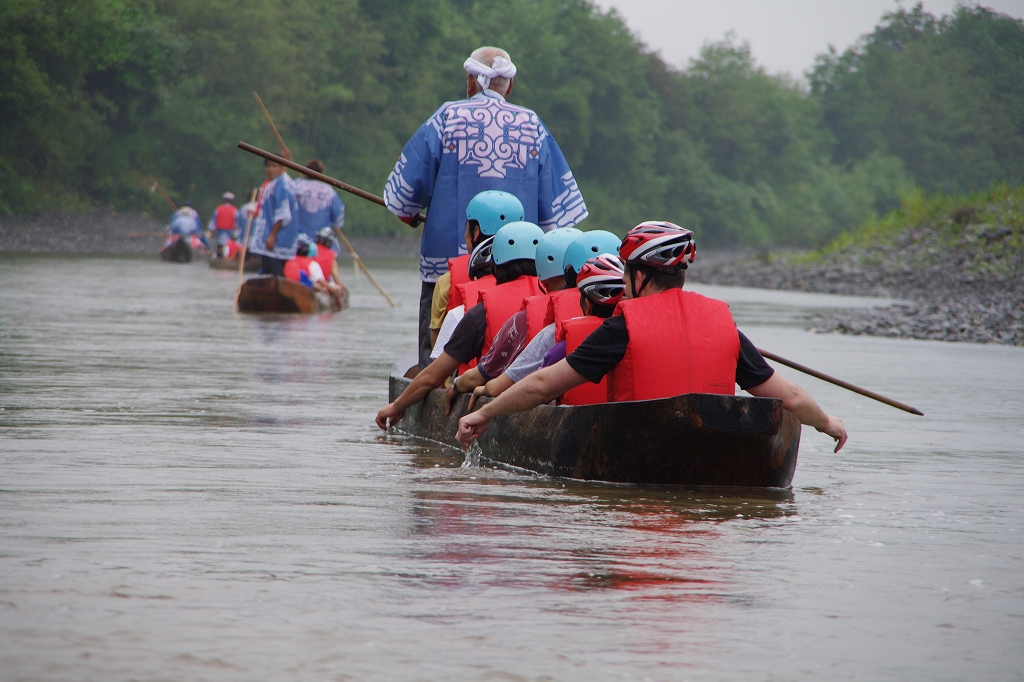 * The map in "Furenai Local History" was copied from R.H.Brunton1876:NIPPON〔JAPAN〕. The original is owned by Map Library,The National Library of Scotland.