Inserting a soul through the belly button of a tonkori 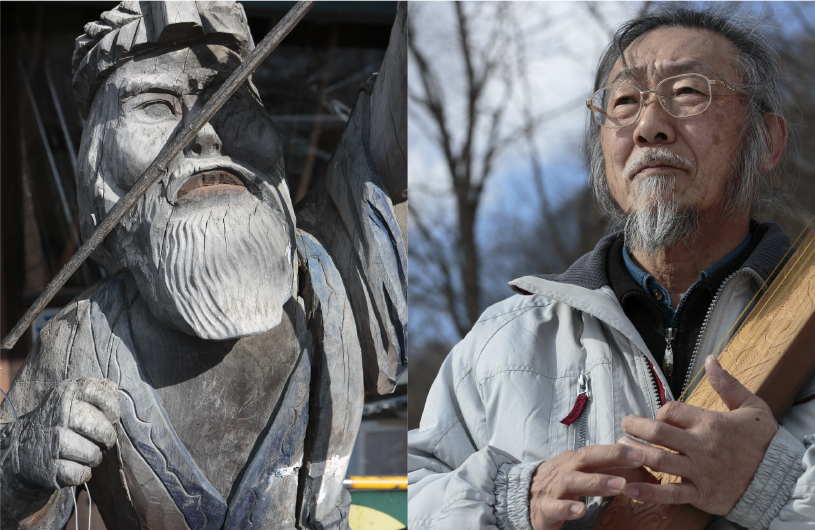 Songs without beginning or end

The tonkori is a five-stringed instrument handed down by the Ainu of Sakhalin. It has a tone quality that pierces the body, and melodies that repeat as if a prayer were being offered. The purpose of the instrument's overtures is to drive out nearby demons and evil spirits before a song is played. Tonkori songs are based on the realm of nature, with such names as "The Sound of the Wind" and "The Chirping of Birds," and have no beginning or end.
"Unbeaten Tracks in Japan" by Englishwoman Isabella Lucy Bird, who visited Biratori in 1878, talks about the tonkori, so there is little doubt Bird heard the tone quality of the instrument.

A tonkori with the form of a person

A tonkori with a human motif has a belly button (hole) in the part resembling the trunk of the body. As a finishing touch, a glass bead, representing the soul, is put inside through that hole. Today shamisen strings are used, but long ago strings were made out of the tendons of Hokkaido Sika Deer.
Ainu took pride in their ability to carve intricate patterns in everyday objects. A high level of pattern carving skill was linked to the ability to skillfully make hunting tools and catch a lot of game, and so was proof of survival ability. Saying anything that does not house a spirit is not an Ainu tool, woodcarver Shigehiro Takano insists on continuing to guard this tradition by putting a soul into every one of his creations.

The tonkori made by Shigehiro Takano are highly esteemed as instruments, and he is the only one in Nibutani who makes them. 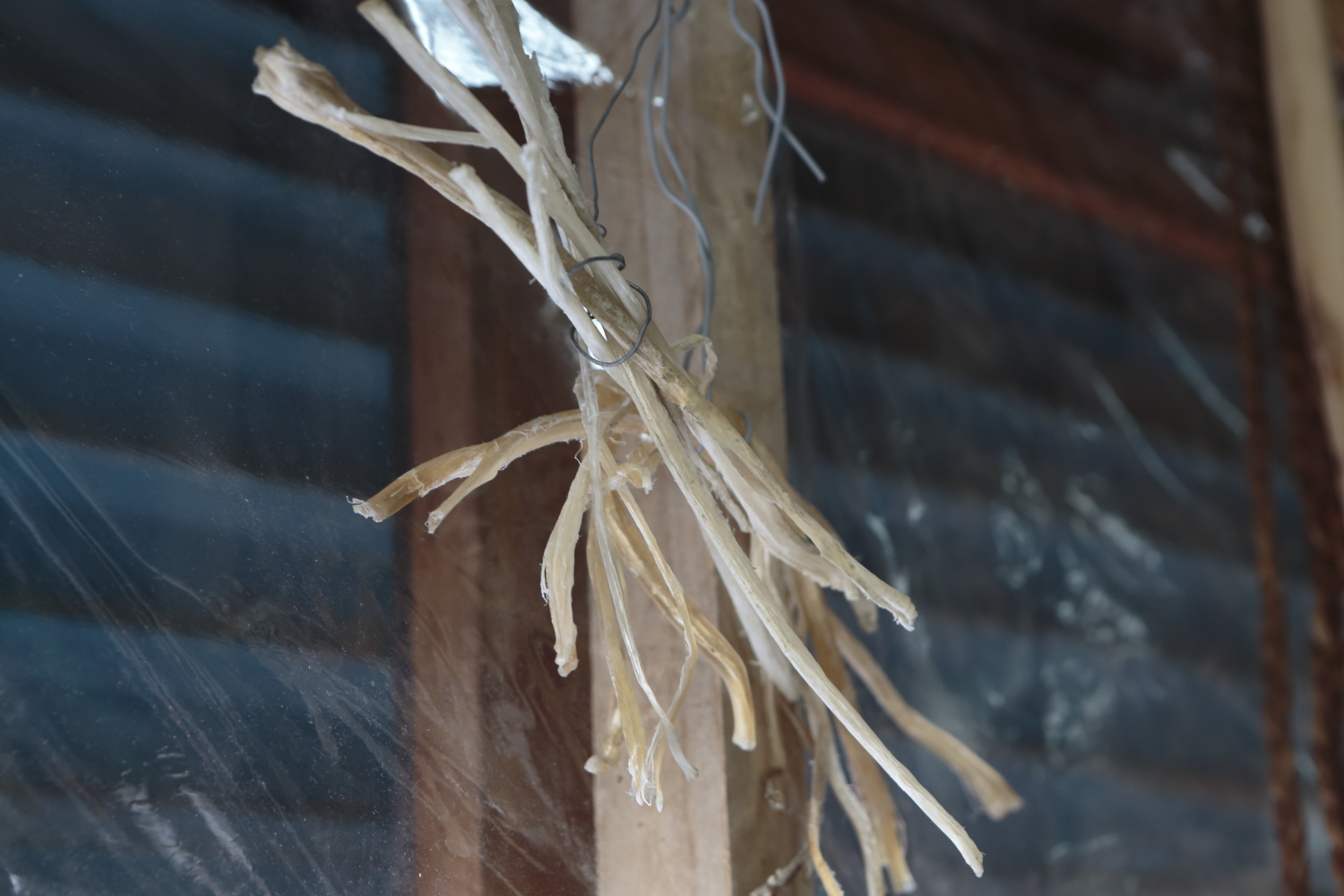 Tonkori were made from the tendons of Hokkaido Sika Deer long ago.
They are said to make a deep and gentle sound.

He will not make anything that does not house a spirit.

It was 1972 when Tokyo-born Takano visited Nibutani. He was a young hitchhiker wandering from place to place. He learned about the traditional Ainu culture for the first time and experienced culture shock. Takano met woodcarver Moriyuki Kaizawa and it changed his life. Takano made up his mind to summon his girlfriend from Tokyo and live in Nibutani. He began studying woodcarving under the tutelage of his new teacher. Watching the technique of his teacher, Kaizawa, and more experienced students, he learned the entire process in three years. He then spent two more years studying under Kaizawa and another two years in free service to him as a thank you before striking out on his own.

Whether an ita (tray), a makiri (small knife) or a tobacco container, an Ainu puts elaborate patterns into his daily use items to display his own ability. It is to show that he can skillfully make his own hunting tools and catch a lot of game. In other words, it is proof of his ability to survive. "That's why I insert a soul into each individual carving. Because a tool without a resident spirit is not an Ainu tool," he says, stubbornly following the old tradition. 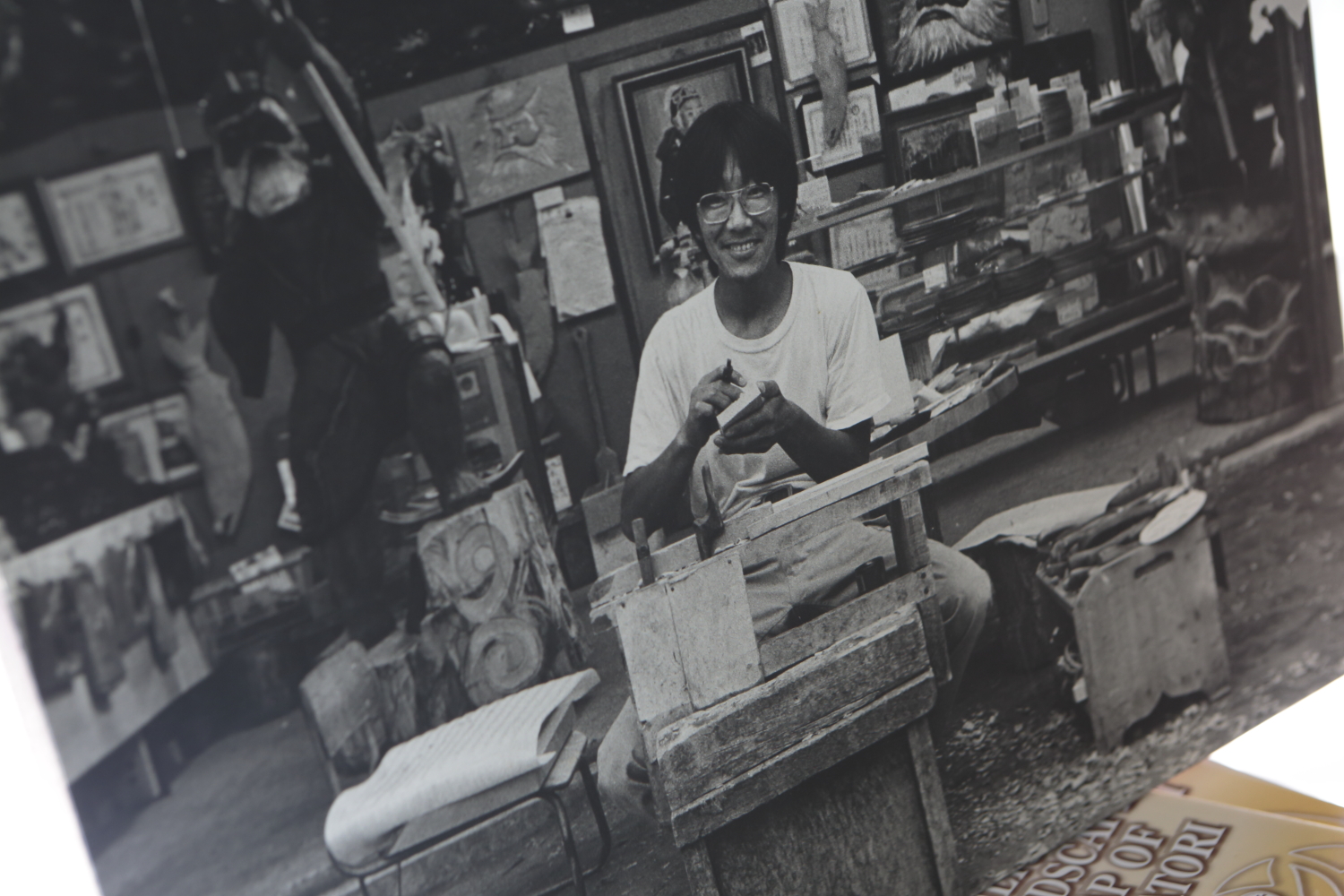