The towns of Hokkaido - Muroran

The Perfect Filming Location for Scenery, Humanity and Presence

Over 400 films have been shot on location in Hokkaido since pre World War II. Among these, Muroran is common choice. Why is this city, without the rural scenery or vast horizon recognized by people as Hokkaido and with few tourists, so attractive?
Words by Yajima Azusa
Photographs by Kurose Michio
Translation by Xene Inc. 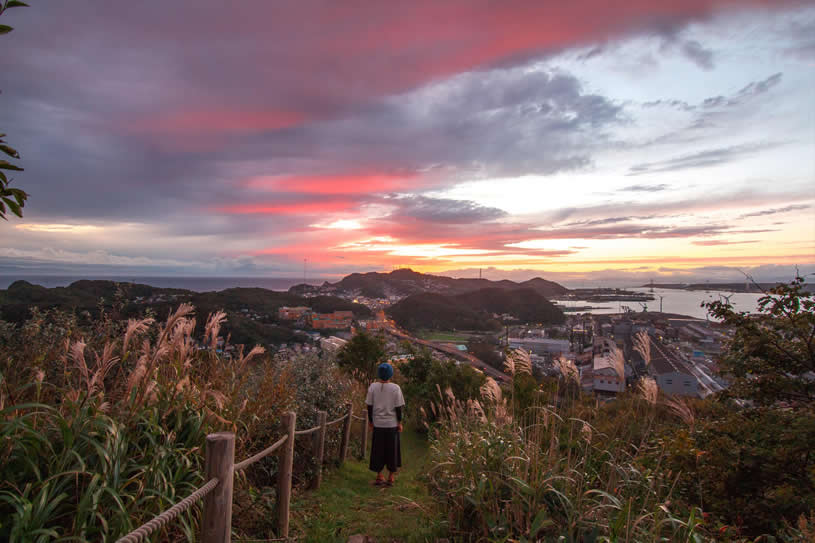 "Tori FES in Muroran 2016" Grand Prize Winner: Looking Down from the Top of Bokoifuji (Photograph by Hirade Miho from Sapporo)

Walking on the Cliff

The more I walk in Muroran, the more I discover something surprising. I felt that for the first time when I walked approximately 4 km along the cliff from Muroran Youth Hostel in Miyuki Town toward Cape Chikyu.

As I look at the 360 degree view on the hill called Miyuki Peak, I'm amazed by the coexistence of entirely different sceneries. Looking back, there's Itanki Beach with naki-suna, foundries billowing smoke on the right, and hills lying straight ahead overlooking the expansive Pacific Ocean. Naki-suna, sand which makes clear sounds when a person walks on it, is proof that the beach is not polluted. It is almost a miracle that such a beach exists in one of the most developed industrial areas in Hokkaido. 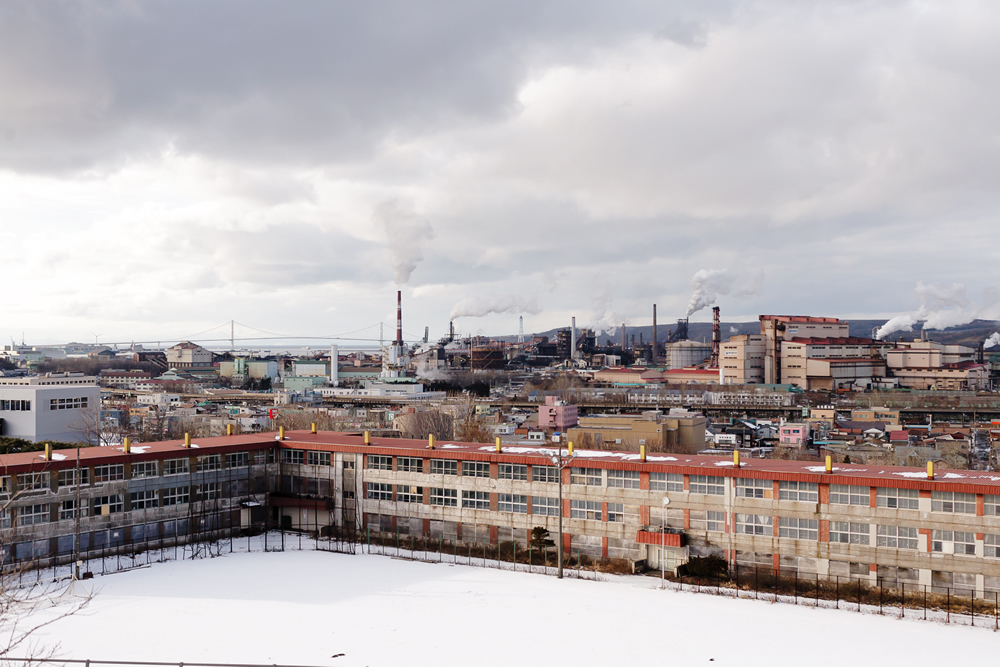 View of the factories from Shiomi Park. The movie, "The Man Who Wipes Mirrors" (2004), was filmed here. 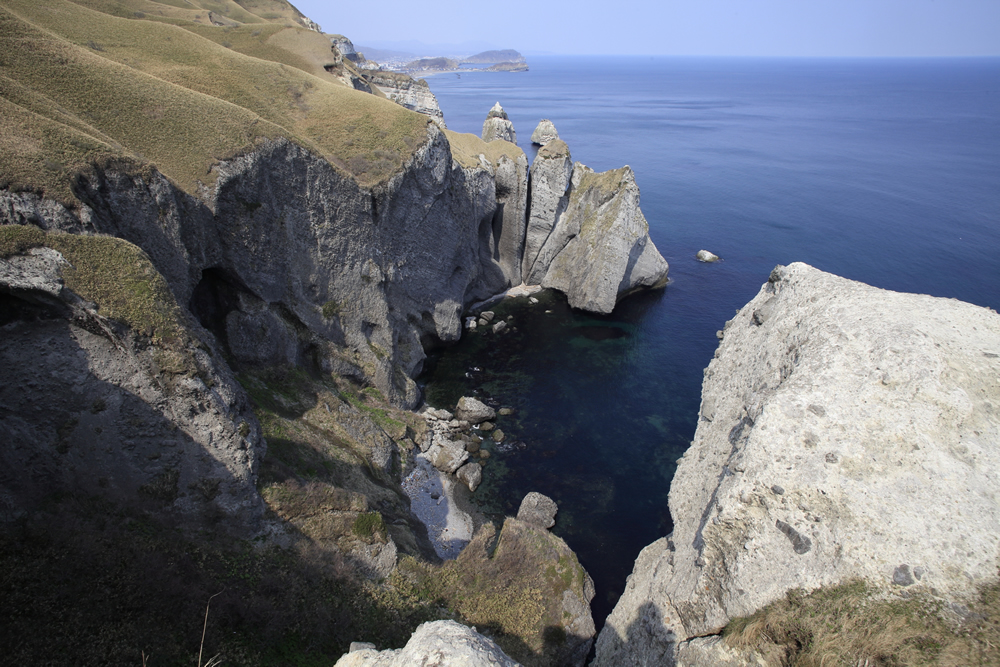 The atmosphere created by the deserted shopping district

As you walk around Muroran Station, you start to worry, thinking "Is this a ghost town?" since there are so few people at the shopping arcade in Chuo-cho. But, through the eyes of the movie director, this miserable, deserted atmosphere expresses the emotions felt by the actor and actress far more than their lines or facial expressions.

In "Mother", a drama written by the popular Japanese scriptwriter Sakamoto Yuji, Café Eikokukan was chosen for the location where the elementary student meets the teacher, the main character. In the popular movie series, "Tantei wa bar bi iru 2", the detective walks around the shopping district seeking to solve the case. 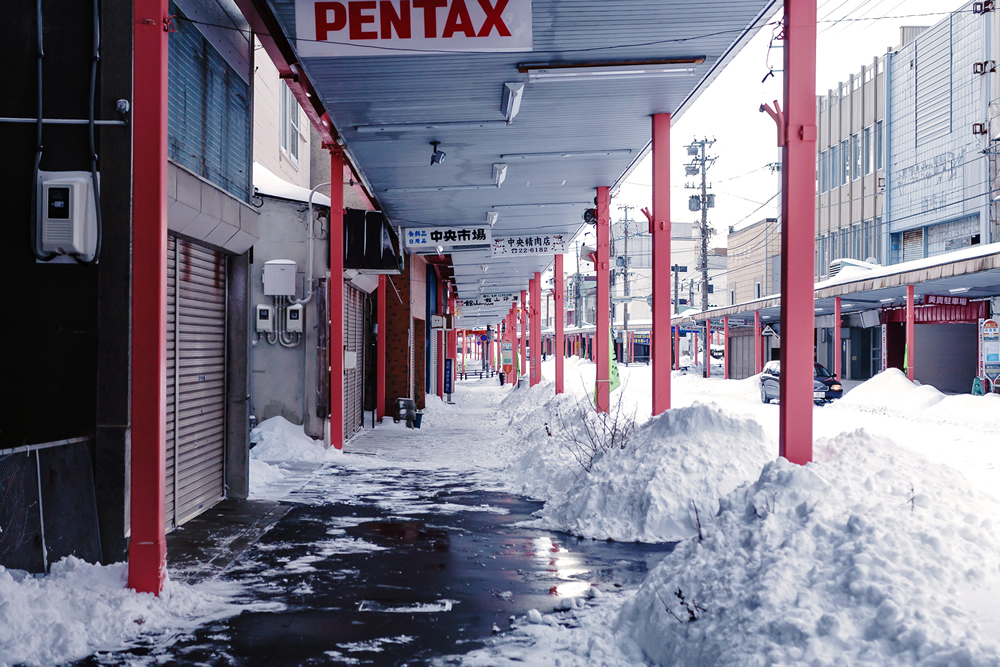 The Shopping Arcade of Chuo-cho

If you're curious about this neighborhood, you might try stopping at Oomachi Café Café. The coffee, brewed from beans ground after you place your order, is excellent. Try to get the owner to talk about her memories such as, "that pachinko parlor used to be a movie theater" or "the Ferris wheel at the aquarium has been there for 50 years." 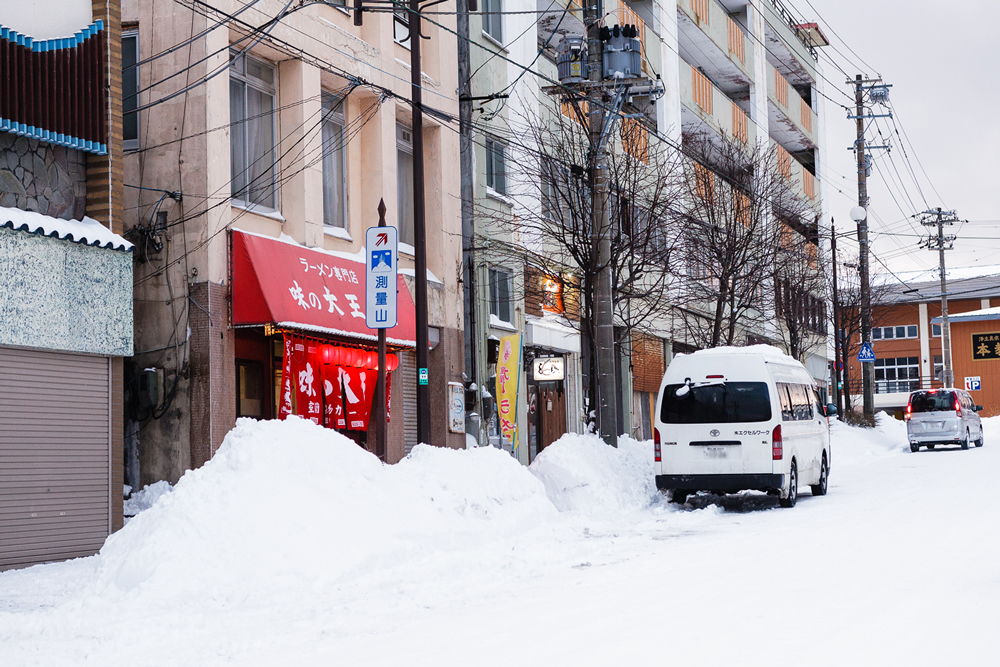 Buildings which move one to tears by mere sight

Whenever I visit a town, I'm always attracted to the old buildings. Every time I visit Muroran and see the circular buildings of the former Etomo Elementary School again, I feel relieved. 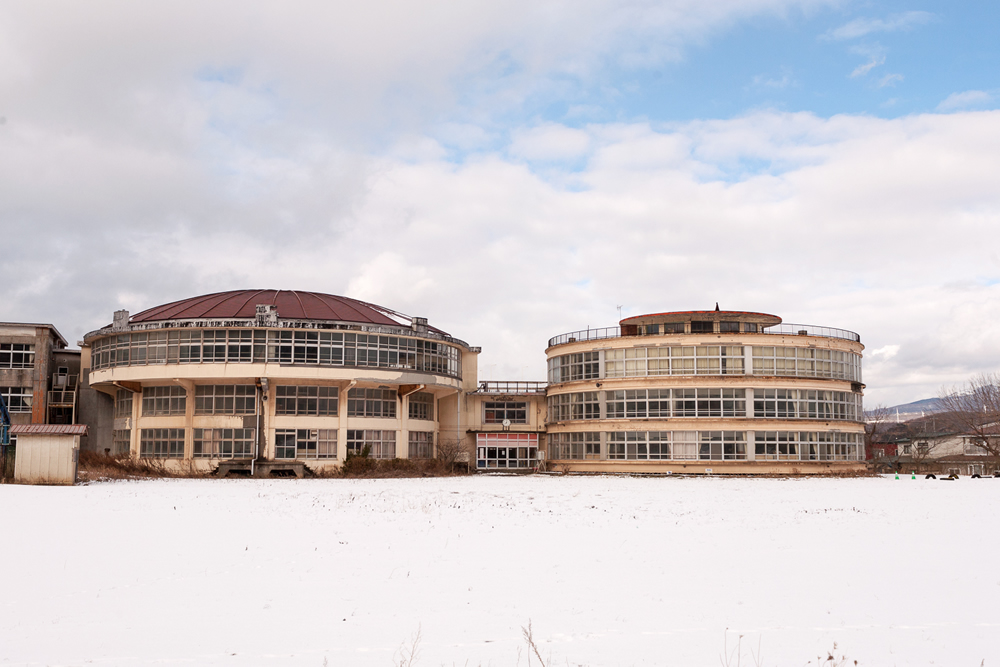 The former Etomo Elementary School was founded in 1892. The connected circular school buildings are a rare sight in Japan and were built in 1958.

The former Etomo Elementary School was founded in 1892. The connected circular school buildings are a rare sight in Japan and were built in 1958.
The classrooms, when seen from above, are arranged in a donut shape, as if a Baumkuchen cake cut into pieces. One of the graduates said "The blackboards were in the center and everyone studied in the natural light shining through the windows behind us". Although the school is already closed, it has been used in movies and television dramas as the elementary school where the heroine attends. I become teary eyed just at the mere sight of the school, even though I'm not an alumnus. 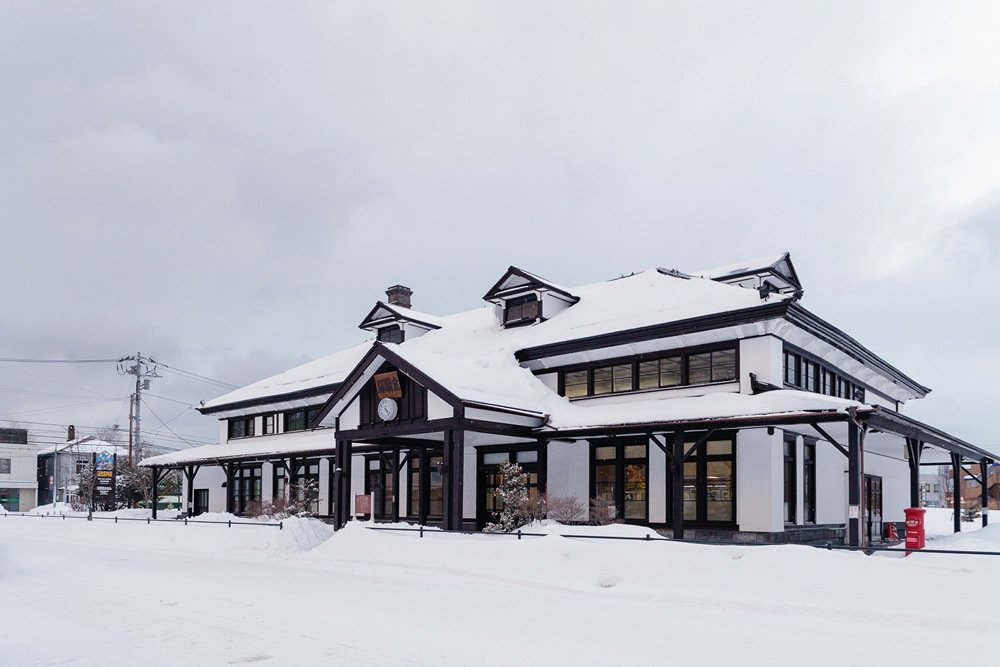 Shooting Muroran in a 24-hour visit

How many people know that commercials for Sapporo Beer and Subaru have been shot in Muroran? One promoter from Tokyo, who recognized the attractiveness of Muroran, organized the "Tori FES in Muroran 2016". Last September, 169 photographers gathered and stayed in Muroran for 24 hours, taking pictures. From these, 30 were selected. 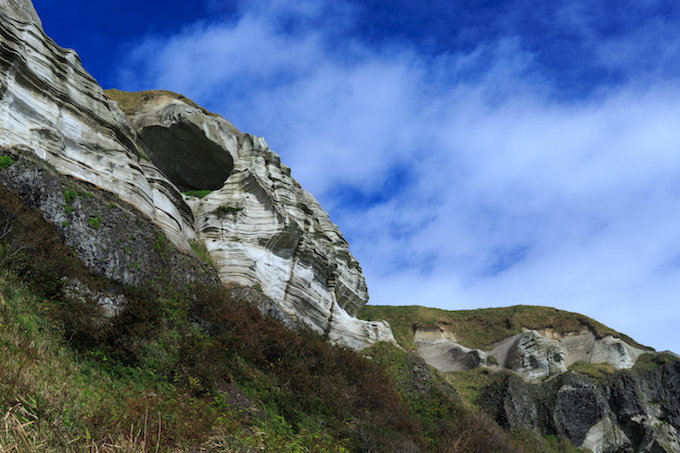 Semi-grand Prize: Looking up at a rockface from Itanki Beach (Photograph by Ishida Naoya from Aomori) 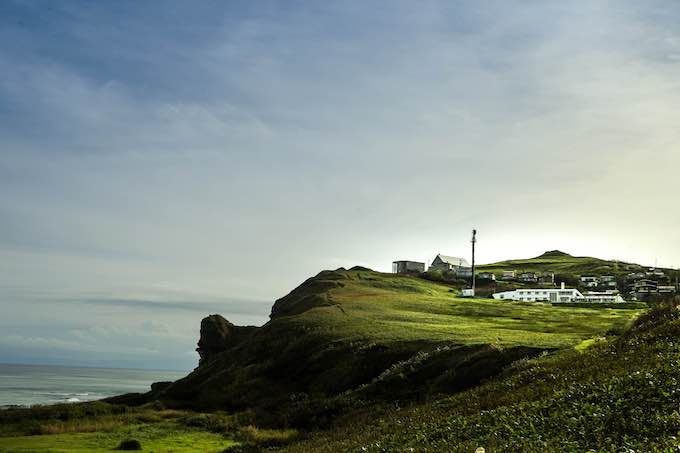 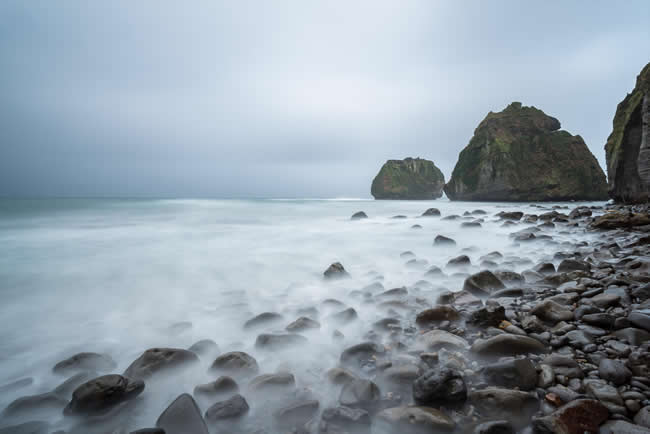 A collection of materials and photographs of local historic buildings. The Historical Gallery of the Former Muroran Branch of Mitsubishi Limited Partnership Company is open to the public. Activities include the preservation of historic buildings, and holding city walking events and study sessions.
Hours: 10:00 to 17:00
Closed: Saturdays, Sundays and holidays
2-1 Midori-cho Muroran, Hokkaido, Japan
Website (Japanese)

The Northern Museum of Visual Culture

The museum stores and exhibits articles and footage of movies, TV dramas and documentaries shot on location in Hokkaido. The Muroran Location Map, which was produced in collaboration with the museum, is available at the Muroran Tourist Association.