This region was originally named "So-rapci" ("bottom of the waterfall") by Hokkaido's indigenous Ainu. When the wajin (the ethnic group of mainland Japan) began to settle the region, they named it "Sorachi-buto", and when the first village was founded, the name was changed to "Takikawa" ("waterfall river"), after the original meaning of "Sorachi".
Words by Yajima Azusa
Photographs by Ito Rumiko
Translation by Xene Inc.

Takikawa City is situated in the approximate center of Hokkaido, upon plains lying between the confluence of the Ishikari River and the Sorachi River.
In 1869, as the Japanese development of Hokkaido began in earnest, Takikawa's coal mines were connected to Hokkaido's first railway, roads were established, and the coal mining industry continued to develop. The first wajin settlement in this area begun in 1886, and consisted of residents on the left and right banks of the Sorachi River, who worked to provide supplies to road construction personnel such as surveyors and workers. 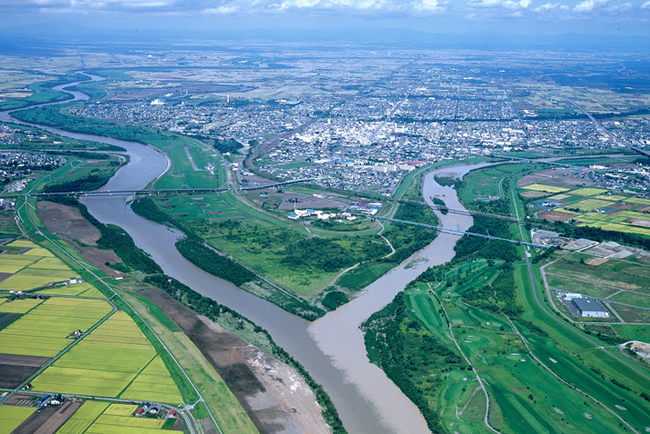 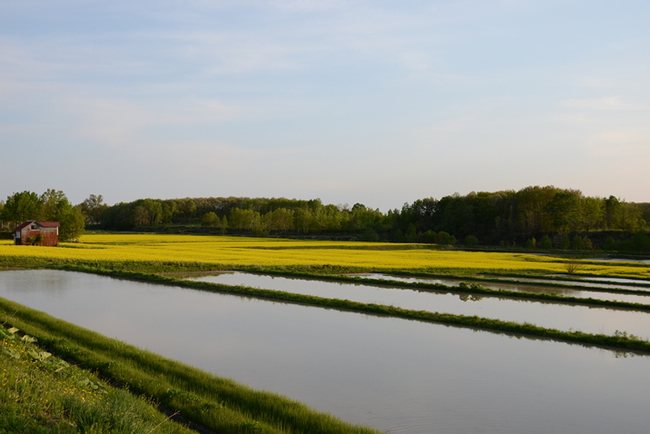 Known for its rice paddy scenery, the Ebeotsu Region is listed in “The Most Beautiful Villages in Japan”
(Photograph courtesy of the City of Takikawa)

The village of Takikawa was founded in 1890, with 440 homesteads of tonden-hei, who normally worked as pioneering farmers, but could fight as soldiers if necessary. Four years later, 400 homesteads of tonden-hei settled at Ebeotsu. (Ebeotsu was merged into the municipality of Takikawa in 1971.) Agriculture in this region was first established as the tonden-hei cultivated land to grow crops such as potatoes, wheat, chestnuts, and beans.

In 1891, cultivation of apple orchards begun. Production increased year by year, and from around 1902, production had flourished to the extent that merchants would visit from Otaru, Asahikawa, Kitami, and Tokachi to purchase apples. Apples grown in Takikawa became renowned for quality, taking first place at the 1905 Hokkaido Agricultural Fair.

Built at the time of the village's founding, this building was originally a dry goods store. It now serves as a hardware store. 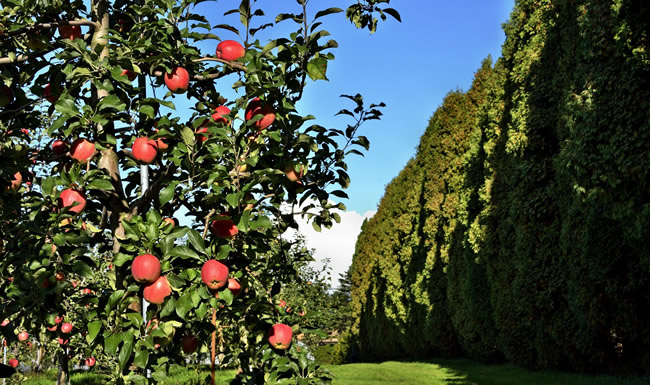 Ebeotsu Apple Orchards (Photograph courtesy of the City of Takikawa)

Creating an ideal countryside in this beautiful farming village

In 1913, farmers in Takikawa first began to raise sheep as a side business. Five years later, the Takikawa Sheep Husbandry Facility was opened, and research began to develop not only the wool industry, but also to find ways to enjoy sheepmeat. This was the inception of "Genghis Khan", Hokkaido's iconic regional lamb barbecue cuisine.

Beautiful farming village scenery, such as fields of vibrant rape blossoms, are another charm of this region. Red dragonflies soar across the fields, apples ripen upon the hillsides, creating an unforgettable scene. Renowned Japanese painter Iwahashi Hideto was born and raised amidst the great beauty of these lands. Takikawa is also well known in art circles for events such as “Exercises for Creating an Ideal Countryside” art school held by world-renowned sculptor, Igarashi Takenobu. 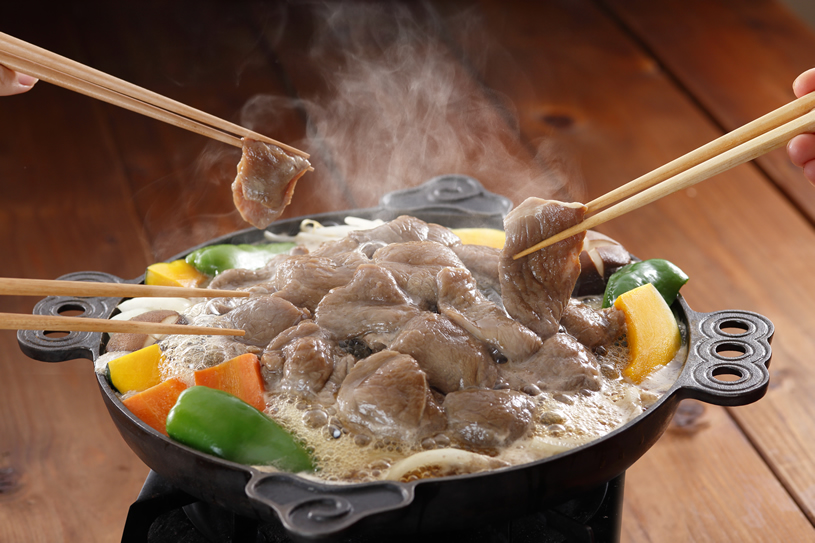 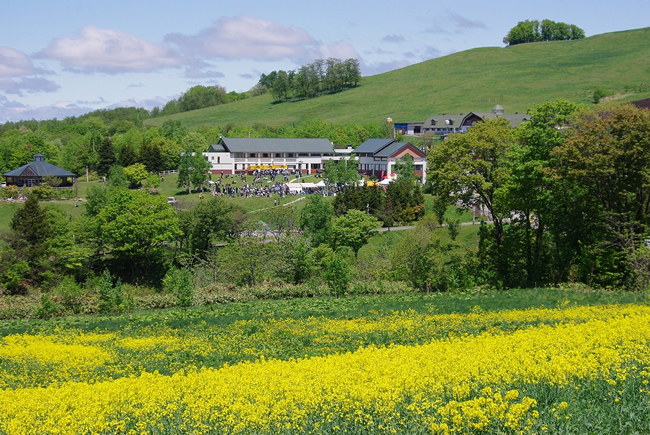 *Unauthorized use of photographs provited by Matsuo incorporated and the city of Takikawa is prohibited.