Why did "Genghis Khan" become so popular in Hokkaido?

Lamb and mutton became available to eat in Hokkaido in the early 1900s. A farmer began rearing five sheep as a sideline in a village called Ebeotsu in 1913. Why did Genghis Khan (pronounced jingisukan in Japanese) become so popular in Hokkaido?
Words by Yajima Azusa
Photographs by Ito Rumiko
Translation by Xene Inc. 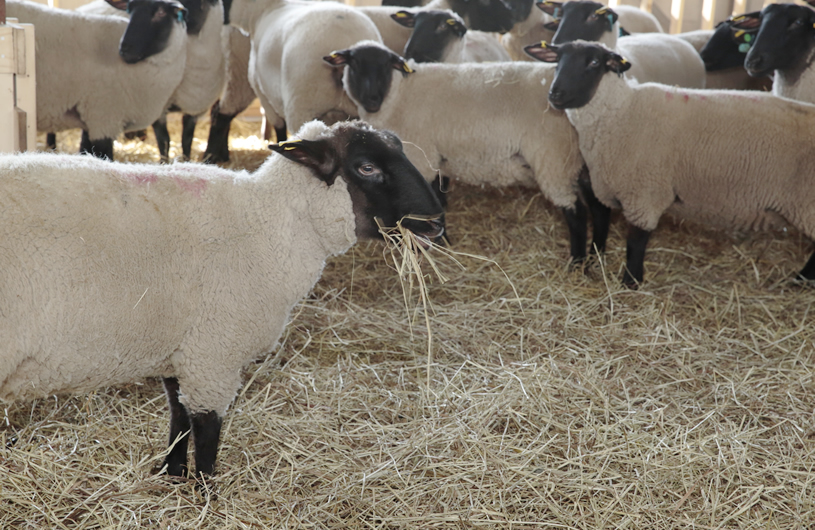 Matsuo Sheep Farm, which began the production of Suffolk sheep in Takikawa

Wool once was a war supply item

Sheep were first brought to Hokkaido in 1857. Sheep raising began when ten were kept at Hakodate Magistrate's Office. This was eighteen years before Edwin Dun, an American who made a big contribution to the livestock industry of Hokkaido, was posted at Nanae Agricultural Test Site.

When Hokkaido was being pioneered, various breeds of sheep were being imported, including Merinos for their wool and Southdowns for meat. It was thought that the introduction of Western culture through the opening of Japan to foreign trade would change eating habits and the consumption of wool goods. The Hokkaido Development Commission opened a sheep ranch in Sapporo, but it was not productive because of such problems as communicable diseases.

In 1914, the government set the goal of domestic production of wool sheep to acquire military and naval uniforms and military blankets. In 1918, it launched a plan to increase production to 1 million head by 1925, and it established sheep ranches in five locations throughout the country, including Takikawa and Tsukisamu, Sapporo. At that time research began on ways of utilizing sheep, including not just for wool, but also ways of eating lamb and mutton. Before long, the Corriedale breed, which is raised for both wool and meat, began to replace the other breeds. 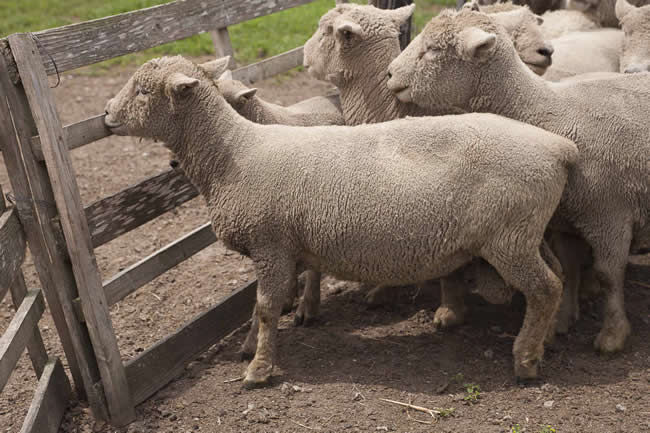 Southdown sheep, which are called the king of sheepmeat (Photograph by Kurose Michio) 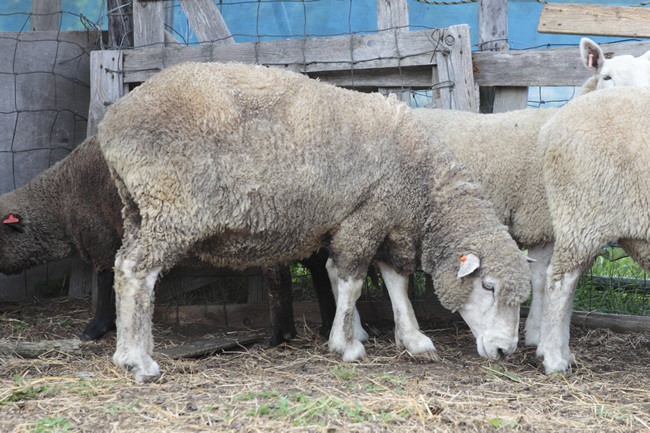 Corriedale was the main breed in Japan around 1955

Wanting to somehow get people to eat lamb and mutton

In the days when there was no custom of eating lamb or mutton in Japan, the meat was said to smell bad and to be inedible. The book "Wool Sheep and How to Raise Them," published in 1931, contained 30 sheepmeat recipes, and Genghis Khan was only one of them. So then, why did Genghis Khan spread to the point that it is considered a comfort food of the people of Hokkaido? 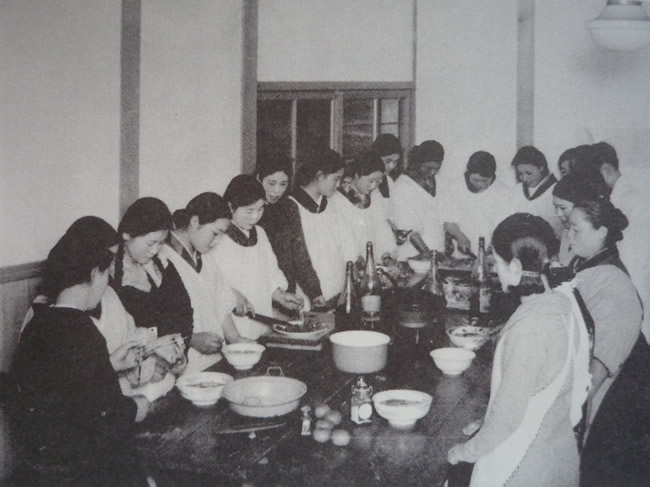 The origins of Genghis Khan as a marinaded dish

The first restaurant serving Genghis Khan appeared in Sapporo in 1936, and in 1953 the members-only Tsukisappu Genghis Khan Club was founded. In Sapporo, grilled sheepmeat was being dipped in sauce and then eaten, but in 1956 in Takikawa, where the restaurant Matsuo Genghis Khan was founded, the style of marinading meat before cooking it took hold. 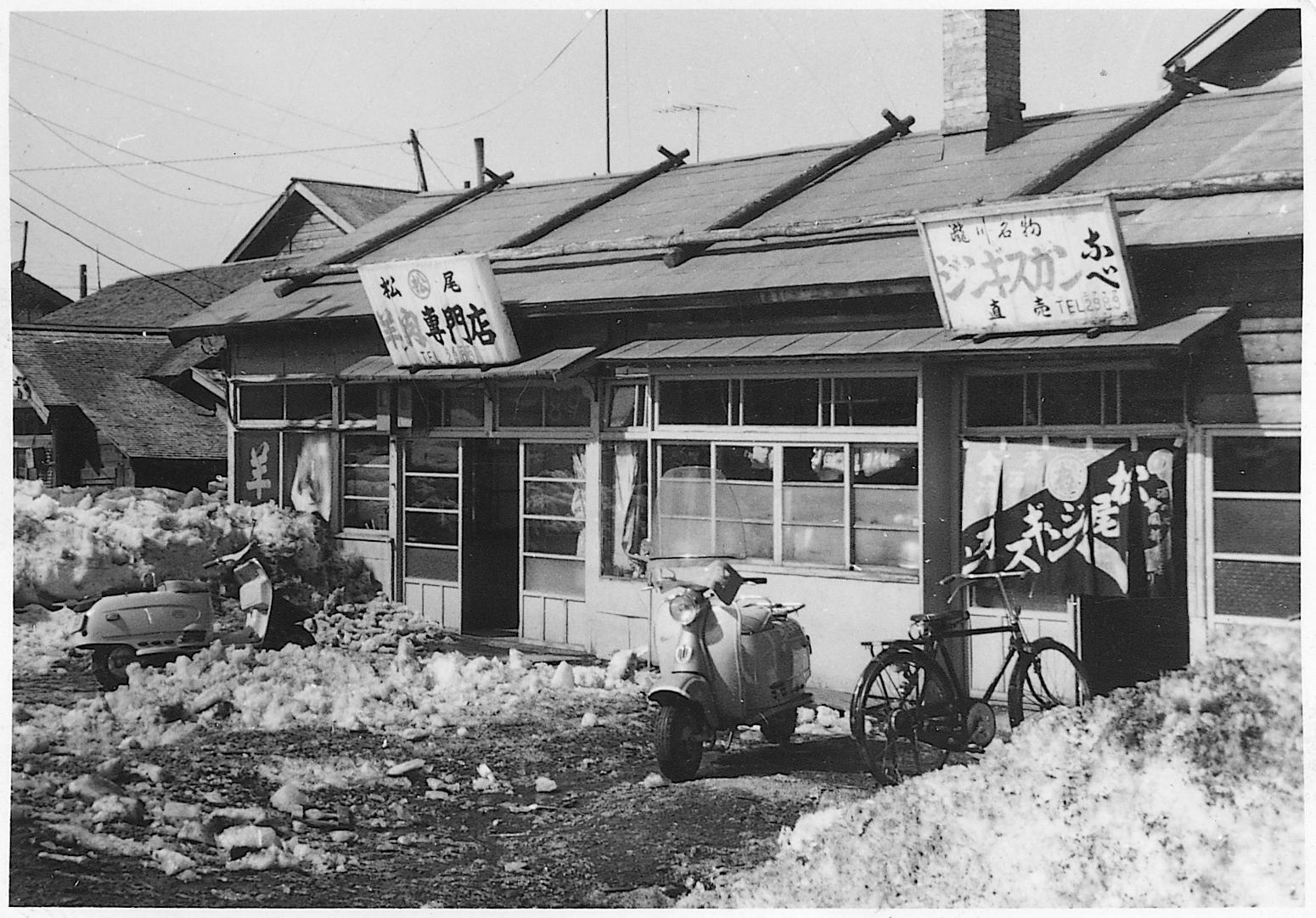 Matsuo Masaji, the founder of Matsuo Genghis Khan, first tasted Genghis Khan when he was 27 years old. He immediately thought he could make a business out of it and learned how to make marinade. He then made repeated improvements and developed his own original marinade made using apples and onions grown in Takikawa. His Genghis Khan did not sell well when he first opened the restaurant, but his promotional strategy of taking a portable clay cooking stove and charcoal to a park during the cherry blossom viewing season and serving Genghis Khan to the people gathered there to see the flowers was a great success. 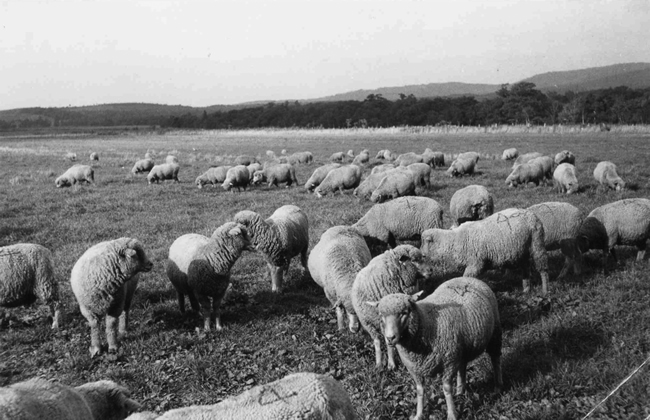 In the days when there were no refrigerators, there were places where sheep raised for meat were herded together and kept alive, such as dry riverbeds. (Courtesy of Matsuo Corporation)

Matsuo Genghis Khan insists on maintaining the same flavor it had when it was founded. Its marinade is made daily by grating apples and onions, and it is used fresh without cooking it. "It's a local dish because locals are eating it. We want to respect the flavor that spread from Takikawa, which is blessed with such good ingredients as lamb and mutton, apples and onions," says Sales Section Head Nagamori Kazuaki. 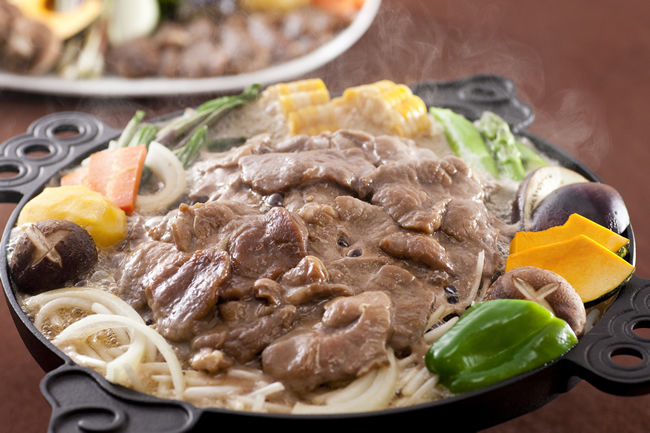 The Matsuo style is to grill marinaded meat and eat it with vegetables stewed in meat drippings and marinade. (Courtesy of Matsuo Corporation)

At the peak in 1957, 940,000 sheep were raised in Japan, but when imports were liberalized, the number fell rapidly. Recently only 16,000 sheep are being raised in Japan, with only 8,000 in Hokkaido. That was the situation when Matsuo Corporation opened Matsuo Sheep Farm last year. 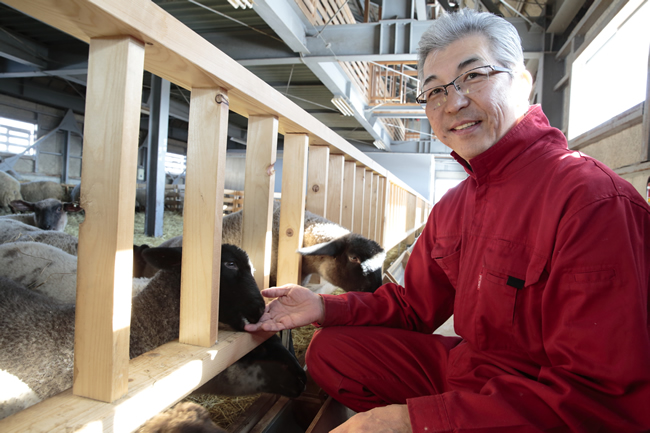 "I want Takikawa to become a sheep town again like in the old days," says Sato Nobuaki, the head of the farm. 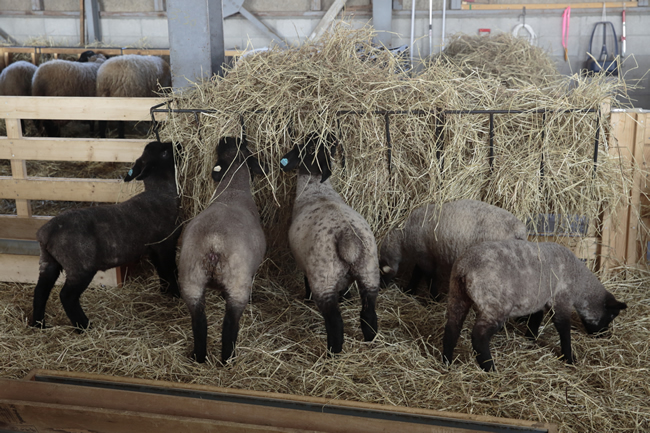 The sheep are fed hay made from grass grown on the dry bed of the Ishikari River, as well as rice and barley grown in Takikawa.

The farm currently is keeping 113 sheep, including newborns. "I want that number to be one-thousand ten years from now. There are things we can do that an individual rancher would find difficult because we have an established market. We want to promote ways of eating lamb and mutton other than Genghis Khan," said Sato. 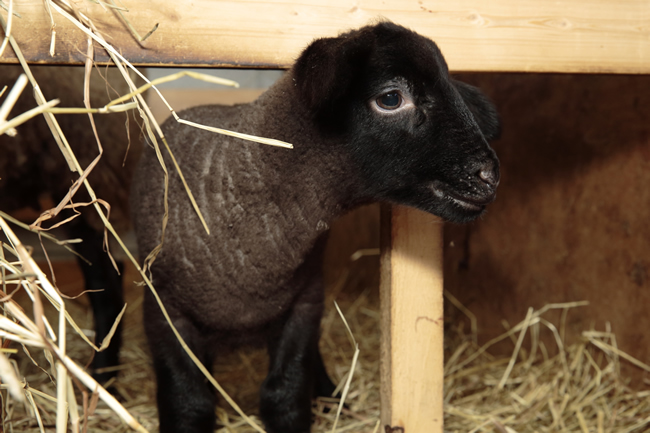 January is the peak month for births. Including the lambs born this year, the farm had 43 sheep as of the end of March. 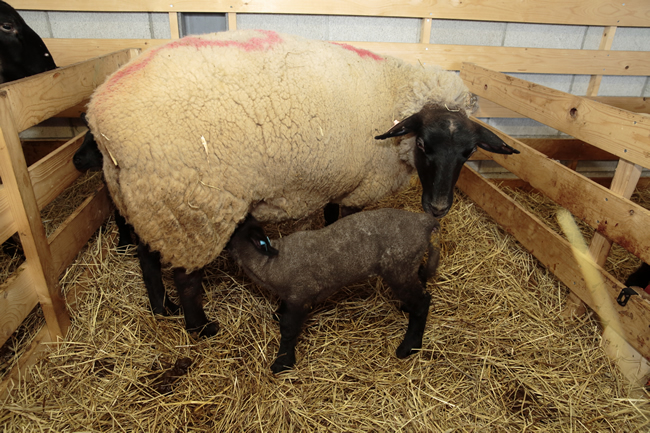 Manure and straw are recycled as compost by local farmers.

*Since this is a production ranch, it is not open to the public. If interested in a tour of the ranch for research purposes, please contact us in advance.