La Pecora draws mutton and lamb fans from around Japan

The father, who wants to popularize cooking that uses every part of a sheep, insists on using sheep raised in Hokkaido. Impressed by his father, Chef Kawauchi Katsuki returned to his hometown of Takikawa. Many customers come to the restaurant all the way from Tokyo to eat milk-fed lamb, which is only available in the spring.
Words by Yajima Azusa
Photographs by Ito Rumiko
Translation by Xene Inc. 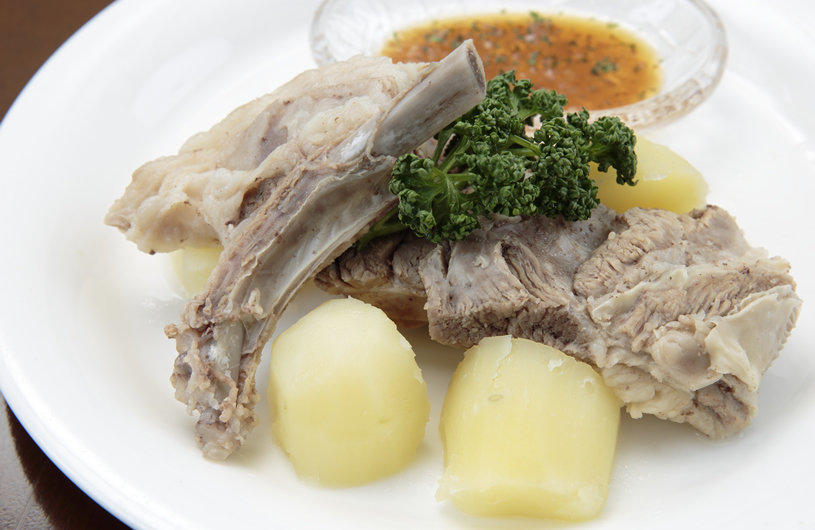 The first-generation chef sets out on a journey, leaving his son in charge of cooking the lamb and mutton

La Pecora, the restaurant's name, means "one sheep" in Italian. Kawauchi Chuichi, the first-generation chef, thought of creating lamb and mutton dishes after learning that the internal organs of sheep were being thrown away at a meat processing plant on the experimental livestock farm that was in Takikawa.
He learned mutton and lamb cooking in Inner Mongolia, Switzerland and Italy, then he opened La Pecora when he returned to Japan in 1990. Last year the first-generation chef retired, entrusted the restaurant to his son and emigrated to Malaysia. 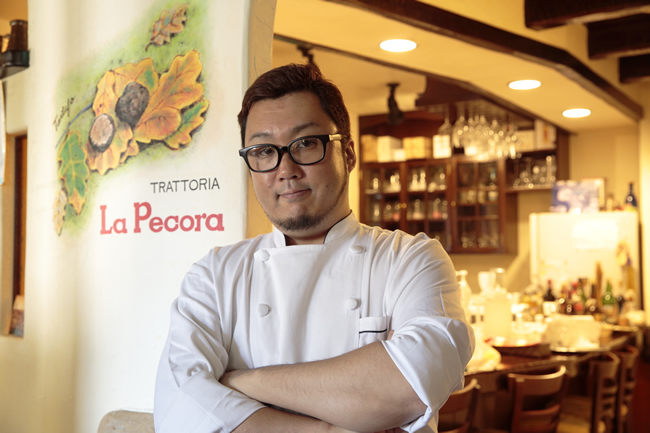 The son, Katsuki, had returned to Takikawa ten years earlier. At first, he had no intention of returning to Hokkaido or succeeding his father in the business. However, while working at a restaurant in Saitama, he realized that Hokkaido is a treasure house of food ingredients and that his father is a great chef. He wanted to test his own skill at La Pecora.
He had frequently butted heads with his stubborn father, but it was by watching his father that he learned to be a chef who does everything himself. Whenever a sheep carcass was delivered, his father would teach him how to process it. He gradually was entrusted with cooking and could take on the challenge of creating his own new flavors. "It's my job to continue maintaining the good taste of this restaurant's food. I also want to find the appeal of new and different ingredients grown in Takikawa," Katsuki said.

The Inner Mongolian dish Shoubarou has the original flavor of lamb 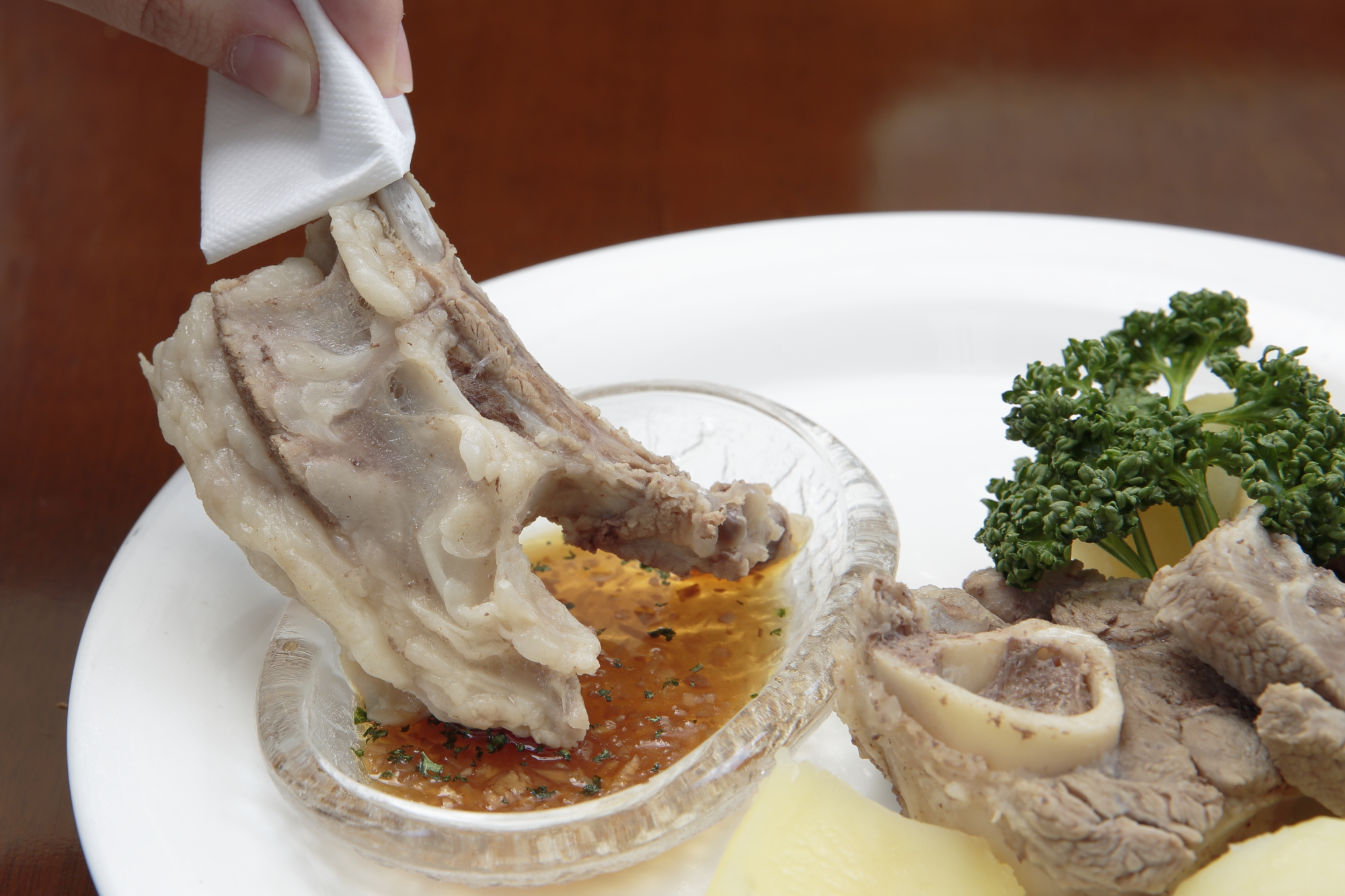 Shoubarou means "dish you eat with your hands."

One of La Pecora's famous dishes is Shoubarou, in which boned neck, ribs and shank are slowly boiled in salt water. It was a preserved food for the nomads of Inner Mongolia. Shoubarou allows you to enjoy the original taste of lamb.

When you try it, it is more tender than you imagined. Its fat is light and slightly sweet and it has no smell whatsoever. Potatoes boiled with the meat when it is being desalinated absorb a perfect amount of salt and the umami of the meat. 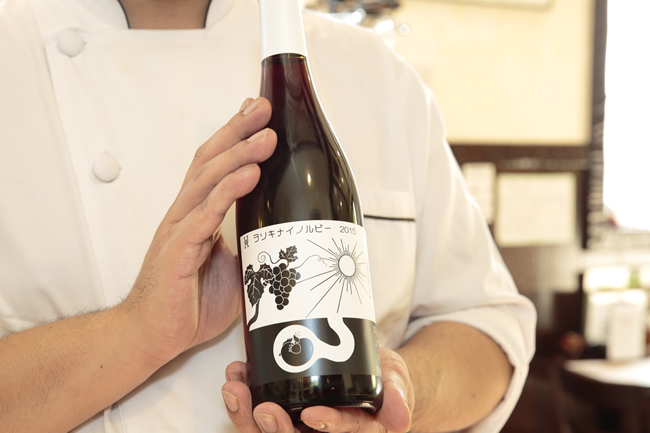 The chef recommended a red wine made 100 percent with Seibel grapes grown at Utsunomiya Vineyard in Urausu-cho. 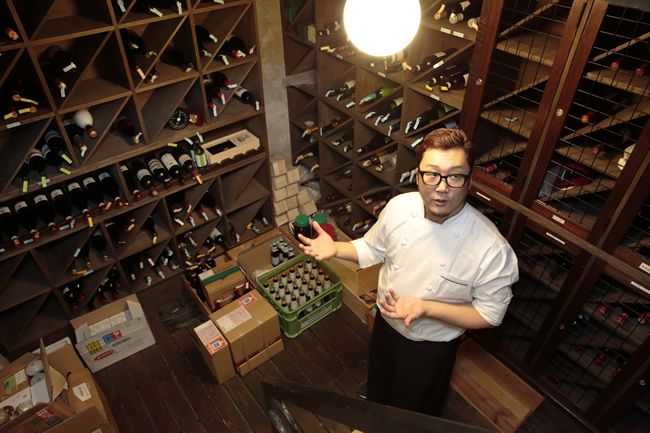 The wine cellar, which the original chef most emphasized when creating the restaurant

Spring is the season for milk-fed lamb. In the northern hemisphere, sheep give birth between January and March. Milk-fed lamb refers to the meat of a lamb butchered before it is weaned. It is a rare meat that can only be eaten between April and early May. 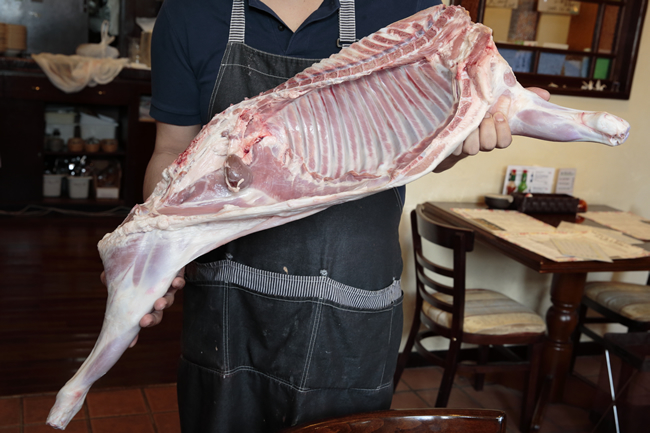 One-half of a milk-fed lamb's worth of meat on the bone, weighing less than 20 kg. 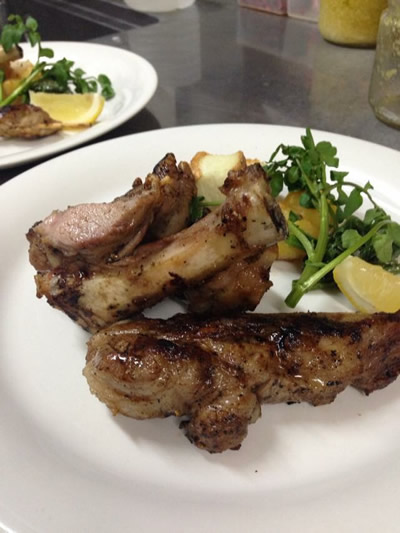 An assortment of grilled foods including milk-fed lamb.(Courtesy of La Pecora)

The sheep and lambs whose meat is served at La Pecora are raised at Hitsuji (Sheep) Marugoto Kenkyusho in Shiranuka-cho by Sakai Shingo. It is one of the few stock farms in Japan that sustains itself with wool and mutton/lamb alone, and its products are valued in the marketplace. Sakai's lamb was used for the lamb poêlé and roast served at the social dinner for the 2008 G8 Summit at Lake Toya, Hokkaido. 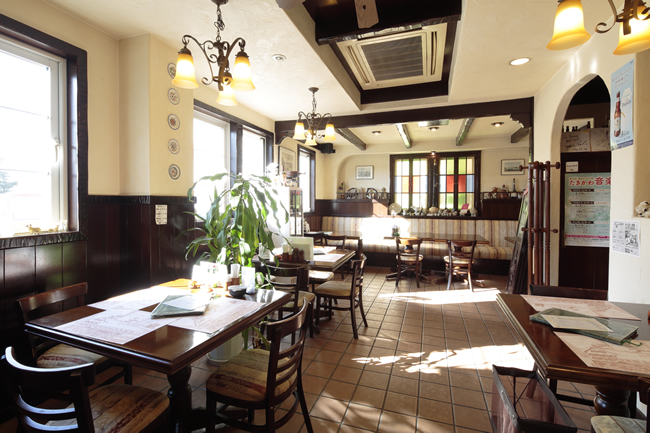 Everyone who visits La Pecora feels a fondness for this interior. 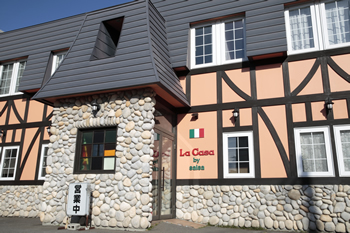 There are many wineries and vineyards in the Sorachi region near Takikawa. Eleven restaurants in Takikawa allow customers to bring with them free of charge wine produced in a Sorachi winery.
Website