Following an old map on a walk around Sosei Higashi #3 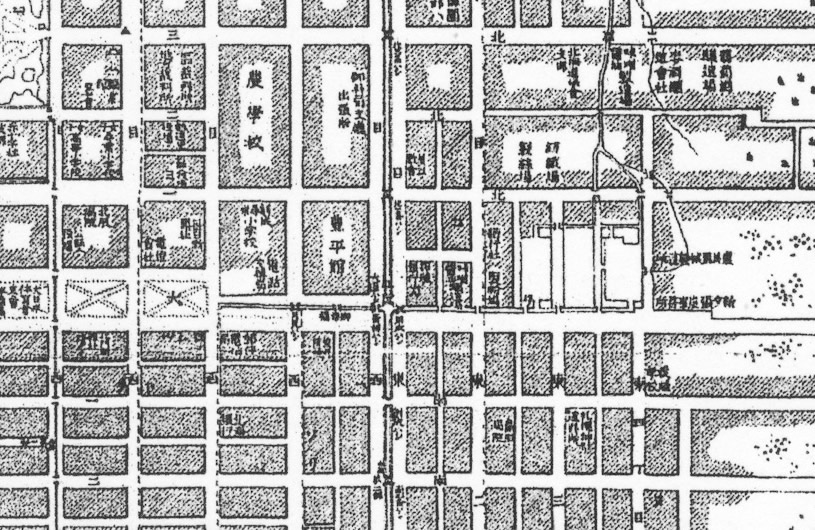 Although Sosei Higashi neighbors the city center, it has a unique and special atmosphere. One hint to unravel the mystery can be found in the history of Sapporo’s foundation and its ground water veins.
Words by Taniguchi Masaharu
Photographs by Ida Yukitaka
Translation by Xene Inc.

Noticing distortions in the lines of a grid pattern

One feature of Sapporo is the simple layout of the city like the lines of a grid pattern. But when you look to the northeast, from Odori Higashi 3-chome on a map to the Sapporo Factory, the blocks, which are very Sapporo-like, are a bit misaligned. 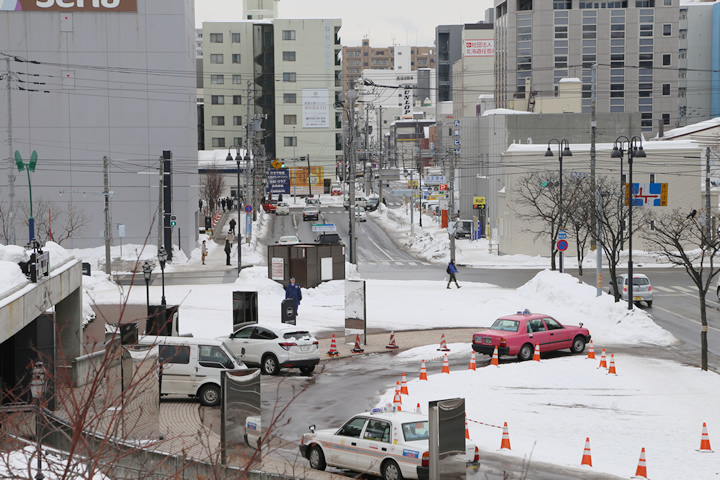 On "The Diagram of Sapporo City" issued in 1901, only the lines between Odori and Kita 2-jo of Higashi 4-chome-dori heading north are slightly out of alignment to the east. The characters, "Farming Tool and Machine Factory" and "Yubari Coal Office" are written in the field and orchard on Higashi 4-chome-dori. Why is this out of line? The answer can be found with the machine factory mentioned in previous article. 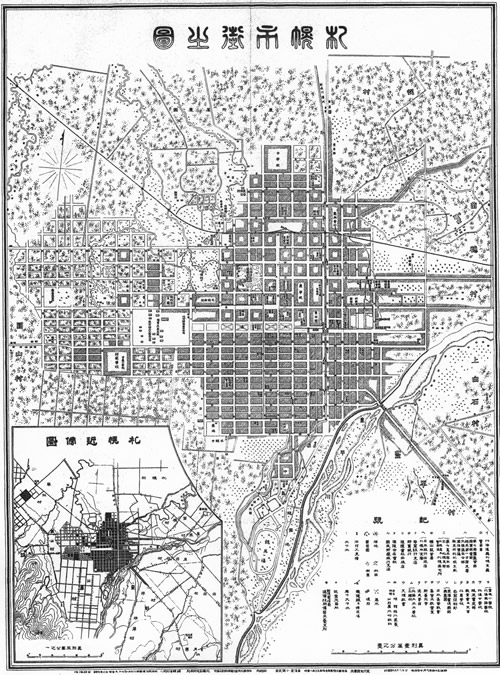 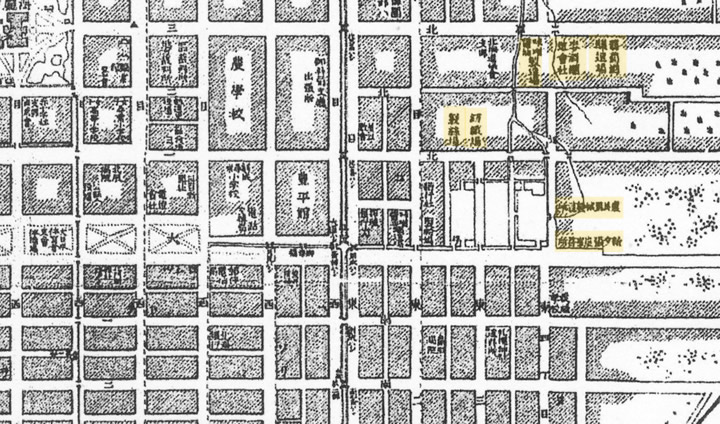 From 1872, Hokkaido Development Commission of the Meiji government, guided by hired foreigner, N. W. Holt, constructed a great industrial center around this area. A large number of construction materials, industrial machines, farming machines, equipment and tools essential for the development projects were produced every day. Although the Development Commission was abolished in 1882 and the projects of the Commission were sold to private companies, the buildings such as mills, spinning mills, miso and soy sauce factories as well as two lumber yards remained on maps until around 1910. The former lumber yard lake can be found between Odori Higashi 2-chome and 3-chome.

Present day Higashi 4-chome, the block for Sapporo Factory Frontier Kan (Kita 1-jo Higashi 4-chome) is out misaligned to the east, on the 1901 map, with the street stretched slightly to the north. However, a winery, brewery, and a miso and soy sauce factory blocked the way leading to a dead end and Higashi 4-chome-dori was not connected to Kita 3-jo-dori, the main street of the day. 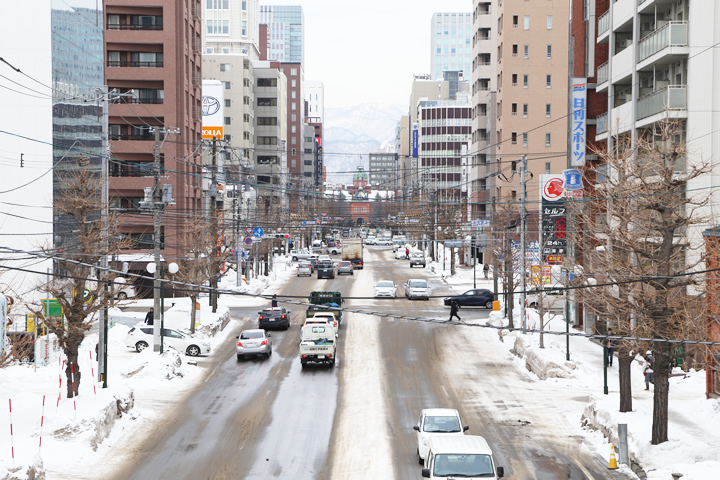 Let's return to the "Diagram of Sapporo City" issued in 1901.
Orchards surrounded the brewery and winery, currently Sapporo Factory. Production of wine and beer, as a part of the start of the national policy for the Encouragement of New Industry, was sold to private companies. Okura Kihachiro of the Okura zaibatsu (plutocracy) bought the brewery business, to form Dainippon Beer Co., Ltd. in a merger in 1906, and eventually becoming the current Sapporo Breweries Ltd.
Katsura Jiro from Choshu bought the winery, which played an important role in the early growth of domestic wines. But Katsura sold the winery to a Sapporo businessman, Tani Shichitaro, in 1891. Although Tani expanded sales to Tokyo, Osaka, and Nagoya, but went out of business in 1913 as unfamiliar imported alcohol did not gain popularity. The buildings of Renga Kan of Sapporo Factory were constructed between 1892 and 1897, with the spirit of that era rooted in every single brick. 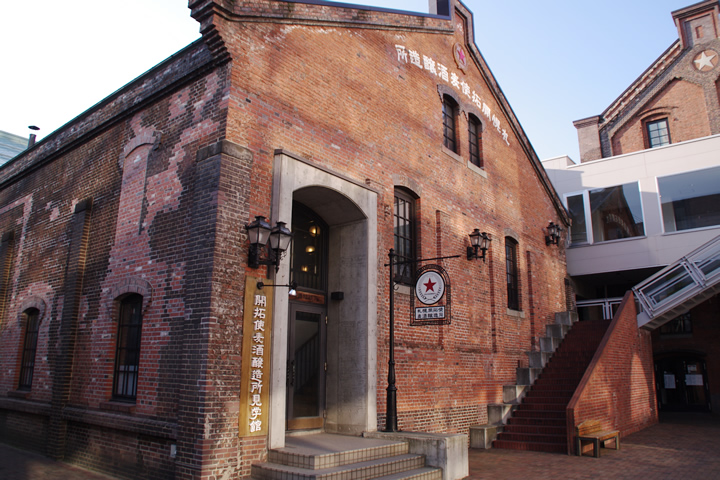 On the apron of Toyohira River alluvial fan

As seen up to now, the slight distortion in the blocks of Sosei Higashi created the machine factory and orchards which had long existed in the Meiji period.

Another point worth mentioning is the water flows. Sosei Higashi is on the apron of Toyohira River alluvial fan and the spring water used to become countless streams flowing to Fushiko River. The present Naebo Workshop of JR Hokkaido, founded as the Sapporo Workshop of Hokkaido Administration Bureau of Imperial Government Railways in the 40s of the Meiji period, was built on a former sandbank of Fushiko River.
Looking at maps of the early Showa period, many streams flow around the railroad vehicle workshop.

The abundant flowing water of Toyohira River has been helpful in the monozukuri (design and manufacturing) of many things, from machinery to food products. You can experience the historical features and customs of the lives of the people here at the Hokkaido Railway Technical Museum, Sapporo Beer Museum, Megmilk Snow Brand Museum and Chitosetsuru Sake Museum located near Naebo Station. 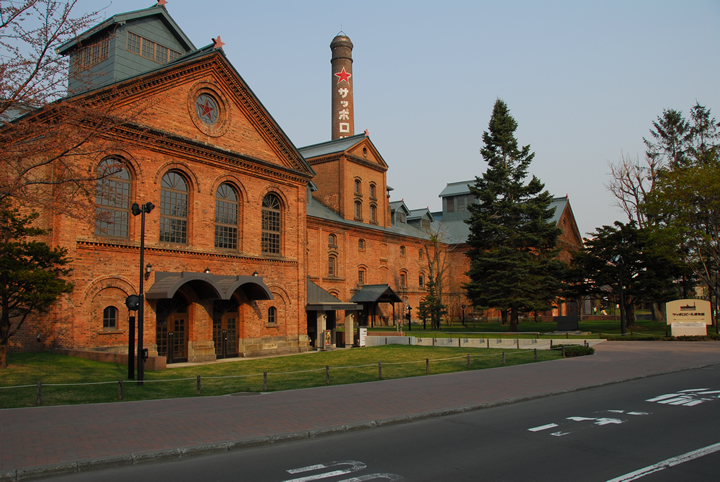 The former residence of Nagayama Takeshiro is in Kita 2-jo Higashi 6-chome, next to Sapporo Factory 3-jo Kan. Takeshiro Nagayama (1837 – 1904), was a soldier in the Japanese Army who developed the farmer-soldier system and served as the vice director general of the Hokkaido Government Office.
It is the water flows of Toyohira River alluvial fan which have formed Sapporo and the cutting-edge technologies during the age of the Development Commission which actually guide people who walking around Sosei Higashi. 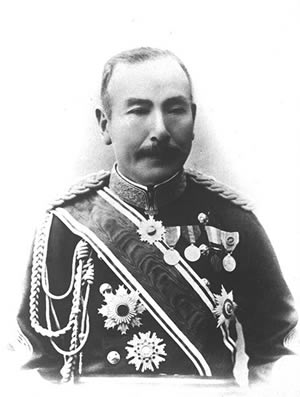 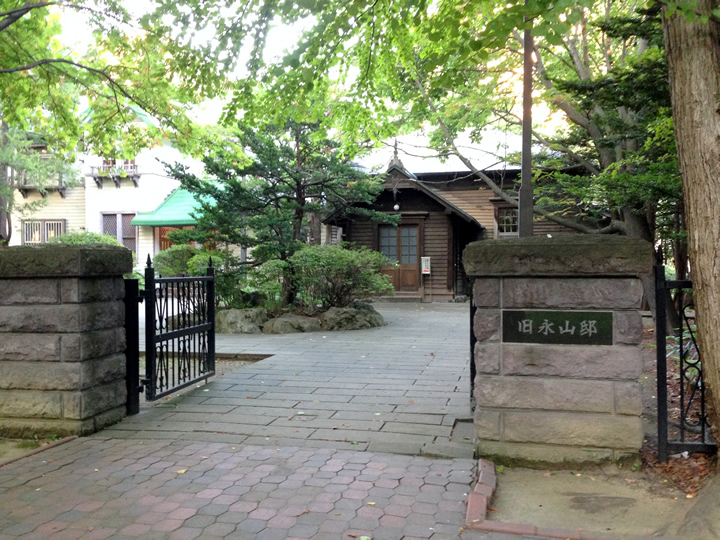 The former residence of Nagayama Takeshiro